Dashing through the Borders

Dashing through the Borders

For a lot of this year, I have been working down in the NE of England, and in the past couple of months in particular, I have been taking the train down there every week - a bit of a drag. Having finally managed to persuade my employers that being based down there for a few months would benefit everyone, I was on my way south. Too much stuff to take on the train, so I drove for a change. While this takes just as long and isn't the most enjoyable thing to do in the morning before work, it had the added advantage of a stop-off for a hill somewhere. Rather than follow the dull-looking A1, I decided to cut through the Borders on the A68, which gave me a few handy hill options.

I reckoned that Black Hill just south of Earlston was the best bet - it is small enough to squeeze into a half-hour slot, and looked to be a good viewpoint for the Eildon Hills. I parked up in a layby near Cowdenknowes Main farm and changed into my hill clothes (ie shorts and t-shirt). It was definitely chilly enough to warrant a jacket as well. 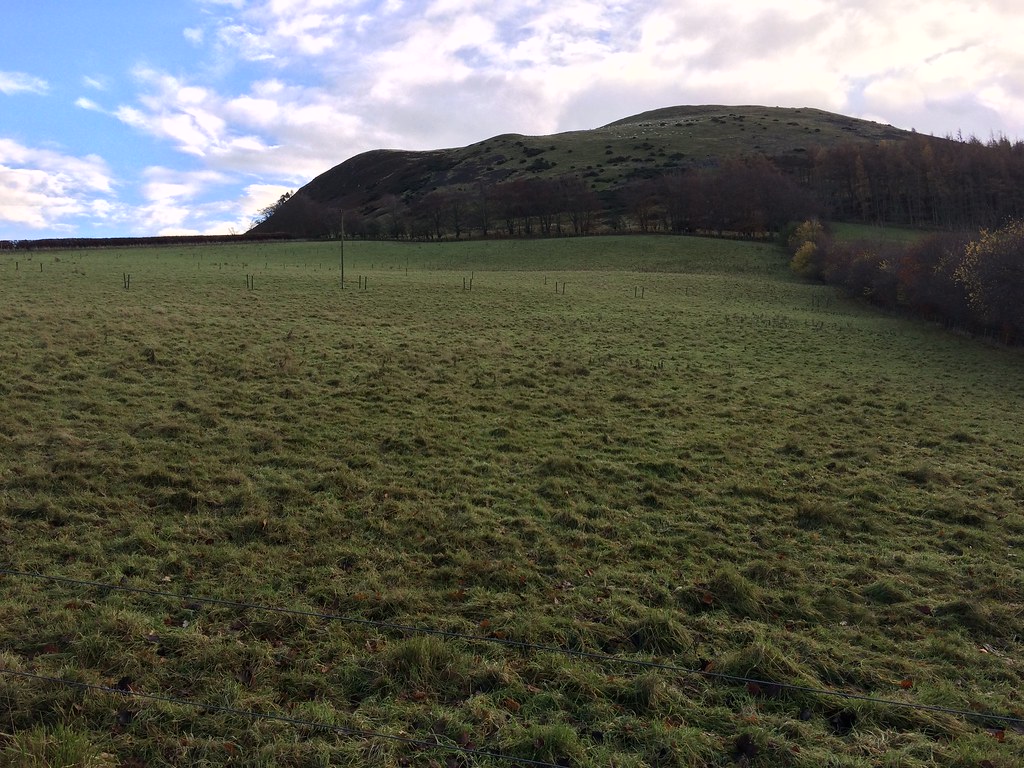 The lower part of the route follows a signposted path which was very muddy at this time of year - slitherly clay rather than peat. Once past the farm, a turn to the right takes you to the open hillside. 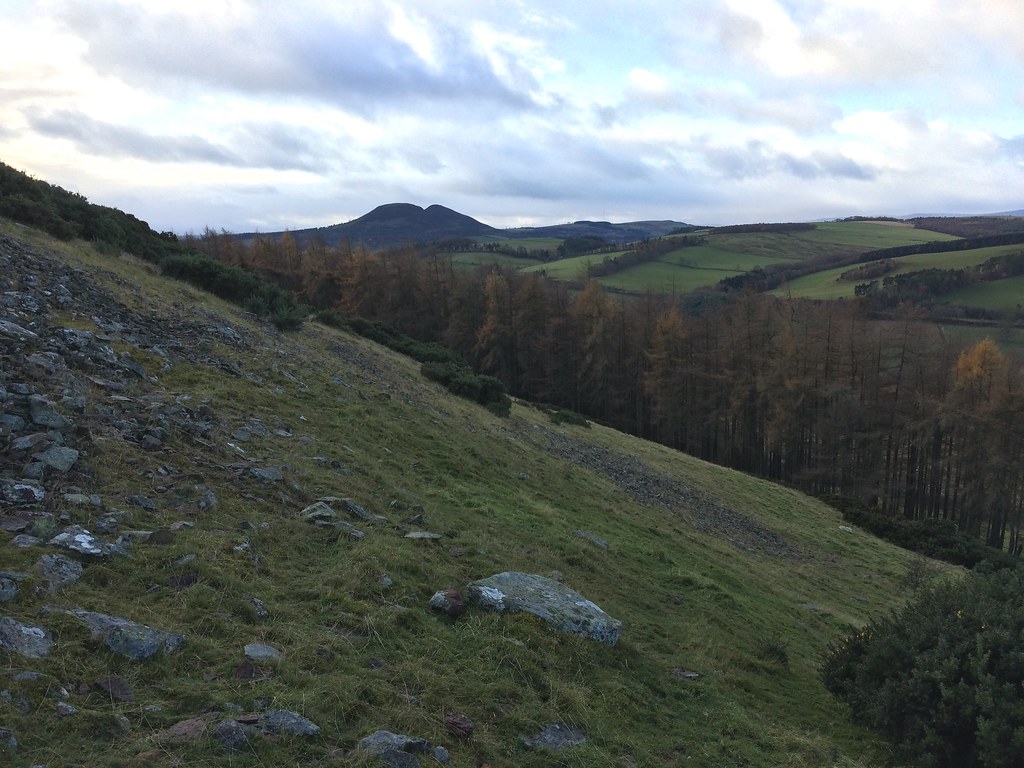 Eildon Hills from the ascent

There looked to be a longer, shallower way to the summit, but I went straight up, as the ground was much firmer here and pretty straightforward. I few animals streaked past me. I still can't work out whether they were large hares or small roe deer. 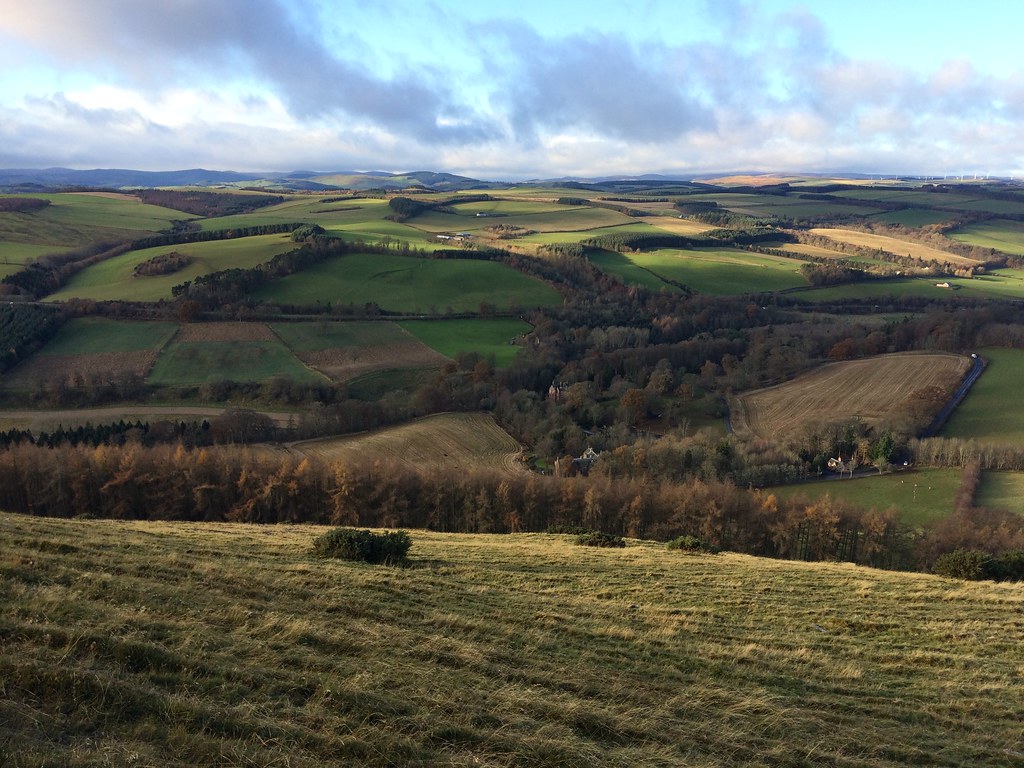 NW towards the Moorfoot Hills

The top takes barely any time to reach. Great views of an area I'm not overly familiar with, and a chilly wind! I passed a dog walker on the summit and decided to take the shallower descent route, which was a little longer. 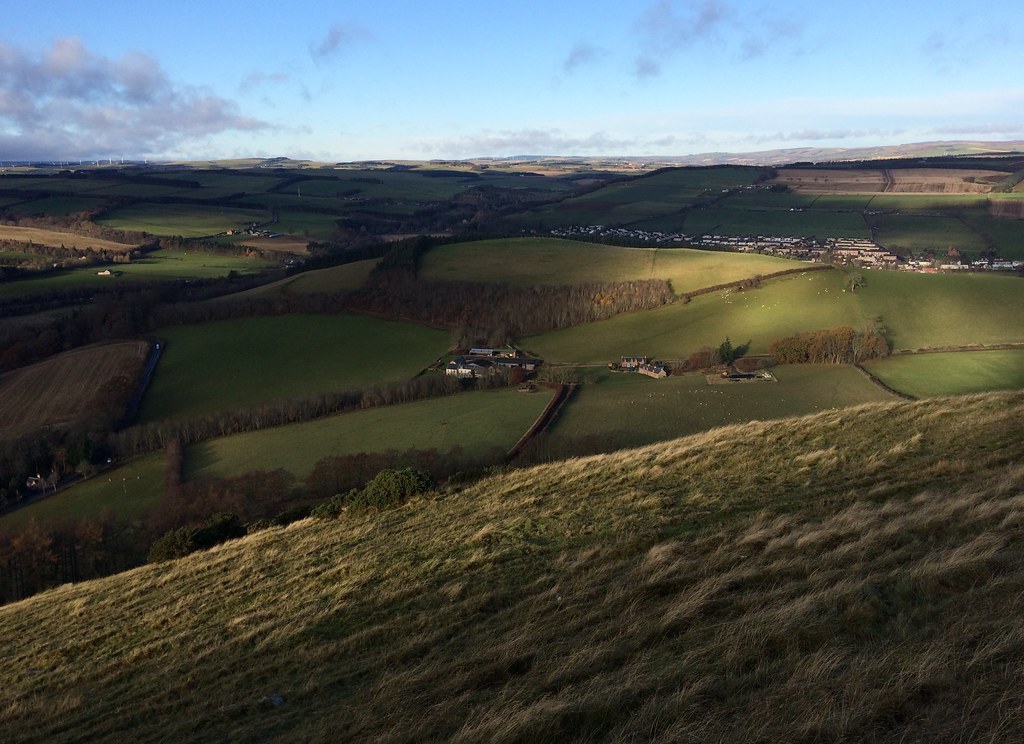 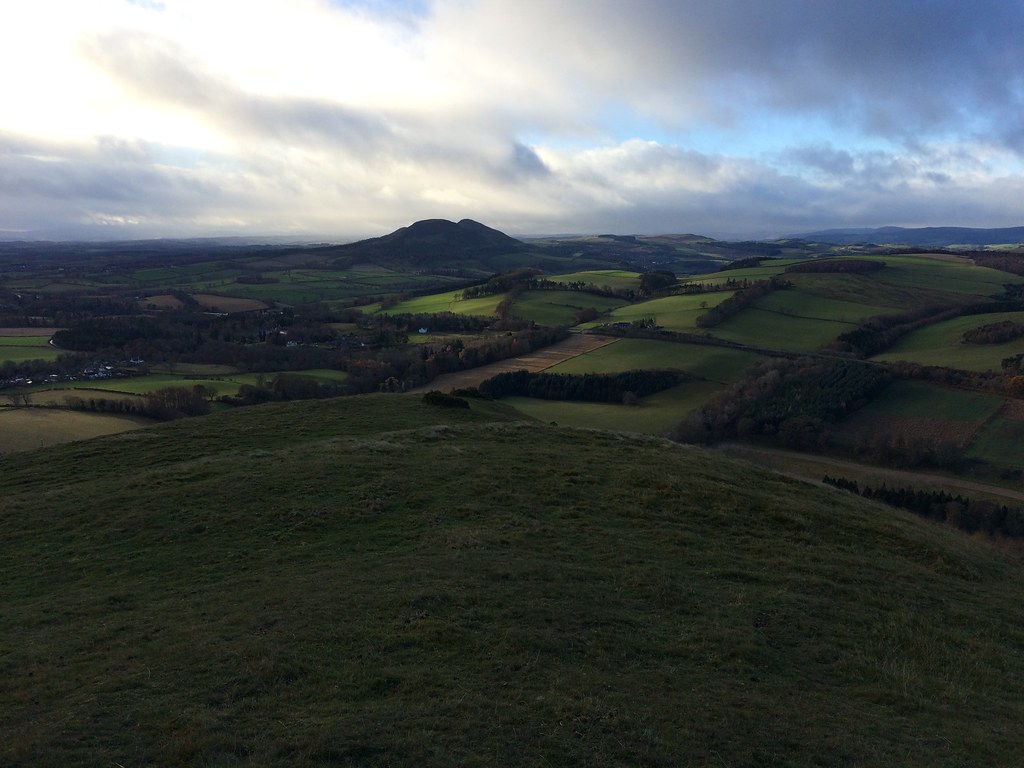 Eildon Hills from the summit 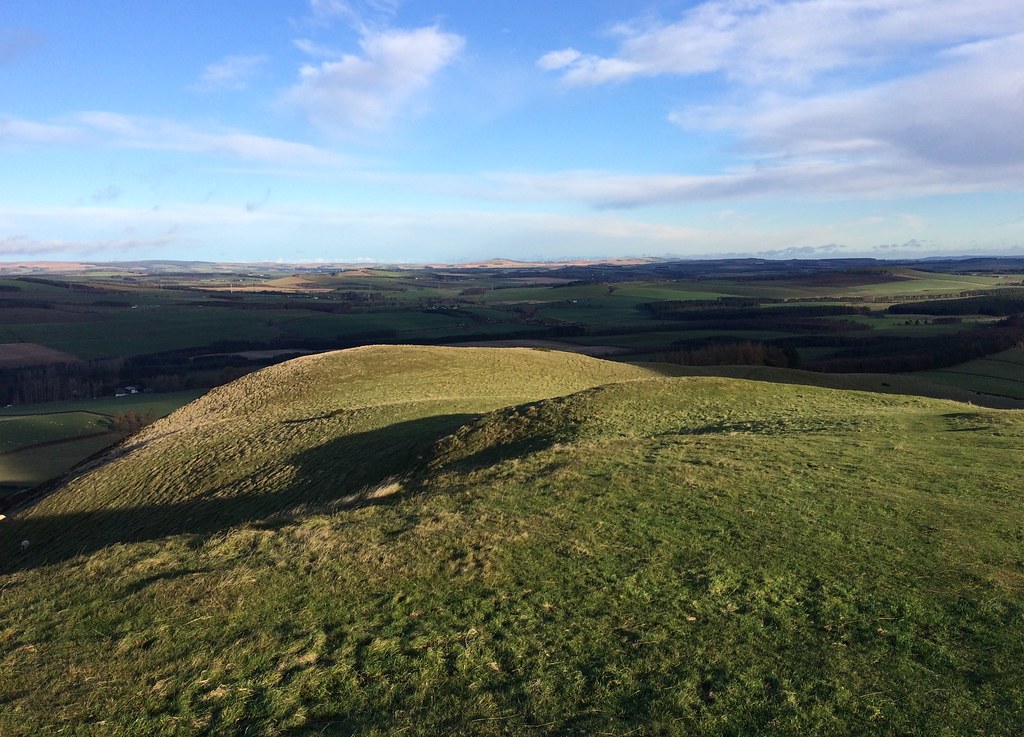 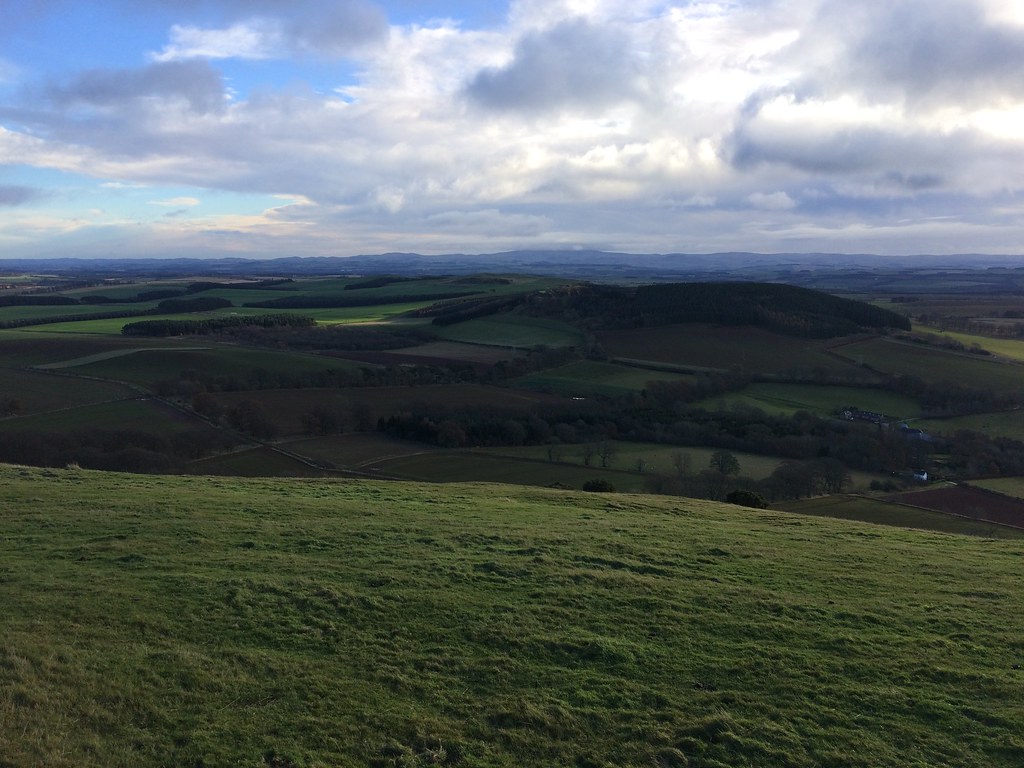 Cheviot is somewhere in that cloud 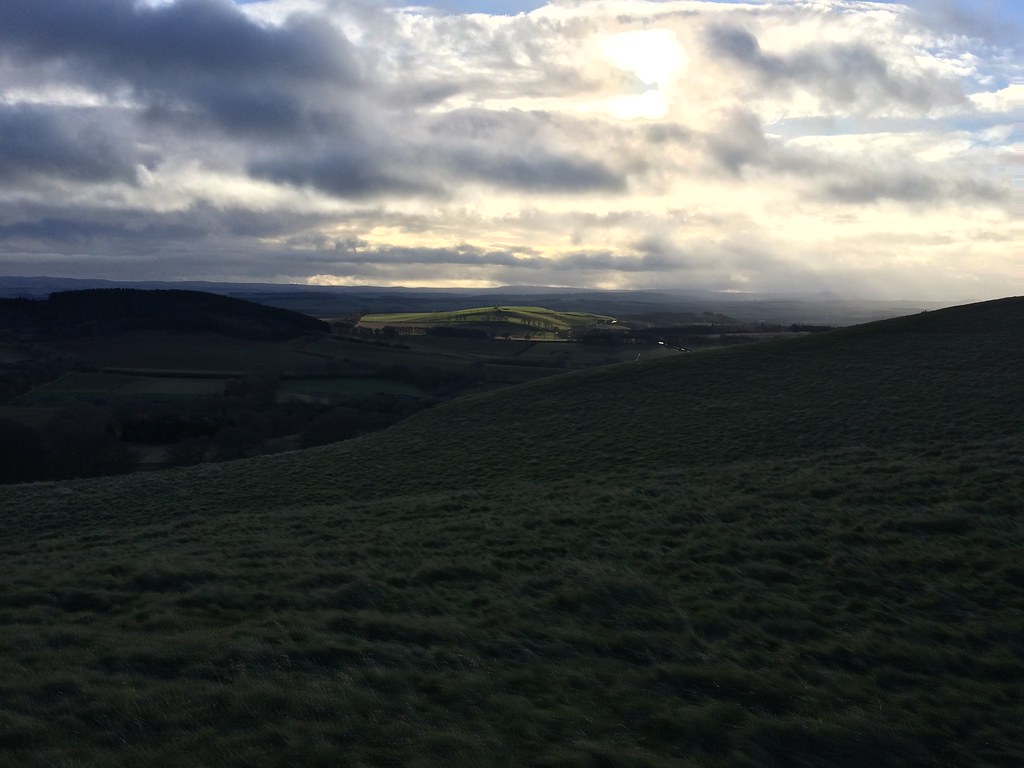 SW into the sun

Before long I had rejoined my outward route and dropped back to the car, where my feet were wetter and muddier than I had bargained for. 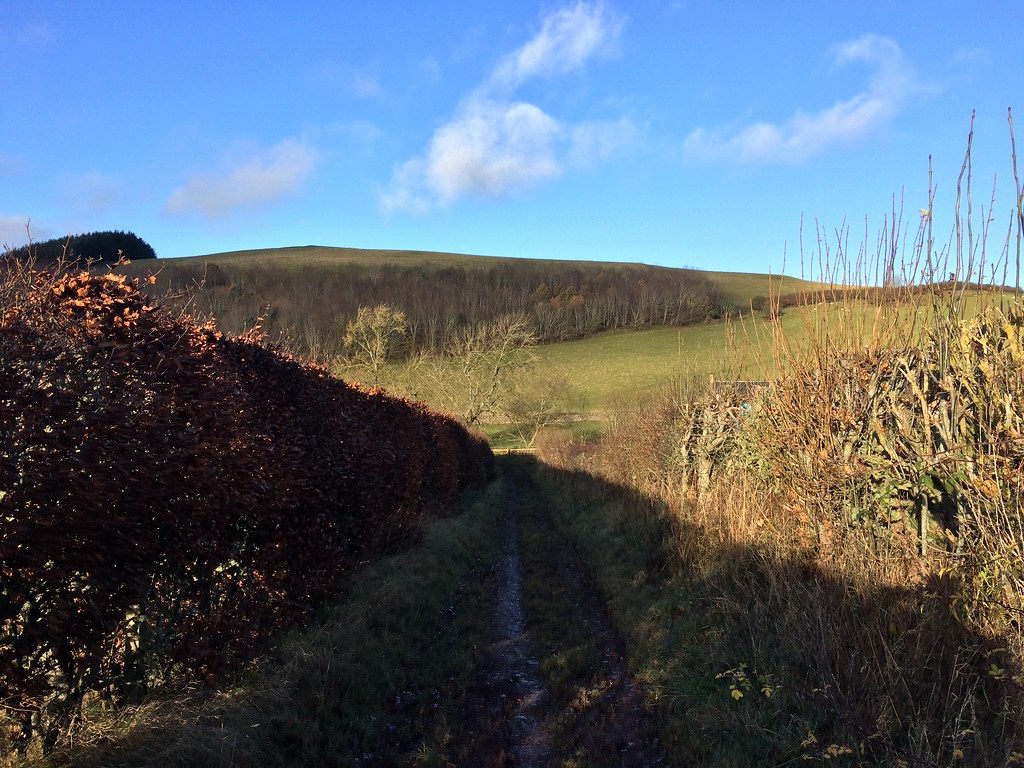 Descent back to the road

Time to hit the road again, the rain bizarrely coming on as I crossed the border into England at Carter Bar (I thought it was usually the other way round). Within 2 hours of leaving the summit of Black Hill, I was negotiating the motorways around Newcastle and Sunderland.

It must have been REALLY cold if you needed to don a jacket ...

Nice views - just a little bit more wintry than when I was there a month ago. It sounds like a good break.

I never find it starts or stops raining at Carter Bar or Coldstream, only Lamberton, although Carter Bar sometimes does a good line in Mysterious Mist.

Was on this one as few weeks back. A nice little hill, if a bit boggy on the approach

Is this you bang on 1/3rd of the way through the sub-2ks now Malky?