I'd not been out on the hills for several months and the weather kept taunting me by being fabulous when I've been stuck at work or had other commitments. While the weather forecast for Saturday was not great I thought I just had to get out.

I'd gone up Beinn Chabhair on a horrible day about 15 years ago with my brother, but I could not remember if we made it to the summit or gave up and headed home

Anyway, we parked at the Drover's Inn and set off just as the same time as another couple of guys. 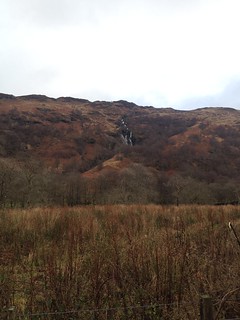 We skirted around the camping pods and headed up the steep stony path to the left of the Ben Glas Burn. It was a lot milder than we thought and it was not too long before we had to stop and take a layer or two off.

Despite the thaw I did think that by the time we'd got to the plateau that leads to the lochan we'd be walking in snow. There was not snow, at least not at this level and it was hard to distinguish between what was a path and what was an impromptu river dispersing the melt water. 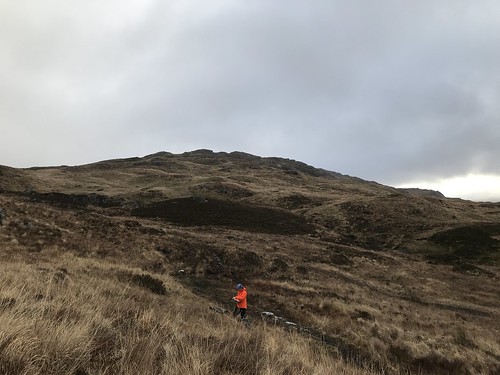 Given there was no obvious path I stopped on more than one occasion to get my map out and pin point where we were and where we should be going.

After a trugde over the boggy ground we picked a gully and headed up toward Meall nan Tarmachan where we found what looked like a path, but could equally have been a newly formed burn. It did not take long before we were in the low lying cloud. 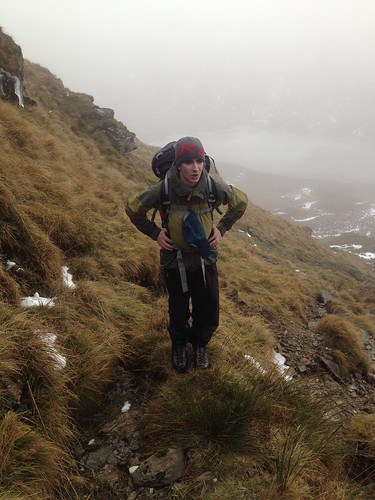 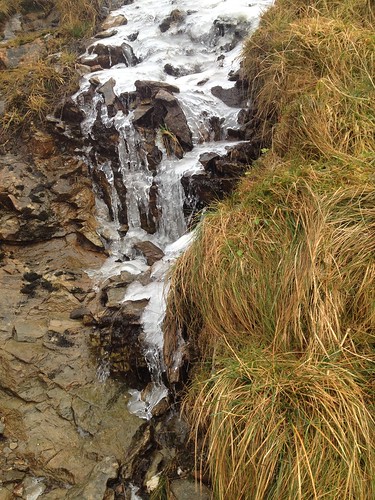 The path we had found quickly disapeared only to intermitantly re-apear. So there was probably a "better" route we could have taken, but a mixture of map-work and readign the terrain kept us going. 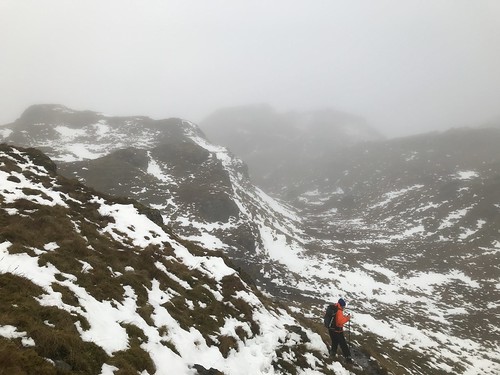 The nearer we got to the summit the stronger the wind got. Indeed, the buffeting from the wind made it hard to stand still to take any photos. 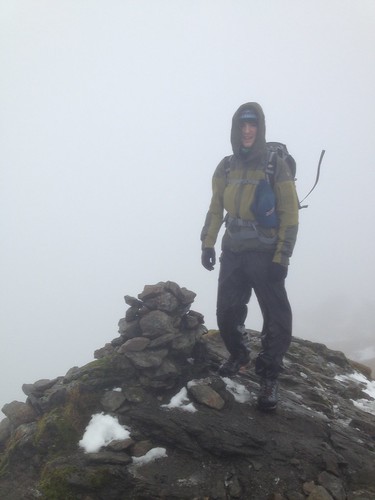 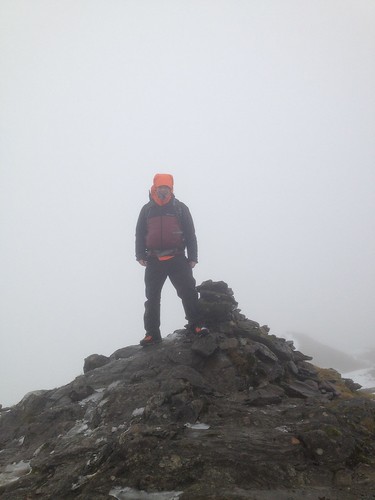 I ended up with my thermal jacket on over my hardshell, but thought ...who cares, it works for keeping me warm and its not a fashion show!

We retraced our steps back towards Meall nan Tarmachan but dropped down earlier than where we'd come up so we dropped below the cloud level above the head of the lochan. Between the soft wet snow and the soft wet ground conditions underfoot were rather slippy. Given I was nuring a sore ankle from having gone over on it when stepping off a pavement onto cobbles, I decended rather gingerly.

The way we'd gone up was definately dryer and less boggy than the route we took down and the thought of a nice bowl of chips at the Drover's Inn kept me going. Indeed the thought of driver-less cars also became appealling, I mean its just cruel to have a pub at the end of the walk and not to be able to enjoy a pint or two because you are driving.

The weather could have been better, but it was great to be back out on the hills. Here's hoping it won't be so long before I'm back out again.