A nice pair to finish the year

A nice pair to finish the year

With a settled forecast and a final opportunity for the high tops before the year end we decided on a return visit into Inverlochlarig which lies to the west of Balquhidder along the north shore of Loch Voil. The temperature was down to -4 as we crawled along the single track road which had actually turned into an ice rink with layers of frozen ice. Keeping our fingers cross that we wouldn't meet a car coming the other way we eventually arrived at the end of the public road and were the first car to arrive. 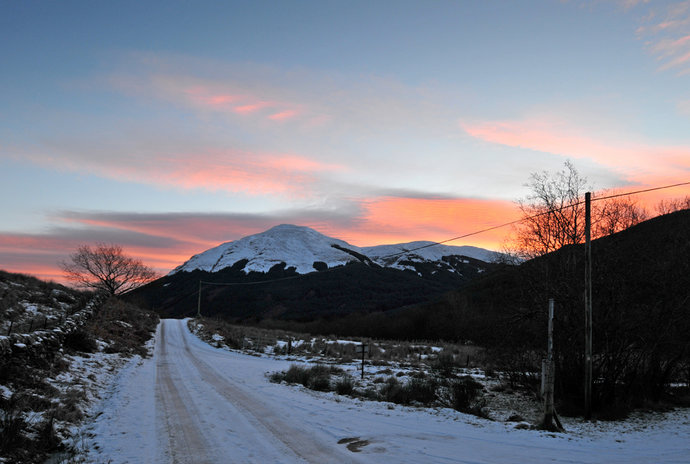 Sunrise coming in as we set off.

We were away by 08.15am with everything looking promising for a fine day. We headed straight for height up the south shoulder of Beinn Tulaichean with the powdered snow not causing any great difficulty. It wasn't long before walked out of the shadows into full sun for the final rise to the summit cairn. Unfortunately, high level cloud continued to gathering and hazy, misty conditions were to remain for the majority of the day. 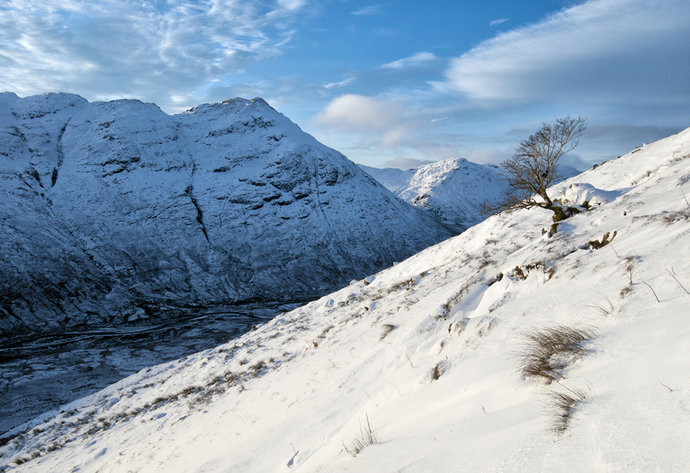 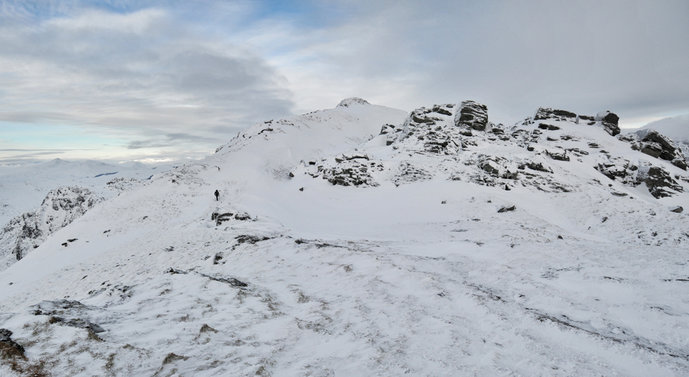 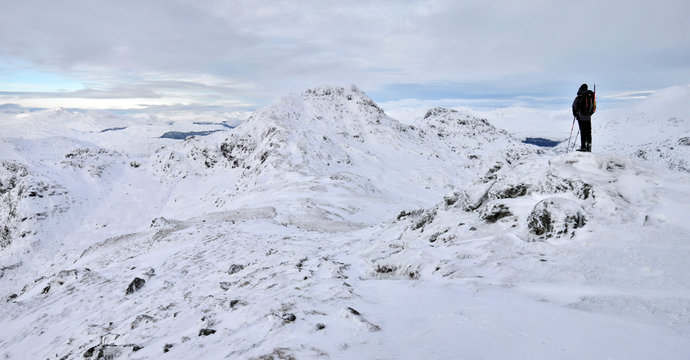 The walk between the tops was straight forward but we took the precaution of fitting the crampons just to guard against encountering ice on Cruach Ardrain. Has it turned out they weren't really needed. 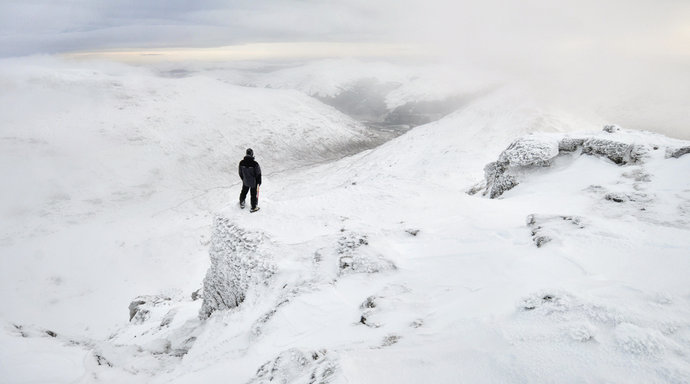 We decided to retrace our route back over our first top to prolong our stay at height and open the possibility of picking up the sun on the descent. Fortunately we were rewarded and the low afternoon sun made for spectacular views of the southern peaks. 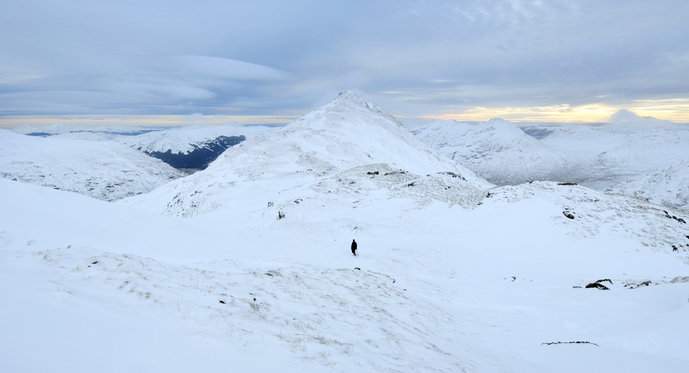 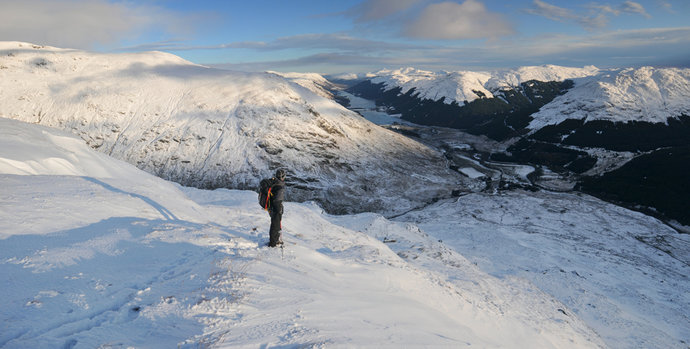 A super day winter day with changing views and sky conditions. If you fancy tagging along why not take look at the movie of our day.