g19.gpx Open full screen  NB: Walkhighlands is not responsible for the accuracy of gpx files in users posts
Weather forecast not so great today and besides I wanted a bit of an easier day so decided to go for a quick out and back single Munro. A pleasant drive as ever through the grand Scottish scenery despite the low cloud; along Loch Earn and up to Invergeldie to follow the walkhighlands route. I waited a while whilst the farmer herded his sheep along the road using his buggy and dog. 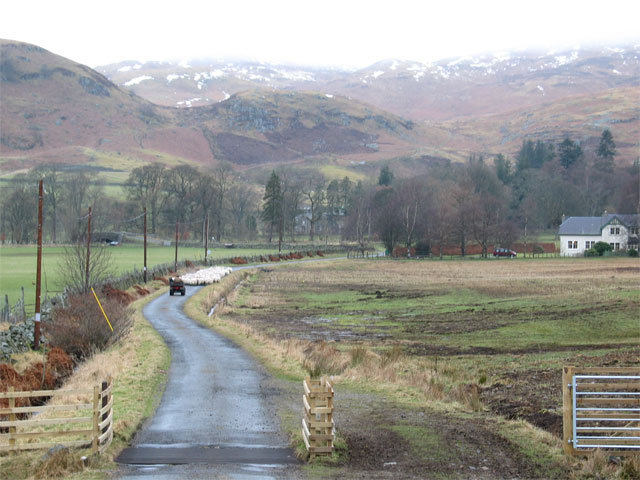 A bleak sight faced me as I headed out. 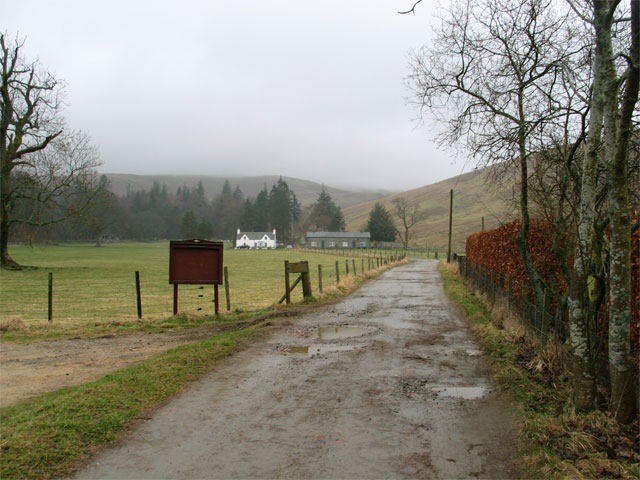 It was good going up the track to around 400m, where the track crosses the Invergeldie Burn at the depressing-looking dam. 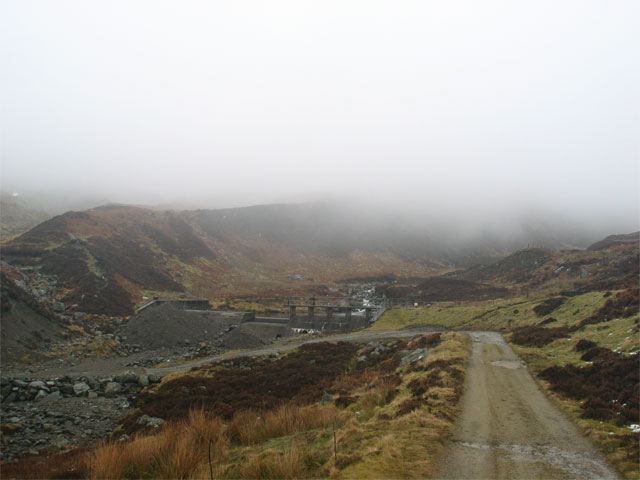 what a mess, dam it

Just above here I entered the snow line, the track was increasingly icy from overnight frost despite the sharp rise in temperature today. There were snow drifts in places as well but the going was still good with the aid of walking poles, they just make that bit of difference in these conditions. I was in the cloud now so no views at all, this is how it was for the rest of the day. And no photo opportunities! There were some footprints to be seen, a few souls had made the most of the better conditions earlier in the week.

As described in the route, where the track turns sharply to the right (and away from the stream) I headed out into the moorland. I stopped behind a stream bank to get a bit of shelter from the wind; I was so hungry even though I hadn’t been going for that long. Tomato soup today along with my usual sandwiches and sausage roll, very welcome in the dank conditions and cold wind. The stream here, although not that wide, was in a bit of a snow-filled gully so I followed it up for a while before crossing. Visibility was poor so it was compass work from here on a bearing that would get me to the south west end of the summit ridge, sighting on objects at the limit of vision and proceeding stage by stage. About 1 km to go like this, across snow and deep in parts, then I angled into a line of old rusty fence posts – these had been expected from the route description. But hold on, they’re on the wrong bearing, I’d expected them to be heading north east to the summit, not north west! Momentarily doubting my compass work I continued and sure enough there was now a branch in the fence that turned in the expected direction, there are 2 fences! Just a little way further now, following the fence line up bumps and down dips, across bare ground and boulder sections through patches of ice and snow. The summit shelter appeared, I was looking forward to hunkering down out of the wind and the drizzle that had now started. But the shelter was filled with snow, nevertheless I stopped for just a little while for some more sustenance. 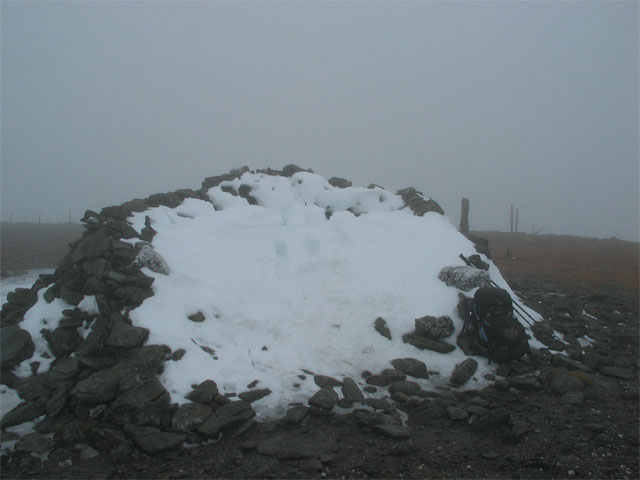 The wind was quite strong now and what with the rain I donned goggles, pulled the hood tight and set off fast with the wind in my face to reverse my route. Just after the fence junction it was out with the compass again for a repeat of my upwards navigation journey, I was pleased to cross the stream bang on just above the track. On one of my bearing stops I saw a hare, still in its white winter coat; apparently they are very common on this hill so I was told by 2 people later. Quickly down the bouldery top part of the track then onto the smoother lower section for a good walk back. I was soon out of the wind and had to strip off all the bad weather gear since it was now so warm, although the rain continued. A satisfying day with good navigation practice.

Thanks for the mention of the second fence - I'll put something in the route description.