With a decent forecast, I thought I'd manage to escape the general Christmas slobbishness for a couple of hours on the hill, so I headed out of Dundee and up to Alyth. The Marilyns in this area have been on my Christmas list for years now, but there has always been a reason not to head out this way (too much snow last year, Christmas in Inverness in 2015 and 2014, extreme drunkenness in 2013, flooded roads in 2012 etc etc).

I hadn't entirely decided which hills I was going for but knew I'd left too late to fit more than a couple in. While driving past the turning for Backwater Reservoir, I decided I would make Creigh Hill the first walk as I couldn't bear to spend another minute in the car with all that lovely sunshine outside.


Creigh Hill.gpx Open full screen  NB: Walkhighlands is not responsible for the accuracy of gpx files in users posts
I parked at the east side of the dam and headed straight for the heathery slopes - no fences to climb over until around halfway up, although there wasn't really anything resembling a path. For all the time I've spent in this area (Cat Law was a regular short afternoon out for me when I lived in Dundee), I don't think I've ever seen the Backwater Reservoir before. 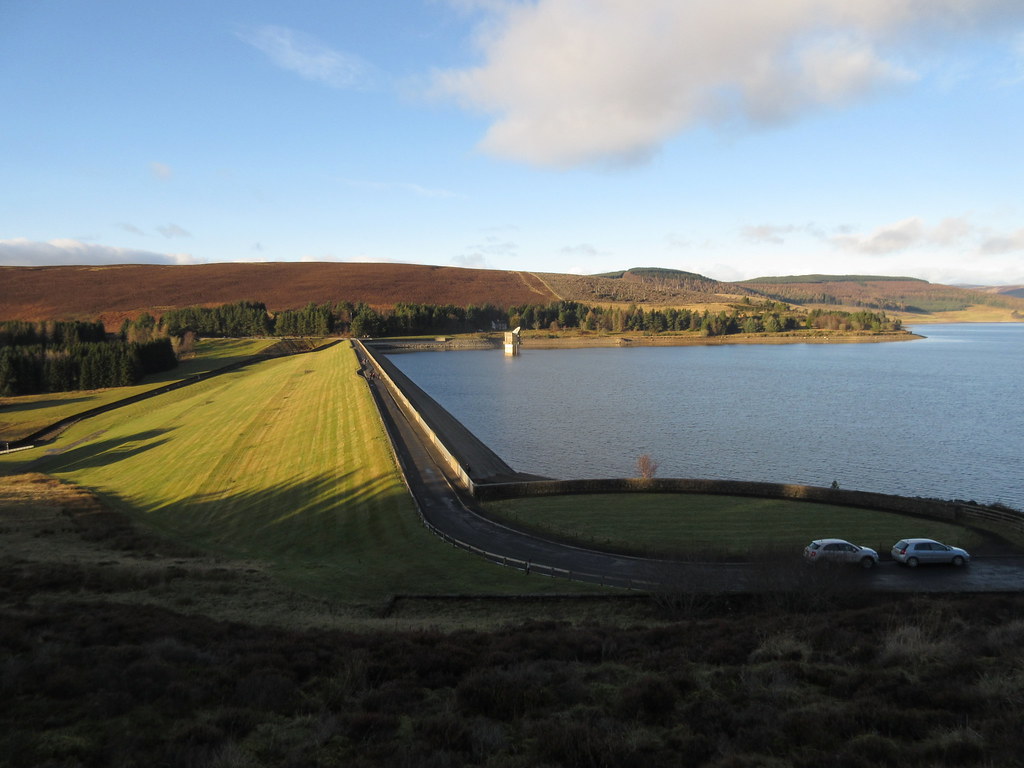 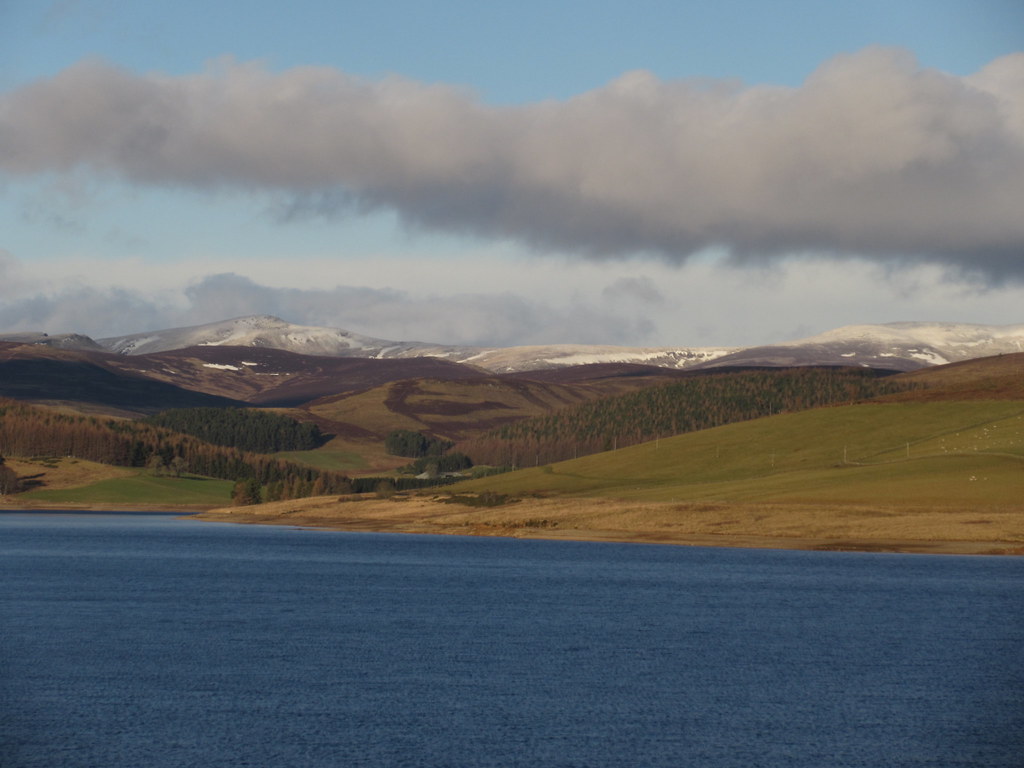 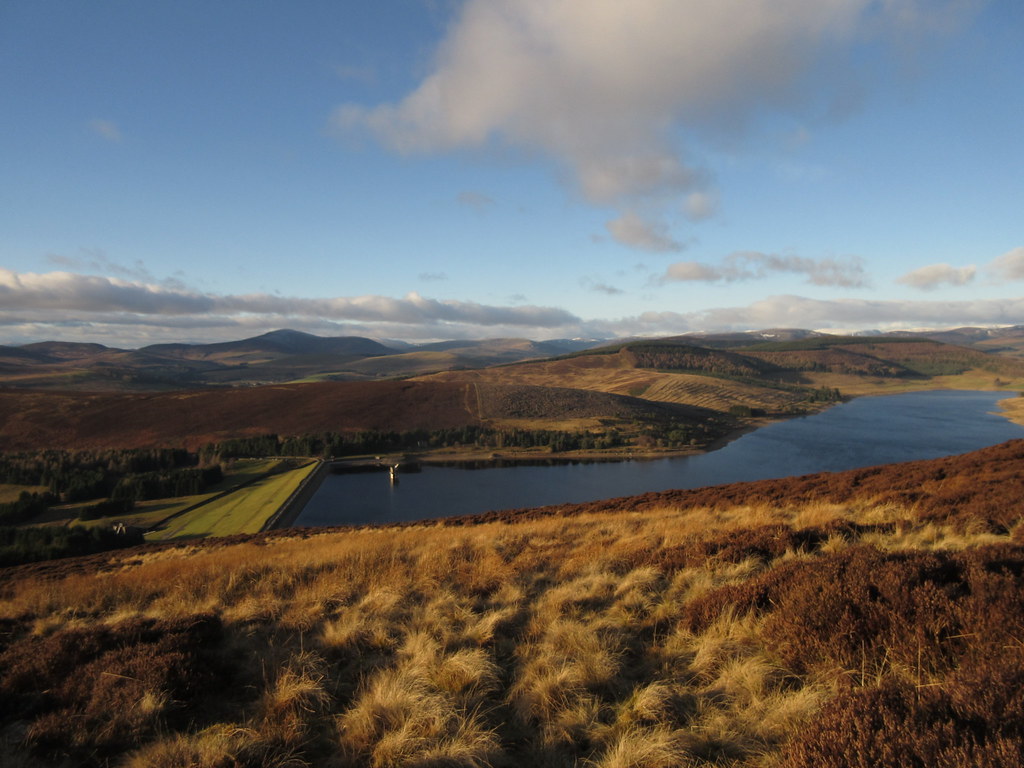 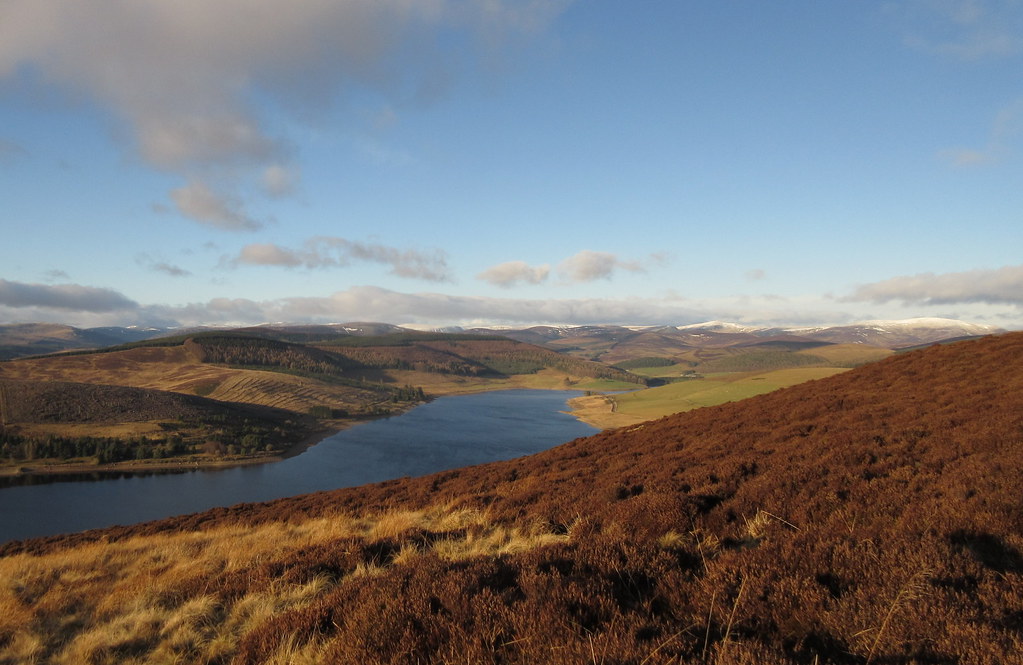 Nice views over to Cat Law and Balintore Castle from the first summit. I wasn't sure which of the two 497m spot heights was the higher top, so I traversed the heather to the more northerly one as well. There were some great glimpses of the Glen Clova hills and Glas Maol in fresh snow from here - lovely to see after the rather extreme pre-Christmas thaw. 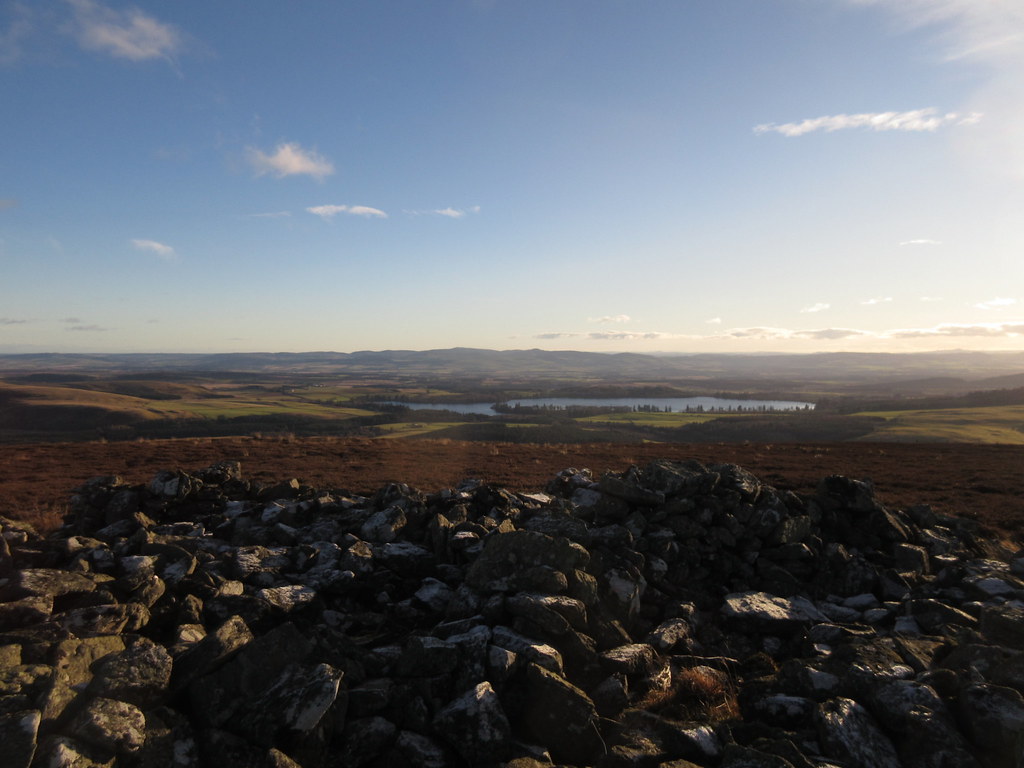 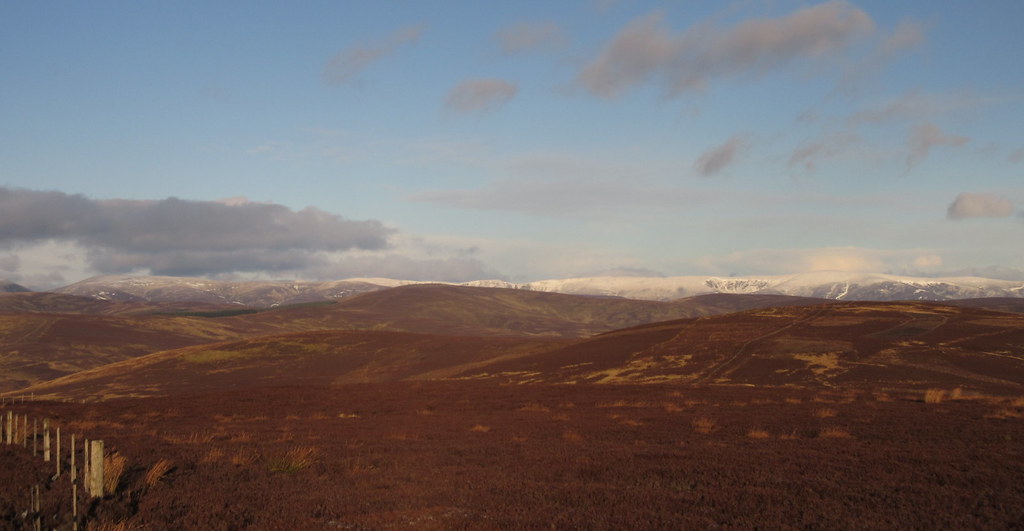 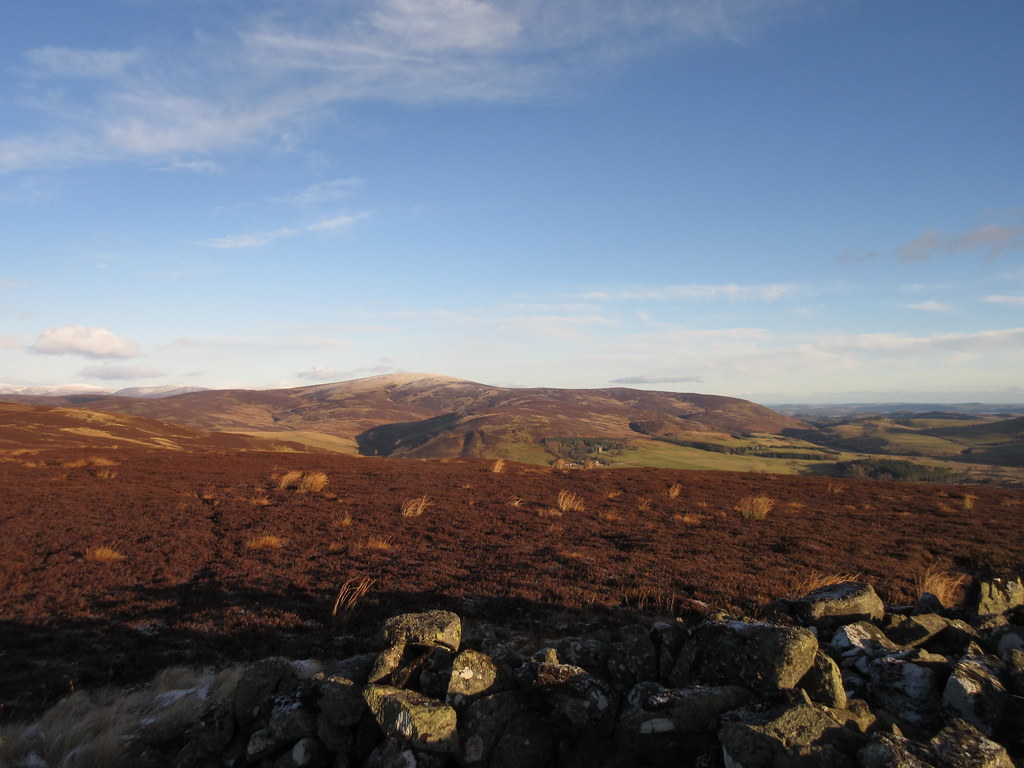 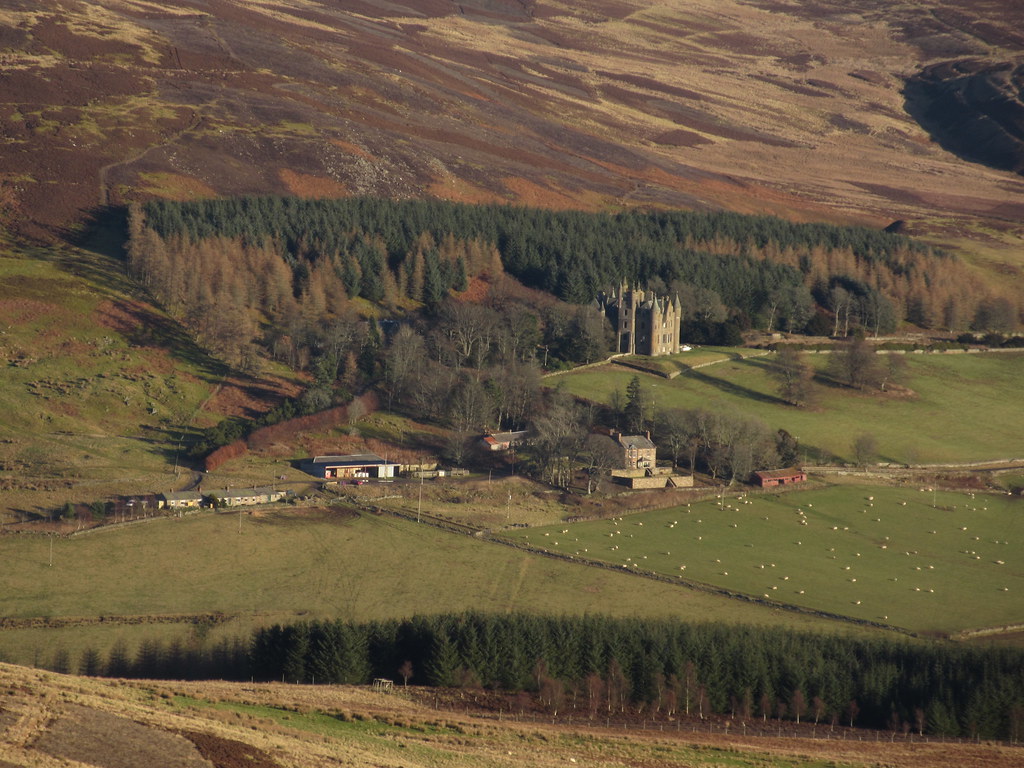 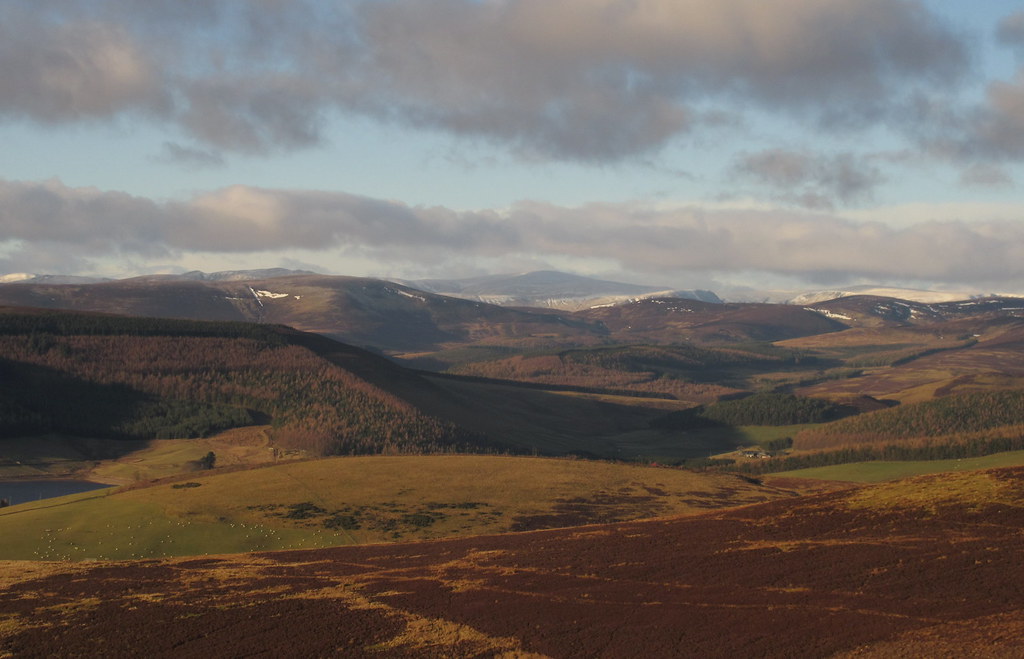 Back in the car, it was a straightforward 15 minutes to Brewlands Bridge in Glen Isla - I had decided to leave the conifer-clad summits of Crock and Hare Cairn for another day. Instead I was aiming for Meall Mor. Not a particularly imposing hill in itself, but it sits above a very attractive mini-pass between Glen Isla and Glen Shee, with good views of Mount Blair. For this reason, it was probably the most desirable of the hills in this area that I hadn't been up.


Meall Mor.gpx Open full screen  NB: Walkhighlands is not responsible for the accuracy of gpx files in users posts 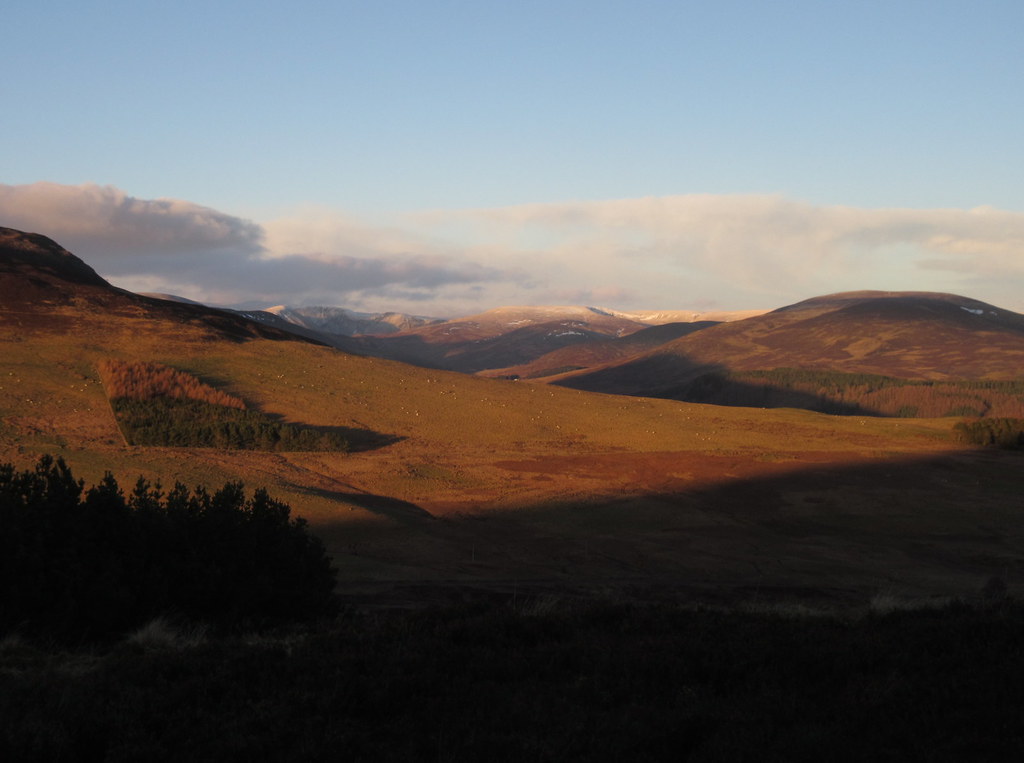 I parked in a small quarry and wandered west for a short distance along the road, picking up a forestry track (although not the one that my map showed - this one can only be seen on the 1:25k map). This led nicely out of the plantation and onto the moorland, from where a faint path could be seen heading towards the top. 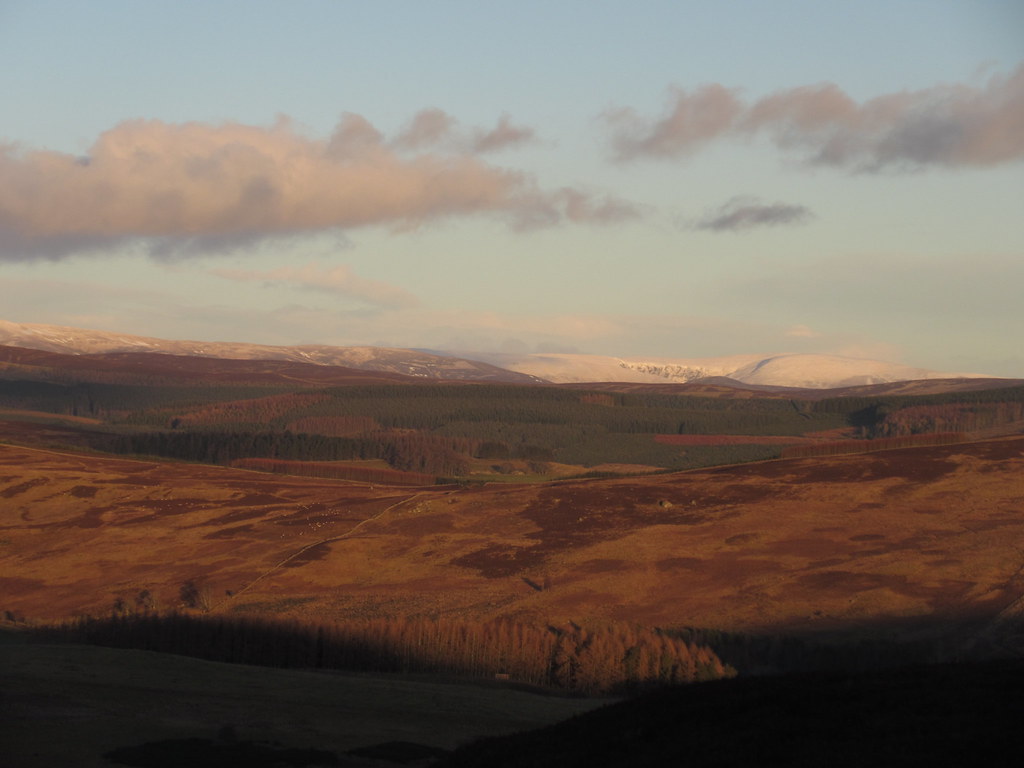 Ben Tirran from the ascent of Meall Mor 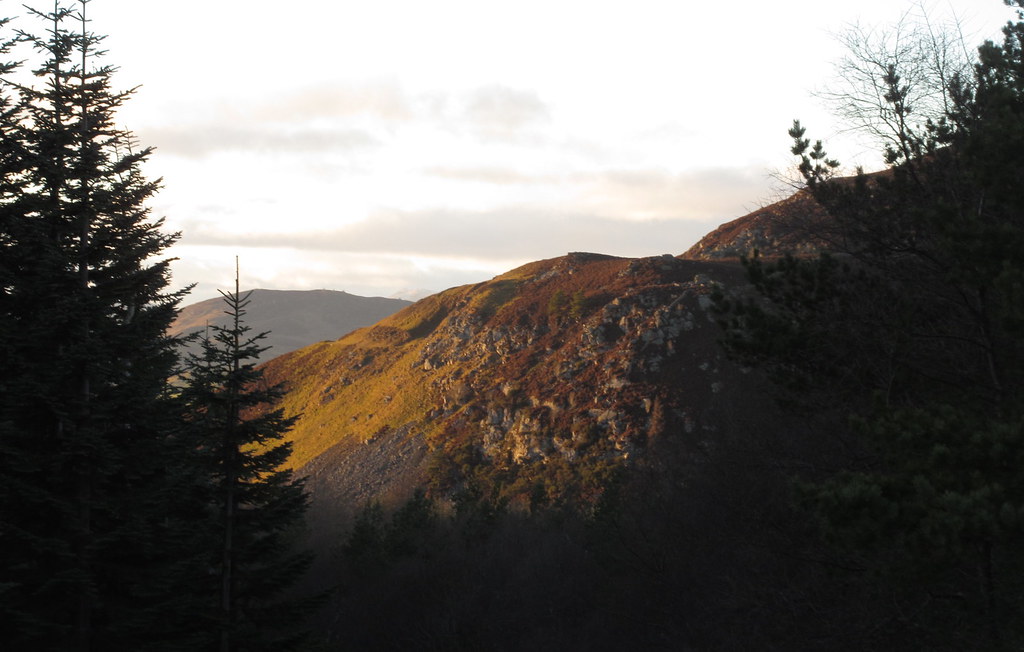 The light was lovely at this point with the sun starting to go down, and Mount Blair is a lot more interesting to look at up close than you might expect - plenty of little knolls and crags on the lower slopes. 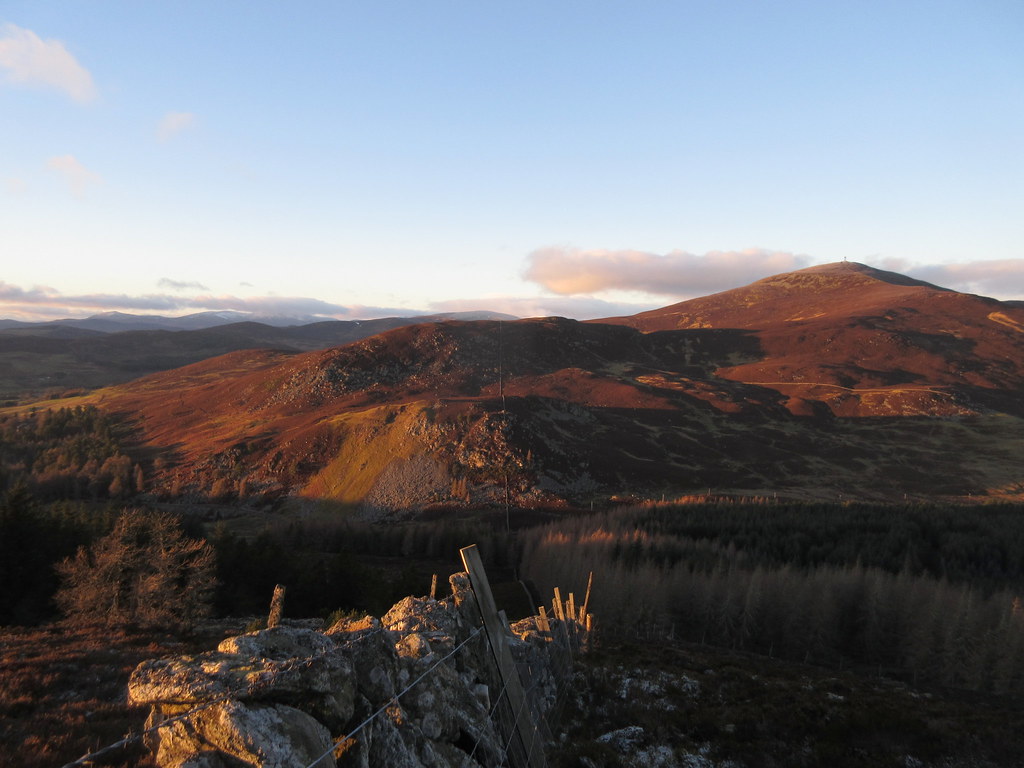 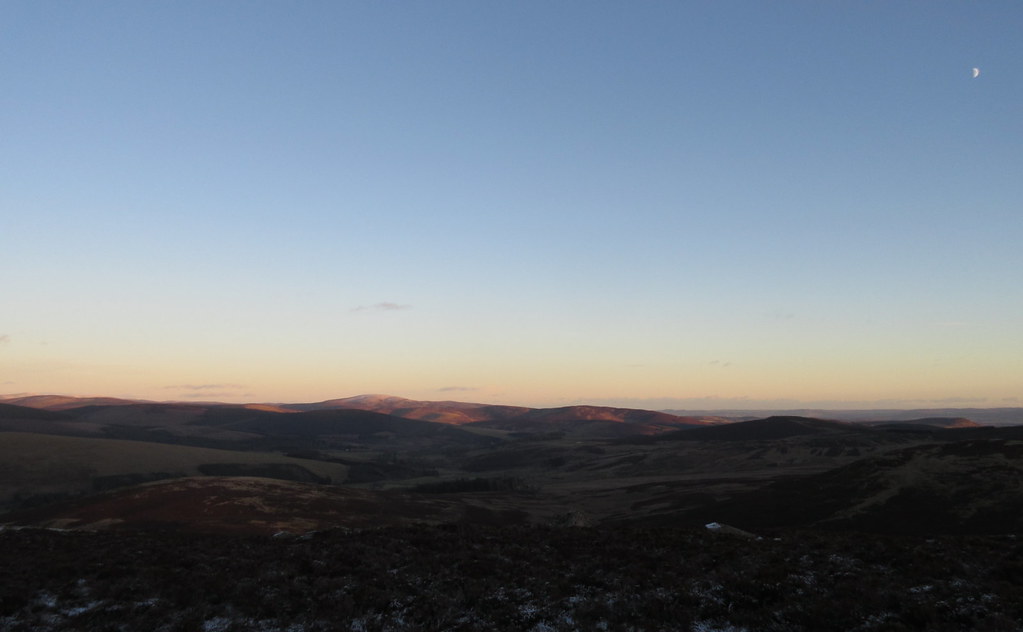 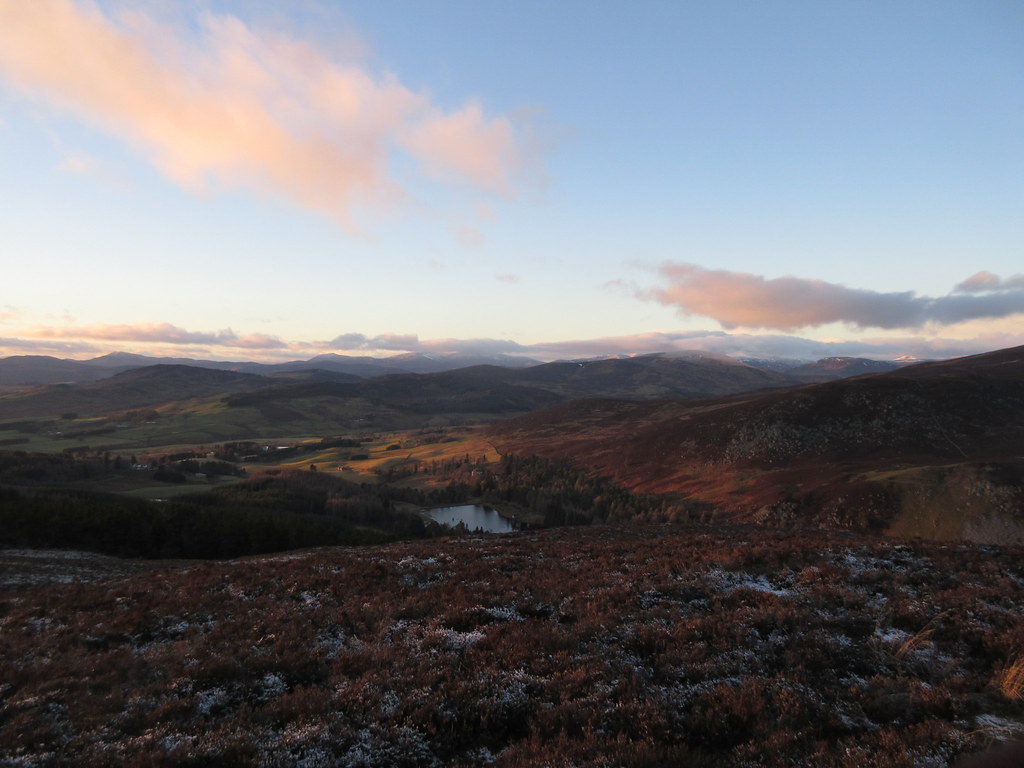 A steepening in the ridge led to a wall which I followed to the summit, where it was rather cold. I harboured brief ideas of adding on a dusk ascent of Mount Blair to make a loop of sorts, but in the end I just retreated to the car by the same route. Probably should have stayed on the summit a little longer for the sun to set further, but the final red glow on the hills east of Glen Isla was still visible to me, and pretty spectacular in itself. 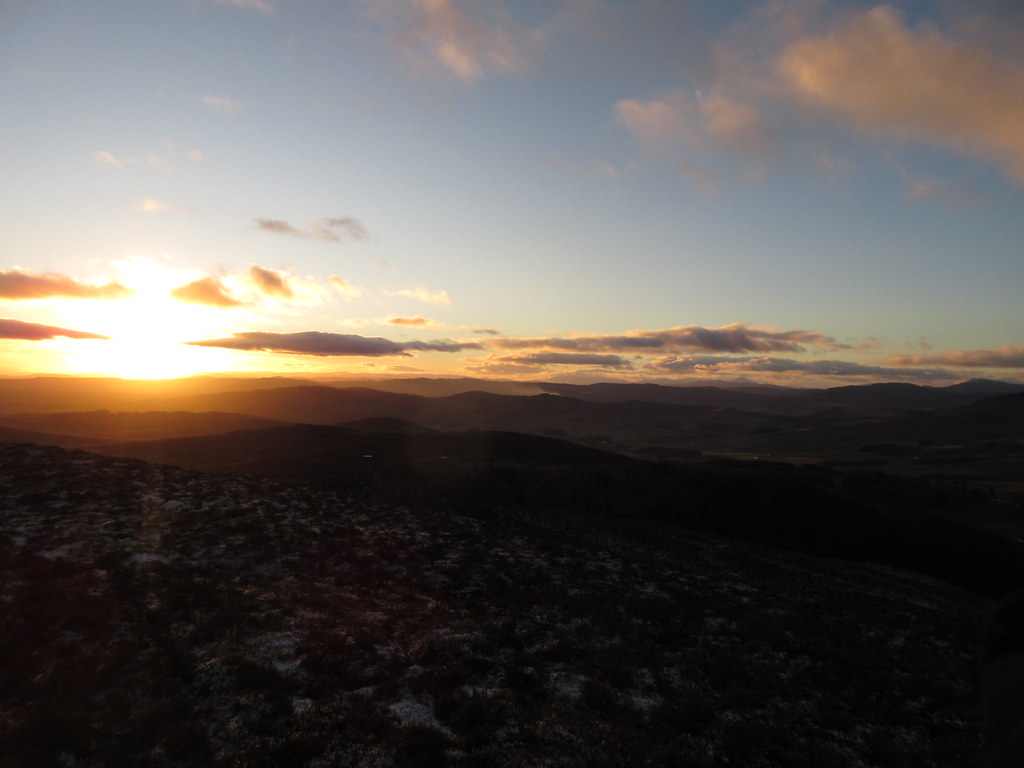 Sunset from the summit of Meall Mor 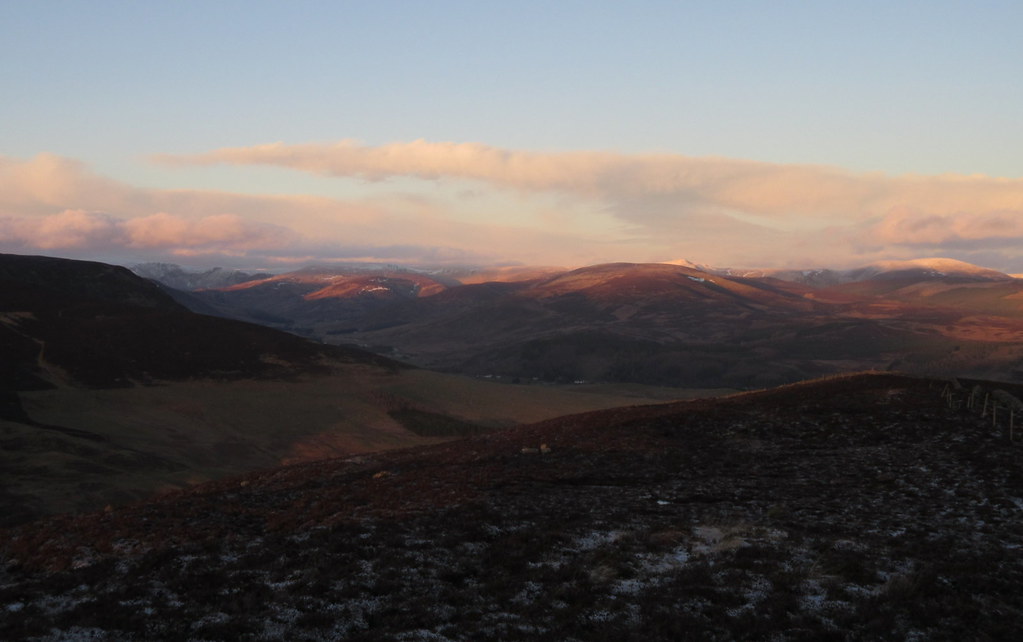 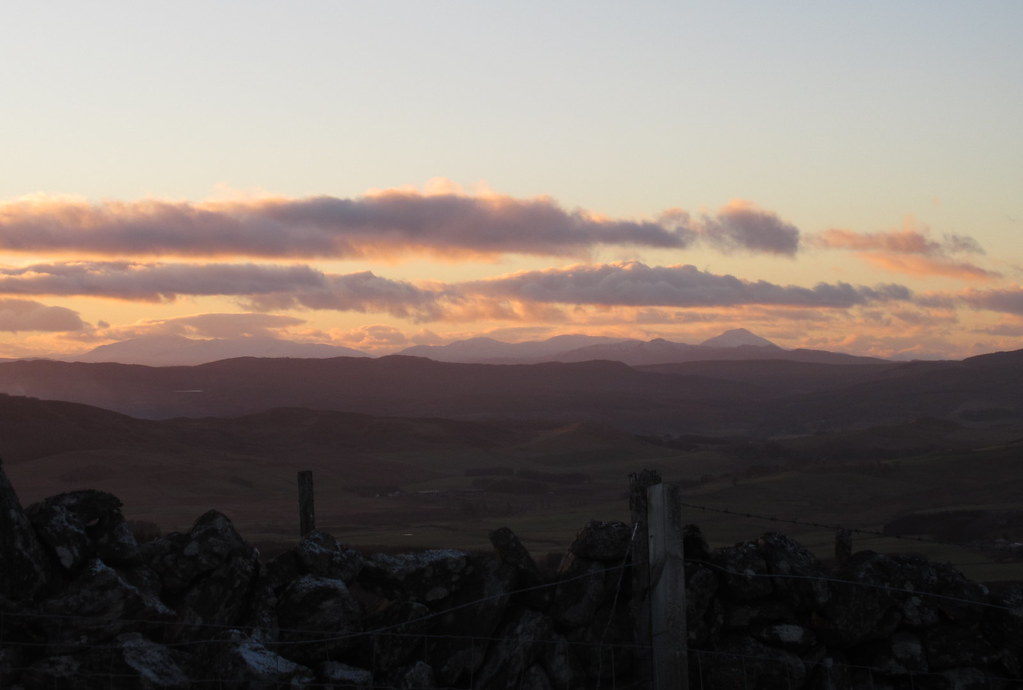 West to Ben Lawers and Schiehallion 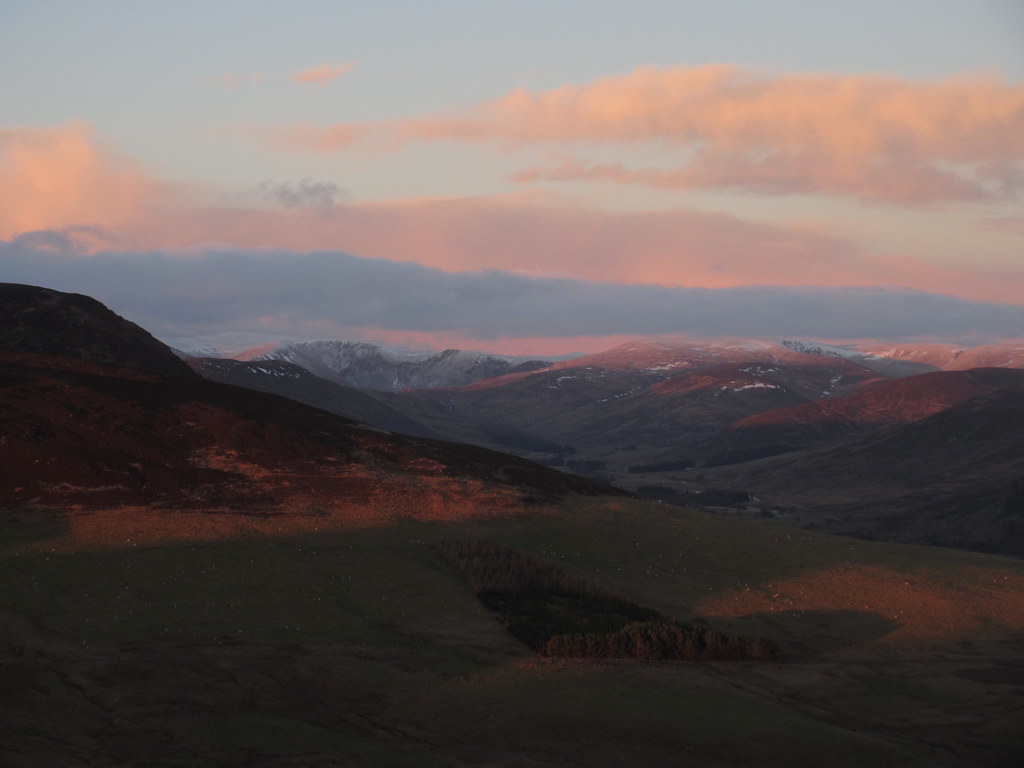 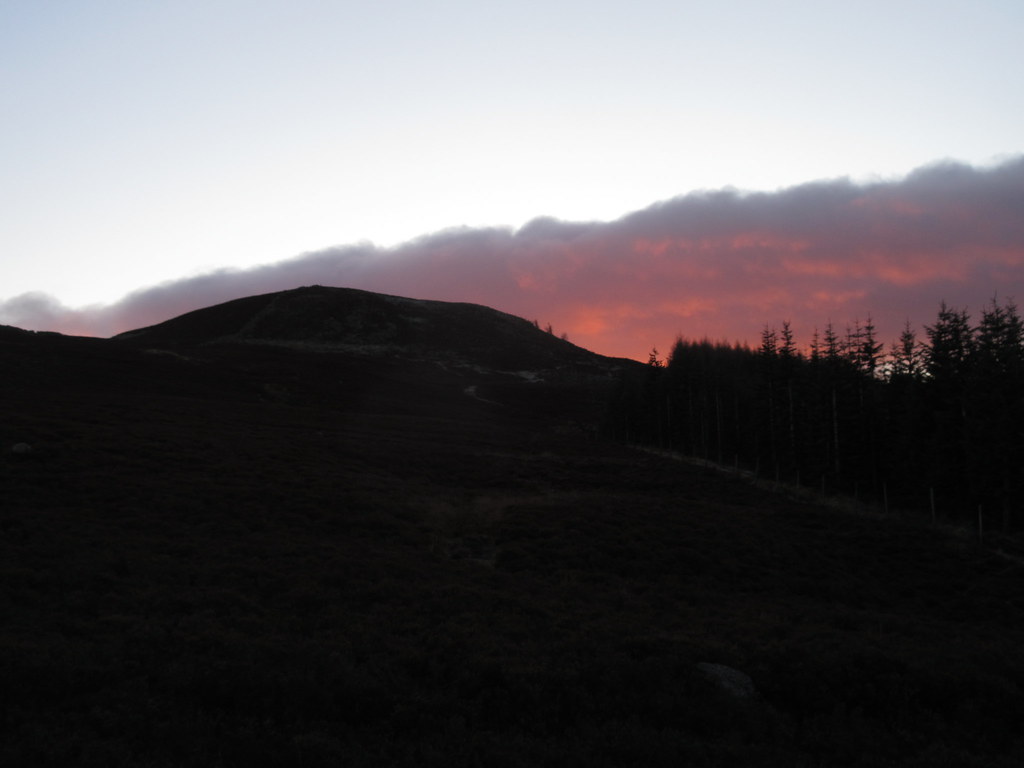 Back to the summit 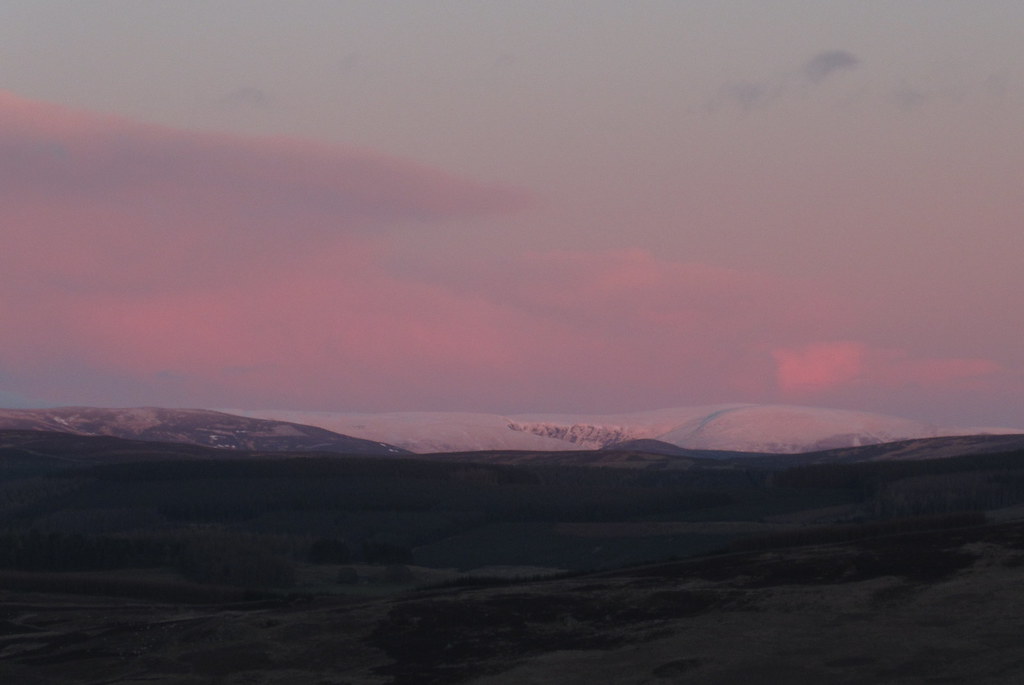 So much for the burn-off mentioned in the title - this was actually a rather short and relaxed afternoon out, but I was glad I'd made the effort!

Very nice! I should have done something similar, but I too had lots of excuses not too... ...to which I sadly succumbed