Wainwrights included on this walk: Dove Crag, Hart Crag, Hartsop above How

Track-7-Jan-2018-10-54-38.gpx Open full screen  NB: Walkhighlands is not responsible for the accuracy of gpx files in users posts

My first walk report so bear with me!

Having bought up some winter kit and doing the fell top assessor's winter skills day we decided to have a go on our own. We picked a perfect day for it and despite illness taking out half the initial group 2 of us were still up to it! Arriving later than hoped for at Cow Bridge car park I snagged the last reasonable parking spot and we set off up the steep slope to Bleaberry knot with lovely views over Brother's Water and Hartsop village. 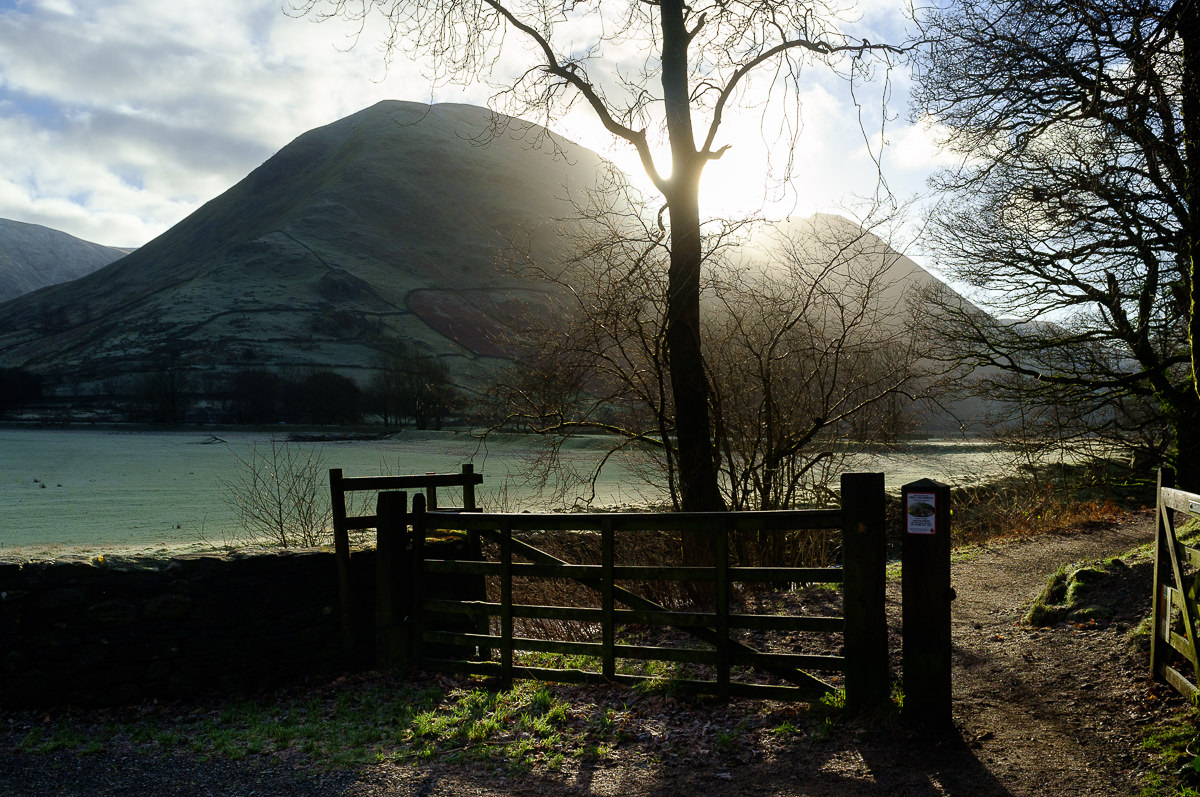 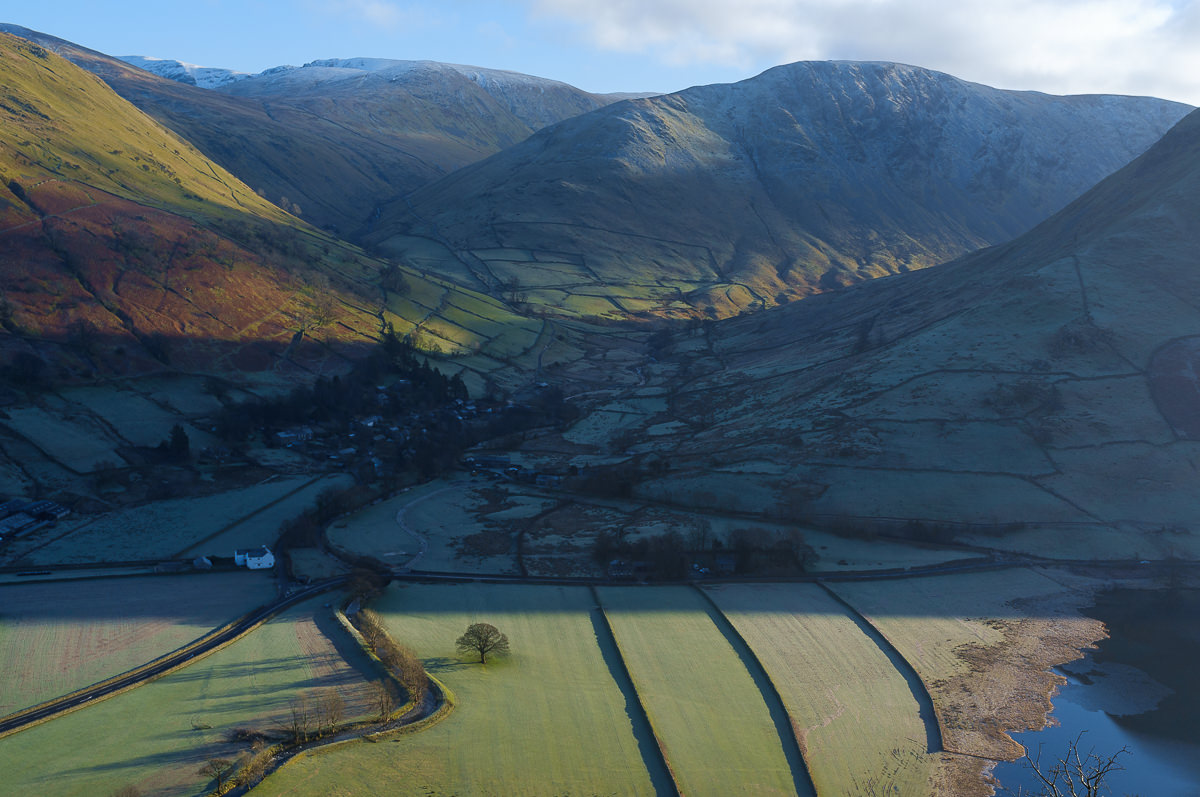 Walking over Hartsop above How we were treated to excellent views up to Hart Crag and across to St Sunday's that really spoilt us on the way back. The path along to the bottom of the Hart Crag ascent is undulating and windy but very pleasant with partially frozen ground, not so in wet and warm weather I suspect. 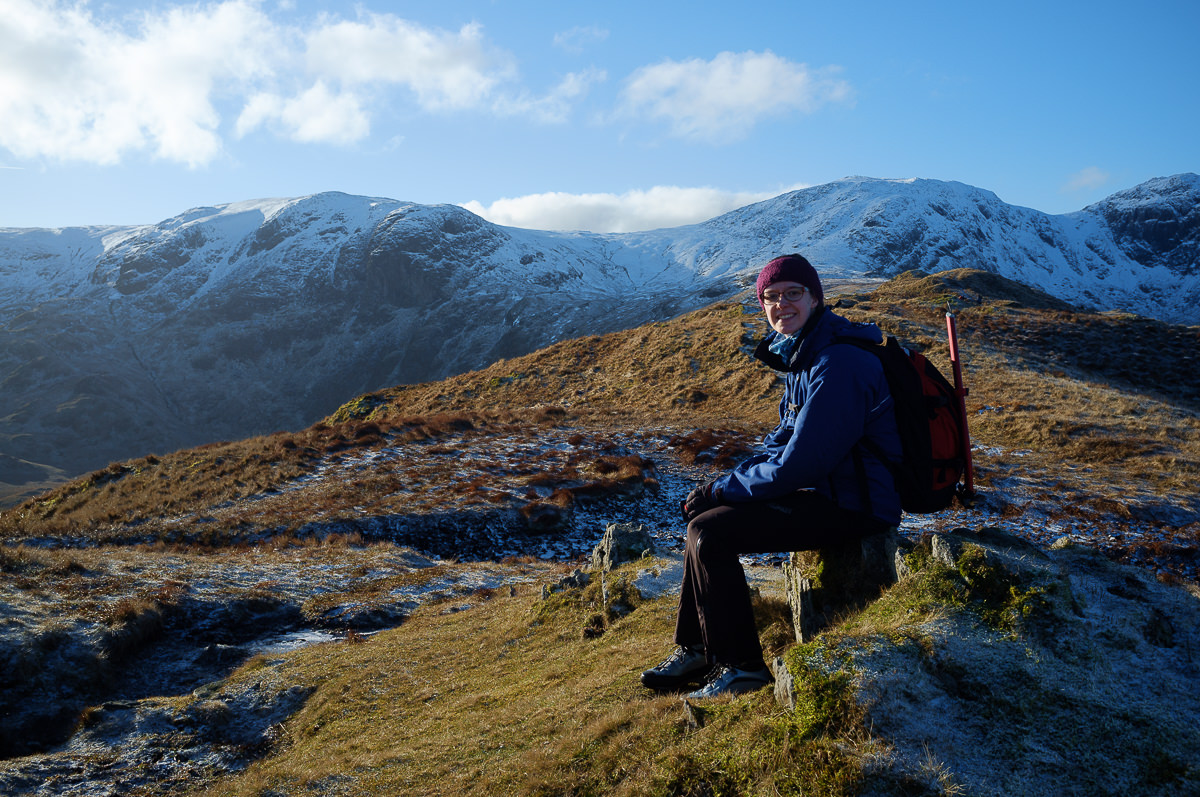 Access to the summit was via a 200m+ slope, this was an excellent excuse to make use of the crampons and practice walking with an axe. I'm pleased to say we both found walking uphill in crampons quite agreeable, the harder snow patches especially. Once on the summit I removed mine but Becky kept hers on to aid walking on the top to Dove Crag. 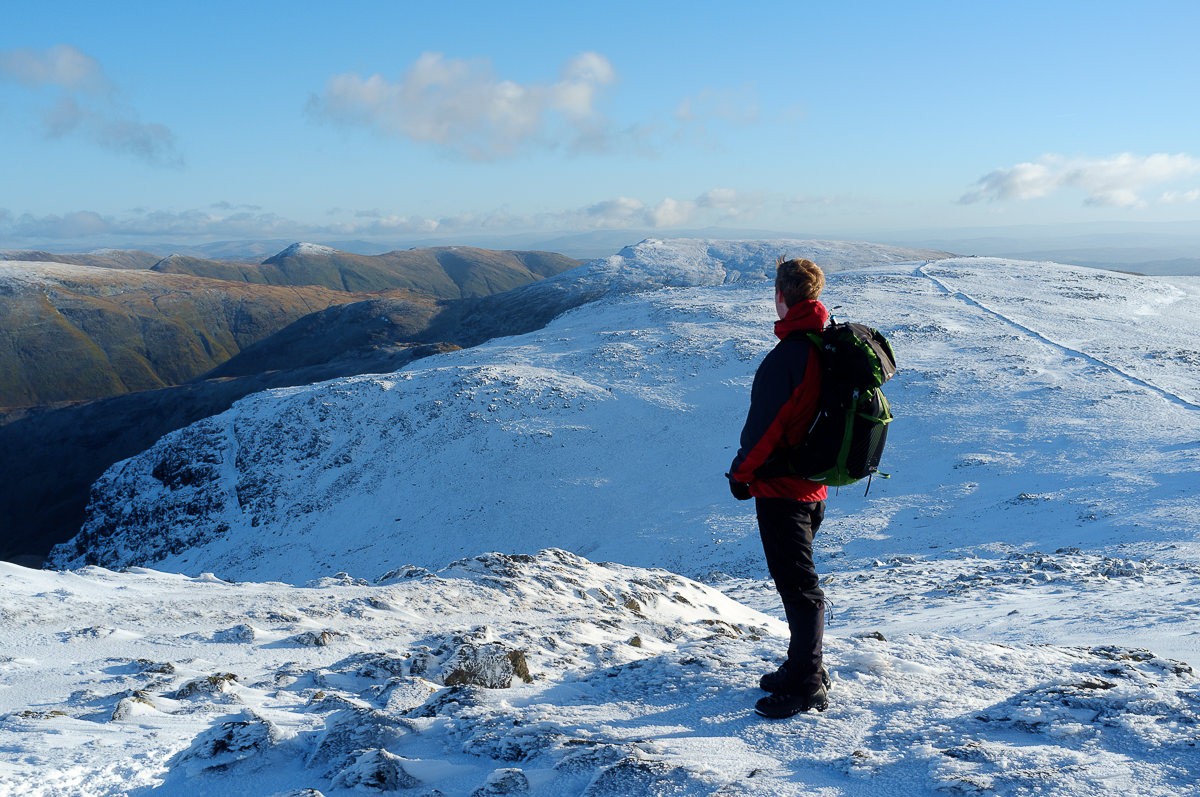 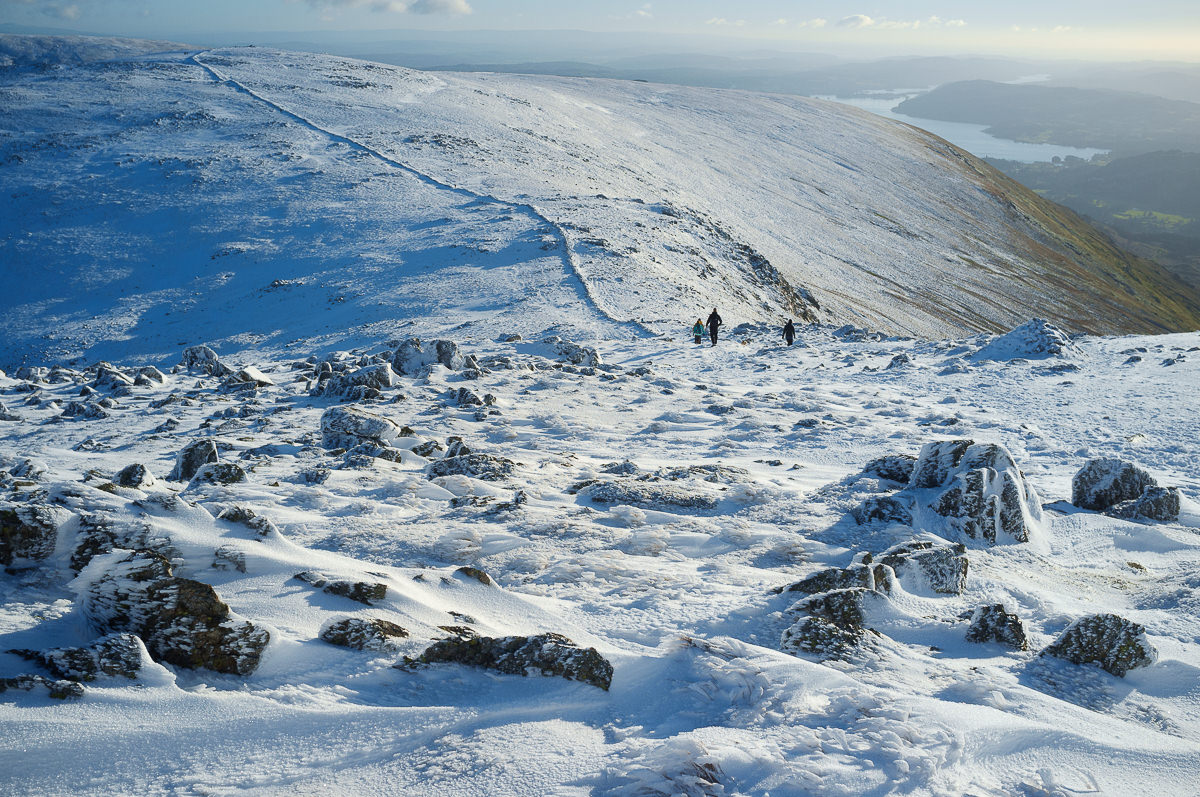 Whilst walking across to Dove Crag the clear weather and low winter sun were excellent. It was good to see many others up enjoying the tops as well. Notably lots of people were using micro spikes, we met a group struggling with them on steeper sections one of whom stated that she'd left her crampons in the car... no use there. 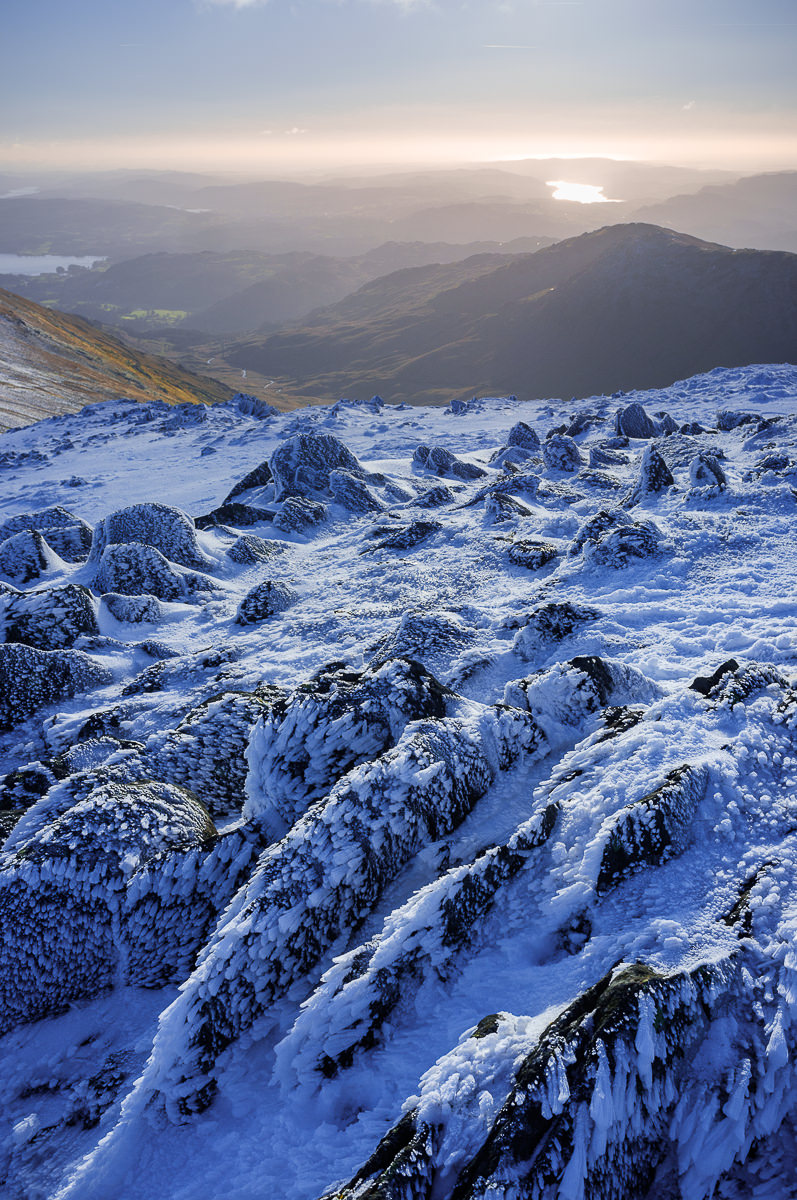 Plan was to return down Dovedale Beck however, having got to the iced up staircase there we decided to return via Hartsop above How to better enjoy the views as the sun set. 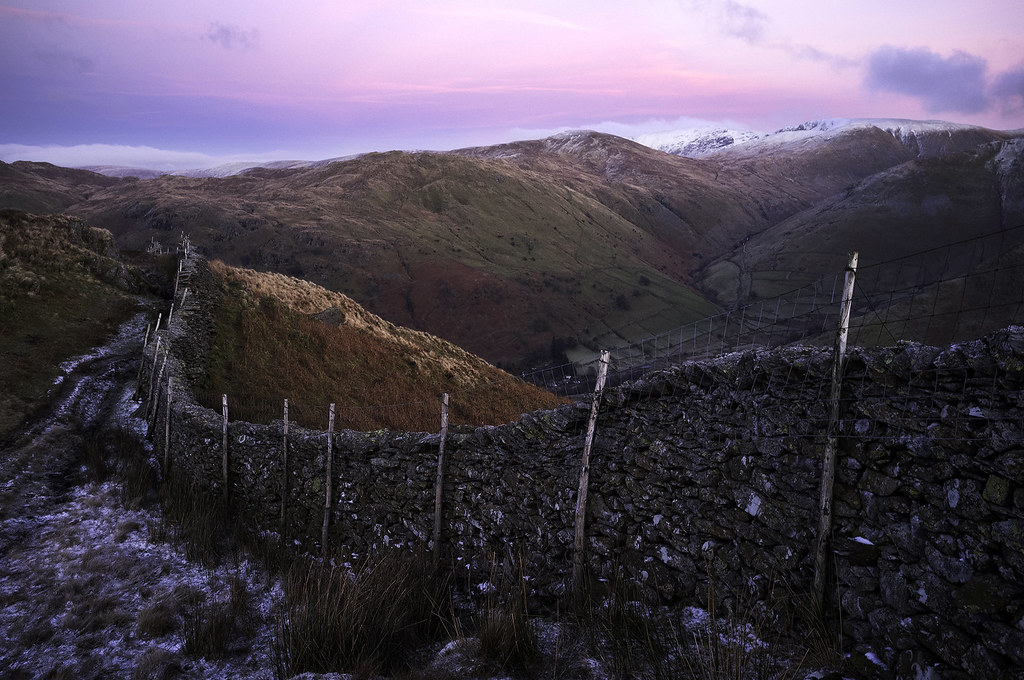 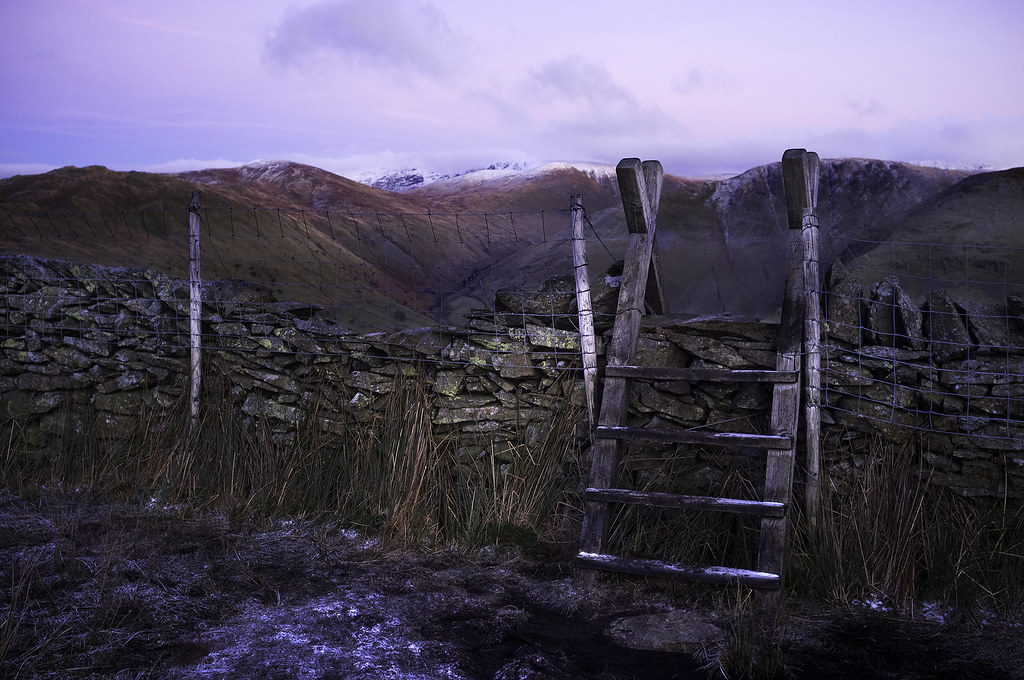 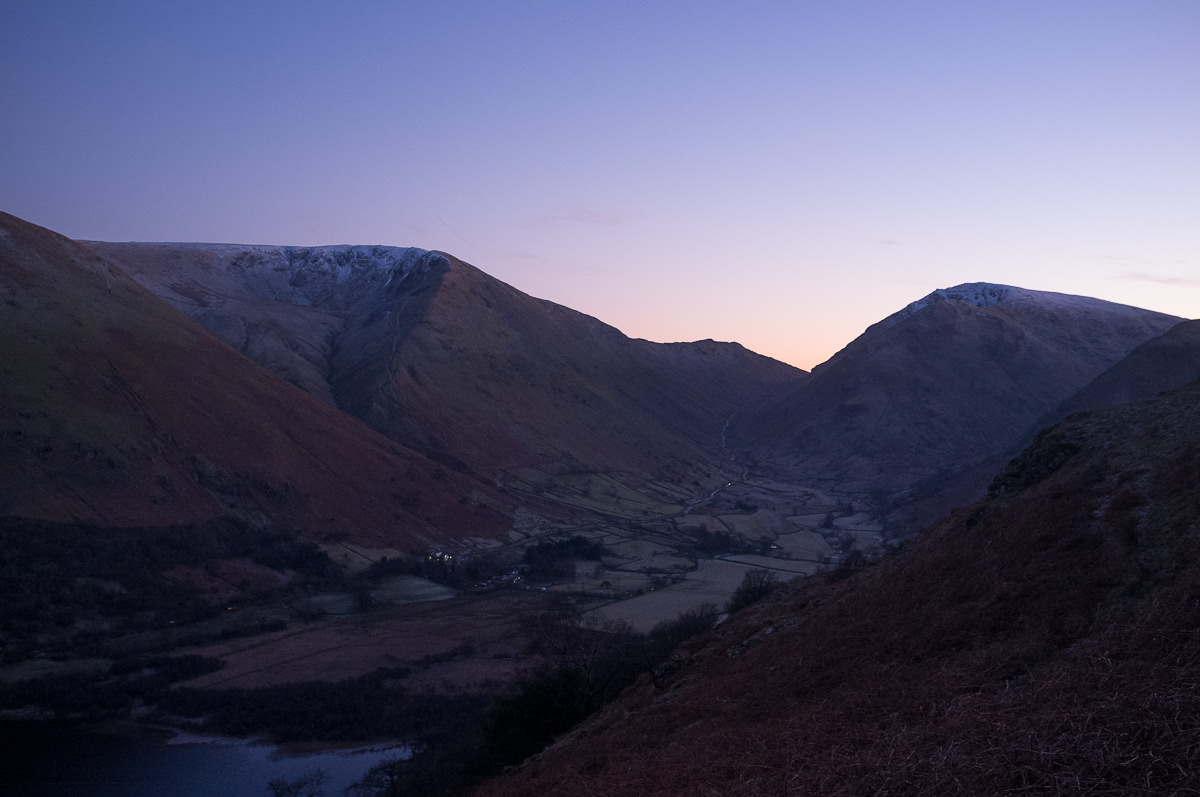 The return was not so pleasant with the paths now well frozen and very slippy. The walk ended in a slightly fraught head torch lit slide down the bracken to the car before the 2 hour journey home for a well deserved take away pizza!

You certainly picked a cracking day for it. Well done for being properly equipped for the season and conditions, as so many folk are not. I think you deserved better than a take-away pizza after that!

I've just started posted here myself - after seeing your post I think I need to up my game (and photo skills!)

Some superbly composed photos making great use of the winter lighting!

Glad you included that valley view from Hartsop above How - I love that view. I tend to use that ridge for descent so I haven't seen that scene by morning light - your photo does it justice.

Congrats on your first report, some stunning images of a beautiful part of the lakes

Love the alpenglow photo, a great shot, probably my fav one out of a lovely set of photos.