Whether it is used to estimated to mass of the earth or to sound knowledgeable at another summit ("Ohh that must be Schiehallion..."

), Schiehallion is one of the easier Munros I have been looking forward to on my round.

With Schiehallion a short and accessible day walk I had a variety of ideas on how to make it more of an adventure, mainly related to a high camp, however with only a mere day to spare and with perfect weather forecasted for the area it made sense to revert to the traditional method of bagging Schiehallion!

Love the early mornings on the hills. 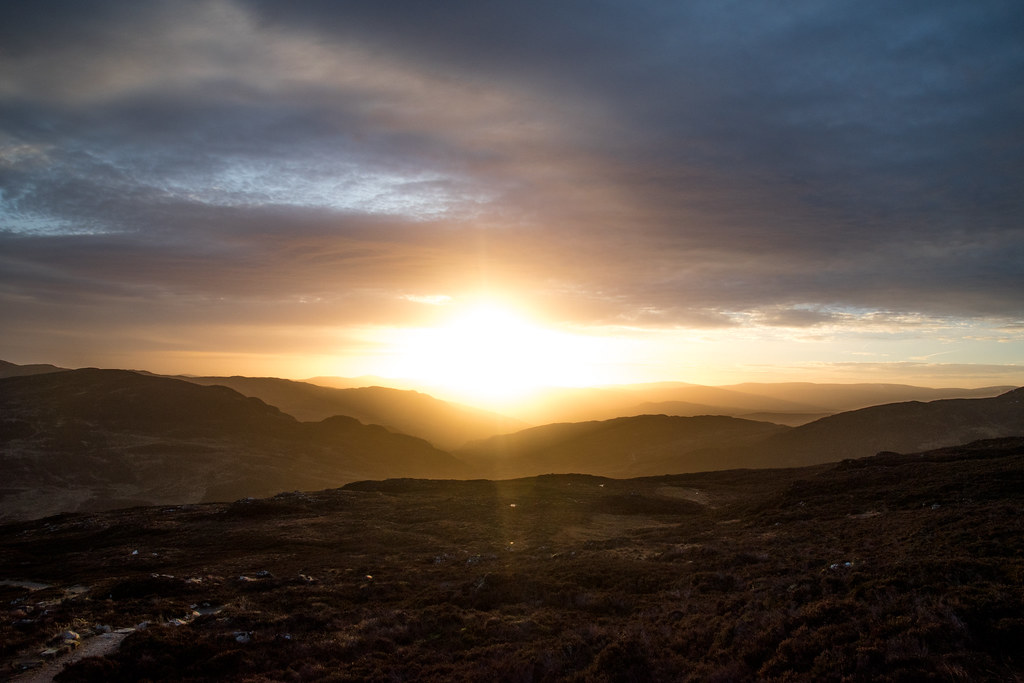 Ideally we had hoped for some proper winter conditions, but as it was only the start of the season we had unfortunately been a week too late and most of the winter conditions had melted and just refrozen as a brutal icy layer! 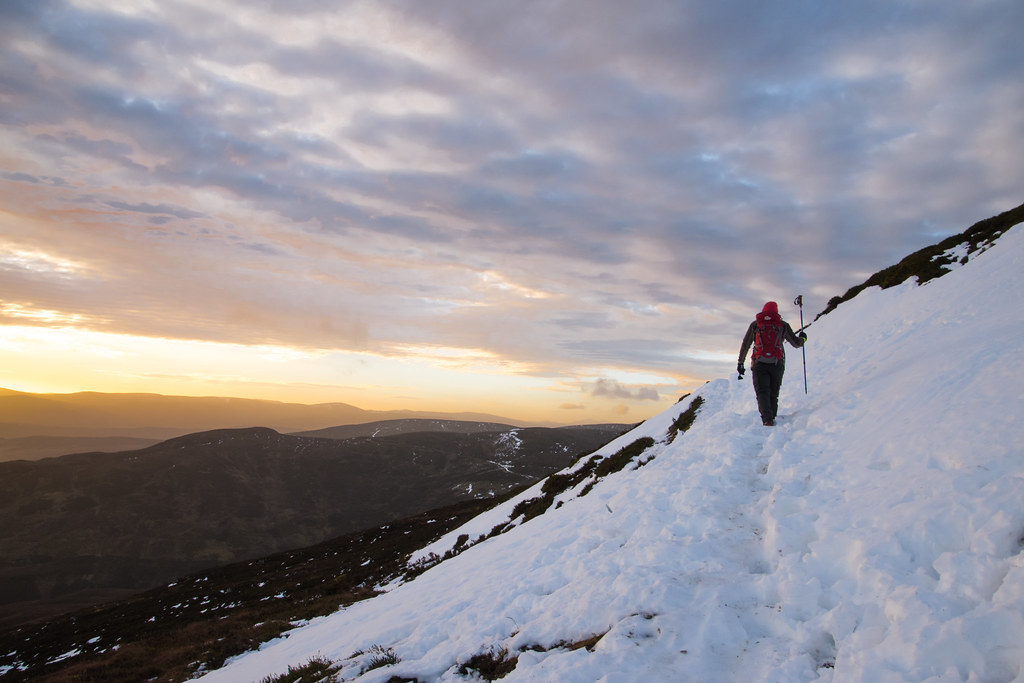 Although most of the snow had disappeared this particular Sunday morning was particularly baltic. Which provided a welcome reminder of how quickly my camera battery diminishes in the cold.

Before long we had made it to the first of the well documented false summits. Thanks to other reports I was extensively prepared never to assume it would be the real summit 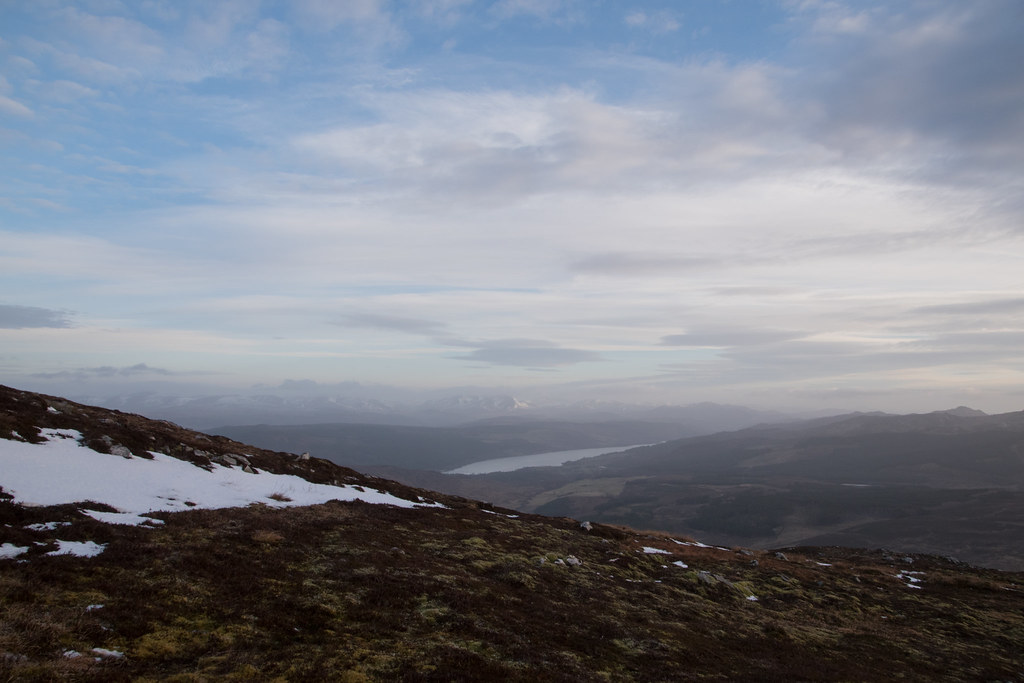 The true and proper summit in view 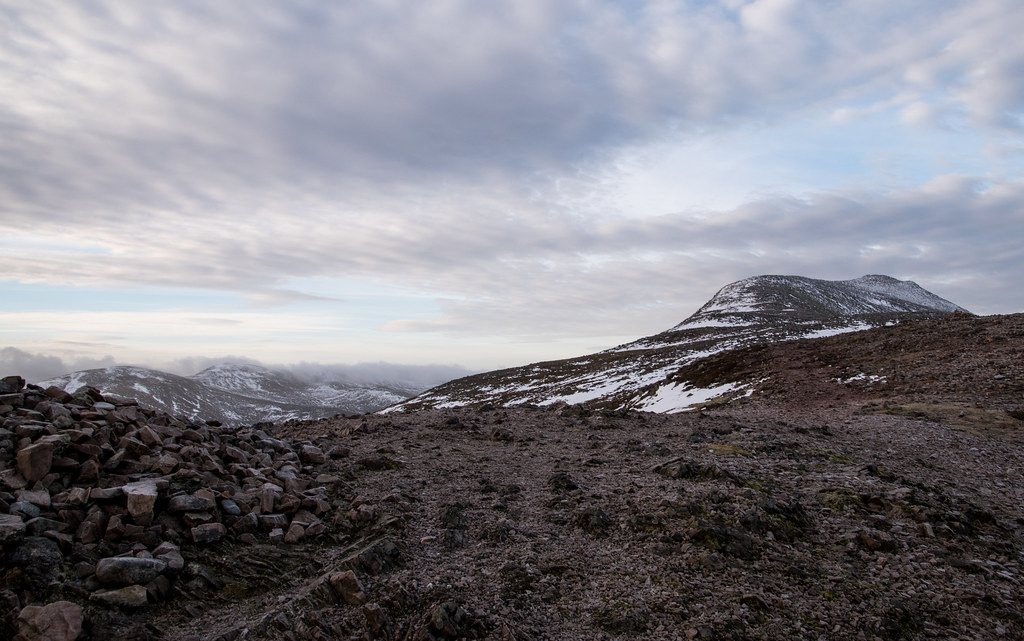 The camera had already advised me of the impending doom with its miserable "battery low" warning. I opted to put my camera back in the bag and take on the final, insanely icy approach.

Only a couple of hundred meters from the top I managed to over-stretch my knee when clambering over the unavoidable boulder field. Instantly my brain racks up all the worst scenarios, but thankfully after pushing through some mild discomfort everything seemed to settle down. Panic over.

Amazingly the idea of having a goosed knee made the final ascent pass quicker and before long we had made it to the summit / ice-rink.

Some views from the summit 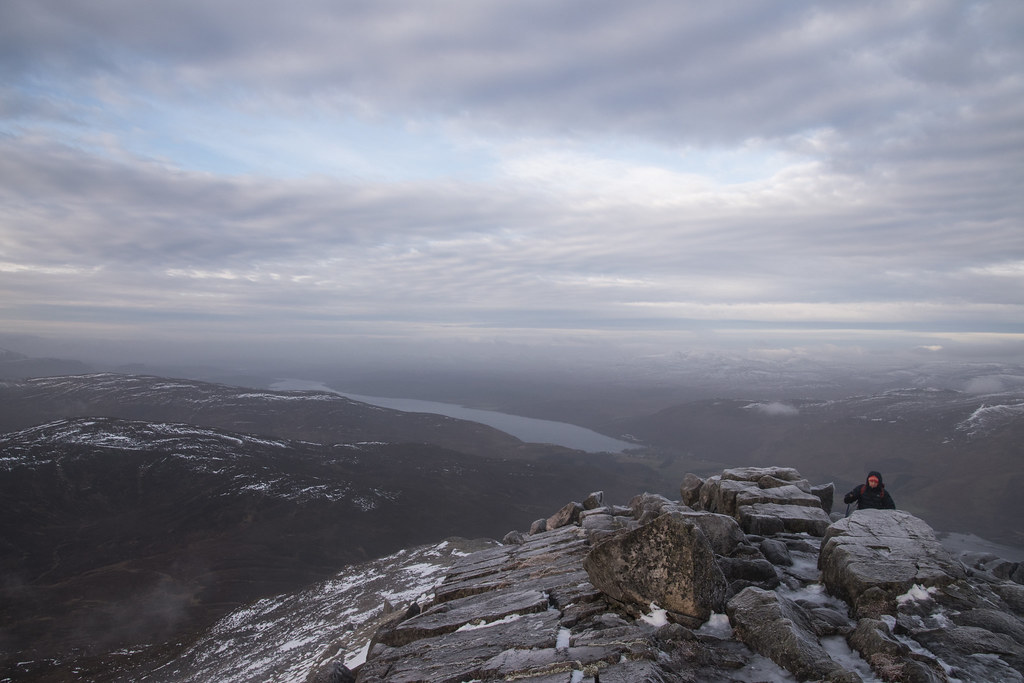 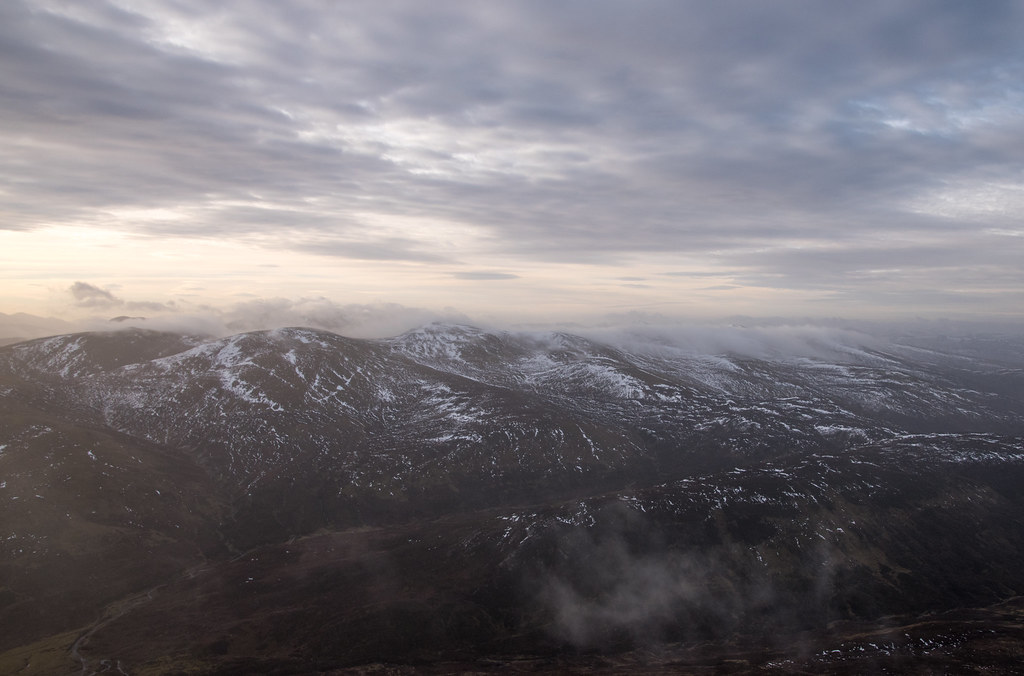 Possibly my favourite of the day! 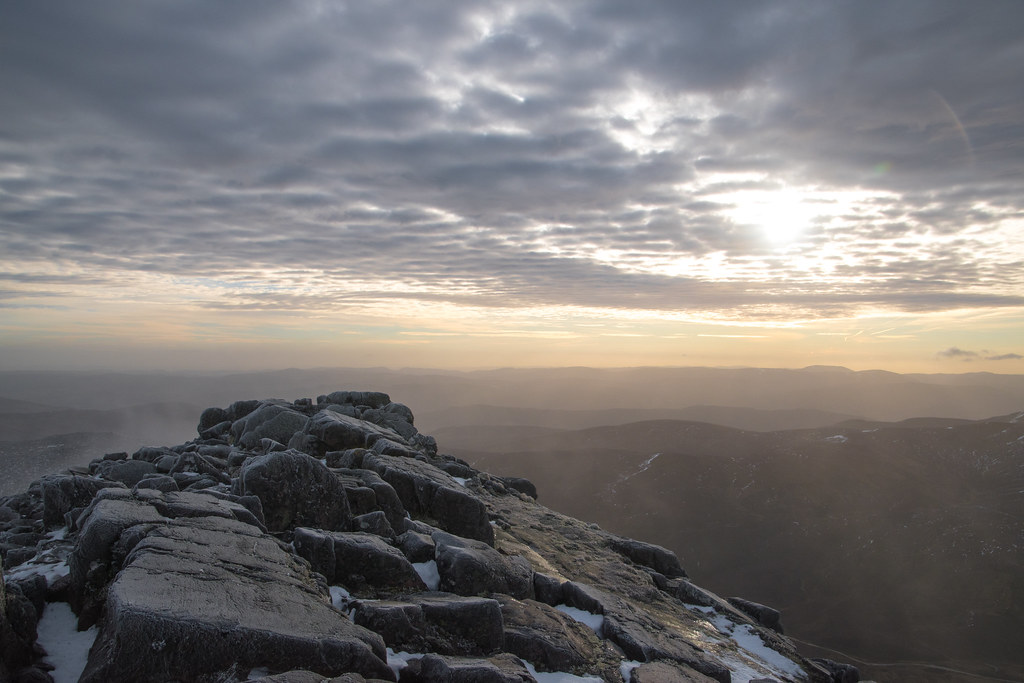 Callum knows how to capture the finer moments 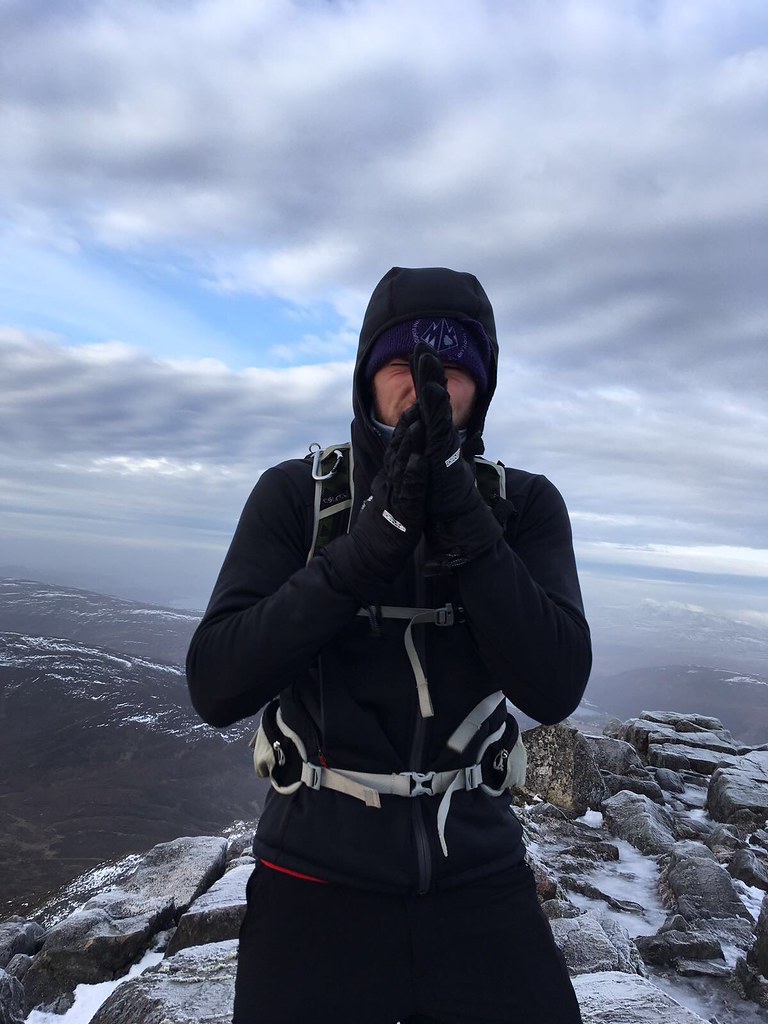 I have become convinced that every outing has one standout moment. Schiehallion I am sure will be unusual as the highlight was meeting two Glaswegians at the summit. Both roughly similar age to myself but one of the two was just trying to get back into getting out onto the hills . His clear excitement, maybe emphasised by the ice cold Schiehallion they were enjoying, was contagious

An early night in on Saturday, an early rise Sunday and long drive from Glasgow would be more than enough to put most people off the idea of sweating up an icy hill. However this one lad could not speak any higher of his day so far and how much he has enjoyed it. I am certain a lot of people underestimate how much of a "buzz" you can get even from a simple Munro and for me it reminded me of how it should never become an exercise of ticking another one off the list of 282!

Feeling refreshed and beginning to succumb to the cold we opted to leave the summit and head for a shelter on one of the false summits for a spot of lunch. 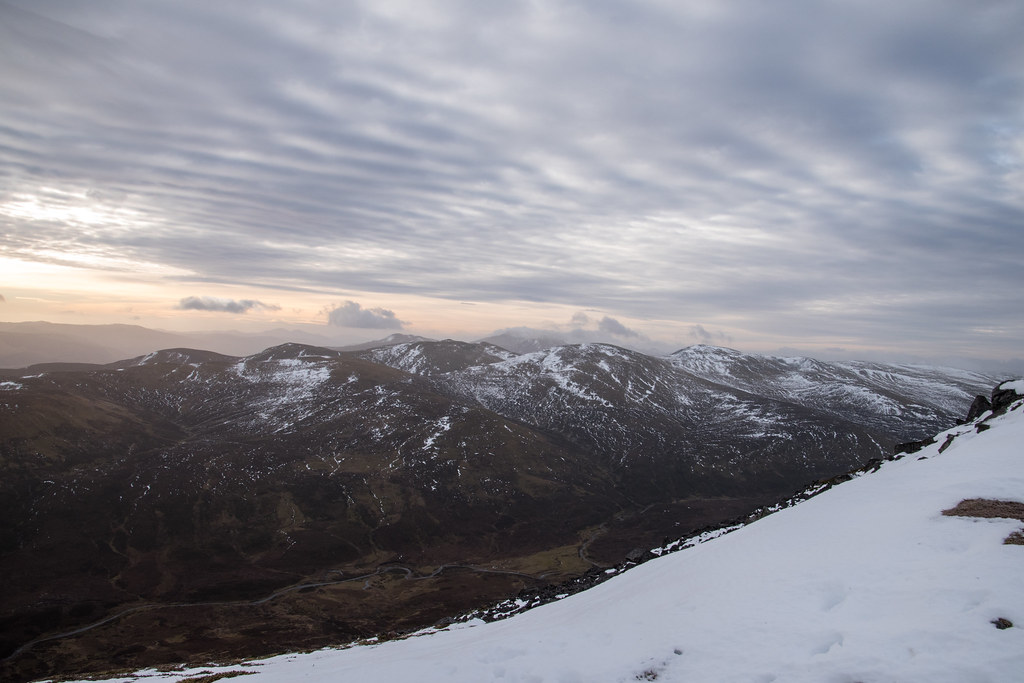 All that remained was the short walk back to the car. Thankfully by now the layer of ice had melted which made walking far easier going.

Look back towards the car park 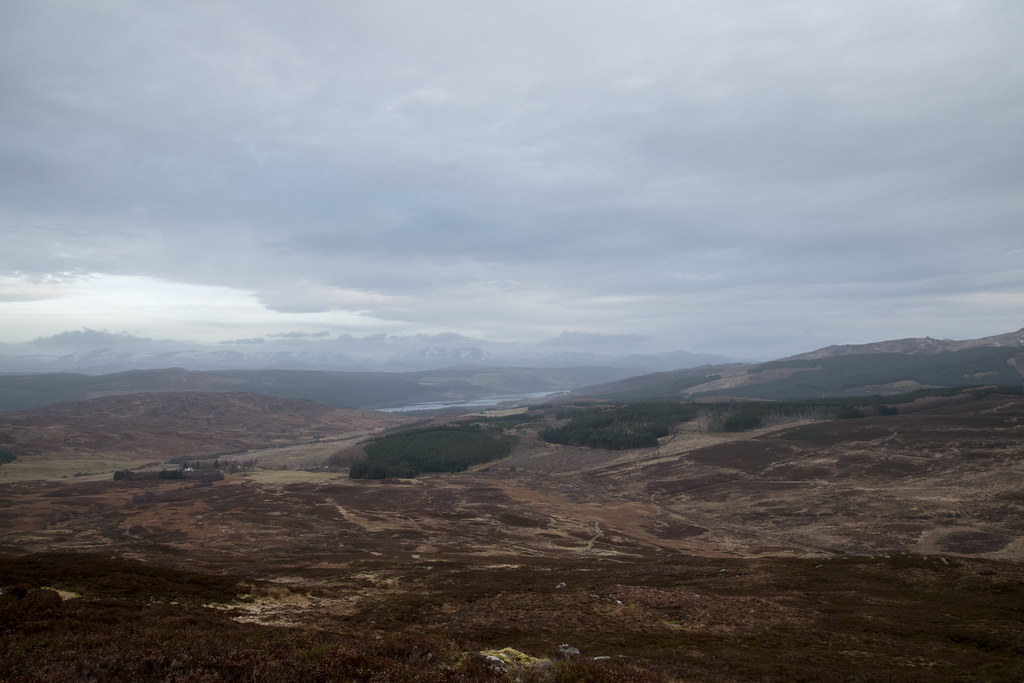 We made it back to the cars about 5.5 hours after setting off, allowing plenty time for Callum to listen to the second half of the "mighty" Dons get pumped by some newly formed team from Govan

I however put some Arctic Monkeys on and set off for Aberdeen.

Apparently you drive through Monday morning on route to Aberdeen! 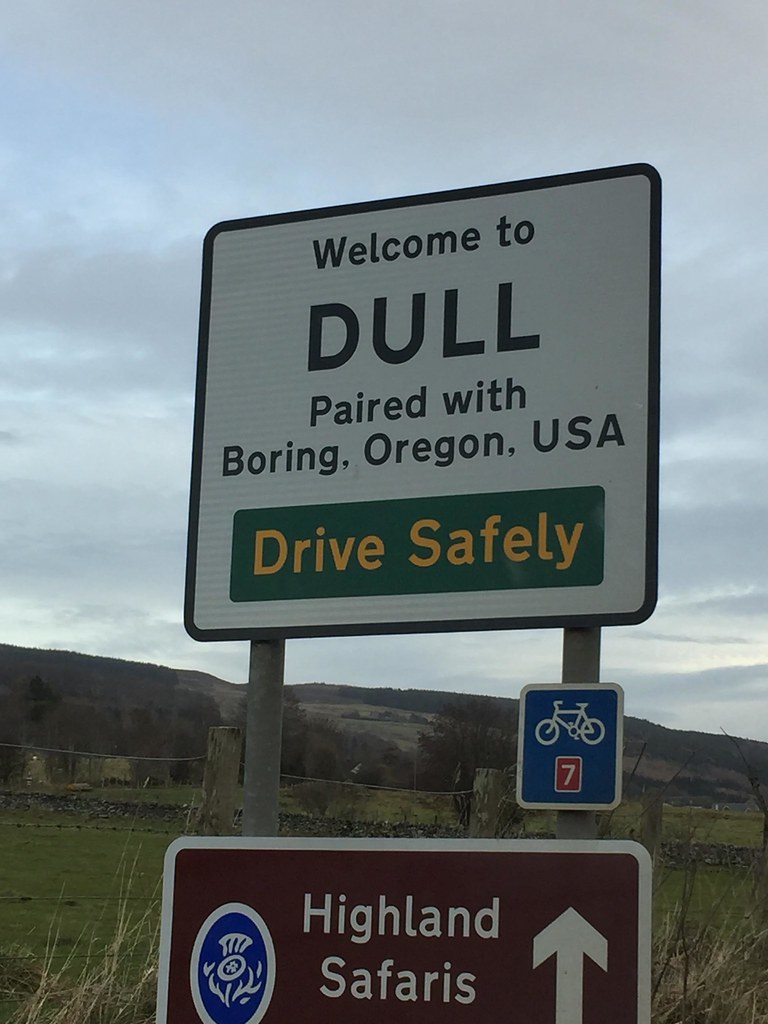 Thanks for reading again!
Andy

I wasn't sure what the £3.50 comment was about, but guess its a reference to a pint!

I have become convinced that every outing has one standout moment.

This is one of my own "philosophies of life". I genuinely think that every time I go out, there will be at least one moment that makes the day special, whether its in the hills, on my local heathlands, or paddling my canoe on the rivers of the south east. It hasn't failed me yet, this week I've found a new magical corner of Surrey to which I will return with the camera at sunset, and been watched by a sparrowhawk from a tree by the Wey as I drifted silently past it.