Beinn Alligin and the Horn

Beinn Alligin and the Horn

As expected the weather was beautiful, visibility was good, the sky was clear and wind was nearly non-existent. Quickly we were organised and ready for the off. Before reaching the end off the car park Julie asked if I had the water, “ flipping eck “ I new straight away I had forgotten it, it was still in our tent that was pitched opposite Liathach on the North Bank of the River Torridon.

The route that we took was the same as described on Walkhighlands except for our little detour that took us onto the top that sits to the west of Coire Nan Laogh. This cairn was soon reached. Nice views were had from here looking over Loch Torridon.

From here we back tracked for a bit and carried on until we reached Tom Na Gruagaich. 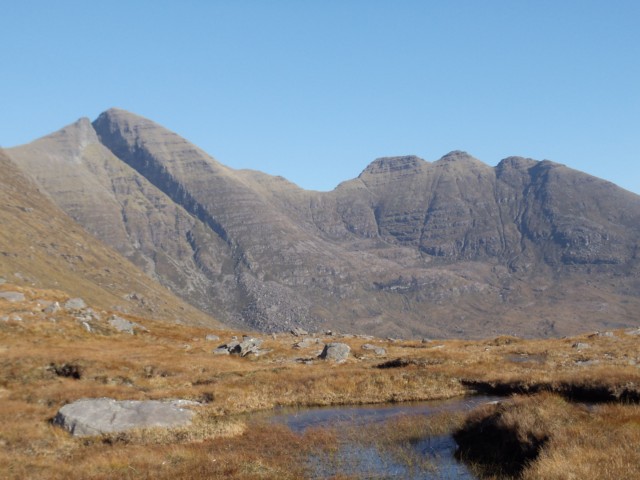 View to the Horns 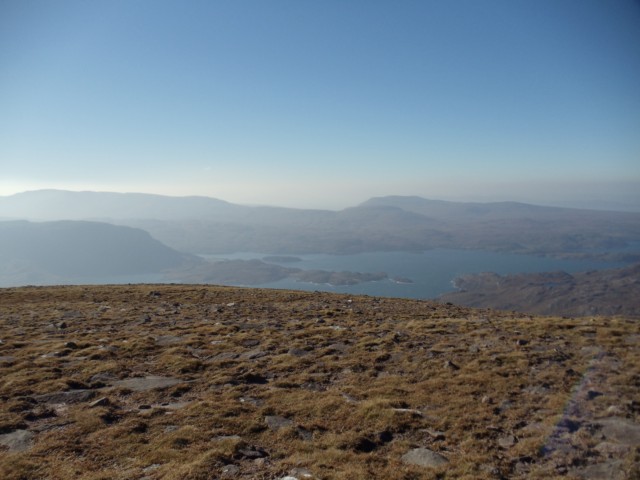 view from west top above the coire Views to the East 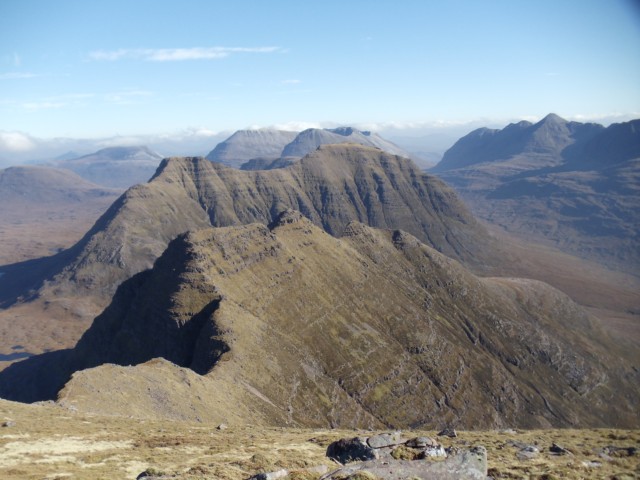 Note.. Until this point the Horns looked like they may have to wait. Earlier we had met 3 Irish lads as we emerged from Coire Nan Laogh. They had started in the opposite direction to us. They decided not to do the Horns and took the bypass route because of the high winds.
On emerging from the Coire we soon realised how strong the winds were… it was a bit of a battle to reach the top west of the coire, but as if by magic the winds suddenly died as we reached Tom Na Gruagaich.

Care is needed when descending North of Tom Na Gruagaich for a short distance only. From here it’s a nice walk round the rim of the coire until the next summit is reached Sgurr Mhor. Great views all around, truly amazing. And to boost the wind had stayed away so it looked like the Horns were on.
We descended East down the steepish ridge with great views of the Horns straight ahead as we went.
The climb down Sgurr Mhor prepares you well for the ascent of the Horns. There were a few hands on bits to reach the summit of the Horns but nothing to hard. There is a bypass path to the South of Na Rathanan if one so wishes to avoid the slightly airy tops. 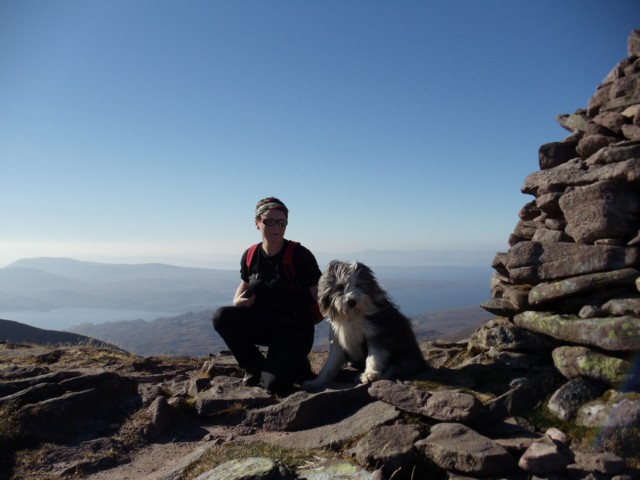 sgorr Mhor from the Horns 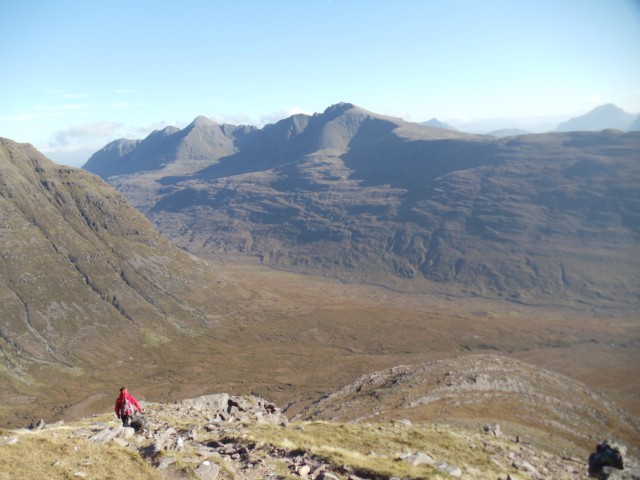 Descending the Horns with views to Liathach Carry on down the ridge SE to meet a track that leads back through Coire MhicNobaill. The path carries on to the road and the bridge at the start of the walk.

Great stuff Dave,
Excellent weather for an excellent couple of munros. I have these to do amongst lots of others so envious as hell.

Was a great weekend, well Sunday and Monday.. We got the better weather for the Monday when we did the Beinn Eighe Ridge. Was a great couple days.

I wouldn't have the nerve to do that, especially with the dog, well done you for getting it done,

That looks magic! I'm not sure the word steep does justice to the descent of Sgorr Mhor - judging by the pics. I have to get up there. I can see a sickie from work in the near future if the weather holds up.
PS - excellent dug.

Either you've mastered the very difficult trick of how to make things in photos look horrifically steep or that descent from Sgurr Mor is horrendously so!

Such a fabulous hill

I'm surprised you weren't camping on the summit