An early leg-stretcher to fit in a hill before some more leisurely walking through the Hermitage later that morning/afternoon. 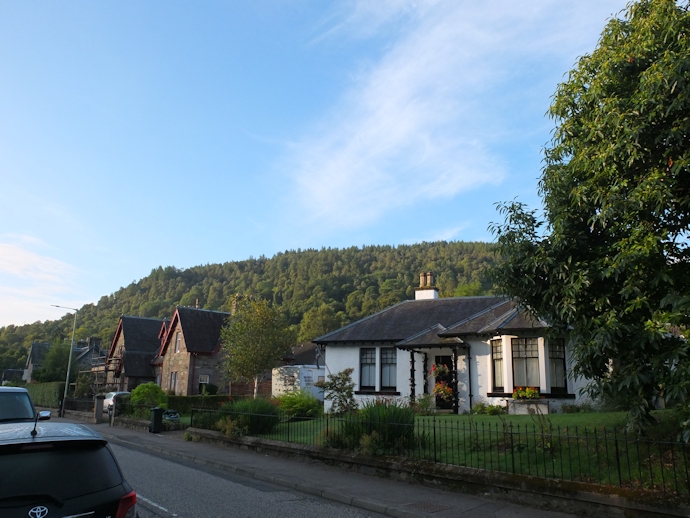 A fresh start just before 7:30, but already clear and brightening beautifully as the sun worked through. I passed the front of the Beatrix Potter Centre, then turned left towards Birnam Station. This led me underneath the A9, then it was a left turn to take a road, then track, southward slightly uphill of the village. Two or three people encountered on the lower paths, but I then had the hill almost entirely to myself. Path around east side of the hill

I wore trail shoes - and jogged or ran some parts of the way. There were good dry conditions and made paths or tracks for much of the way, especially the first half of this walk. If concerned about steep or muddy ground, then that could be minimised or avoided by ascending from the south and then returning by the same way.

I just took my camera (which had plenty of use), a jacket (carried more than worn), a fruit-nut bar (eaten) and sunglasses (unfortunately escaped from a pocket and lost).
I should have taken some water - maybe a just a flexible bottle - though I resorted to drinking from a burn that comes downhill to join the path on the way up towards Stair Bridge. Cool, fresh and incredibly welcome. As recommended by Walkhighlands (and local information on walking routes), I diverted slightly to visit the Stair Bridge, a good viewpoint southwards. Though the bright sun in that direction made it less ideal for photos in that direction. 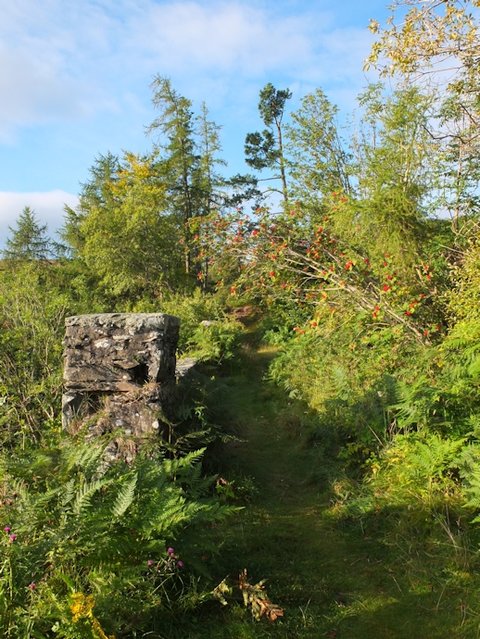 There were, at least, plenty of trees and other features to admire and take in. 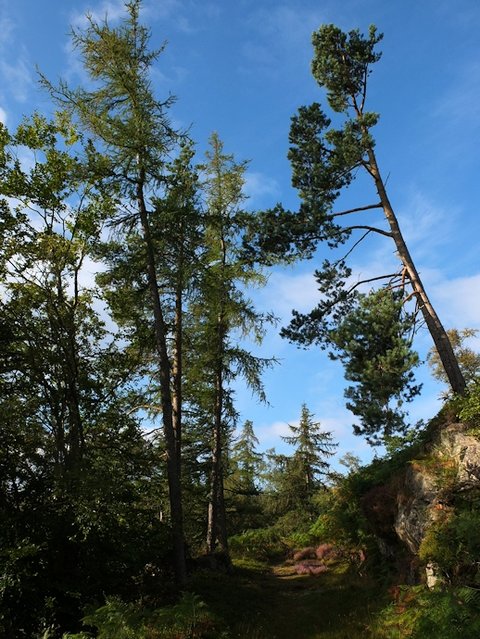 Pine and spruce near Stair Bridge

Then back onto the good track, with beautiful morning sunshine bringing out colour from the heather and hillside. 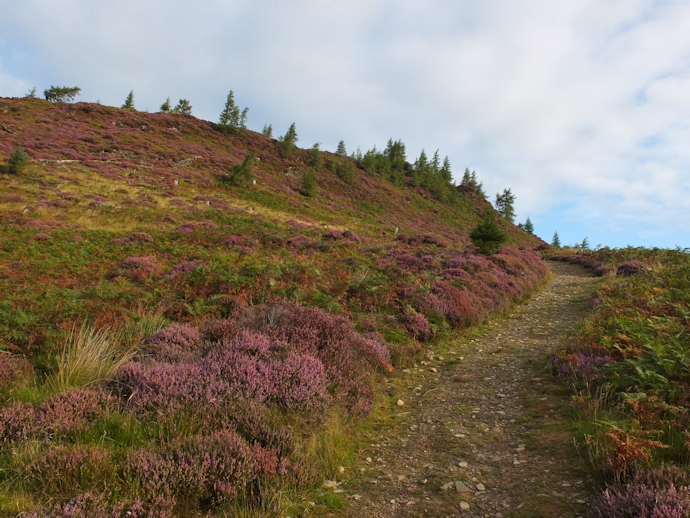 Uphill through the heather

The track turned back to the right, started climbing once more, then a slightly steeper path led up towards some rocky outcrops. This still gave decent footing, also, so that my pace was limited by me rather than the terrain. The last few minutes offered developing views over the uplands and neighbouring hills that spread out westwards. 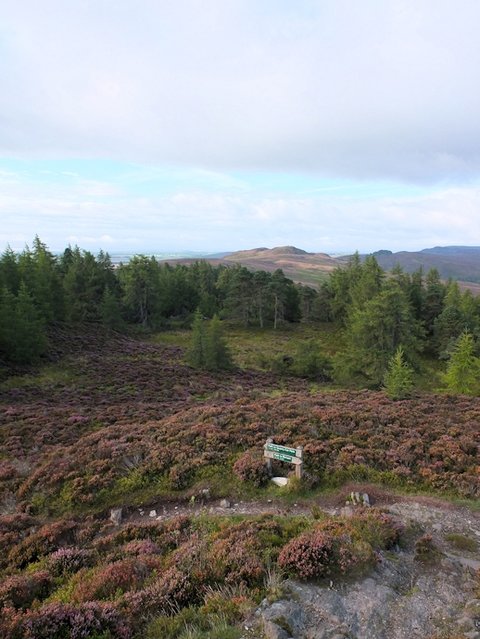 And in every other direction, including north along Strath Tay to this edge of the Highlands. 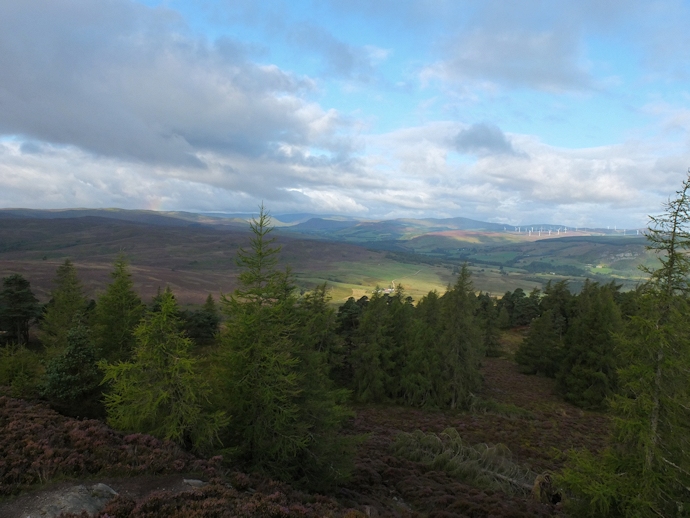 I descended north through woodland, which did include some puddles and boggy patches that were easily stepped or jumped across. A few minutes of descending briskly brought me to a rocky outcropping that overlooks Birnam and Dunkeld. I could make out Jessie Mac's hostel, thanks to the church next-door. There were more steepish stretches - which'd need caution in the wet, since there's a lot of tree root and soil that would have become much less suitable to my hasty descent.

I came back down to a made path and green direction post, where a right turn brought me to the station road and village edge once more. Back before 9, in time to appreciate a shower and another instalment of breakfast before switching to tourist mode for the rest of the day. 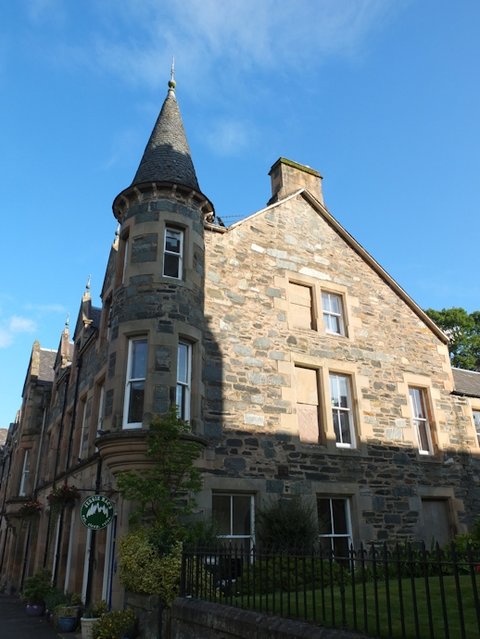 
BirnamHill.gpx Open full screen  NB: Walkhighlands is not responsible for the accuracy of gpx files in users posts