Taking advantage of a good (becoming very sunny and quite warm) day's forecast. My brother didn't want to do any steep or strenuous walking, so I took him at his word and we made a circuit of the level and well-surfaced Loch Leven Heritage Trail.

After some walking through the town, we were onto the Heritage Trail proper. The first sections follow a former railway line, which was aptly remembered. 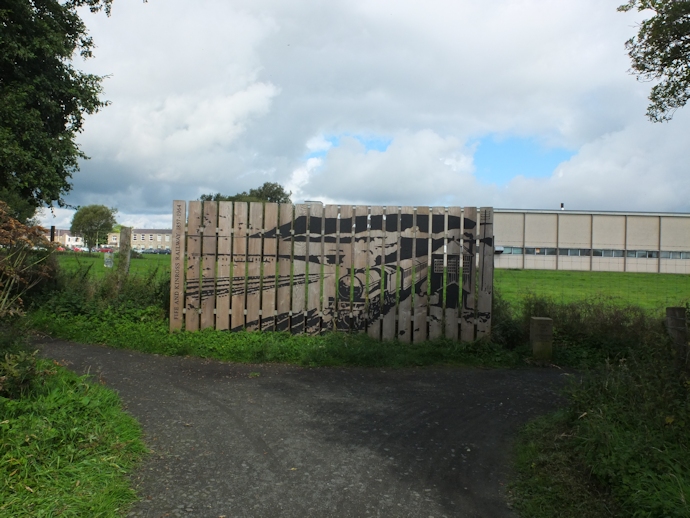 Then, the well-made (and well-drained) path led behind some trees and other reserve areas, with glimpses towards the Loch. As well as a dragonfly made from appropriately natural materials, woven willow and weathered wood. There were plenty of others out, on foot or cycling. A few people were running the circuit - I recognised at least a handful of those on bikes and one woman runner when we crossed paths with them later on during the day.

I noticed some wildflowers beside the path; I'm more used to seeing these earlier in the summer (and much further south), but they were obviously taking advantage of balmy flowering conditions. When the path turns south from the Loch, there's about the only significant climb of the trail. This just ascends 15 metres or so (and zig-zags for much of that), emphasising how level the rest of the route is. And that's being said by someone from Norfolk!

There's a viewing area and sculptures at the top of this "climb", good to take in the views or recover from the demanding ascent. Though the weather was duller, even feeling cool, due to cloud overhead so we decided to head around to Vane Farm before taking a break. 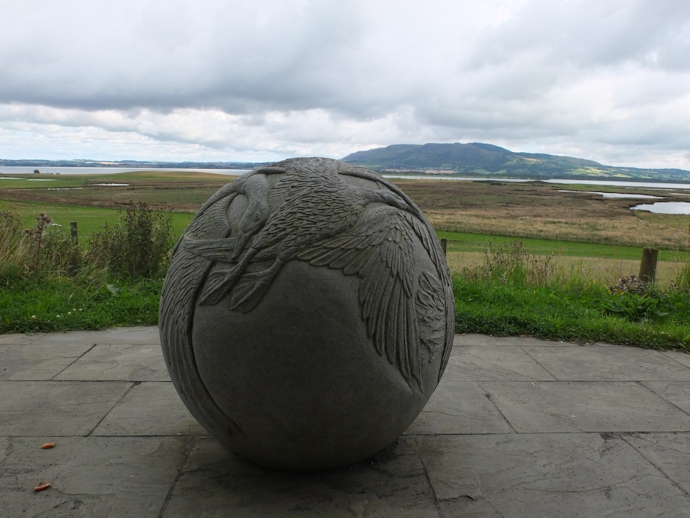 Stopped at RSPB Vane Farm for lunch, then paused on some further benches as we went around the east and northern sides of the loch, taking in views and refreshment.

These benches bear lines of verse relating to local legends, landscape and other inspiration. I tried taking photos of most of them, though didn't get the words in full.

There were also plenty of ornithological opportunities - but I'd not squeezed a set of binoculars into my pack for the walk. Still, no assistance was needed to appreciate the many dozens of swans gathered in sight of the path. The weather was also improving by now (nearly 2 o'clock), with blue skies and warmer sunshine. That brought a balmy feel for September, though made for warm (fortunately not hot) conditions trying to keep up a good pace back around to Kinross. We left the lochside section for a short path through woodland, then turning past the Sluice House where a channel flows out from the loch. A grey heron was hunting the waterway, while a family of swans with their cygnets dabbled nearby. 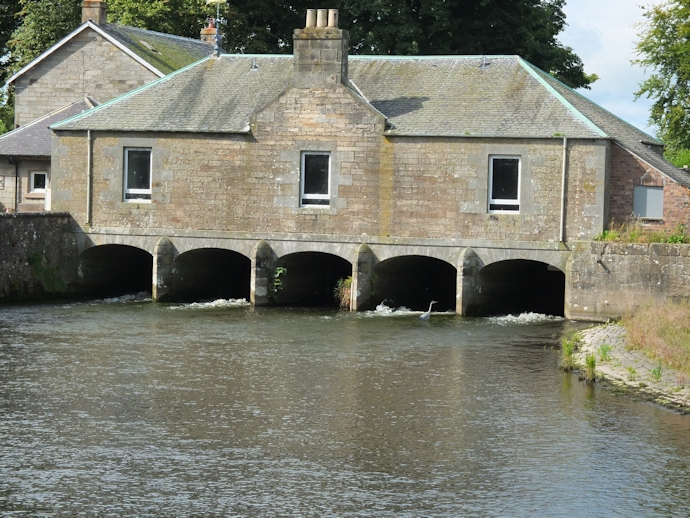 A footbridge crosses the channel, leading to a pleasant section of open woodland. This gave glimpses of Bishop Hill, opening to a clearer view across the fields. There was also some activity evident from what the map confirmed is the Scottish Gliding Centre. 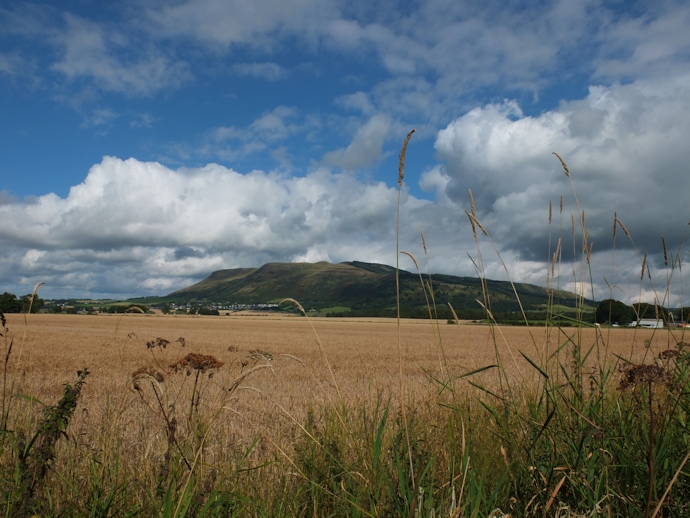 Bishop Hill from near Portmoak

We made gradual progress around the eastern and northern shores of the Loch, with occasional pauses for a snack or, especially, a drink. As well as photos, taking in the views and gauging how long that progress was taking. 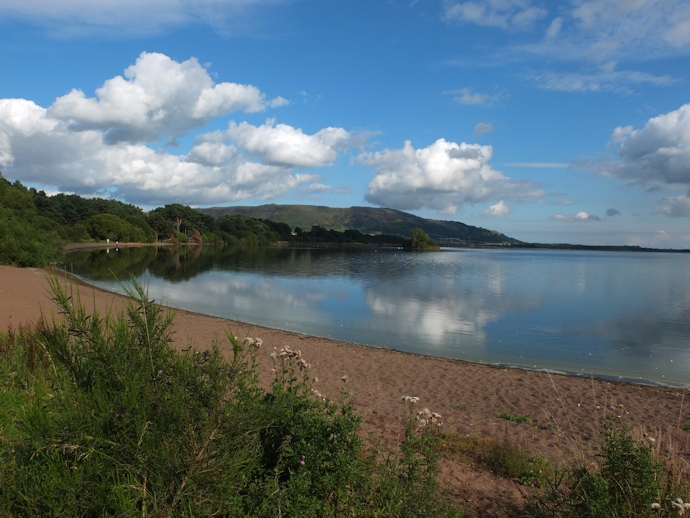 Bishop Hill from the northwest shore

The benches grew more frequent near the NW corner, indications of a nearby carpark and road access. But we carried on, through several gates and turns near the Ury burn, to where the Trail passes into some more woods.

Those brought us out, eventually, to pass the grounds of Kinross House then an area with sculpted seats framed by a hedge near to a picturesque old Kirk. I took in some views across the Loch before we turned towards the town, back to the car and away.