Normally, I wouldn’t go to all the trouble of posting this city walk as I’m sure everyone and their dog has been up Arthur’s Seat, but I discovered a nifty little gully route to the summit which is both easy and different from the usual path routes. Well, I say discovered – turns out its called the “Gutted Haddie” which, thanks to some time spent in Motherwell, I can confidently interpret this from the Scottish vernacular as meaning ‘someone with the morals of a fish’ (think it might have lost something in the translation there!). It is described as a rubbly gully. Well, there is very little rubble in there now and it is a good, easy scramble on rock for the most part although there are a couple of constructed sections which appear to be run-off channels for rain water from the hill. My pics show the route and, believe me, it is by far the quickest way to the Lion’s Head, as the summit is affectionately known. It took me only 10 minutes from the bottom of the gully to the summit trig point and that is very fast compared with the adjacent path. I also descended this way and, due to its steepness, more care was required on the way down. Consequently, it’s one of the few examples where the ascent is quicker than the descent.

I did the customary route over Salisbury Crags, scrambling up on to them from the road and traversing all the way over the top and I wandered around everywhere just to make a decent afternoon of it (3 hours total) including doing the gully ascent twice seeing as it was so quick. The views were excellent with near perfect visibility. I asked someone about the football ground in view and they said it was the home of Hibernian FC. Turns out they are a Scottish Premier League side and, for all our ‘foreign’ Forum members like me, that is the equivalent of the old English Isthmian League only with much smaller crowds. I actually mentioned this to the barman (an avid football fan) in Rob Roy’s bar in Balquhidder a few days later and he was not amused. Nice bloke but in dire need of a sense of humour transplant. 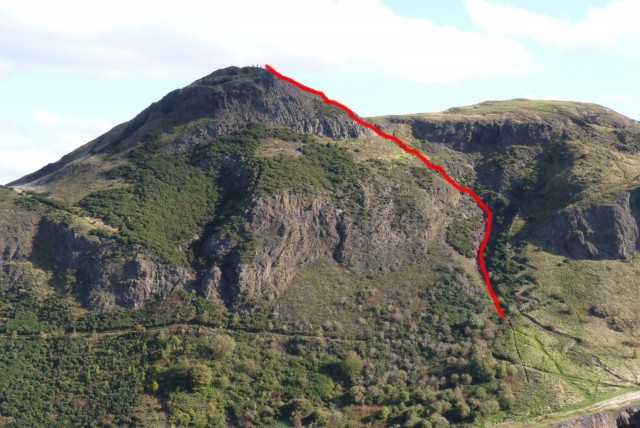 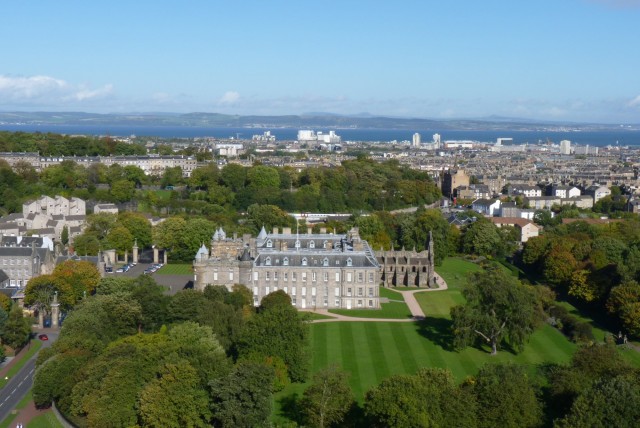 Holyrood Palace with the Lomond Hills in the distance. 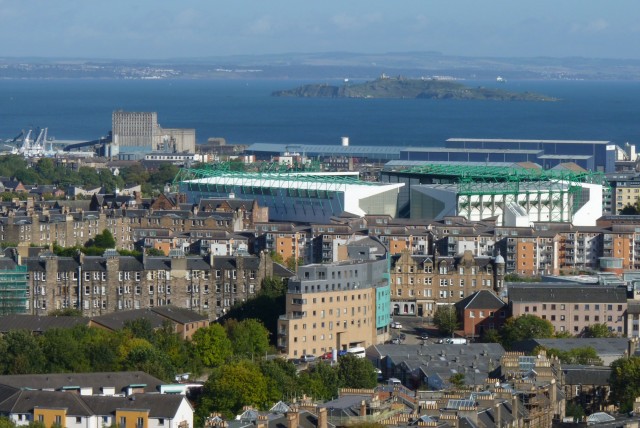 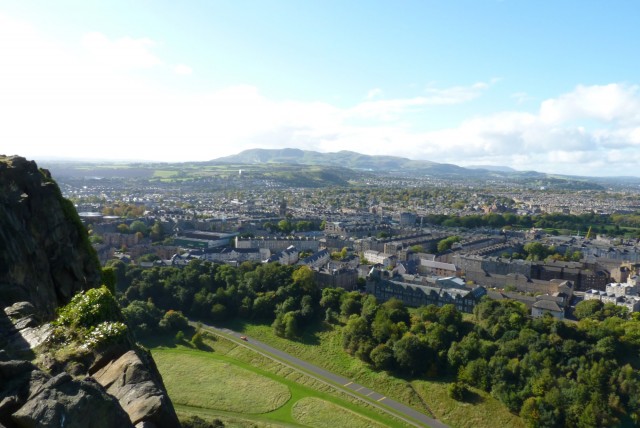 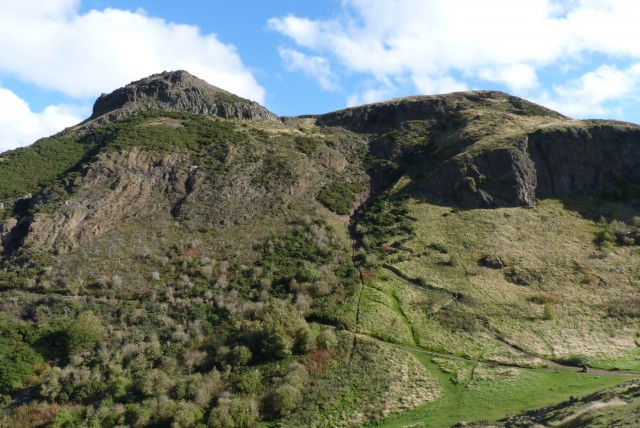 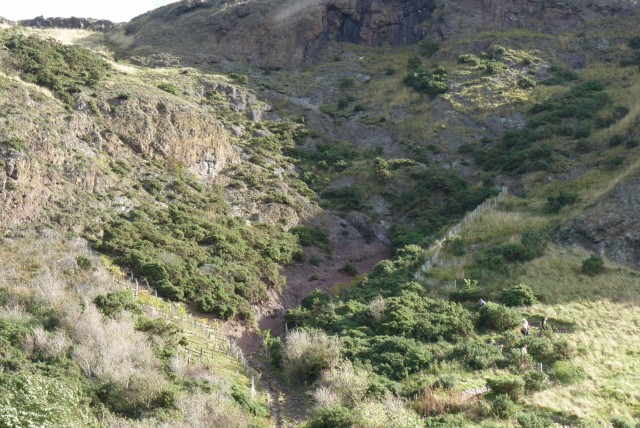 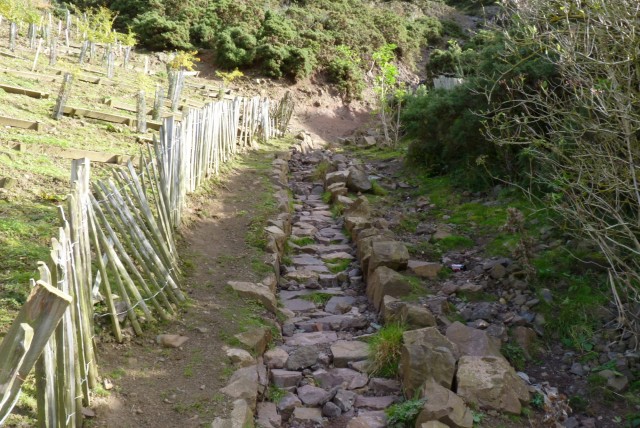 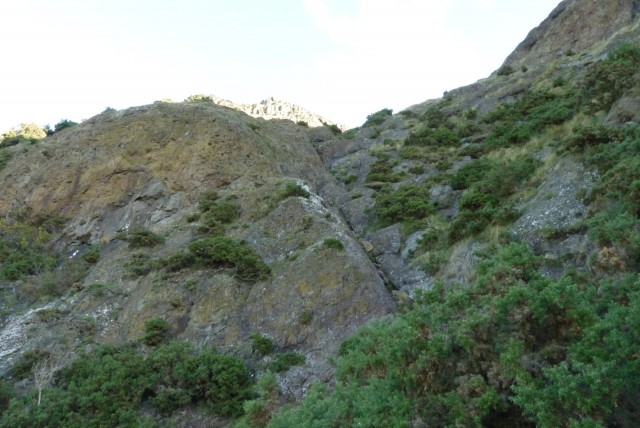 Easier then it looks – honest! 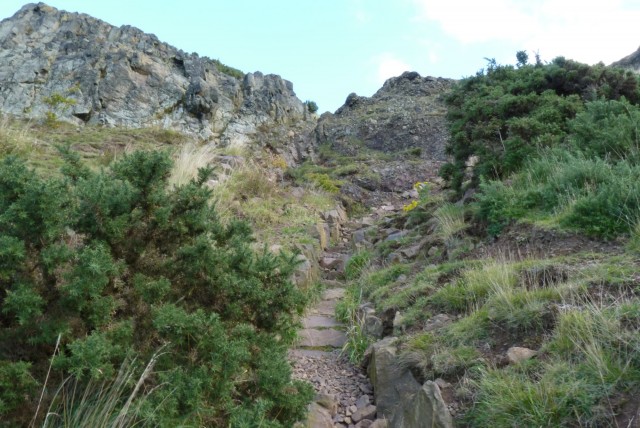 Further up the gully. 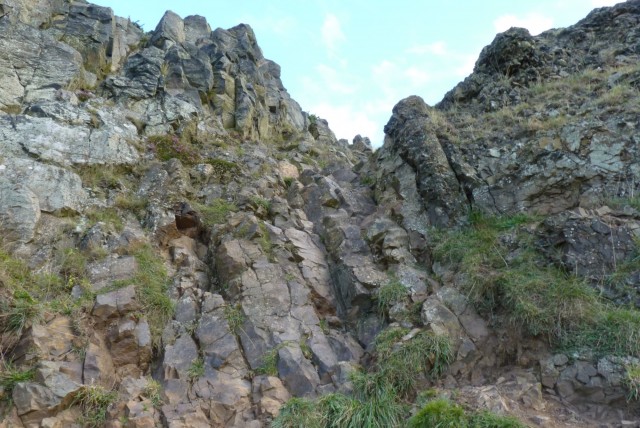 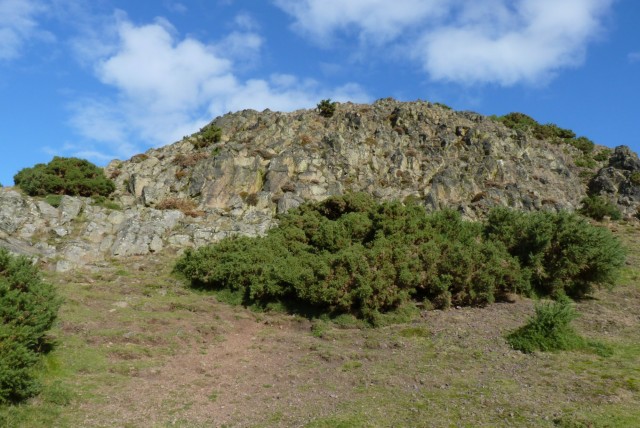 Final scramble to the top. 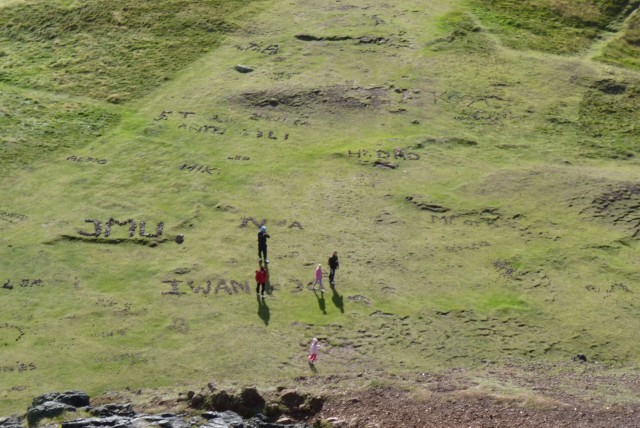 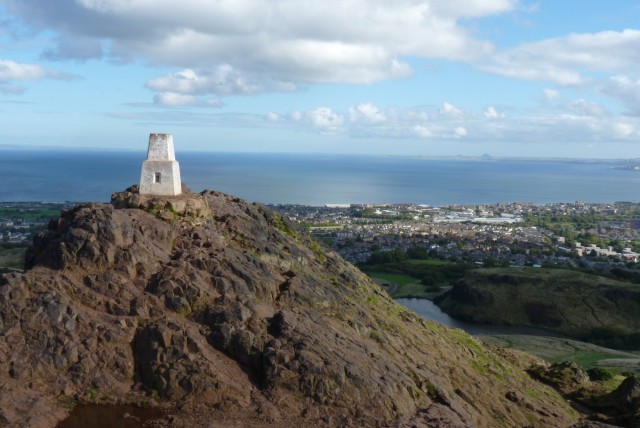 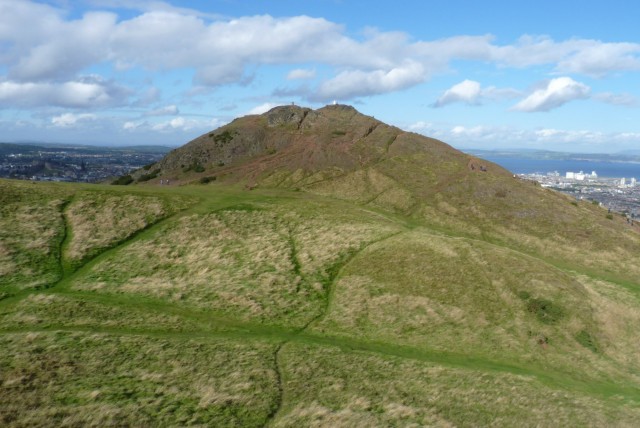 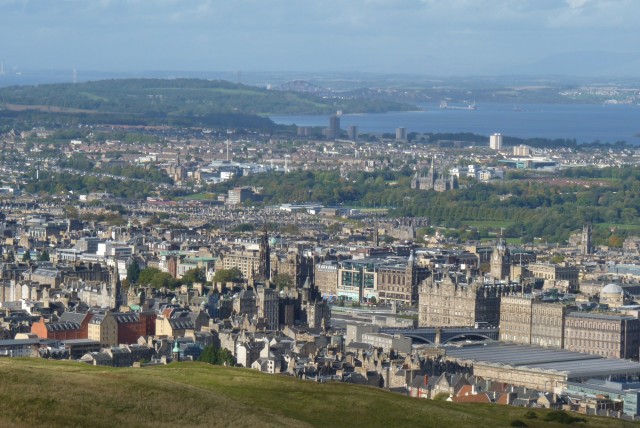 View to the Forth Bridge. 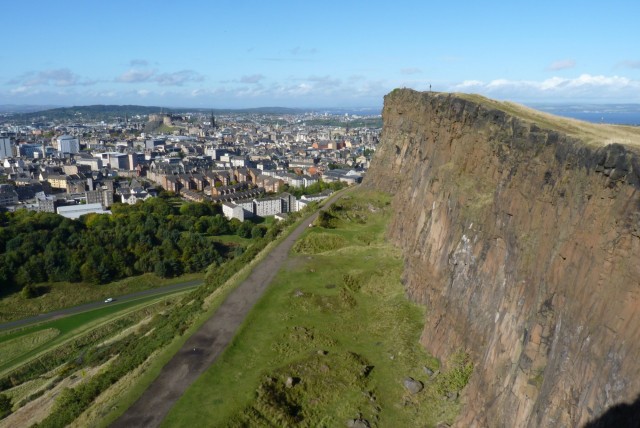 Looking back along Salisbury Crags. 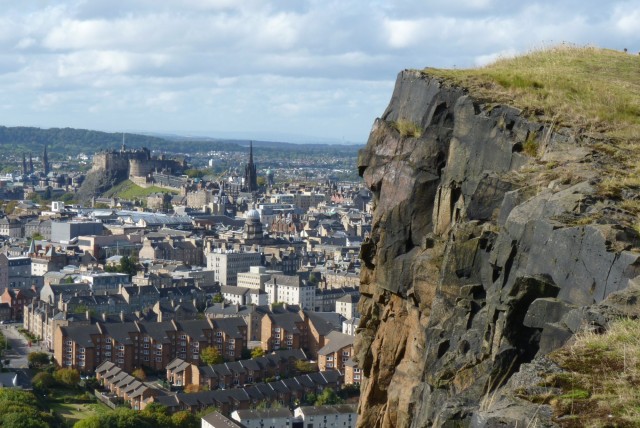 Castle from the Crags. 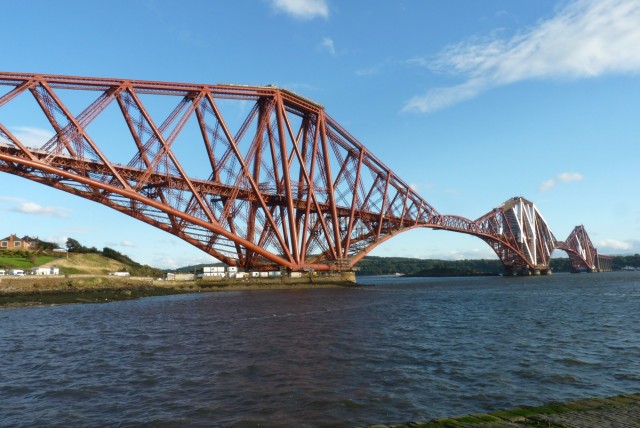 Been up Arthur's Seat many times but never tried that route - will have to give it a go, looks like good fun.

. May our paths never cross

As a kid, before the current zig-zag path was built, I used to have great fun going up by this route. Must have been about 20 years ago...

. May our paths never cross

Agreed.....it's heretical to describe that as a "football" ground.

Not only that, Hibernian nil is a very strange name for a football team.

Sorry, I've looked, but they don't seem to report on minor league football in my newspaper.

That's got me laughing at the fitba spat anyway!

That gully looks okay. I still haven't been up this/these crags, although my walking buddy Richard has been up there countless times. I think I'll give the gully a go in the upward direction - probably wouldn't come back down it though... when I ever get there...

Nice report, I may go and do this tomorrow. Been meaning to go a walk up my local hill for a while now.