Mayar and Driesh through Corrie Fee

Mayar and Driesh through Corrie Fee


Following a rainy, claggy morning things looked to be improving for the afternoon. Once I'd had a second breakfast and a cuppa, I persuaded my brother that there should be good views and dry conditions for us to enjoy the two Munros at the head of the glen.

We drove a few miles from the Glen Clova Hotel (bunkhouse) to the large carpark at the Ranger centre. This was popular, but no problem getting parked in a September midweek. After some booting and general faff, we set off at about 11 am, heading past the former hostel and along an established track through the forestry.

The track dipped after a while to cross the river, then climbed gradually again. We took a break at a turning area, still in the forest, which offered some suitable "seats" for a bit of lunch. Then onward, taking a left turn to follow a path. The trees thinned, then opened out to Corrie Fee, looking magnificent even with dull weather and clouds wandering past above. 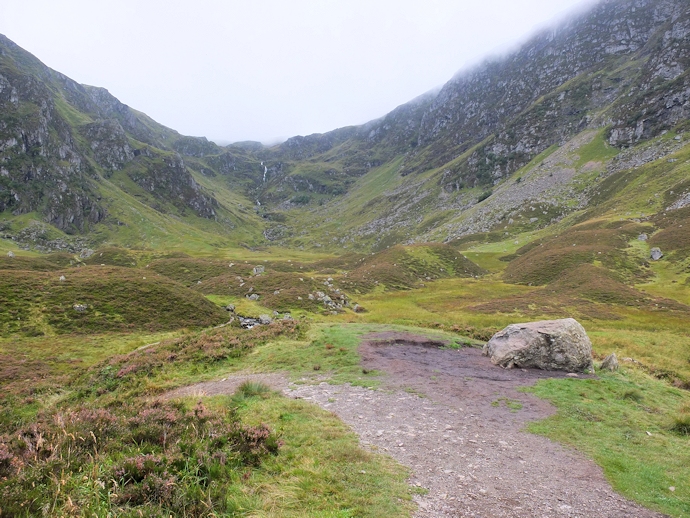 It was, at least, pretty dry, both overhead and along the good path. That led us back and up the corrie, around some moraine mounds, towards steeper slopes and a waterfall. 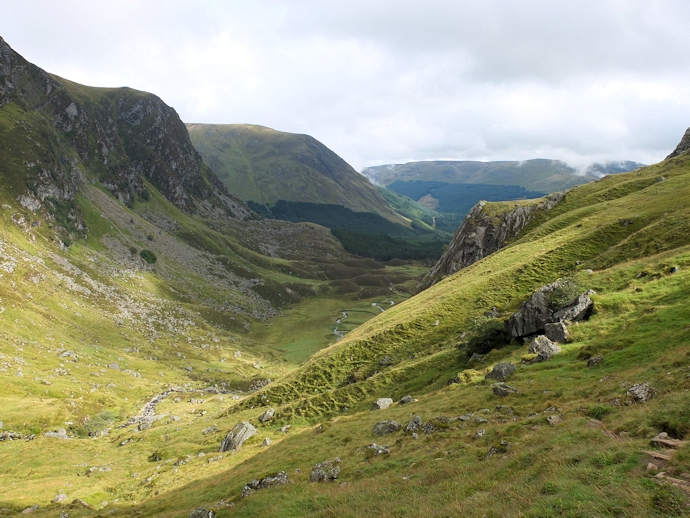 We took several more breaks as the path gained height, to let my brother catch his breath and, further up, a slightly longer second lunch-stop. There's plenty of interesting plants to see, as well as the mountain scenery and a small waterfall quite close to the upper path. 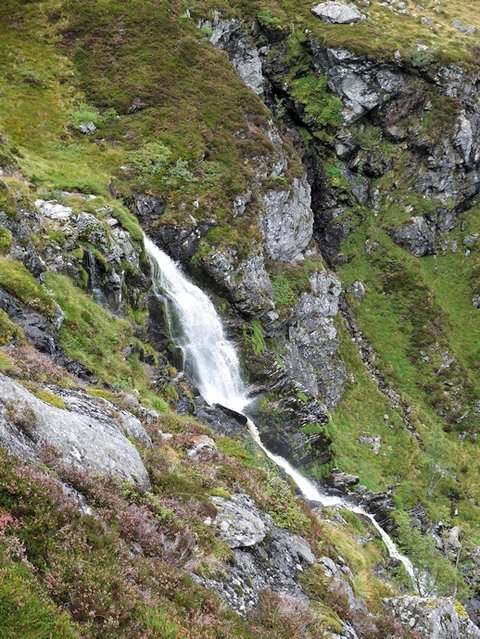 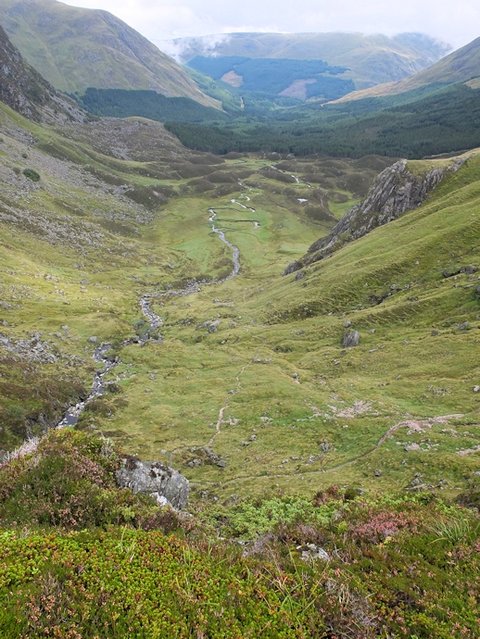 Corrie Fee from above

Further up, after zig-zagging up steep ground, the path is more gradual again over a moorland slope. Or, it should be, since we met signs and several fellows engaged in path repair. So we were diverted over some soft (though not too boggy) ground, where I noticed some bog asphodel. 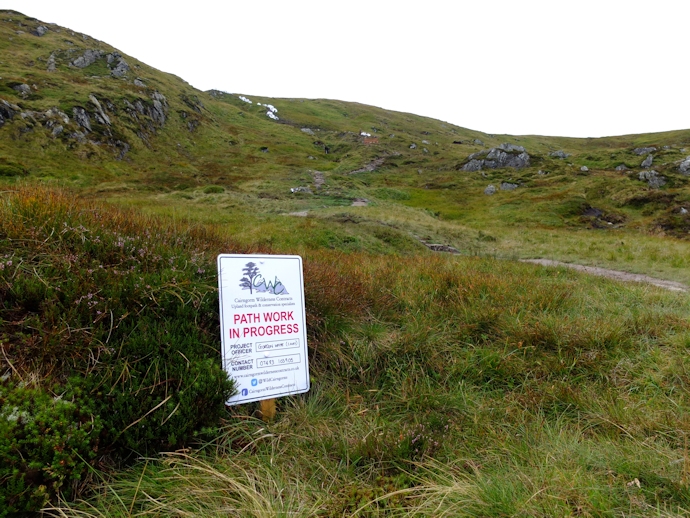 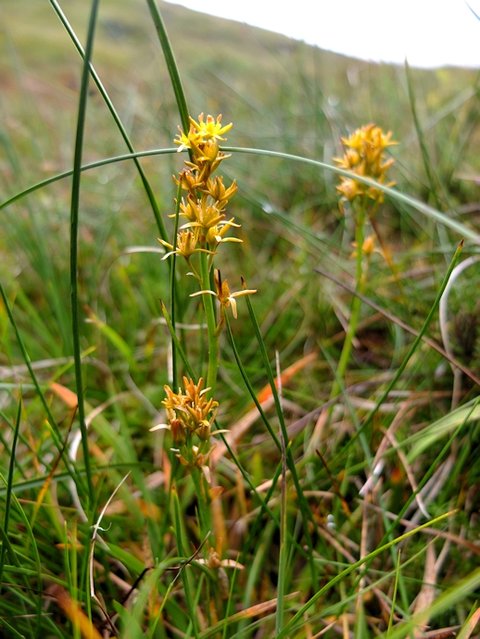 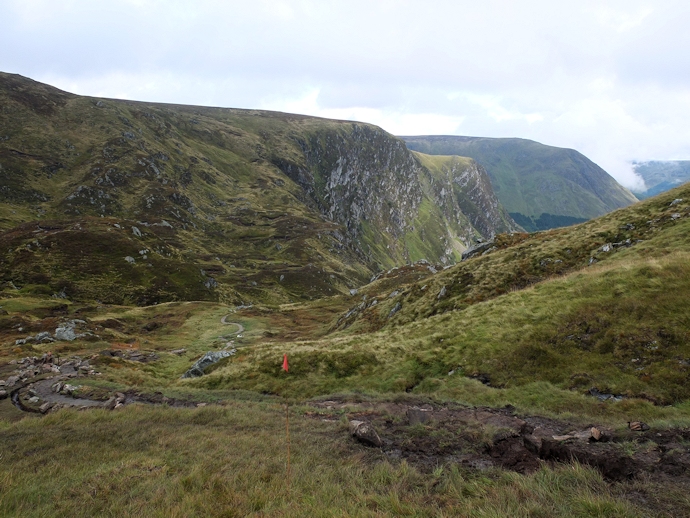 There were a few patches of sunshine to see during the ascent, but cloud ahead of us to the summit of Mayar. But it was fairly dry cloud and still seemed to be lifting gradually. Some optimism (and I think flapjack) just about kept us on route, especially since Driesh was "Just on the way back". 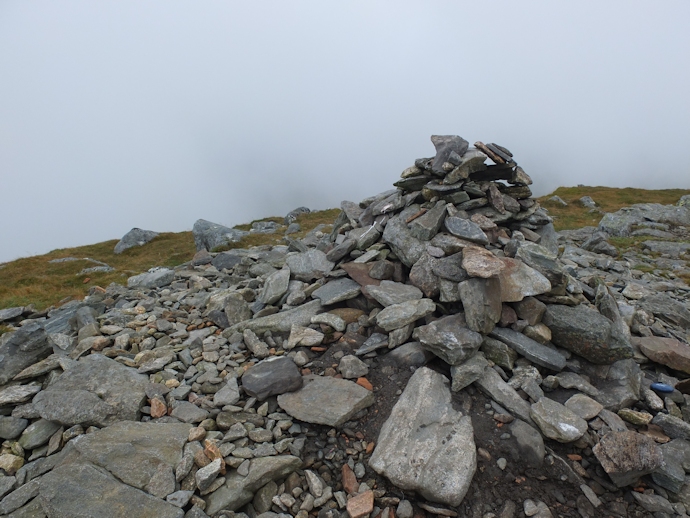 Mayar in the cloud

We did, indeed, drop beneath the cloud some way into the descent from Mayar. There was a fenceline to follow, leading towards a lump, with a higher slope still holding cloud to the right. 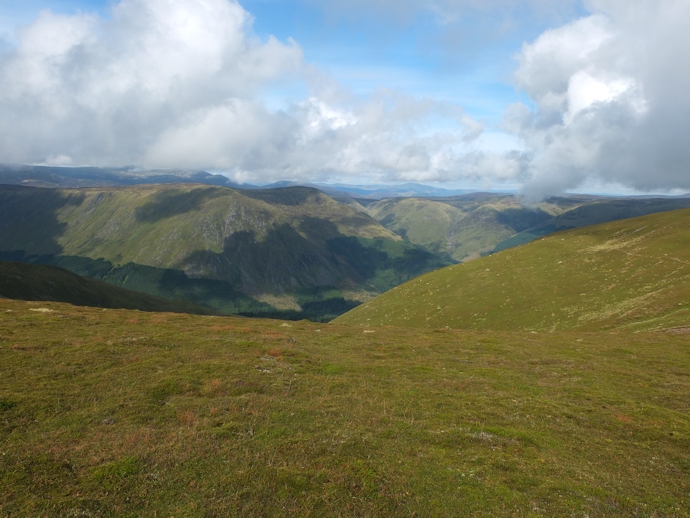 Conditions kept improving, though no amount of positive talking could hide that about 130 metres of ascent was necessary, some of it slightly steep, to reach the second Munro of the day. 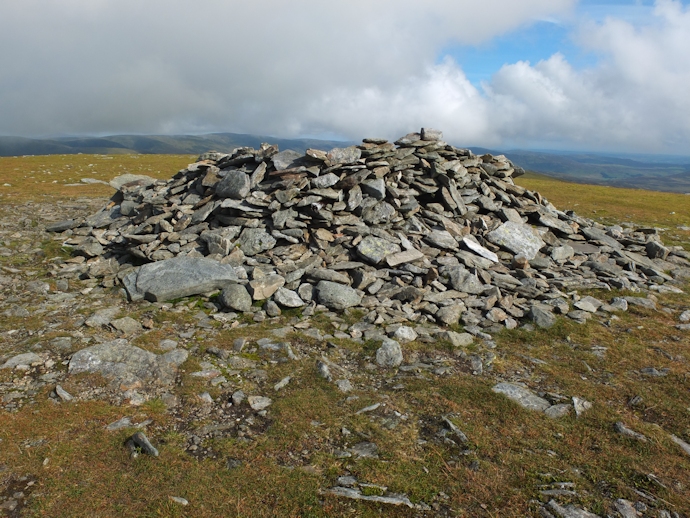 I also got some views across Glen Clova to Ben Tirran, where I had been walking in the wind and clag that morning. The difference that (some of) a day makes ... We retraced our steps to where a more obvious path lead down around the western side of Corrie Kilbo. I diverted slightly from the path in order to visit the top of Shank of Drumfollow, a fine spot that'd have been worthwhile for the name alone. Then down the easily-angled path, alongside blaeberries and with good views. The cloud held off, though not quite so bright as earlier. Getting back before 5:30, we had plenty of time to get sorted then a short drive back to the hotel, to freshen up and then restock with plenty of calories.

Users browsing this forum: Alan B, angusb, marcelnadia and 61 guests