New to the Game....Gotta be Ben Vane!

New to the Game....Gotta be Ben Vane!


Bit of a backlog writing up trip reports, so I'll start with this one...
My friend is new to winter walking but had showed she could use an axe previously on Ben More. This time I chose Ben Vane, a hill that hopefully would provide some crampon action/mild scrambling.

June picked me up at 6.30am. We arrived at Inveruglas just after 8am. Booted and off walking about 8.15m, it was still dark. Well documented route so I'll keep the details short. 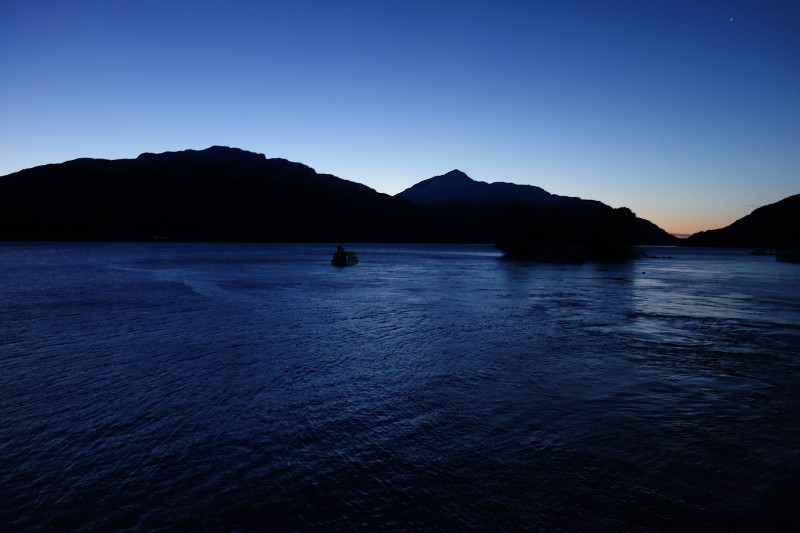 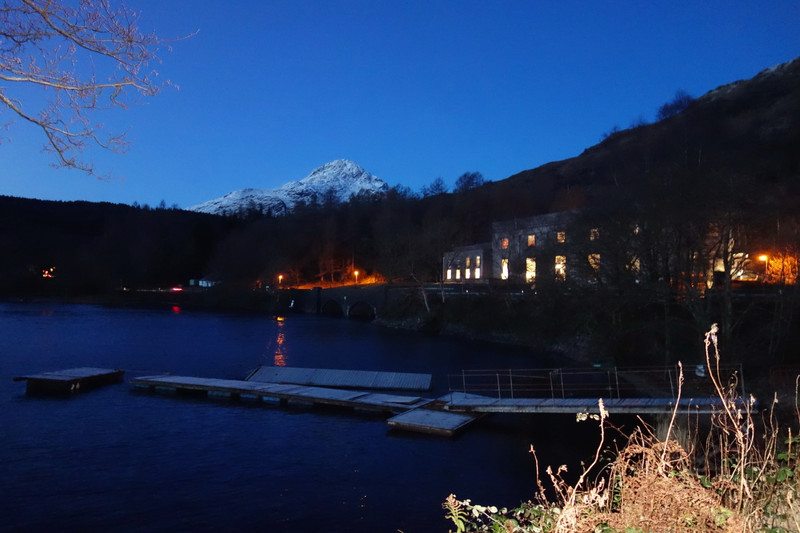 Easy path for around 3k before reaching the base of the hill. Its basically straight up, working through crags nearer the summit. 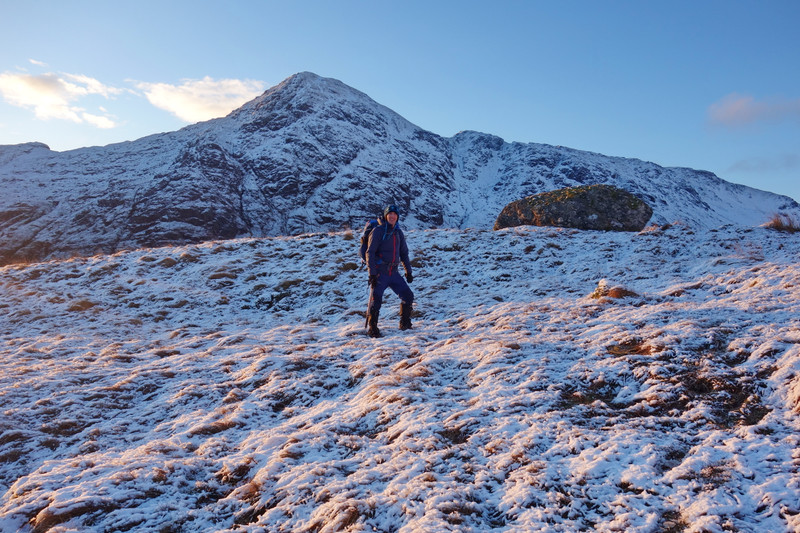 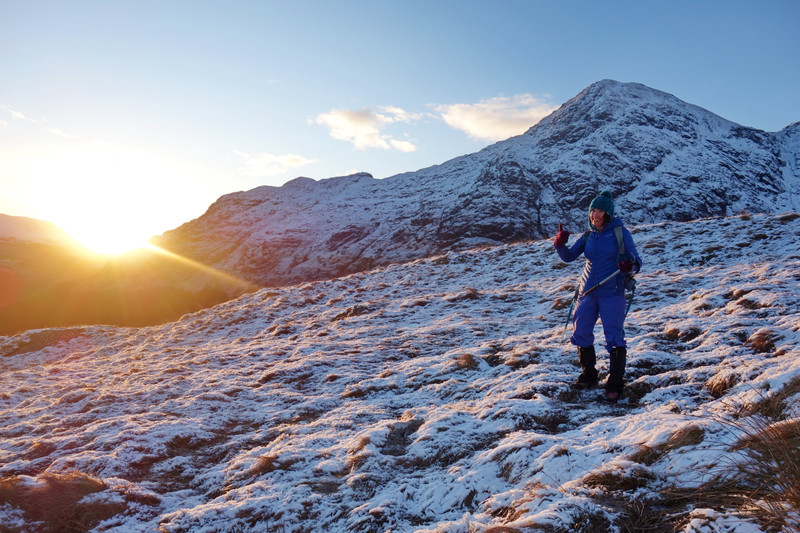 Looking back, Ben Lomond in view. 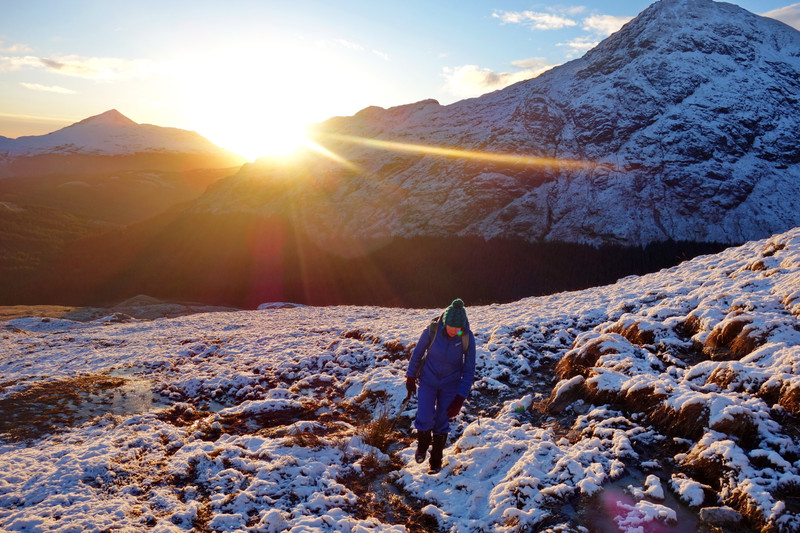 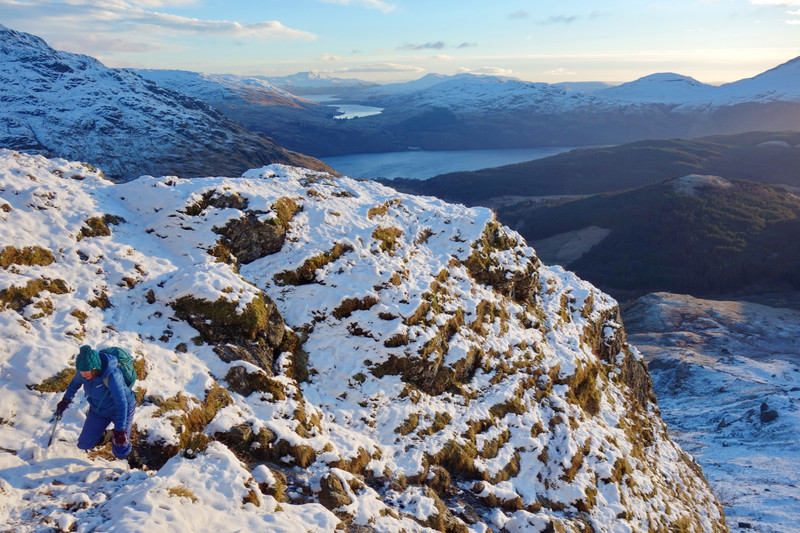 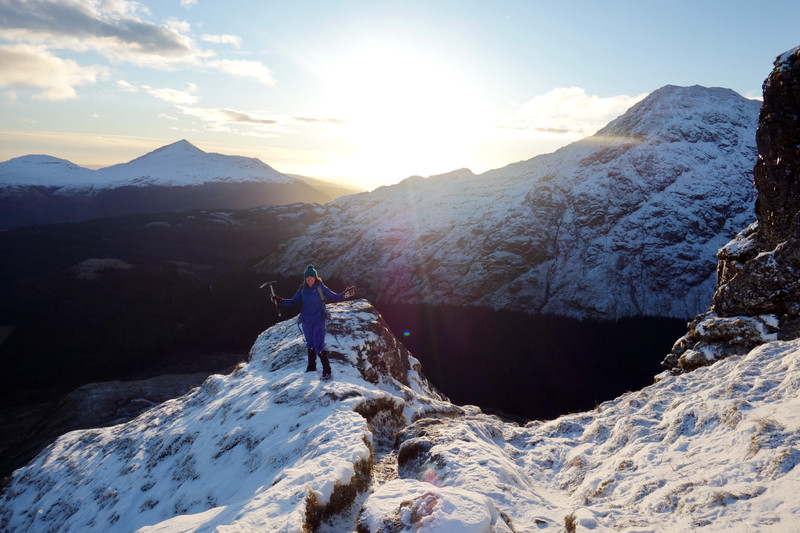 As we climbed higher the rocks became problematic due to ice, however we managed to find routes through them. We enjoyed some mild scrambling nearing the summit, and soon we stood on top 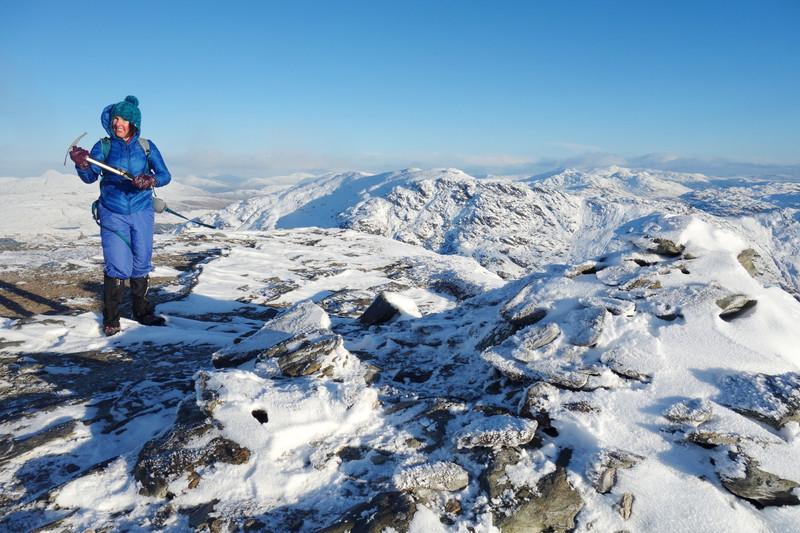 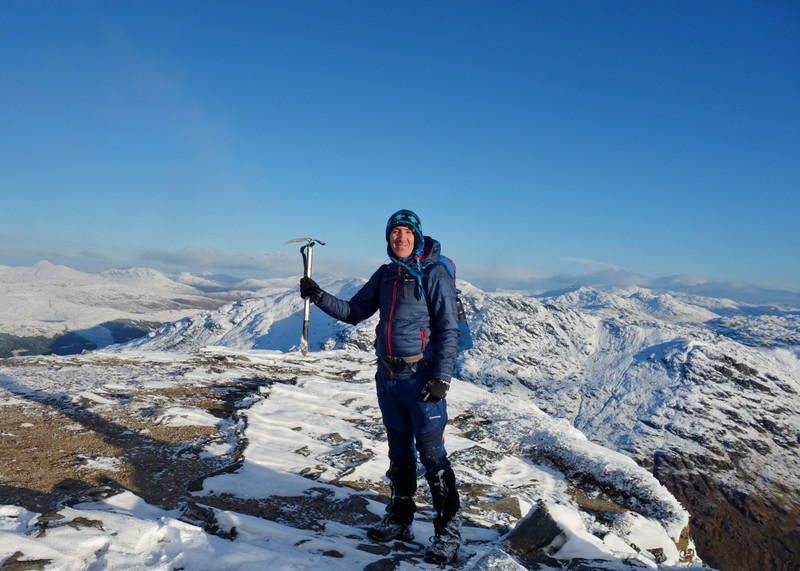 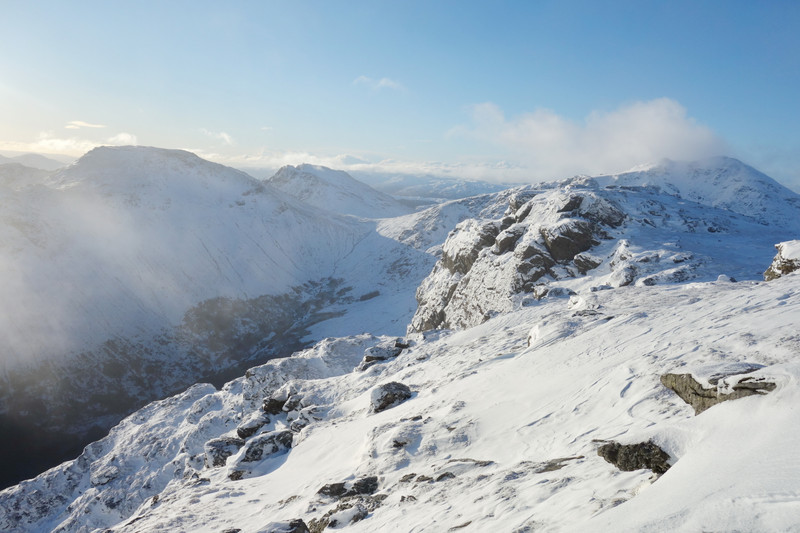 It was windy on top so we took shelter and some lunch, it was pretty cold.

On route back down we donned the crampons due to the ice. Not the most comfortable in the mixed terrain but at least we went through the process of putting them on.

It was an easy walk back to the car park, with a final look across Loch Lomond to Ben Lomond. 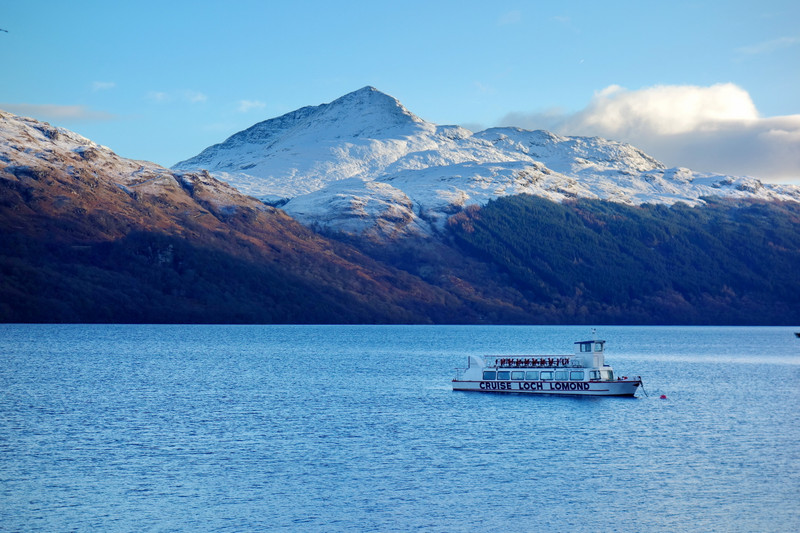 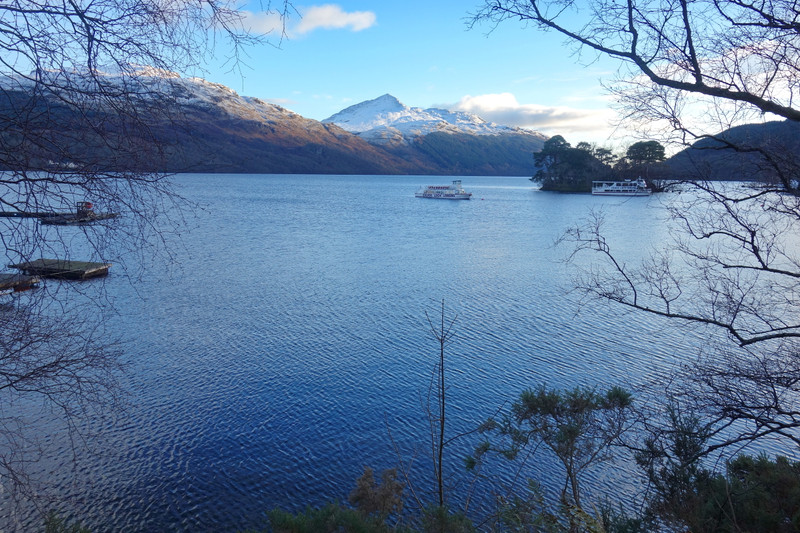 Nice winter walk this, improving as height is gained. Good for building confidence if "new to the game"

Nice trip and weather; Amazing how much its changed in one week - a significantly reduced snowpack.

I particularly like your ninth pic, the panoramic one. That's the sort of view to inspire a visit.