our_route.gpx Open full screen  NB: Walkhighlands is not responsible for the accuracy of gpx files in users posts
I had a chest infection this week and was going a bit stir crazy, short flat walks only. Lying in bed this morning I felt much better. I looked at the weather forecast on my tablet, cold but blue skies for most of the day, and made an instant decision, up, showered and at the ferry within an hour heading to Arran for another sub2000 on my list. Sub off Arran
After my normal ferry breakfast I went out on deck for a look around and I spotted this submarine on the horizon heading out to sea to wherever. Most of the population will never see one on open sea but I am lucky enough to probably see one at least once a year. Makes a change from porpoise spotting.
A short bus trip to Lamlash and I was ready for my walk to Tighvein, a sub2000/Marilyn, the highest point on the south of the island.
I got off the bus too early and had a walk of about a mile to the car park at Dyemill in Monamore glen, the official start. 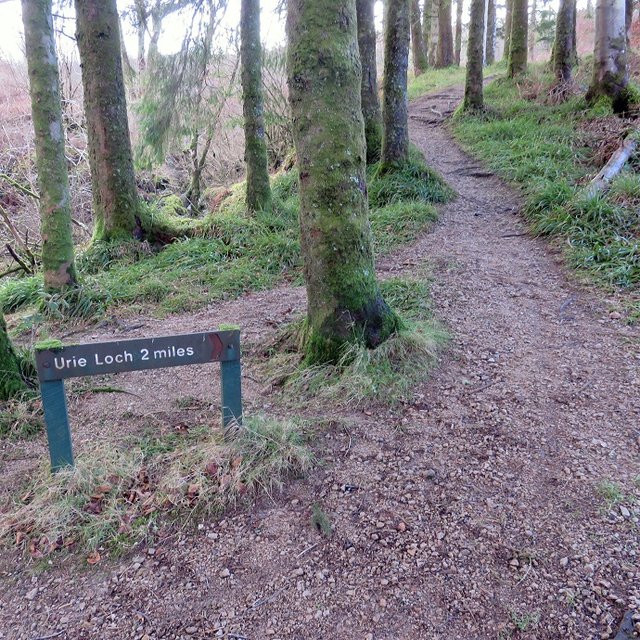 Why not Loch Urie?
A signpost directs you right across a bridge and a fairly straightforward track heads you climbing immediately. Not sure why the loch ahead is called Urie loch and not Loch Urie as we would normally say, probably a very good reason? Track getting wetter
Once I broke onto open land the track was ok but started to get boggy and it would get a lot worse. 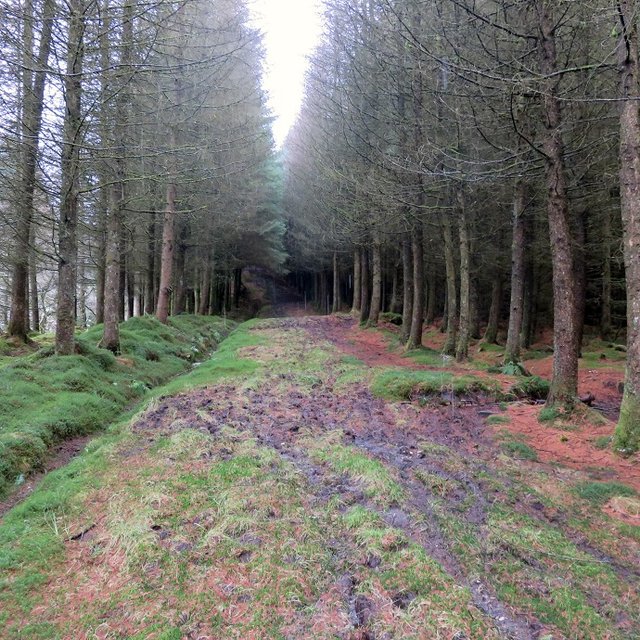 Track getting worse and worse to come
Soon it was back into a forest section for a mile or so trying to avoid the ankle deep gloop, not easy. Hail was penetrating the trees, so much for the blue skies.
As the trees thinned I was in the snowline quicker than I expected at just over 300 metres. Out in the open it was no longer hail but light snow. Now snow as well as bog
The track had disappeared under the new snow and for the next section I followed the tree line on my left as best I could. The Urie flanked me on my right, difficult to go wrong. However, there was much walking through knee deep heather and snow drifts. Nobody ahead and if anyone following they could walk in my tracks. My chest had not cleared as well as I thought, with my heart now pounding at this effort but I had come this far so do or die. 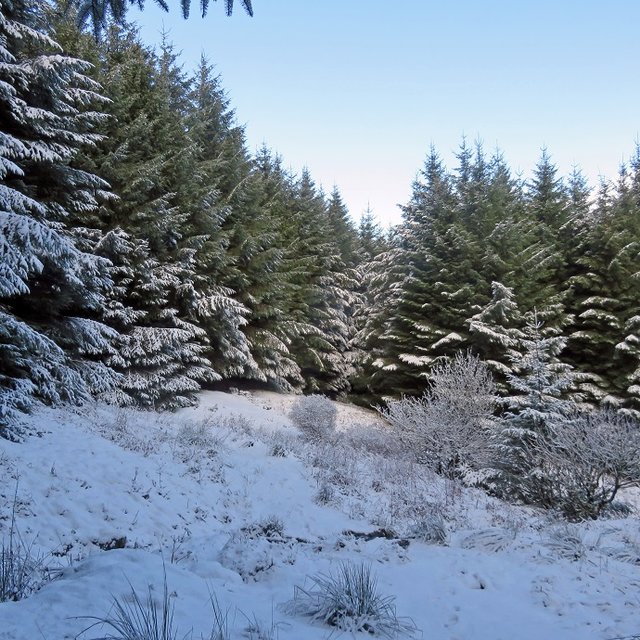 Track around here I think?
As it was last minute I had not set a GPS track but I could see from the device that the Urie loch was up and over the ridge to my right. At the end of the tree line I picked a route and waded through the drifts onto a small plateau where soon the loch came into view. There is the possibility I left the track earlier as some reports mention marker posts, none of which I have seen. I expected the loch to be fully iced but no so, just the fringes. Urie loch looking south trig just up hill on right
Across the far side of the loch (west) the trig was in clear sight, according to GPS it was circa 800 metres away. You have done all the hard work getting to the loch and although it was a bit of an effort through the drifts there was only another 30 metres of ascent.
You can go from this point round the back of the loch or as other reports have headed down the near side as per the picture and heading up the short hop west from there. I suppose it depends or which end of the loch you arrive at when you crest the hill. I will come back in the summer and see where the trail comes out. 2 hours from my start to the top so a short walk. 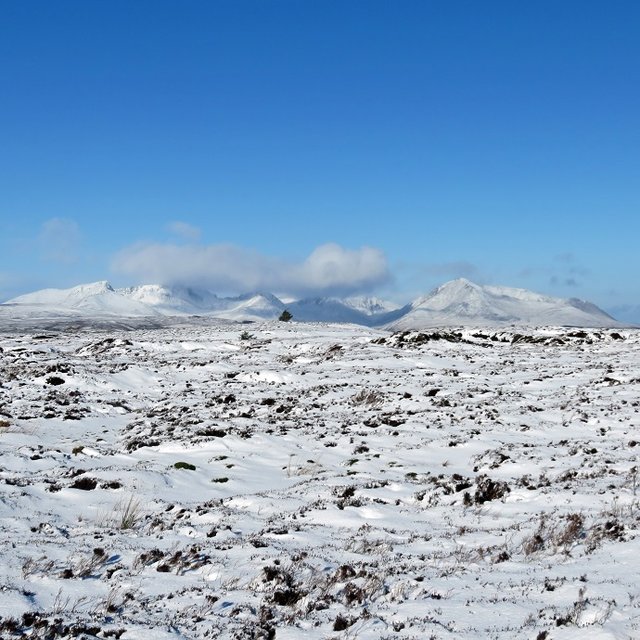 Looking north to the 'big' hills Arran Alps
A superb view looking north the perspective looked like it was a flat moorland hike towards Arran’s big northern hills, an illusion of course but a great view nonetheless.
Thankfully the forecast was now accurate with clear blue skies. Clouds were building to the west so no view over there but far reaching in all other directions. It looked like home in Ayrshire was being battered by the weather. Mrs said there had been a very heavy hailstorm. Holy Isle (Mullach Mor) without snow
Some reports have described various routes back, most seemingly not enjoyable, deforestation was in progress today so I just headed back the way I came taking in the superb views on the descent. I was surprised that Mullach Mor was snow free, a good reminder of my visit. a couple of years ago
All in all, despite the heaving chest, really glad I made the effort, some wonderful views on a rarely climbed hill.