Who can resist a perfect weather forecast in February, one cropped up midweek which isn't a problem for us oldies, so I contacted George to see if he could be tempted outside again. We last met up on Sunday and aborted our attempt on Beinn Achaladair in deep snow and clag very close to the summit.
After our last trip south I suggested to George that we leave my house at 10.30 and in theory we should miss the traffic and George was happy with that.
I thought that I had loaded both routes onto my phone only to find I hadn't, they were still on my laptop and have now been deleted. More of that later.
The first hill on the radar was Deuchar Law and with the help of the map we knew roughly where we were going as we passed the start point last week. The plan was to adopt the direct route and looking at the map the most direct route was from the east. There is a nice layby opposite Glenlude Farm which could at a push take 3 cars but we had it to ourselves so that was a bonus. 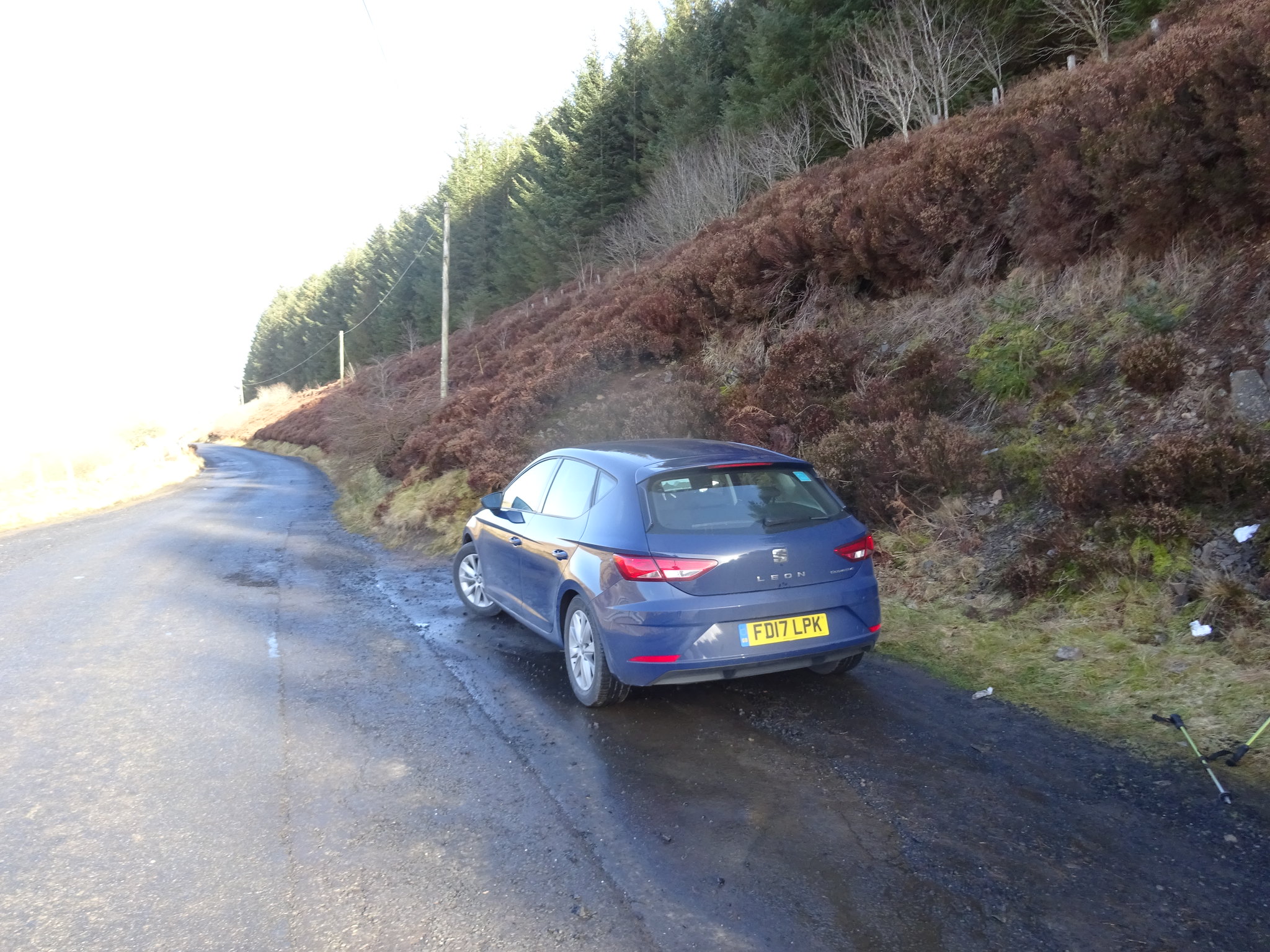 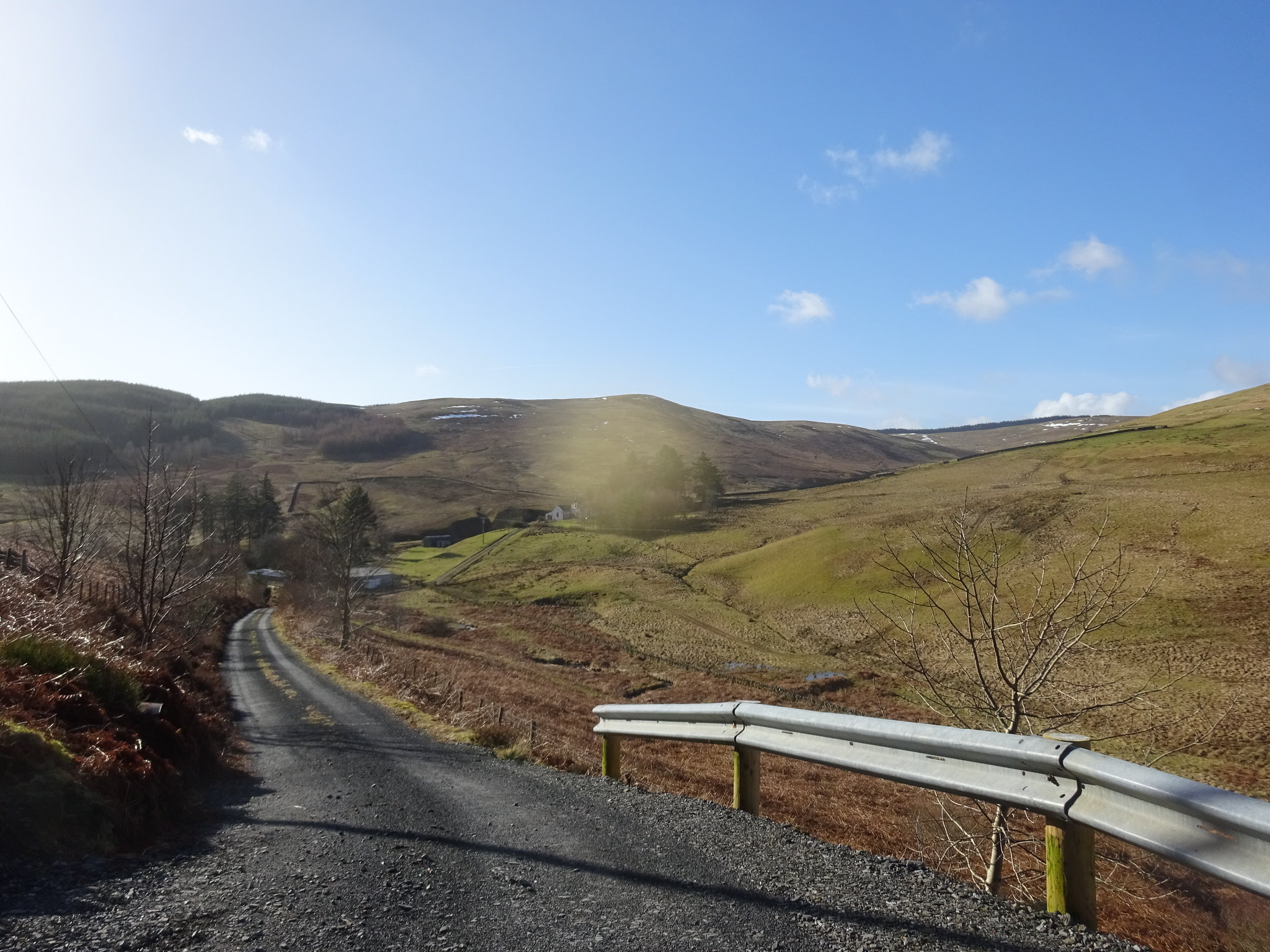 Bit of descending to start off

From the road you can't see Deuchar so our plan was to head for the summit of the lump that was in the way and then assess the situation. 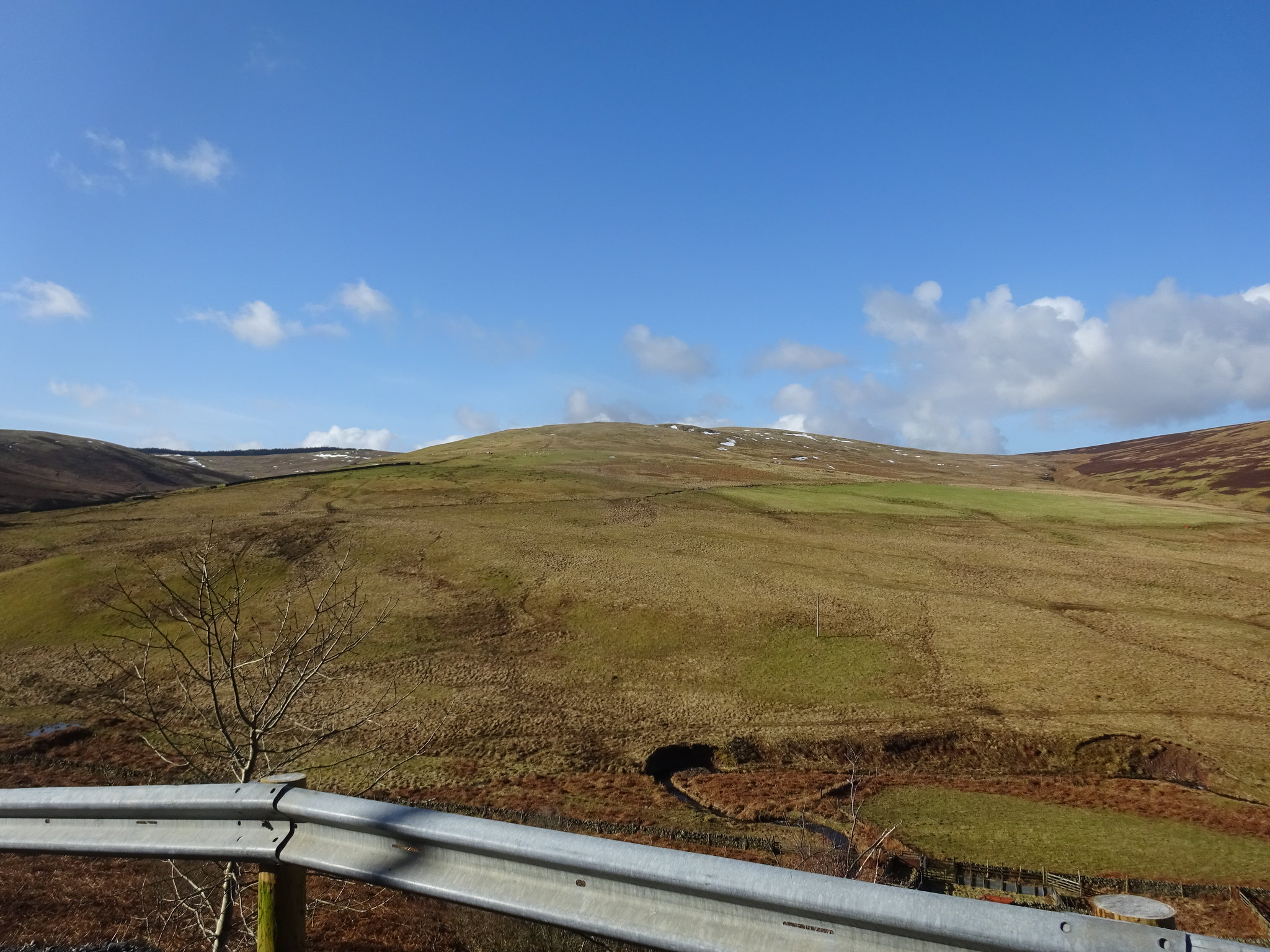 The lump that is in the way 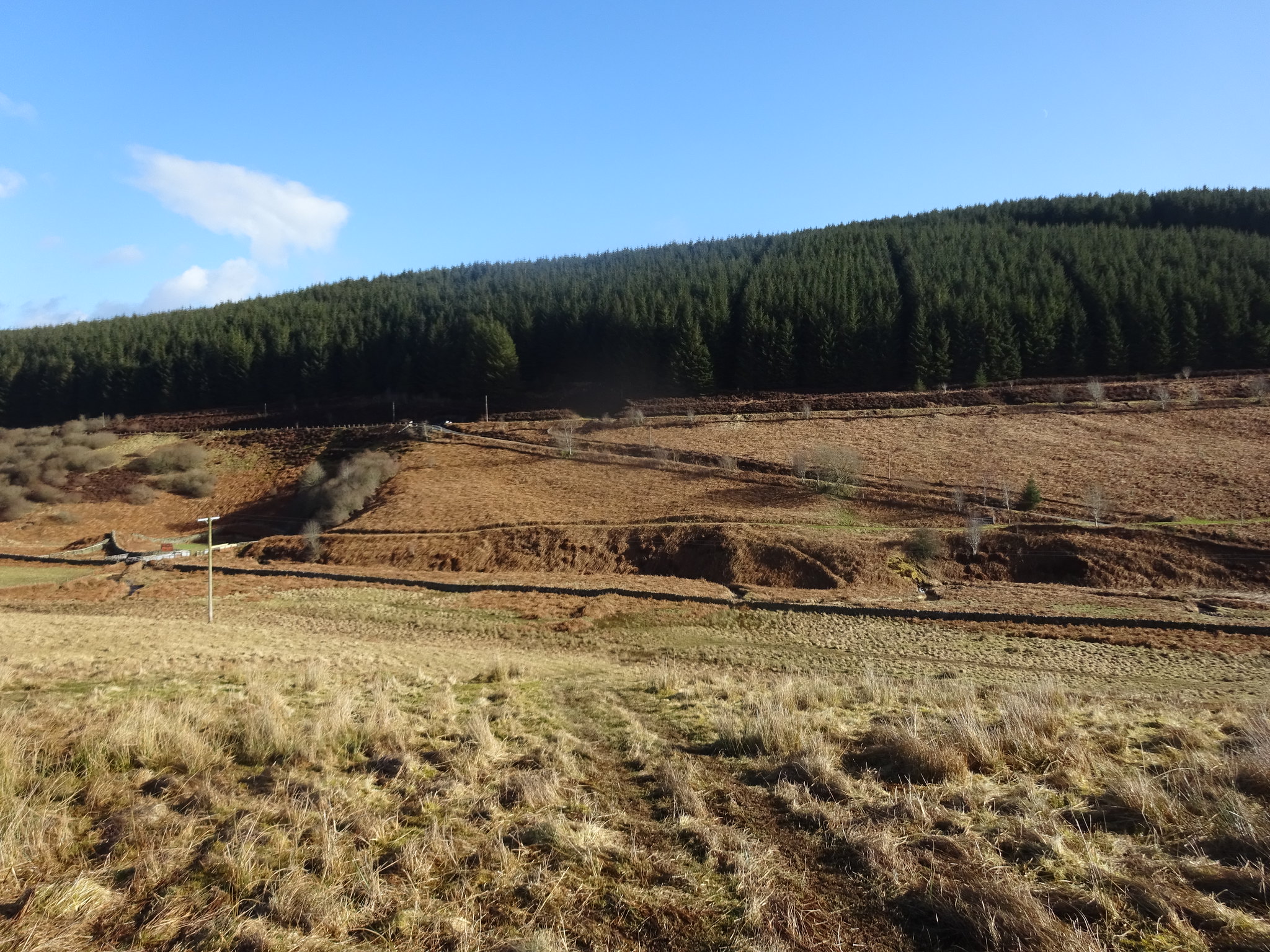 Looking back towards the car 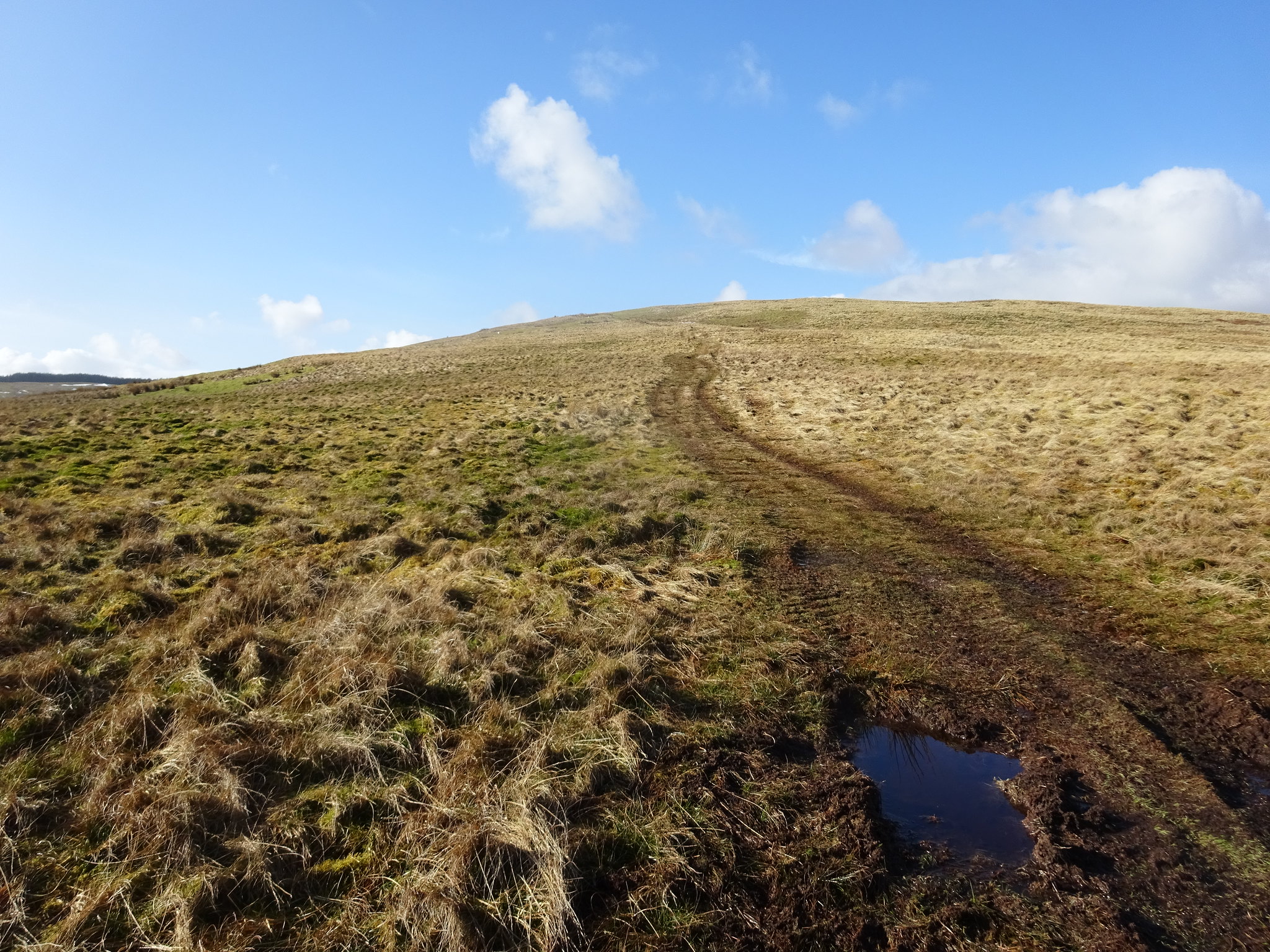 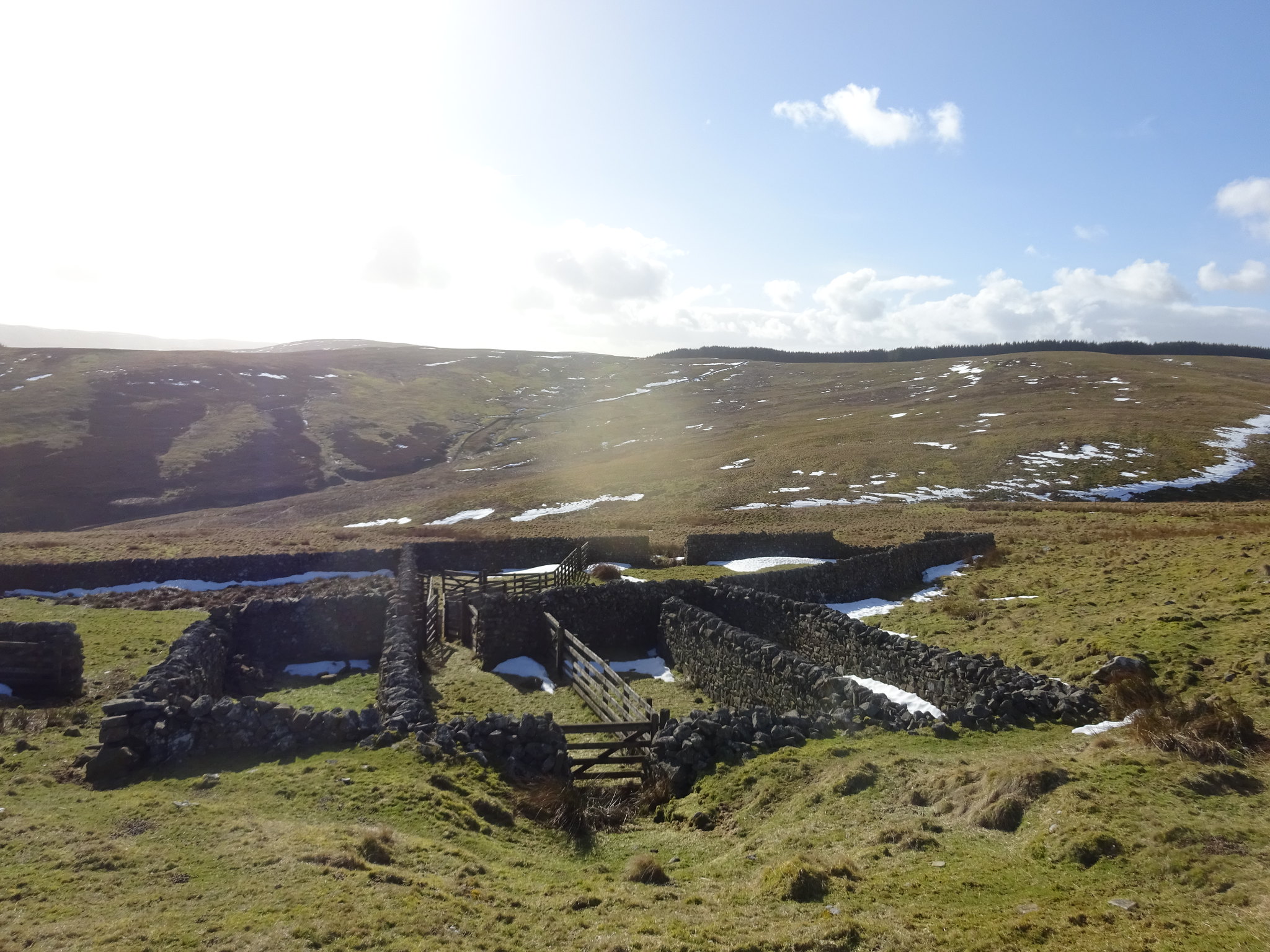 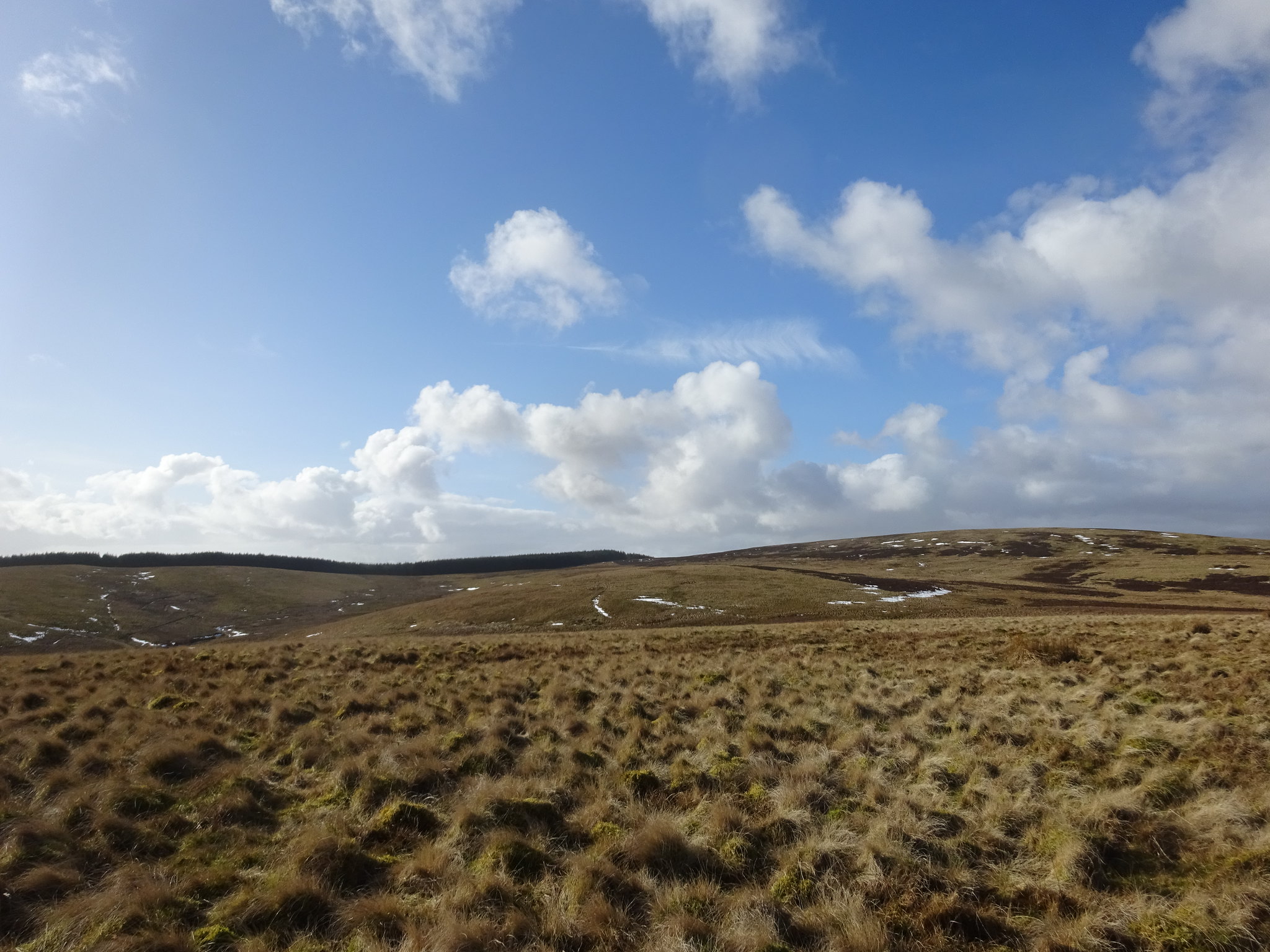 Bit of a dip, then a trudge uphill to the summit 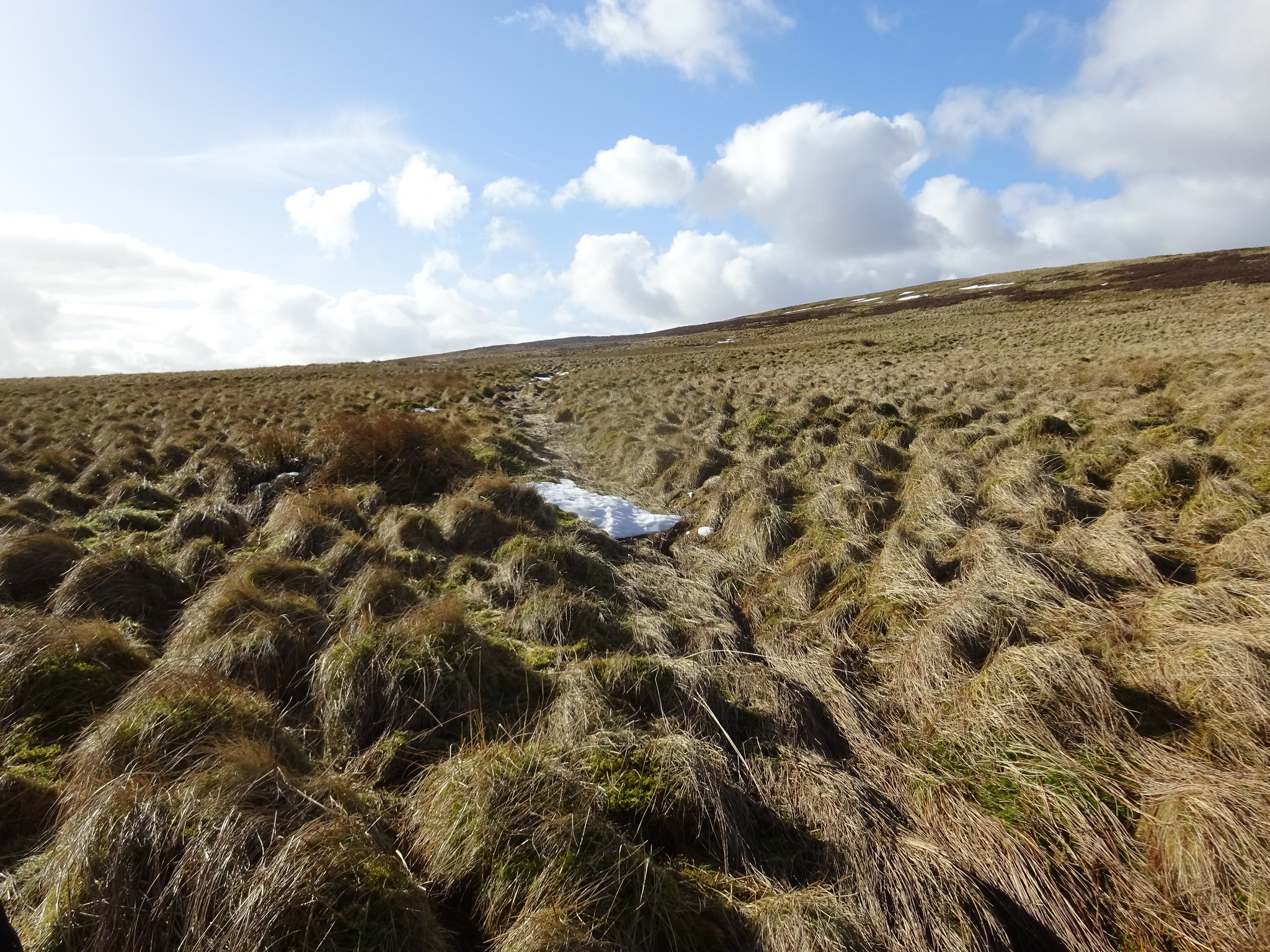 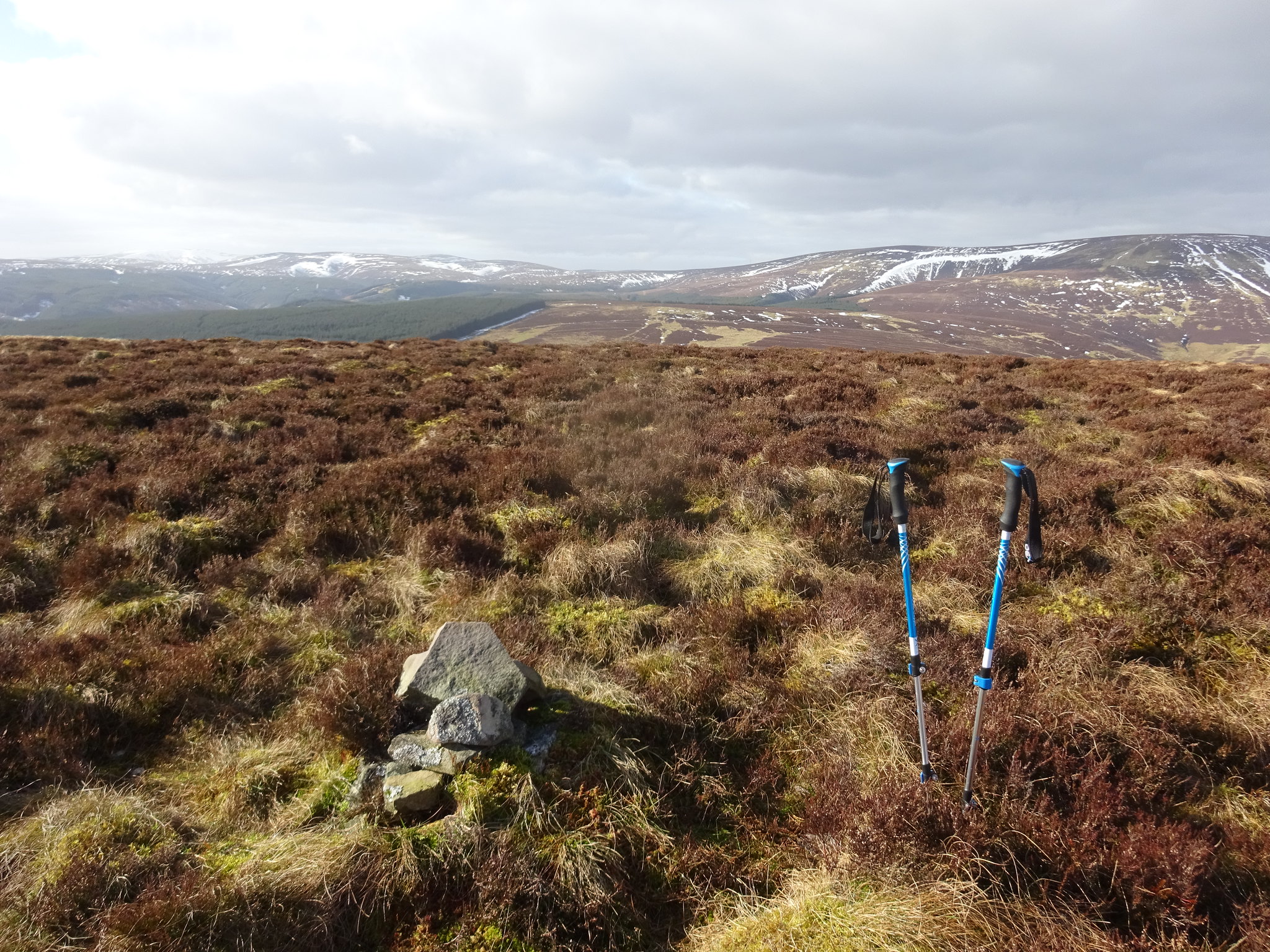 Here it is, the monster cairn on the summit of Deuchar Law

George did rearrange the cairn and it is now 3" higher, couldn't make it any higher as stones are in short supply. Whoever contributed to the cairn must have brought stones with them 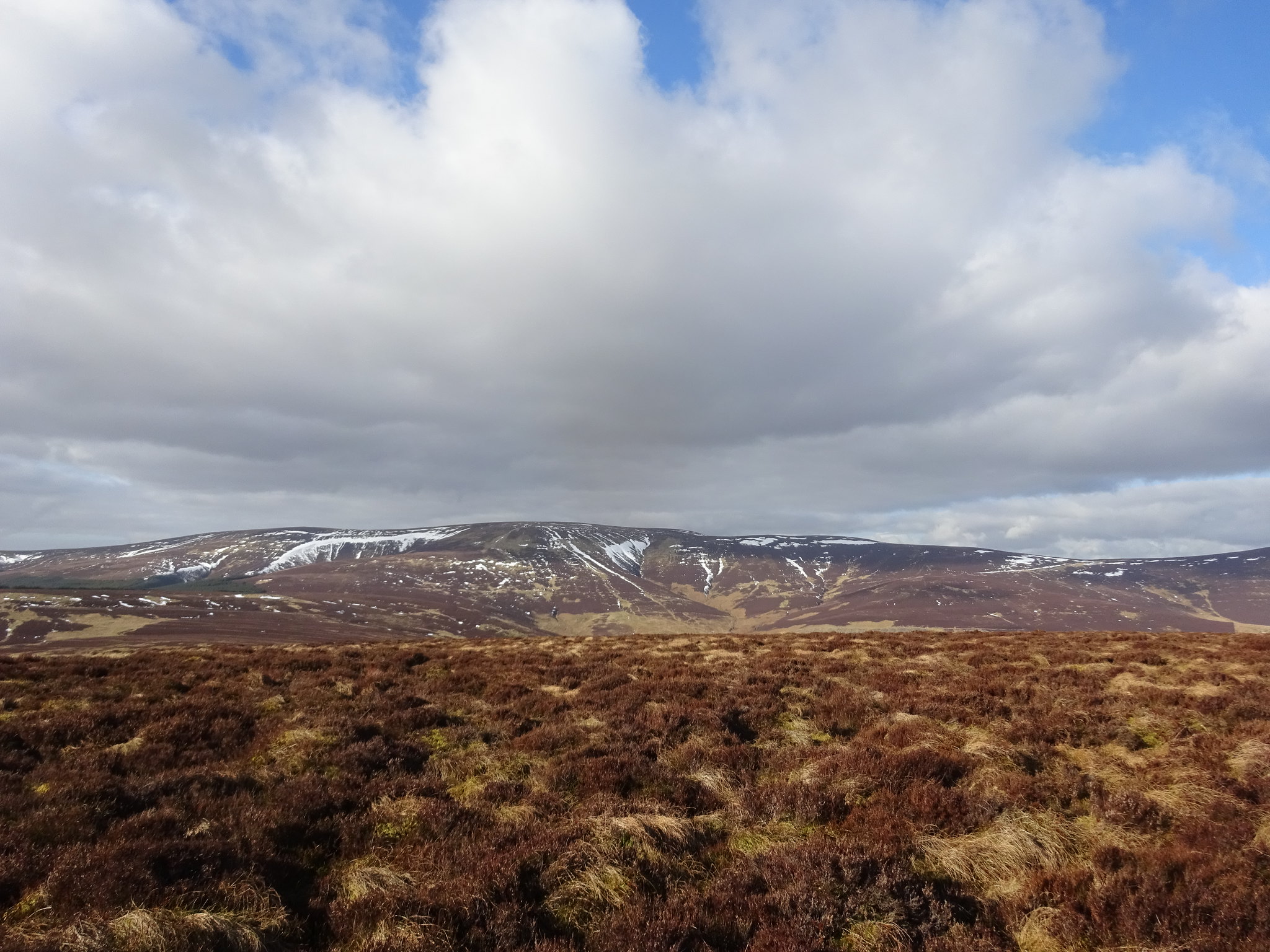 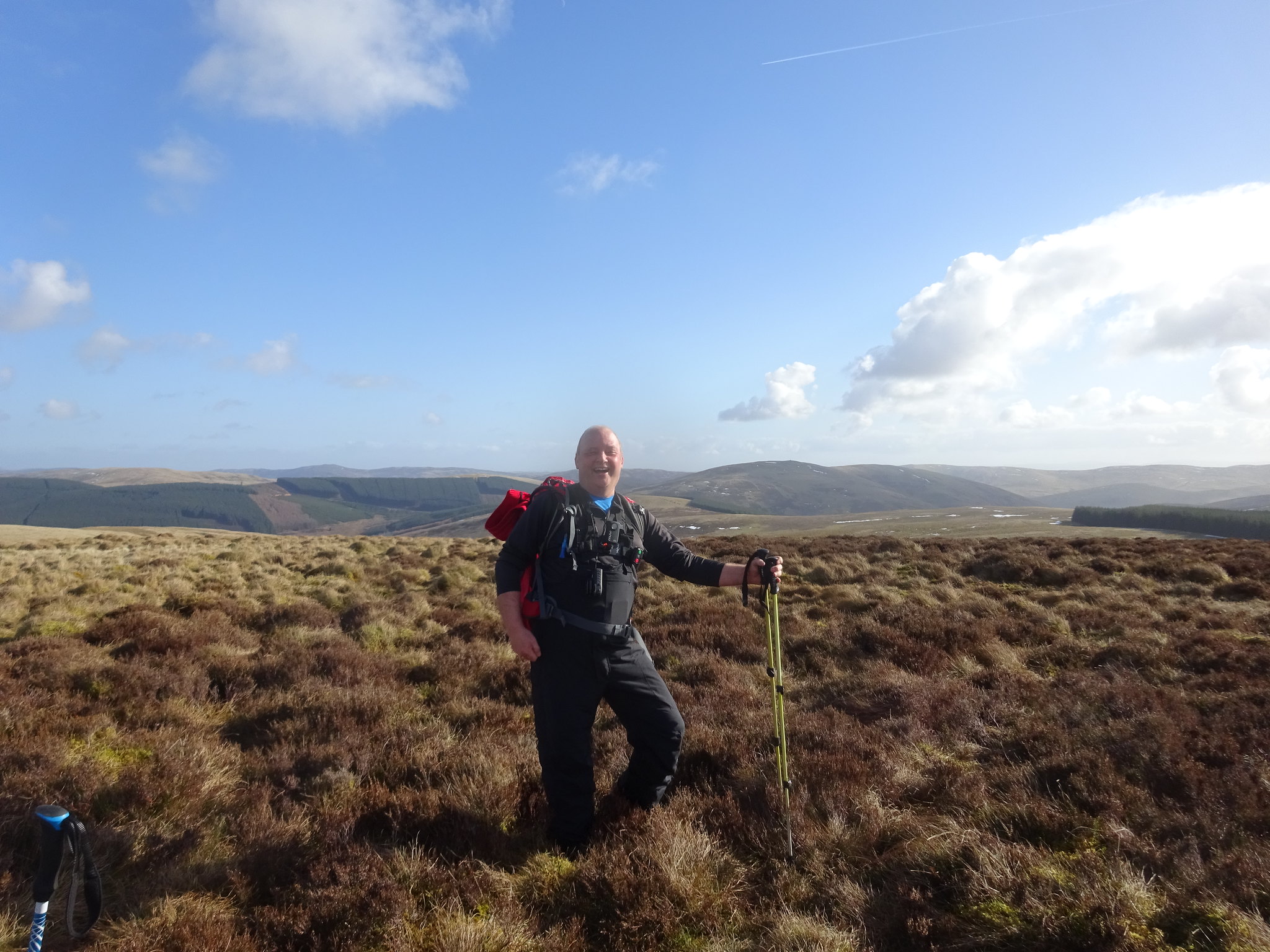 George obscuring the view to the south 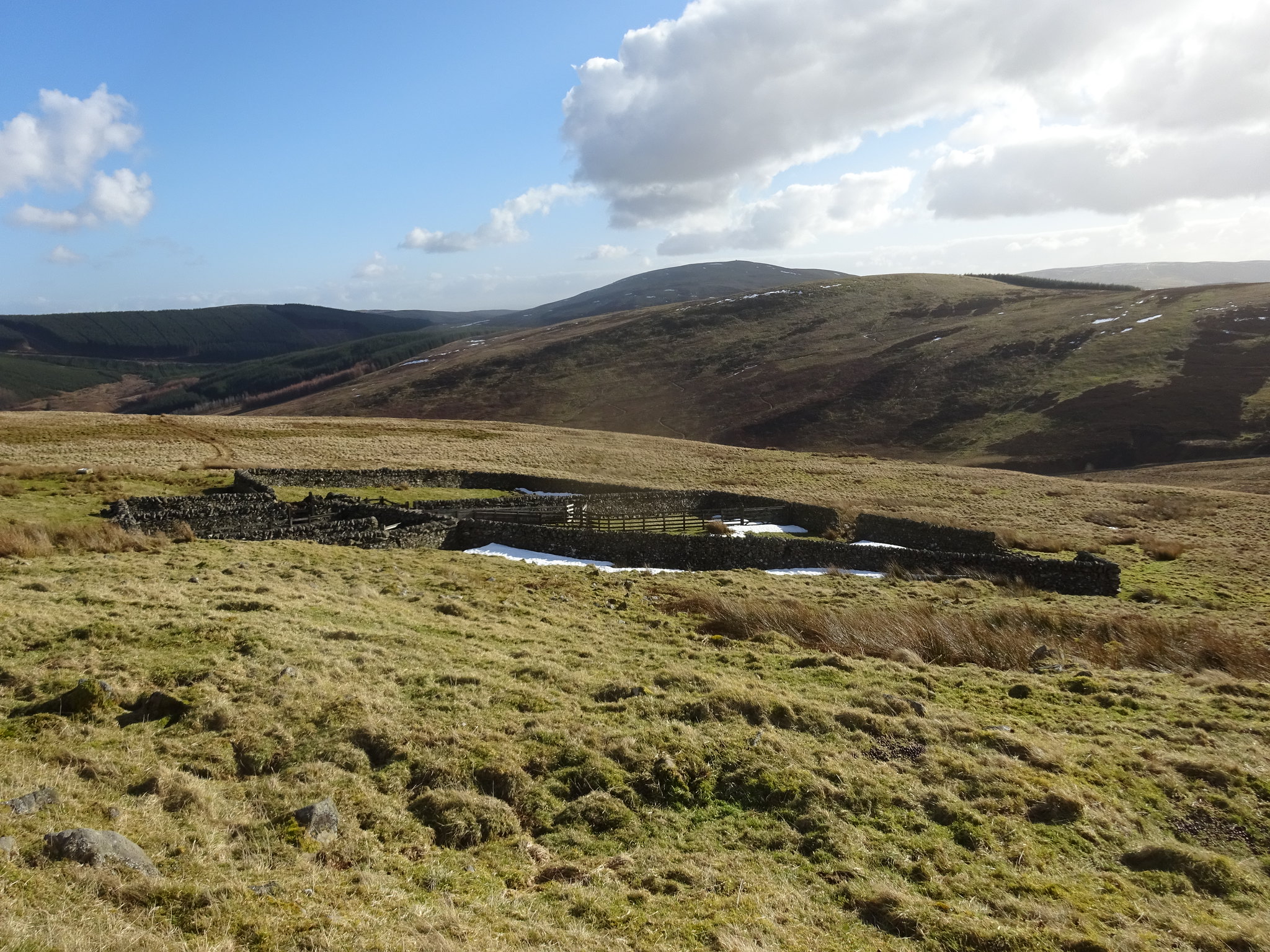 Animal enclosure taken on the way back to the car

We were back at the car in just over an hour and a half, according to George's GPS, very easy hill.

Next on the agenda is Cademuir Hill, I knew there is a car park to the north of the hill. As we approached Peebles we could see Cademuir, the problem we were going to have is trying to find the car park. We discovered that the south side of Peebles has some rather large properties, but that didn't help us find the car park. After a few stops to faff around with the satnav, check the map somehow we managed to find the road south out of Peebles which would lead us to the car park. 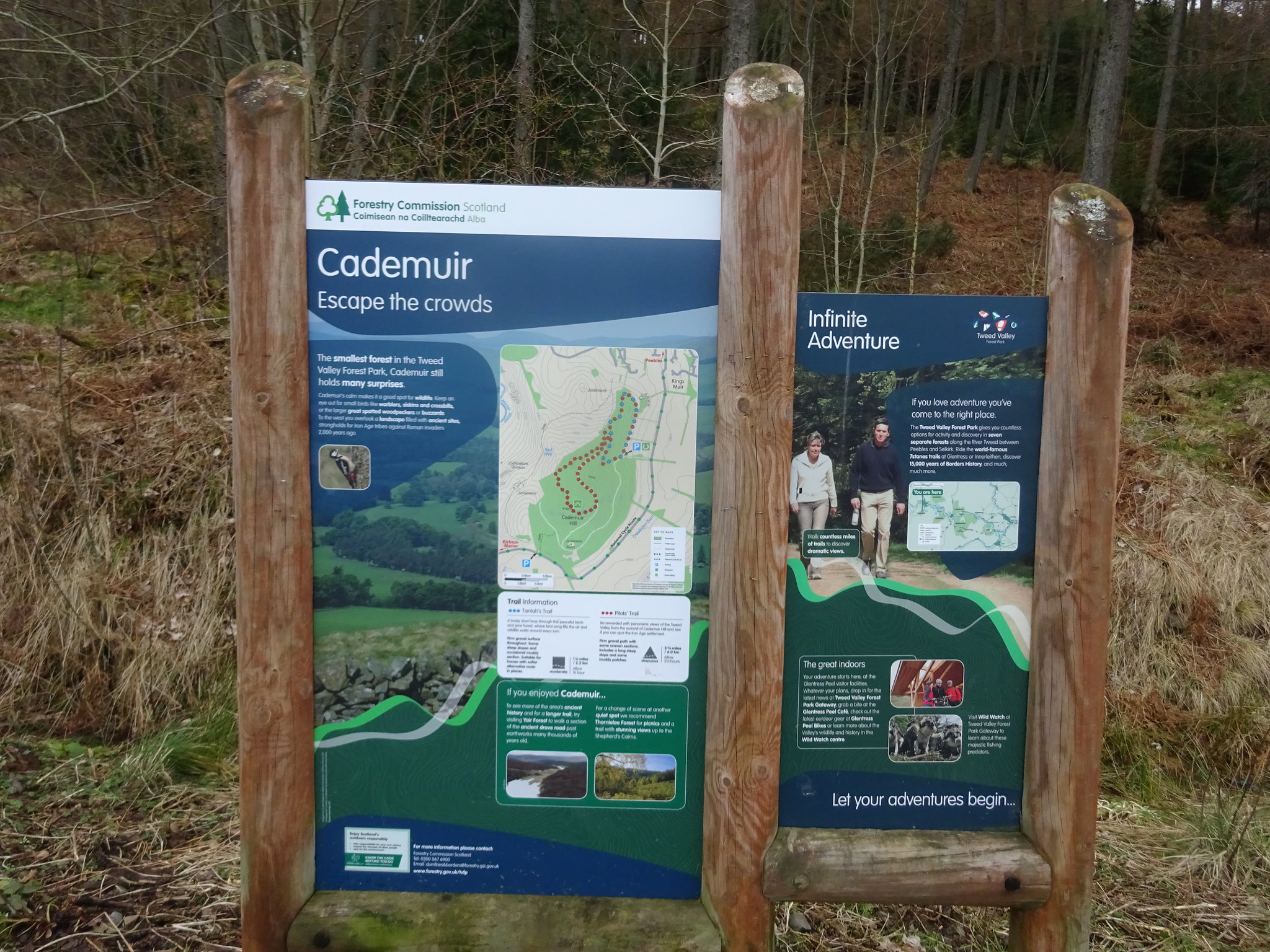 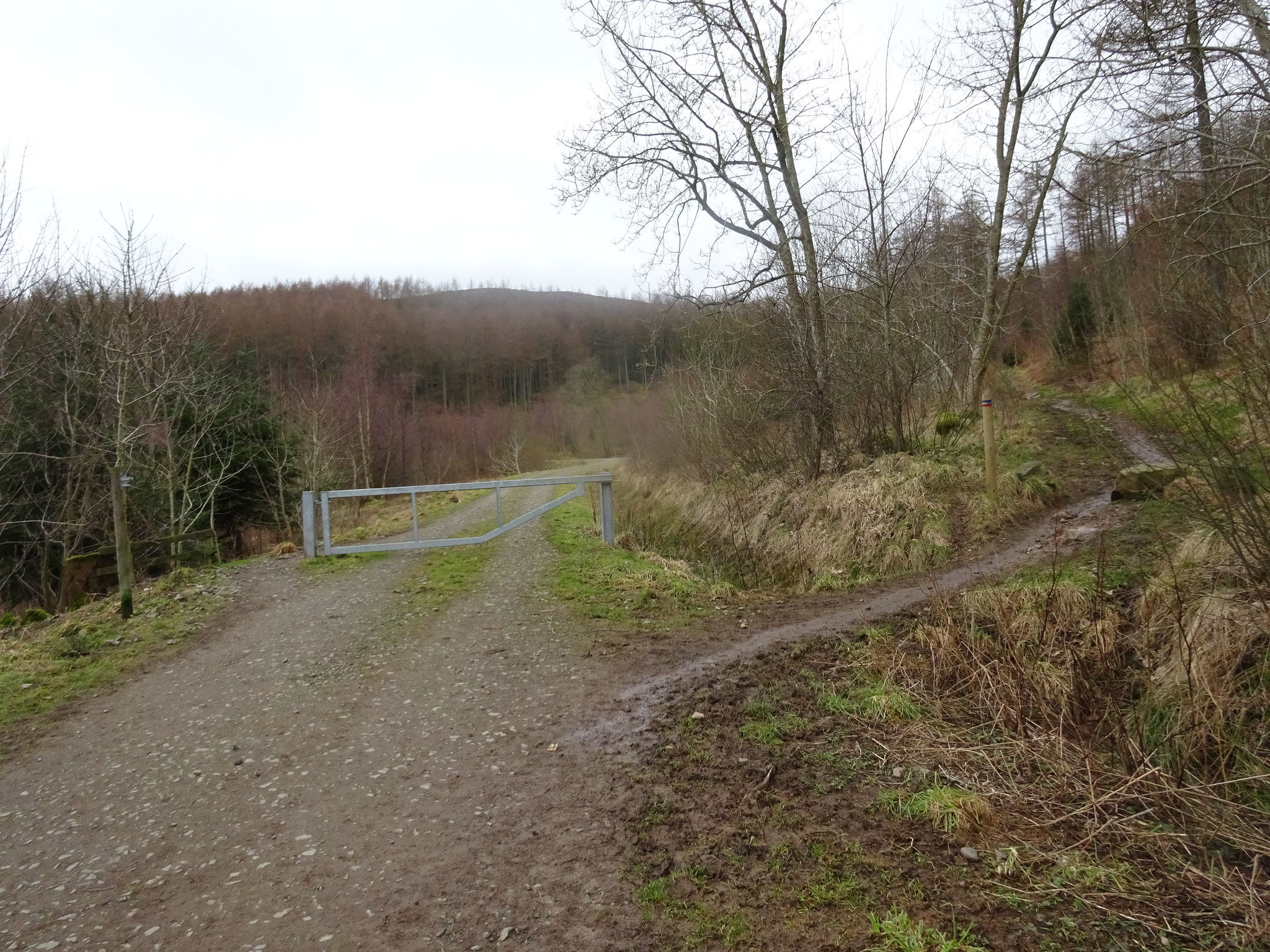 The way ahead, we took the right fork uphill 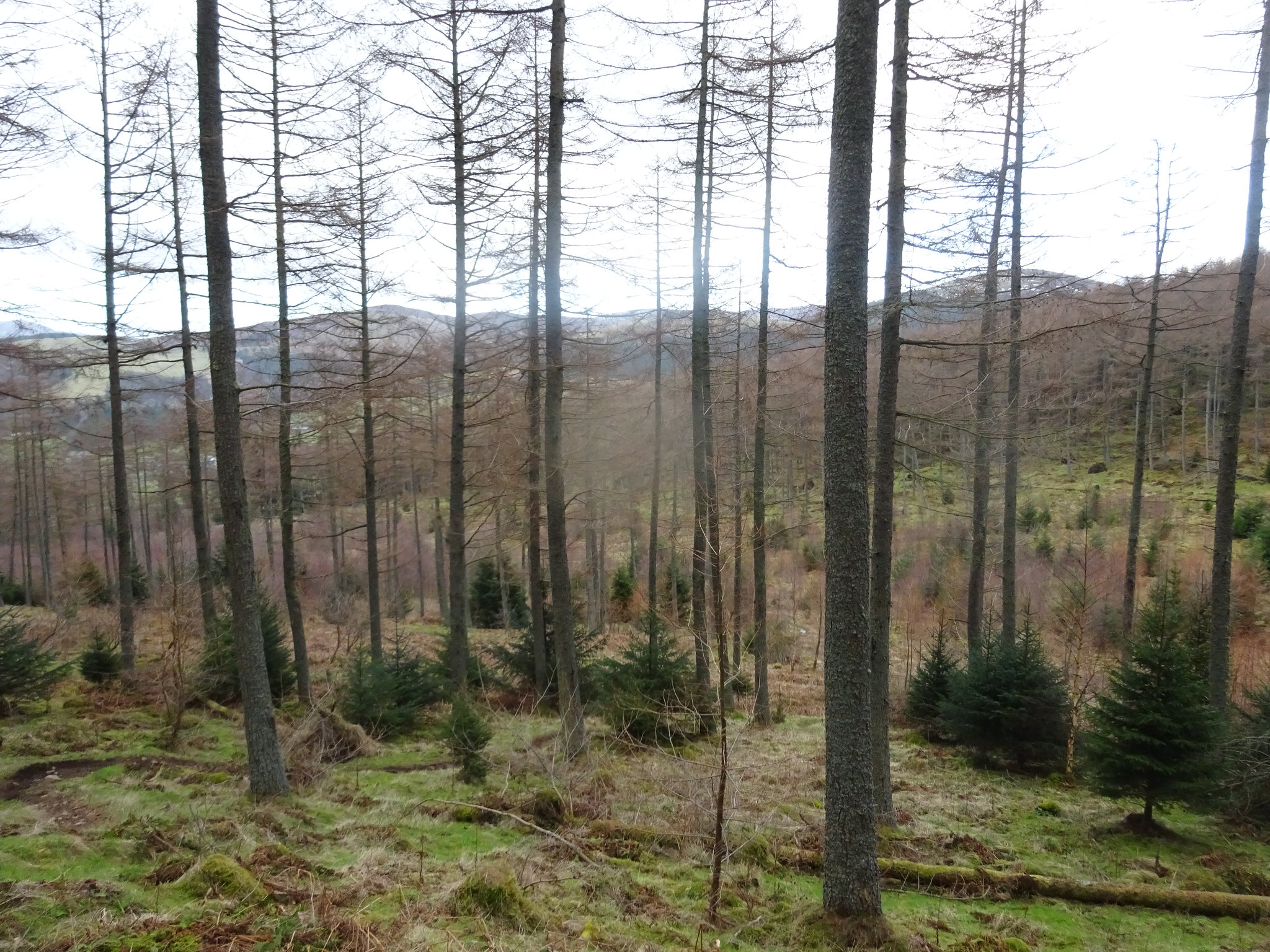 Familiar territory for the intrepid adventurers 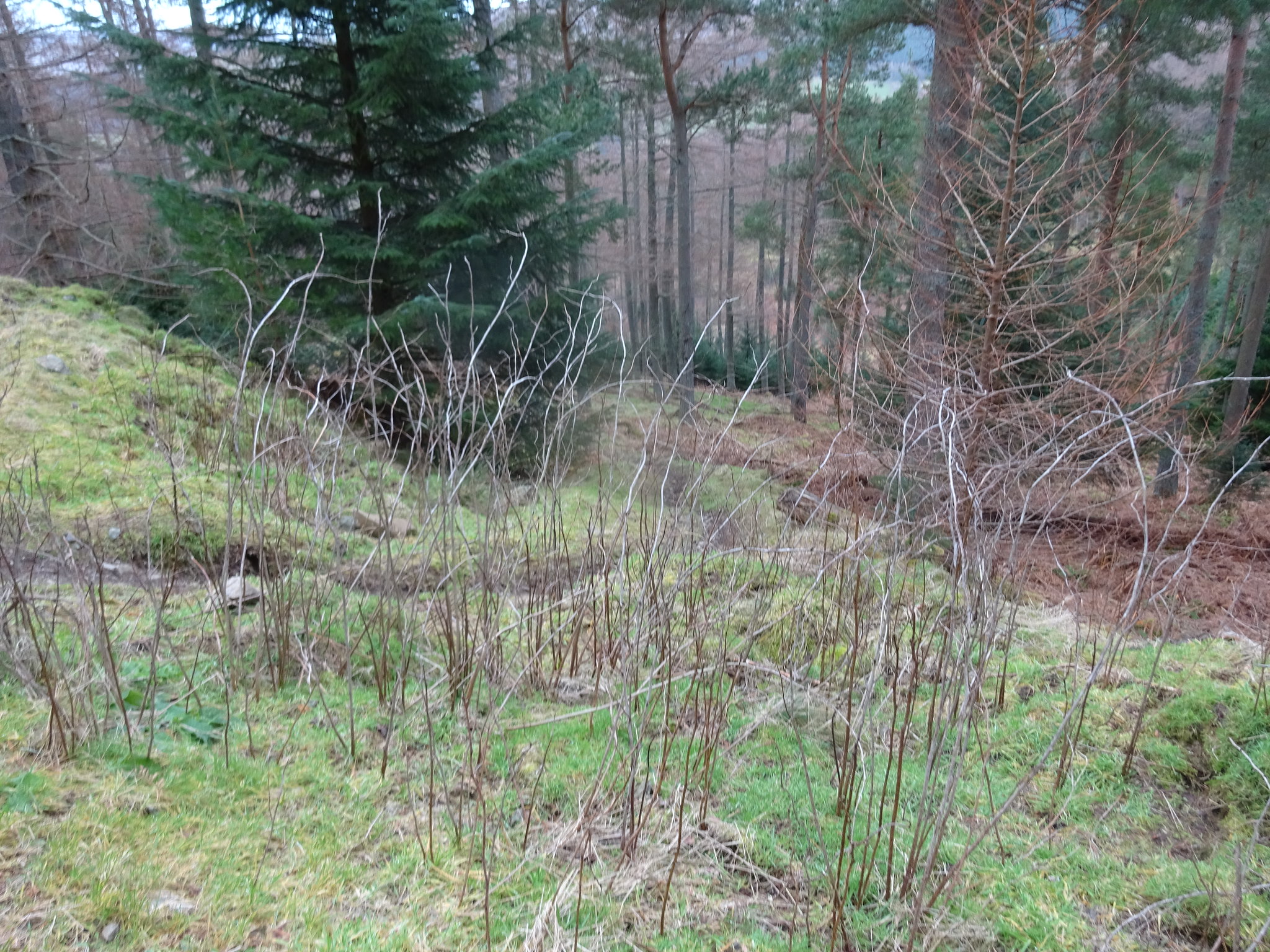 We headed up through the forest on a mountain bike track 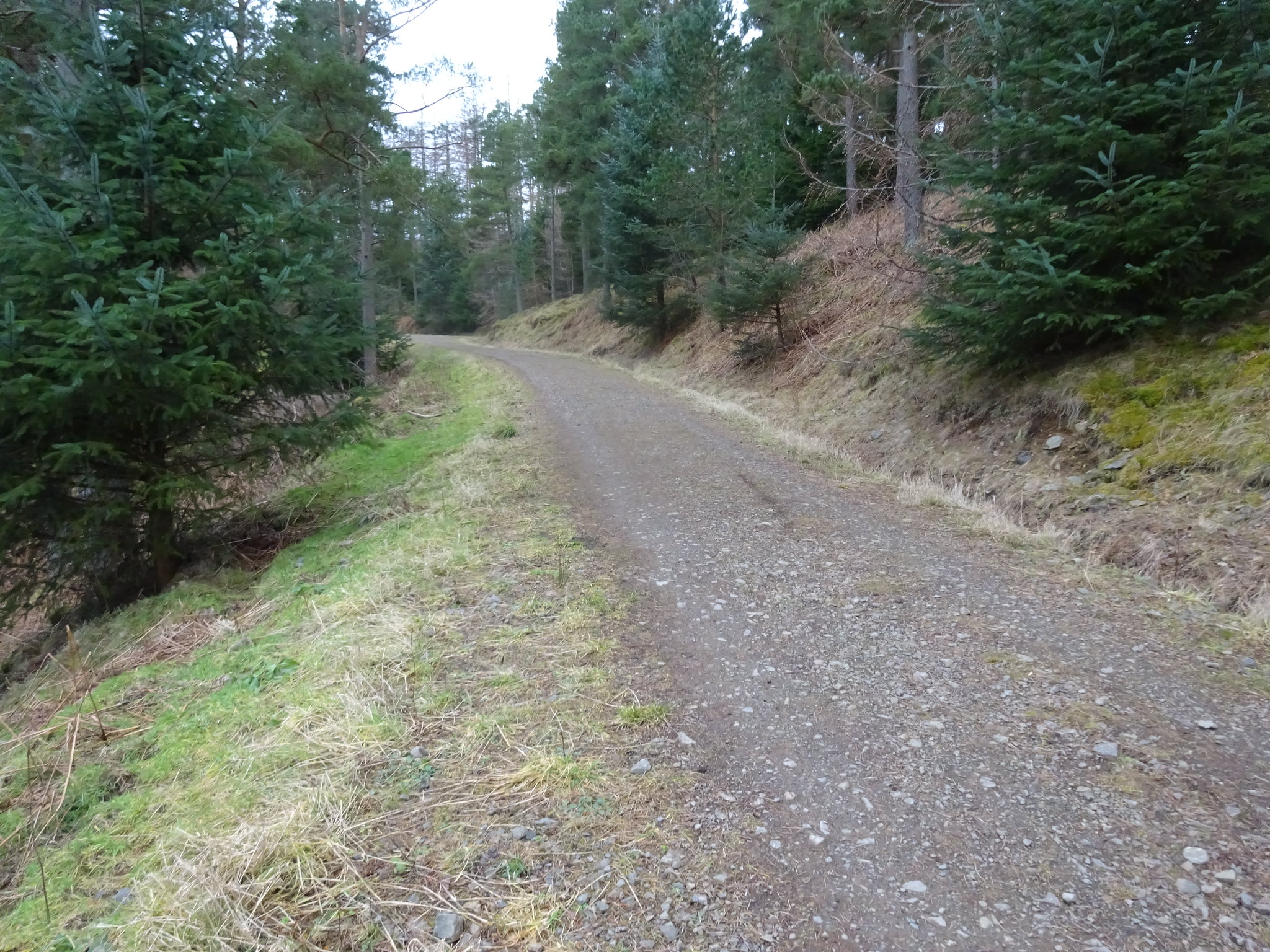 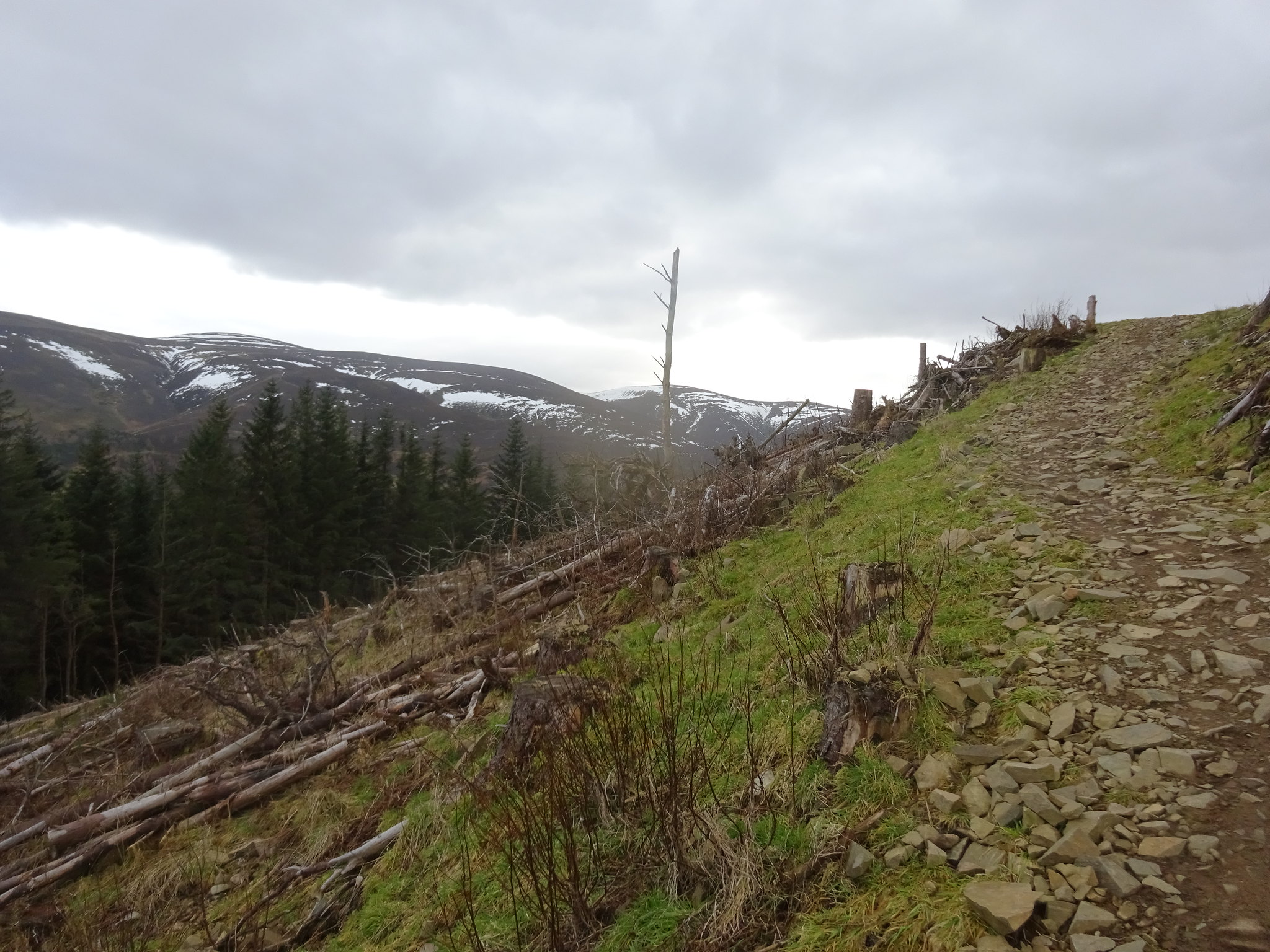 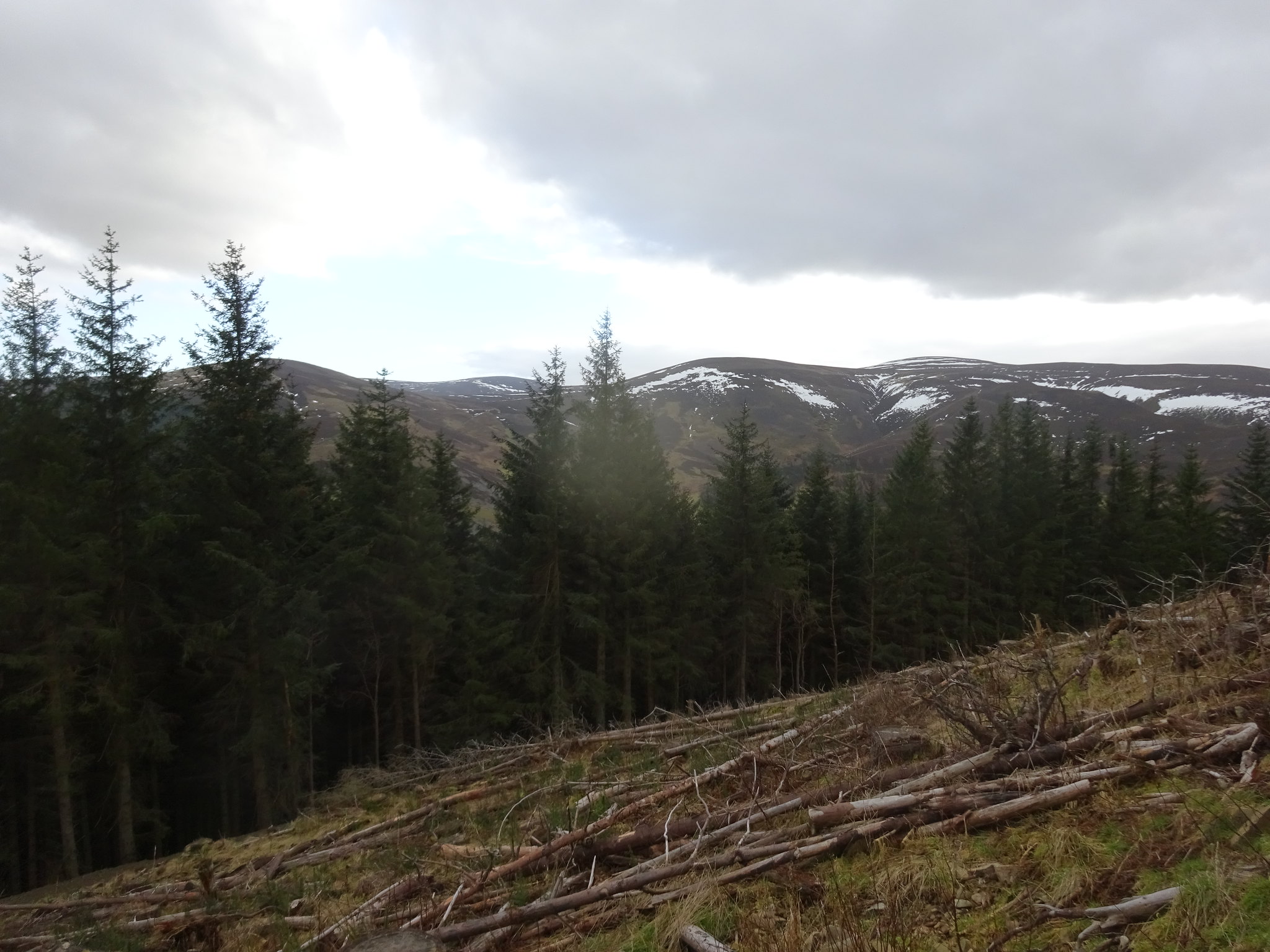 The view south from the track 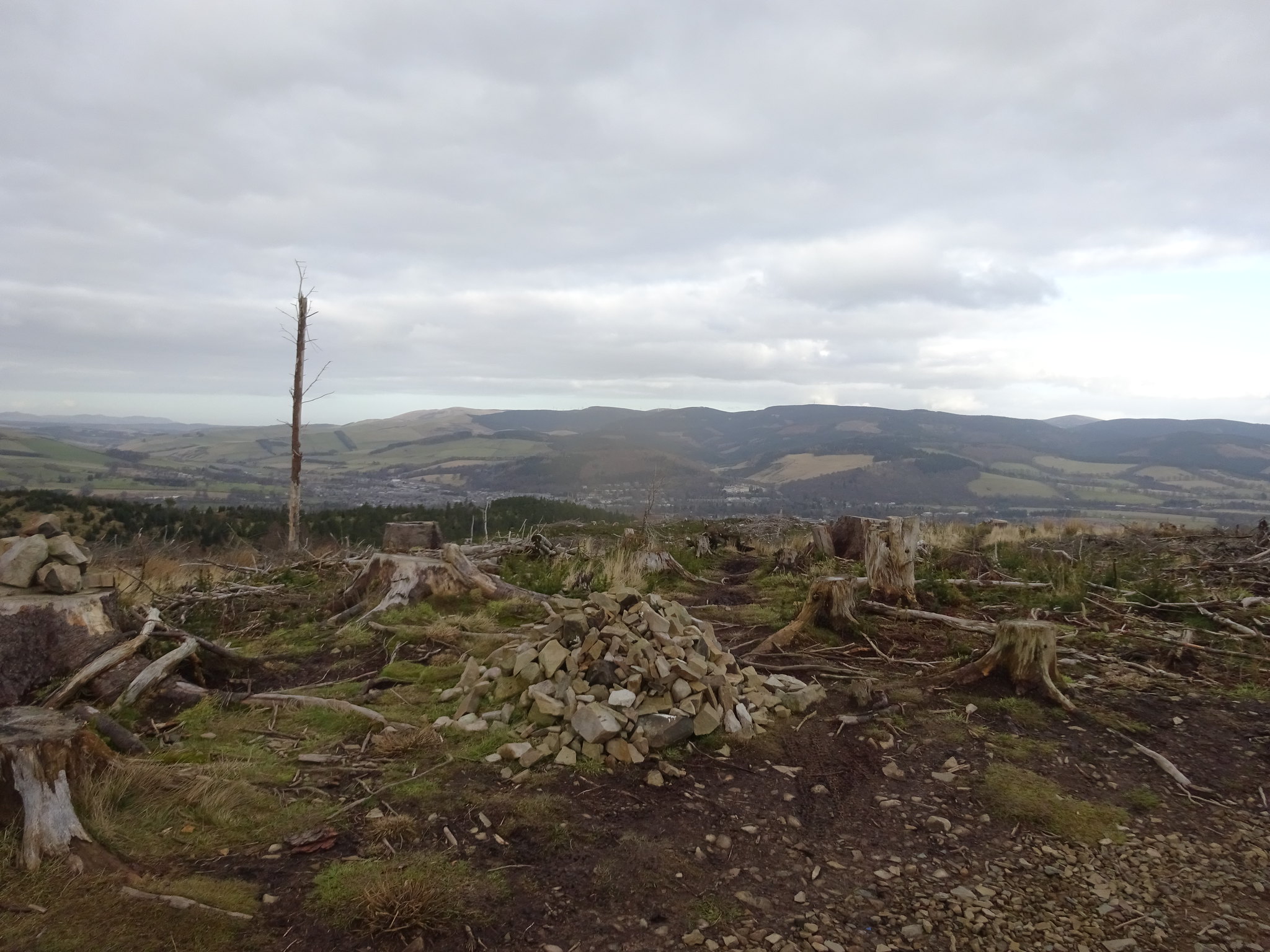 Pile of stones on the summit, Peebles in the background 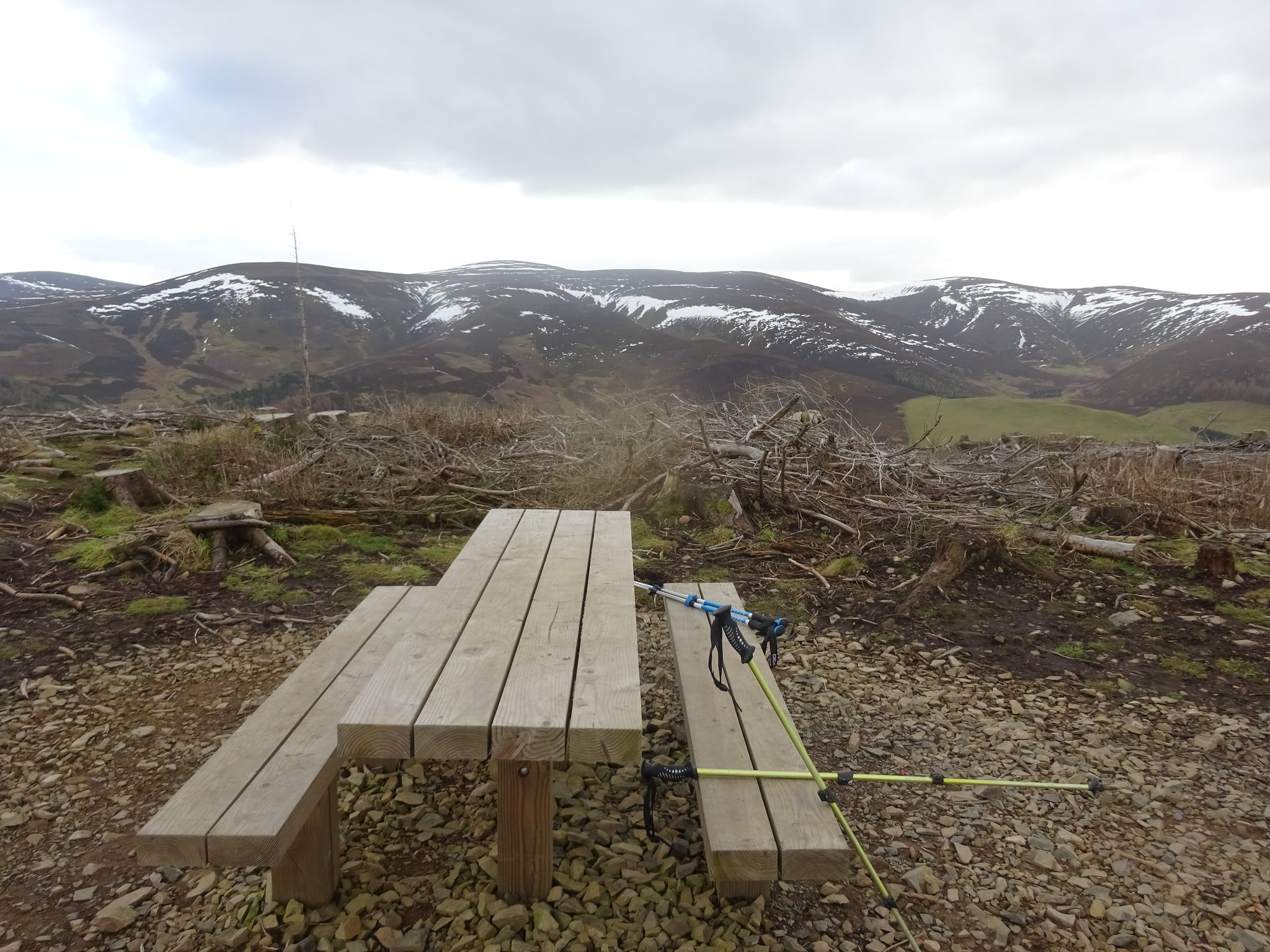 Not many summits have a picnic table, wasn't any good to us as we didn't bring our rucksacks with us 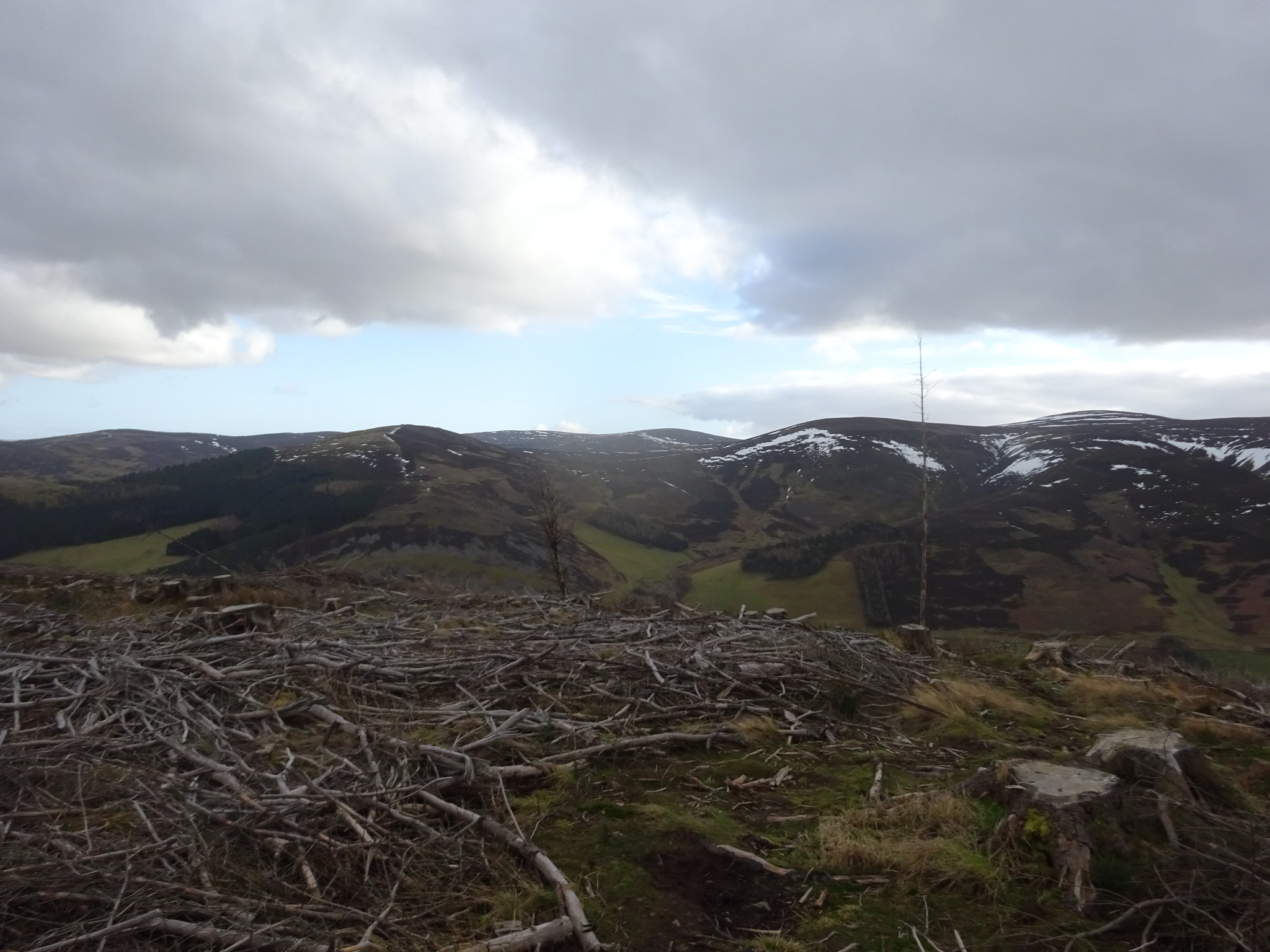 South from the summit, word of warning the summit area is a mess 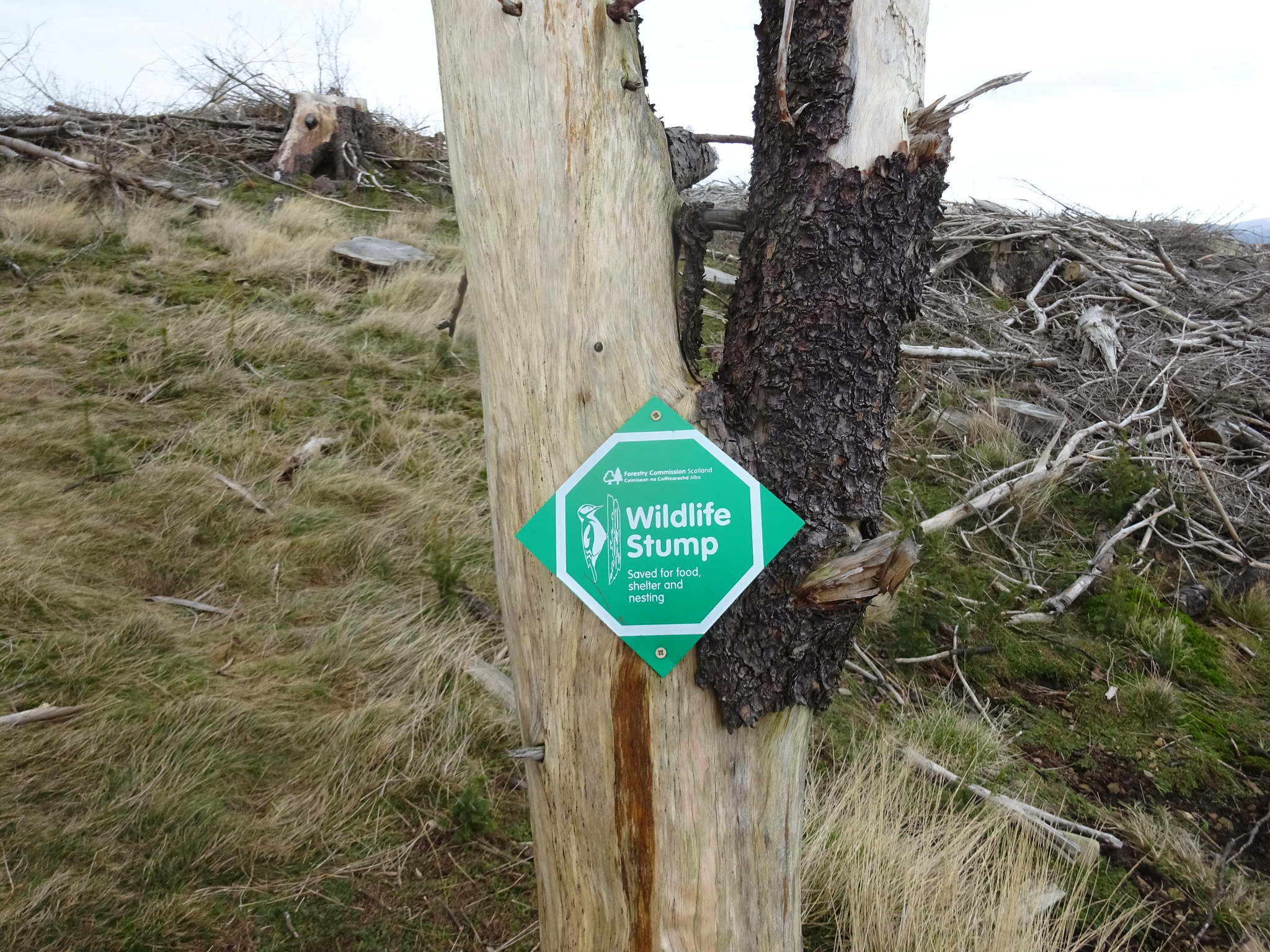 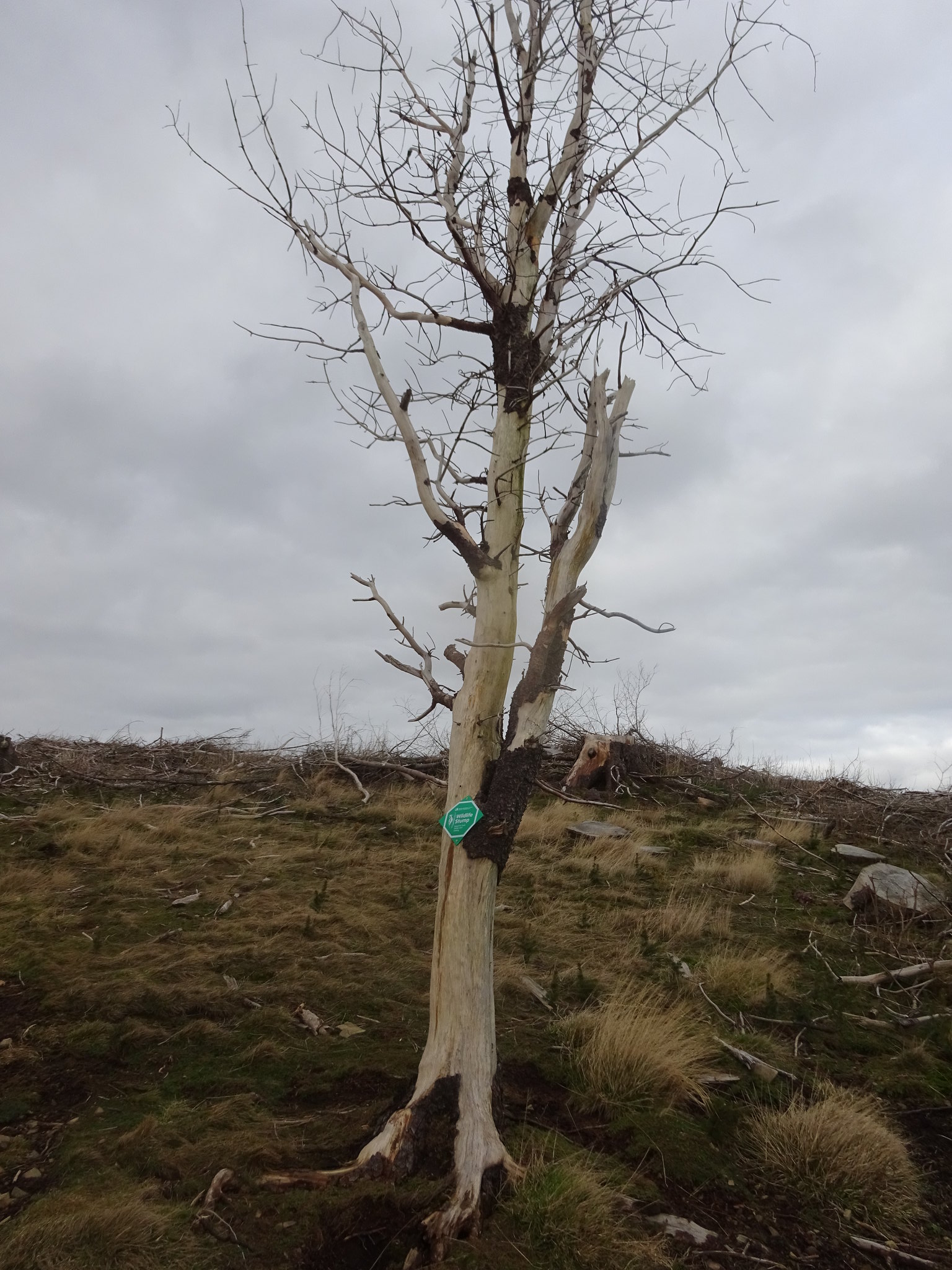 The tree looks kind of dead

If anyone is looking for a doddle of hill (once you find the car park), Cademuir is ideal, took us 36mins up and down. As the photo's demonstrate there has been a bit of tree harvesting, which is not really a pretty sight.

Two very easy blue balloons, bit thanks to George for his company as always.