Had singularly failed to get anywhere near a hill for some time due to other commitments. Good forecast for Sunday had me thinking about heading for some of the Crianlarich munros - now over 31 years since I’d been on Ben More and Stob Binnein and the webcam was giving a good view. Late Saturday, changed plans and decided to head for the two Grahams west of Ben Lui as I needed to be back sharp. 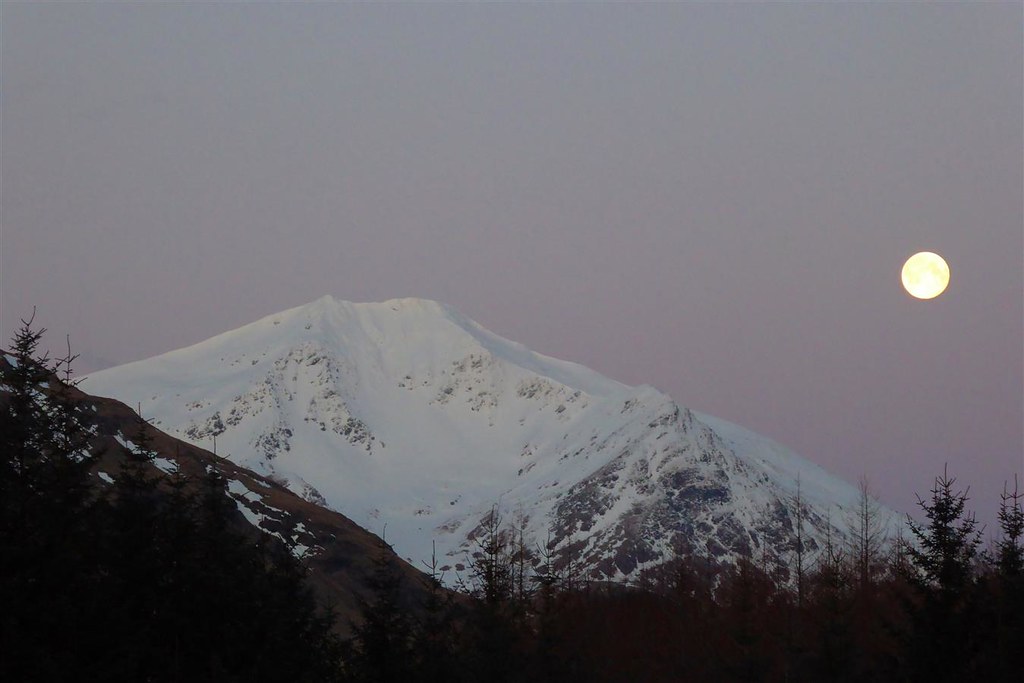 Had seen some reports of others driving up the forestry track to just before the gate/track to Succoth Lodge so did the same as there didn’t appear to be anything against it. However, it wasn’t until I was on the way out later on that I realised I’d missed a small sign to the side of the track stating no unauthorised vehicles - would probably have brought a bike and parked on the A85 in that case. Parked just before a sign and gate to the west of Succoth Lodge.

Set off up the track, under the railway bridge then east and south gaining height on the way. 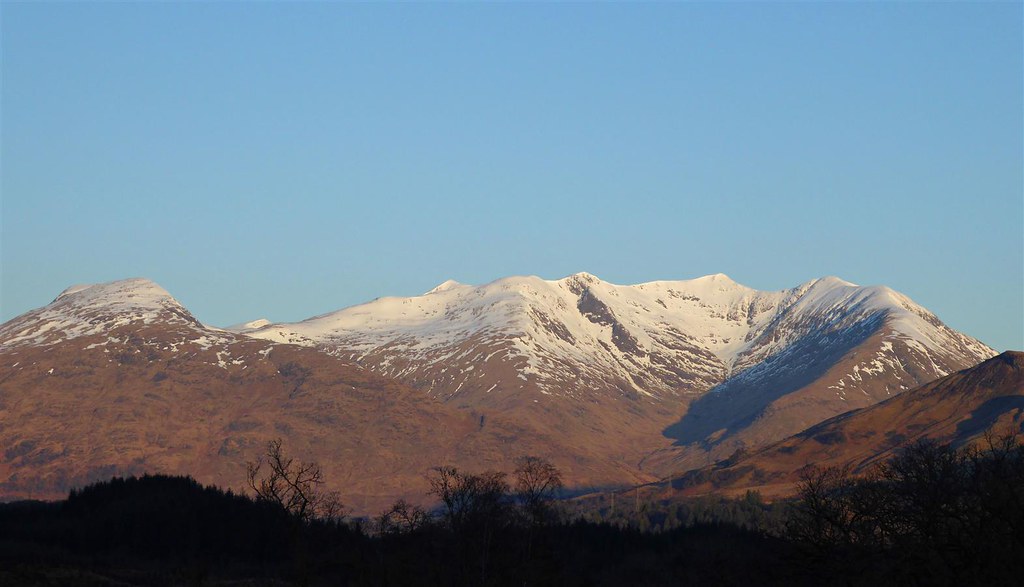 Got to a crossroads where I turned right to look for a firebreak - this took me up to another track which I crossed, walked a little to the south then found the start of the track up the hillside. Some fallen trees and a deer fence to be negotiated on the way. 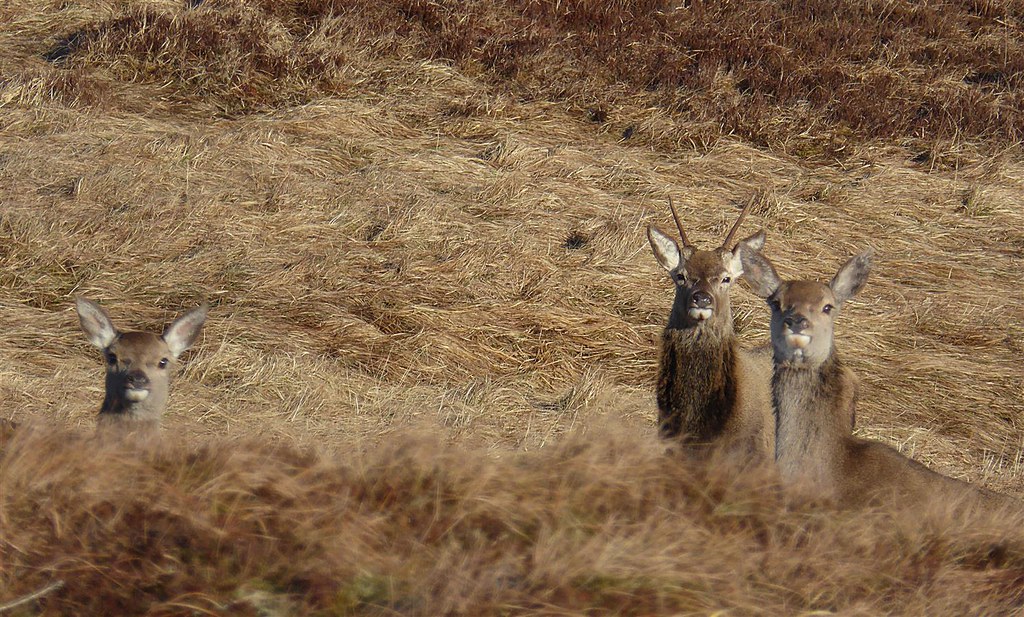 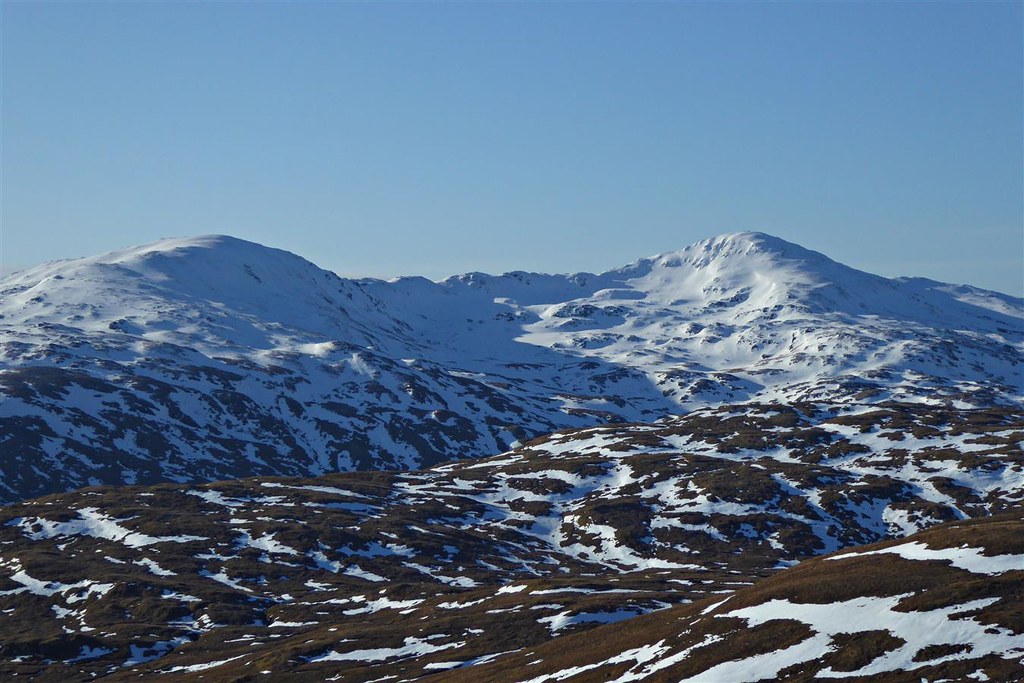 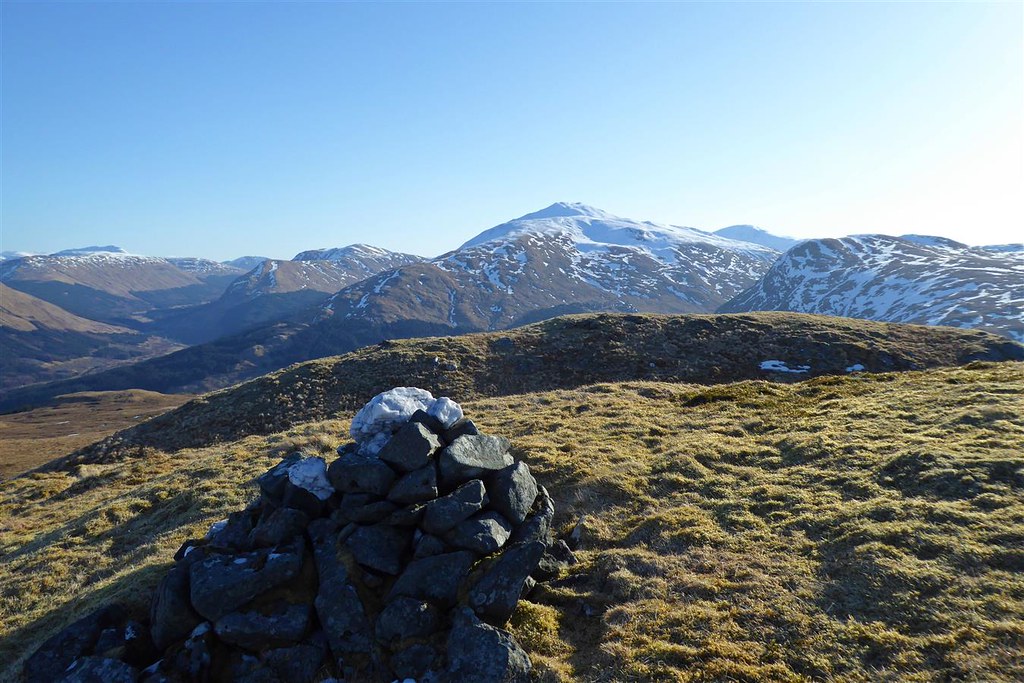 Mull hills in the distance 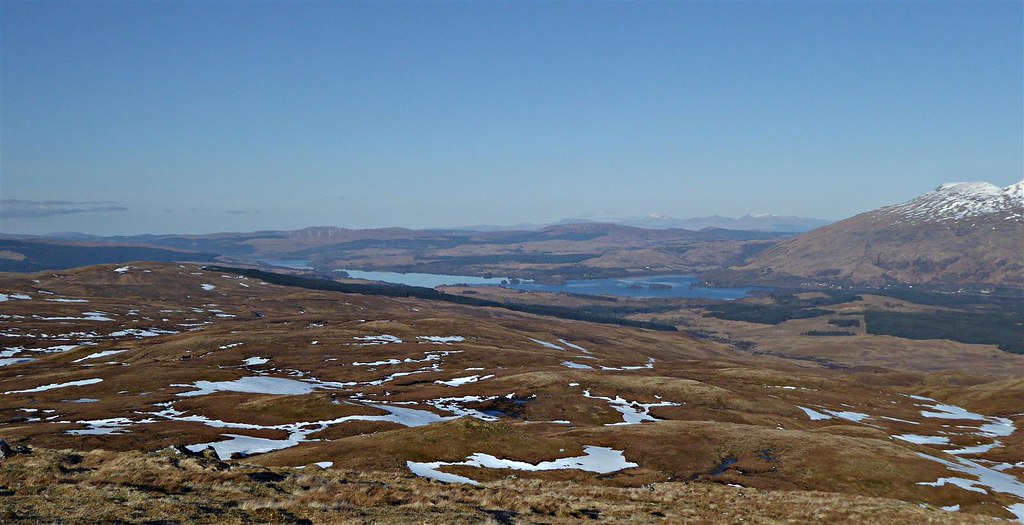 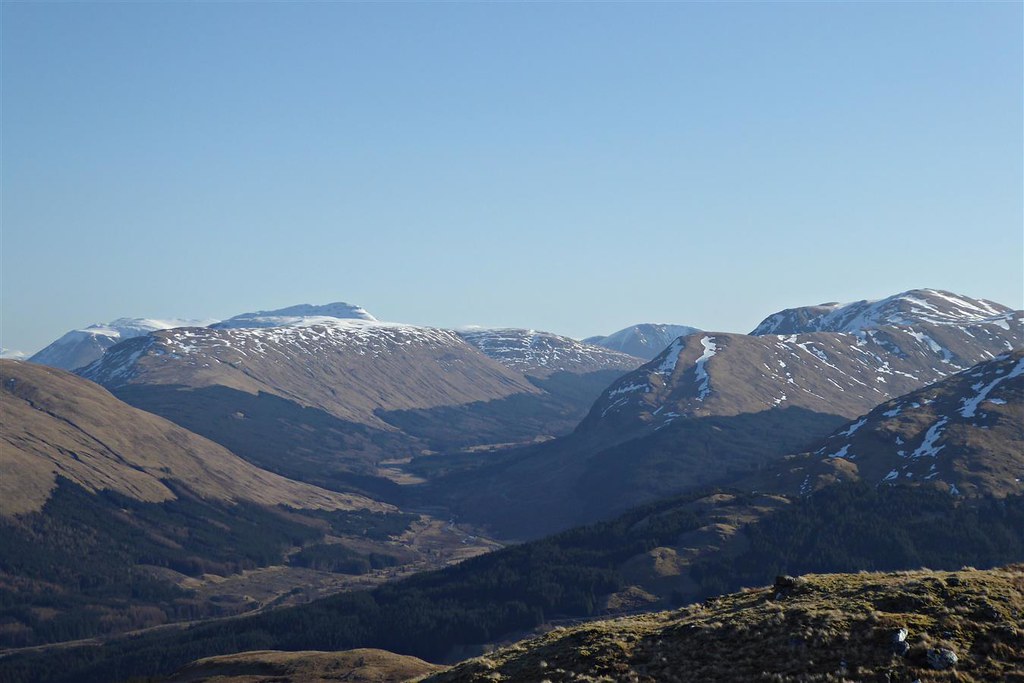 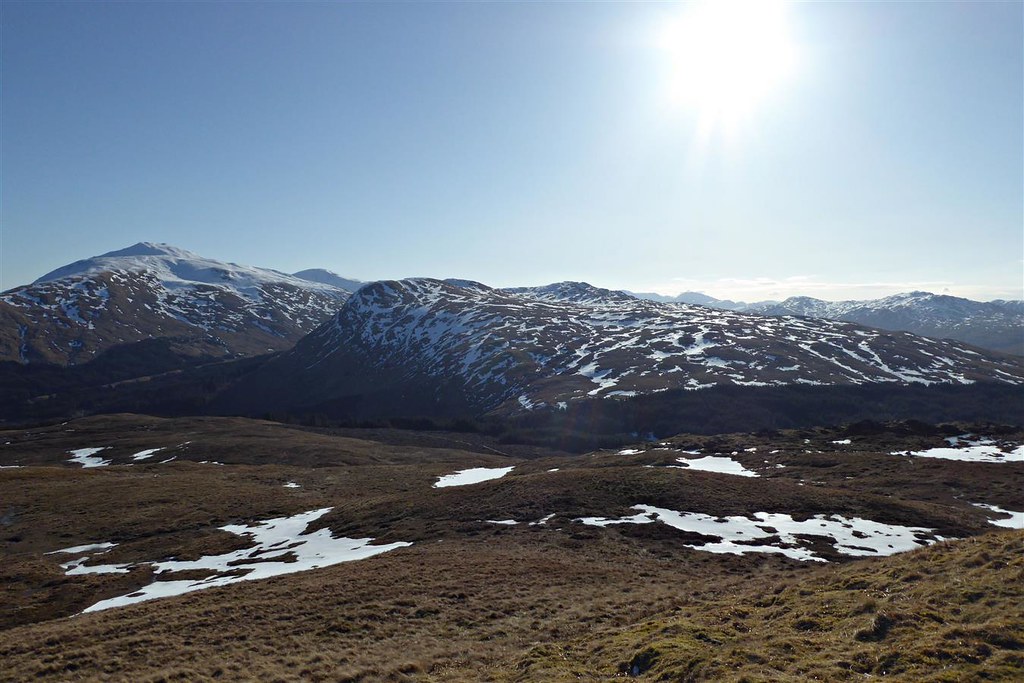 Started off back down eastwards to find a more direct route towards Meall nan Gabhar as it looked like there were some newer tracks. Negotiated the deer fences and crossed an area of felled trees to get on to a track then found a narrower track taking me down to the main track. 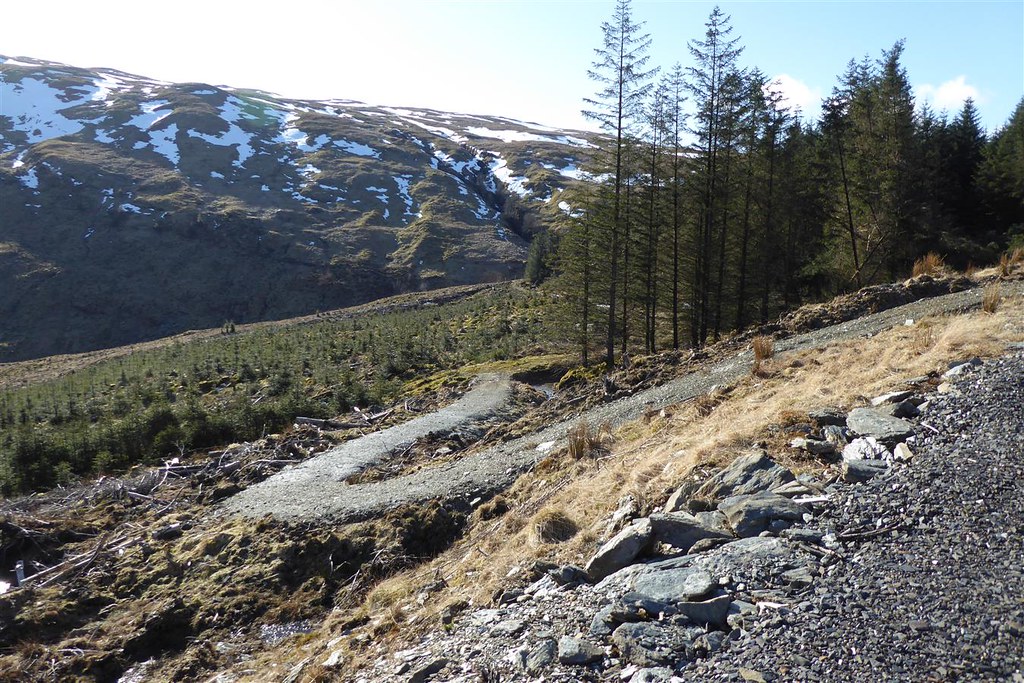 Headed SW up into the trees with the deer fence to the left before finding a gate just outside the forest. Through the gate and headed easterly then NE up towards Meall nan Gabhar. 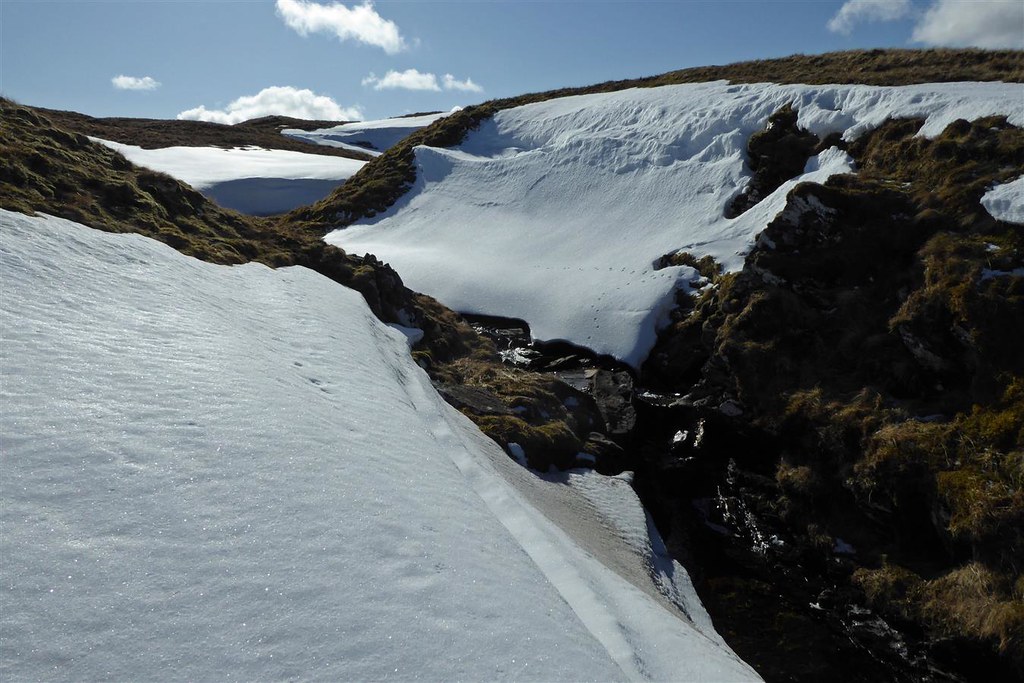 Although the main snowline was higher up, there was still quite a decent coverage especially near the watercourse. Managed to walk most of the last 200m of ascent on snow - hard and crunchy, it made for easy walking compared the tufty grass to the side but never sufficiently steep to need any spikes. 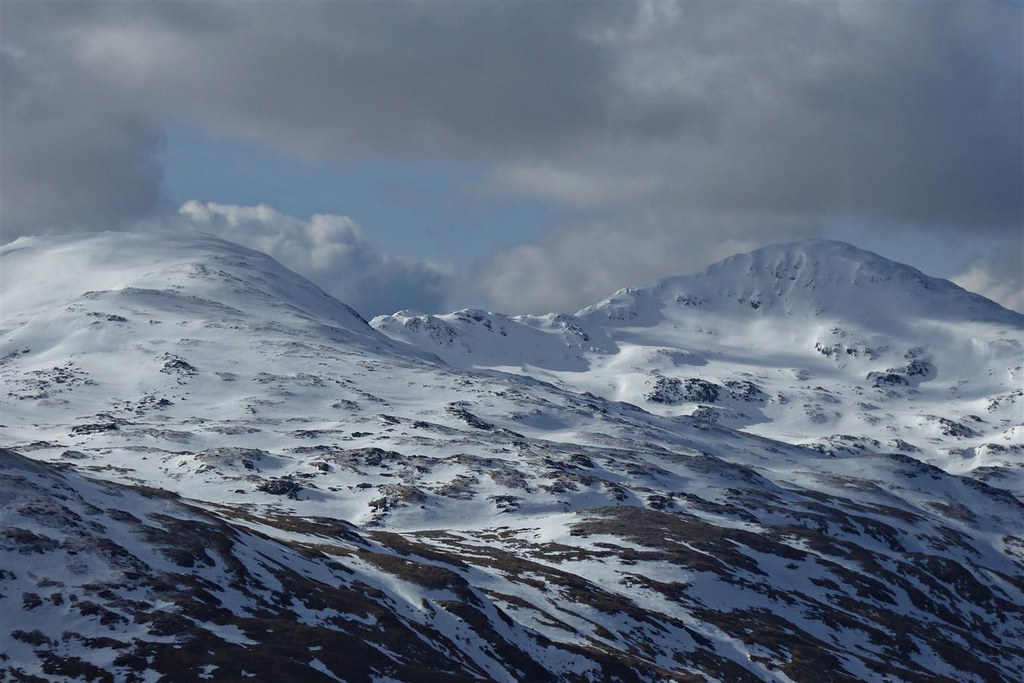 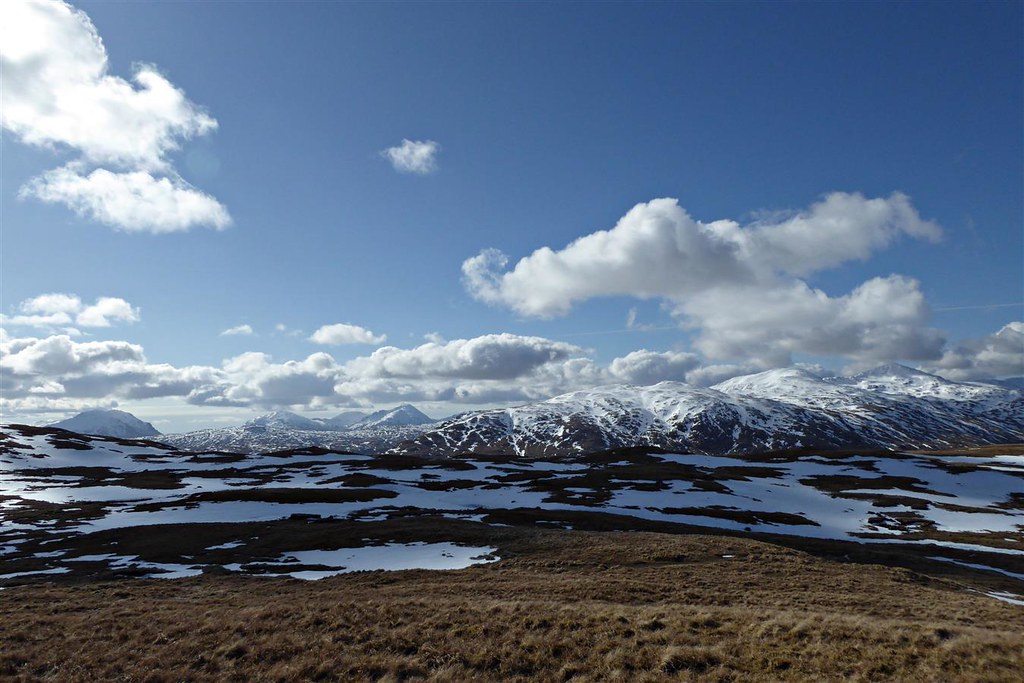 Approaching the final section, from lower down the top to the right looked higher but not according to the map. 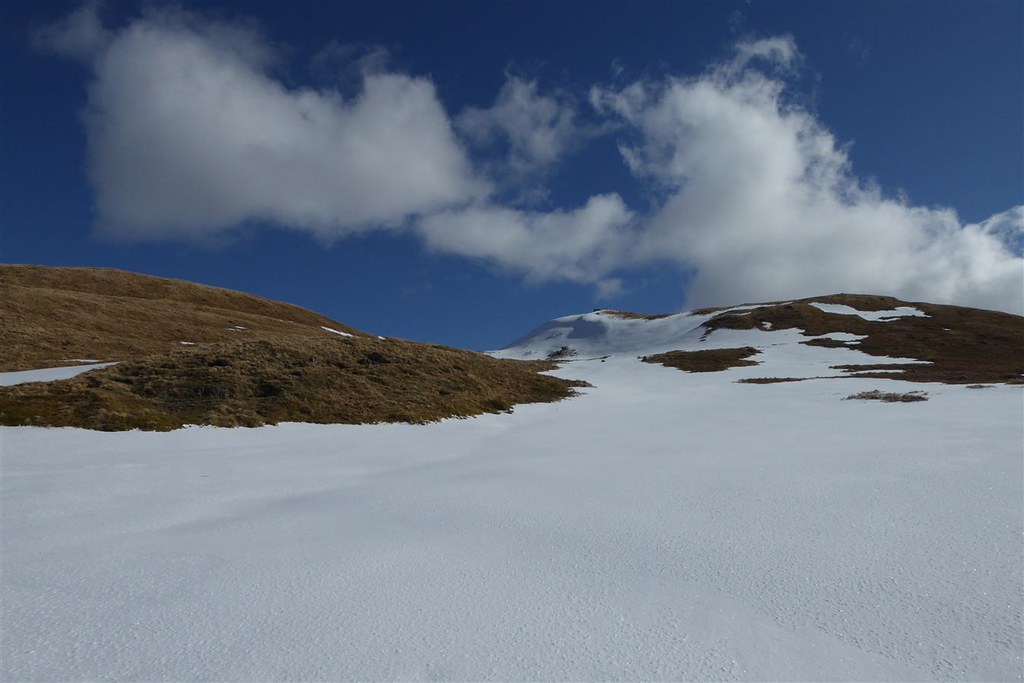 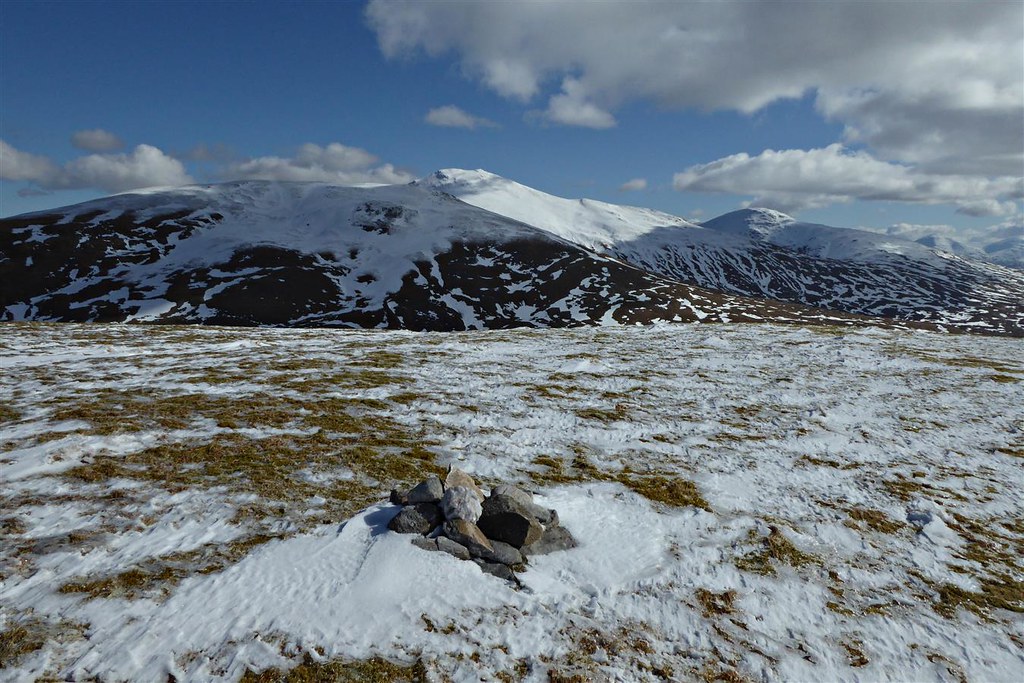 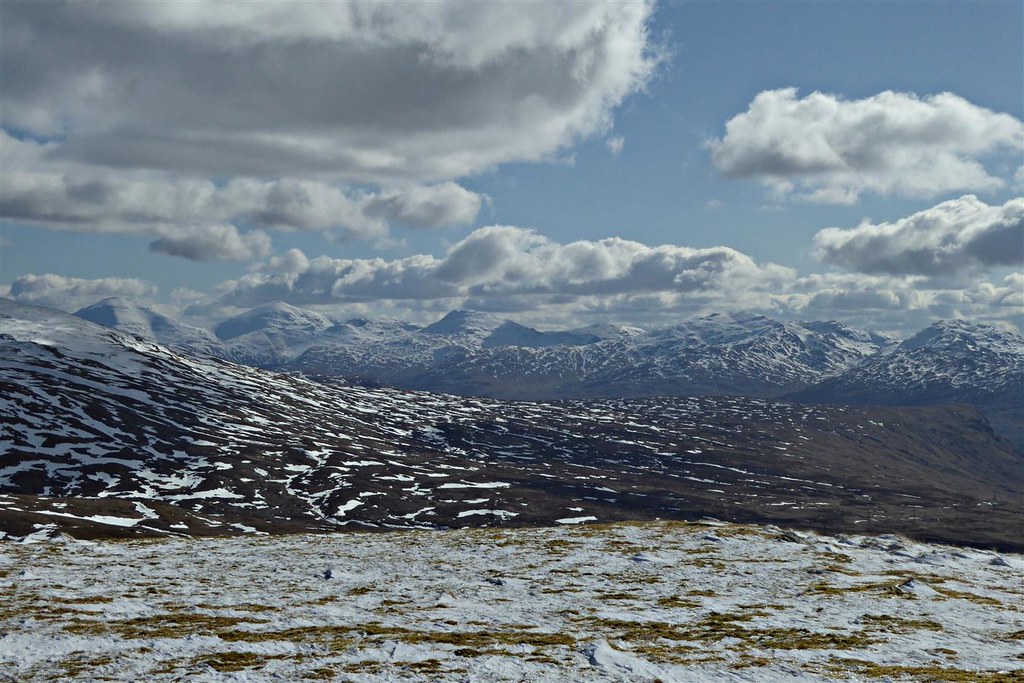 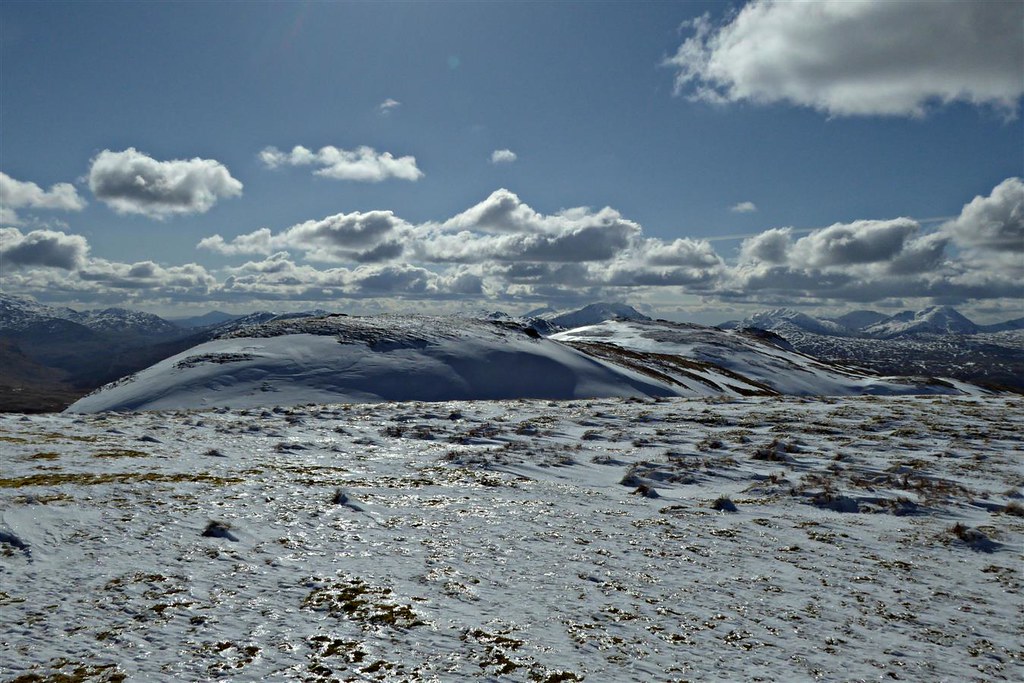 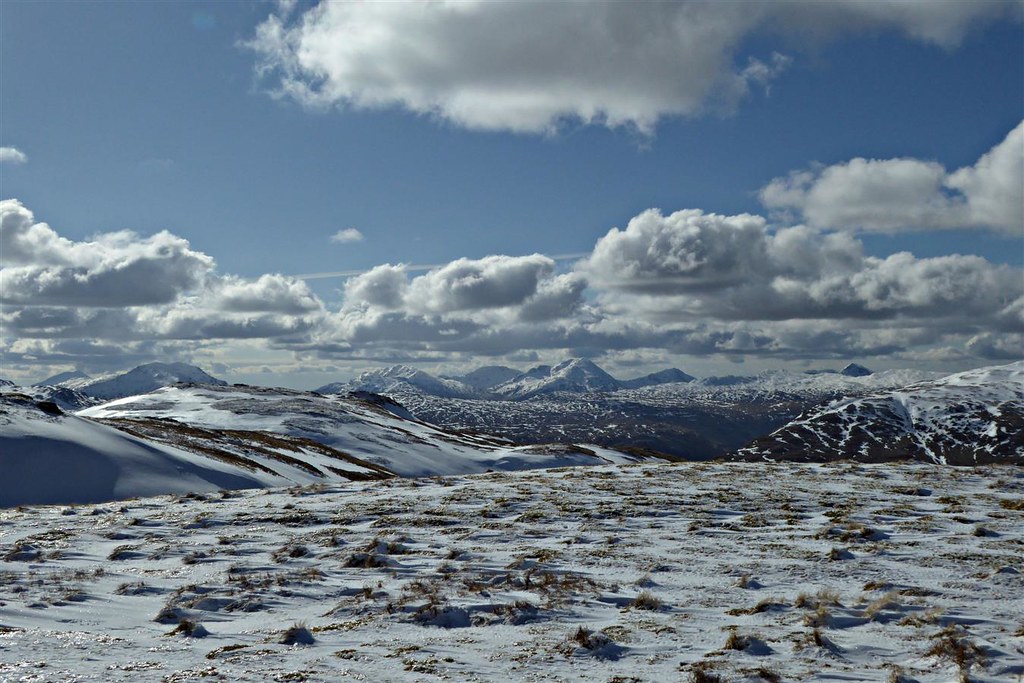 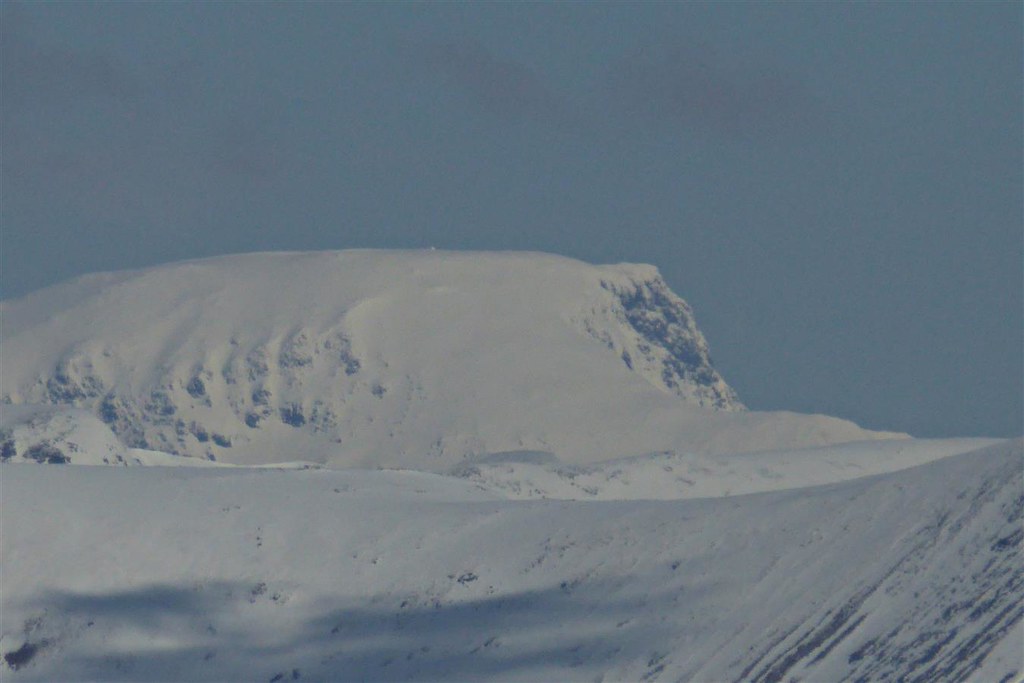 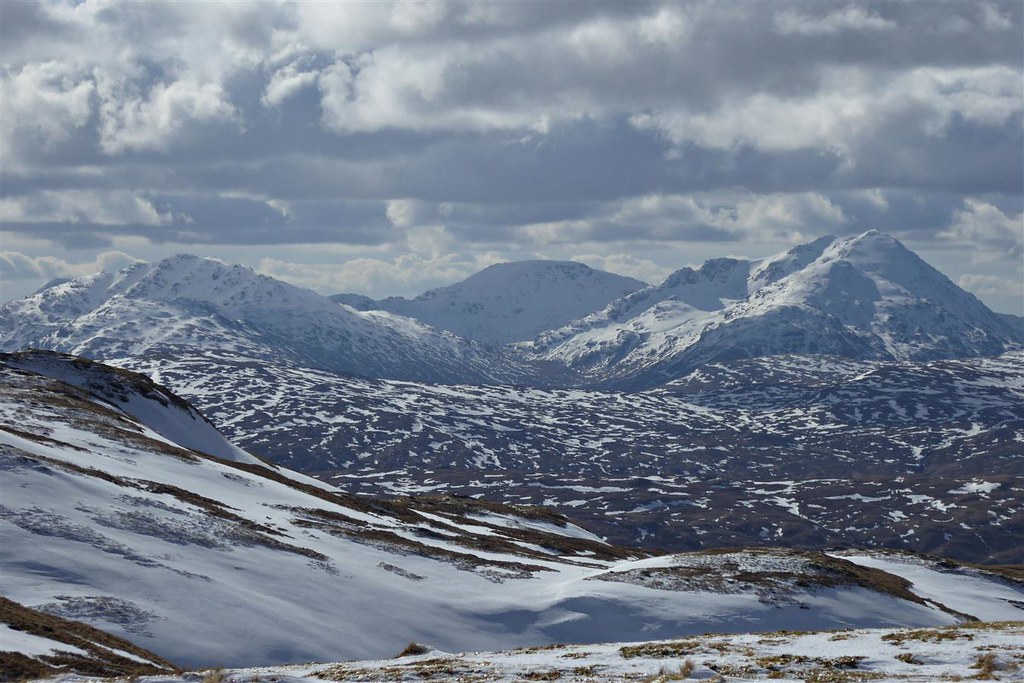 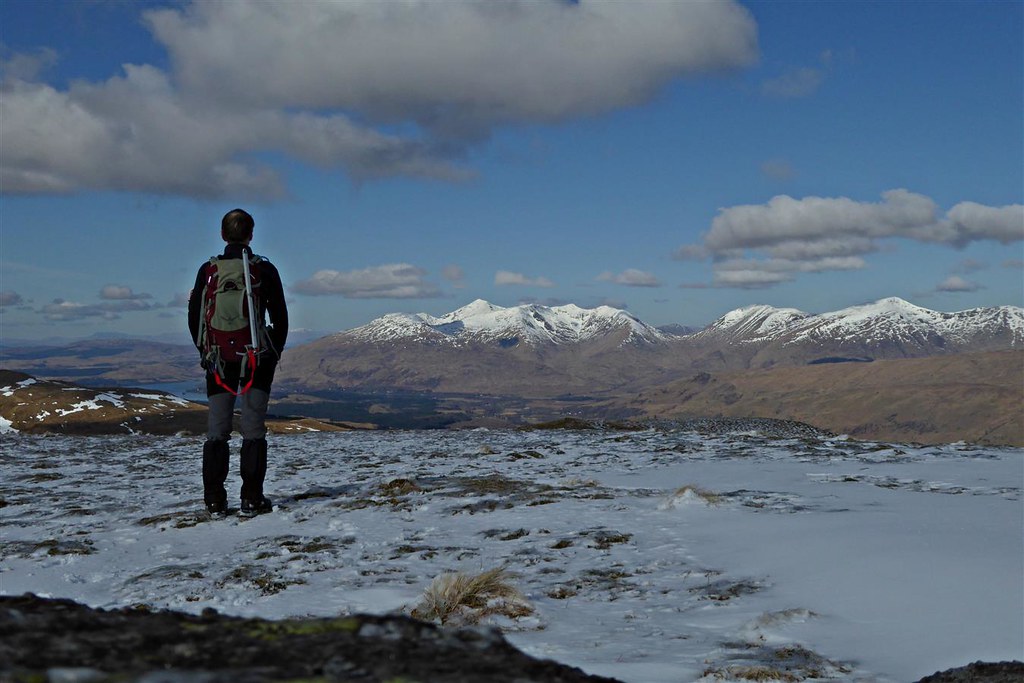 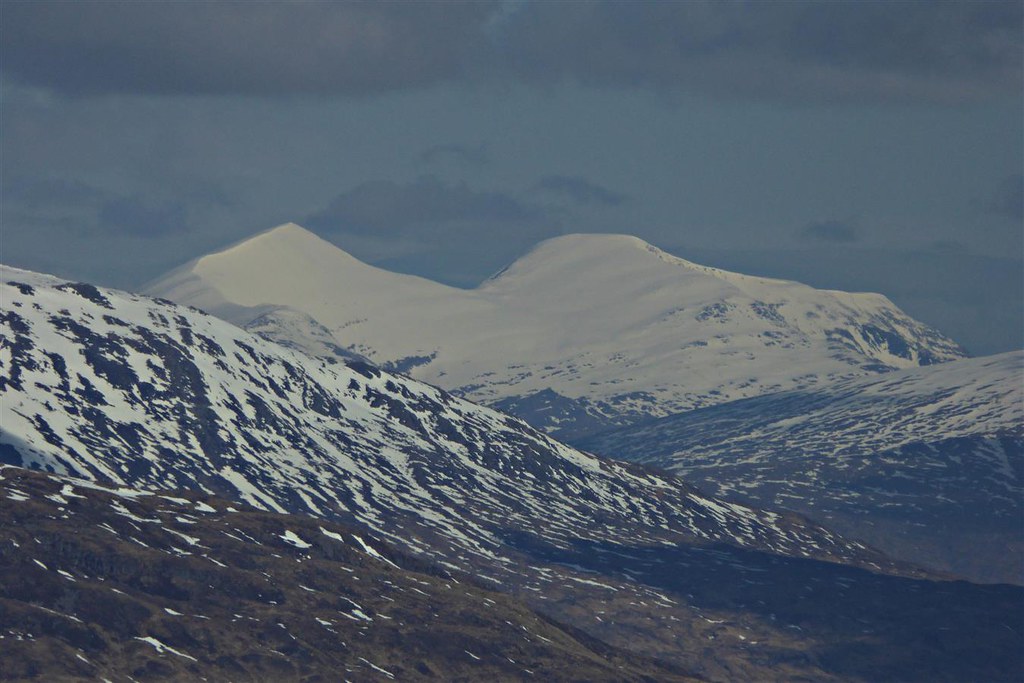 Had a break in the sun which was now quite warm with very little wind. Eventually set off back down the ascent route. 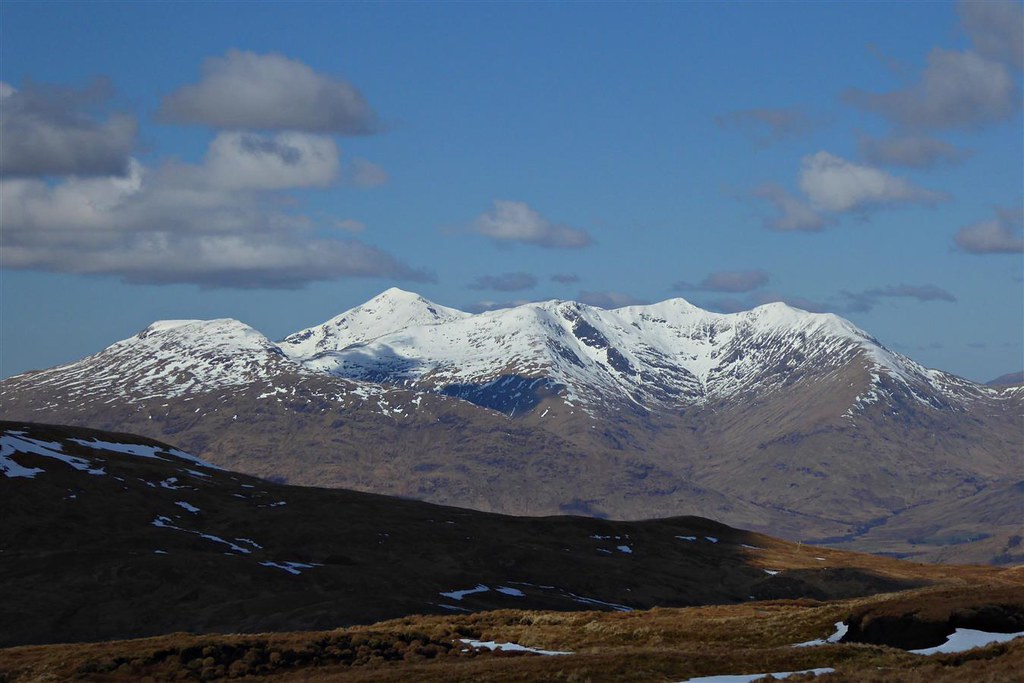 Straightforward walk back to the car (would’ve been even better on a bike !).


Corryghoil activelog 1apr2018.gpx Open full screen  NB: Walkhighlands is not responsible for the accuracy of gpx files in users posts

Looked a nice day out with cracking views

Amazing how much snow was (still is?) on the higher peaks.

Great pictures rockhopper especially the deer and the first one with the moon.
All the best.

. Wish I'd seen a bit more from these hills, but I can't really imagine going back to them again without a very good reason. Some nice photos, particularly the first one

I still have these two to do. To date they haven't really appealled to me, but your photos might just make me change my mind

Certainly a better looking experience than I had on this pair. Lovely photos too, especially some of the cloudscapes.

Some great pictures from a very fine looking day. I couldn't go walking that day but, of course, was able to walk on the Baltic and not nearly as bright day before.

cracking photos - looked like a grand day in the hills

Aye other commitments ..they plague me too

Where did i find the time to complete the Munros ?

cheers all - thanks for the comments - much appreciated

to get round to your area - cheers

That Lui shot is the mountain at its best.

I can't imagine wanting to be anywhere else than the hills when the weather is so perfect.

Still have these to do...

Nice to see the old fella back out on them hills