We left Inverness at 0600 on Monday 19th March 2018 and arrived at Spean Bridge in plenty time to catch the 0757 to Corrour. Arrived in Corrour on time 35 minutes later. It would have been fairly easy to climb the Corbett and catch the train back but we had decided we would walk back to Spean Bridge railway station.

First of all we headed off for Williams Leap following the WH route.

Here's some photos from the hill. 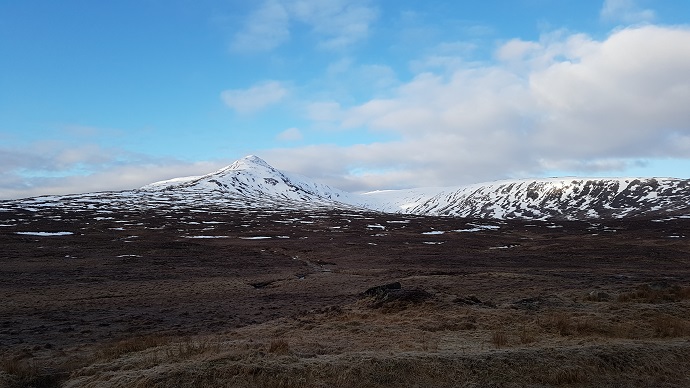 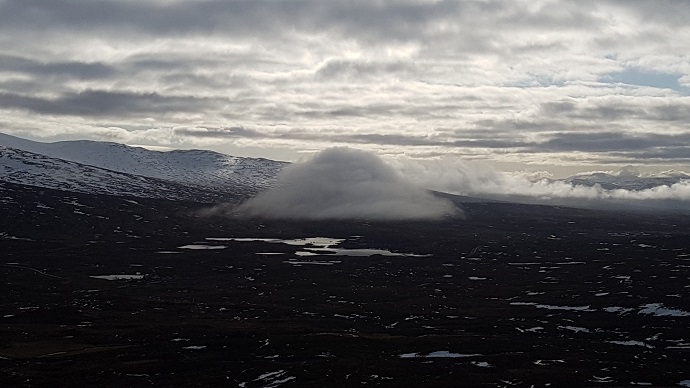 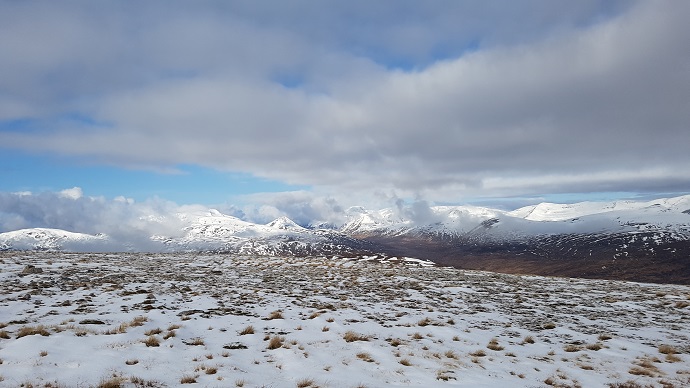 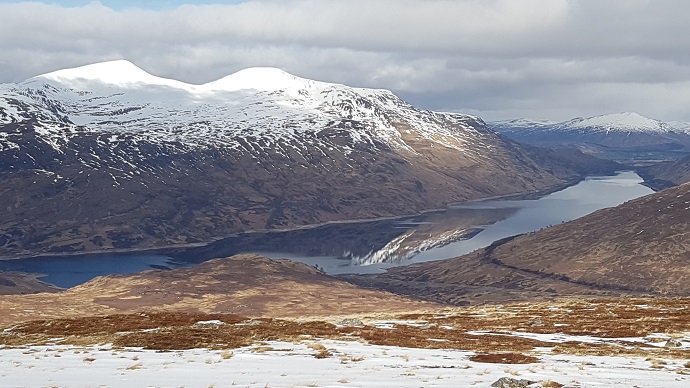 Heading back down to Corrour station Now back at the station and it was only the early afternoon, also the plan was to stay at Staoineag Bothy which didn't look that far on the map, so we decided we would have a few beers at the excellent station bar / restaurant. We worked it out it would be around 20 miles from Corrour to Spean with a slight diversion to Staoineag Here is the route map.

Slightly inebriated we set off for the bothy The path out of Corrour is slightly boggy at first but the weather was superb and we were soon on a brand new hydro track down to Loch Treig. Stopped for a late lunch and chatted with a guy from Germany who was camping by the loch - a great spot. Then onwards to the bothy we stayed on the south side of the river even though the path on the other side looked far better because we were not sure we would be able to cross it to the bothy. View from the bothy but we didn't mind because the day had been perfect as was the night. I was glad to get rid of the 6KG of coal I had carried in. The fire was soon roaring and a fine meal was had, followed by a can of beer each and copious amounts of whisky and vodka and some great tunes. 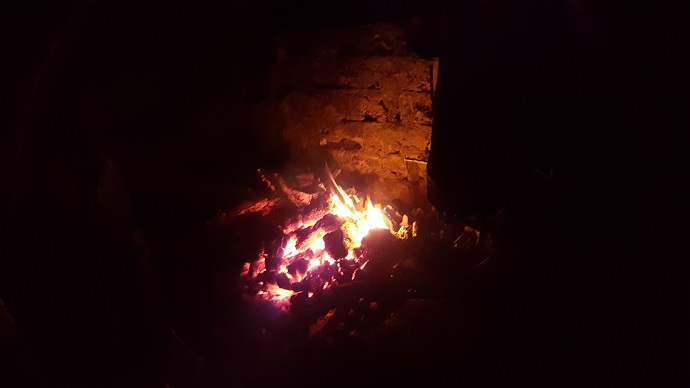 . With the river impassable we walked back down to the bridge near loch Treig and crossed there.

Bridge over the Abhain Rath near the derelict Creaguaineach Lodge 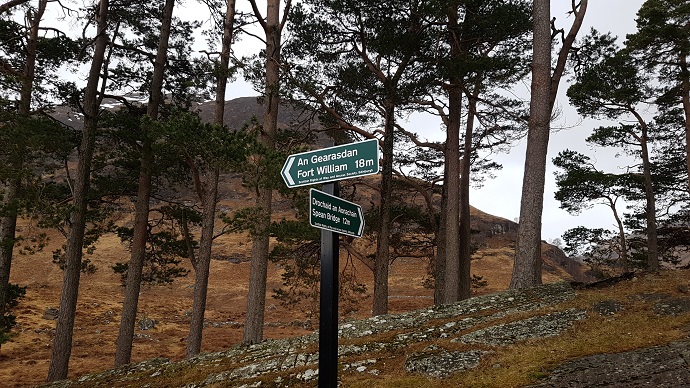 The plan was to walk up to the Lairig Leacach bothy and shelter there for lunch. we walked up the west bank of the river and the path followed an interesting route through some crags to start with. .Eventually I could make out Sgurr Innse through the mist and rain and knew the bothy was close. All that was left was the long walk all downhill first on a snowy track and onto the good track past the wee minister and finally a couple of flat miles on the tarmac back to Spean bridge.

In hindsight it would have been far easier to take the 35 minute train ride from Corrour back to Spean Bridge but whats the fun in that?