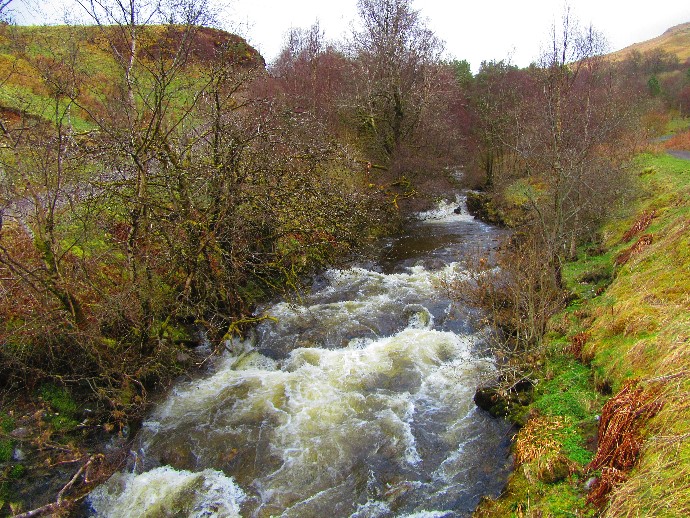 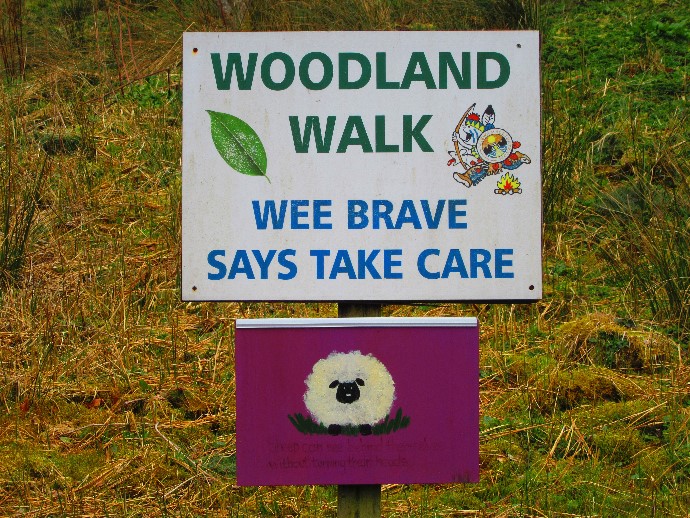 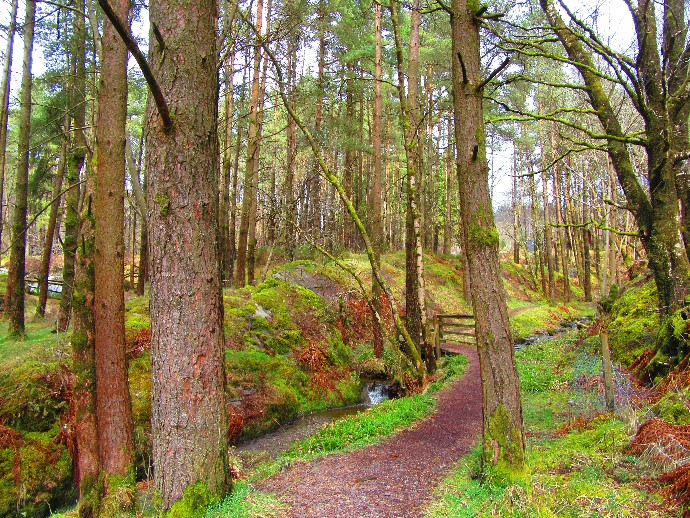 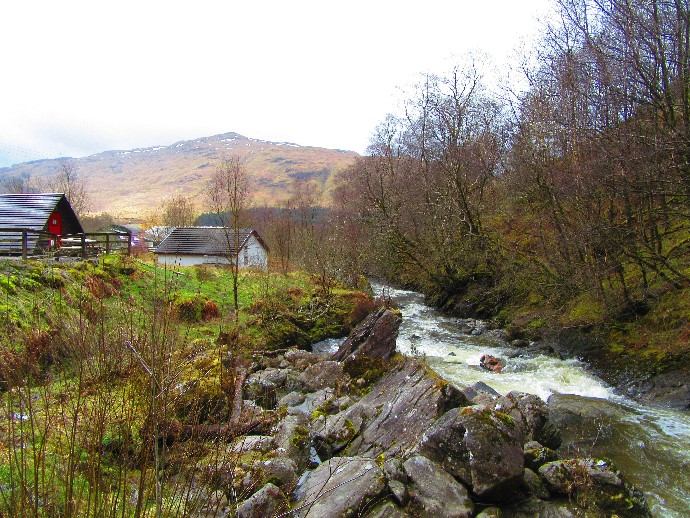 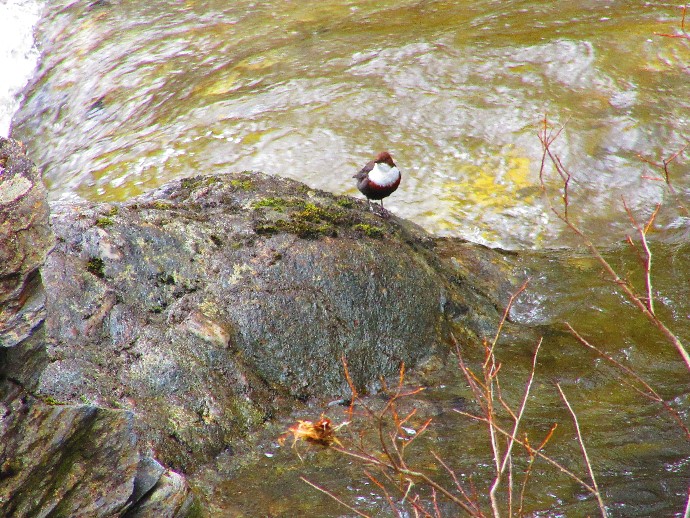 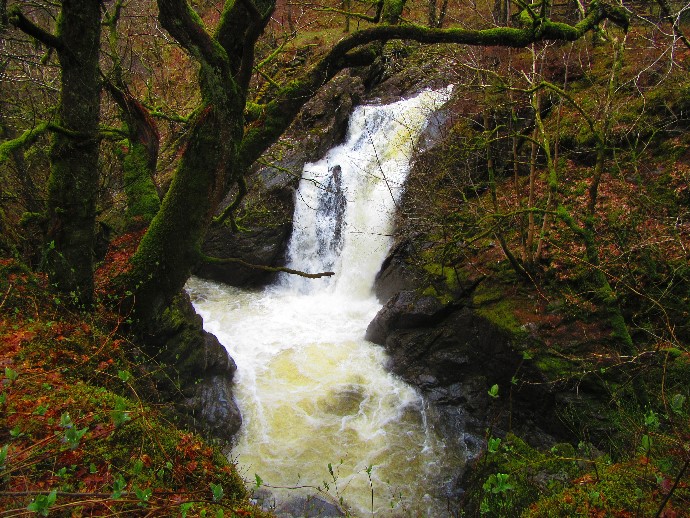 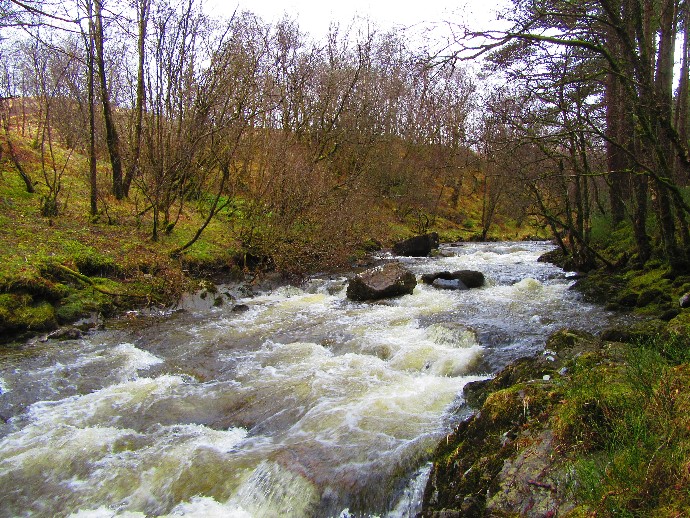 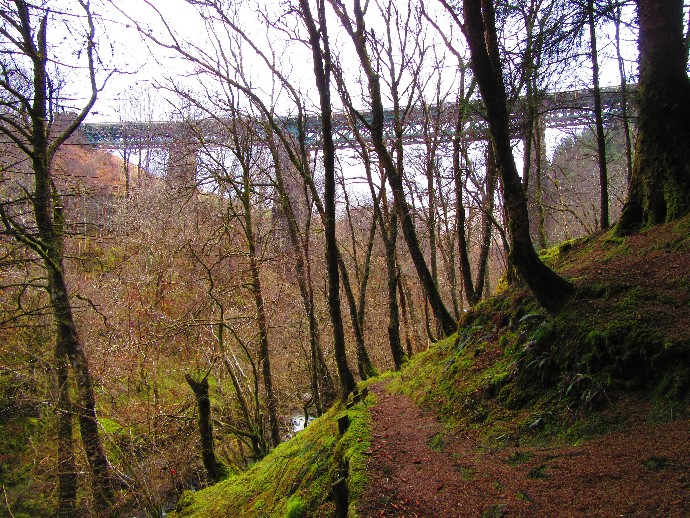 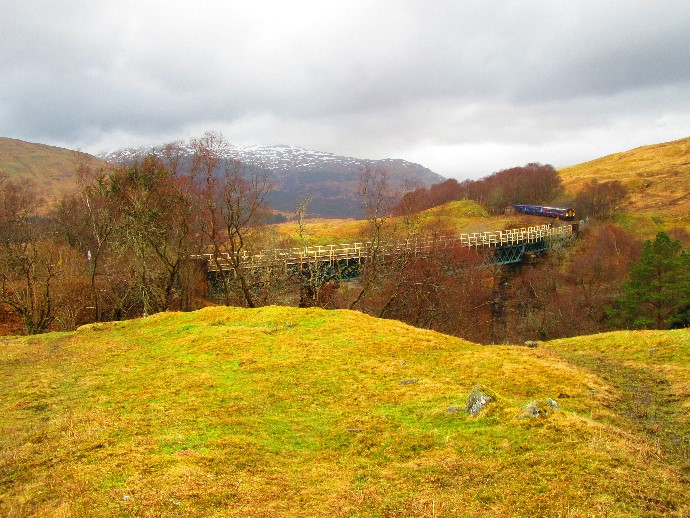 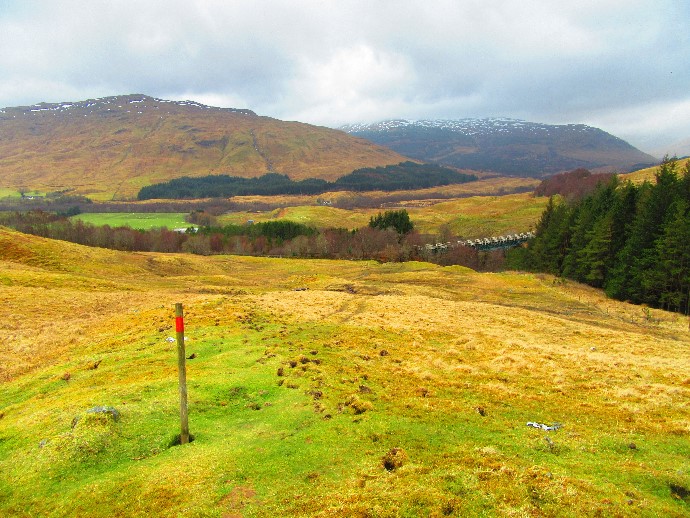 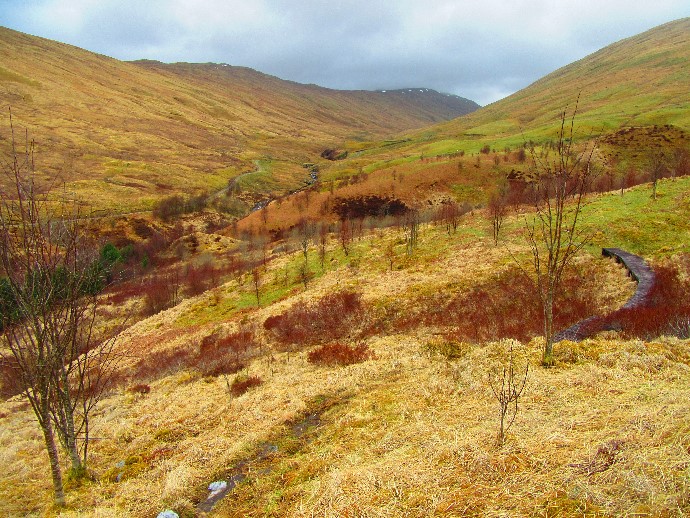 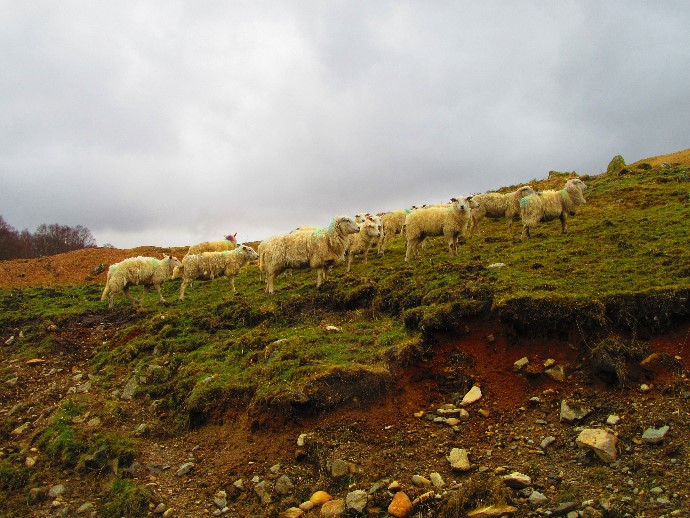 Weather: Spots of rain and a few glimpses of blue sky, but generally overcast. Breezy and fairly mild - 10C or so on the hill.
Underfoot: Clear path through the forest, then mostly pathless (or faint path) on open hillside, with just enough marker posts to follow and a little wet. Path / markers then descend to a regenerating woodland stretch nearer the burn, which has a clearer path but quite boggy until some boardwalks are reached. No snow left below 500 or 600 metres.
Notes: Good views despite not being the best weather day. The circuit was easier to follow and drier underfoot than expected, though we were still glad to have waterproof boots. Worth taking either a map of the route or a phone screenshot of the map at the car park as there are a few path junctions. The first section through the woods and past the waterfall to the viaduct is the most interesting, so you could double back after this if you wanted to avoid the wetter sections. There's also at least one other bridge across the burn which you could use to shorten the route. Picked up the first tick of the season and didn't see it until the next day