Having spent a weekend cycling around Dolgellau and southern Snowdonia, I headed to my mum and dad's place on Anglesey for a couple of days. The scorching heat of the weekend soon turned to constant rain, and dad and I attempted Holyhead Mountain on the Monday. Even this lowly 220m high hill was miserable and we retreated well before the summit! Scouring the weather forecast, I could see a short weather window, (ie a time when there was no rain forecast, even if it looked pretty gloomy all round) on Tuesday morning. I decided that I needed to borrow my dad's car that morning.

I was out of the house shortly after 7:30am with a few ideas, but decided that I'd wait until I was driving along the Llanfairpwll road to choose where to go, as all of the main ranges of northern Snowdonia are visible from here. Plan A up Y Garn looked to be the winner surprisingly. Having parked up at one of the free spaces at Ogwen Cottage (there aren't many of these, but it isn't too busy at 8am on a Tuesday morning), I quickly headed up the good path to Llyn Idwal. There were some blustery showers, but overall it wasn't too bad.


Y Garn.gpx Open full screen  NB: Walkhighlands is not responsible for the accuracy of gpx files in users posts 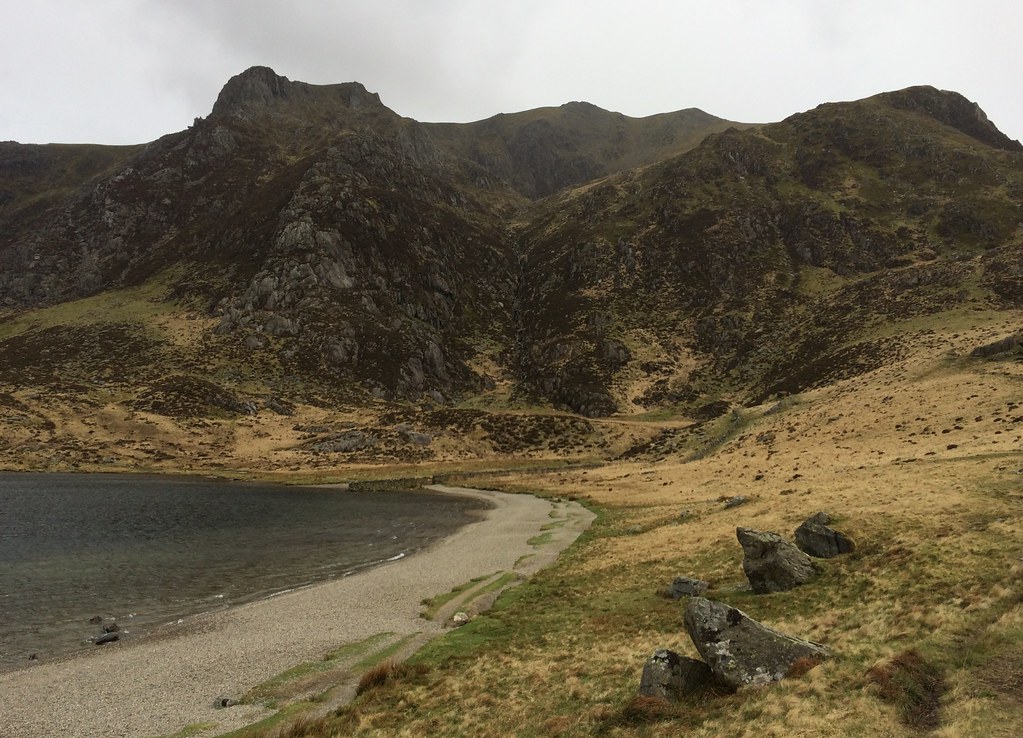 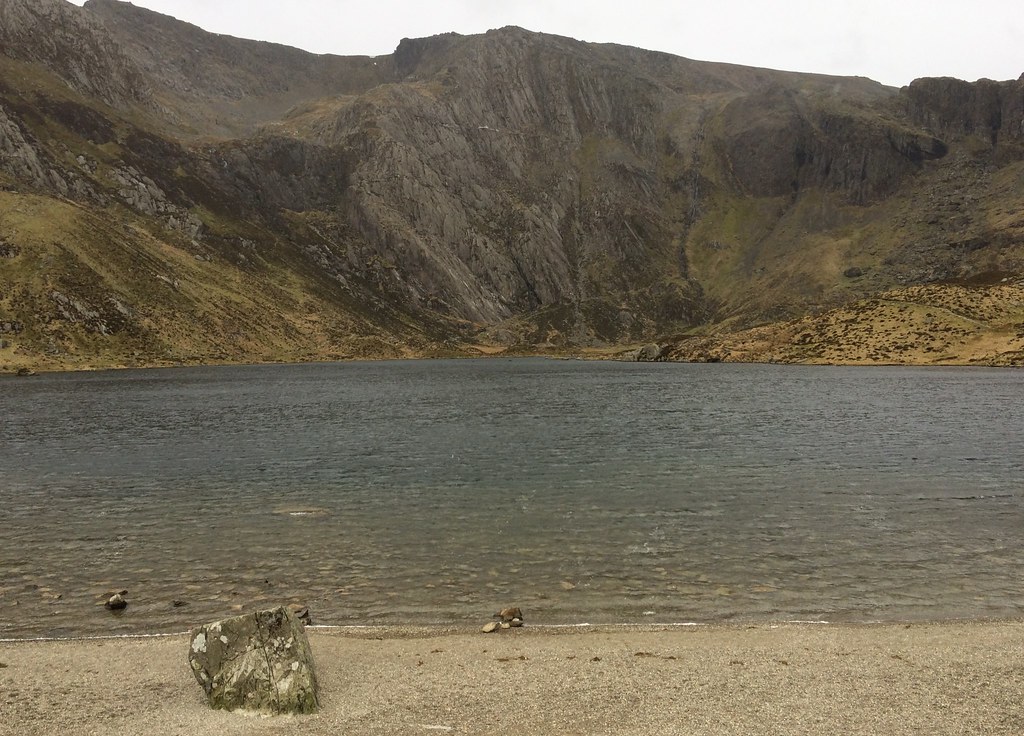 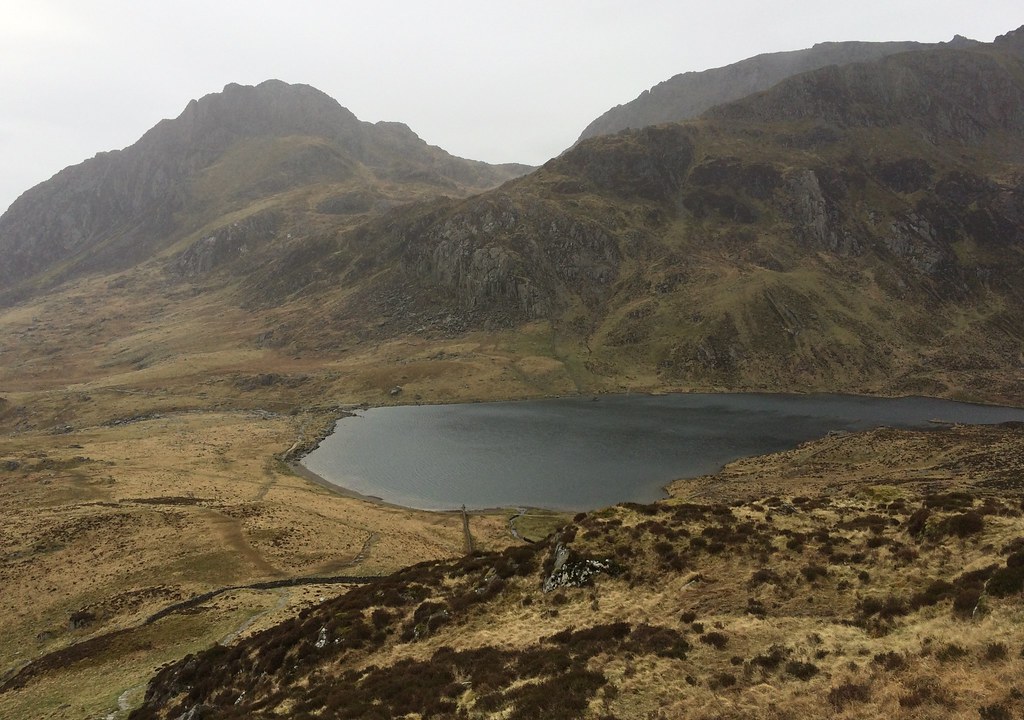 There are endless quantities of brilliant scrambling round here, but with damp rock and little time, I gave it a miss and headed straight up the NE ridge of Y Garn. I usually come down this way, but I thought I'd go up it for a change. The lower part is well paved, and there is a nice little lake in the cwm under the summit. 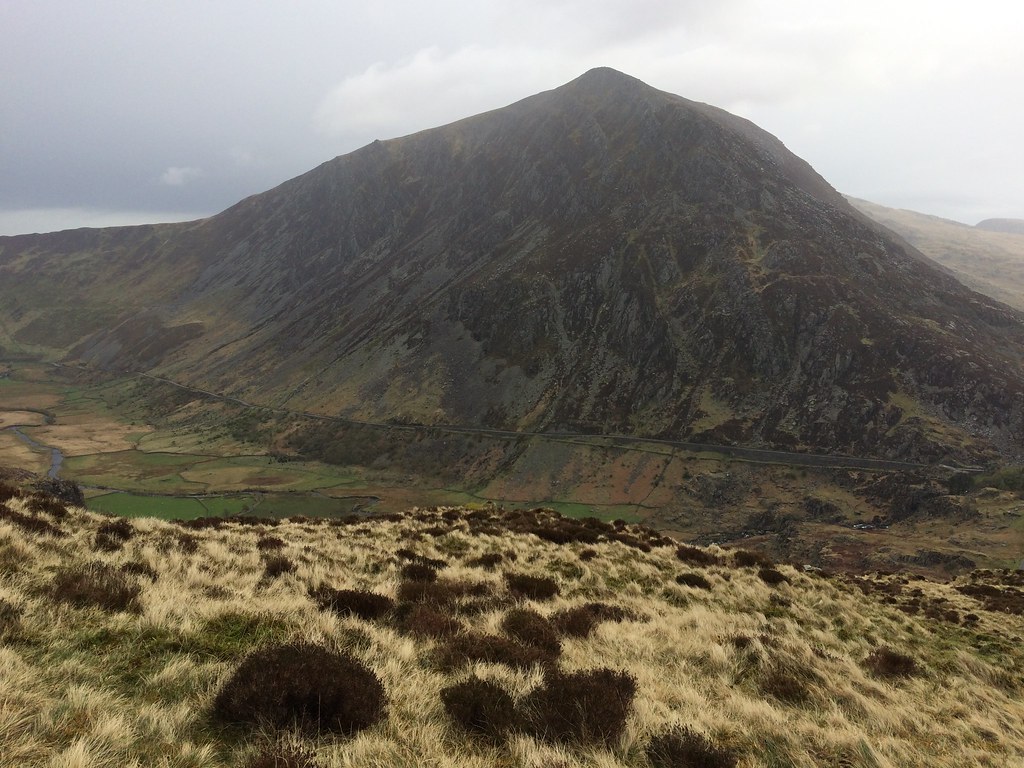 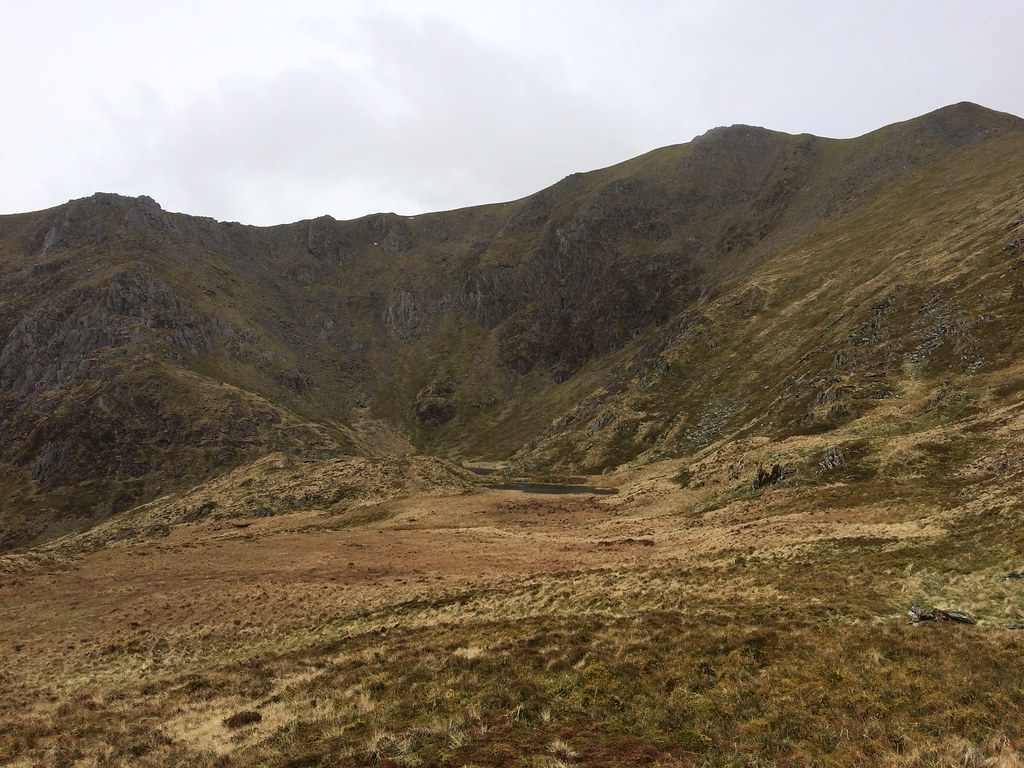 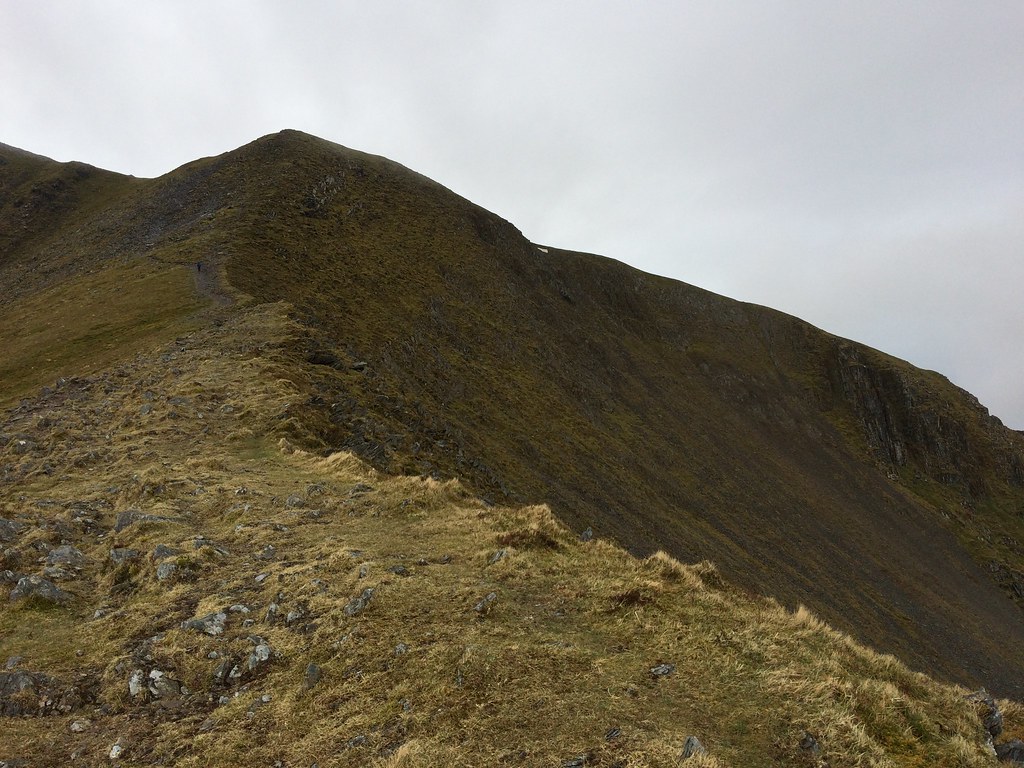 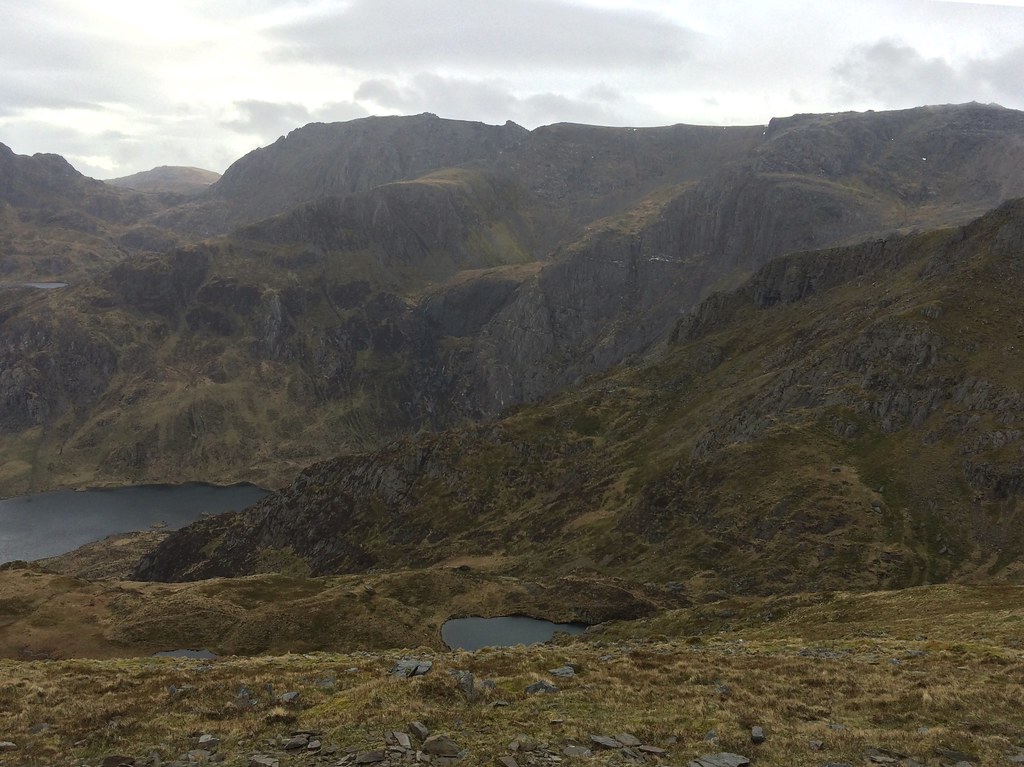 I caught up another walker at the summit who was also shifting fast - like me he was keen to get on as far as possible before the weather came in. There were summit views, which is way more than I'd bargained for 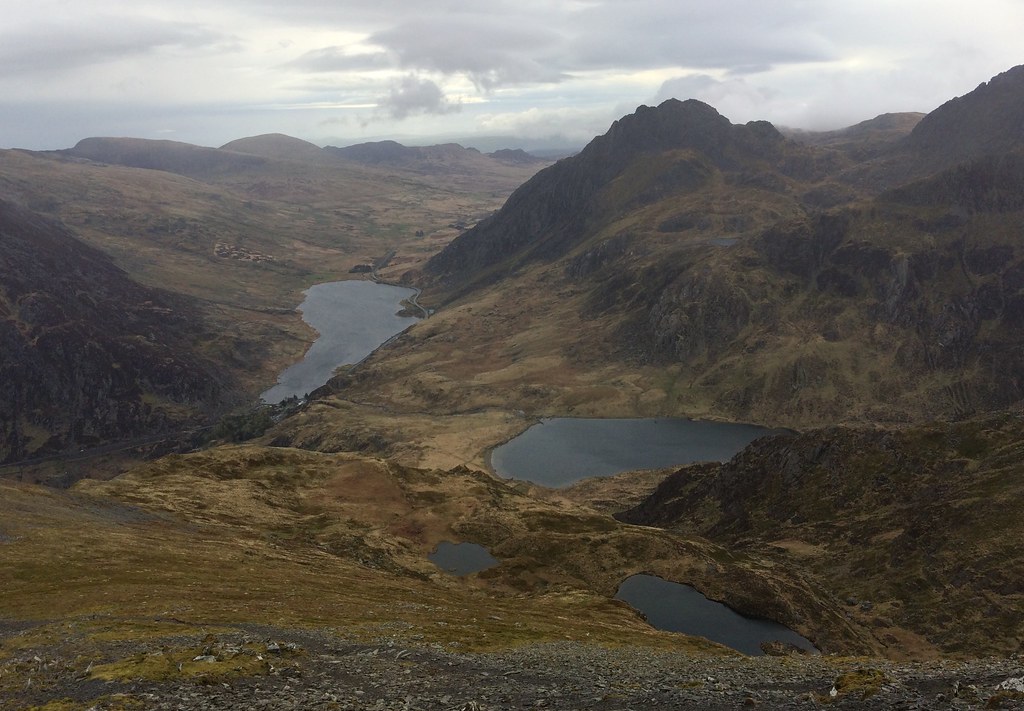 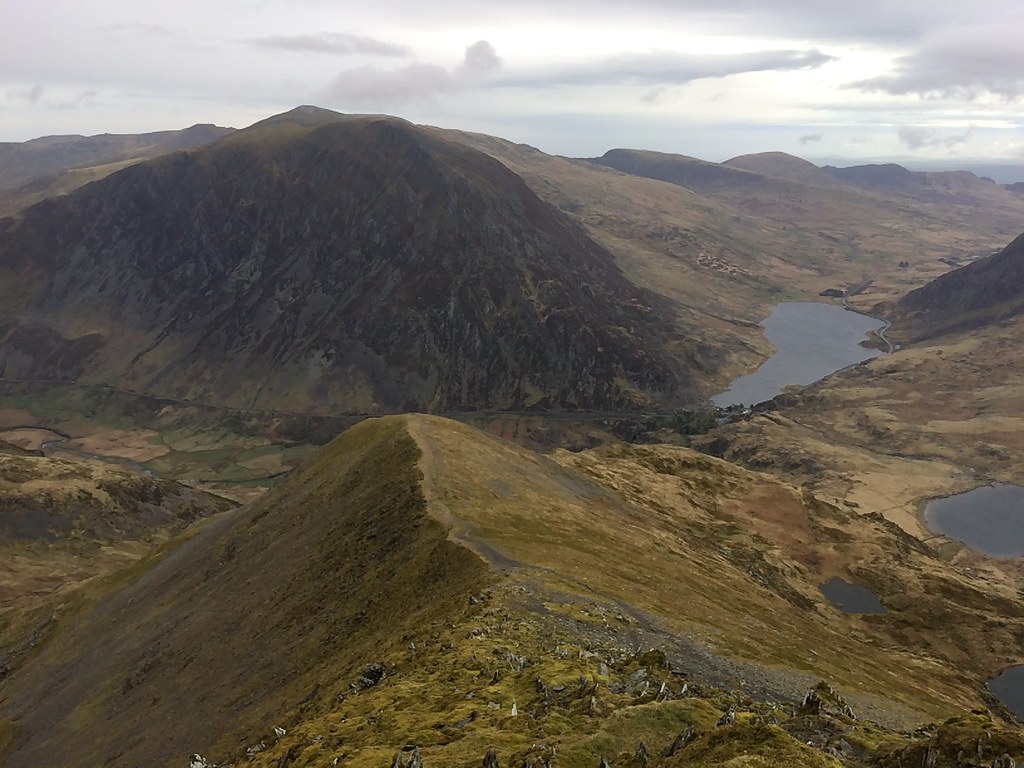 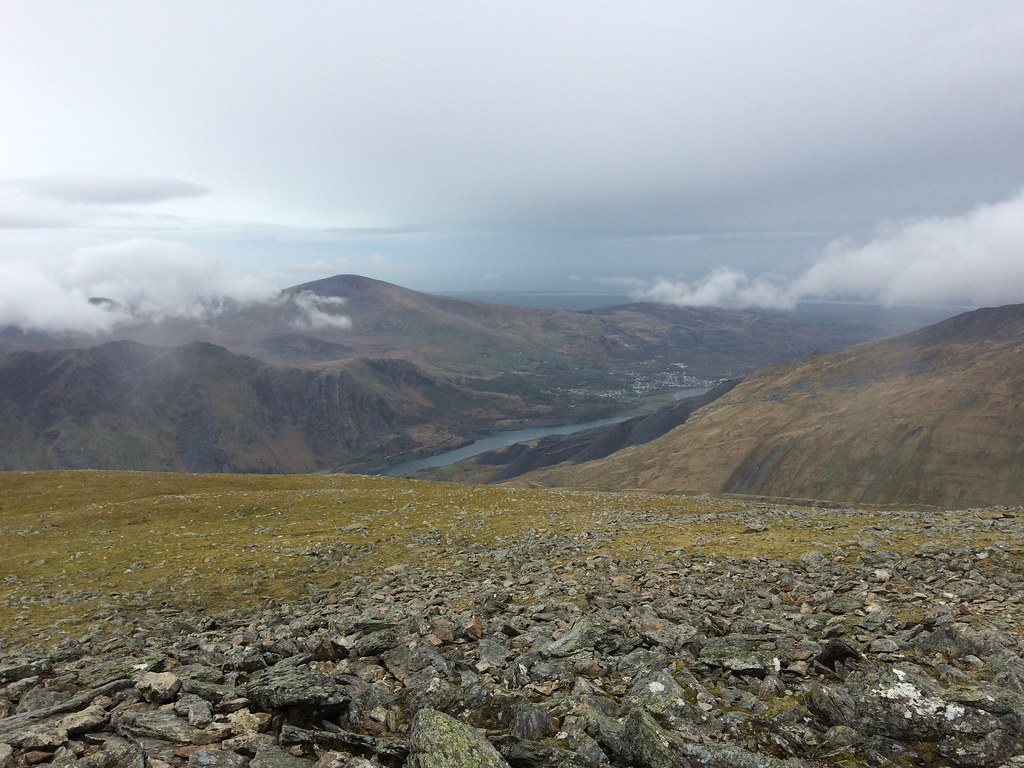 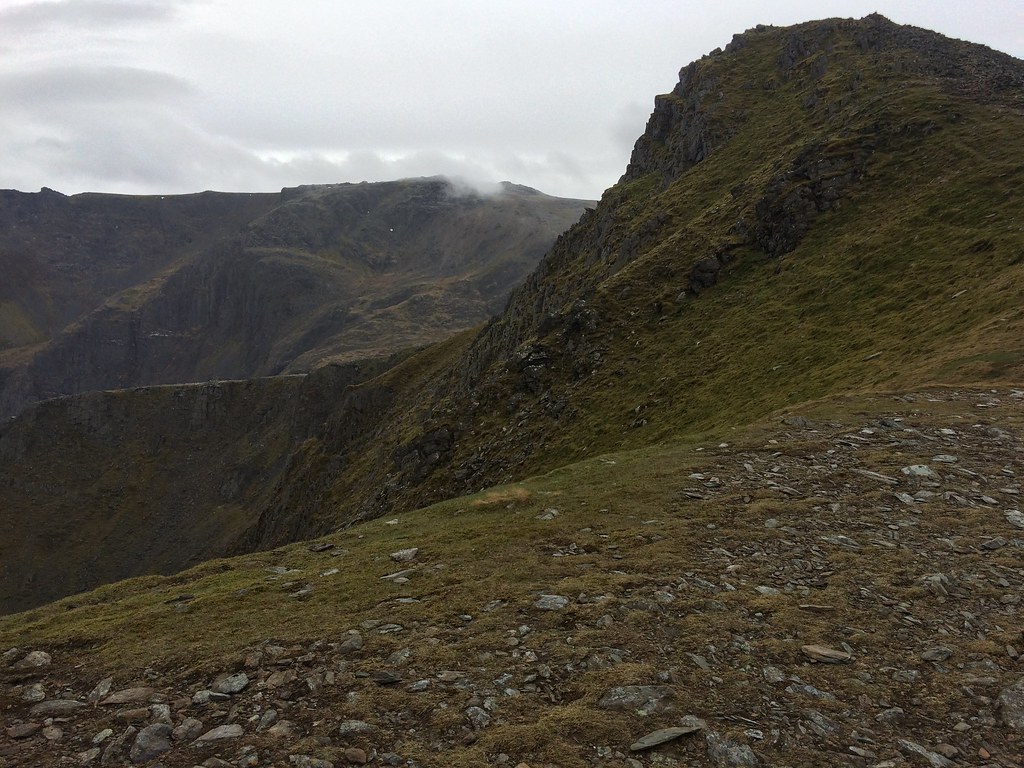 Although I'd originally planned to descend via the Devil's Kitchen, I changed my mind and headed for Foel-goch, which I have only been up a few times before. It was an easy walk/jog to the summit, which is pleasant and grassy. Immediately beneath my feet was Yr Esgair - allegedly the nastiest scramble in North Wales. Despite getting into some interesting scrapes on some of the other scrambles, I had never had the guts to try it - indeed the scrambling guidebook says something like 'only included for completeness, and to deter anyone from trying it'. To be fair, the guidebook did become known as 'Steve Ashton's Book of Death' 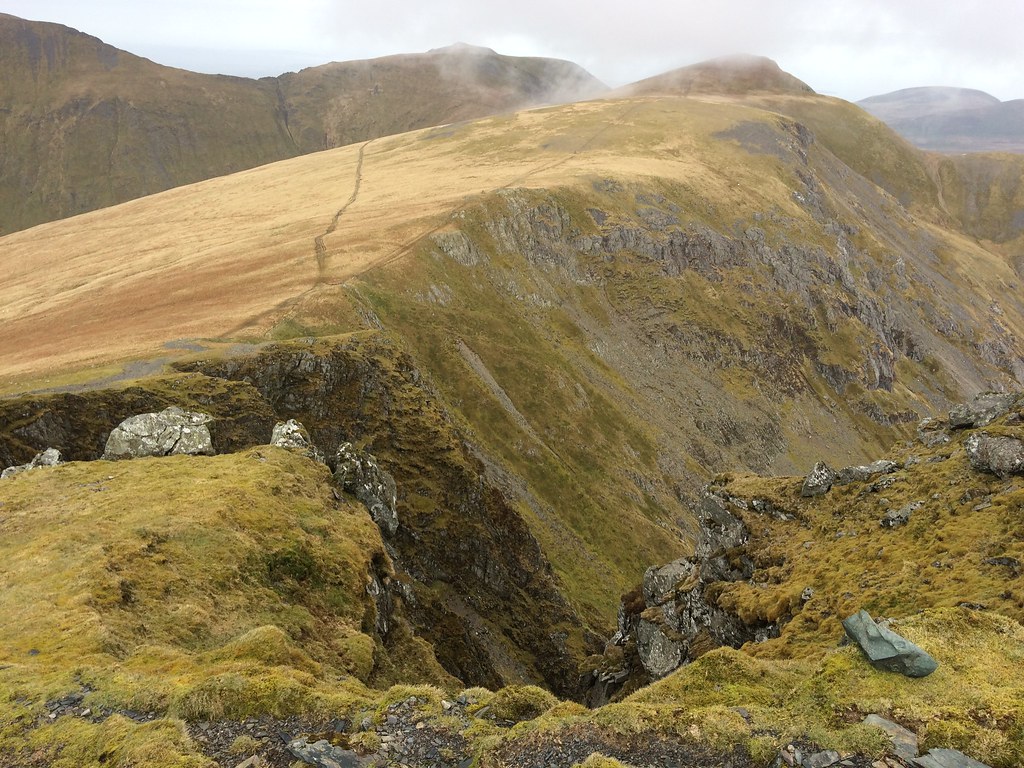 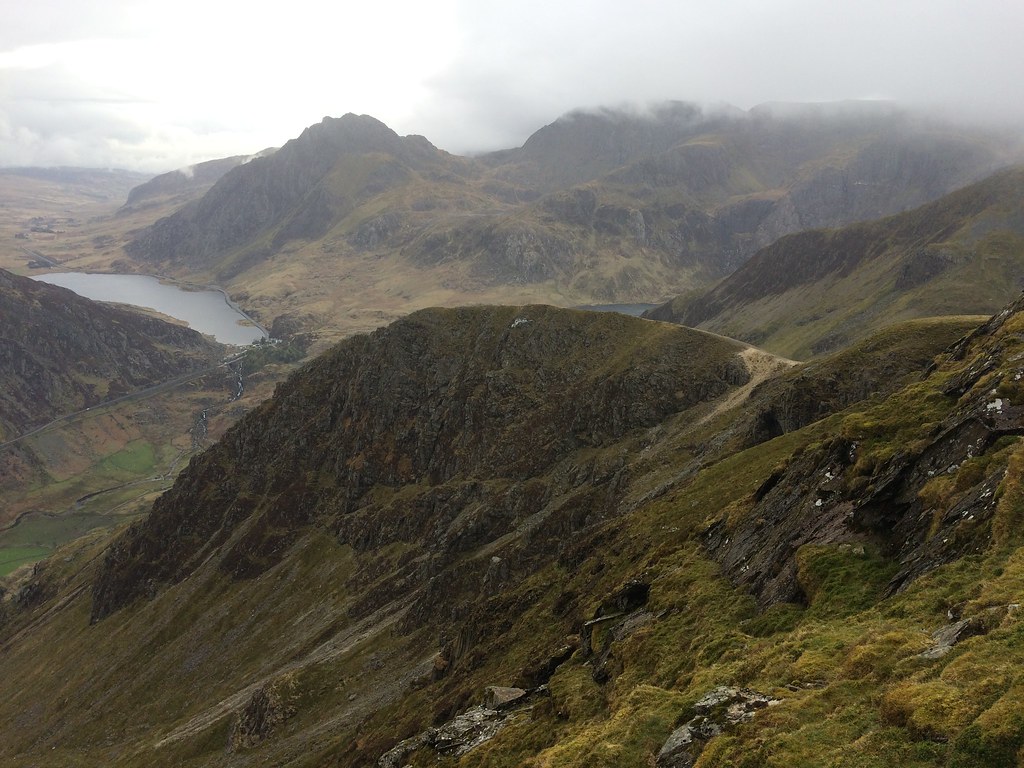 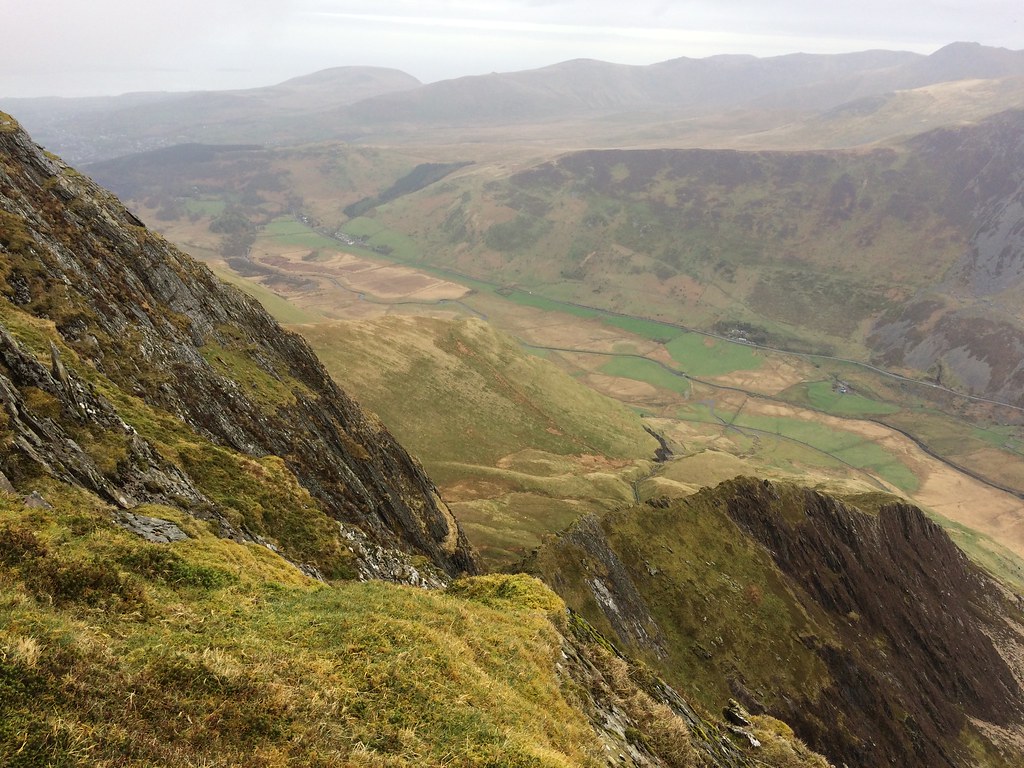 Rather than make a rapid, uncontrolled descent of Yr Esgair, I retraced my steps a short distance to the pleasant ridge of Y Llymllwyd, which is a nice walk. So nice in fact that a path seems to have developed here over the last 20 years. 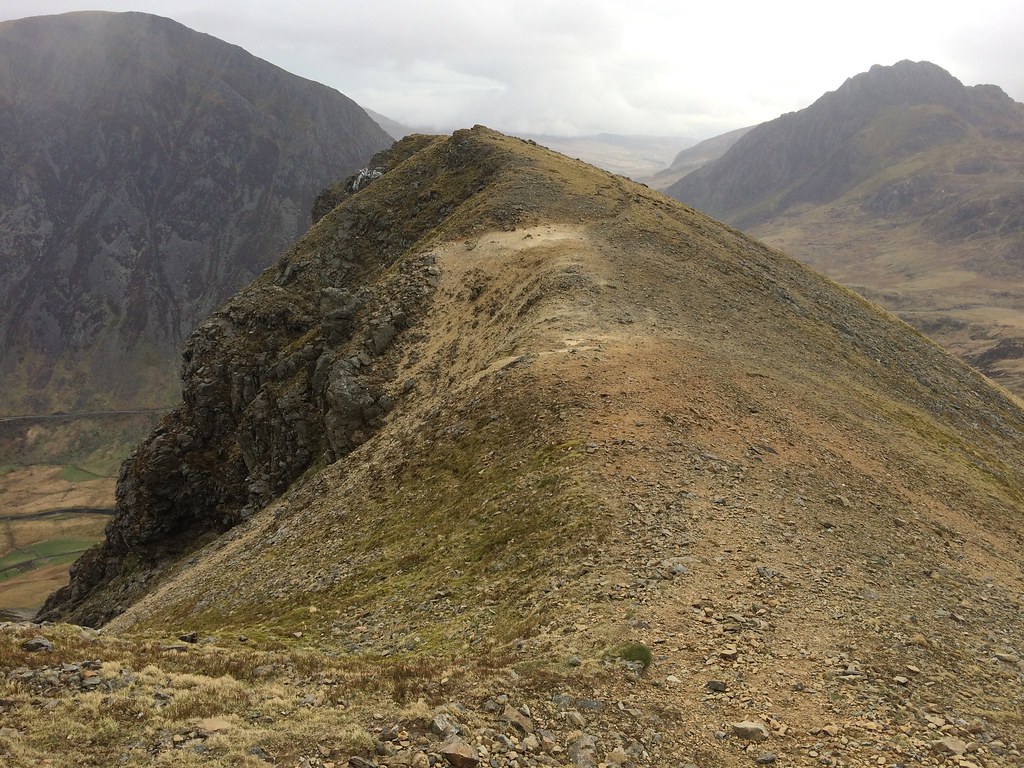 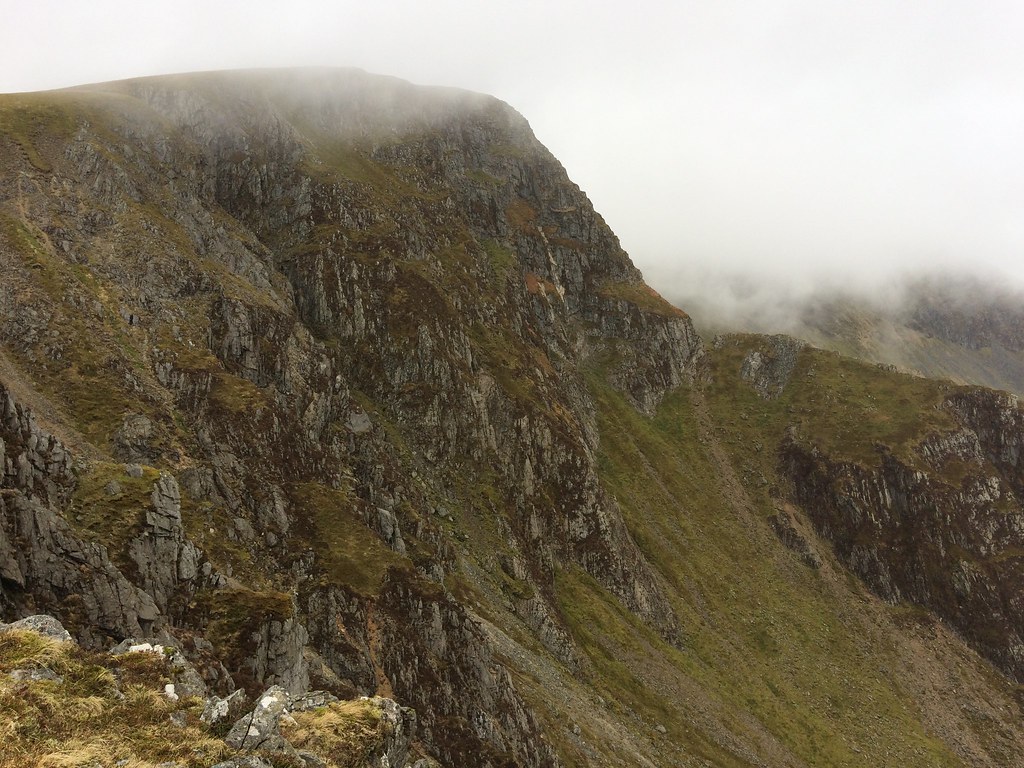 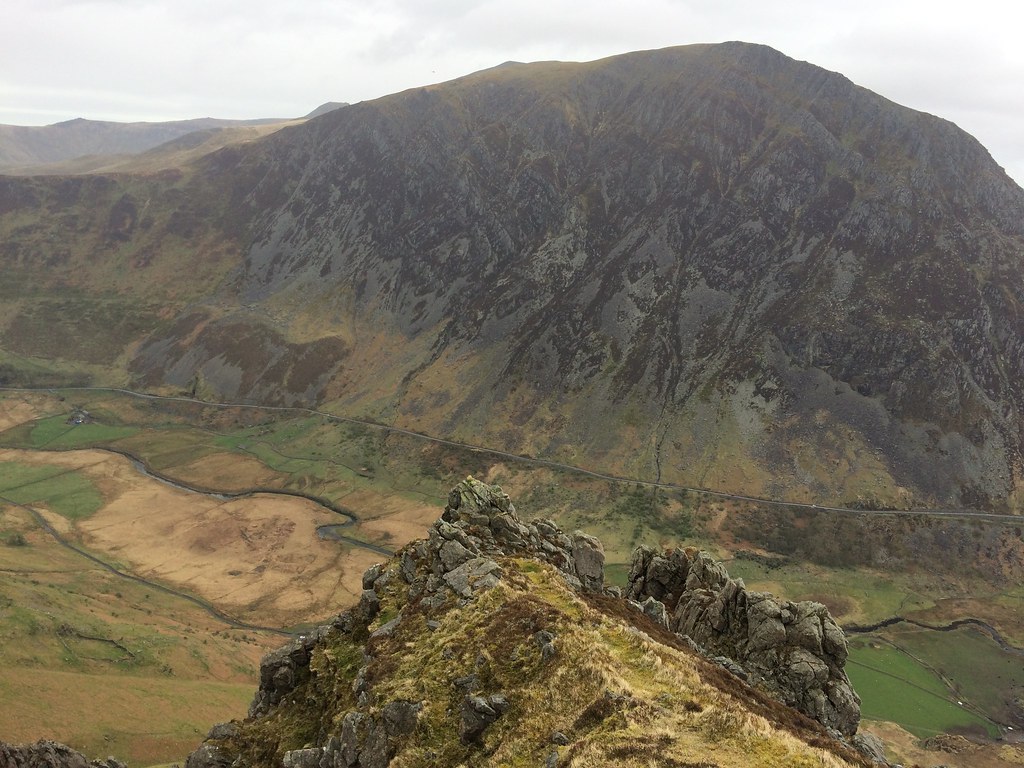 I descended and contoured across Cwm Cywion before making my way to the old road, popping out next to an outdoor centre 5 minutes from Ogwen Cottage. As I arrived back at the car, the rain started pelting down and didn't stop for hours. Window well utilised

. I spent the afternoon napping and caught up with some old friends in the evening. 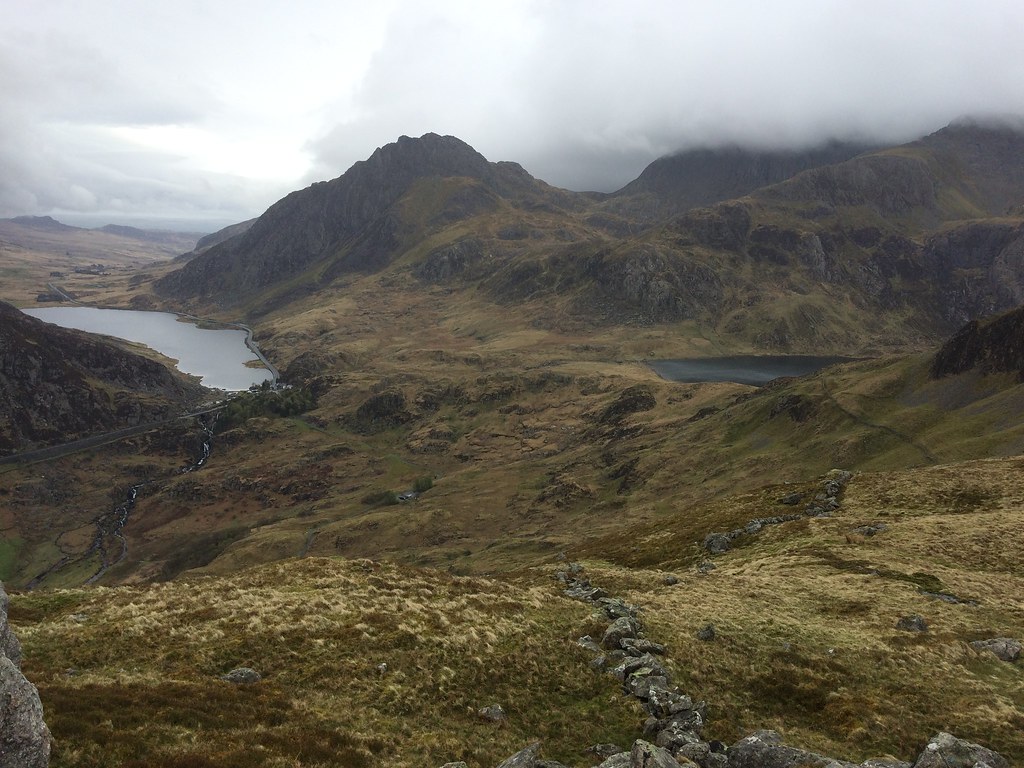 Fortunately the weather was nicer the following morning, when I cycled to the station in Bangor. In all the times I've crossed the Menai Suspension Bridge (probably most lunchtimes when I was at school), I don't think I've ever taken a photo. Daft, as it's impressive. 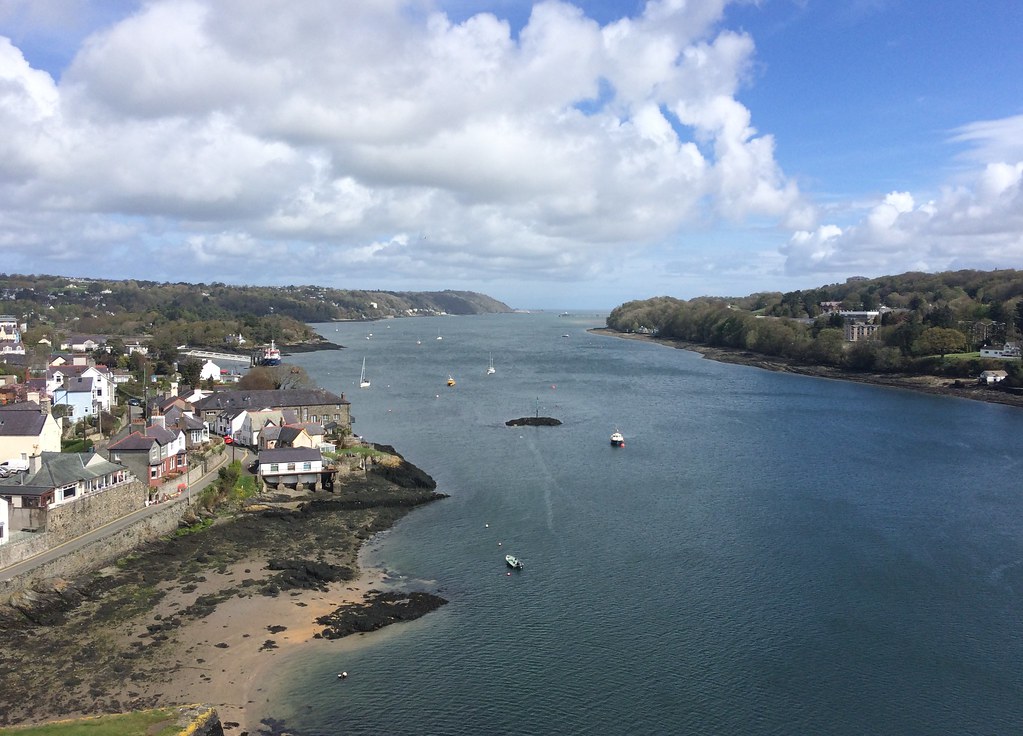 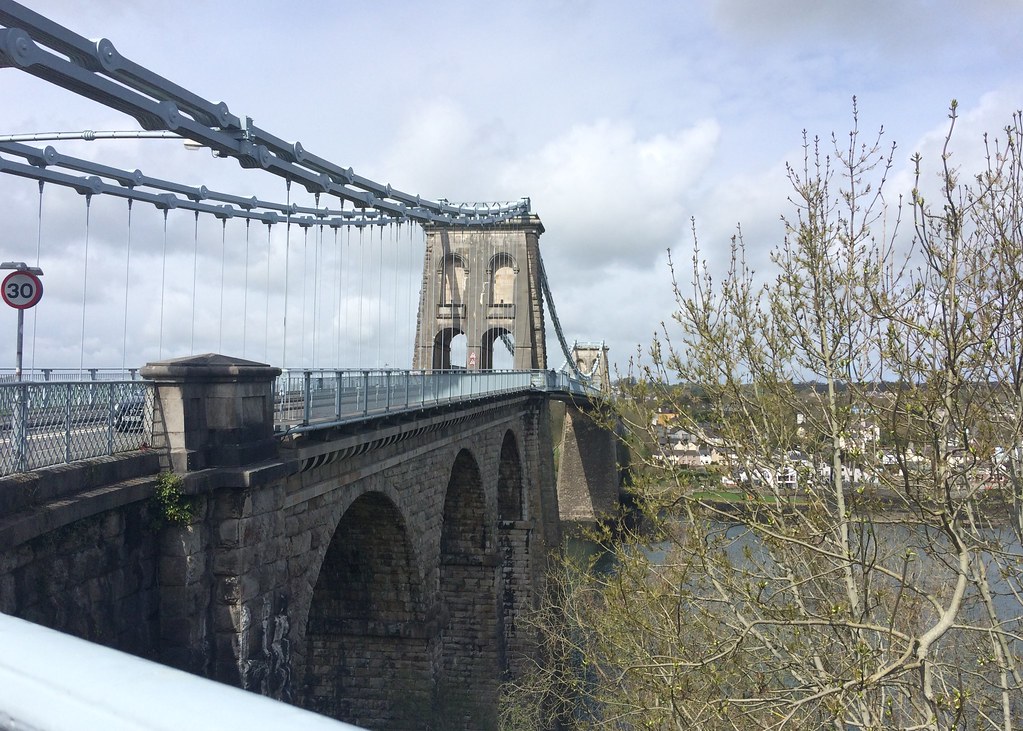 And that was the end of an all-too-brief trip to Wales. Hopefully the 5 year gap I had between 2012 and 2017 will not be repeated again.

Looks like a brilliant weekend! I particularly like the round with Y Garn. I thought I'd done every possible combination of routes in this area over the years; but not this one! Some really excellent pics - too many to list really, but I do especially like the Llyn Ogwen and Llyn Idwal pic.

I was a bit taken aback to read about Yr Esgair - again, I thought I knew of all the good scrambles in the area. But when I read the description in "Suicide in Snowdonia" I concluded that I'd written it off years ago: "Summary: A tedious approach to a blunt ridge ascended with loose and unpleasant scrambling above a dangerous start.!

Exposure I can manage, but not loose rock...

I thoroughly enjoyed this report