Ben Vorlich and Stuc a Chroin

Ben Vorlich and Stuc a Chroin


So after a very busy week at work I was really looking forward to this walk. I had gone out a few a weeks ago intending to climb both Ben Vorlich and Stuca Chroin however the weather was very poor that day and I only managed Ben Vorlich without any views at all for more or less the whole trip. This time mother nature was much kinder to us.
Ruby and I set off at around 0940 from the roadside at Ardvorlich House and although the weather at that point wasnt great it was certainly looking much better than last time.

After about 30 minutes we caught up with 3 other walkers (Rick, Billy and Billy's son). Our pace was similar so we ended up tagging along for a while. They had travelled up by car from Musselburgh to do this walk.
As an approach to a Munro I think this is my favourite so far. You can see the mountain ahead all the way and although you are climbing it isn't overstrenuous at the start which means you enjoy the view up to the mountain. a rainbow over lochearn 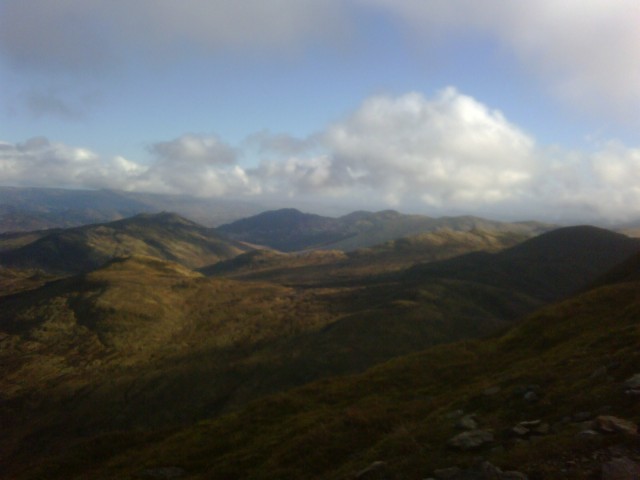 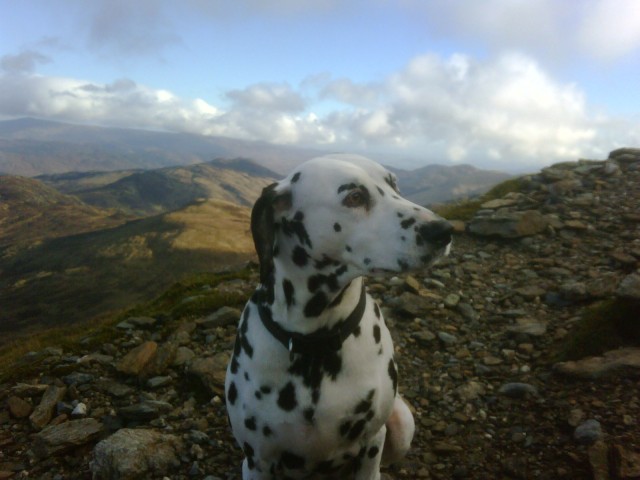 One of the aspects of climbing Vorlich that I really liked was that you can see the cairn stone looming above you as you climb up toward the summit - just out of reach! almost but not quite - knackered right now!

It was very blustery at the summit and cold too! my fingers were numb at this point so we (Ruby and me) set off quite quickly towards Stuc to see if we could catch up with Rick who had been in front of us. Billy and his son were about 30 minutes behind 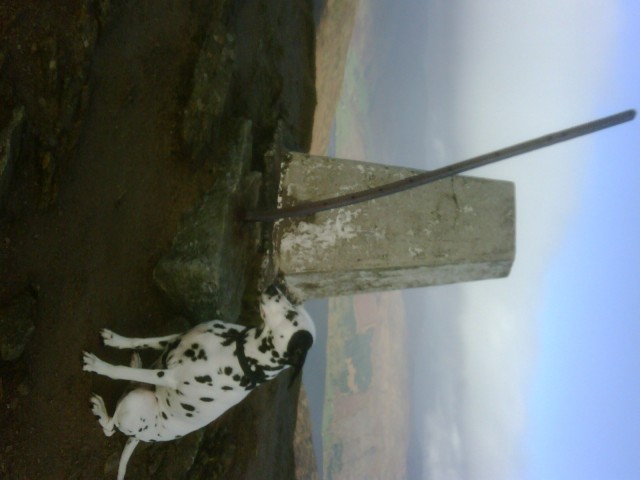 ruby waiting for her reward! View across to Stuc

Descending down I spotted Rick about 20 minutes ahead and whistled to him. He obligingly stopped and waited for me to catch up. I was a bit relieved to be honest as based on the WH walk report I didn't fancy climbing up Stuc on my own (dealing with heights isnt one of my strengths!). After crossing the Beleach we had a little debate about whether to head up the grass scree or take the more difficult route up through the boulder field/scramble. Now at this point I could have played the "Ruby doesnt climb" card, but I know that she is a much better climber than me! So off we went through the boulders!! Apart from one section which I wasn't comfortable with and did play the "Ruby cant make this climb bit - honest!" we managed the climb without incident. (Rick was ahead of us here and managed to guide me to an easier section). We reached the summit just before 2pm. Unfortunately there was a bit more cloud cover and so the views were a little restricted. 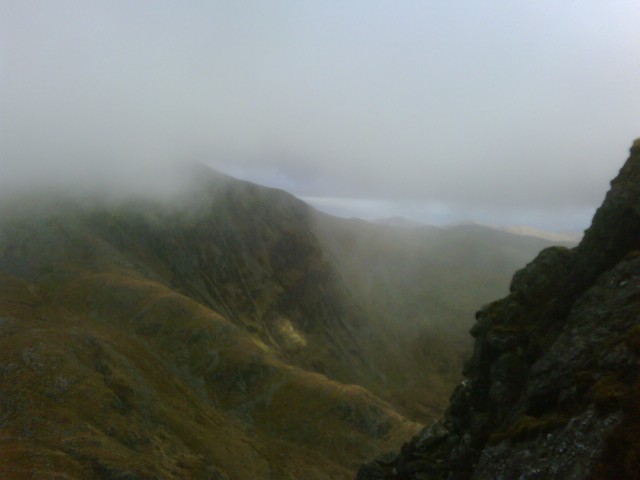 about halfway up the Stuc scramble looking over to Ben Vorlich 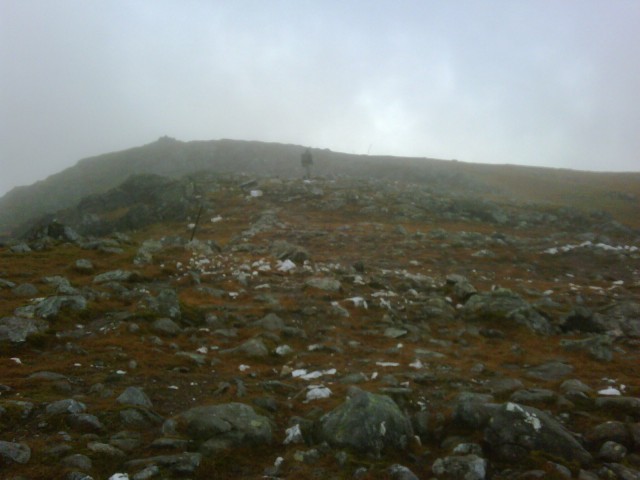 Rick heading to the summit cairn Rick at Stuc a Chroin summit There was no sign of Billy and his son following behind and Rick was a little concerned that they would be suffering from a bit of exposure back at their car as he had the keys or that they may be waiting to ambush him when he got back! But not to worry as we approached the lochside they were both there in high spirits and satisfied with their climb up Ben Vorlich. This was Billy's son's first munro (I think) and he was (quite rightly) delighted!

An excellent walk with great company too!

Well done on eventually climbing stuc .Was up there last weekend and we met a guy ,Ian ,and his dog Jake and funnily enough Jake probably managed the scramble better than us as well


Hey, that's the same Rick I met on the West Highland Way last month. He's a mountain goat isn't he, well done for keeping up with him and doing Stuc a Chroin as well

Thats a great walk report well done nowt wrong with them pics, looks a good walk might have a crack at these two next year though luv the dog
Happy days

Cheers to all fo the comments. Have to say that the forum reports keep me going through the week (praying for clear skies and no gales on a friday night Lol!)

Cheers to all fo the comments. Have to say that the forum reports keep me going through the week (praying for clear skies and no gales on a friday night Lol!)

know what you mean, I spent most of my week's annual leave doing a stupid essay that I can't make head nor tail over, and feel I missed out on some gorgeous weather being stuck indoors....

jw - thanks for posting the videos much appreciated, I tried to take one with my BB but the battery was low.

Well done. Ruby is looking good as your are yourself. Wish I could join you for the walks but I doubt if my legs would make all of them. Keep enjoying the walks.