I first climbed Screel Hill as a kid in the 1970s with my parents during one of many holiday breaks in Galloway but it would be 25 years before i climbed it again and since then i've revisited the hill about a dozen times but taking in its neighbour Bengairn only twice.
My last visit here was about 4 years ago and back then forestry operations had completely changed the base of the hills and altered the approach route to Screel. This time round i was to discover a newly constructed gravel path on the lower slopes and an altered hill path on the upper slopes.
When i pulled into the car park it felt like revisiting an old friend and despite the skies becoming very overcast i set off eagerly along the forestry track then followed the new path as it steeply zig zagged up the hillside and into what was left of the forest. 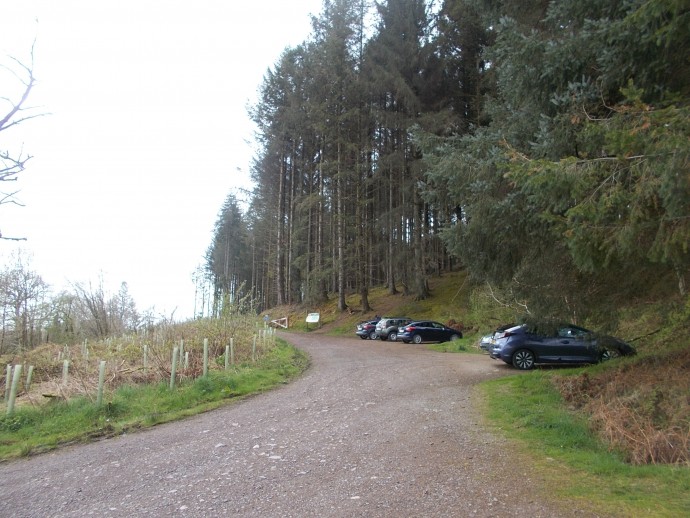 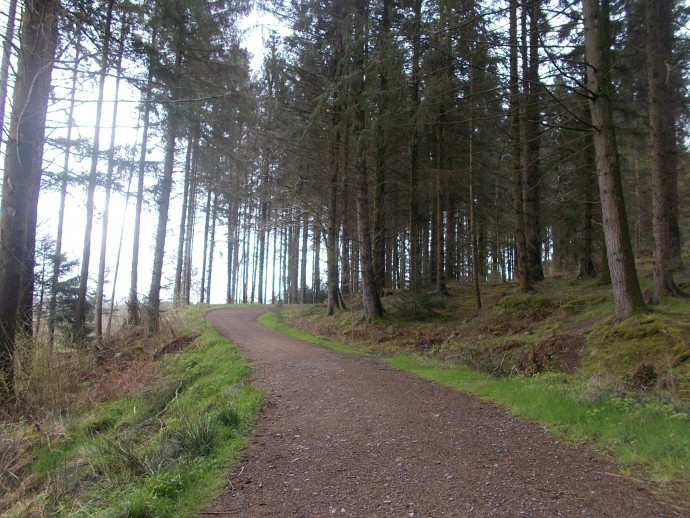 The path enters the trees

The path through the woods was business as usual with mud and slippery tree roots everywhere and when i emerged on to the open hillside a brief rain shower soaked the already sodden path. The final approach to the summit ridge seemed to follow a different course with much of the short rock scramble part missed out and before long i found myself on the rocky eastern part of the hilltop looking over Auchencairn Bay and the Solway Firth.
As i made my way along a very waterlogged ridge to the summit the skies were clearing nicely but a strong cold wind made sure this wouldn't be a t-shirt day ! 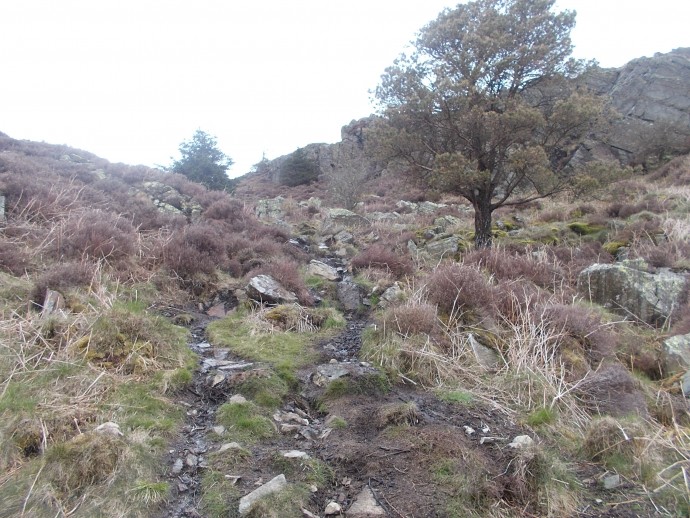 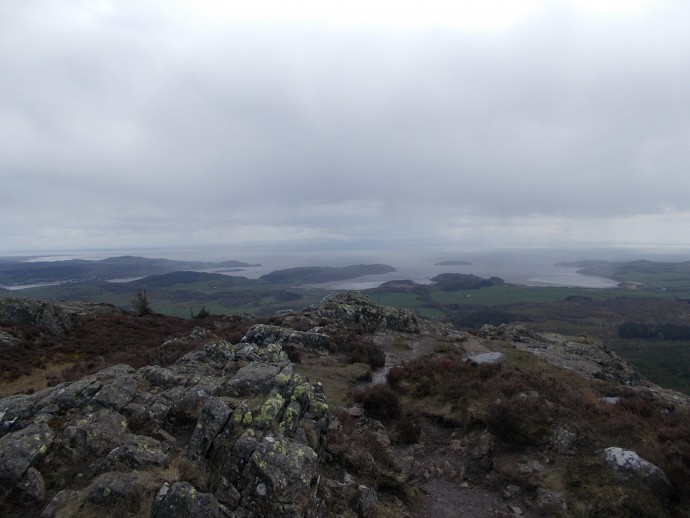 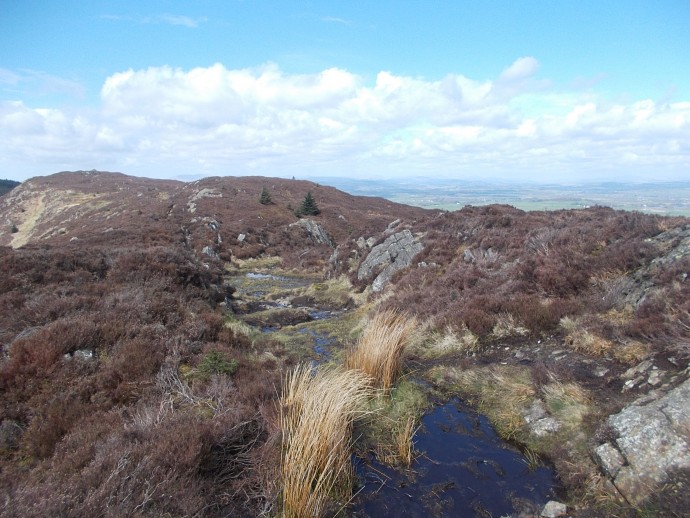 Path on the summit ridge 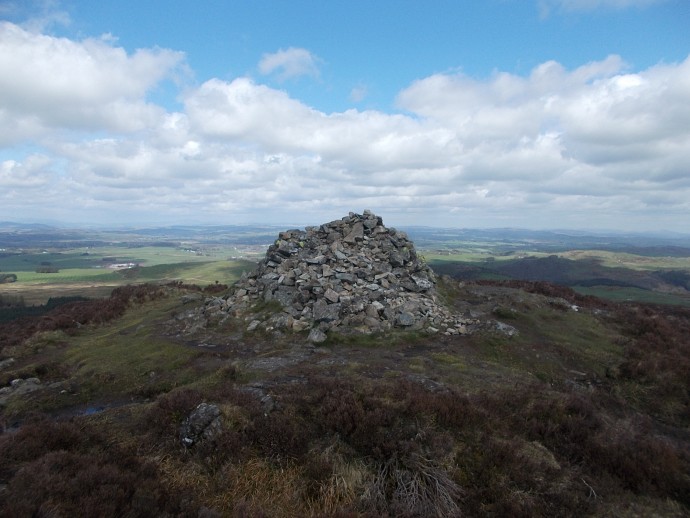 I reached the Screel summit cairn an hour after leaving the car and quickly set off down the back of the hill towards Bengairn just in case the weather decided to change.
The terrain between Screel Hill and Bengairn has changed quite radically in the last 8 years going from densely packed forestry to an area of clear fell with rotting tree stumps and water filled hollows everywhere. Back in the day the route to Bengairn followed a drystane dyke near the base of Screel which avoided the trees and led out to the open hillside. I checked that old path and found it completely waterlogged so instead i followed the new slightly less wet path over what looked like old caterpillar tracks going through the clear fell. This path is quite faint and haphazard but Bengairn is so close that you can't really miss it and once you reach another drystane dyke with a gate the Bengairn path becomes far more obvious but no less boggier ! 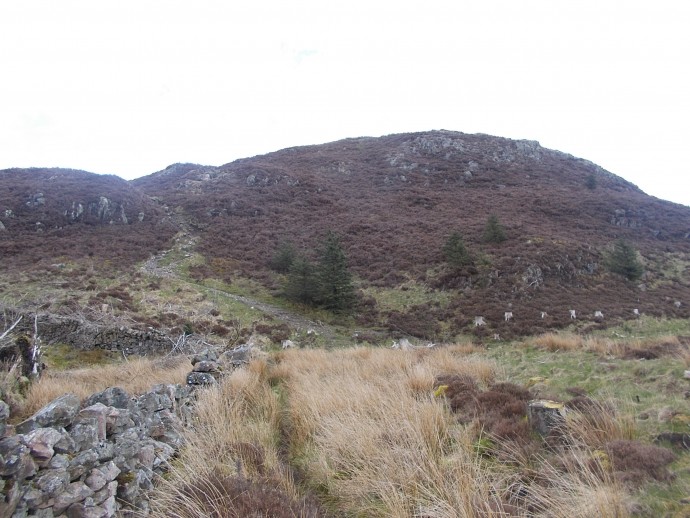 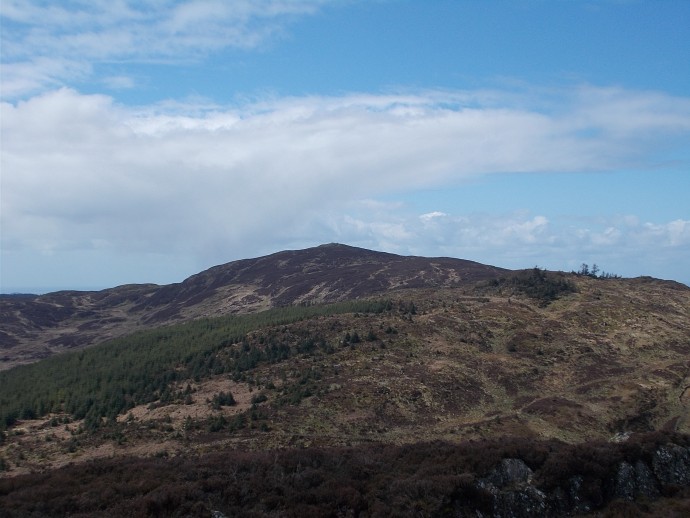 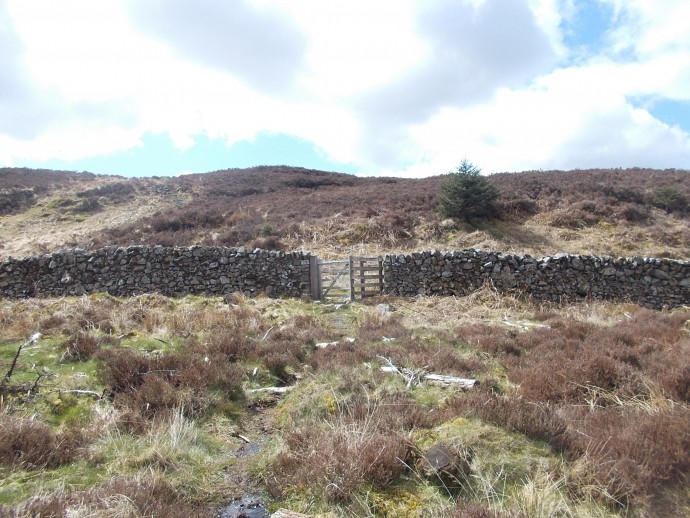 Exactly 45 minutes after leaving the cairn at Screel i was standing at the cairn on Bengairn looking out to the same kind of views of the Solway but with clearer skies and the addition of Cairnsmore of Fleet in the distance.
After a lunch spent huddled behind the cairn wall surrounding the trig pillar i quickly retraced my steps down to the base of Screel and joined the forestry track which skirts round the side of the hill and back to the car park. 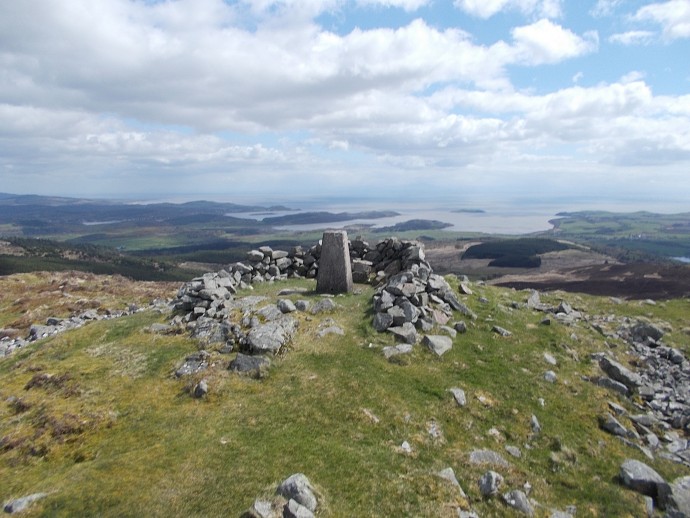 Summit of Bengairn from a higher cairn 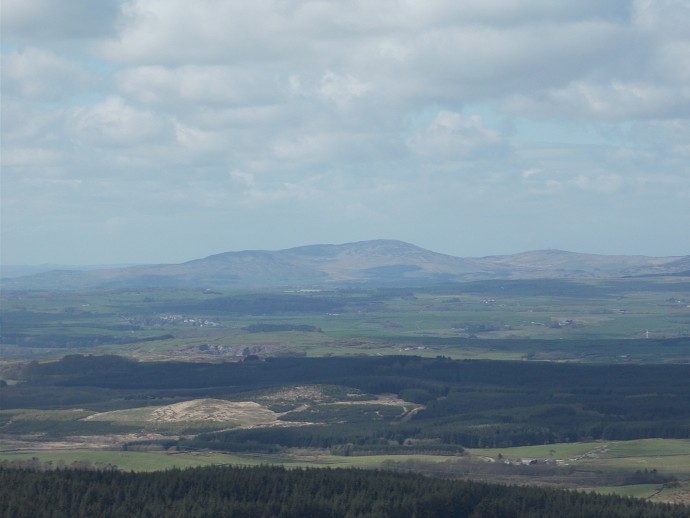 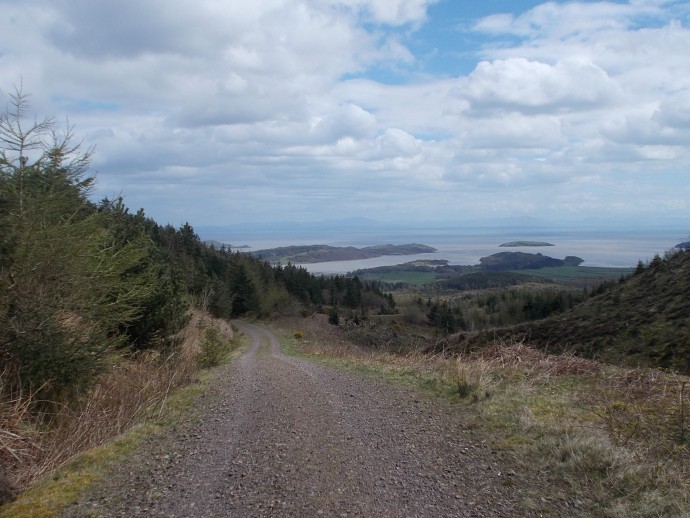 The large areas of clear fell and the new path on Screel has done much to diminish the character of these wee hills but they're still hanging in there !

Great wee report - I liked Screel as it felt like a proper mountain in miniature. The only time I've been up was with a friend who lives right beside it; I really wanted to add Bengairn but had to admit that it would be dark by the time I was back! We went up Bengairn in the mist - must have been close to 60mph winds too. Glad you were able to revisit an old friend; your pictures do it great justice