My walk, to take in Larg Hill (my last Donald in the Galloway Hills), was just over 11 miles long, but the weather was forecast to be pretty reasonable, with just the odd chance of a shower latter in the afternoon. A long two and a half hour drive from home took me to the start of the walk at Caldons in Glen Trool. I'd to follow the forest roads for a while to get to Nick of the Saddle, and from here I could go off road following fire breaks through the trees to get up onto the open hill, and climb to the first high point of Craignaw. On the way, there is some wonderful views over the Cree Valley, and more of the surrounding Galloway Hills. The highest of these, Merrick at 2766 feet (highest hill in the south of Scotland), along with a couple of other hills along the Rhinns of Kells, had a lovely fresh covering of snow on top. You could see it all gradually melting away in the warm morning sunshine. 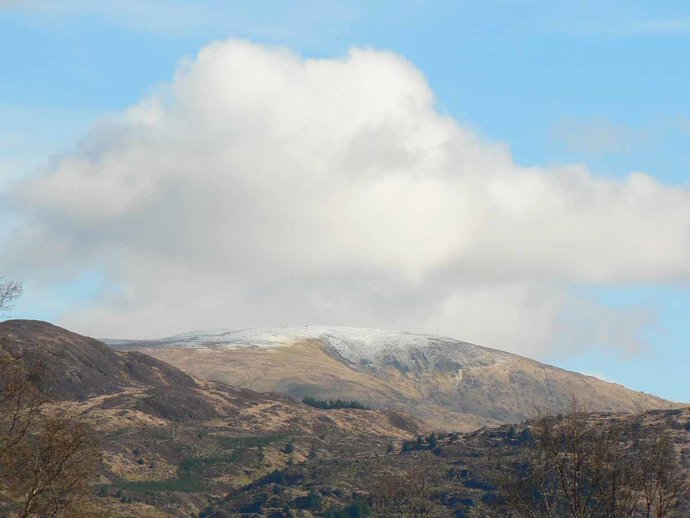 The Merrick with a covering of fresh snow 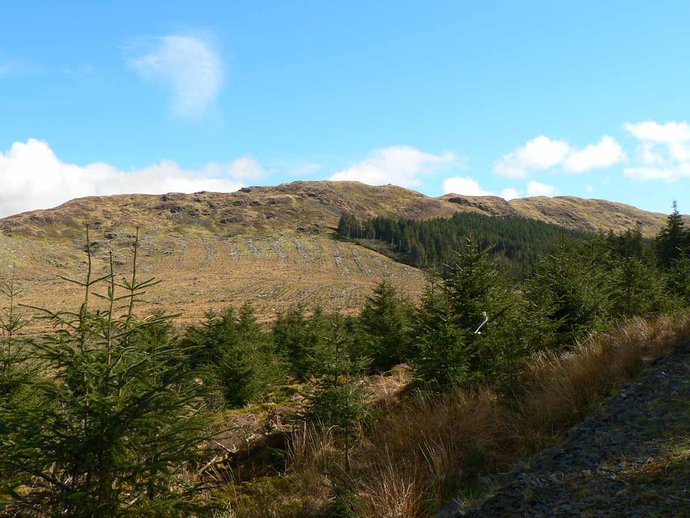 Craignaw from Nick of the Saddle

From Nick of the Saddle I didn't know what I'd be up against when heading along the fire breaks. Very difficult and overgrown? Totally impassable due to fallen trees? But no, the walking was very good and easy, and all the trees to the left had been clear felled, so I could see the route ahead, and knew I'd have no trouble. My route took me to the top of the lesser hill of Craignaw, where there were superb all round views, and my objective, Larg Hill, towering straight ahead. 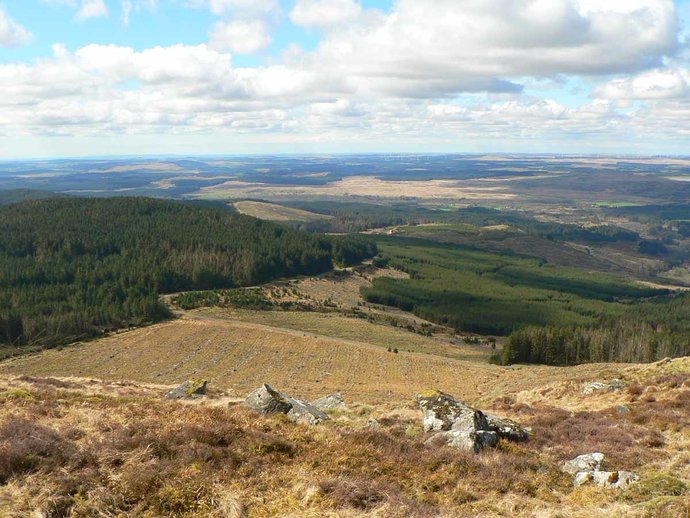 View over Nick of the Saddle to the Cree Valley 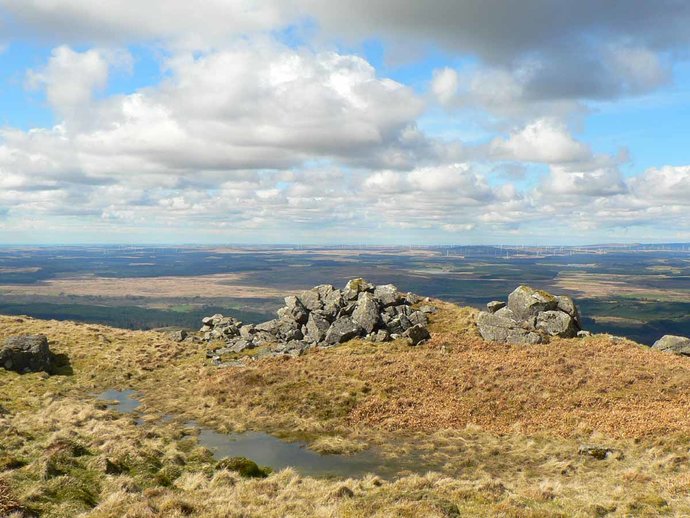 From here it was down to Mulmein Moss and up towards Nick of the Brushy, at the coll between Lamachan Hill and Larg Hill. After around three and a half hours from the start, I reached the summit. The views were incredible, the weather was very clear, all the Galloway hills lay before me, with long distance views all the way to the English Lake District, the Isle of Man, Ireland, Mull of Galloway, Mull of Kintyre, Ailsa Craig and Isle of Arran in the Firth of Clyde...superb. Bennan, Benyellary and the Merrick from Larg Hill Over Garlick Hill to Wigtown Bay 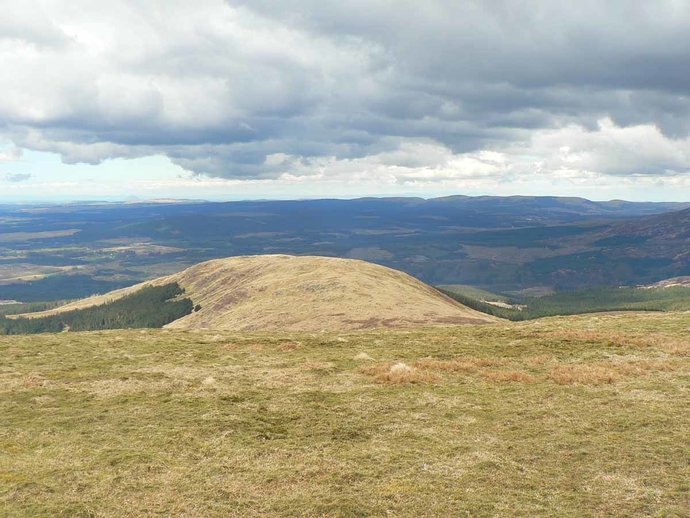 View back over Craignaw and the Cree Valley

For a bit of variety I decided to return a different way, so opted to drop back down to Nick of the Brushy. I then climbed the higher hill of Lamachan Hill at 2352 feet. (I’d climbed this before, so not counting to my Donald total this time). Great view right along the Rhinns of Kells from here. The weather had been frosty when I left home at half six that morning. It was warm and sunny all the way to Larg Hill on my walk. Then it had been cool at the higher heights. It really was four seasons in one day, for it had now got cloudy, with some passing showers moving along Glen Trool far below. The very edge of one of these showers got me on Lamachan Hill...falling as snow!!! 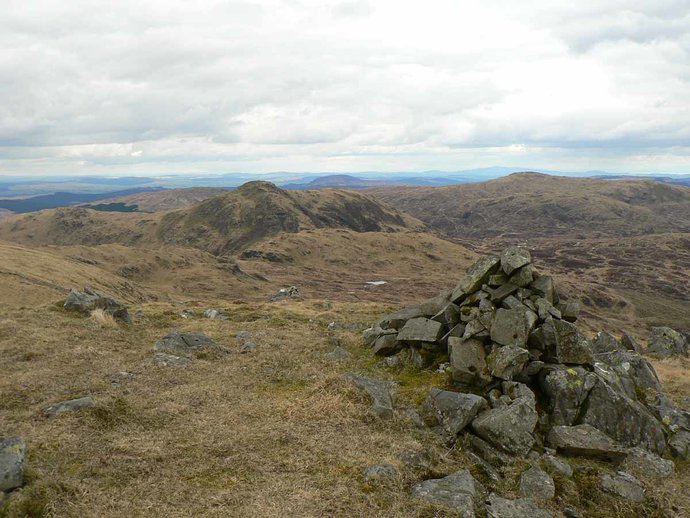 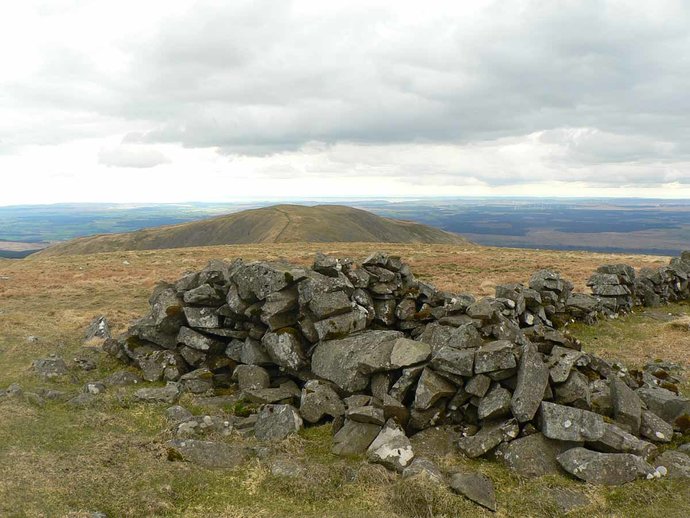 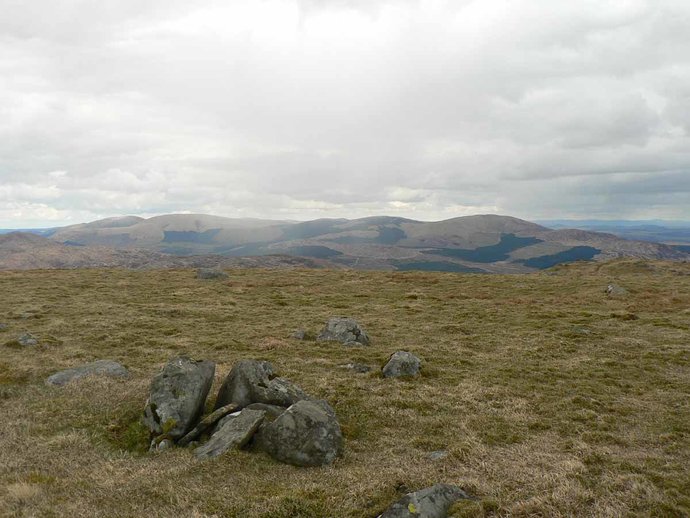 Now for my return I followed a stone wall which would take me down to the Caldons Burn. I knew this burn could be followed all the way through the forest back to Caldons. 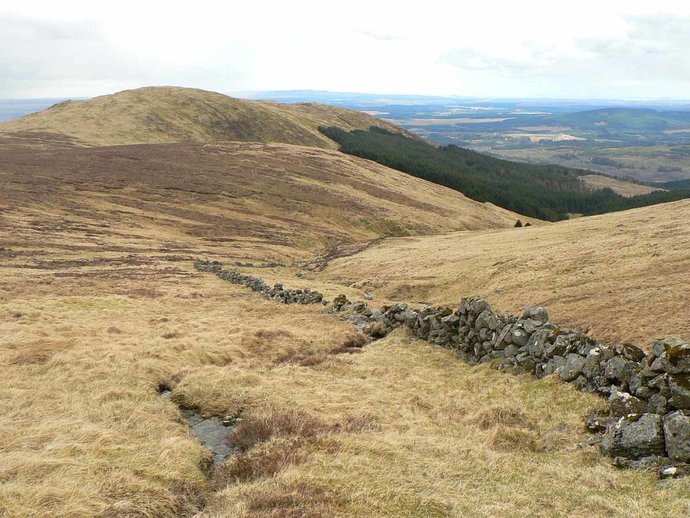 The walking alongside the burn was mainly good, but some fallen trees at one point meant I'd to cross to the other side. The burn was wide and deep with slippery stones, so not the easiest of crossings. But I got over okay, but this meant another crossing further down after passing the fallen trees. (You have to be on the west side of the burn at lower levels, where there's a faint narrow path. East side isn't passable). This time my luck was out, and I ended up with a water level higher than my boots...the result? Cold wet feet!!! 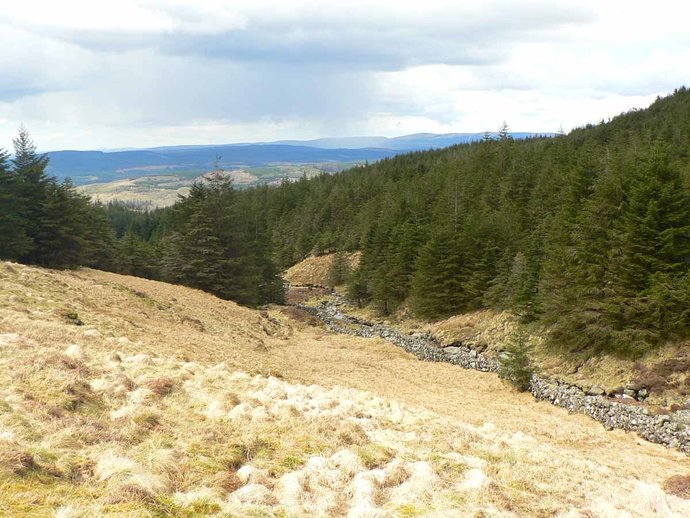 Following the Caldons Burn through the forest Looking back up the Caldons Burn

Beyond that, it was a straight forward walk back to the car at Caldons. There was however one incident along this section...I was chased by geese at Caldons House!!!

They were noisy when I approached, then as I walked past, they went for me...so be warned, don't walk past here with shorts and bare legs! As I walked this on a nice weather Sunday, I’d half expected to see others out on the hills, but saw no one on the entire walk…had the whole place to myself…and it was great. 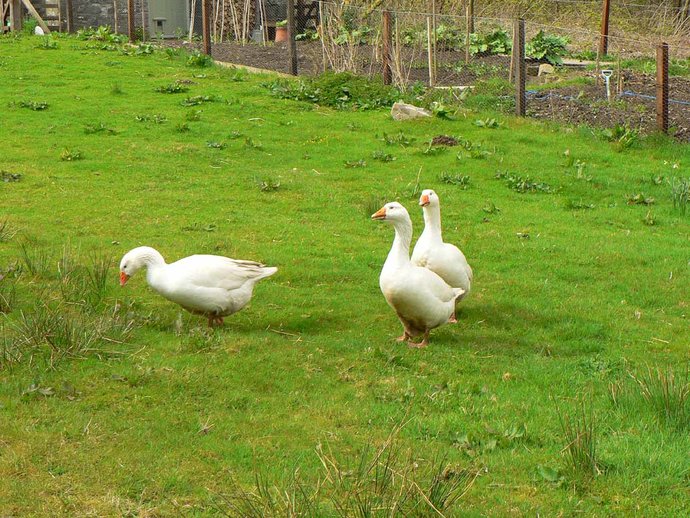