A sunny day in Glenshee - Glas Maol and Creag Leachach

A sunny day in Glenshee - Glas Maol and Creag Leachach


We had planned to tick off Ben Chonzie as the year's first munro, but reckoning two bags would provide a better ego boost than one, we headed northwards instead. The car would undoubtedly have preferred the road to Ben Chonzie, however she did a fine job of transporting us up to our 670m starting point. Before getting the chance to pat her on the bonnet and promise we wouldn't come back here for a while, we were greeted by the familiar "gabba, gabba, gabba" of a black grouse. The first to spot one was promised a prize, and this game was won before even exiting the car.

After following the rocky path for a while, with the ski-tows not far from view, we came upon a large puddle where we were delighted to spot a frog. This was reassuring as we firmly believe it is good luck to spot a frog on a munro bagging trip. If the amount of frogspawn is anything to go by, the Cairnwell frog population will soon receive a healthy boost in numbers. 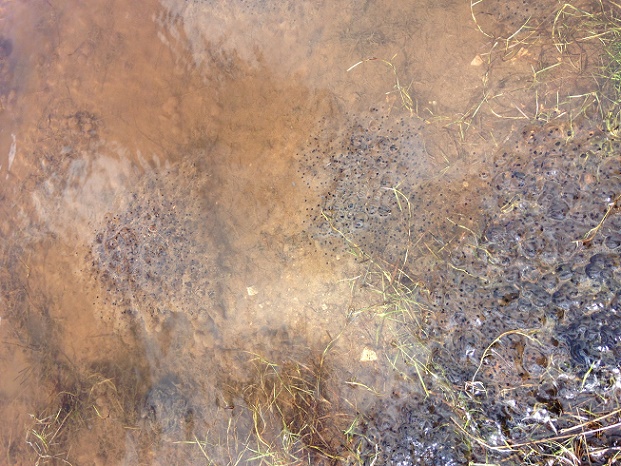 However, the ascent proved bittersweet as turning the corner we discovered the body of another frog. Unsure whether this cancelled out the aforementioned good luck, we held a quick funeral and constructed a small cairn grave. It was only later in the day that we began to worry - what if it wasn't dead and only stunned? We'd never even considered that. 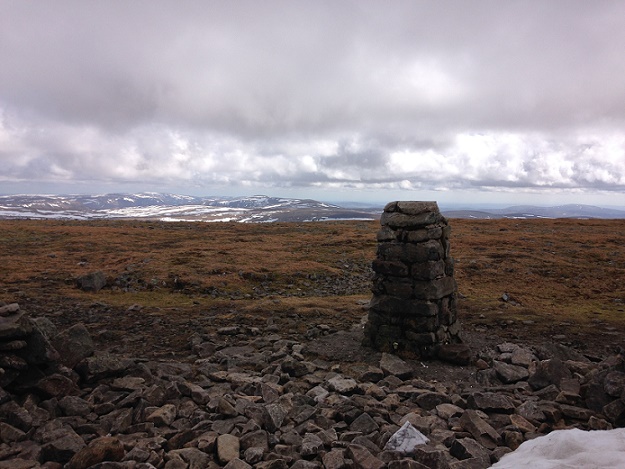 After a wee seat in the well contructed shelter, we followed a track and joined the bealach which led to Craig Leachach (does that rhyme?). The ground was surprisingly dry and we only had to cross one small dod of snow and a slightly bigger dod of rocky ground to reach the summit. We were tormented en route by the song of an invisible bird which was, impressively, calling from north, south, east and west simultaneously, evoking memories of a similar incident on the other side of the Cairnwell pass almost exactly a year ago. The bird remains unidentified - perhaps we'll get another shot next April. The visibility was fantastic, providing great views across the neighbouring glens. 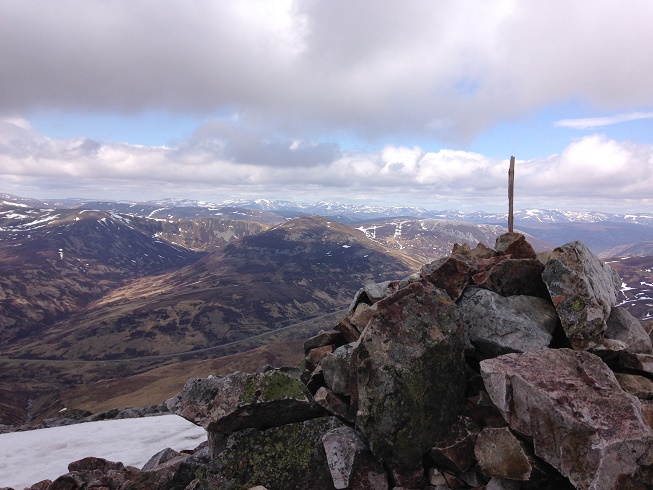 On the descent, our gloating on discovering a handy shortcut was short-lived as it led us into a gargantuan snow patch which we didn't fancy crossing, and forced us to ascend an unexpected 100m after officially entering that "100% descent" mindset. On the plus side we spotted this snow cave, perhaps the home of the mystery bird. 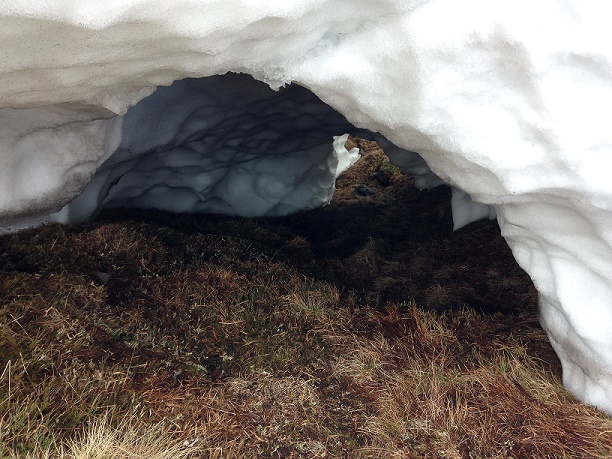 About half an hour from the car park, I glanced back up Creag Leachach and my heart skipped a beat as I cried out - "I don't think we actually went to the summit!" This terrifying feeling is really worthy of its own word, I must find out if it exists in other languages. I was quickly reassured it was all a trick of the mind, but being only about 95% convinced, I couldn't help but cast my eyes backwards another couple of times during that last mile. We spent some time lamenting the lack of mountain hares and speculating upon their whereabouts during the breeding season, but caught a glimpse of one bounding along just in time to restore our faith.

These munros may lack spectacular features, and are more often climbed along with Carn an Tuirc and Carn of Claise, but I found this to be a very pleasant and relatively straightforward route which I would do again.

We enjoyed a few drinks that evening - to celebrate the first trip of the year, but more importantly to ease those niggling fears about stunned frogs and non-attained summits.