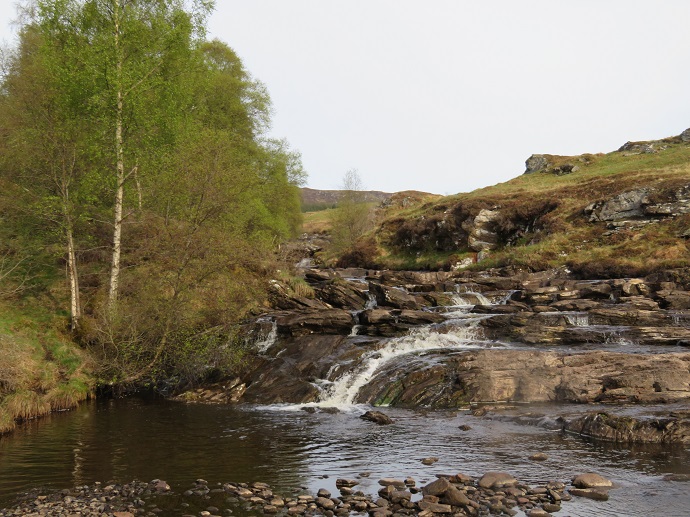 Shortly after crossing the Brerachan Water a rather shoogly looking bridge is passed. 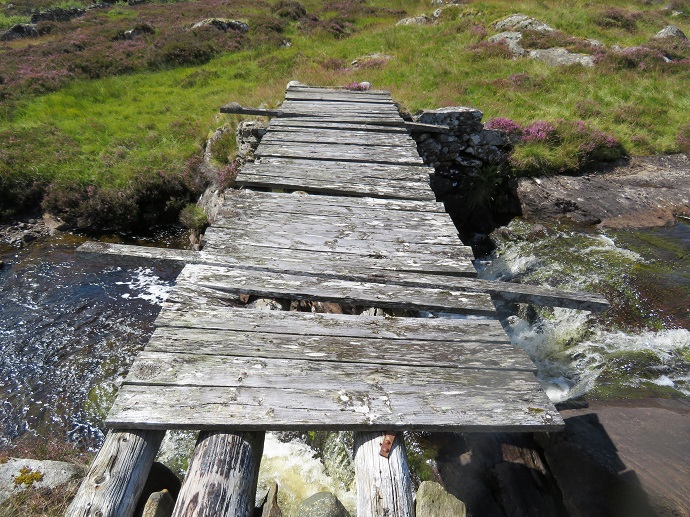 Shortly after this rather large boulder I found AL2 at grid NN 980 654. Just slightly further on at grid NN 979 656 I found what I think is the remains of Stronadrium. I followed the water up past Stronadrium as far as the col between Crochton and Cnoc Dubh but could not find a stone marked AL3. I decided on the return to look for AL4 instead. I reckoned that the 157yds/143m in a WNW direction from the water would equate to approximately 120m. So I headed back to Stronadrium trying to keep approximately 120m from the water. So I searched the entire E side of Cnoc Dubh for AL4 but with no joy. A thought came to me that if AL2, which I had found, was exactly as stated and in a straight line SW from AL1 then if I reversed it I may be able to find AL1. I went back to stone AL2 and headed NE uphill to the col between Creag Chlacharnach and Crungie Clach. From there I scoured the lower slopes of Creag Chlacharnach looking for AL1 but again with no joy. The problem in this area is the amount of erratics, boulders left over from the retreating glaciers in a bygone age. This last time just for a change I returned back over Crungie Clach and Crungie Dubh rather than just coming back down the glen. 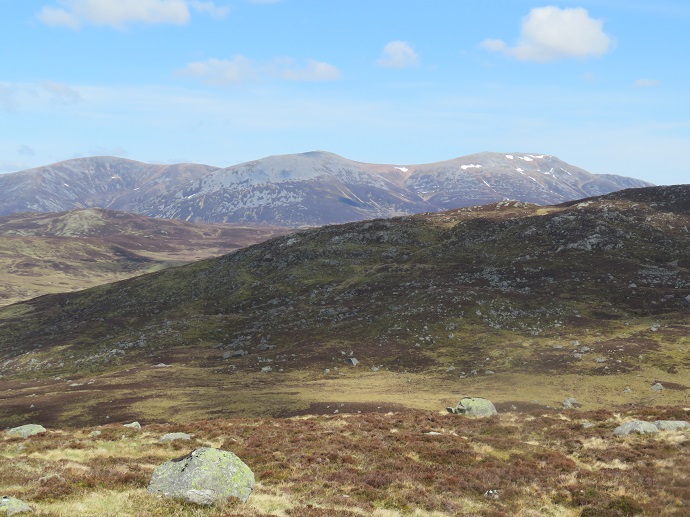 It does not help that since 1763 names have changed and there is now no Druiminagach (ridge!) or Knockvalon marked on the maps.
Anyone been in this area before and can give any advice it would be most welcome