This walk starts from the cut off to Dalnamein Lodge where parking is found between the old A9 and the new A9.
Cross the new A9 and follow the track around to the left. On your right will be an even older stone bridge which is quite magnificent with the water running through it. 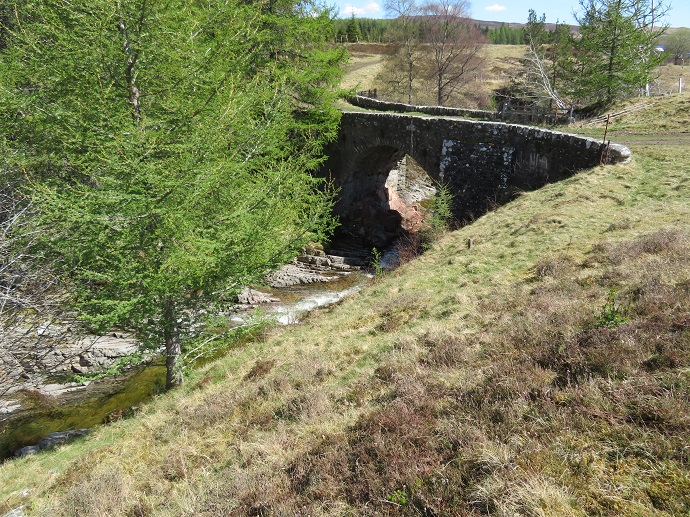 In the Summer on the flat ground just past the bridge there is often a multitude of bee hives. 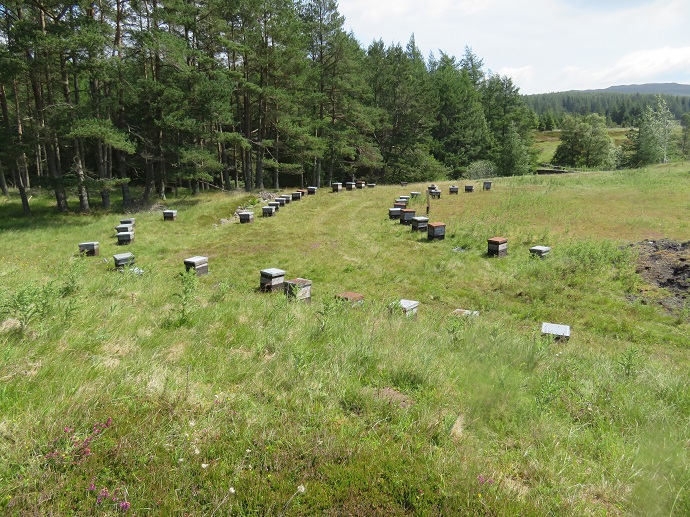 Lots of lovely honey being made

Roughly the next kilometre is spent going North through the forest.
Once you are out of the forest and have made some headway along the track you will see in the distance the remains of Ruigh Chail / Glas Choire Lodge. First you have to descend down to the Allt Glas Choire and cross it by a modern concrete bridge with the sparse remains of the old one slightly downstream.. 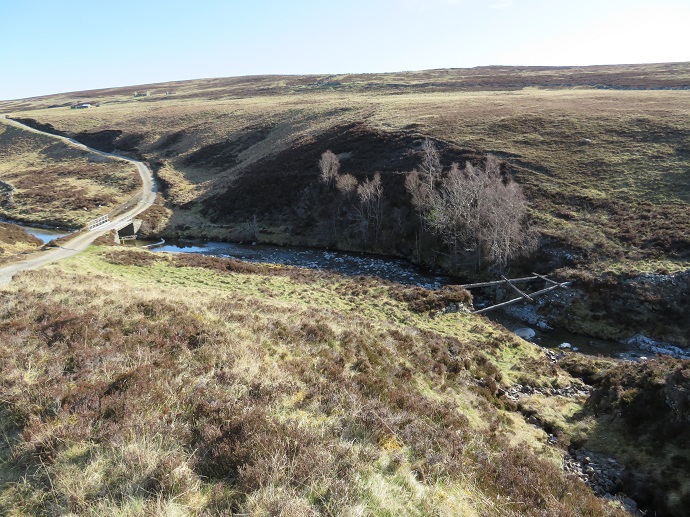 It is then a case of up the other side and carry on North passing the remains of Ruigh Chail and Glas Choire Lodge. 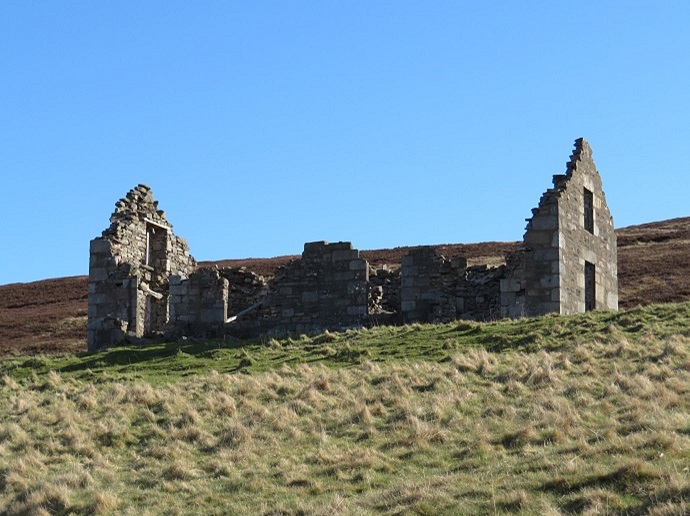 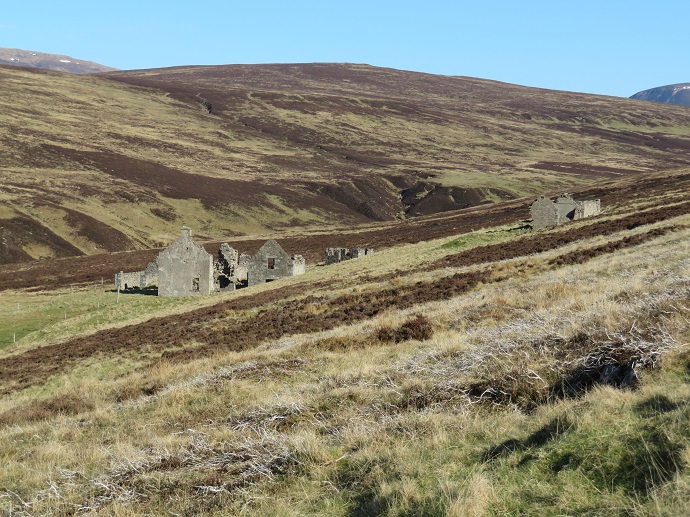 Slightly after this the track splits and we take the left hand track.
After just over a kilometre you will pass a dam and aquaduct. 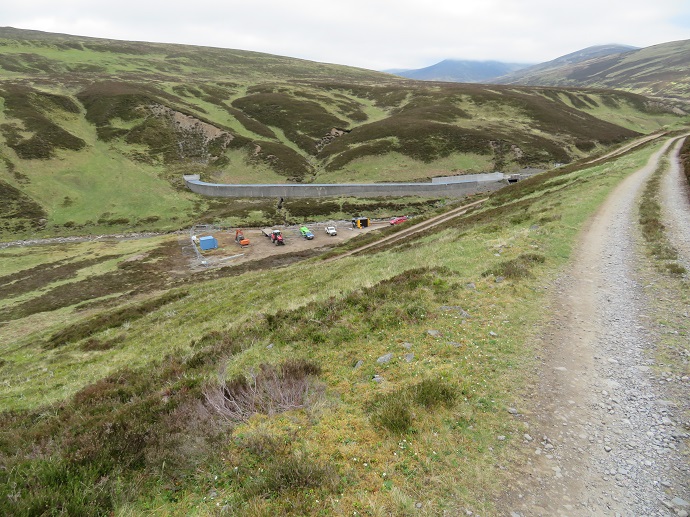 Dam and Aquaduct I 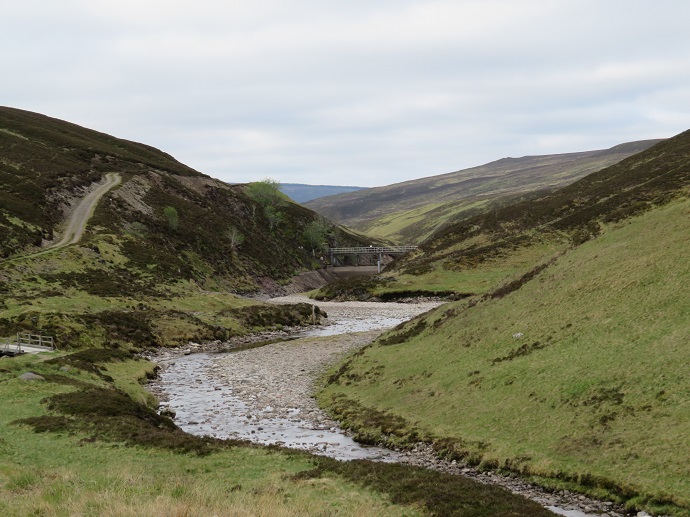 It is then a case of crossing the Allt Dearg which comes in from the right and following the track in a general North West direction until it starts to climb the hill in a Northerly direction. My 2004 Explorer map shows the track finishing at the 680 metre contour but it does in fact go on over the 793m point, the 753m point and stops about
NN 751 791.
From any point after the 753m mark make your way North heading for point 840m. From this point you want to head North for a few hundred metres before heading West downhill to the col at 752m. Slightly uphill at grid
NN 742 800 will be the remains of Loch Treig Bothy. 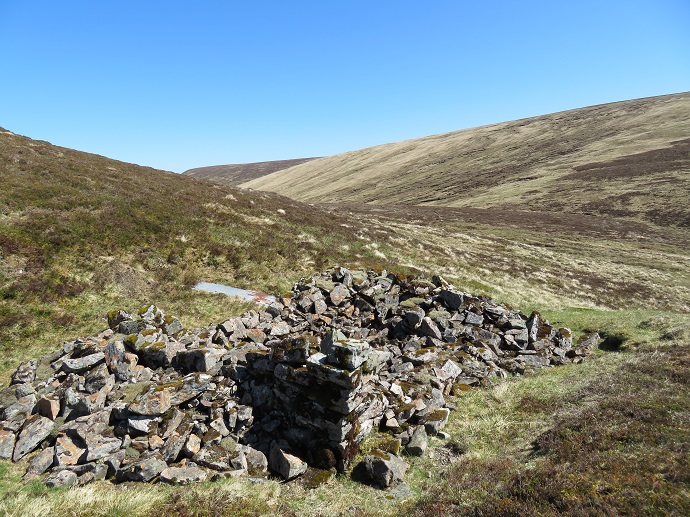 When I was there last there were hundreds of tadpoles in the pool next to the ruins. 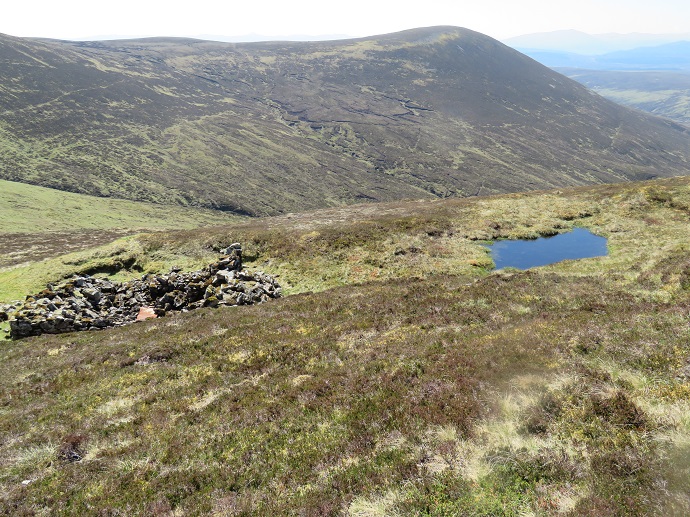 You may be thinking why is this called Loch Treig Bothy when it's no place near it - well there is a story behind it.
The bothy gets its name from a Calvine man, Donald McMaster , who returned home one Spring after Wintering his pigs in Morayshire and noticed a strange sheep among his flock. He put a halter on its neck and walked it over 50 miles to Loch Treig to return it to its rightful owner.
This is what was called a 'watchers bothy'. The bothy is situated like other watchers bothies right on the county march with Inverness-shire. A watcher or herd was paid £5 for a seasons watching which could be up to 3 months living night and day in the remotest part of the glen. His function was to look out for deer, try to ensure that herds did not stray across the boundary into Badenoch and another lairds land, plus to watch out for poachers.
From Loch Treig Bothy ascend just North of West to point 867m on Creag an Loch. 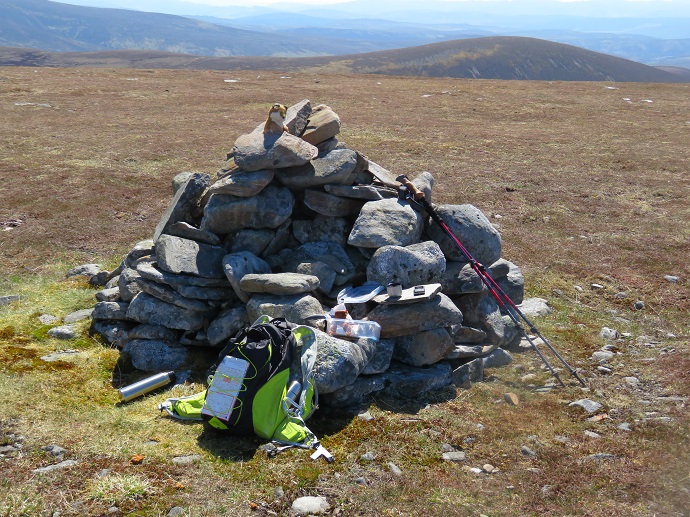 From there it is a simple walk out to the summit at 875m. The ridge is easily followed back past point 867m to
An Sligearnach which should be descended directly South. 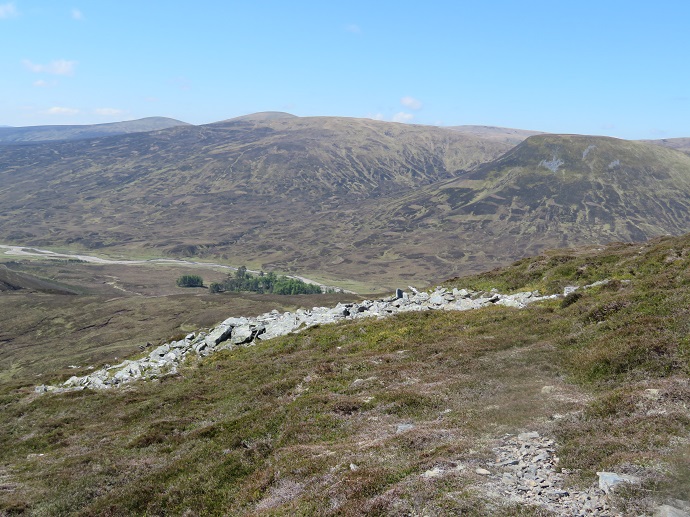 Eventually, at the junction of two streams you will come to the remains of the Red Bothy at grid NN 733 773.
This used to be known as the Black Bothy until its corrugated iron roof rusted. 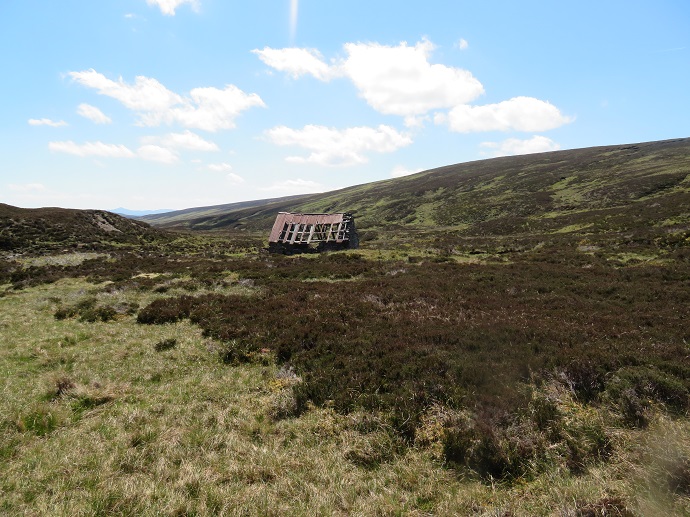 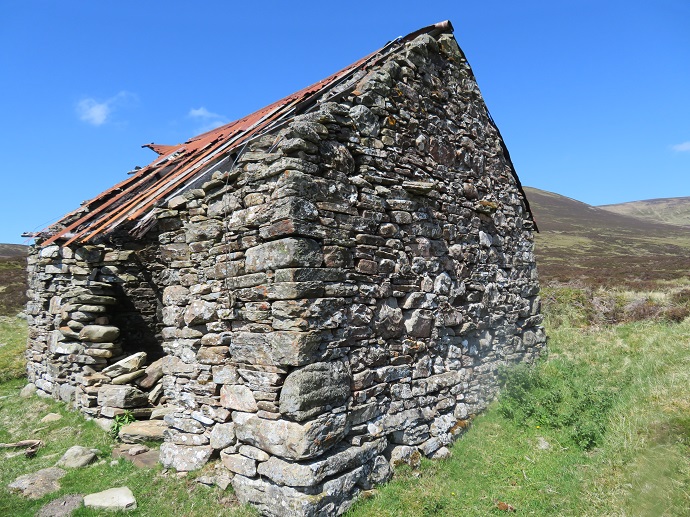 From there it is just a case of heading across rough ground in a South East direction to meet your inward track before it starts to ascend and following it back to the start of your walk.