This is another walk from Dalnamein Lodge and for the first three kilometres follows the same route as the Loch Treig Bothy walk as far as Ruighe Chail and the remains of Glas Choire Lodge. 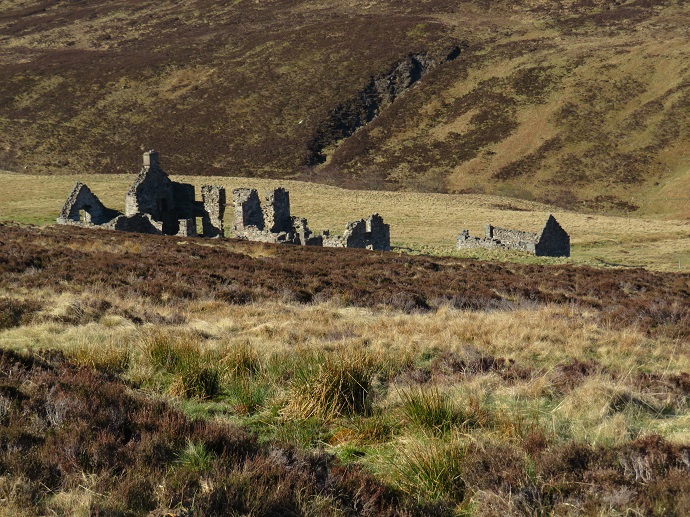 A couple of hundred metres past the remains the track splits and this time you go right instead of left.
The track wanders along the West side of Druim Ruighe Chail for a couple of kilometres before ascending the Southern slopes of Bachd Ban. The track stops at approximately 550m, about 40 to 50 metres from the top of Bachd Ban. Make your way over easy ground to the summit of Bachd Ban.
In front of you is a flat stretch of ground for approximately 1 km. It is definitely not ground that I would cross if there has been days of heavy rain, or, especially when it is covered in snow as it is full of bog holes and extremely rough going. 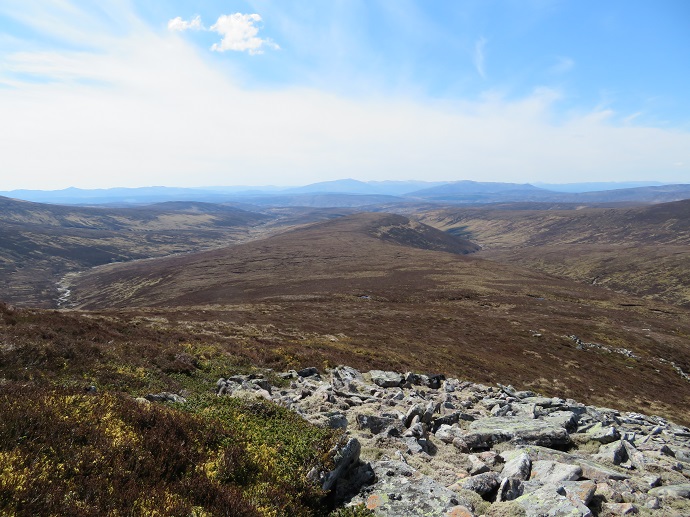 The ground gets easier as you start to ascend Bachd na Craig and it doesn't take long to the top at 760m. 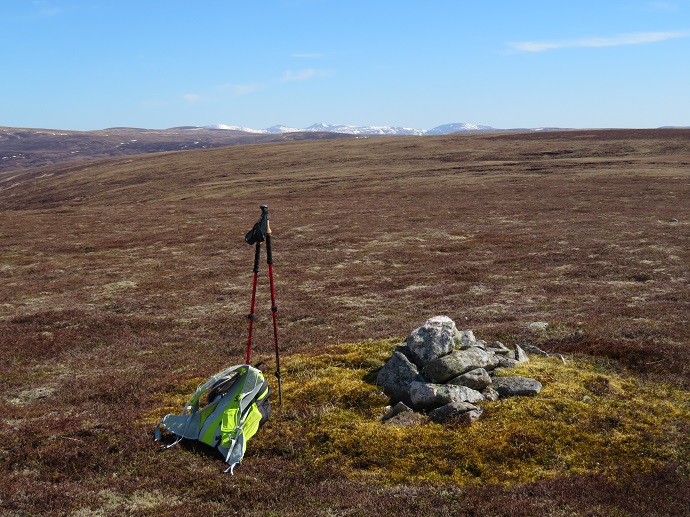 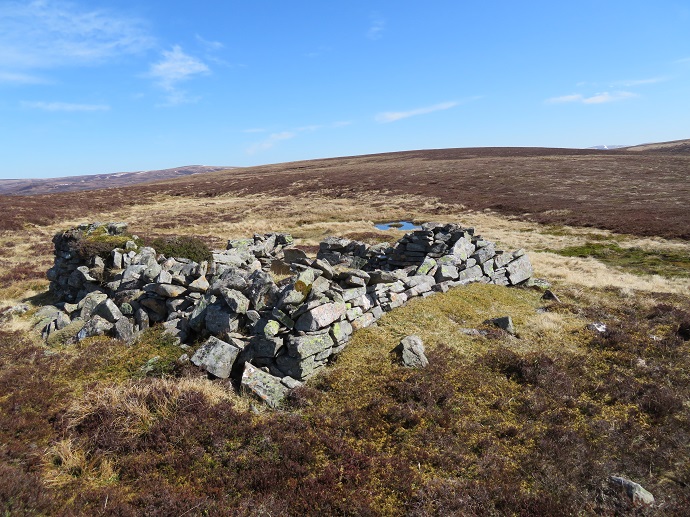 Apparently there was another watchers bothy located opposite on the Badenoch side but I couldn't see any signs of it. What a lonely existence it must have been.

Loch Treig Bothy is only about three and a half kilometres to the West of Soutars Bothy and could be combined in one walk although it would entail an extra 134m of descent and 240m of ascent.
From there i headed North East to the summit of Bac na Creige at 769m where there is a upright, I thought it a rather funny coloured stone, marking the border.
Heading almost directly South from the summit of Bac na Creige a track is picked up which descends to roughly
670m before ascending in the same direction to Carn an Fhiadhain at 803m. From there the track descends roughly 50m before ascending onto Sron a Chleirich. The track actually bypasses the summit of Sron a Chleirich on the West side but there's no point in coming this far and not going up the 20m from the path to the summit at 816m.
The track ceases about half a kilometre after the summit and it's simply a case of following the ridge down in a roughly South Westerly direction to point 539m and then up on to Meall na Maoile at 569m.
From the summit of Meall na Maoile head South West to descend to a small dam on the Allt a Mhuilinn at 370m.
From there the track is picked up which will take you over the Southern end of the Druim Ruighe Chail and in no more than one and a half kilometres back to the ruins at Ruighe Chail itself.