Across to the west side of the A9

Across to the west side of the A9


I seem to have started a little trend for myself targeting the A9 Munros, though that may well stop until the roadworks are finished. Be warned - traffic lights on the A9 are not fun! So yesterday it was A' Mharconaich and Geal-charn that were the aims of the day. My car was the only one in the car park near Balsporran Cottages and it remained lonely the whole day. It was an easy route to follow, over the railway along the track and following the track uphill towards the summit of Geal-charn, the odd post and a couple of cairns providing something to aim for if needed. 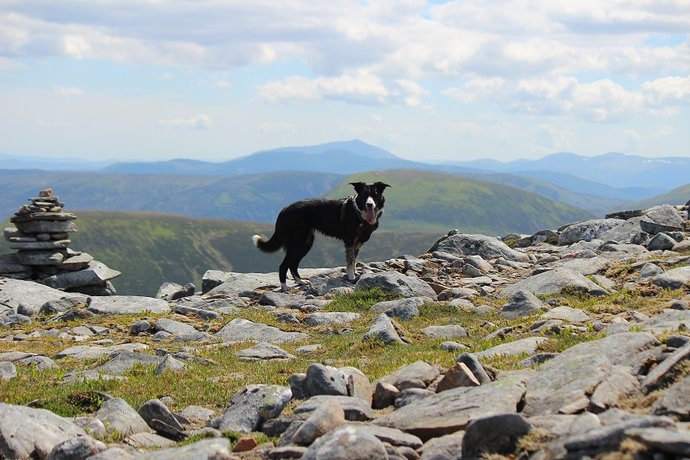 On the way up we passed a pair of Golden Plover which came quite close. 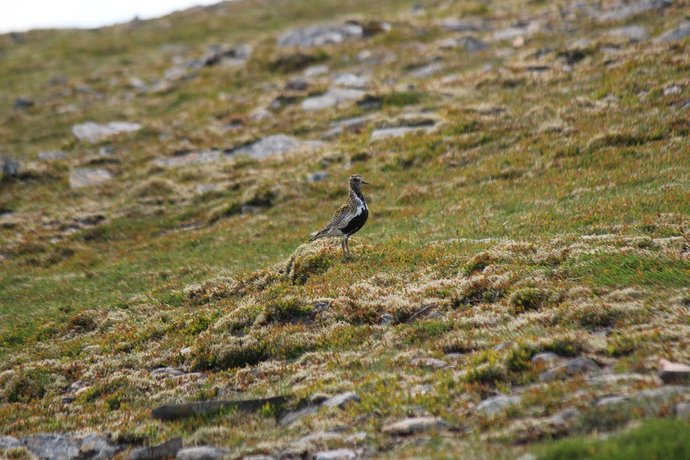 There was a trickle running down the hill so Moss could apply her own special sunblock, the extra water I carried to cover her needs as well as my own wasn't needed as there were a few drinking holes along the route though these are starting to dry up so better to be cautious and carry extra! 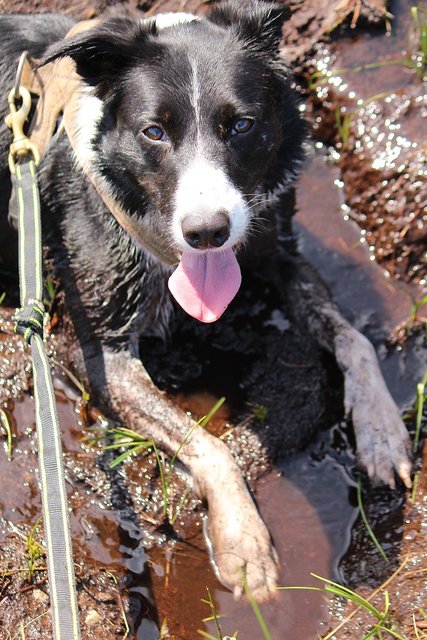 We were soon at the summit of Geal-Charn and the views were pretty good from up there looking down onto the loch and the surrounding hills. There was a pile of stones and a wind shelter, I wasn't entirely sure which marked the true summit but Viewranger suggested it was the windshelter, which had better views. Visited both anyway. 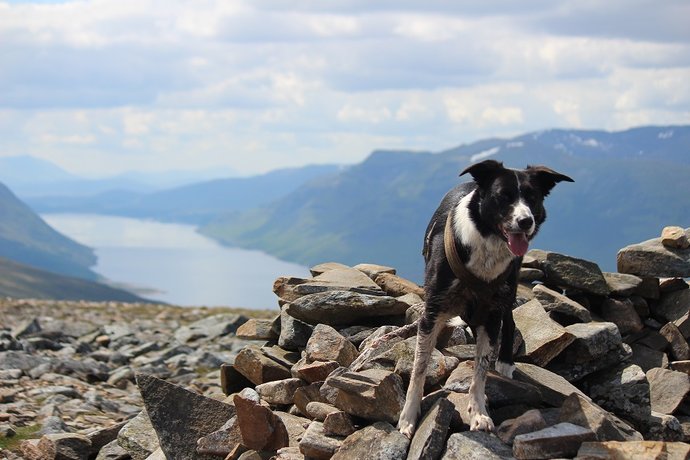 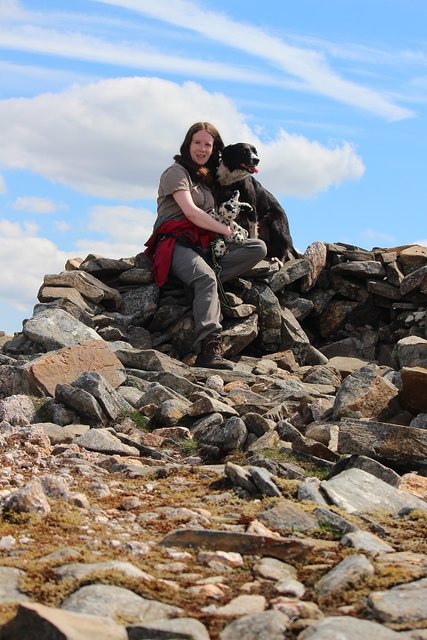 The track below was visible so we started heading down picking up a path once away from the stony ground to reach the track and following that a short distance before taking a clear path up the flank of A' Mharconaich. It looked worse than it actually was. It was here that we saw the only other person the whole day who was doing the round of four and was heading towards Geal-Charn. On the plateau there was a clear route to the summit. 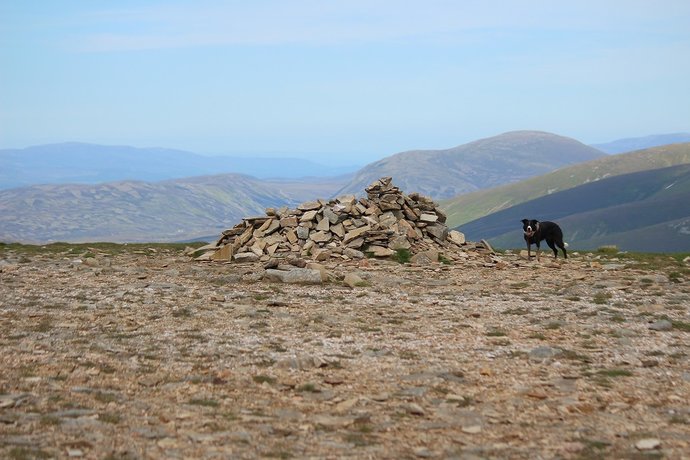 The descent was the steepest part of the day, we went to the left where there was a choice of grassy tracks leading down, easier on doggy paws, and headed towards the path that was clear to see. It was a clear path for most of the route though it was clear that it was normally a very boggy one. The dry weather though has left little of the bog remaining. There was a near-miss with some grouse chicks that had decided to hide on the path. I saw the mother feigning injury nearby trying to draw our attention but the chicks were very well camouflaged and there was suddenly a mini-explosion of cheeping at our feet as they scattered. Moss never even battered an eyelid! Throughout the descent the A9 was in sight, along with the traffic building up on it! 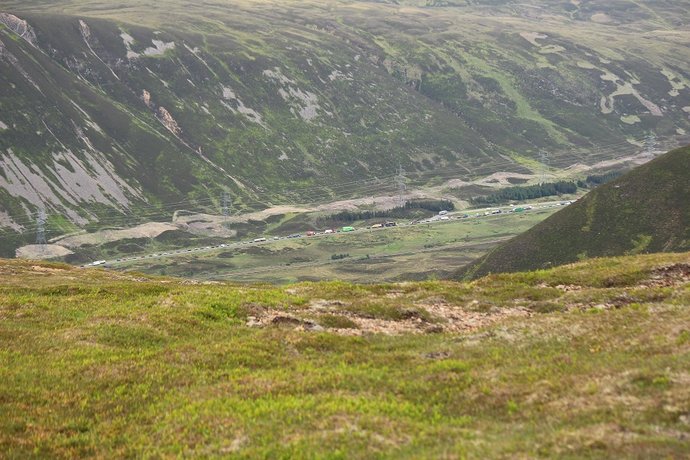 As per the instructions on the route description, we cut across to cross the stream and rejoin the main track and from there it was an easy walk back to the car. Another pleasant walk. Think I will have to go somewhere away from the A9 though, getting sick of driving up and down that road now

Re: Across to the west side of the A9

Brilliant photos as usual KatTai, Moss looked like she enjoyed yet another big hill! Thanks for the tip about the A9 and traffic lights, think i'll avoid that direction this weekend... cheers!

Users browsing this forum: PeteR, The Ledge, thebluebaboon and 96 guests