Scouting out Scalpay at sunset

Scouting out Scalpay at sunset

Halfway around our anticlockwise loop of South Harris, it was now time to head north from Rodel back to our holiday cottage on Scalpay. The direct route entailed driving The Golden Road - a winding 21 miles of single track tarmac apparently named after its cost to construct! The road was very quiet apart from a postman we kept passing: we overtook him every time he stopped to deliver a letter, and he overtook us every time we stopped for a photo

Enough about the traffic - The Golden Road is seriously scenic, especially on a sunny day like today. The landscape is unusually rocky which gives it a moon-like appearance interspersed with rocky bays, and there was lots of wildlife: eagles, seals and hundreds of sheep and lambs. A few pics: 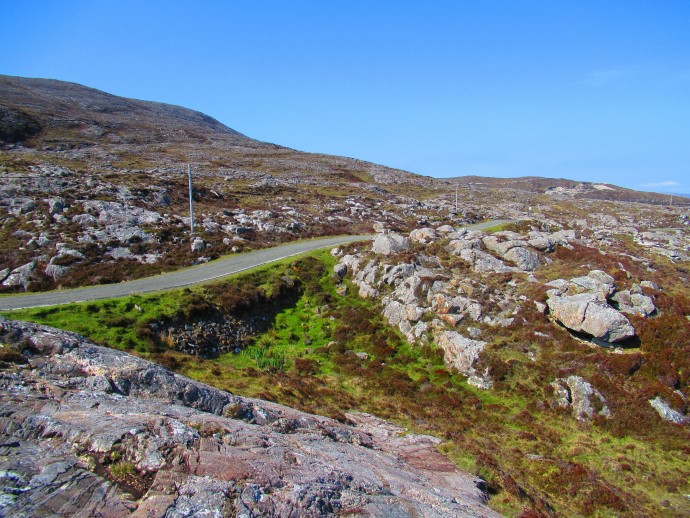 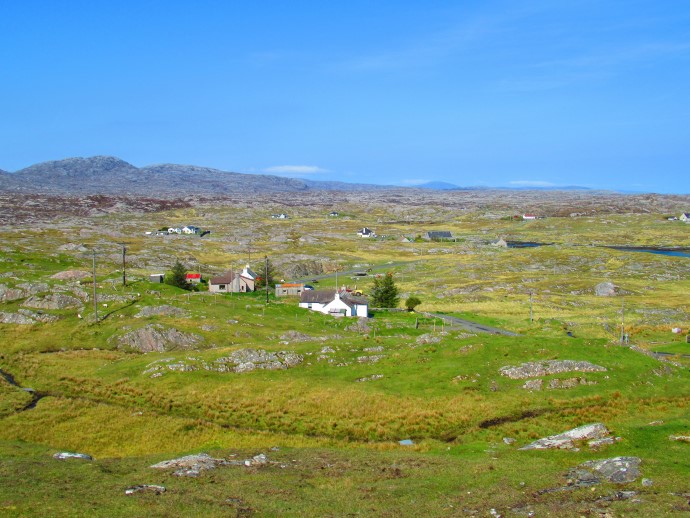 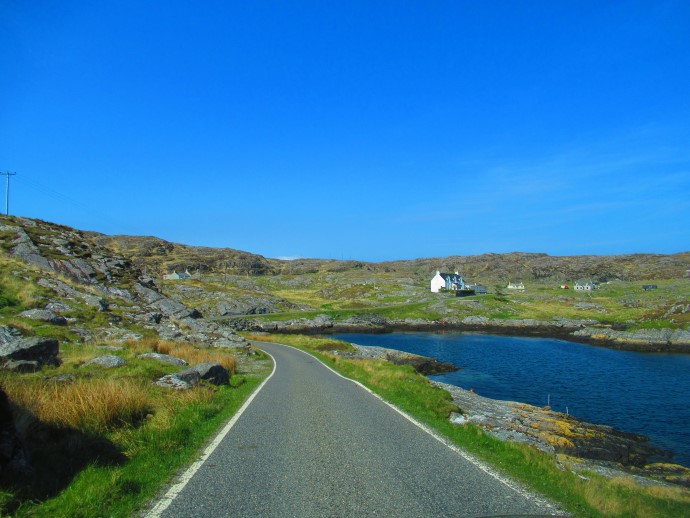 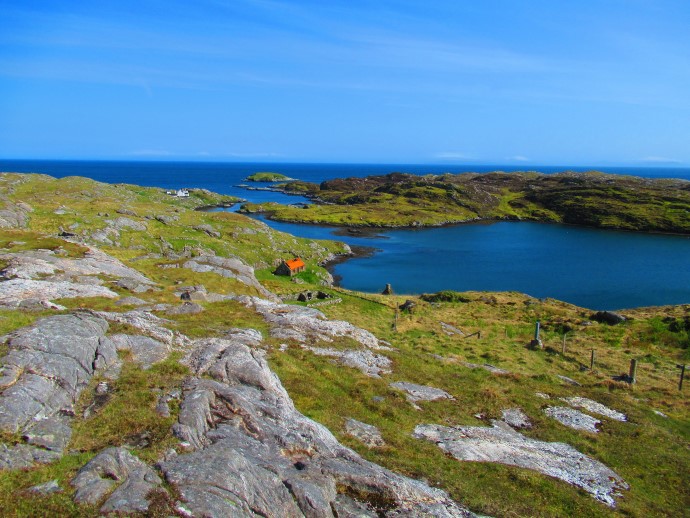 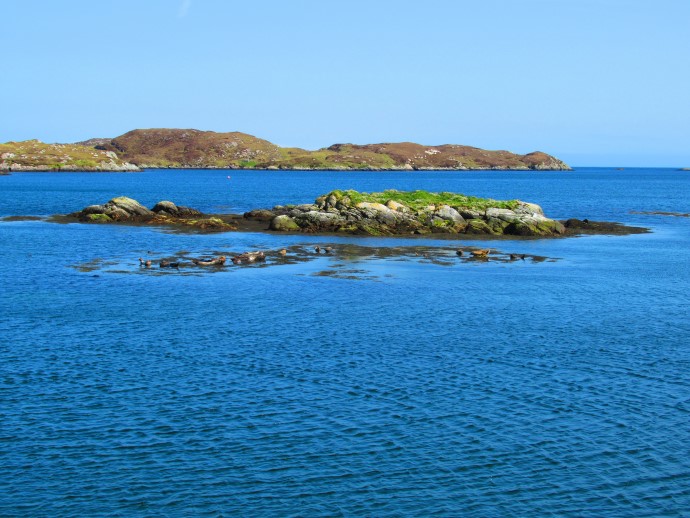 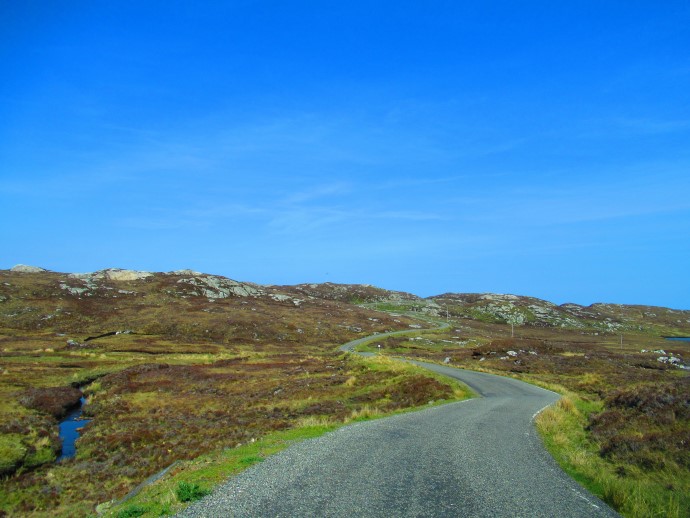 Back across the bridge to Scalpay: 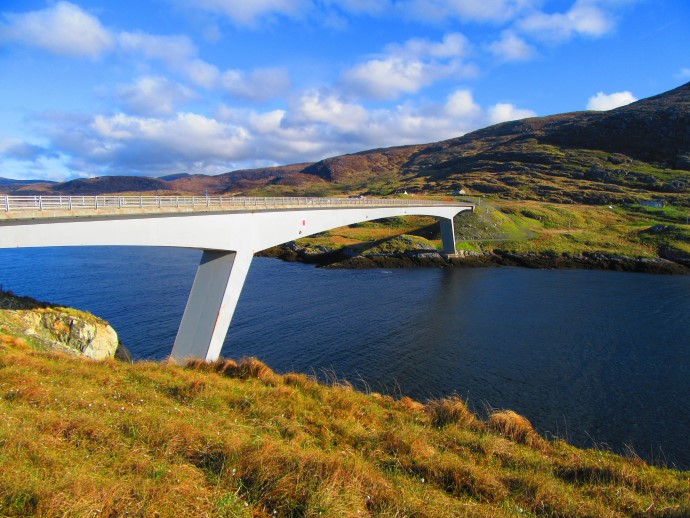 Onto the walk: the Scalpay Heritage Trail is about 6 miles long and explores most of the island - route below:


Scalpay.gpx Open full screen  NB: Walkhighlands is not responsible for the accuracy of gpx files in users posts

We'd originally planned to do the circuit then have dinner afterwards, but it was already 5.45pm so we decided to eat then head out - the advantage of Scottish summer daylight! Happily the walk start was adjacent to our cottage, so no need to get in the car again. First the route heads around Loch an Duin: 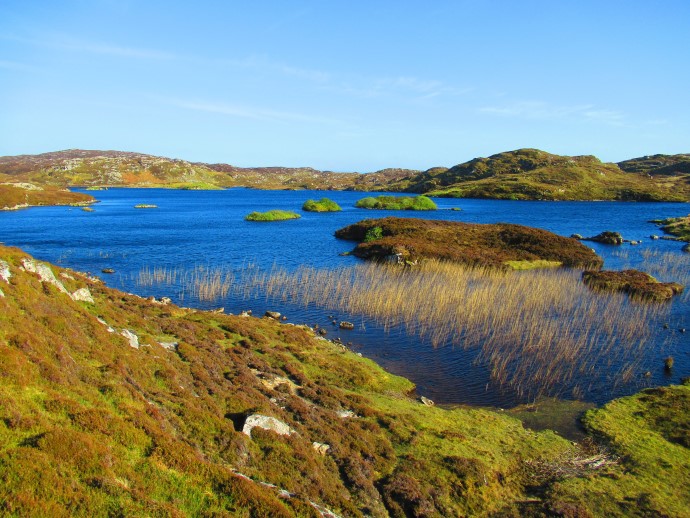 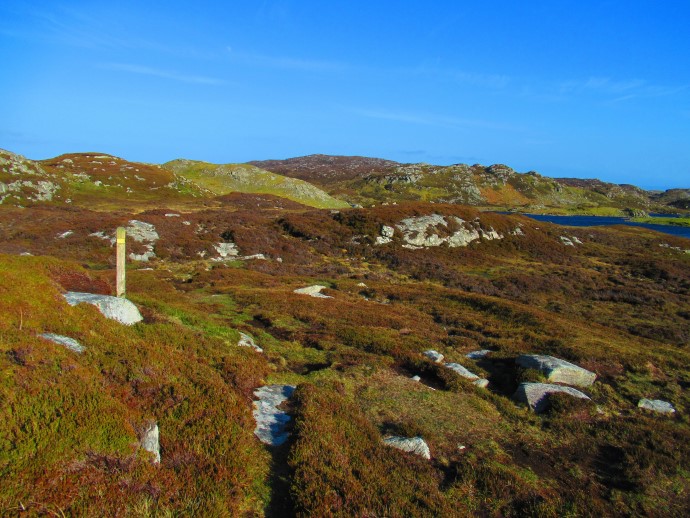 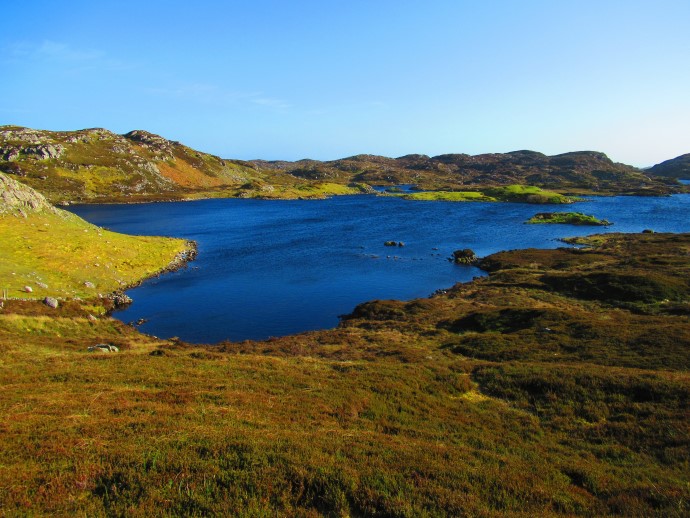 The route is waymarked, but the marker posts are quite far apart and the path is faint and braided. We lost it a few times but we had the route printed out, which kept us on the right track. Next, the trail ascends to Beinn Sgorabhaig - only 104 metres high but the highest hill on Scalpay. 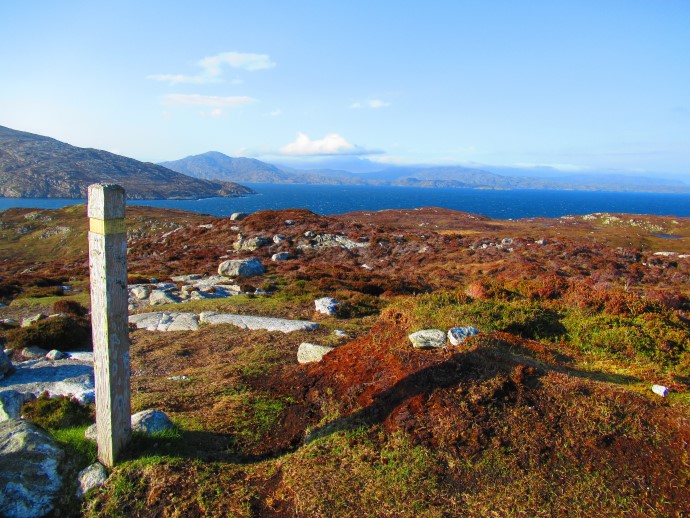 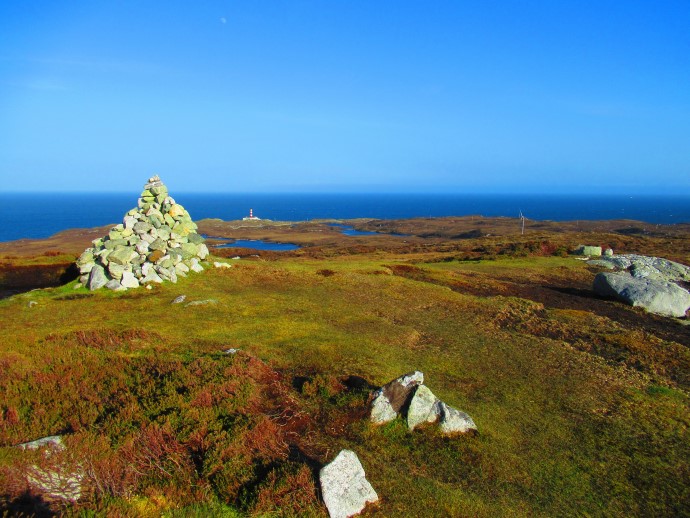 Lochan near the lighthouse: 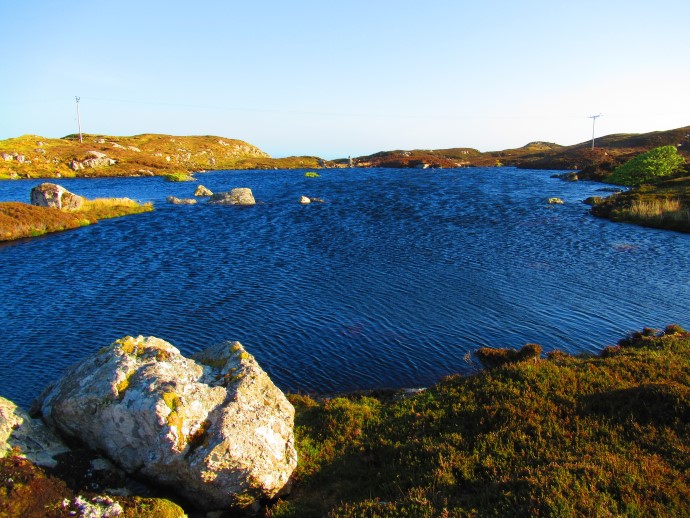 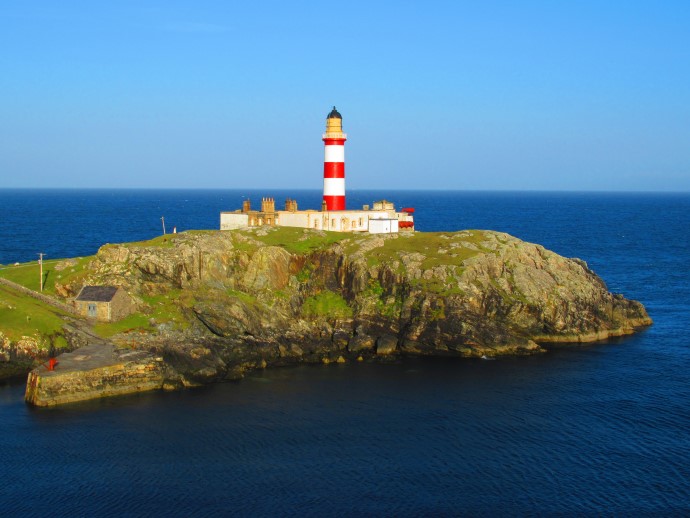 Heading west along the south coast of the island: 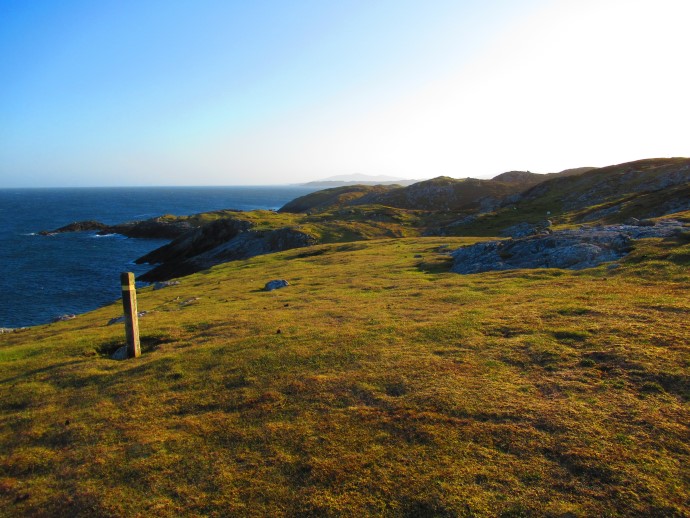 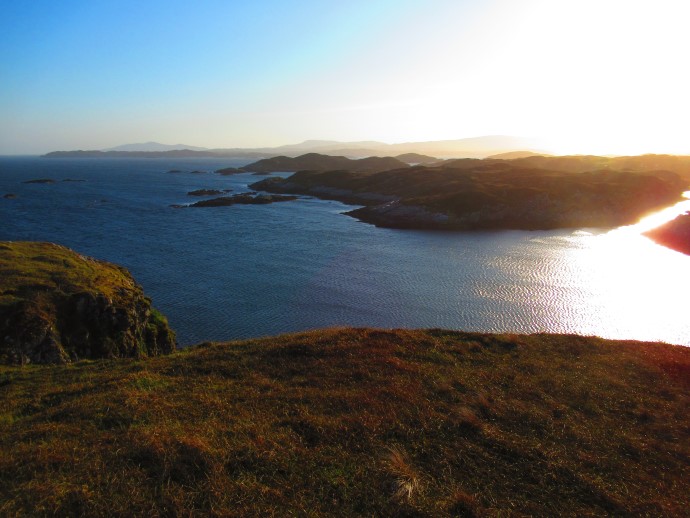 Inland over a couple of hills, back to the road: 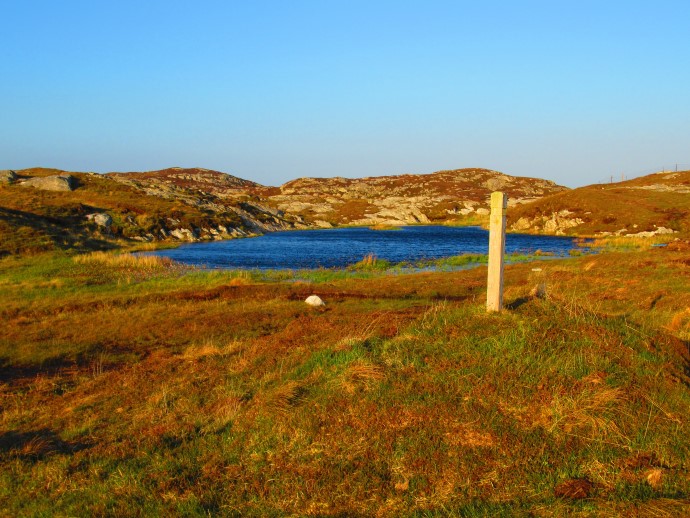 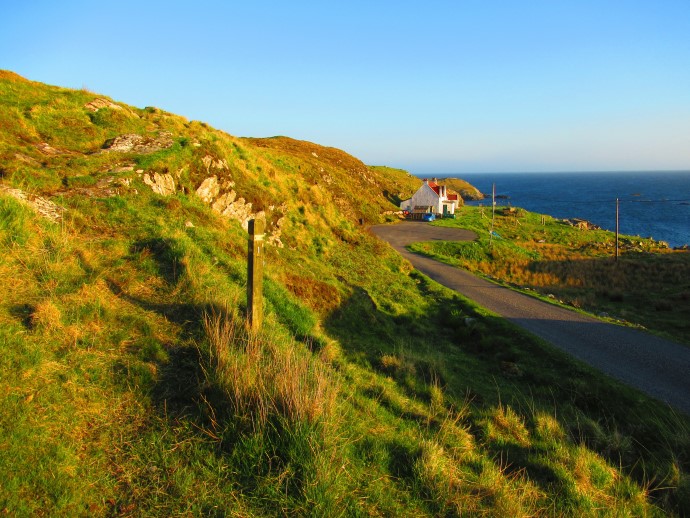 Sunset over the west side of island helped make the longish road walk interesting: 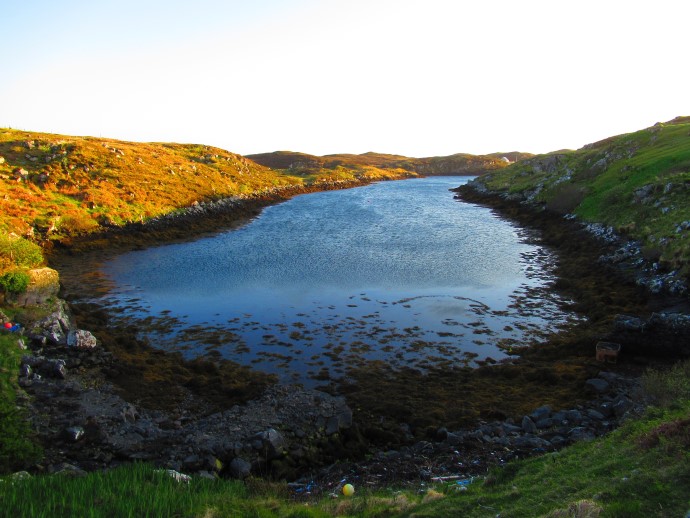 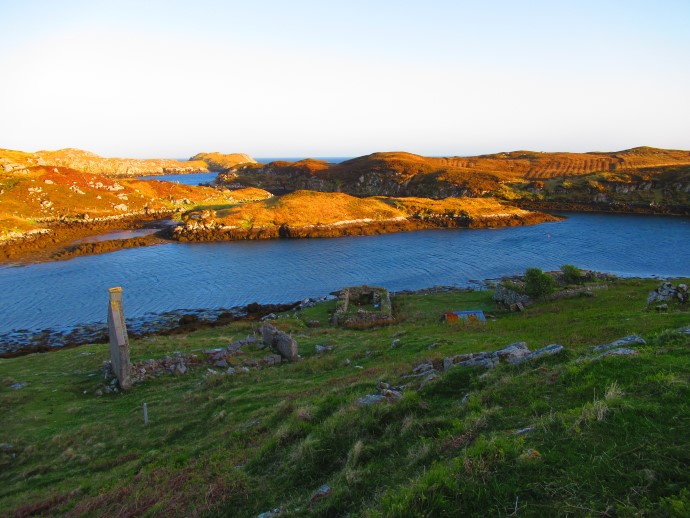 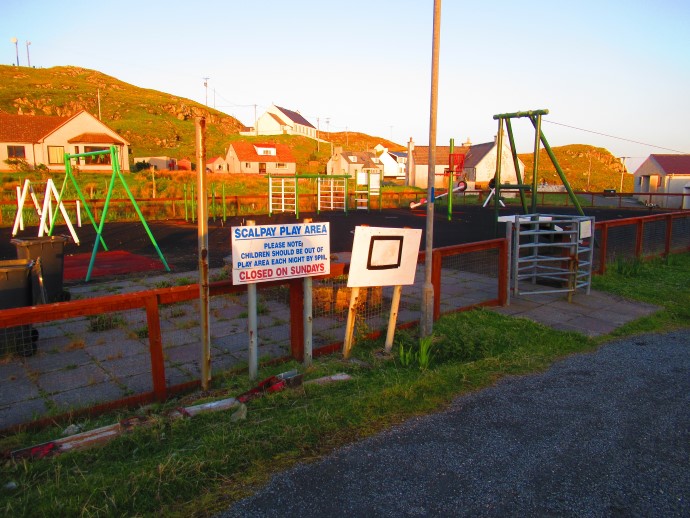 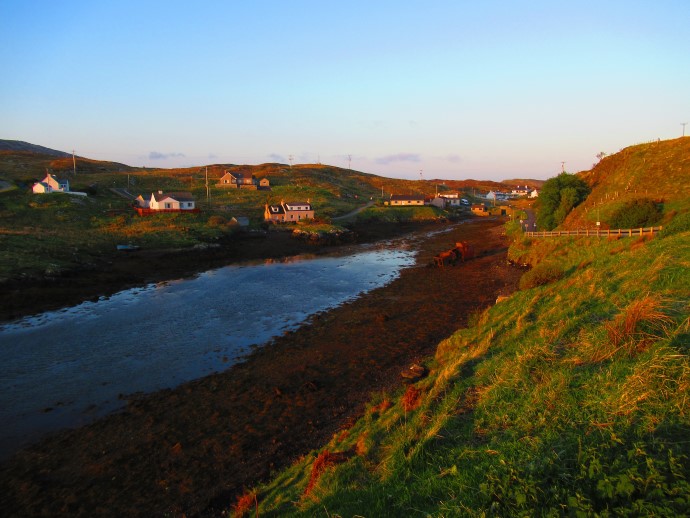 Scalpay village the next morning: 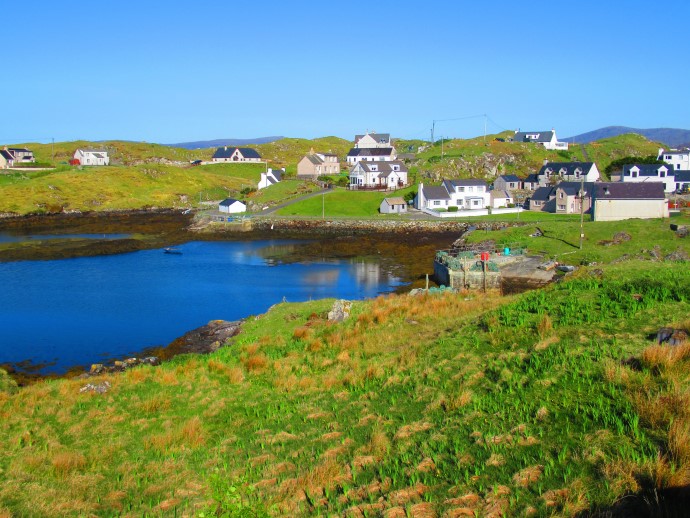 A nice route, and good to finally explore the island we'd been living on for the past several days. Map definitely required though!