Having done Munros in this area twice last year with workmate and fellow walker Big Jie and a visit to Buachaille Etive Mor planned later this summer i wanted to do something smaller on my own which would give me great views of the summits that i've bagged and far more of the summits i'd like to therefore Beinn a'Chrulaiste looked promising enough to do the job.
Making an earlyish start i arrived mid morning at a small layby just down the road from Altnafeidh, parked up and quickly crossed the A82 walking along the roadside until i found a gate which allowed me through to the open hillside. I instantly picked up a path which followed a fence around the side of the hill then began the steep ascent upwards. I found the path up the hill a bit haphazard and vague at times but with the very dry conditions it didn't really matter too much. 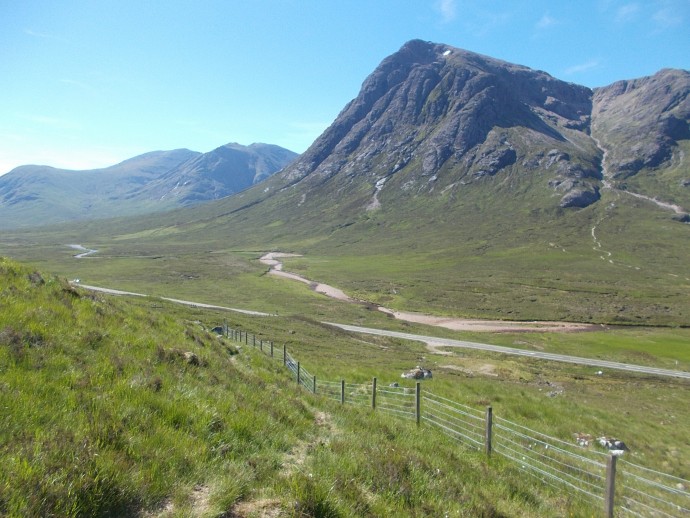 Further up the hillside both Buachailles really came into view as did a small herd of feral goats a couple of which sported truly impressive horns but they completely ignored me, thankfully.
The climb began to level out a bit and the ground became a lot more stoney with small rock outcrops everywhere and once more i encountered a larger herd of the goats who again ignored me but the one thing that couldn't be ignored was the view of Buachaille Etive Mor which was stunning in the clear blue skies. 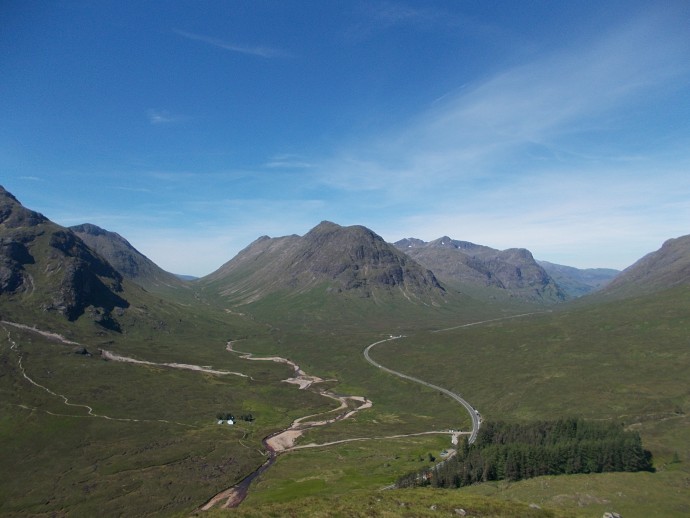 Looking down to the start 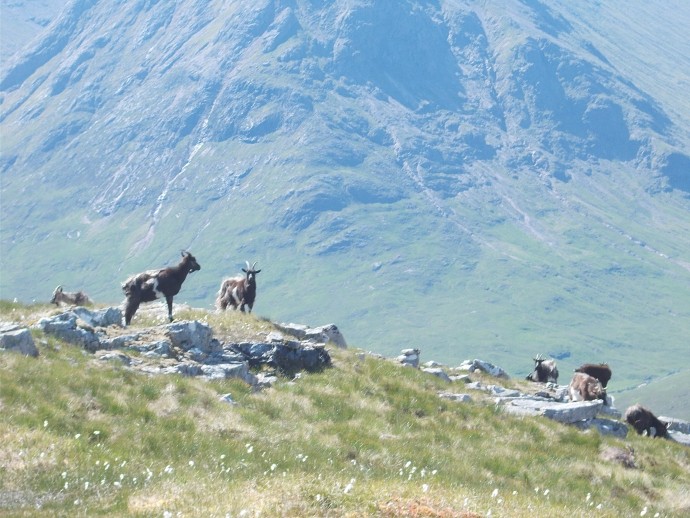 Feral goats on the hillside

Exactly 90 minutes after leaving the car i was on the summit where a cool breeze kept the sun and any midges firmly in check. The views from here were amazing and i looked over my OS map and tried to identify as many hills as i could but the map just wasn't big enough ! 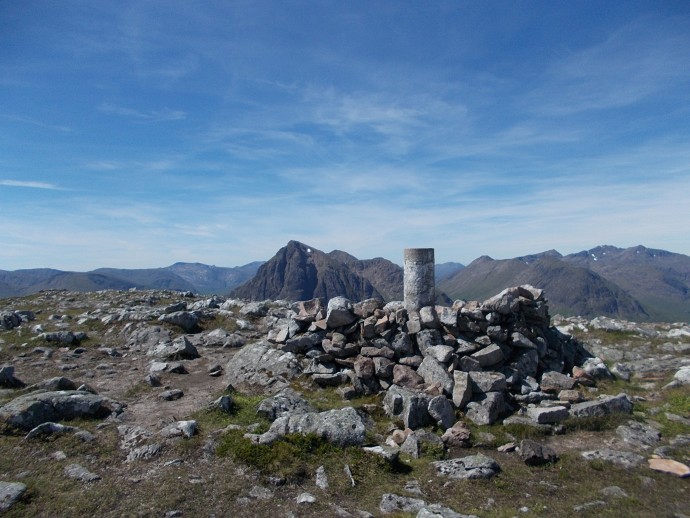 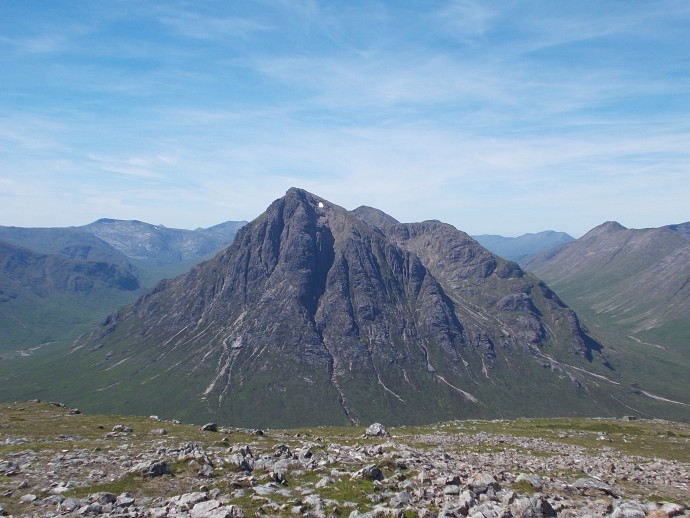 To make a longer walk of it and enjoy the most of the weather i decided to descend to Kings House where the path again became really indistinct and the terrain got very rocky but it was mostly dry. I spotted an ATV track running alongside the Allt a'Bhalaich and made for that which then linked up with the WHW as it passed Kings House, i followed the WHW as it ran parallel with the A82 and led me back to my car. 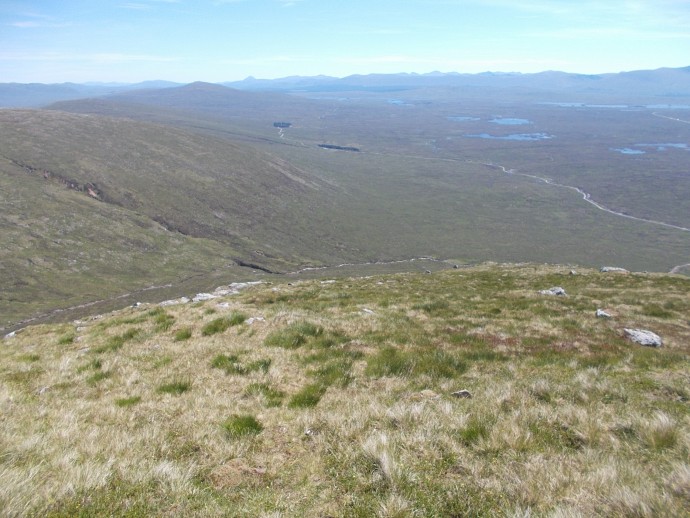 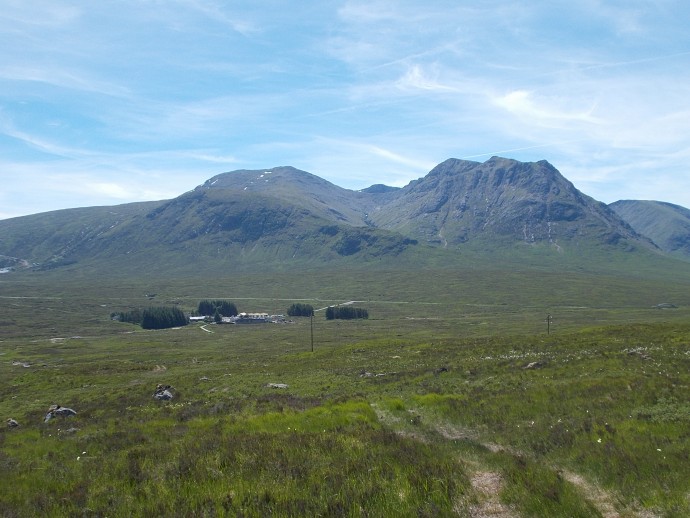 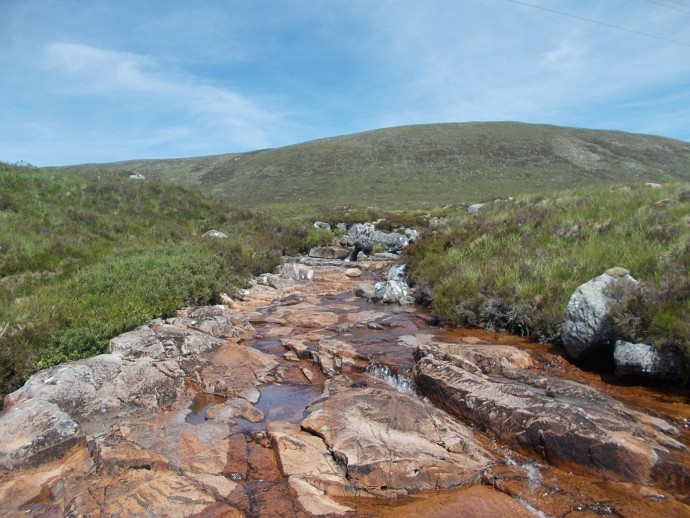 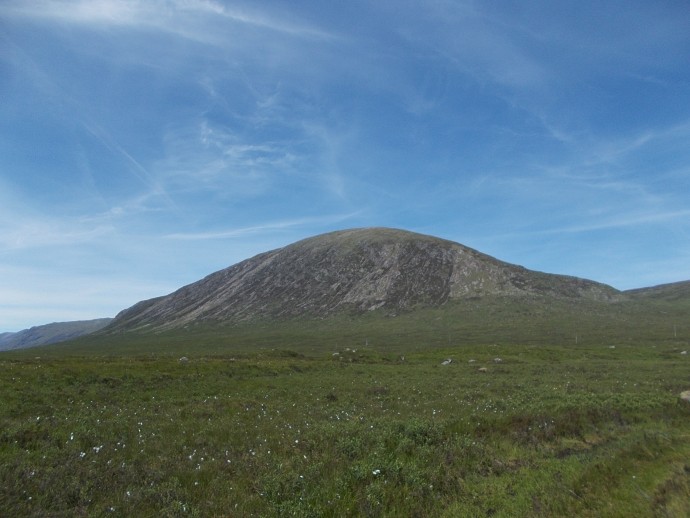 Beinn a'Chrulaiste from near Kings House 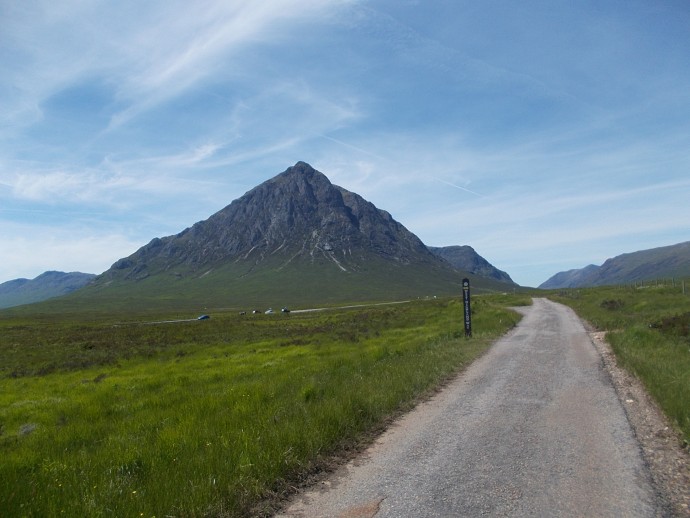 I found Beinn a'Chrulaiste a straightforward enough hill which gave great views of not just it's bigger neighbours but the expanse of Rannoch Moor as well.

Considerably less water than when I climbed it. Isn't it a fabulous view point? Your photos really do it justice 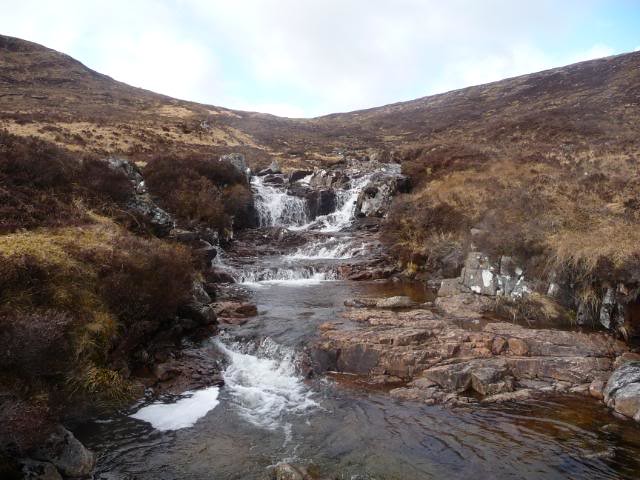 Thanks Sgurr, got lucky with the weather for my holiday week for a change.