Another day out on the hills with my parents beckoned, but where to? We were originally heading for Cul Mor, but mid-journey, I suggested Beinn Ghobhlach instead, as there were more options for mum if she didn't fancy coming all the way up. The temperature was down a little compared to Sunday, and there was a little more breeze as well, making for more pleasant walking conditions.


Map.gpx Open full screen  NB: Walkhighlands is not responsible for the accuracy of gpx files in users posts
We all began walking together from Badrallach shortly after 2pm. The path out to Scoraig is very good and fairly level too. After rounding a corner, it was time to head up steeply towards Loch na h-Uidhe. This took a bit longer than expected as it was really steep! 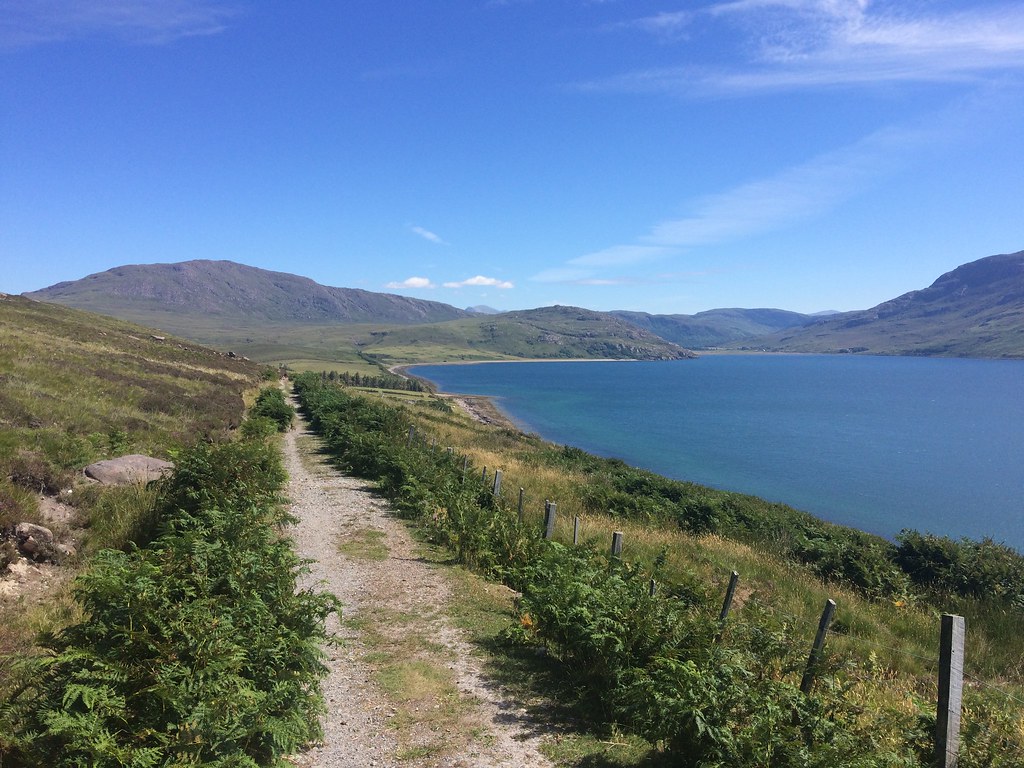 Looking back on the path to Scoraig 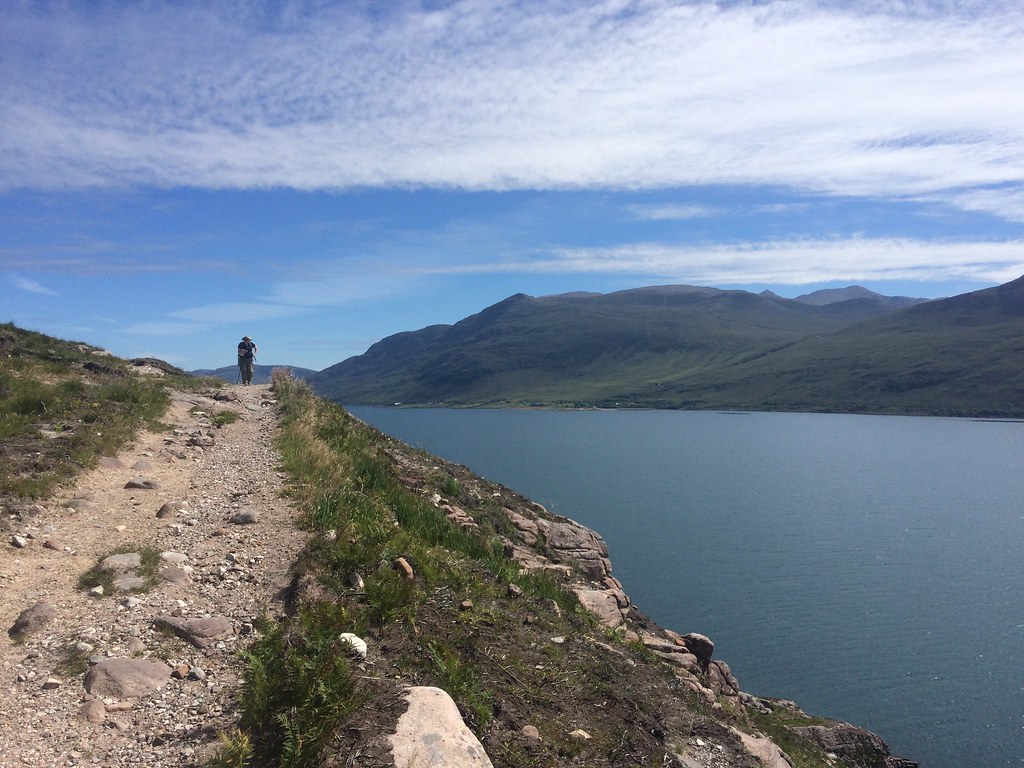 Mum on the Scoraig path 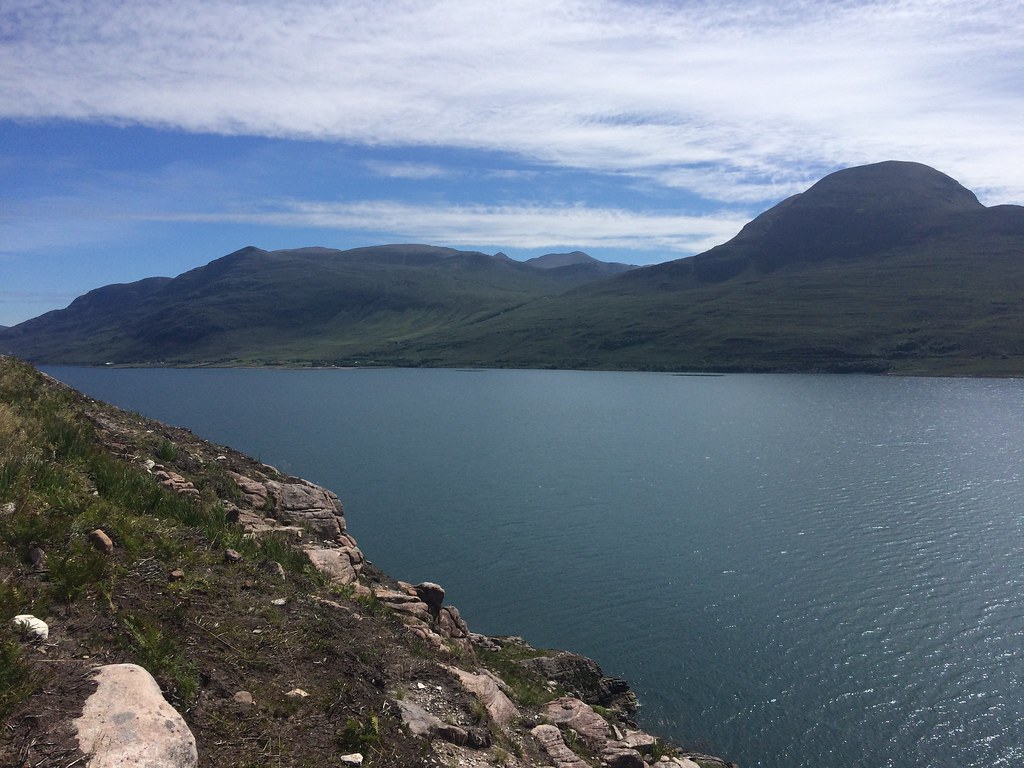 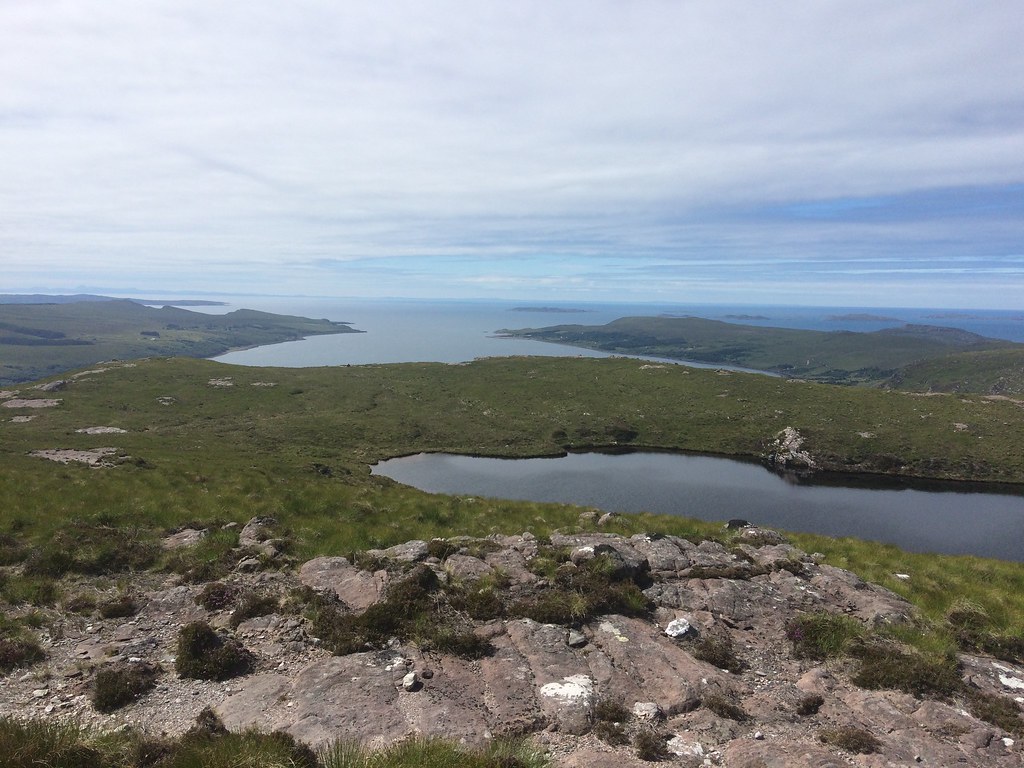 There was the faintest sign of a path up to the loch, but as the ground was really dry and a wildfire in recent years had reduced the vegetation, the underfoot conditions were good. On a sandstone slab overlooking the loch, we had a break, with clear views out to Lewis and Harris. At this point mum decided she would drop back to the coastal path and continue to Scoraig rather than going up Beinn Ghobhlach. 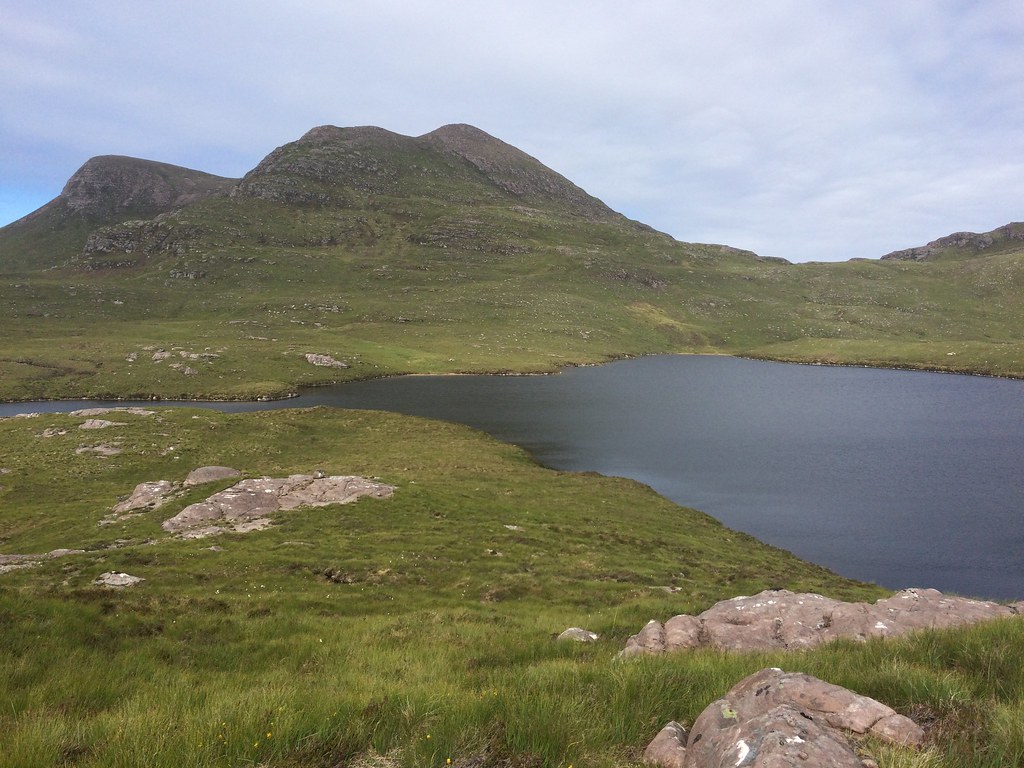 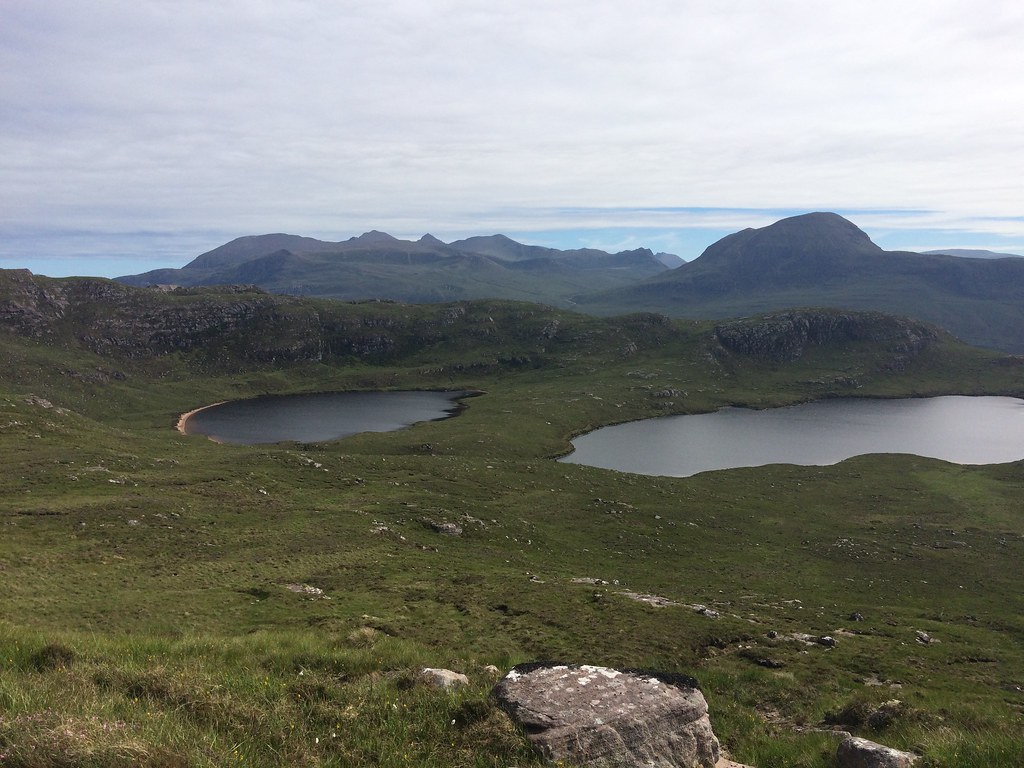 An Teallach and Sail Mhor

Dad and I crossed the normally wet area to the north of the loch and hit the west ridge. This was really steep, but there was plenty of interest in picking easy scrambling lines through the bands of rock. It didn't take too long to reach the summit. 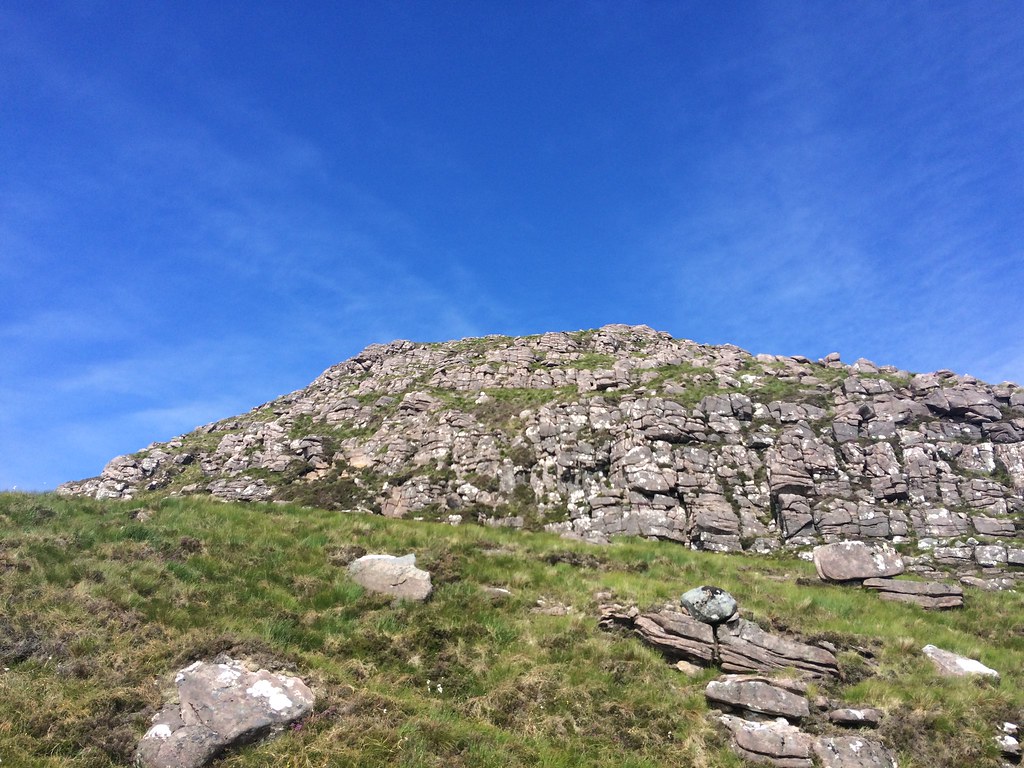 Up the west ridge 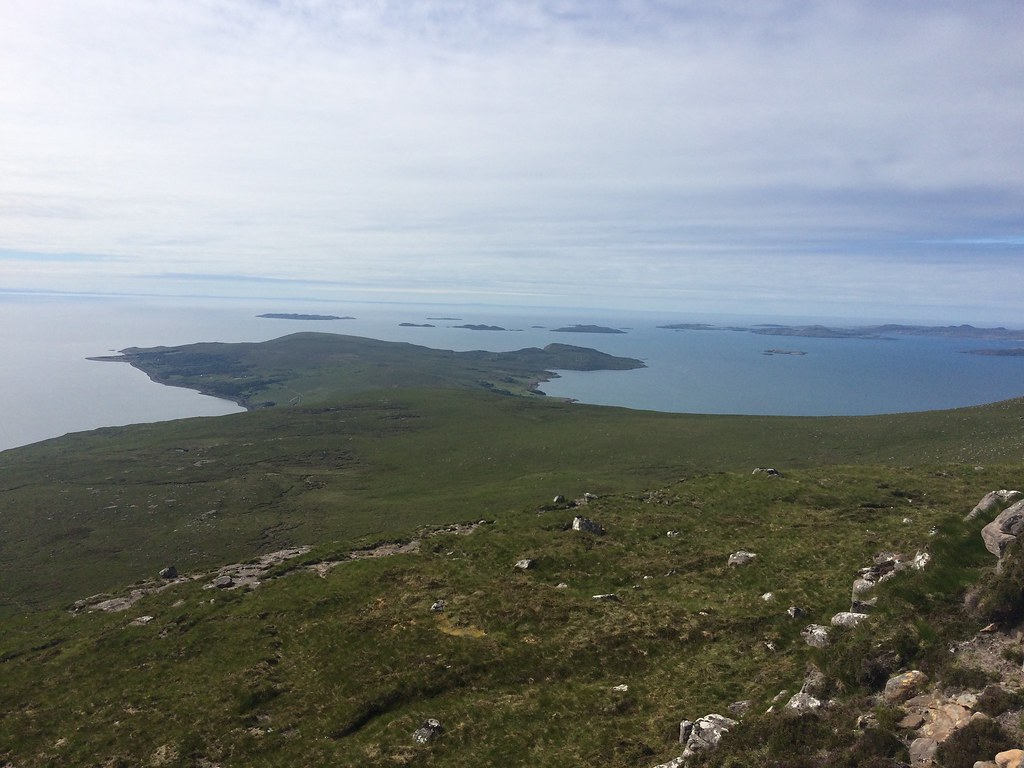 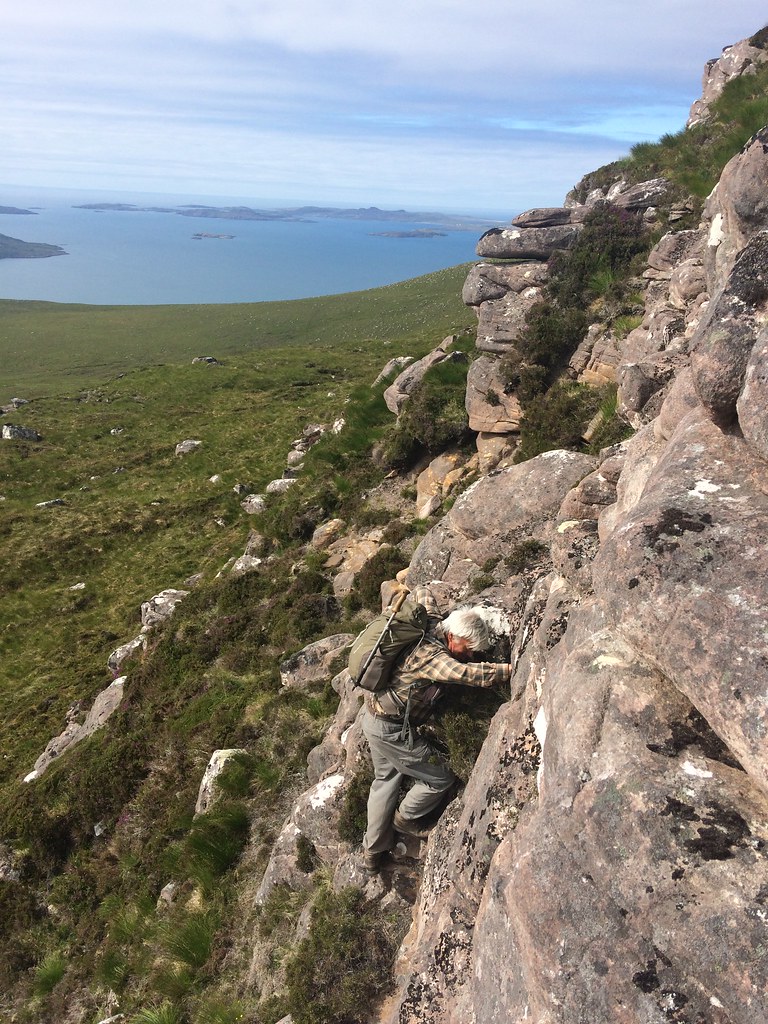 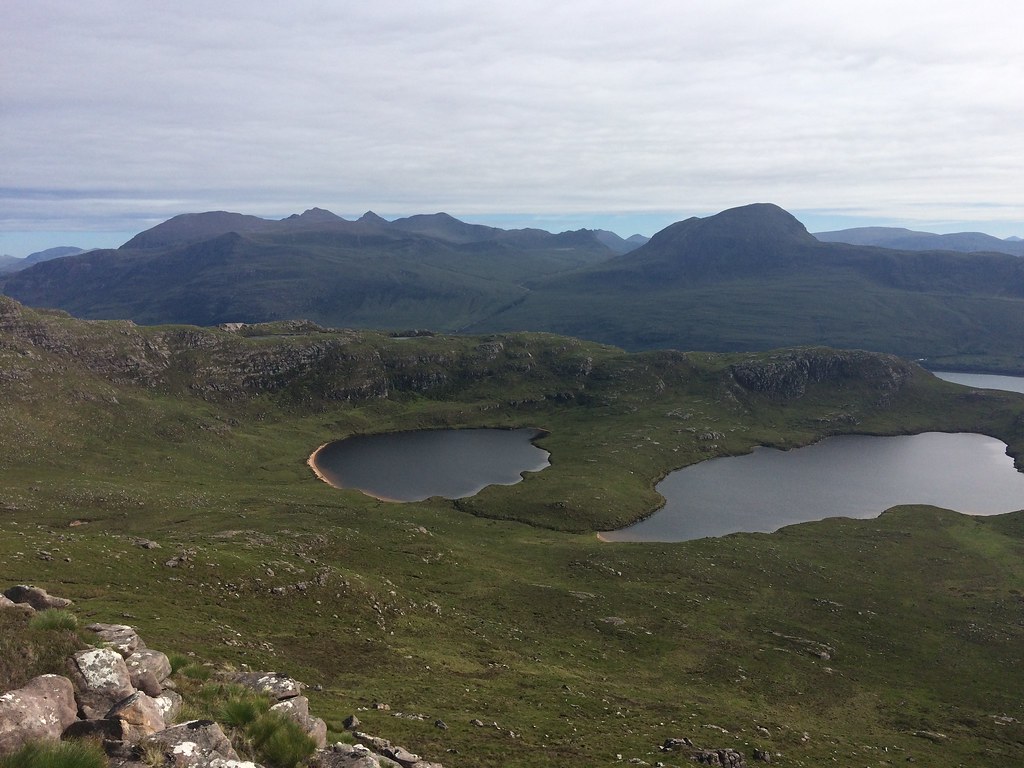 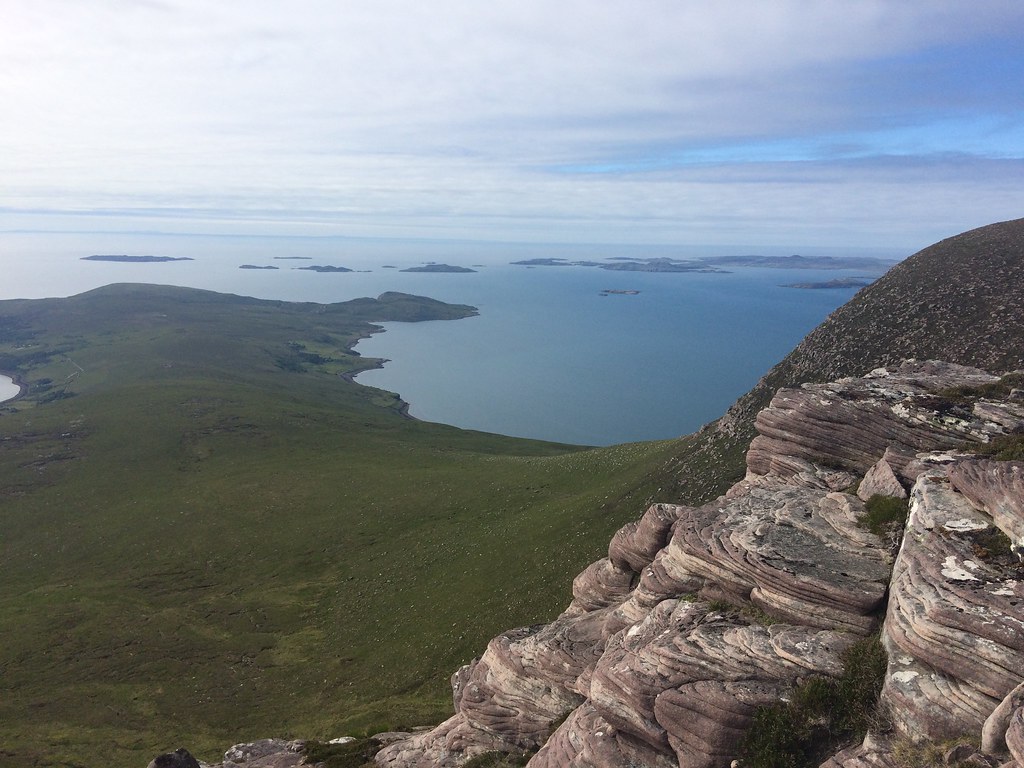 We had another break on top, from where there were impressive views to Assynt, Ullapool and Fisherfield, not to mention a great seascape. I suggested we go on to the next bump in the ridge as it had better views of Beinn Mhor Coigach. 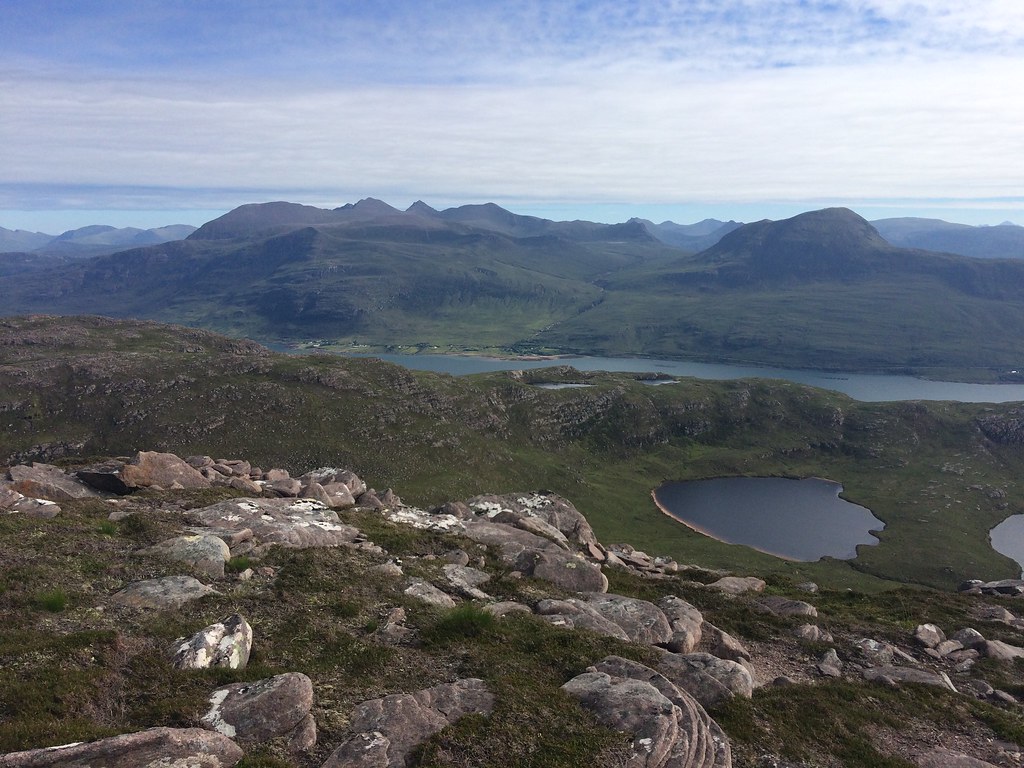 An Teallach from Beinn Ghobhlach 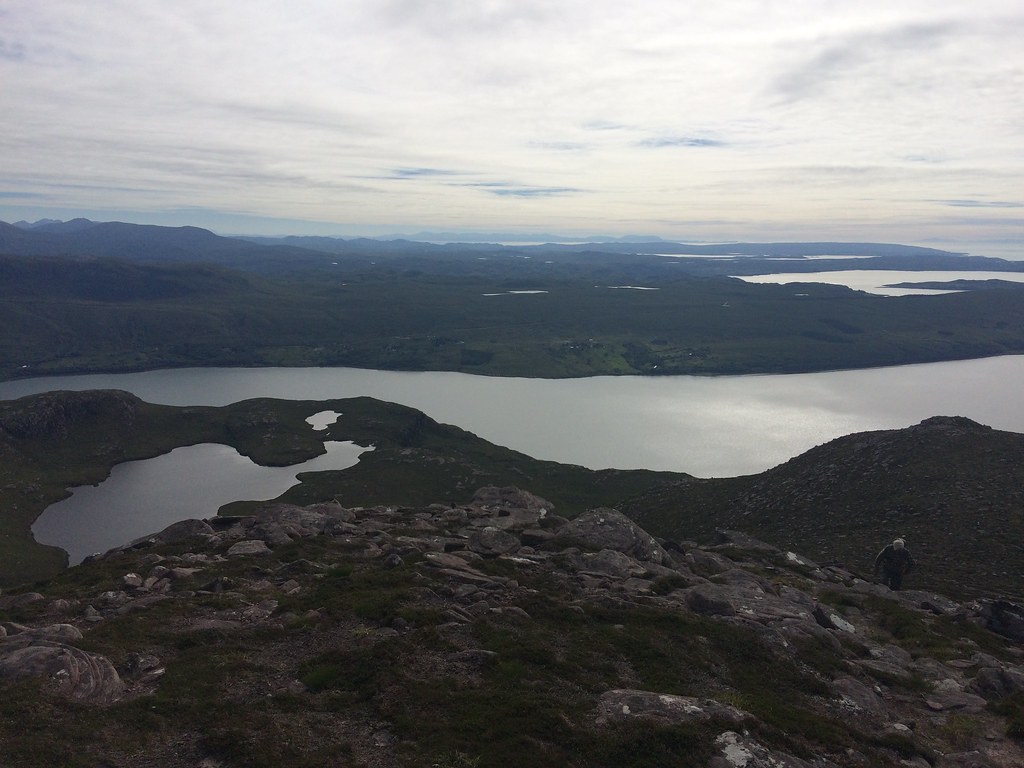 South to the back of Torridon

Then it was down grassy slopes to Lochan a' Bhealaich. This was easy at first, becoming steeper and more heathery lower down. 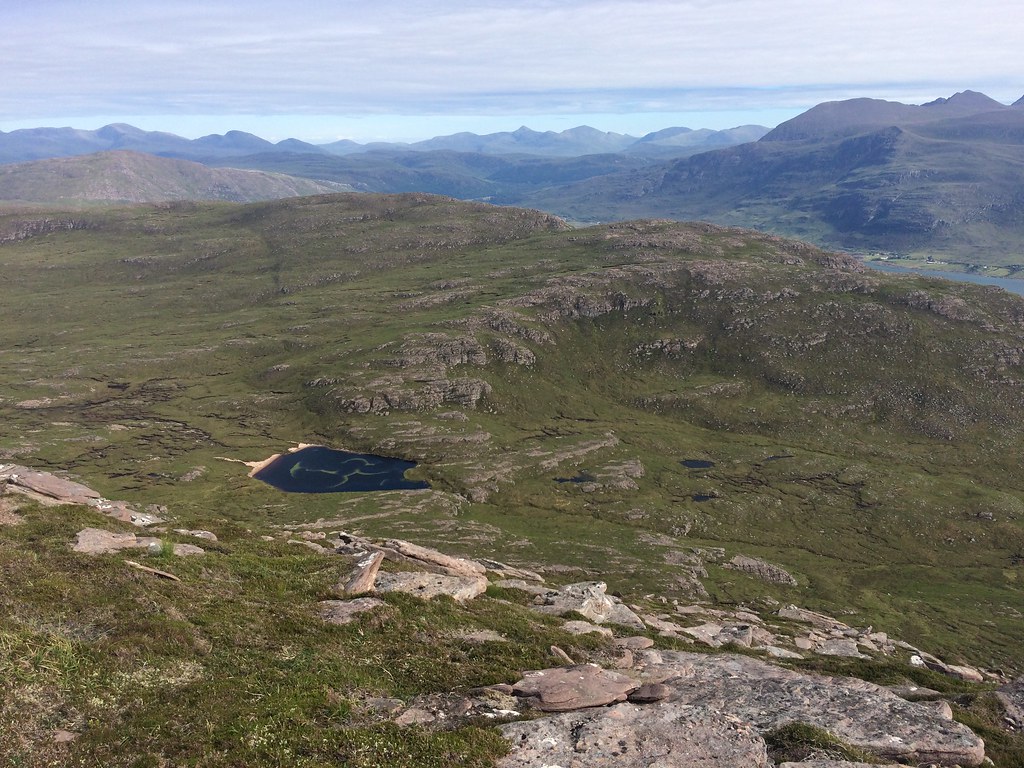 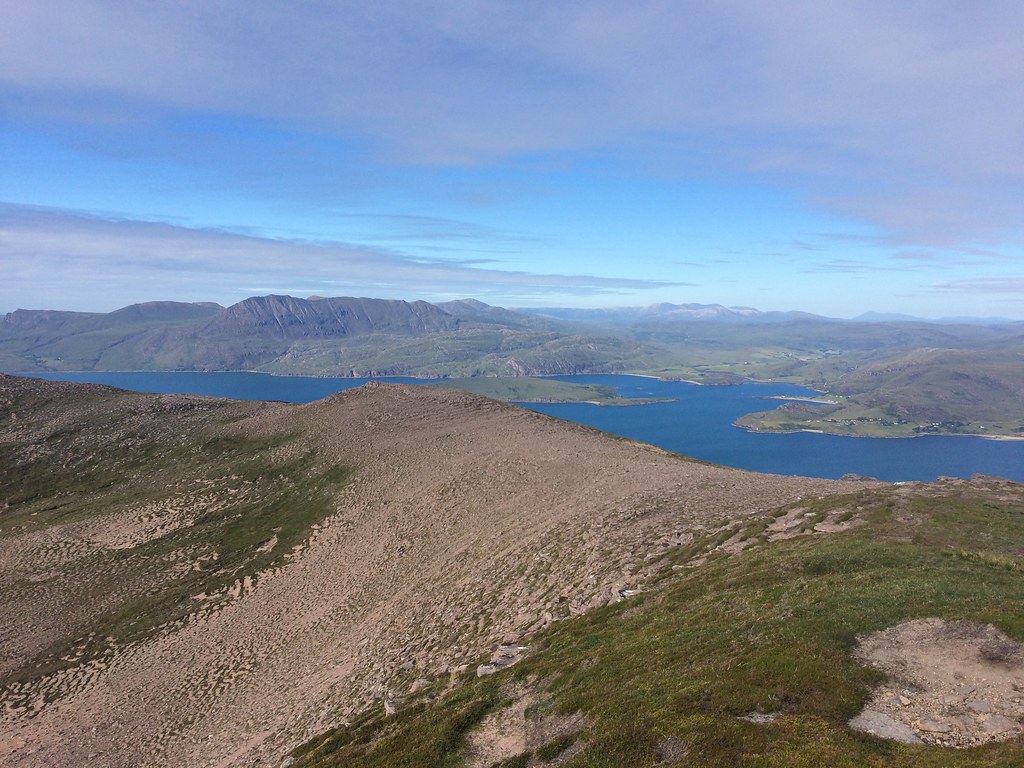 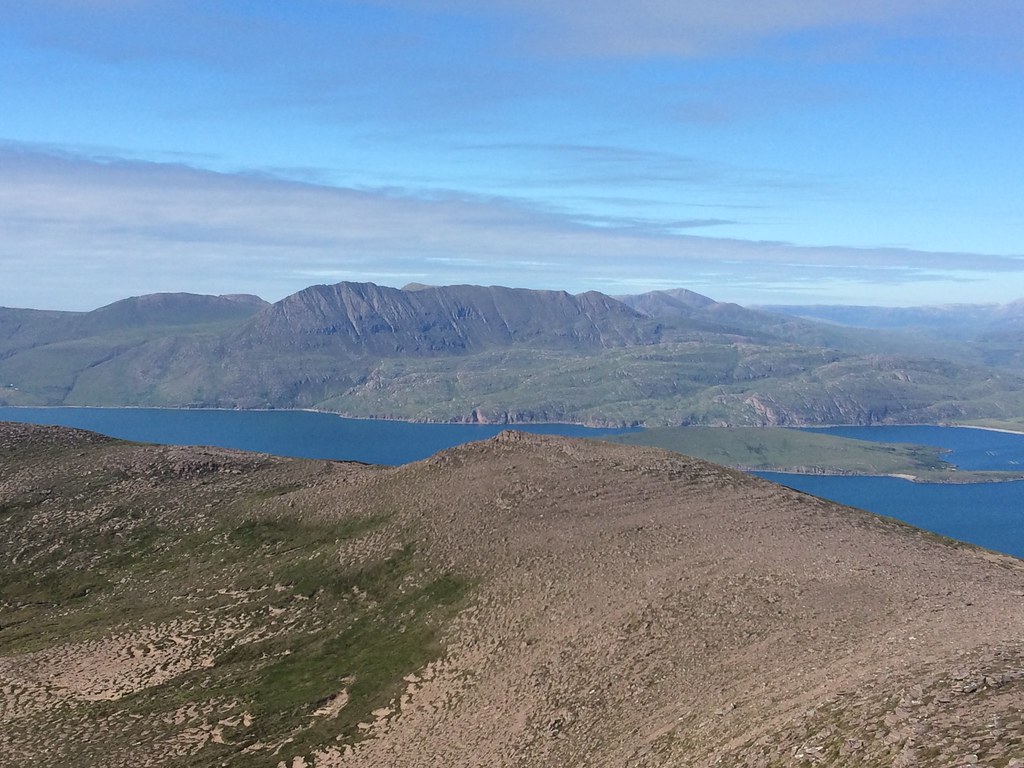 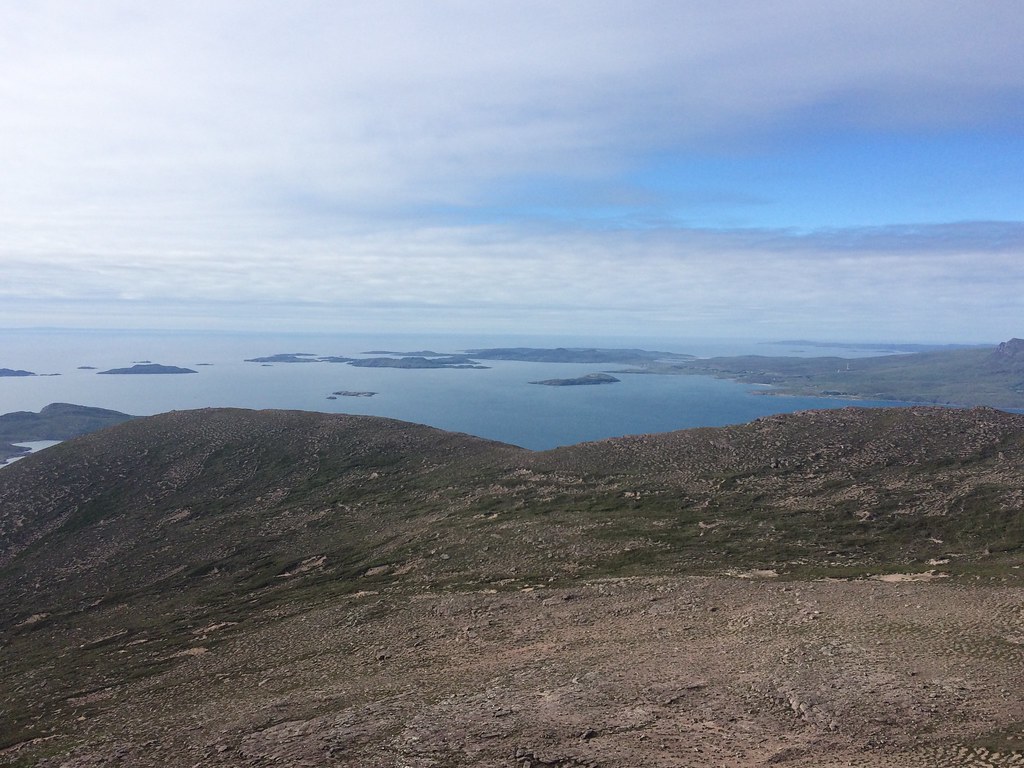 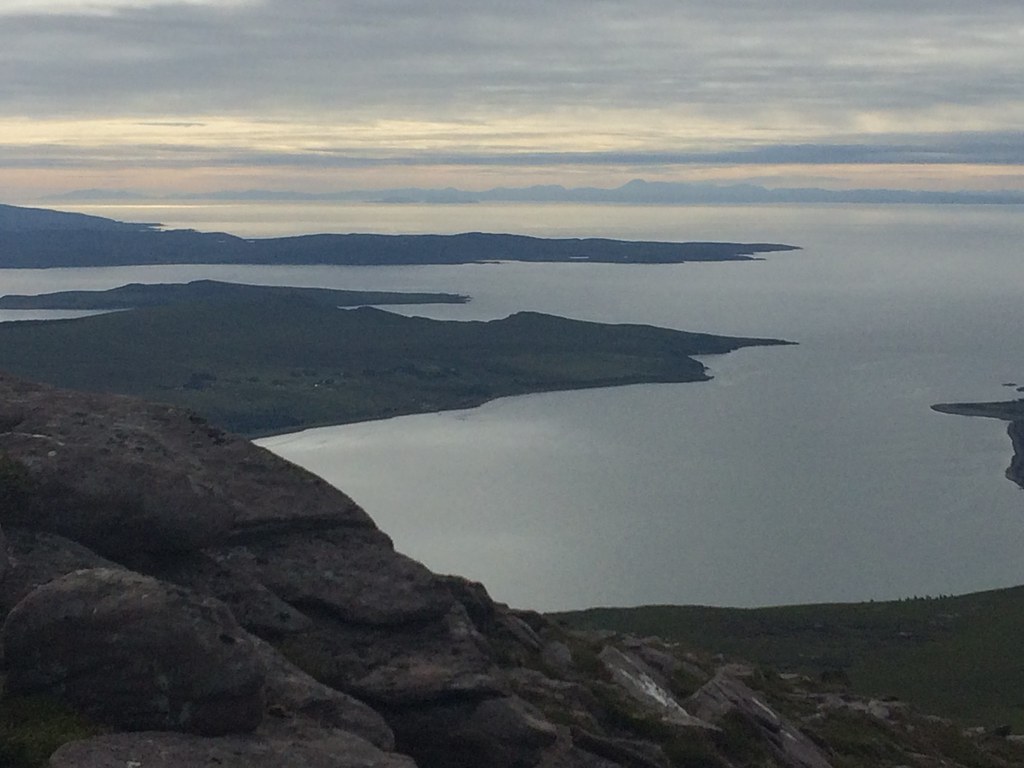 Rubha Mor and the Minch 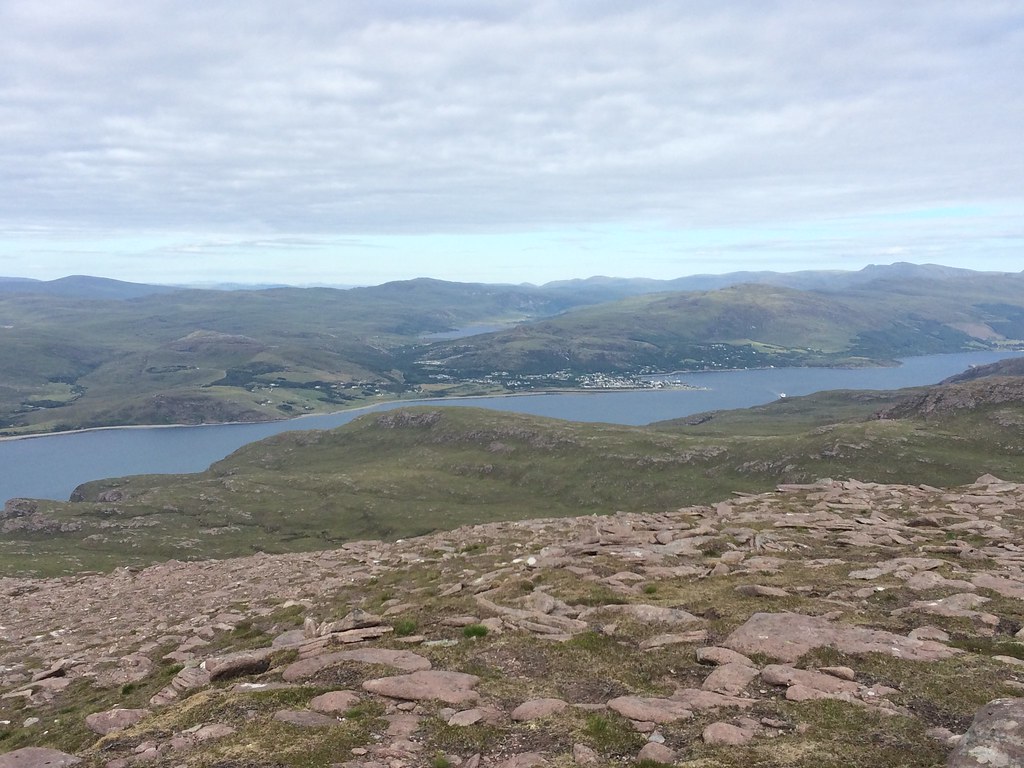 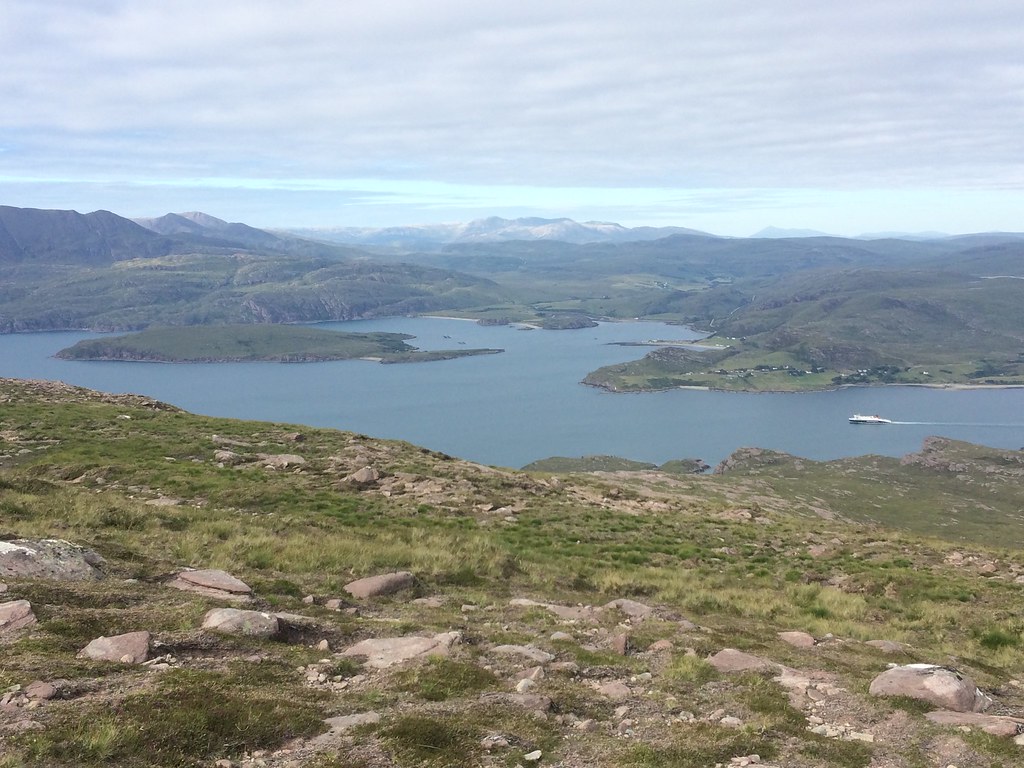 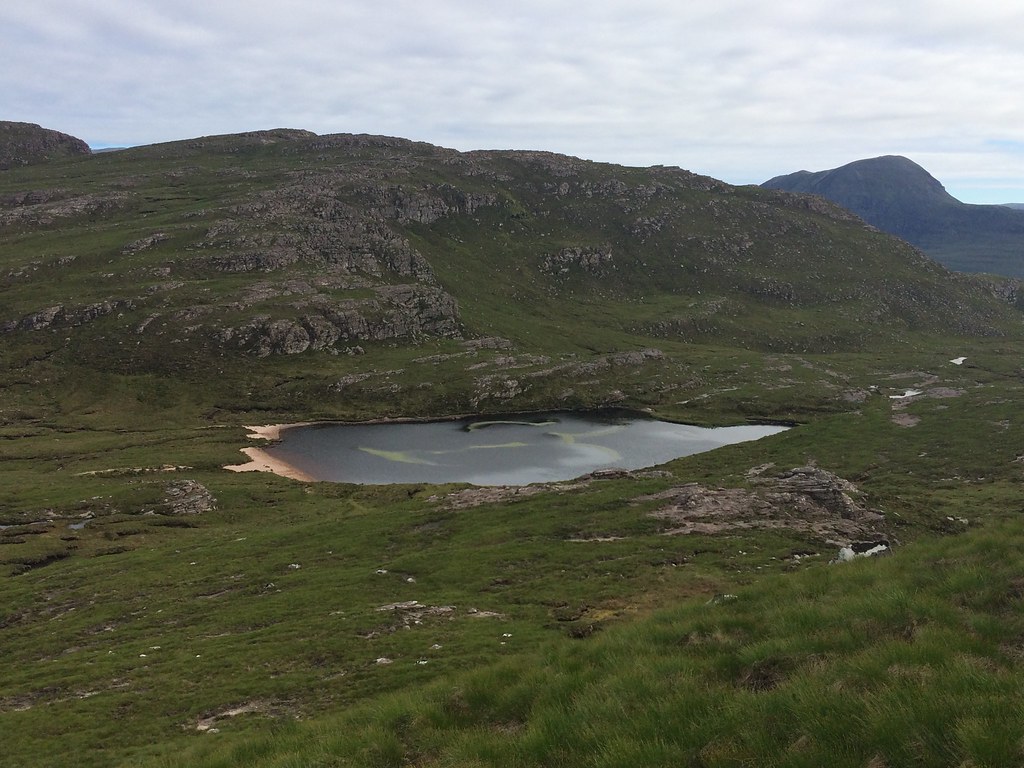 A quick stroll across the beach led us to another scrambly section onto the ridge west of Cnoc Bhaid-rallaich. Dad wasn't too bothered about this summit and I had been over it a couple of times before, so we skirted it to the west. 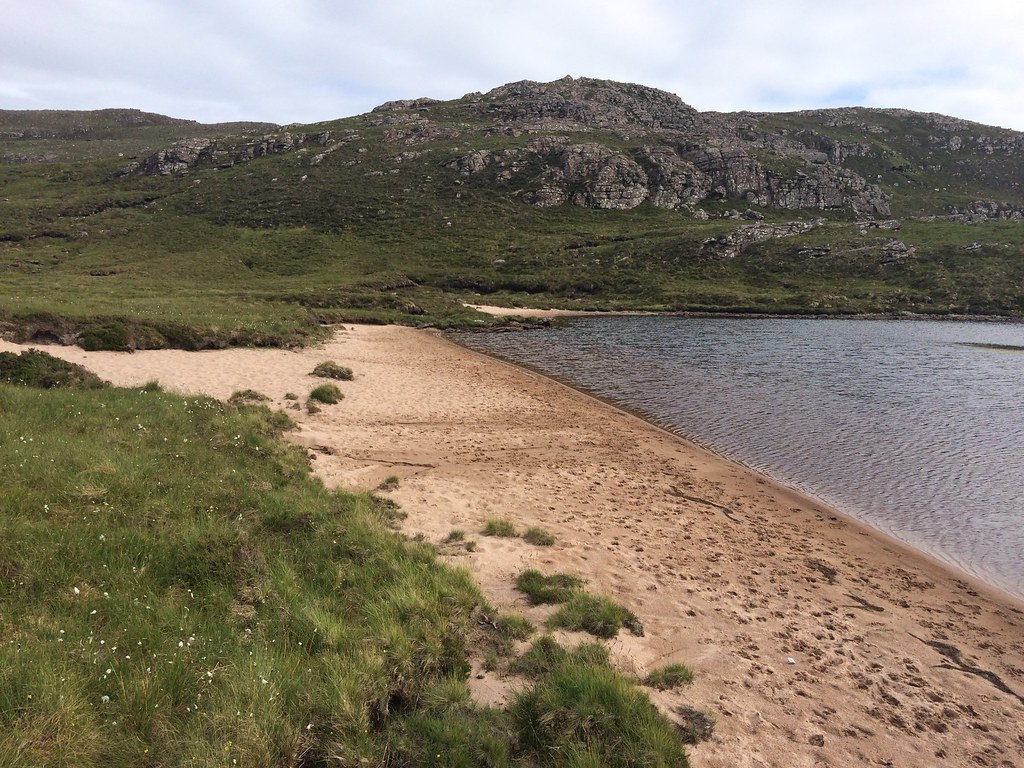 Beach on Loch a’ Bhealaich 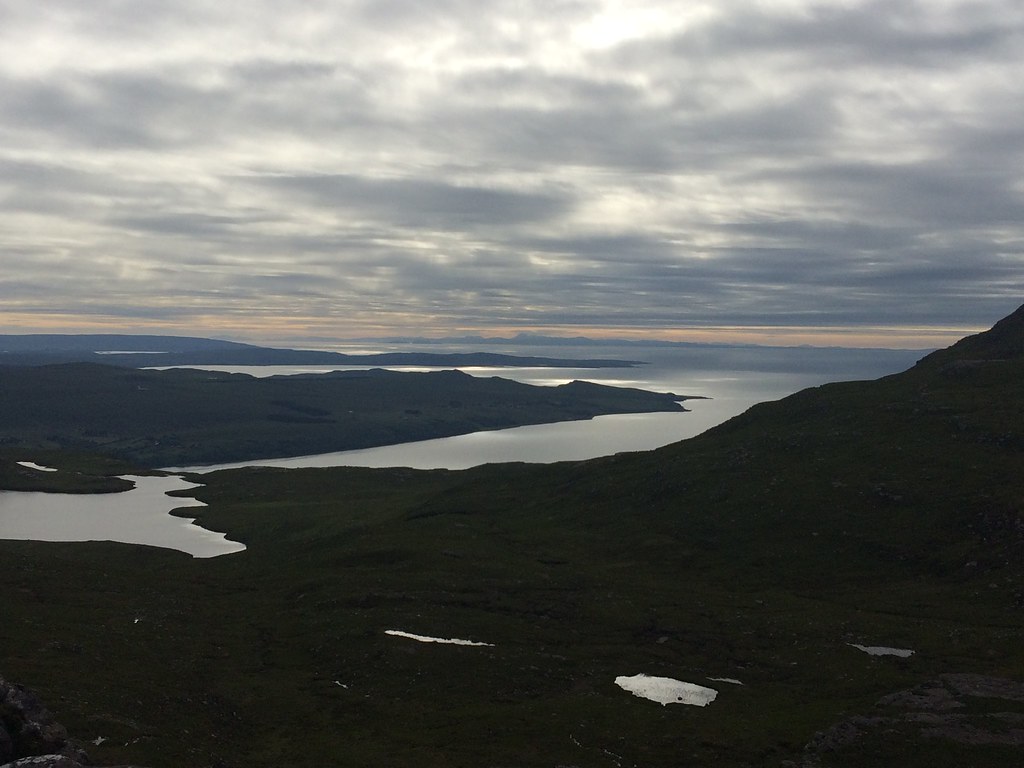 Across the Rubha Mhor to Harris 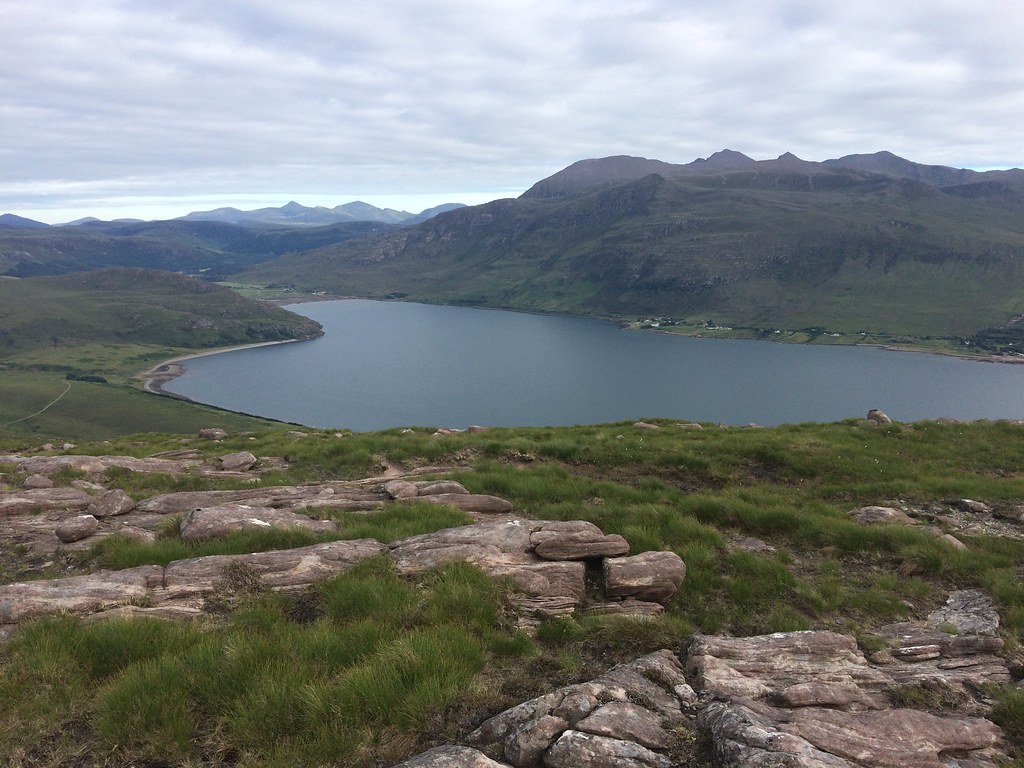 From the western shoulder of Cnoc Bhaid-rallaich 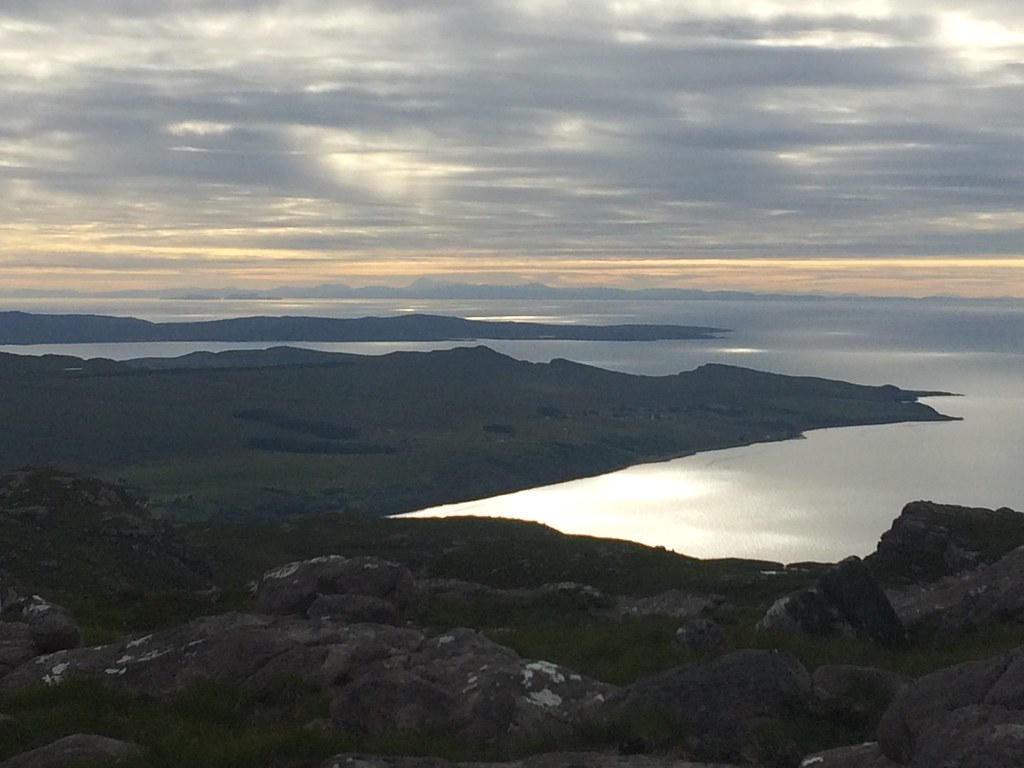 Out to North Harris 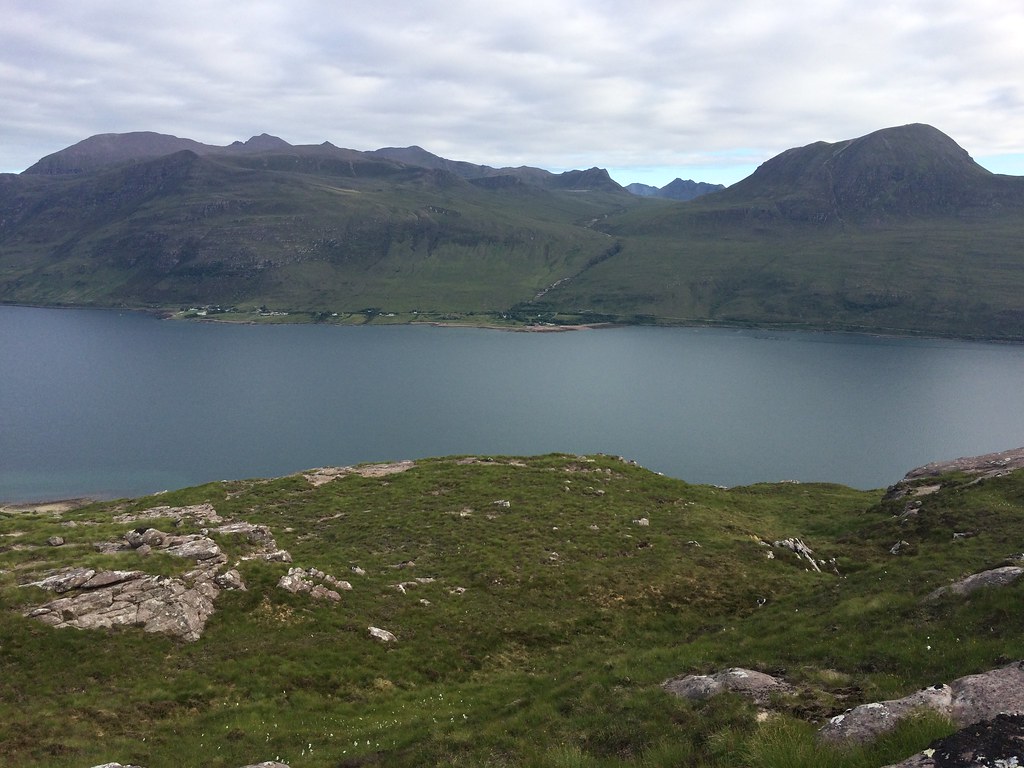 The slopes leading back to the road-end are a little on the rough side. Dad wasn't overly impressed with them but managed to stay on his feet. I left him to it. 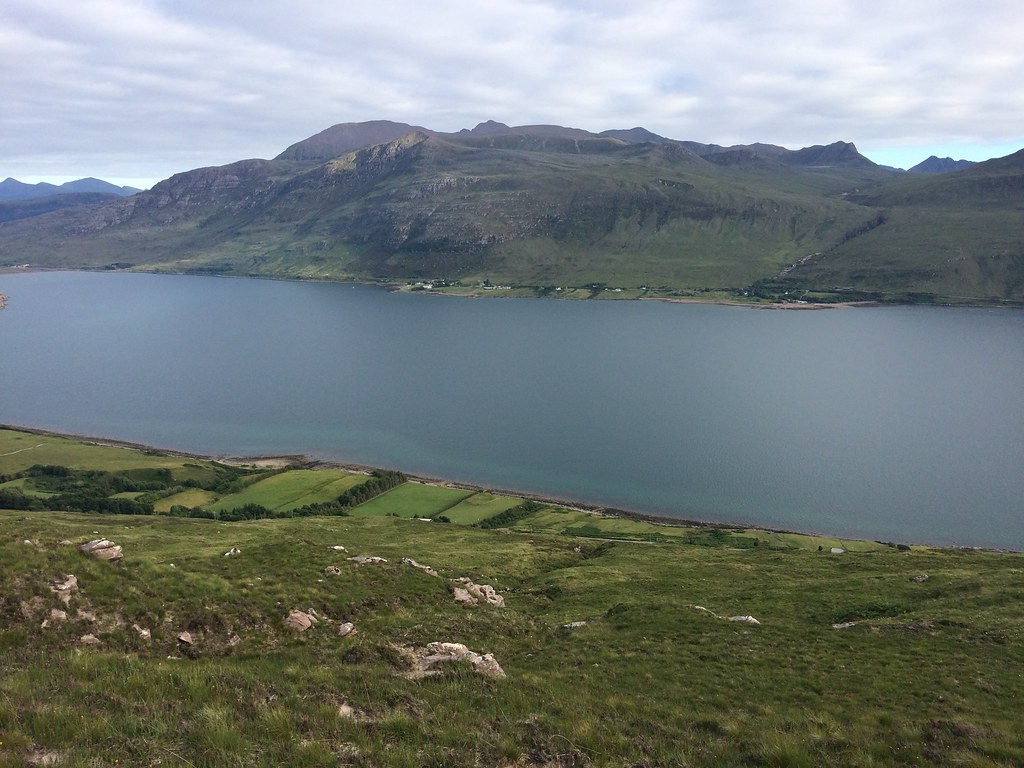 Little Loch Broom and An Teallach 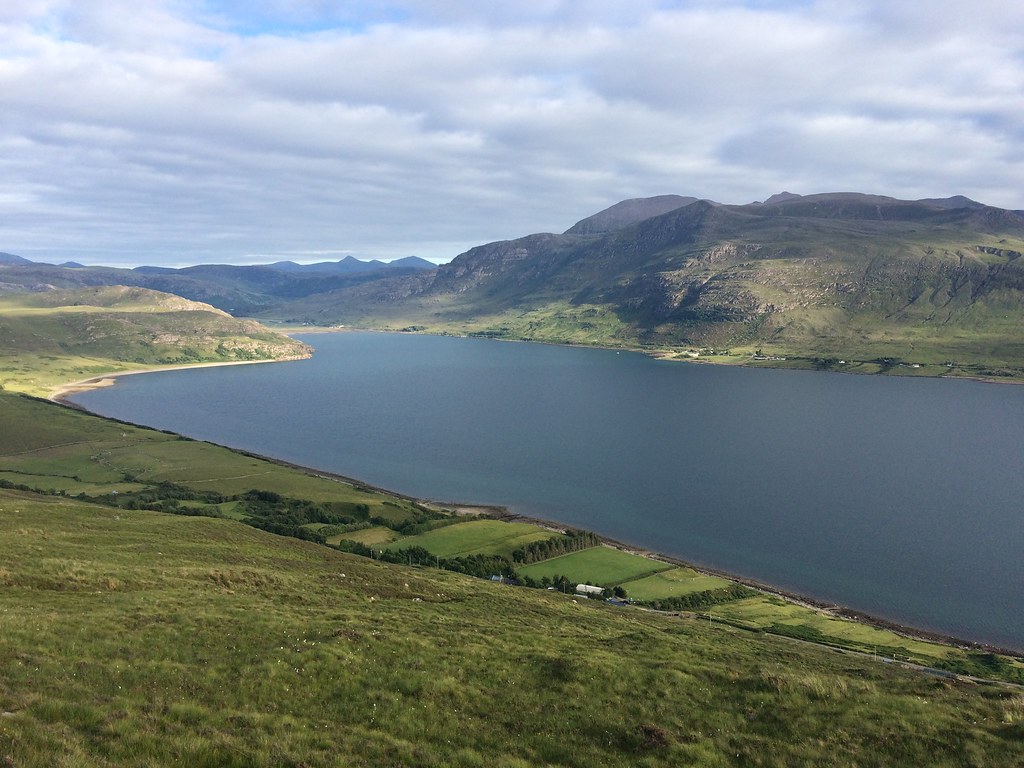 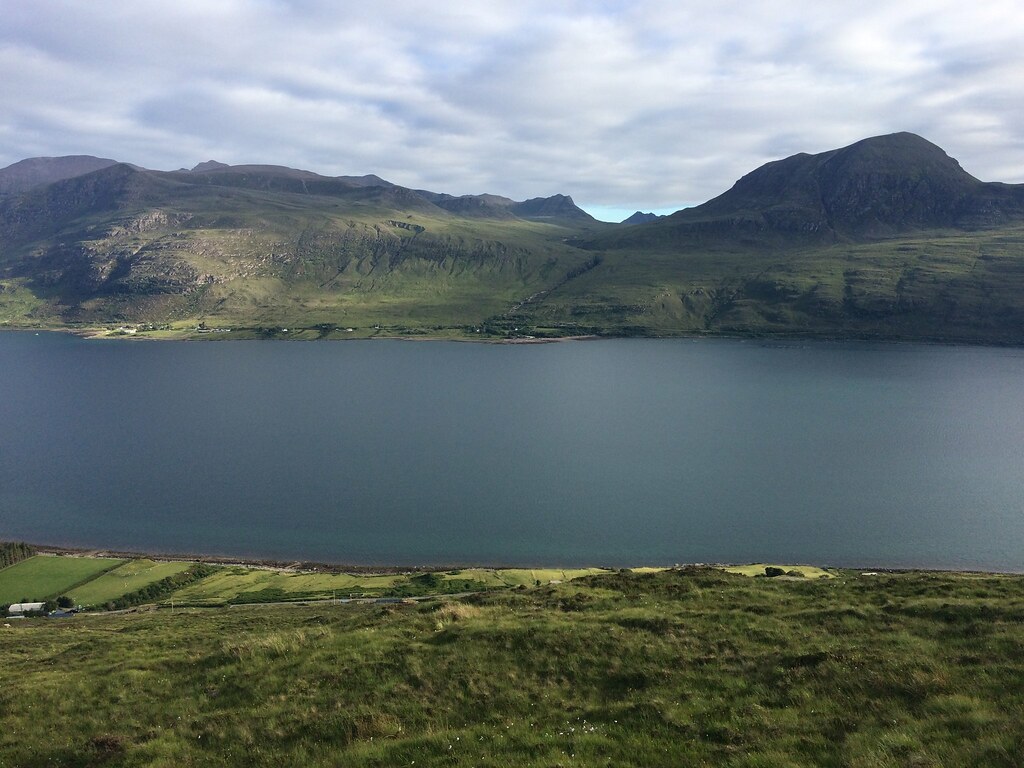 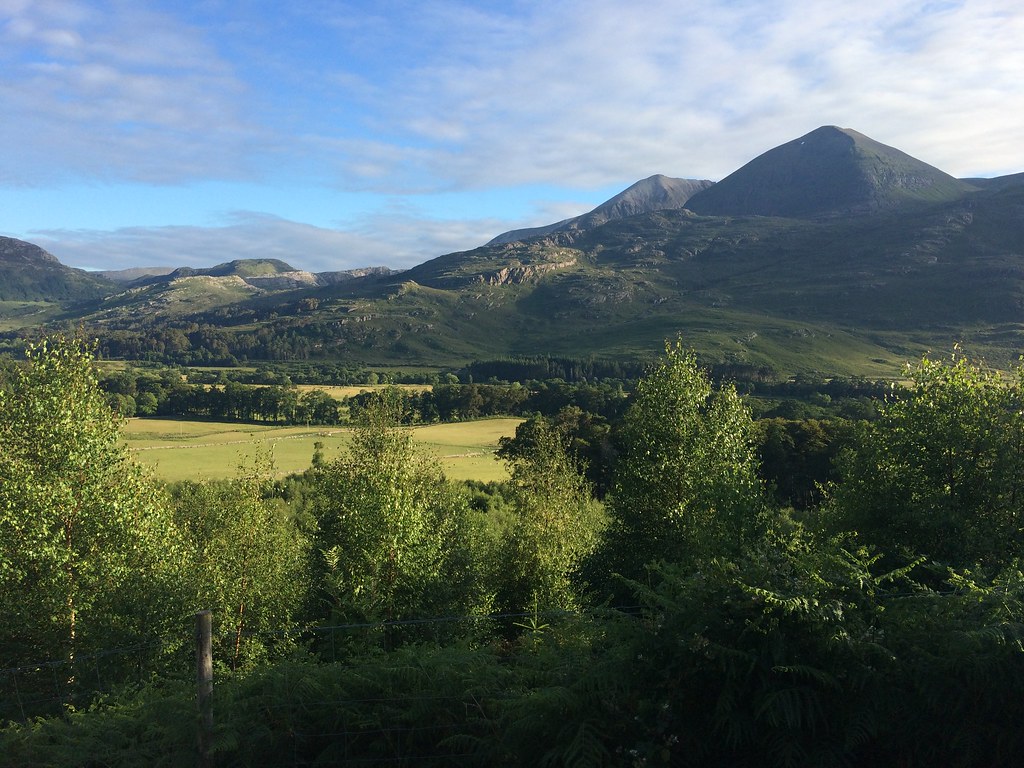 This hill always provides great entertainment for its low height, not to mention good views.

So many great hills in the North West - too many for me ever to get round them all...

Some nice pics there - I particularly like the one entitled "Rubha Mor and the Minch".

How often is it said that some of the lower hills make for the best viewpoints.
Certainly seems the case here making for a good circuit - cheers