A short walk into a big country.

A short walk into a big country.


We followed the walkhighlands route for this one, almost to the letter.
It's a good, easy, straight forward munro to do, I wanted to do this one whatever the weather, just to finish off the Monadhliath munros, Friday looked the better day and Geal Charn fitted in with the time we had to do a mountain before the necessary sorting ourselves out before leaving our holiday accommodation Saturday morning.

We went down the Glen from Laggan heading for Garva Bridge, the river looks to have been been re-routed to serve the reservoir further down the Glen because there's a bridge that's been left high and dry, I guess this would have been built by General Wade's men around the same time as Garva Bridge for his road, it now serves as shelter for the sheep. 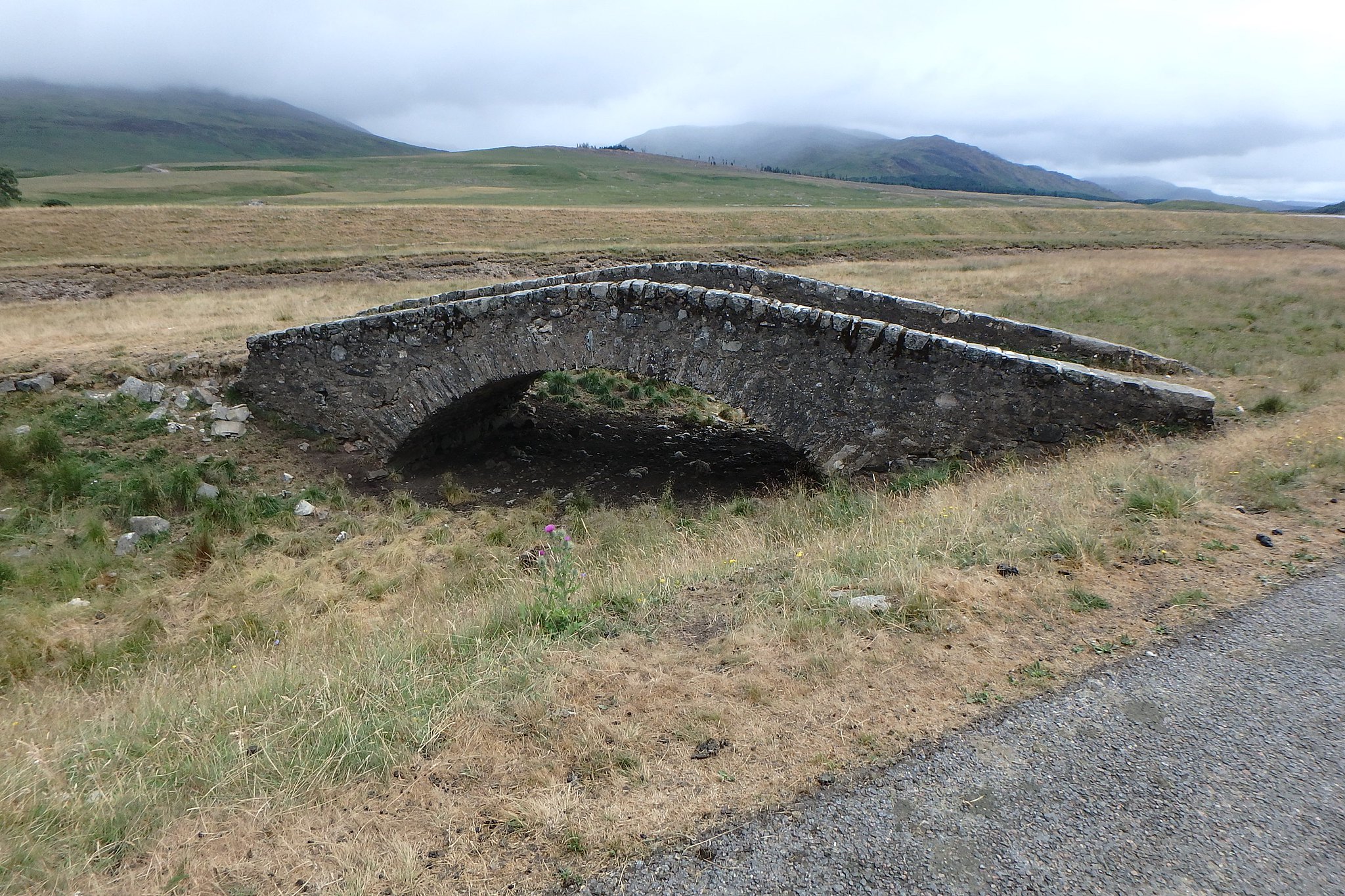 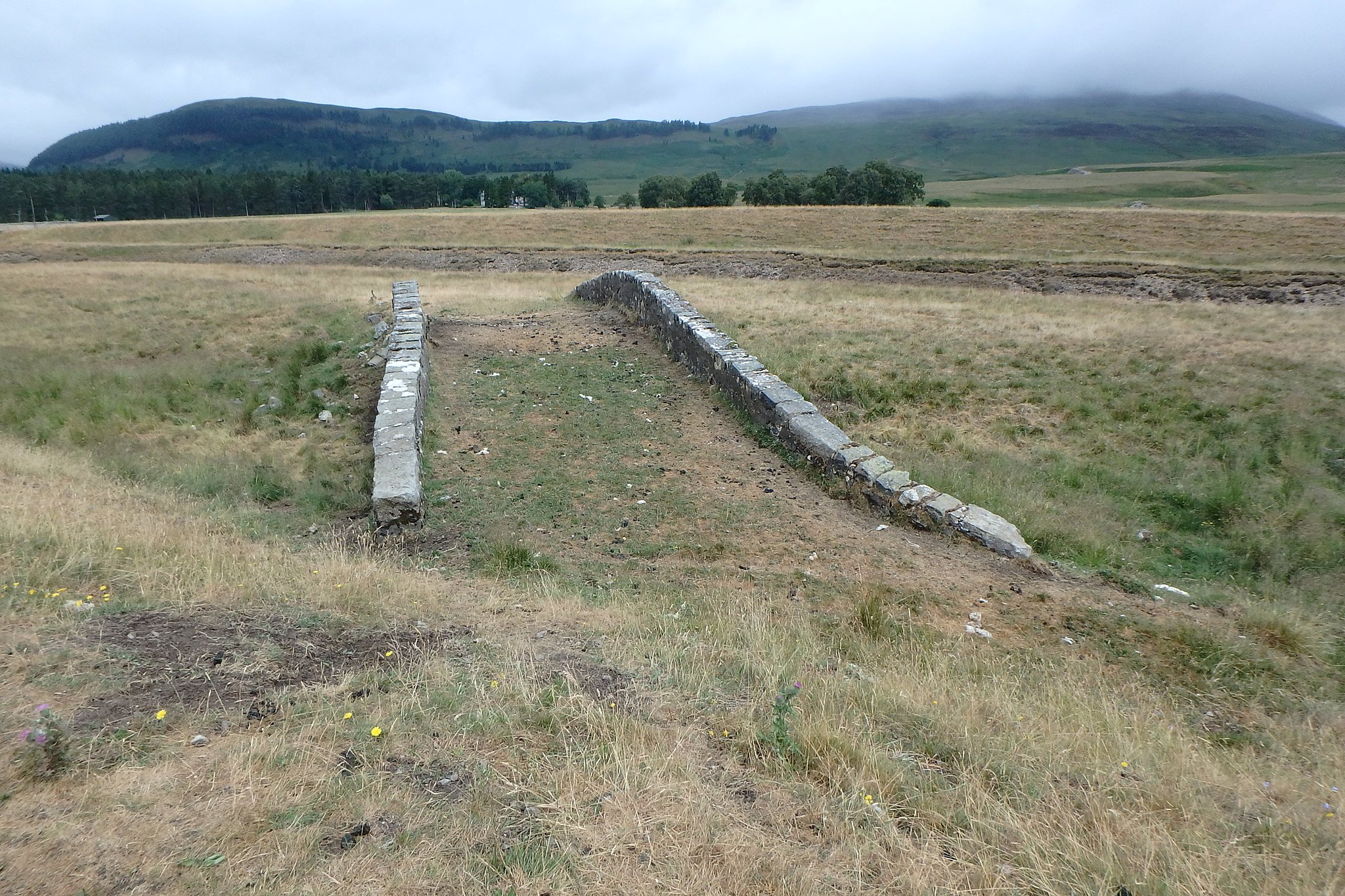 There's quite a large parking area by Garva Bridge, we were the only one's there so I tucked the car in a corner just in case it got busy

I took a few pics of the bridge and the river. 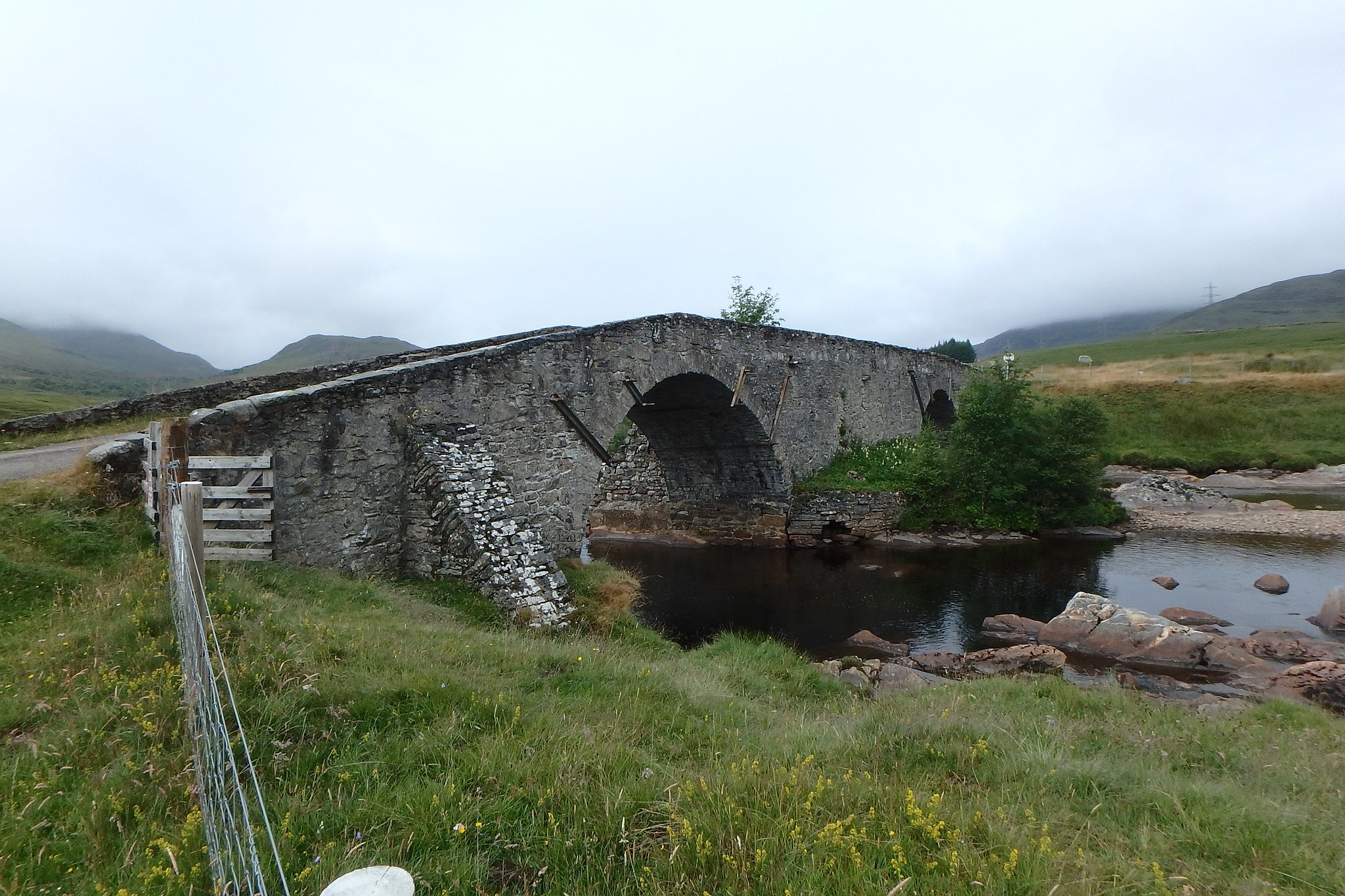 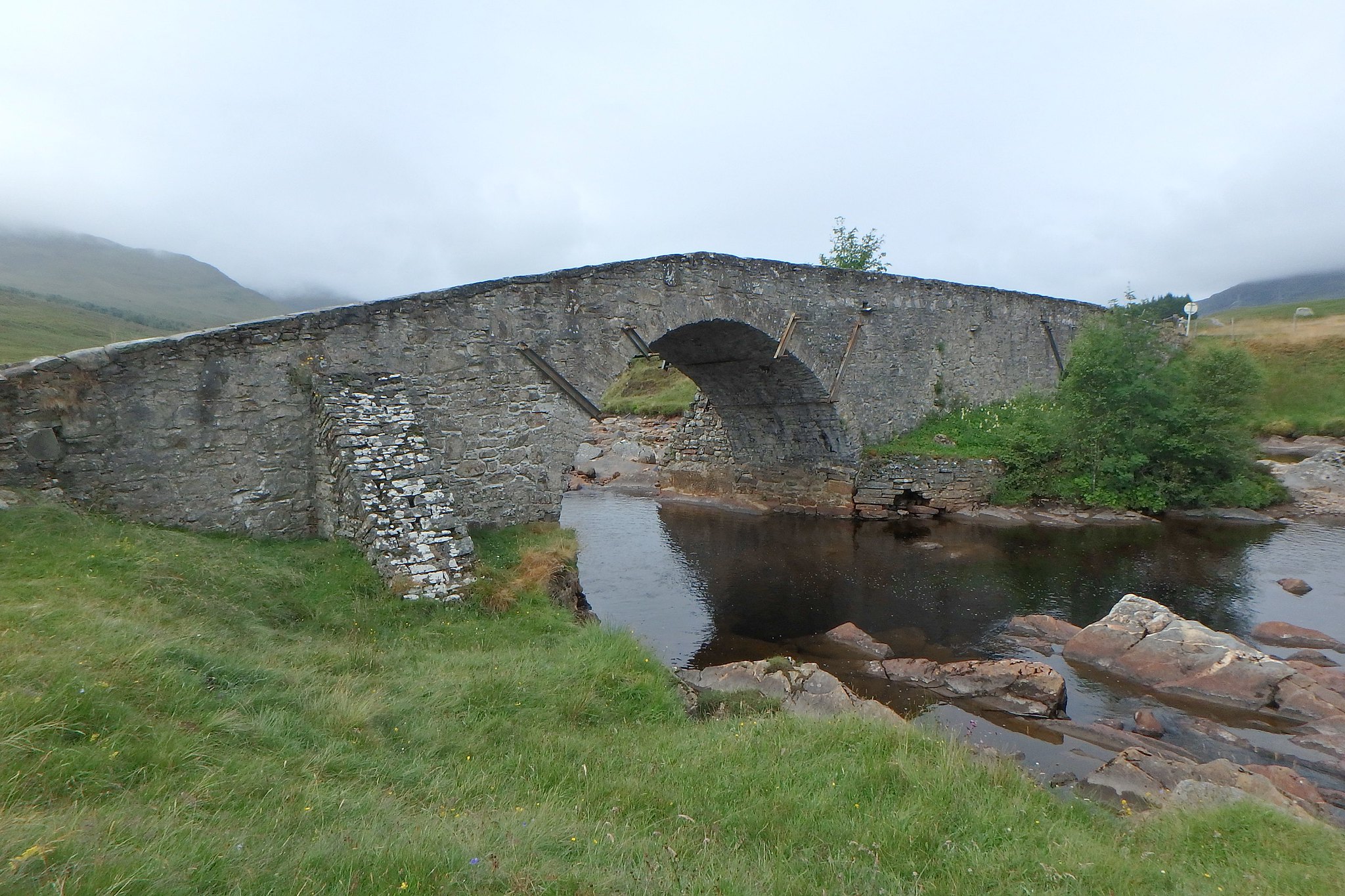 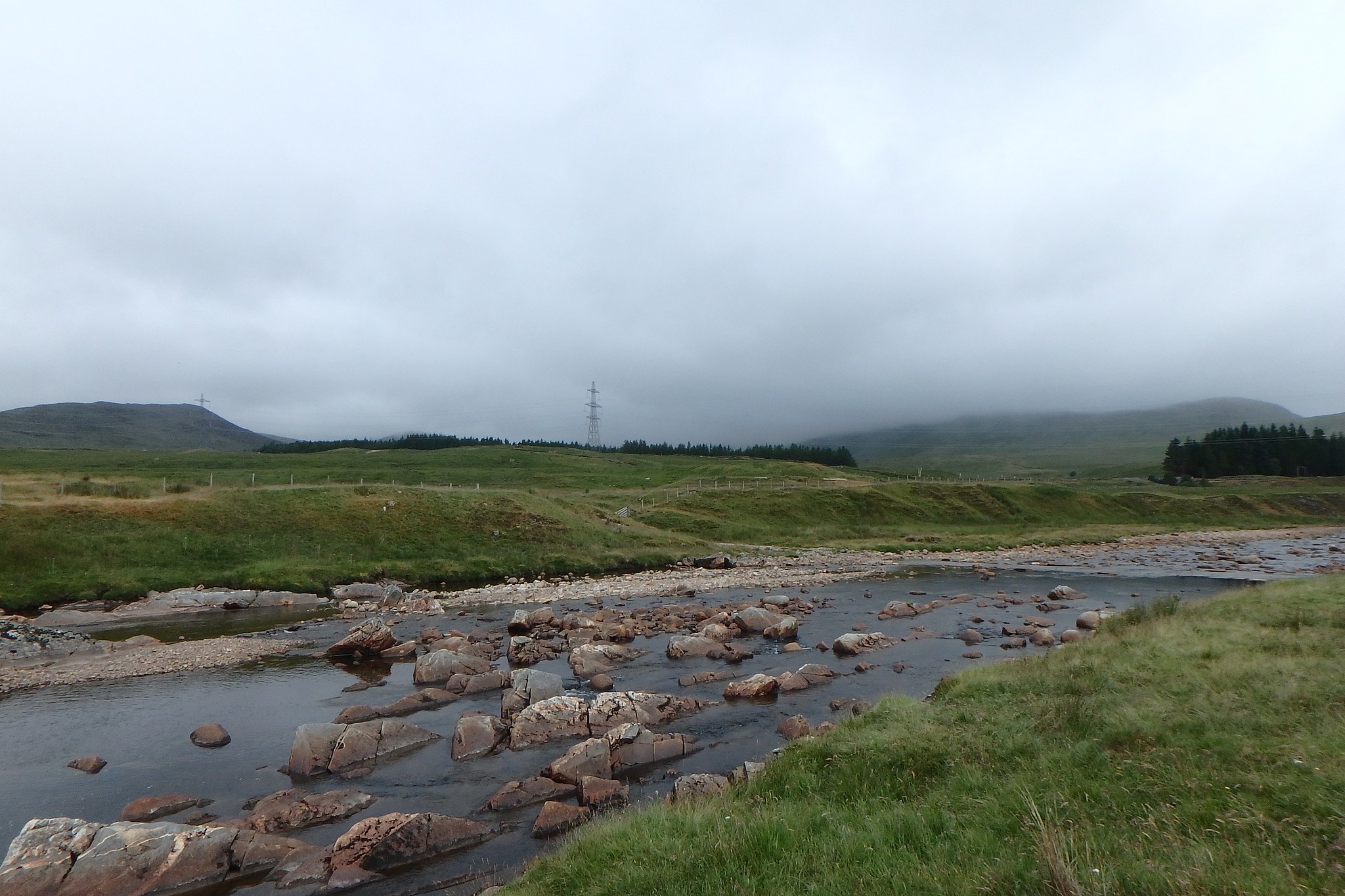 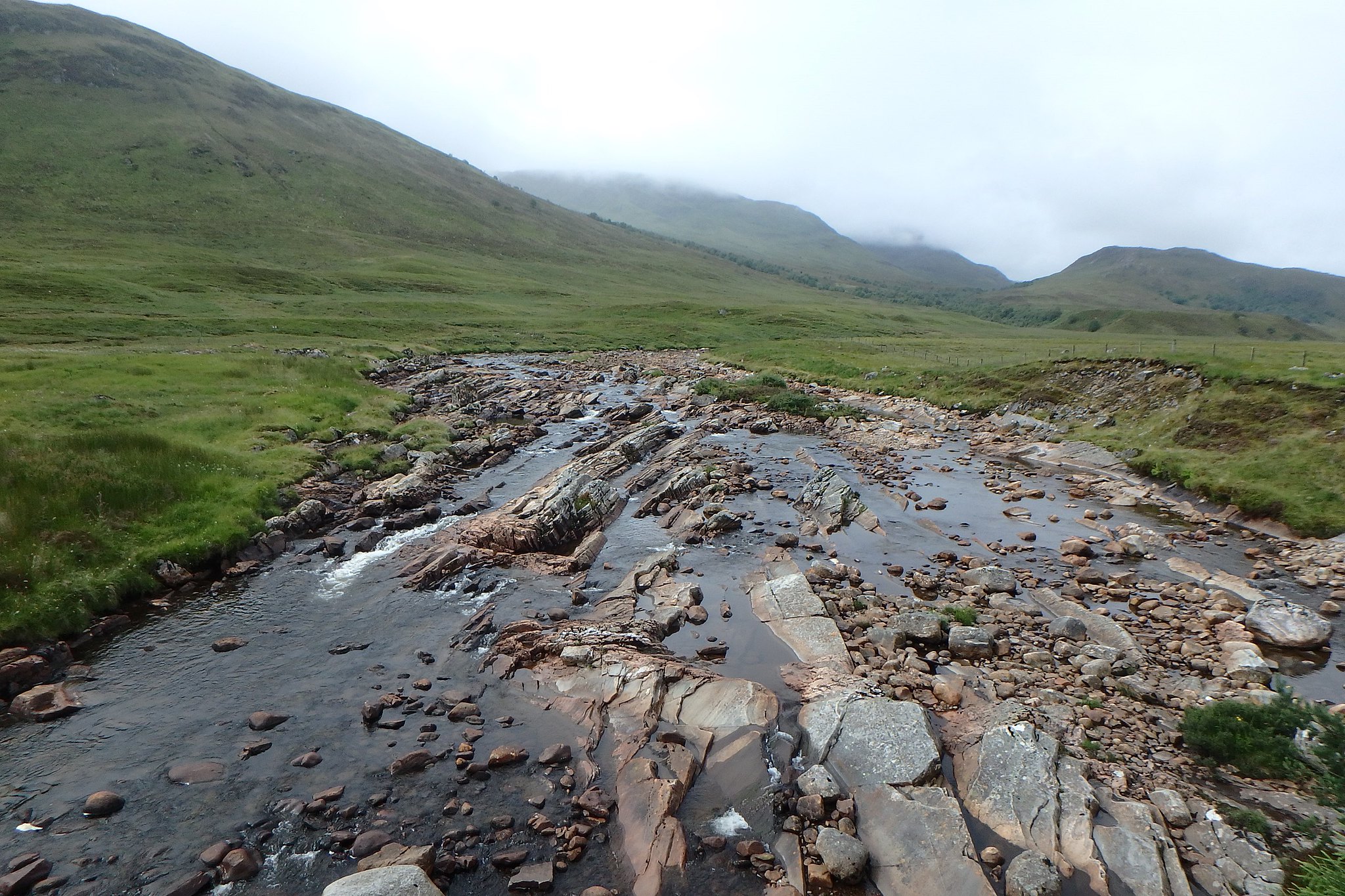 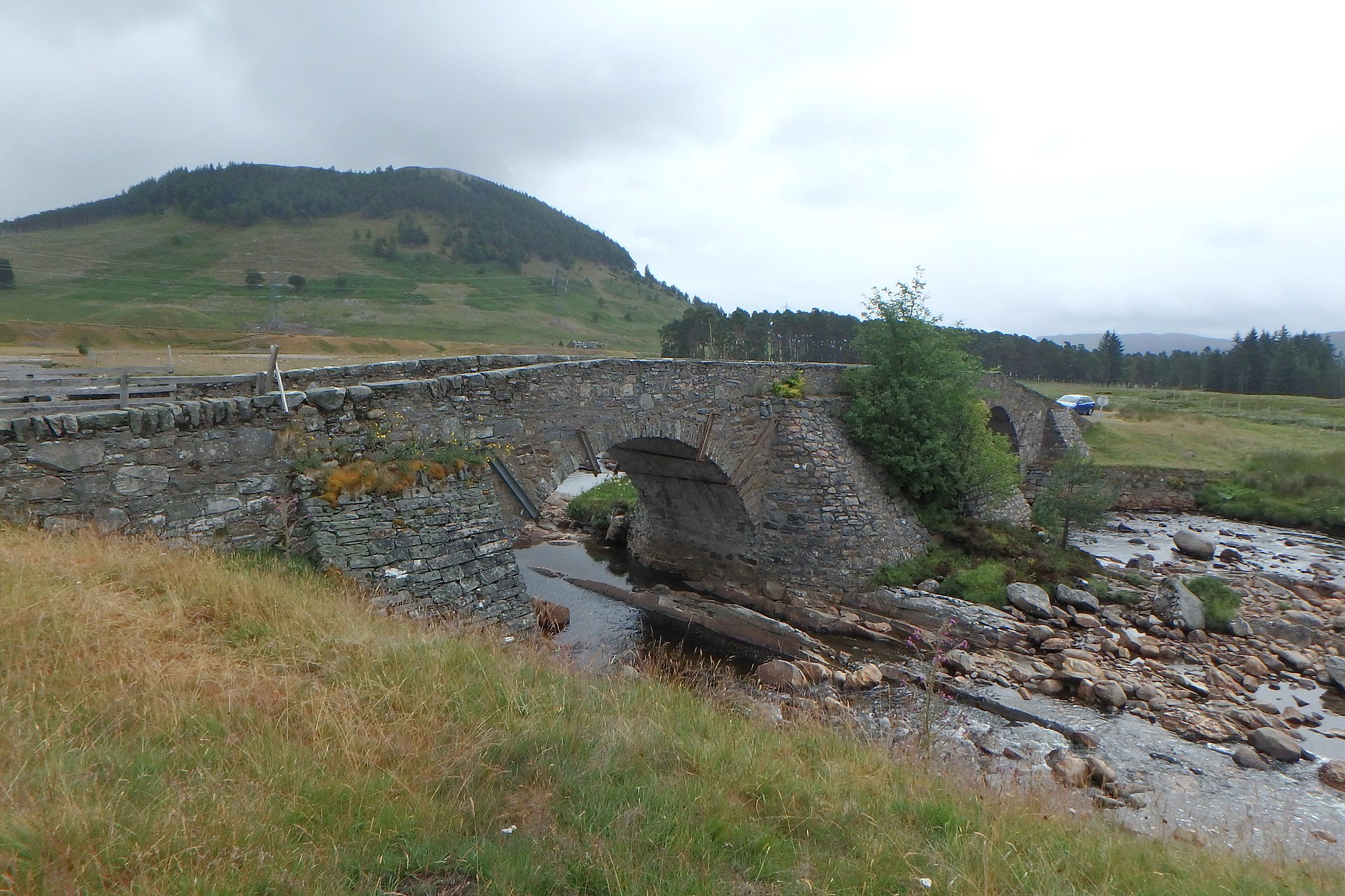 Heavy machinery on the move. 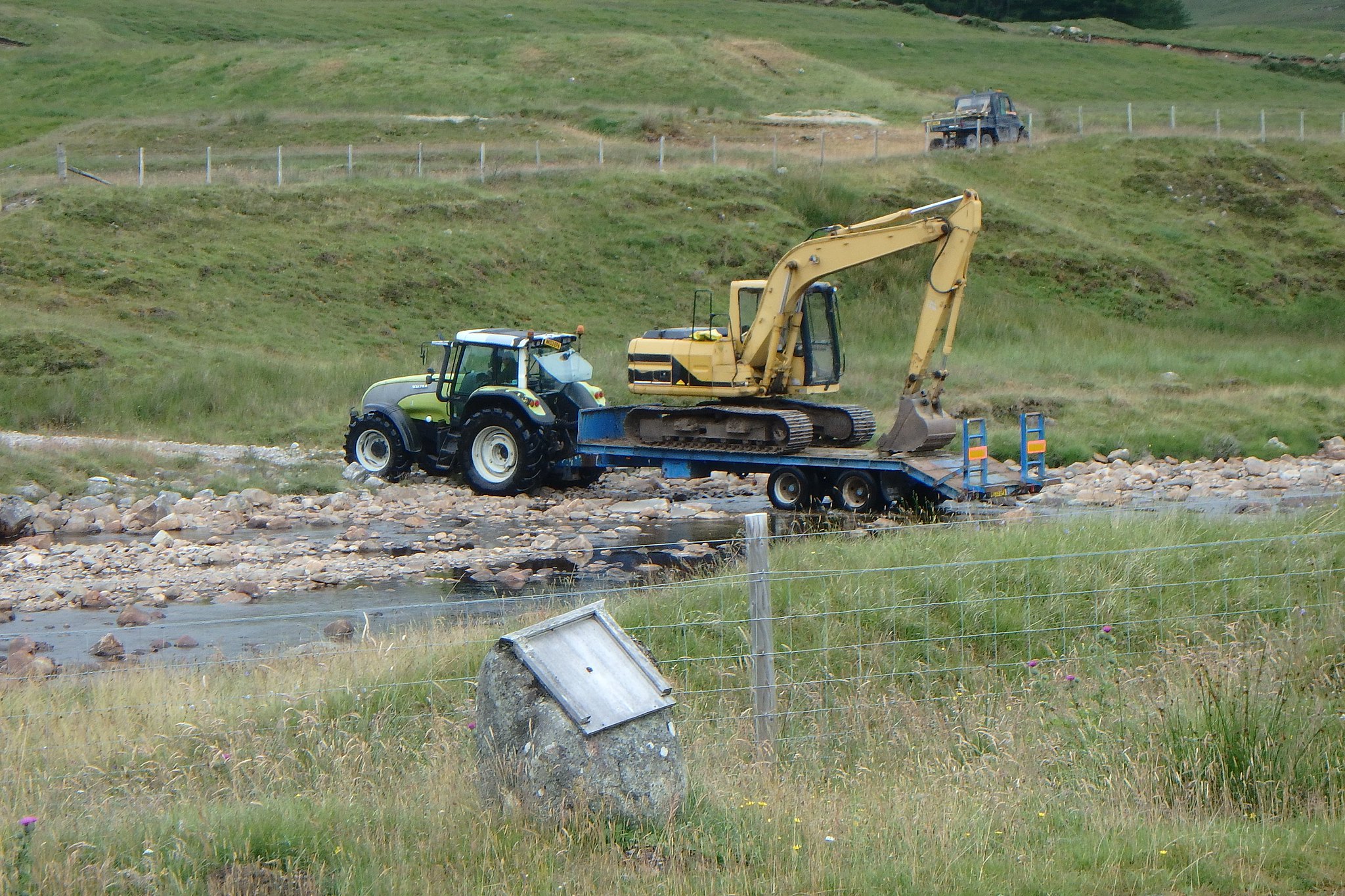 We set off over the bridge and took the track to the right at the other side. 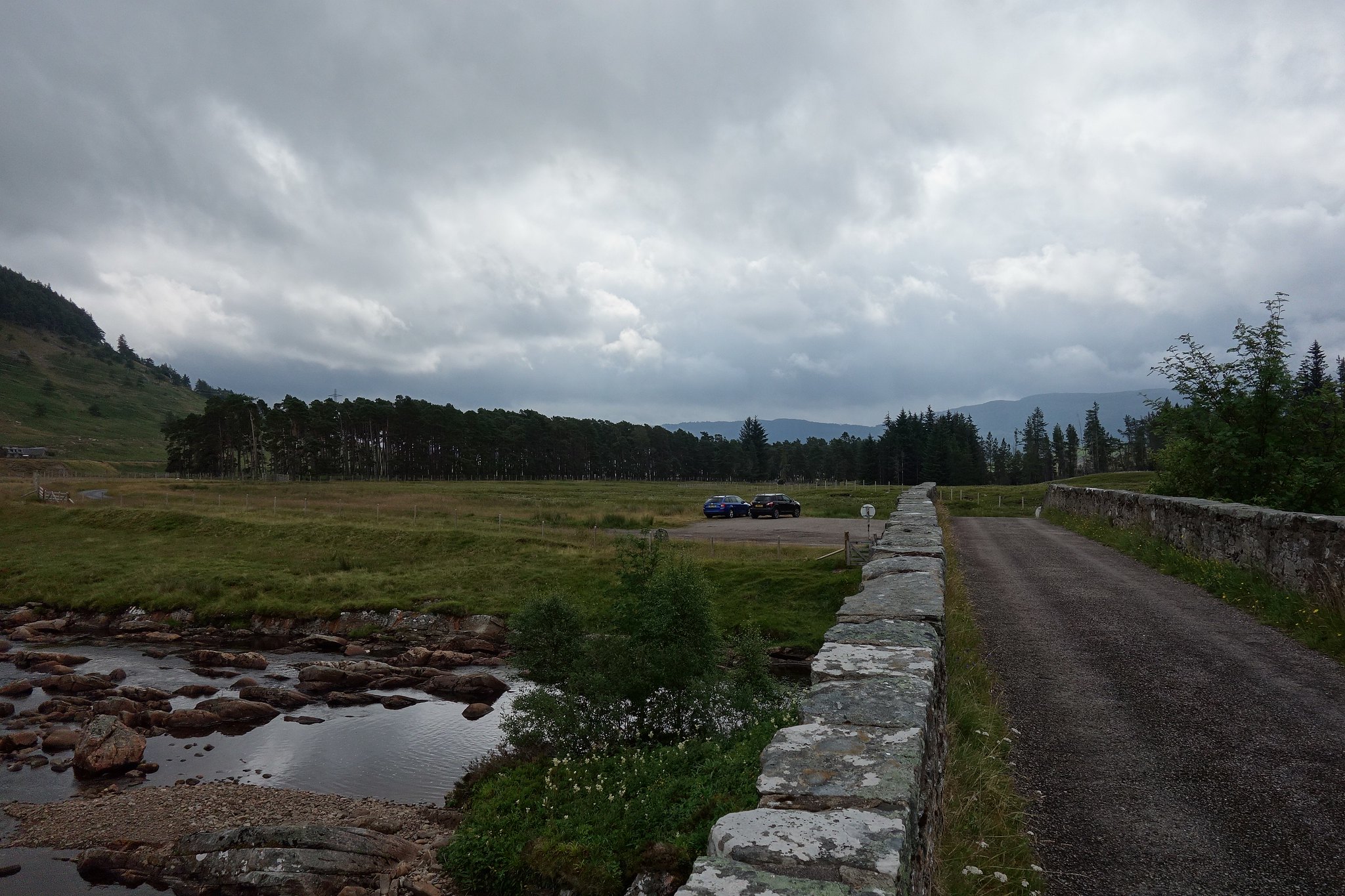 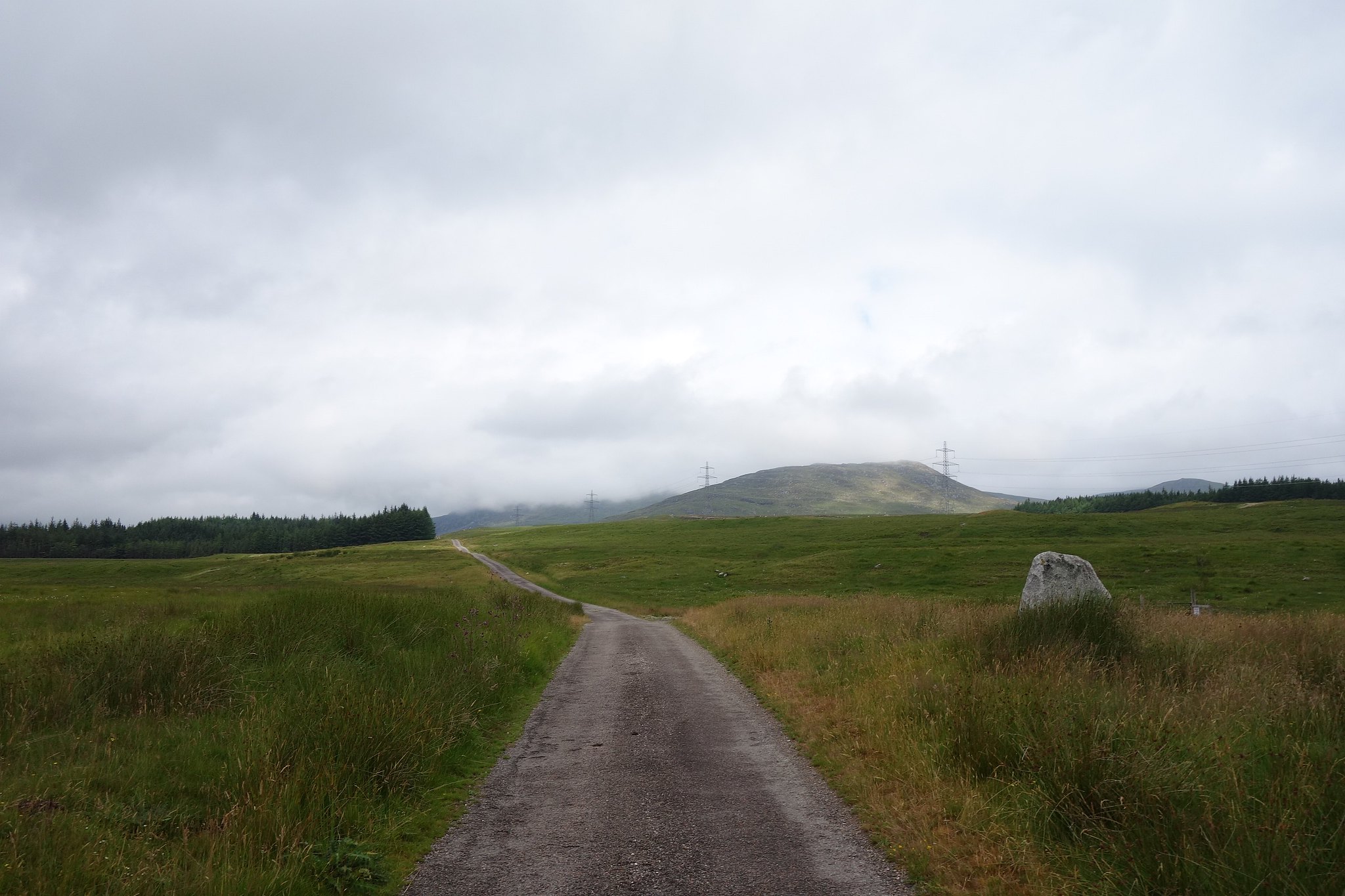 There's a lot of work being done further up the glen so a new "road" has been made for the heavy vehicles, there was quite a lot of activity so the work must be in full swing. We crossed the new bridge and followed the path that keeps close to the Allt Coire Iain Oig.

We left the track and crossed the fence here. 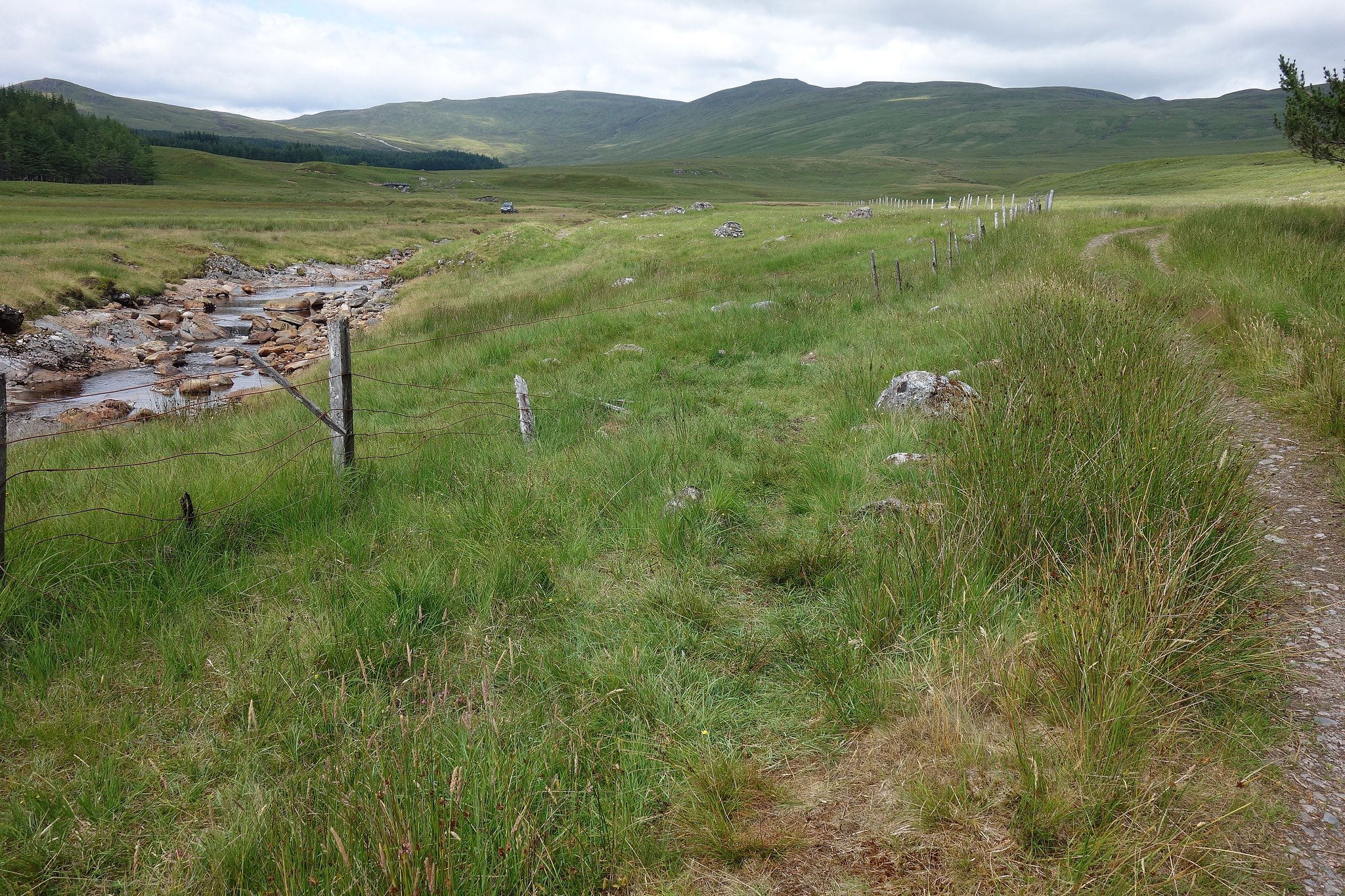 The path follows the burn. 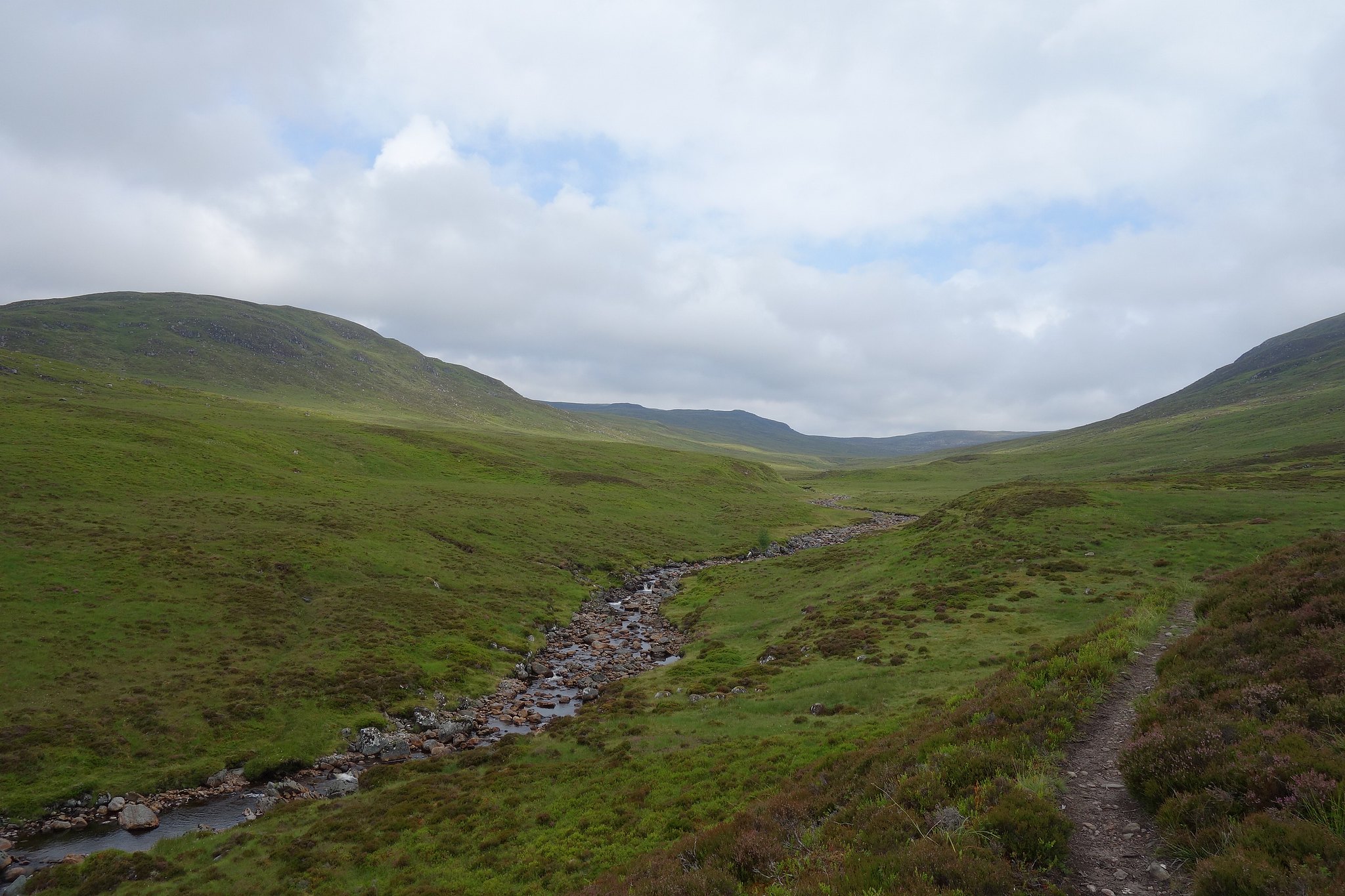 And we get a muted view of our intended a bit further on. 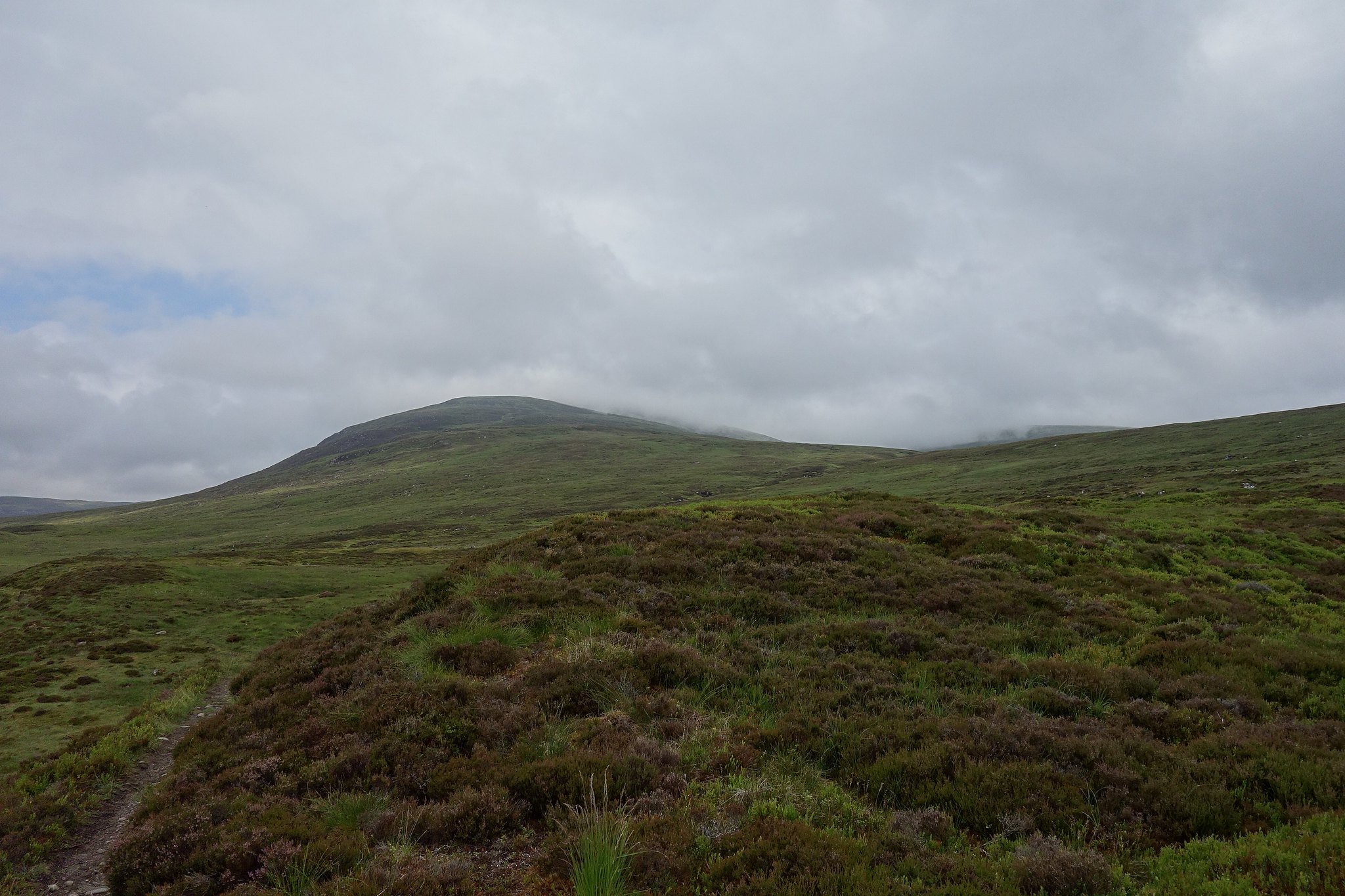 After crossing the Allt Coire nan Dearcag the path becomes a little more indistinct but it's there and followable, higher up the hillside becomes much dryer so the path improves a lot.

Looking back, we're above the Allt Coire nan Dearcag 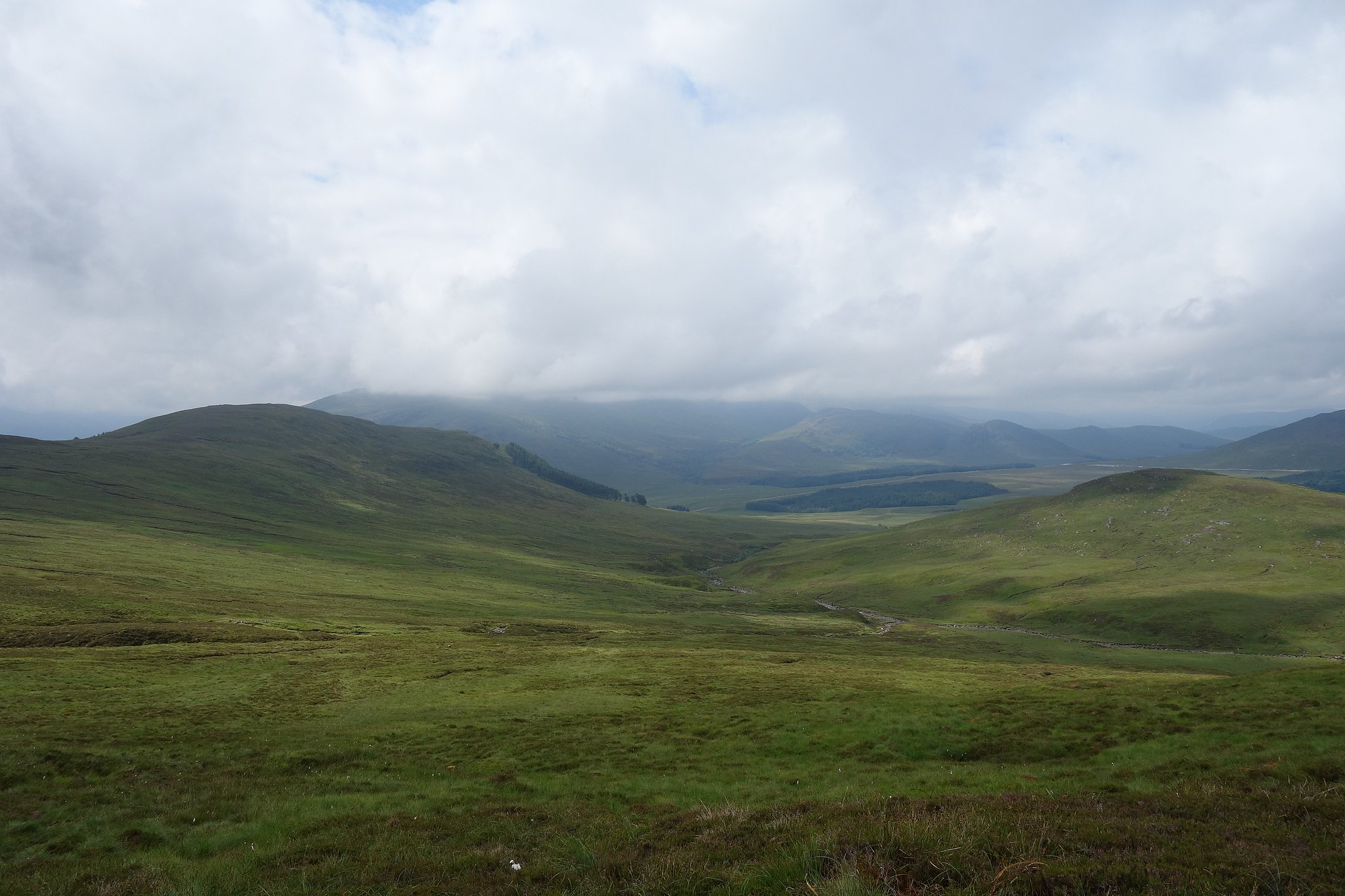 It got a bit misty around the 800m mark so the views were a bit muted. 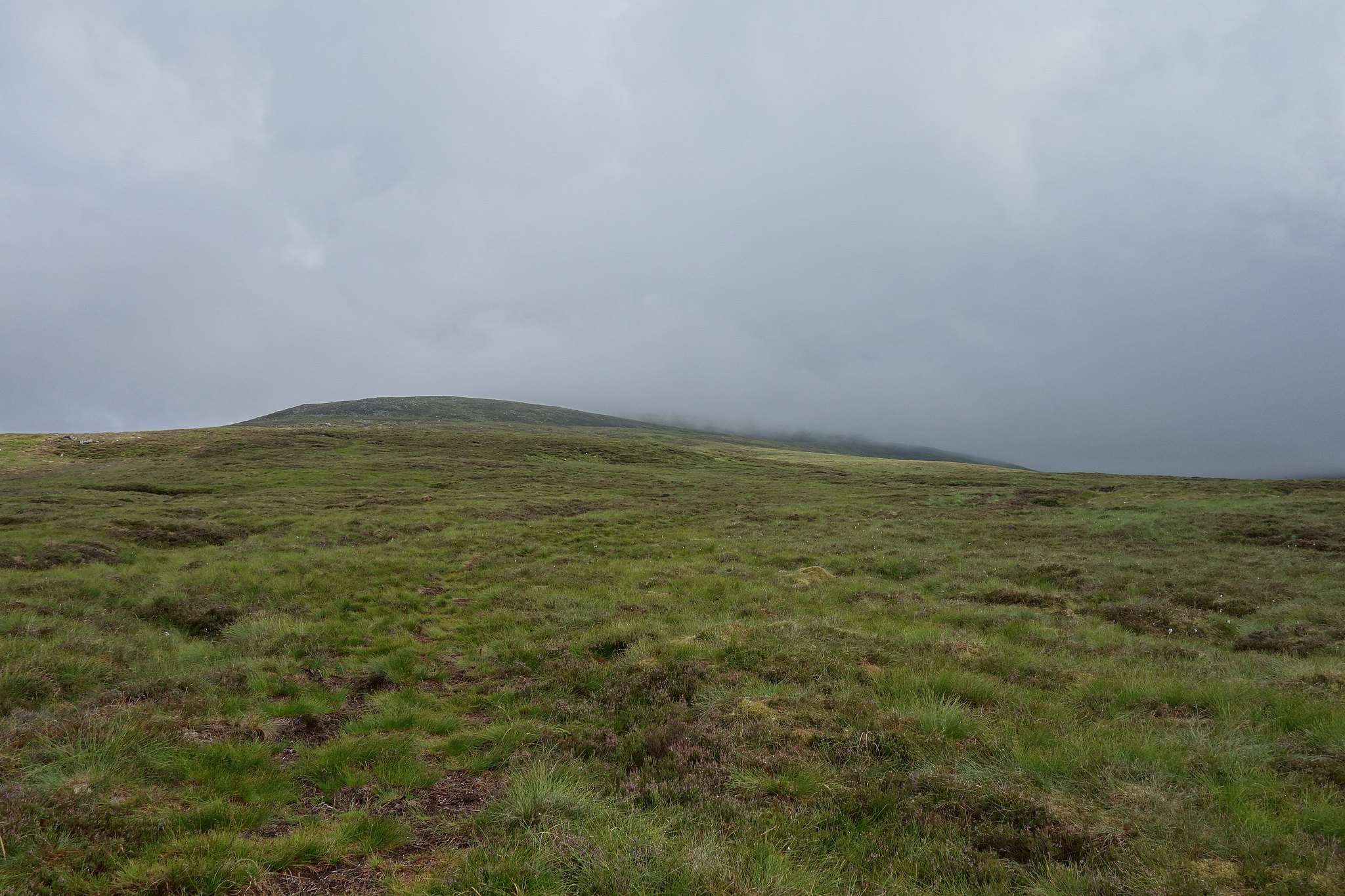 It was getting brighter though so we hoped that it would burn off by the time we reached the top, as we got to the point where it levels off we kept getting glimpses of the summit cairn so it was looking promising. 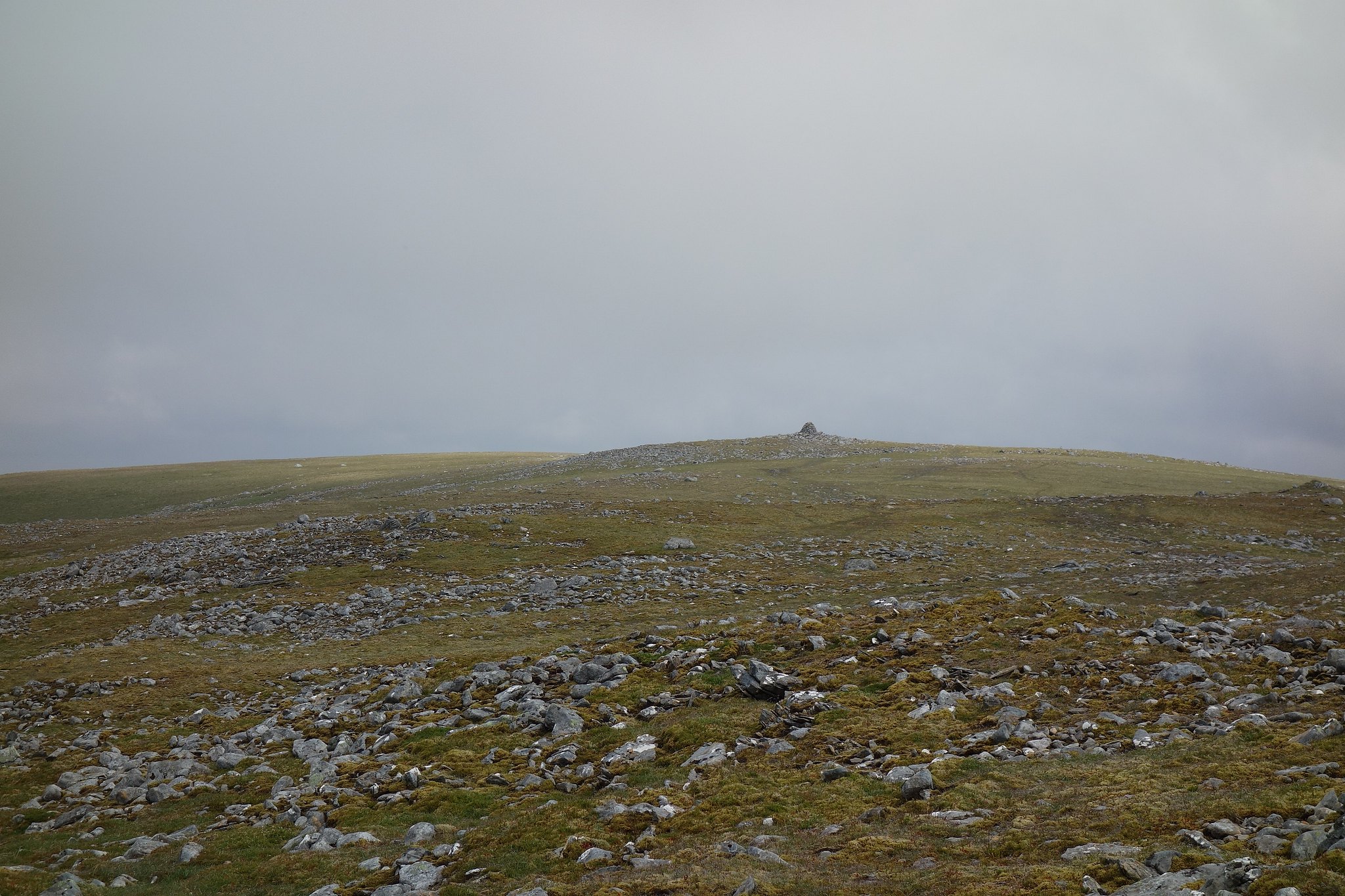 At the summit we spent about 3 minutes in the mist then it cleared, this was a nice change because it usually waits until you leave the summit and descend a 100 meters, so we managed to get some views after all. 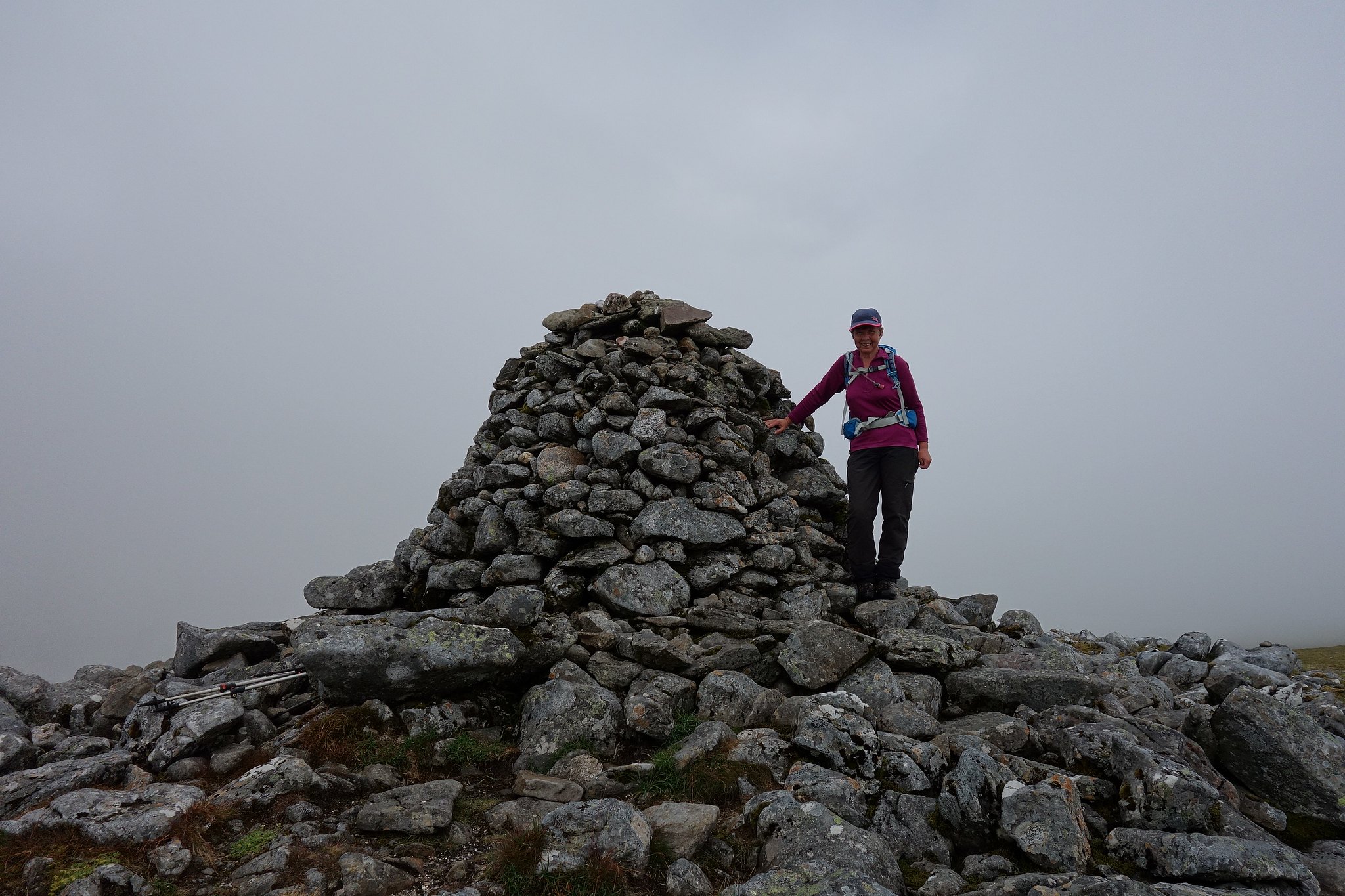 We had a good long sit down and some lunch on the summit, the weather was improving, the sun came out and the little cool breeze became a little warm one. 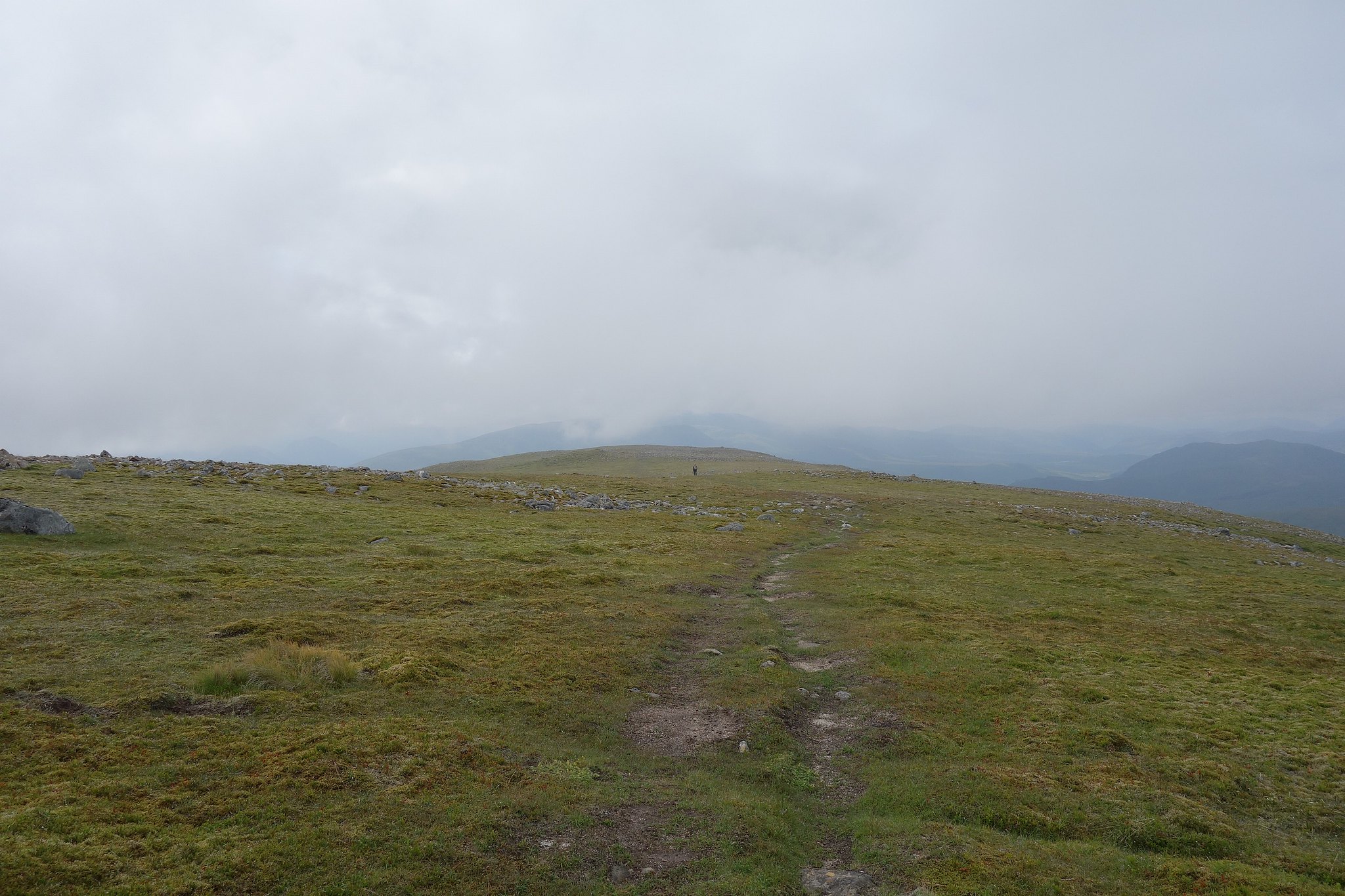 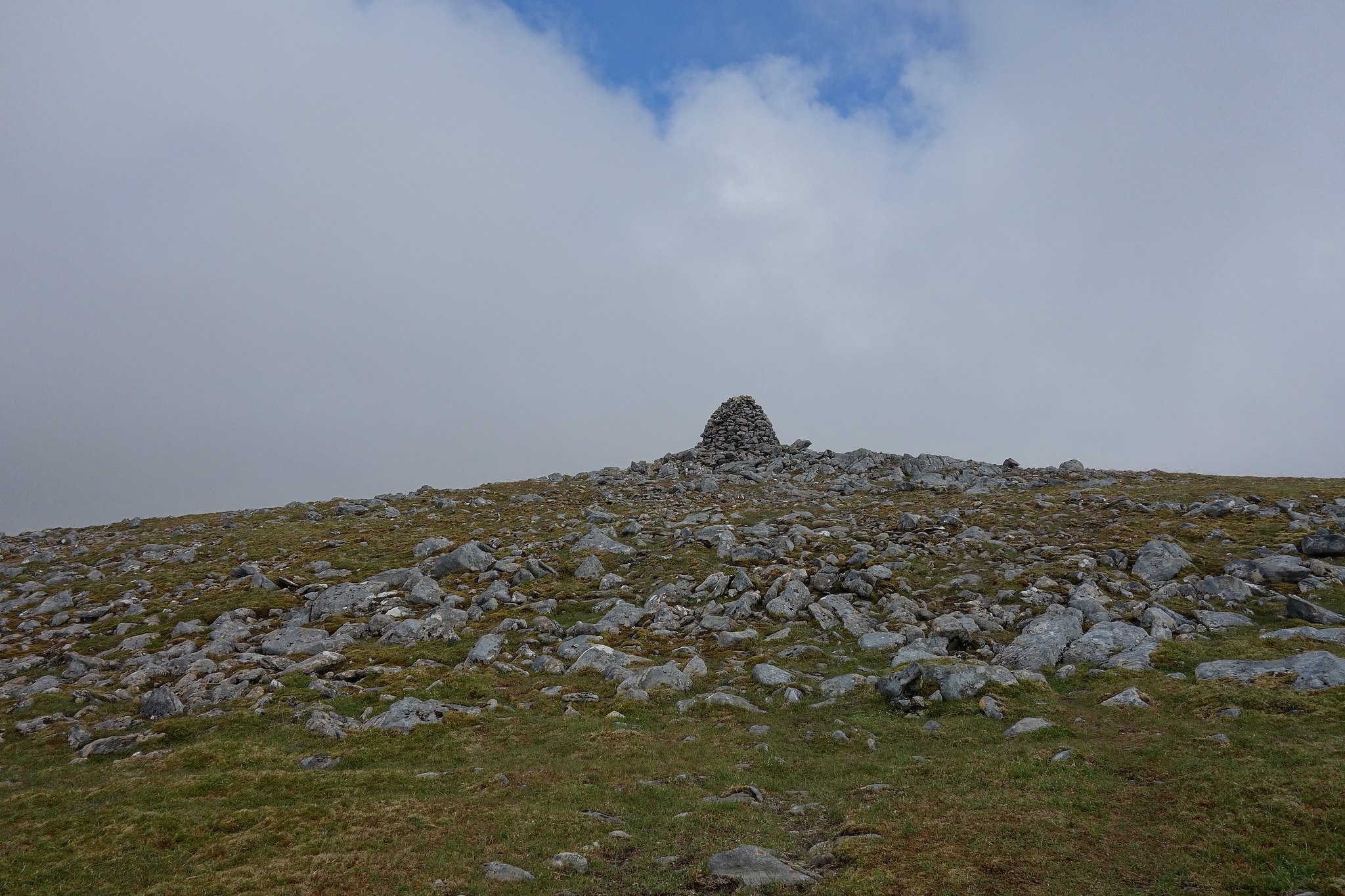 The main thing that catches the eye is the new wind farm that's being built to the north, it seems that the hand of man is evident just about anywhere nowadays even in the wilder parts of the Highlands, good or bad? I have my own opinion on that one, it just seems that un-spoilt is becoming spoilt slowly but surely. 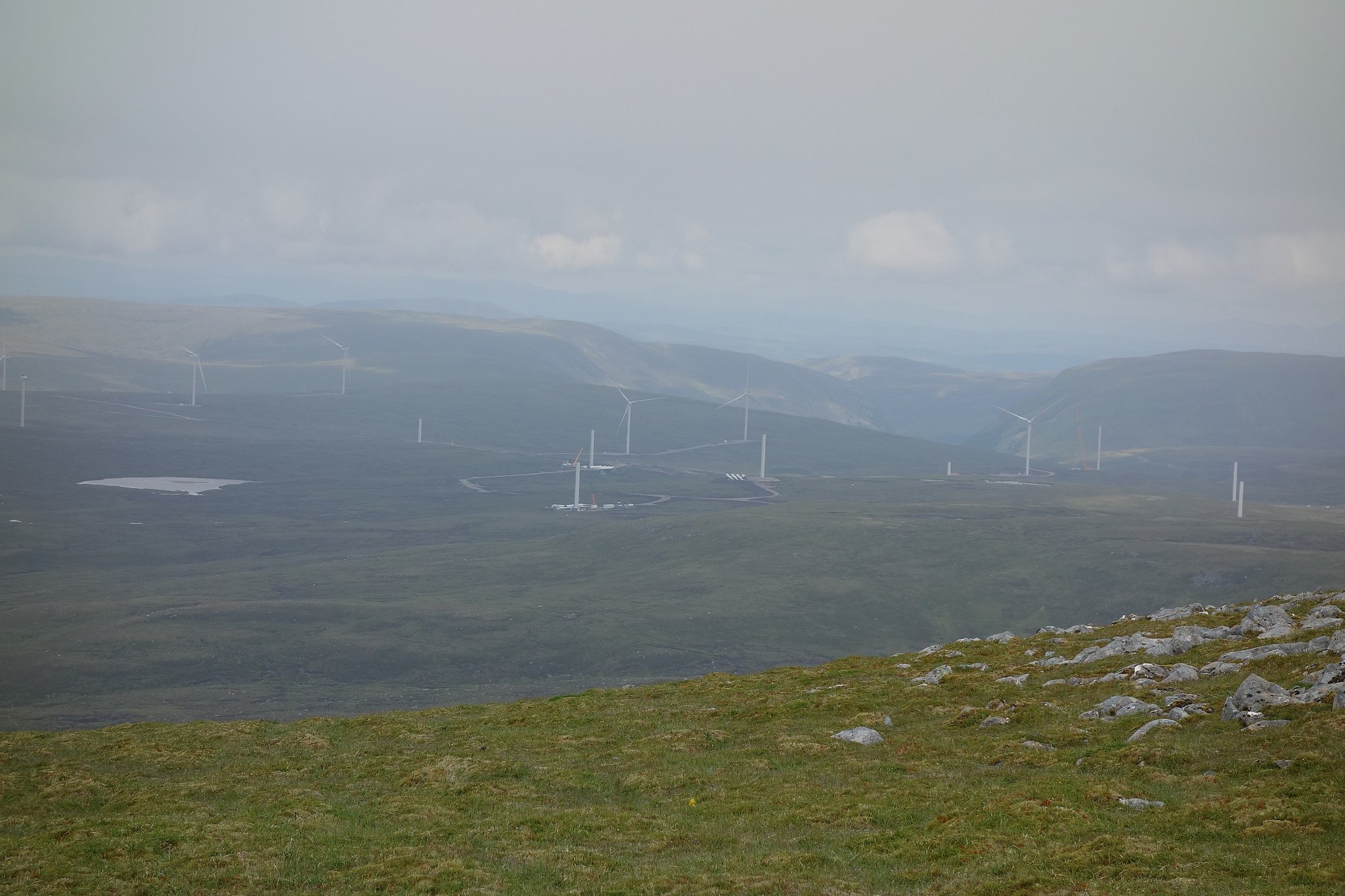 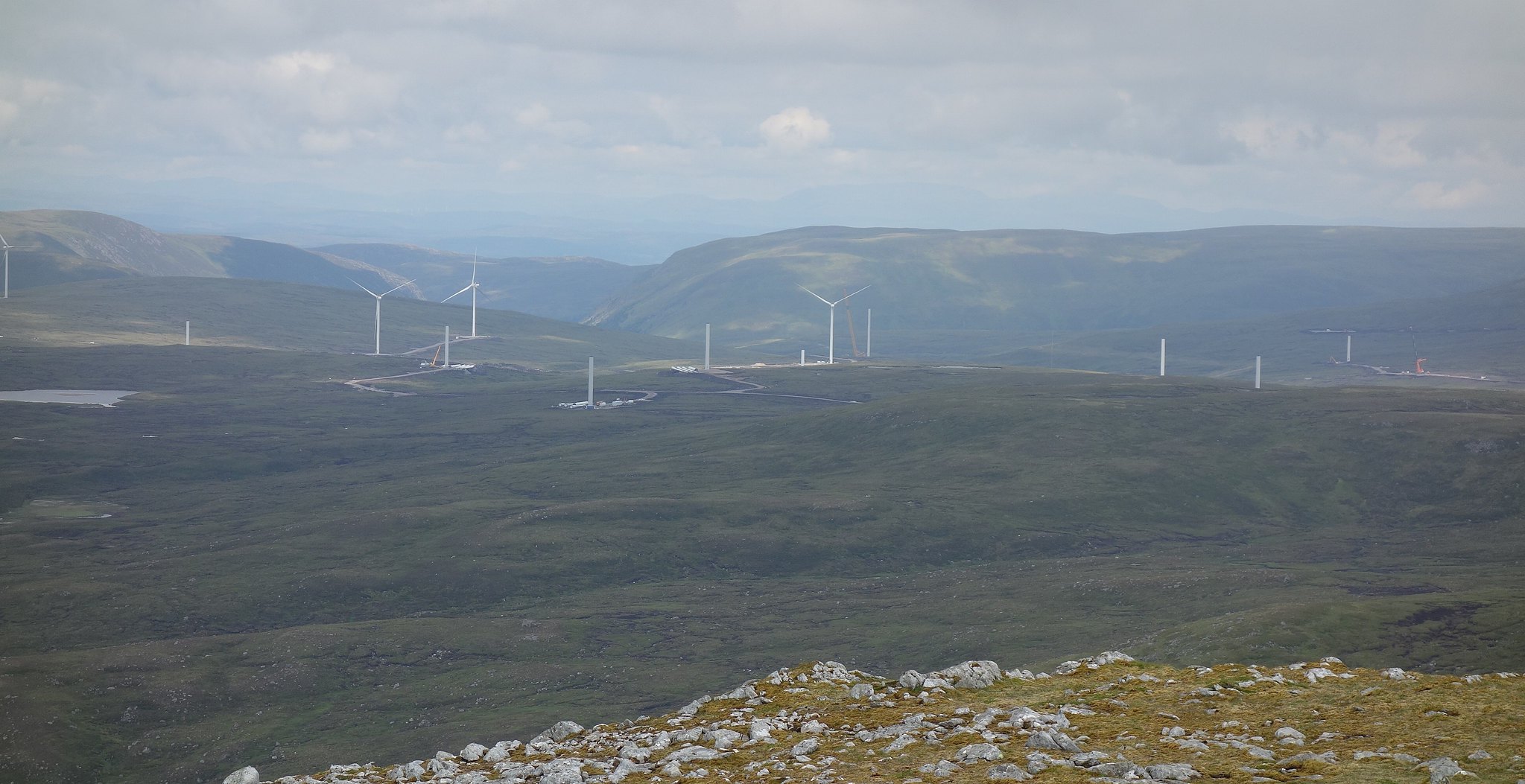 We set off from the summit and retraced the route back down. Arriving back at the car early afternoon gave us plenty of time sort ourselves out back at the cottage, by now the weather had really improved. 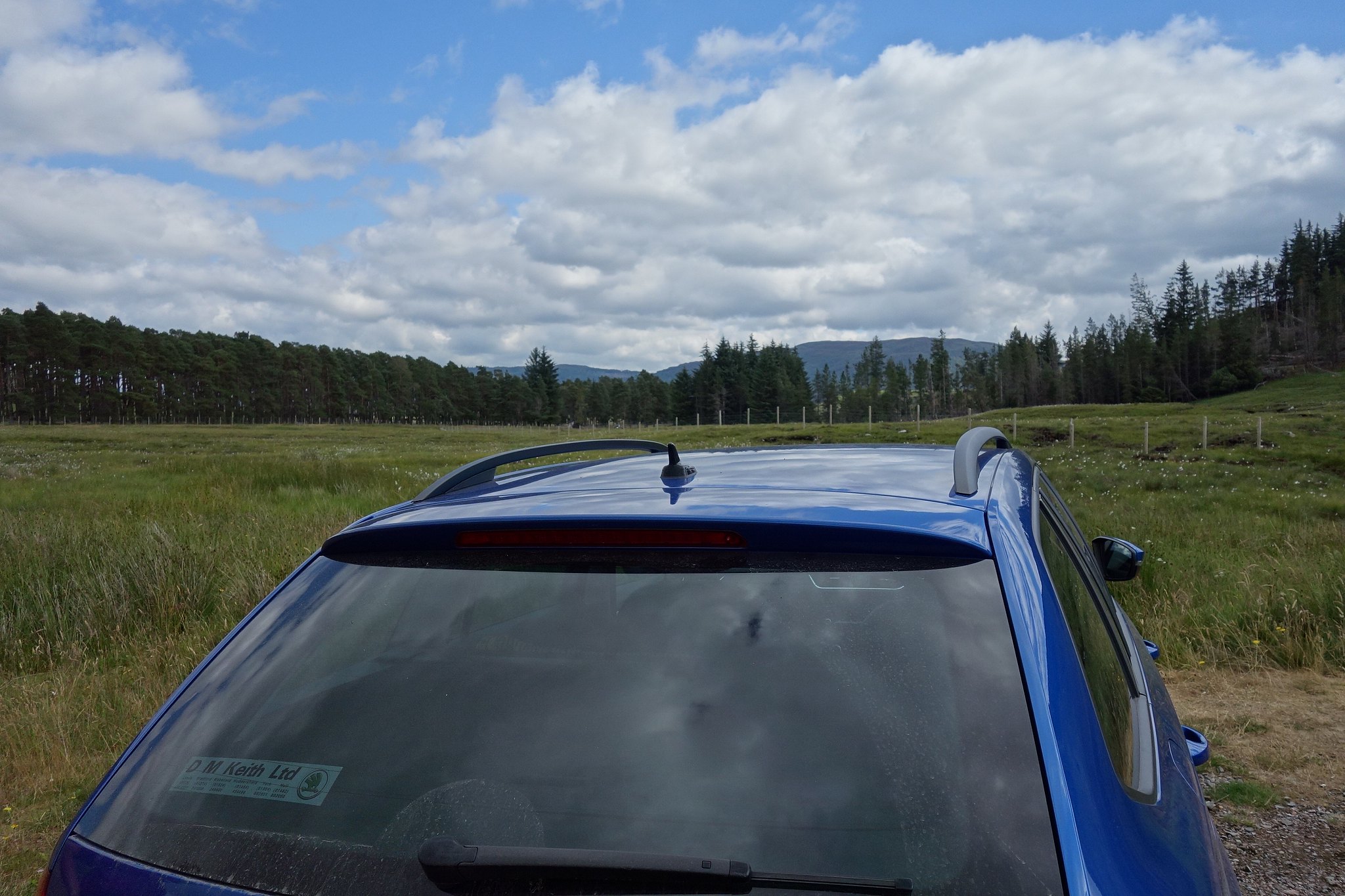 This is a good shortish walk and we enjoyed it, it'll be good to do this one again in a year or so just to see the how big the wind farm has become, I just hope it doesn't look like a forest of wind turbines.