Got the bus to Thunderguy, from there I followed the signposted path up to Coire Fhionn Lochan. Looking back there were good views of the Paps of Jura, also there was a set of waterfalls (albeit lacklustre due to the lack of rain). 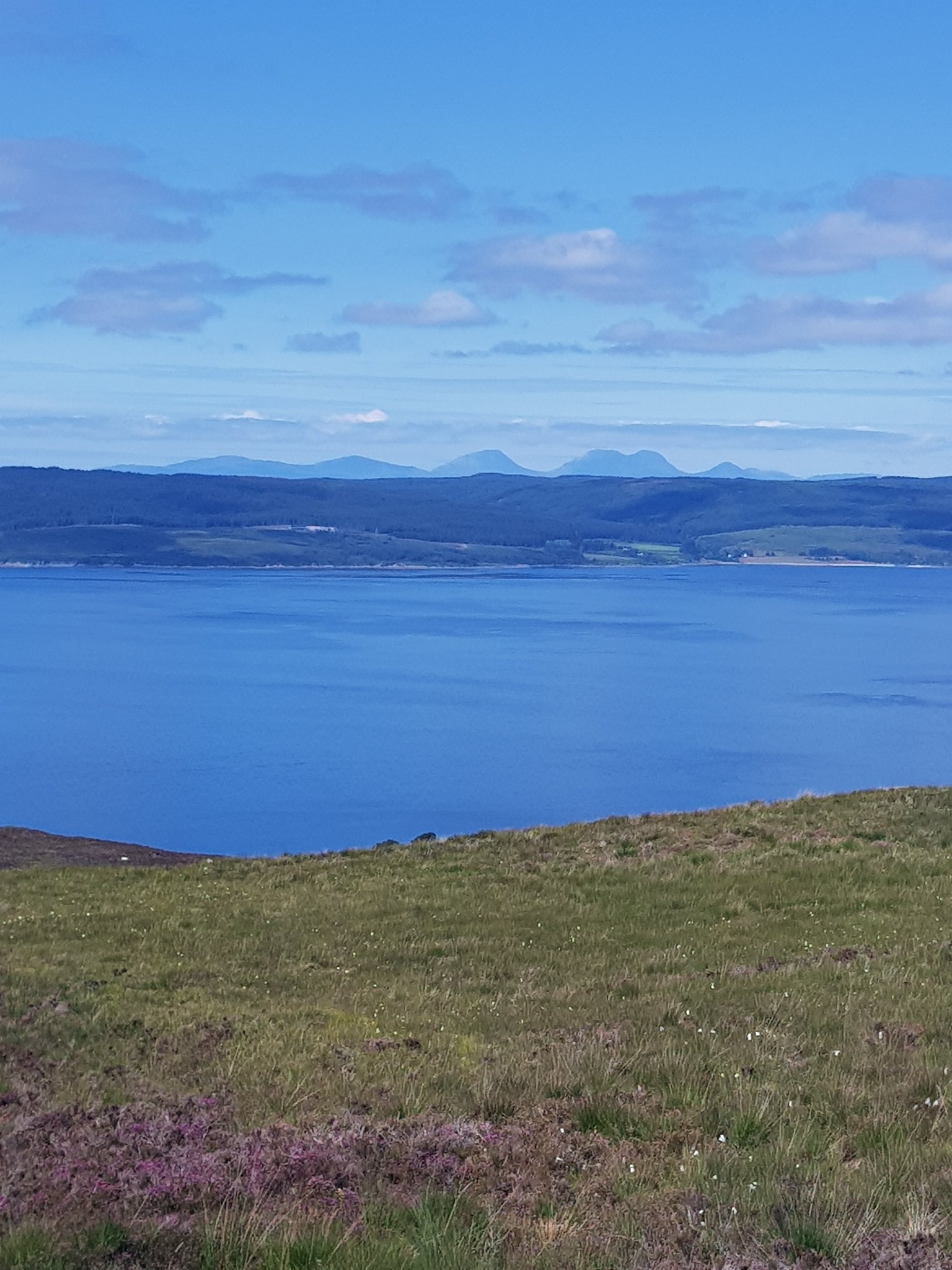 I arrived at Coire Fhionn Lochan, I didn't feel deserving of such a view, due to the surprising ease of the walk up. 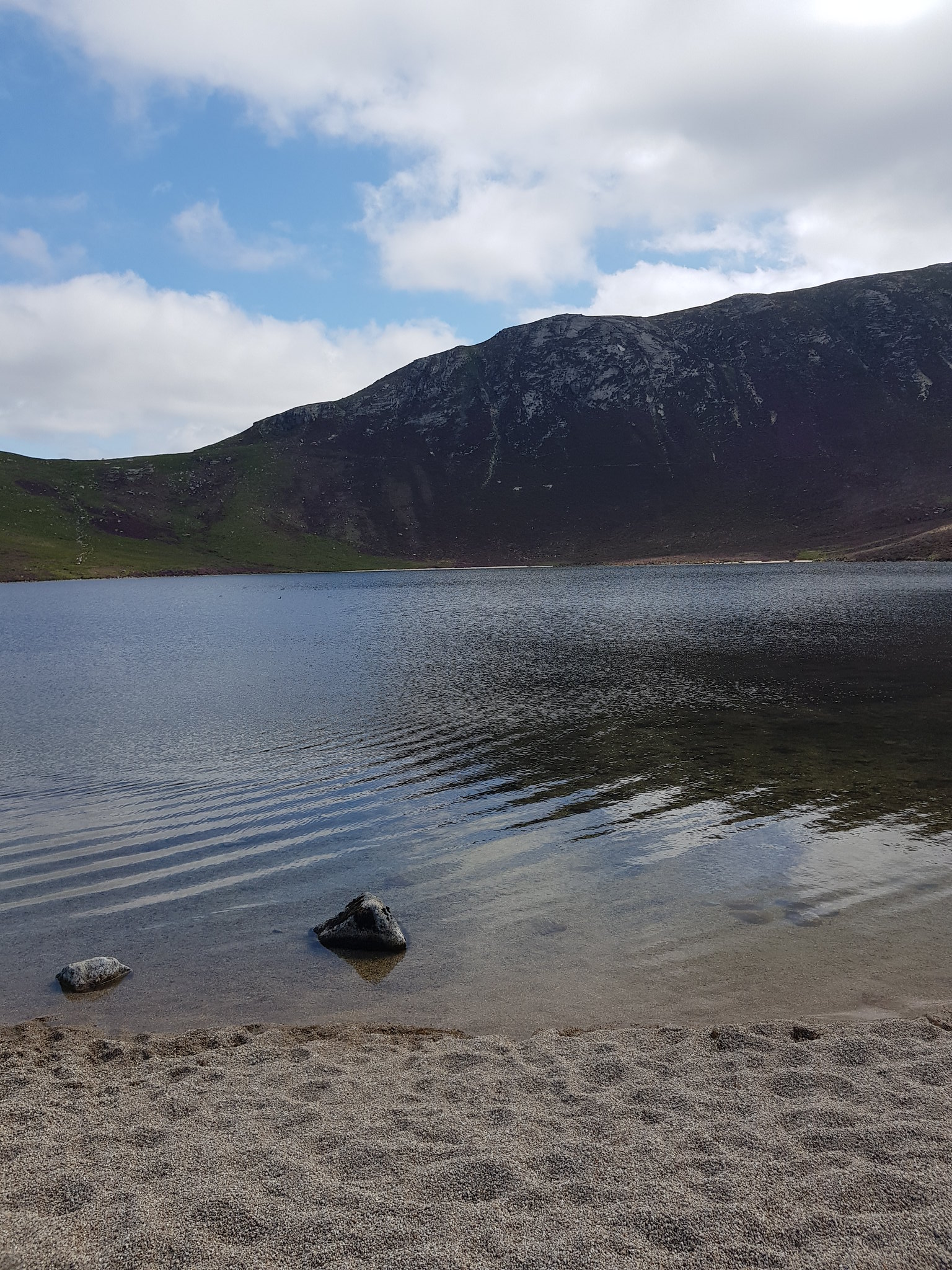 A family bathed in the closest beach, I spoke to them briefly and then headed to the larger unoccupied beach on the other side. 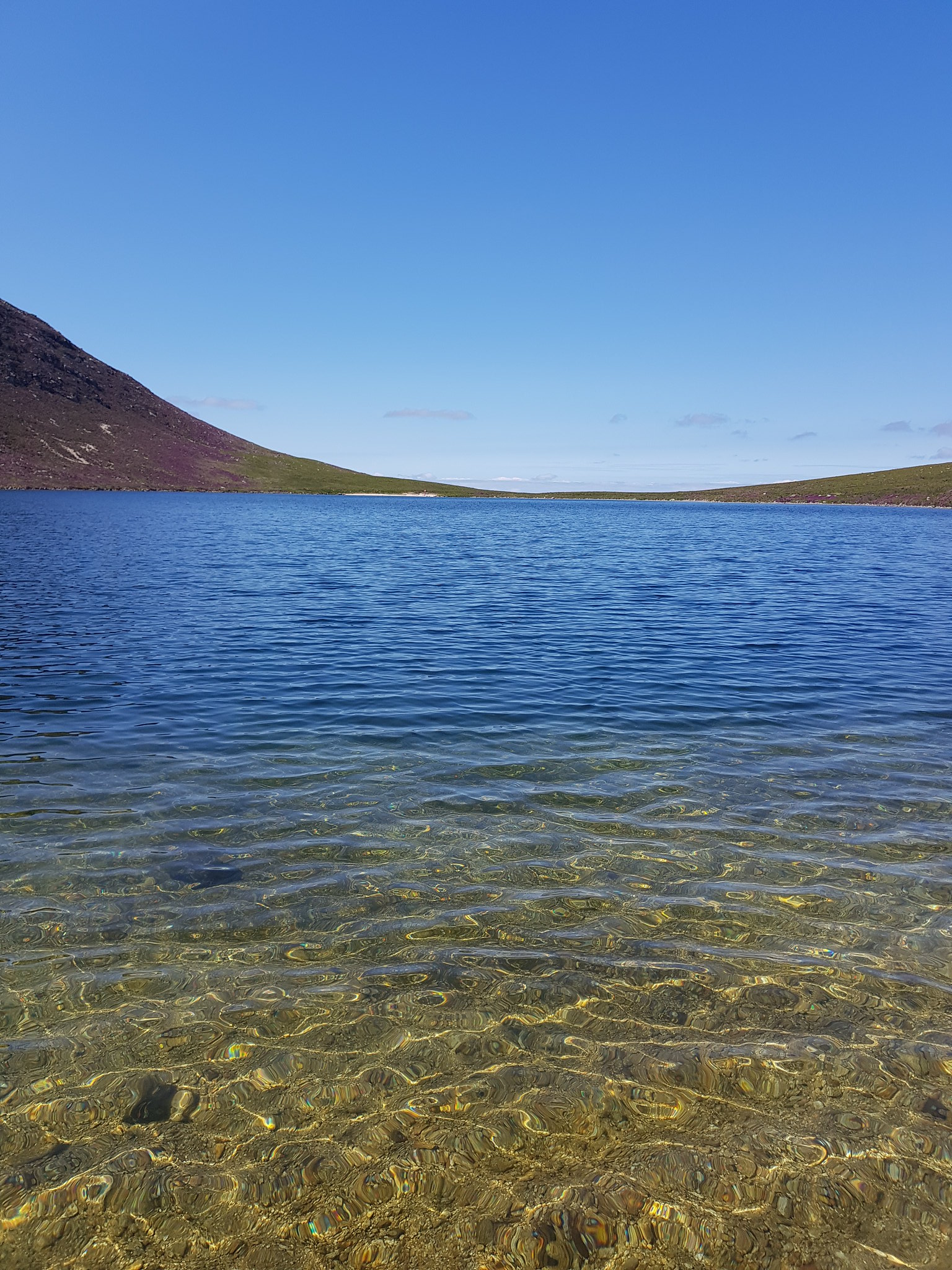 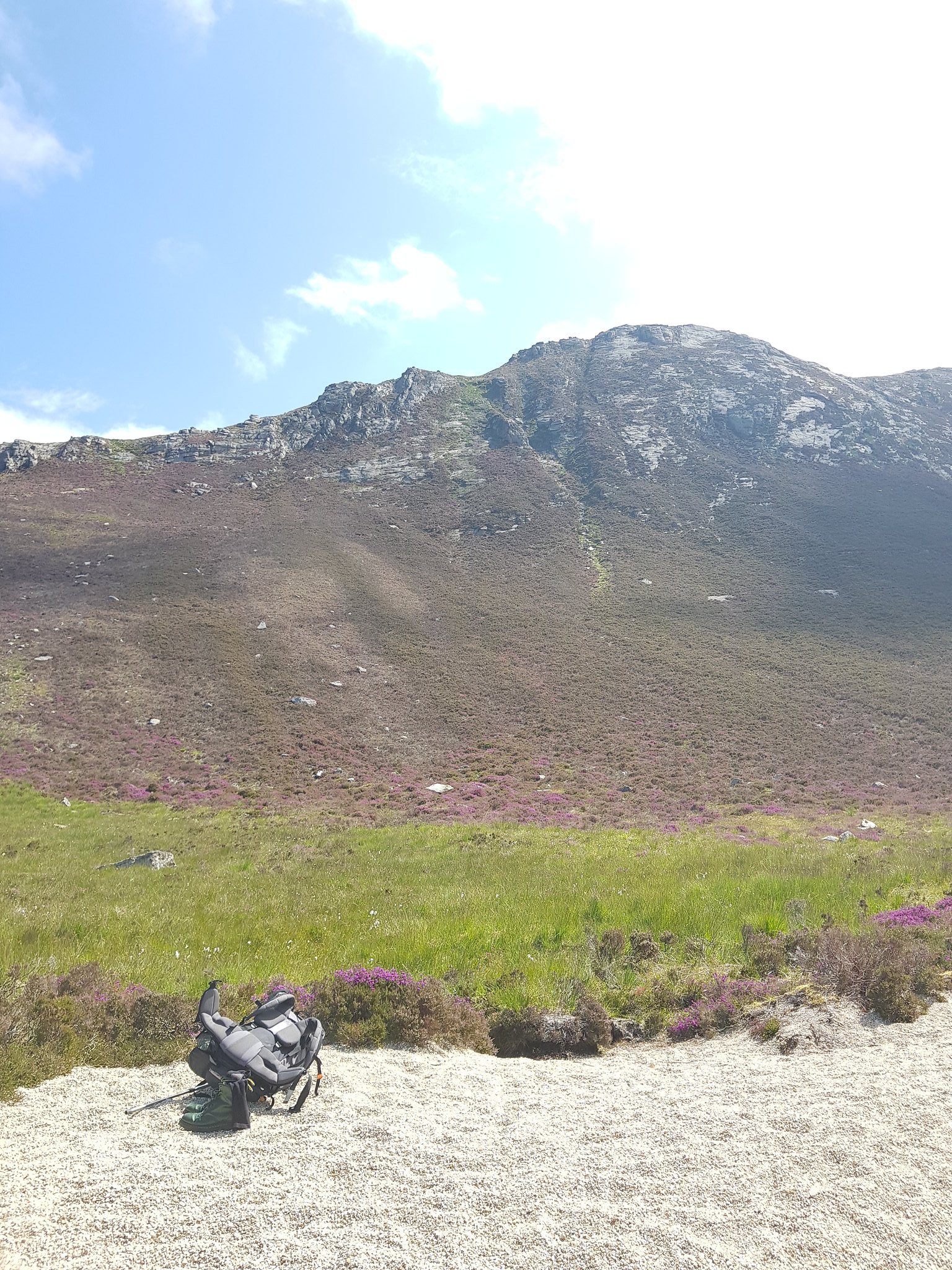 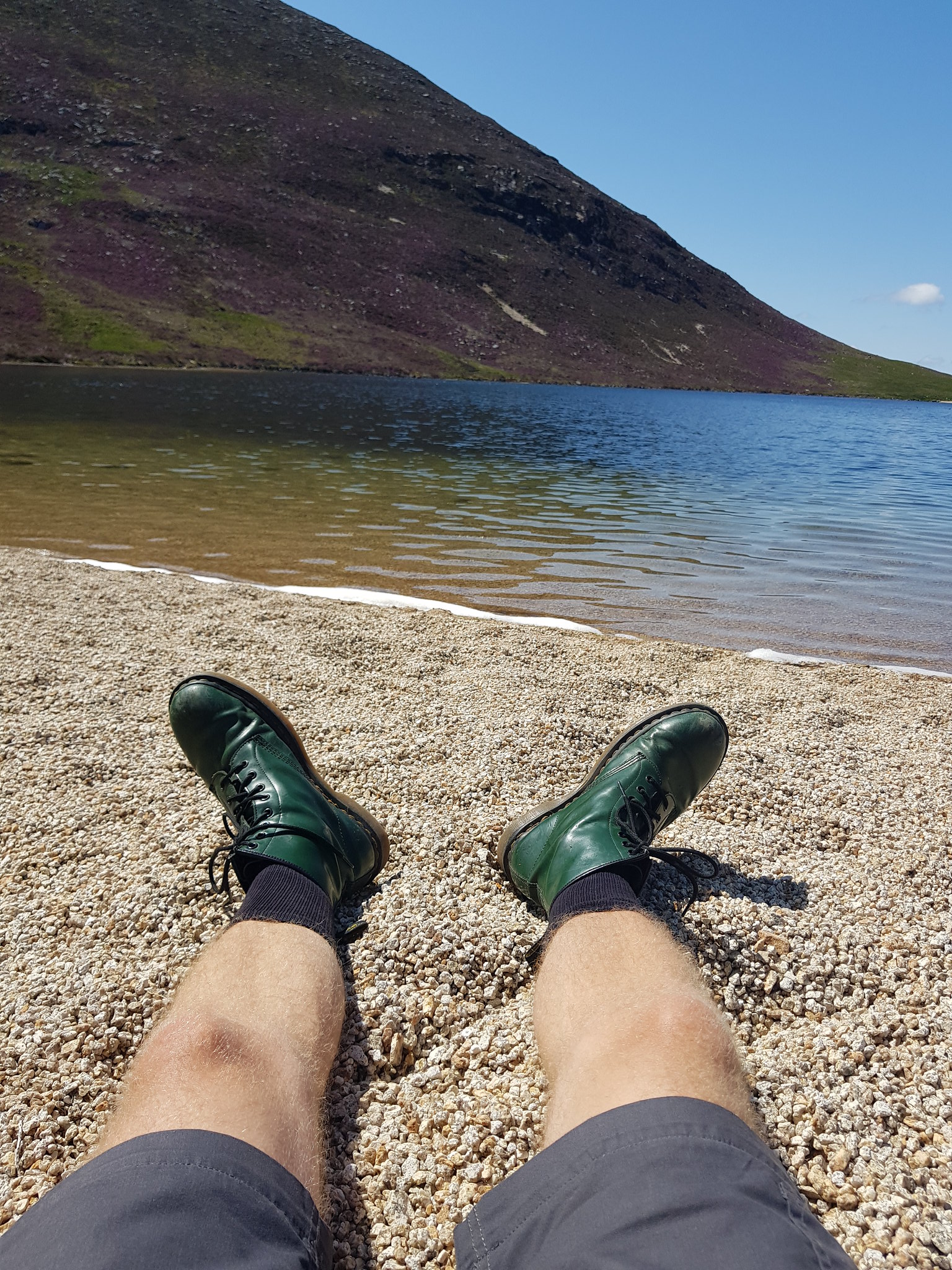 A flock of peculiar birds that were resting on the lochan were startled by my company, I have no idea what species of bird they were: here's a clip of their call.

Left the lochan to go to the nearest stream and filter water - a gruelling task in the heat but worth it for the crisp cool produce of the area.

Climbed up Meall Donn, granting a stunning view of the lochan below and the Corbetts to the east. 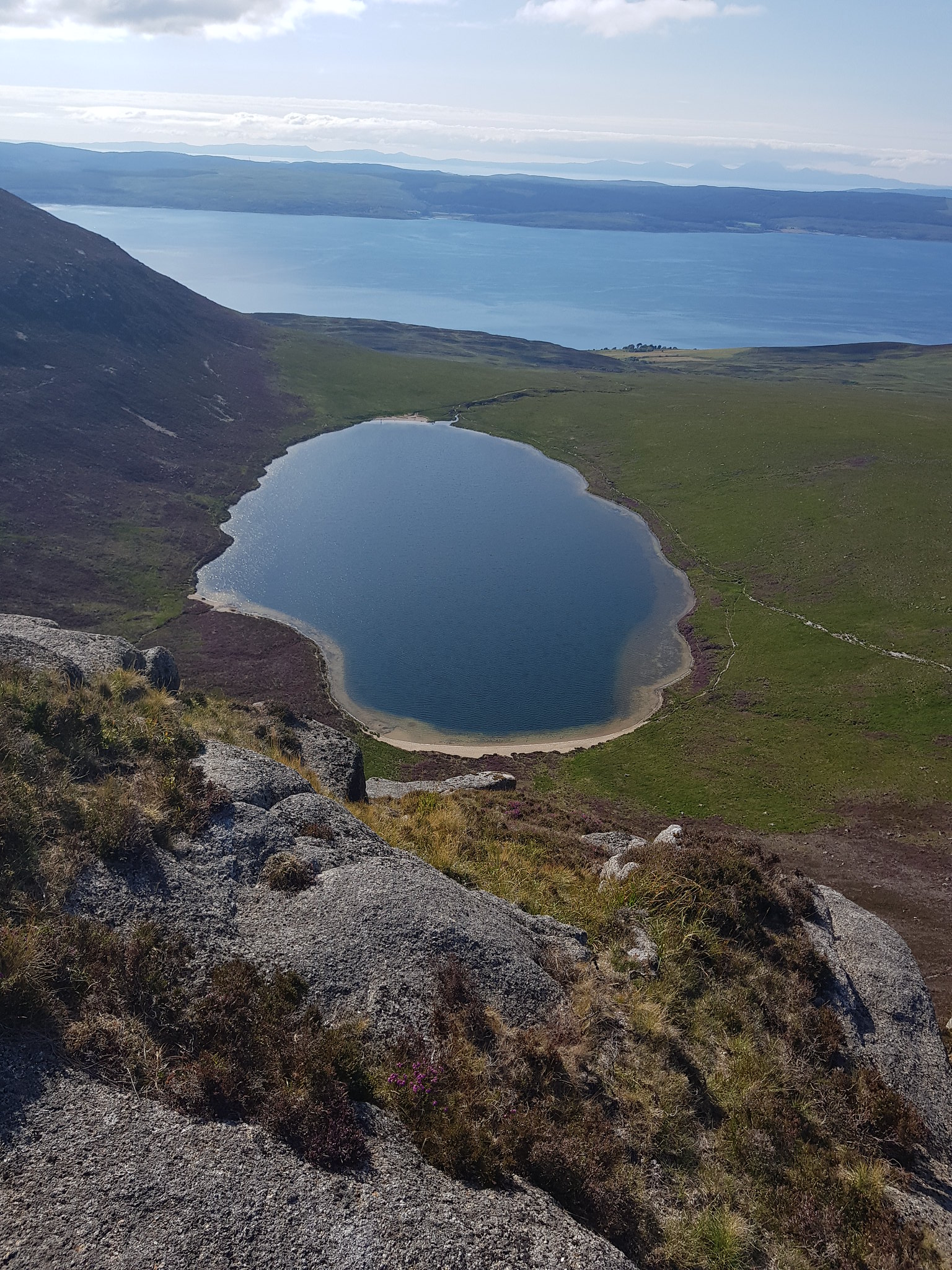 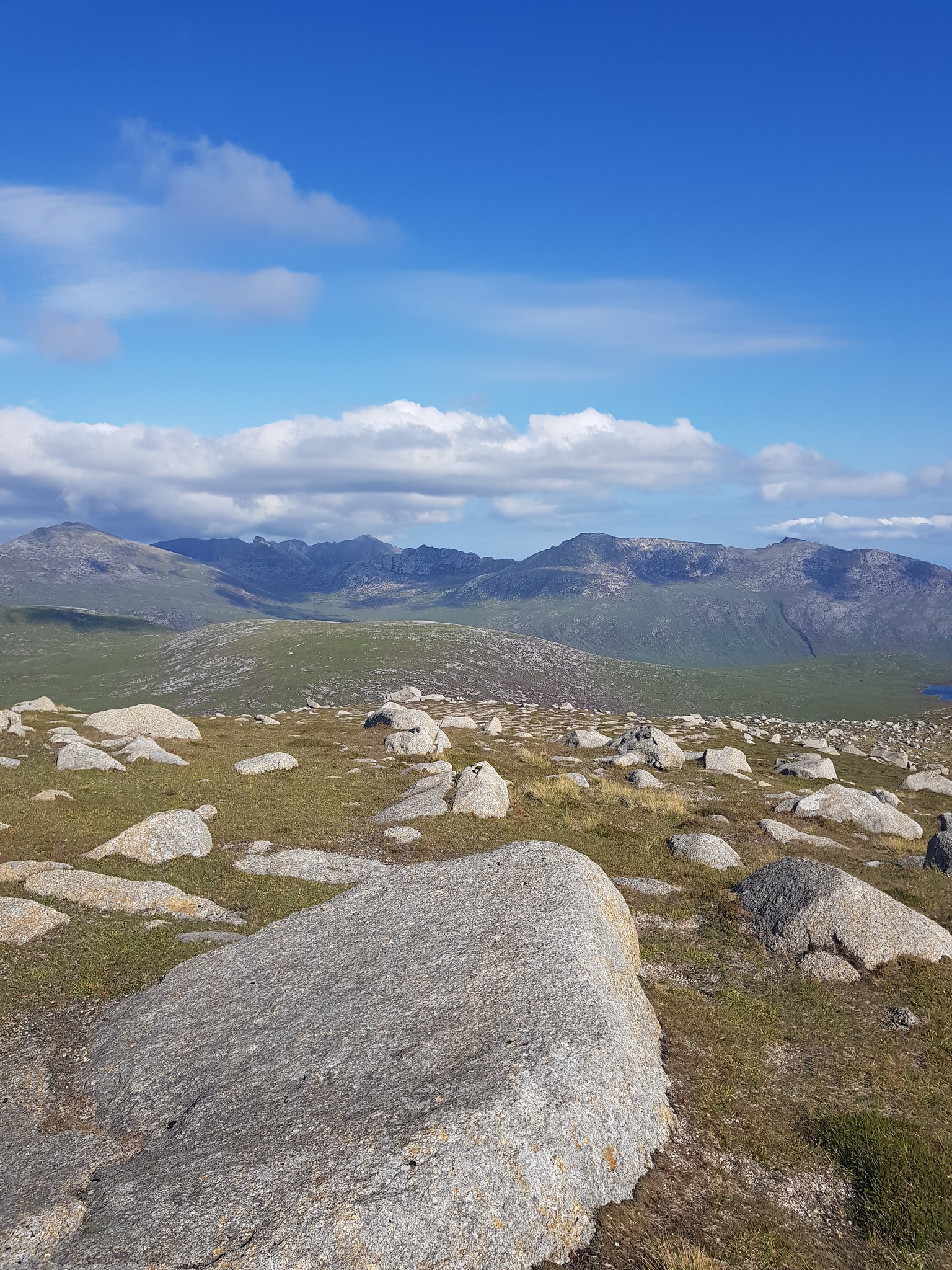 Walking along the ridge until Beinn Bhreac, and this opened up the expansive Loch Tanna below. 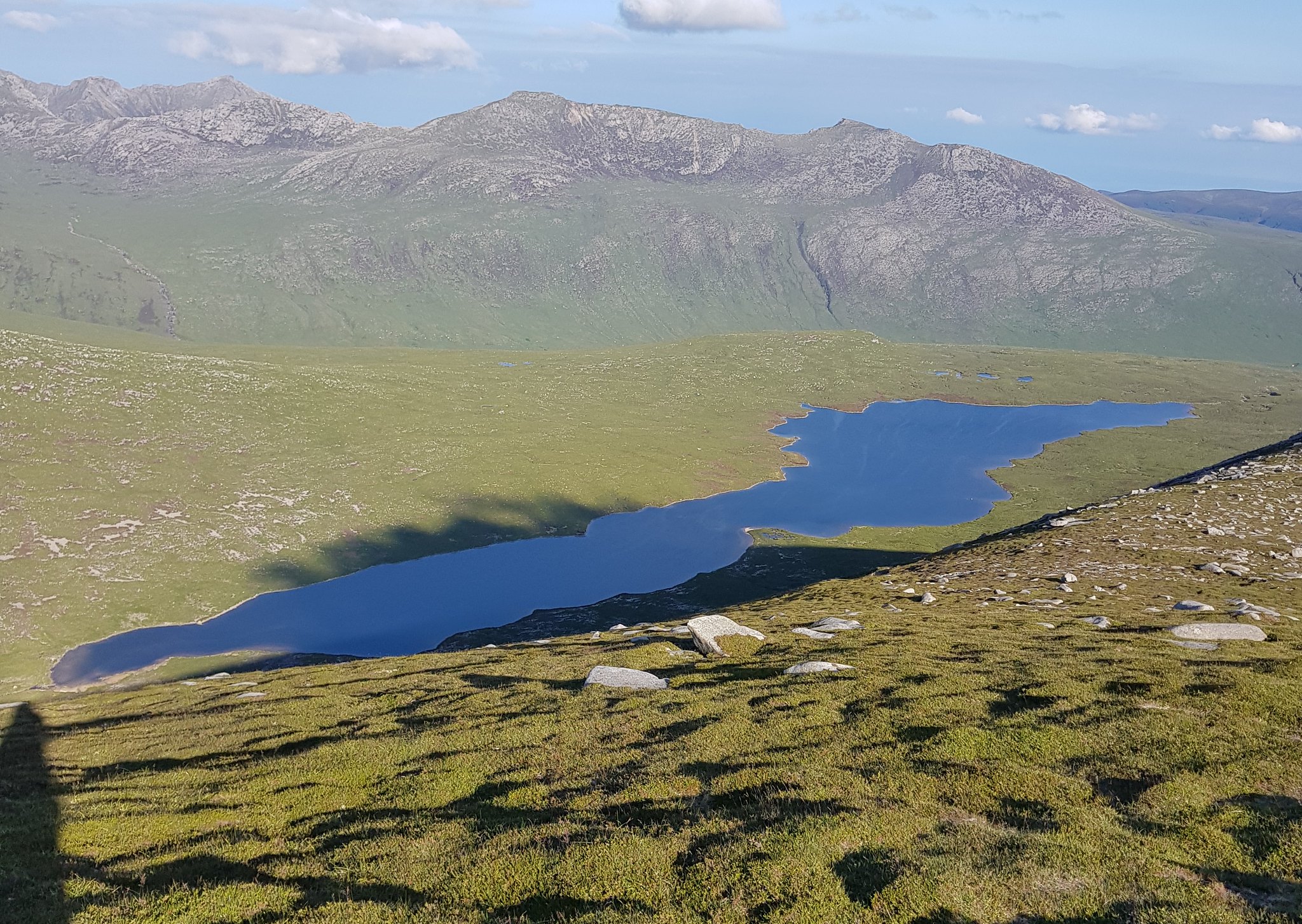 Got to the top of Beinn Bharrain, I didn't trust my tent pegs so I eased my worries with a healthy amount of stones (don't worry I placed them all on top of the cairn after). Amazingly extensive views from up there: Ayrshire coast, Ailsa Craig (dazzling away), Kintyre, Islay, Paps of Jura, Argyll, Arrochar Alps, northern Sub 2000's of Arran, the Corbetts, Mullach Mor (Holy Isle), Loch Tanna, Glen Iorsa, and Shiskine. 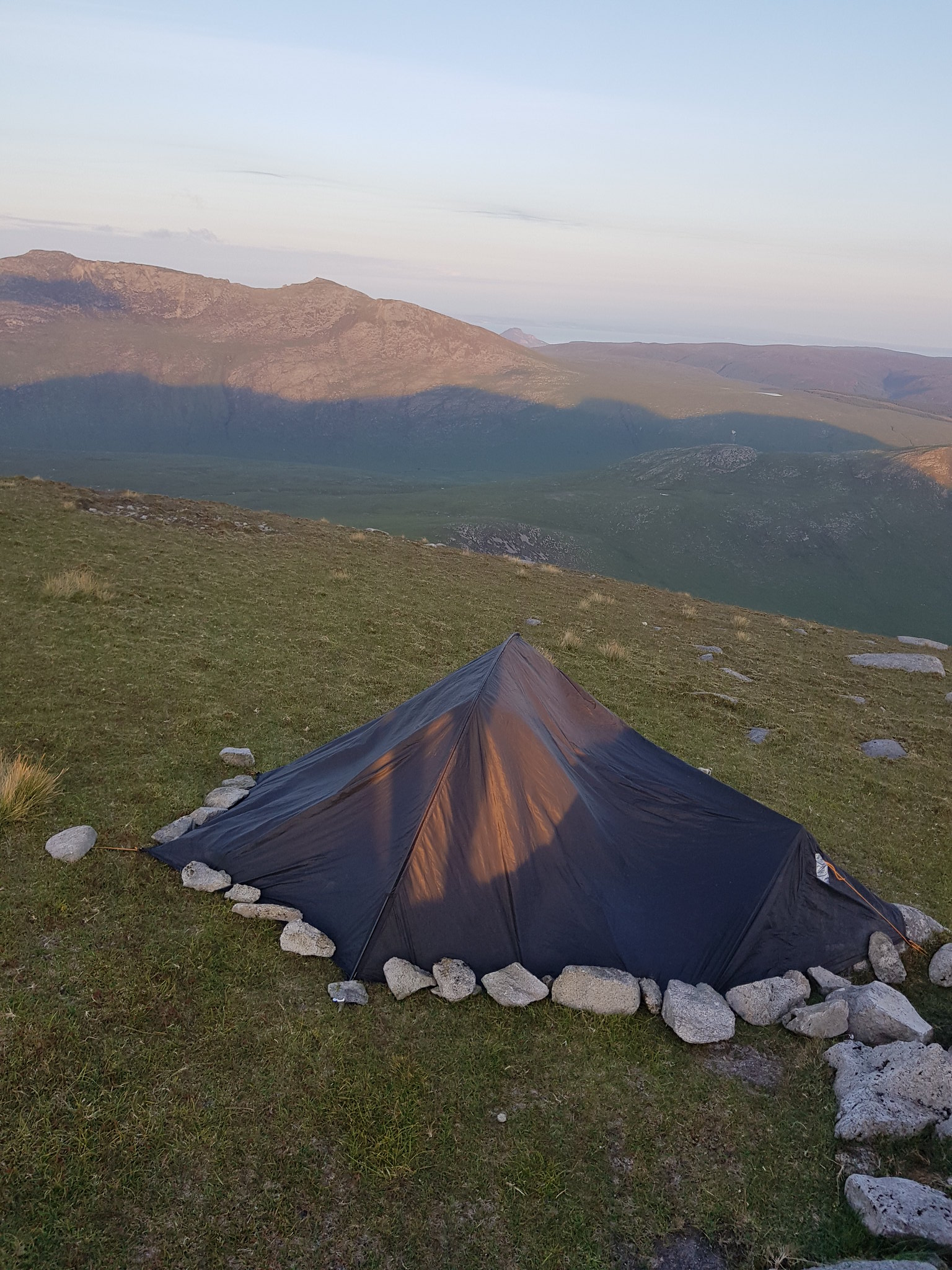 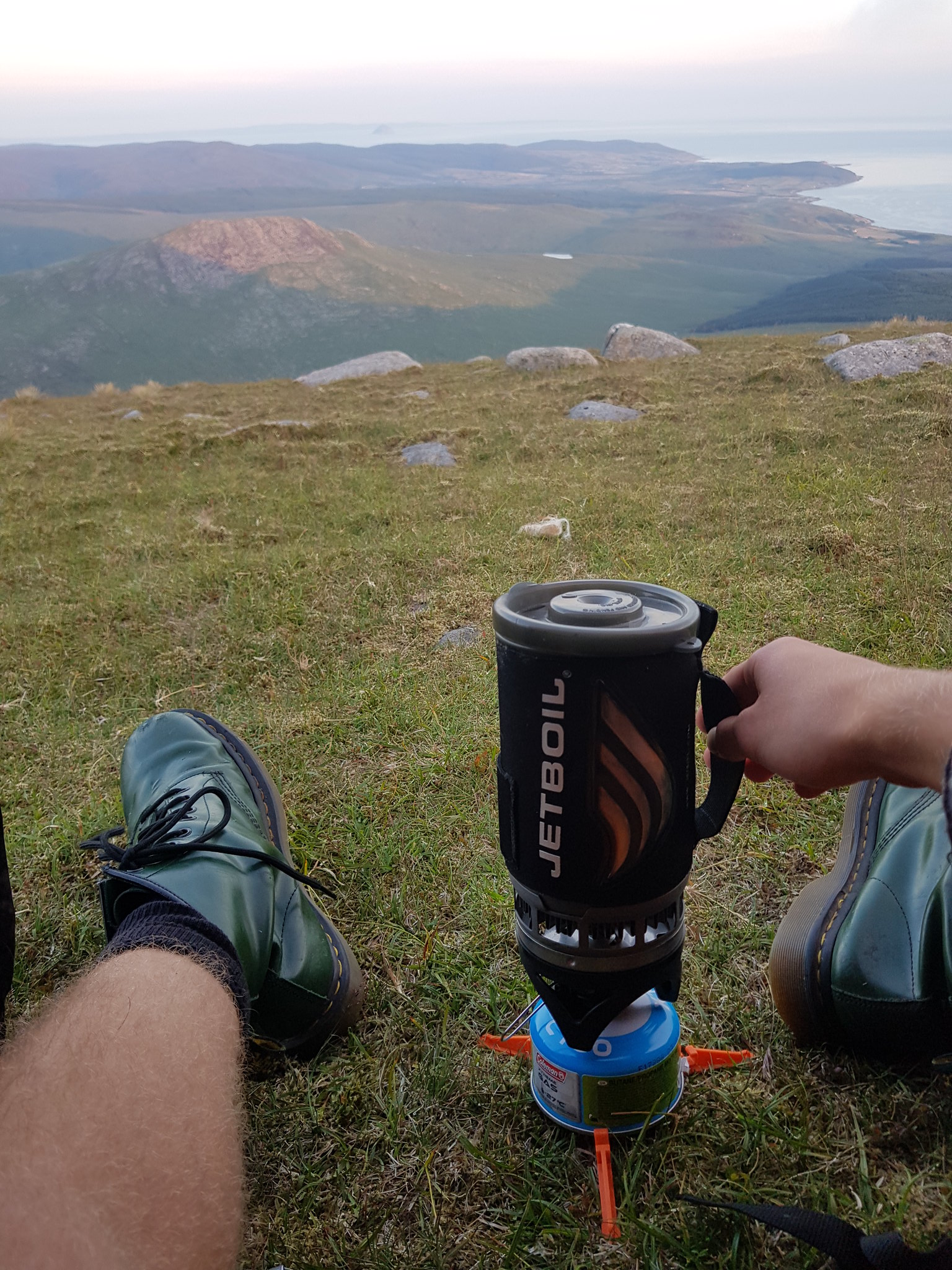 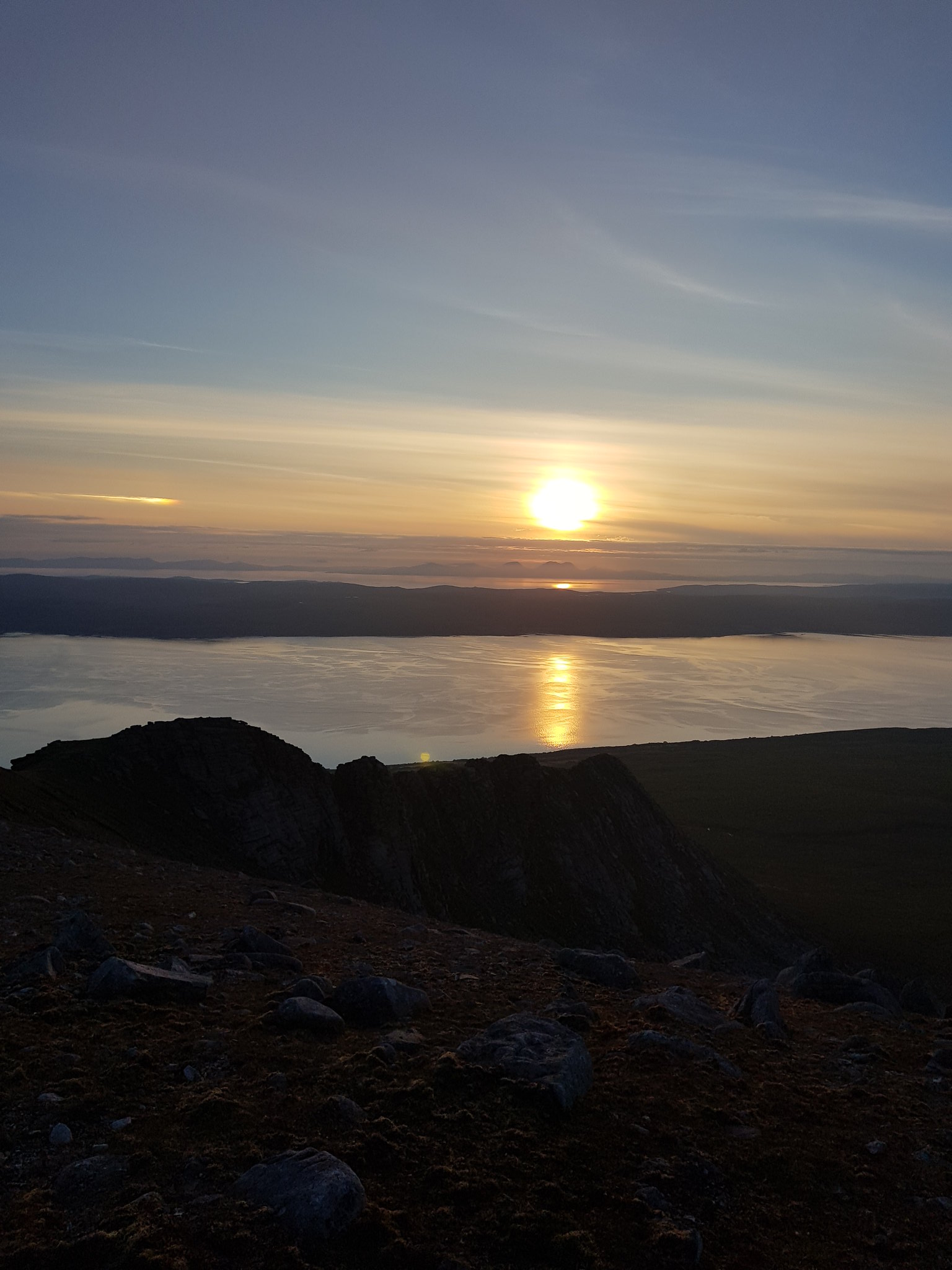 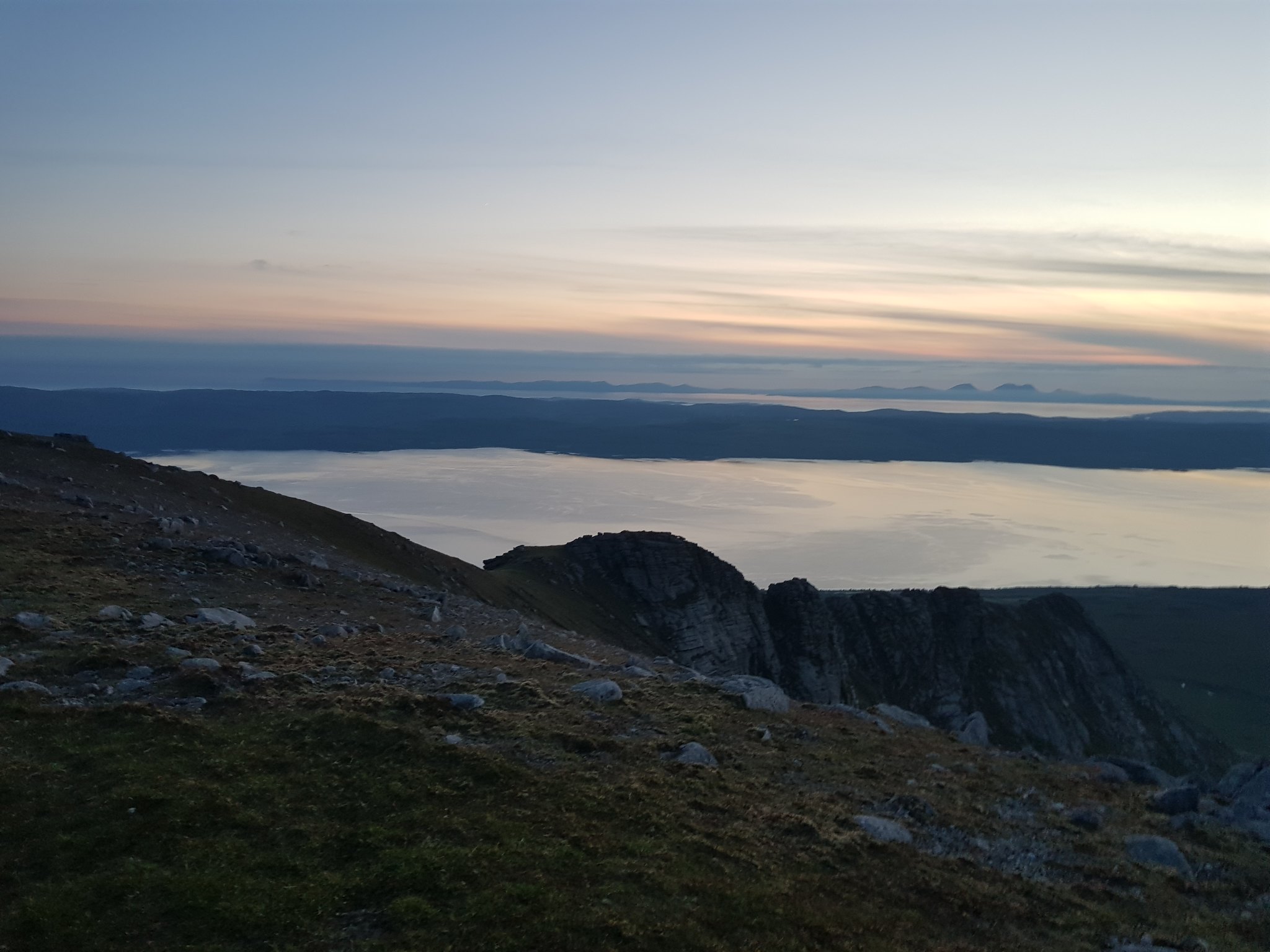 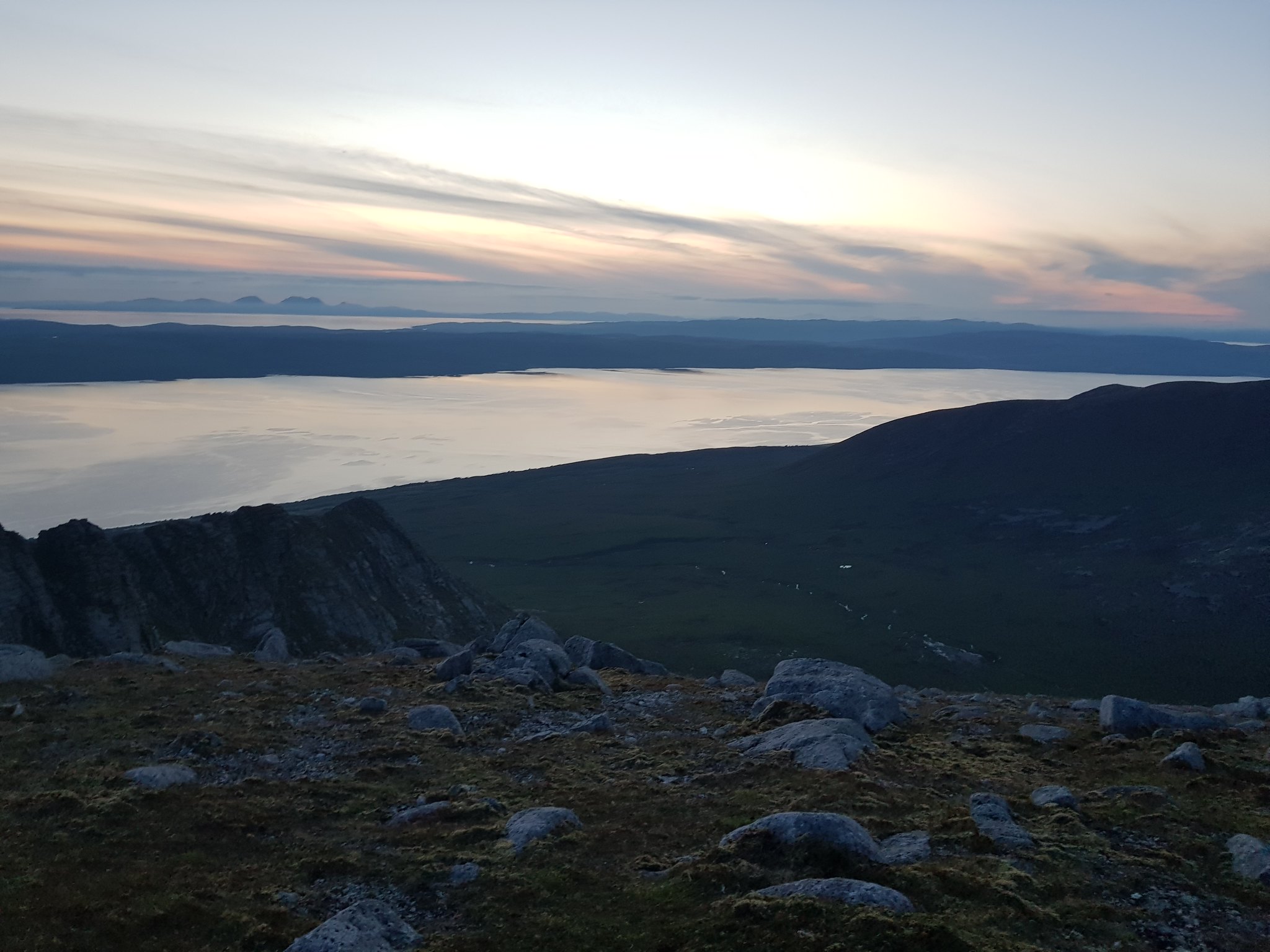 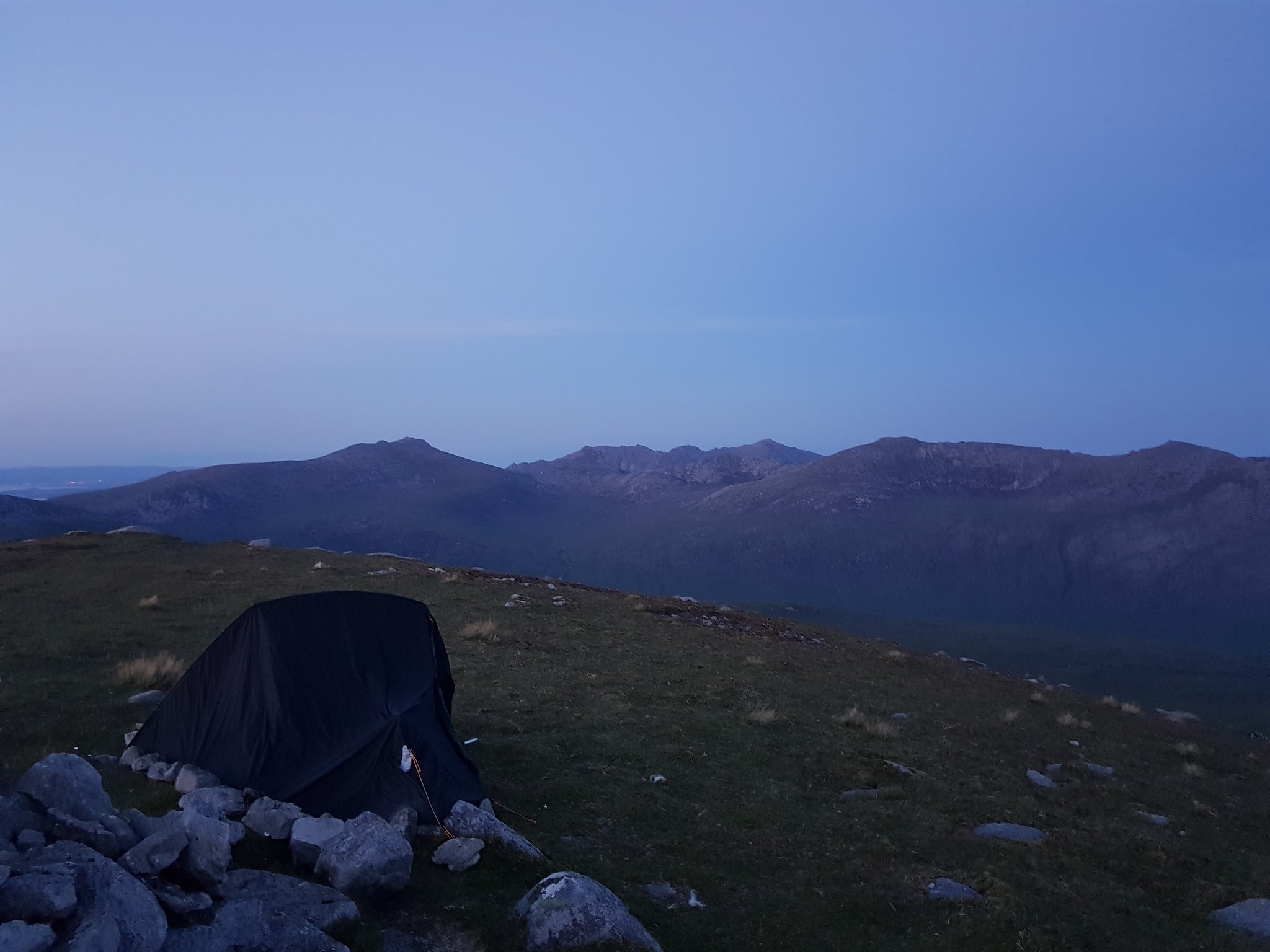 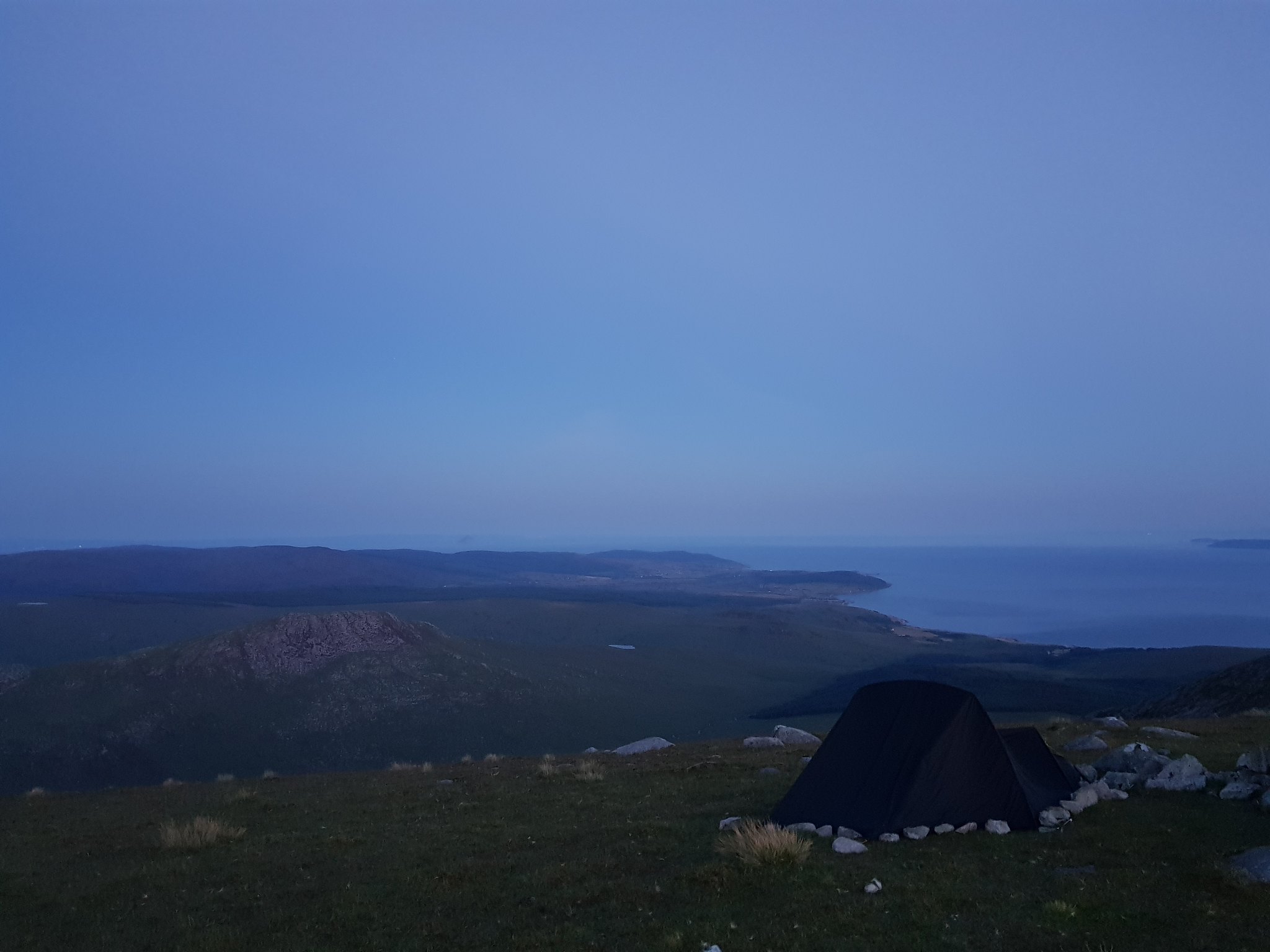 It wasn't as windy as I expected, and other parts of the summit were surprisingly still, especially behind the granite torrs.

As with any mid-summer big-sky wild camping trip, you wake up ridiculously early. Low-lying clouds started to drift in from the west. 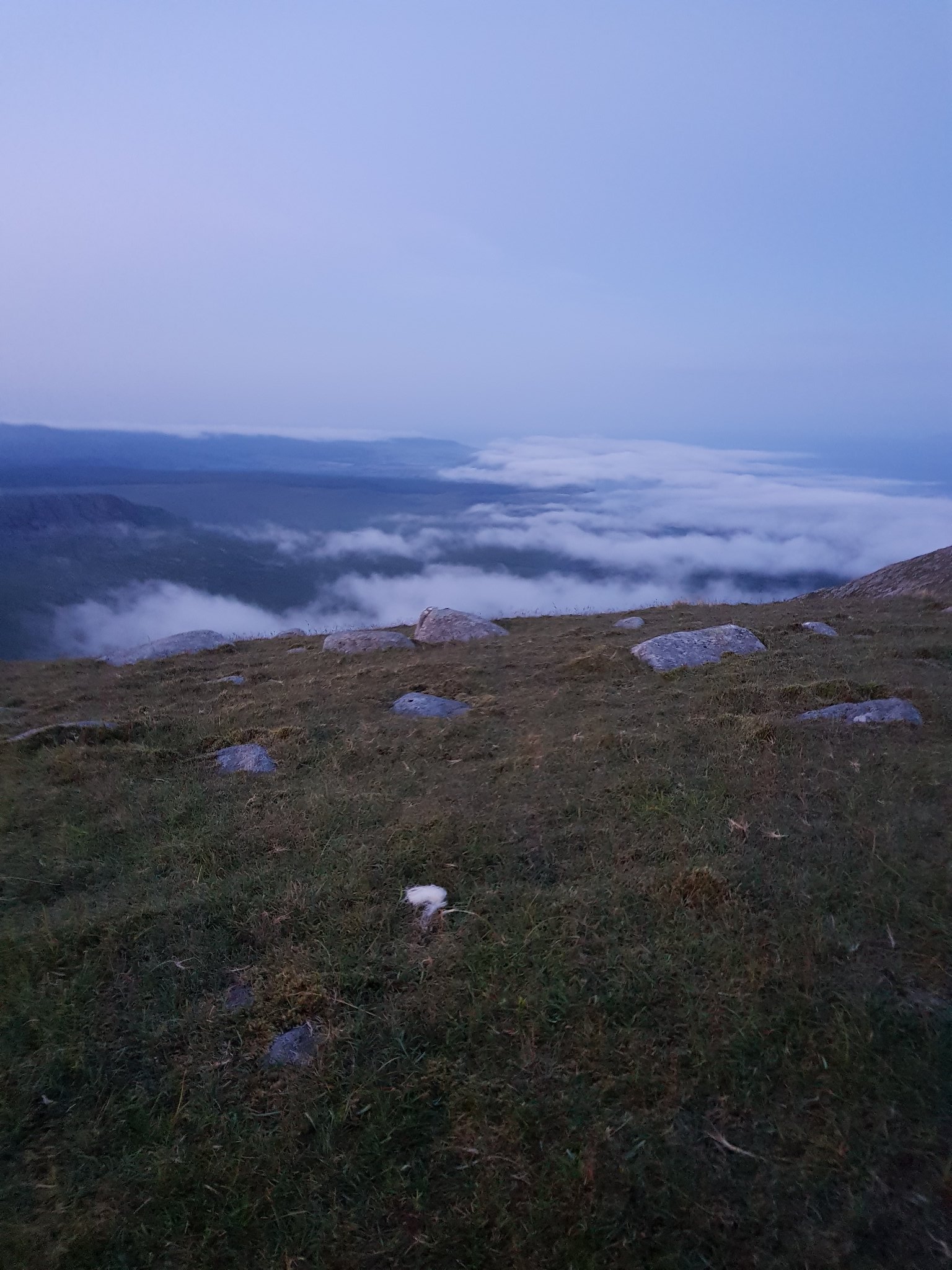 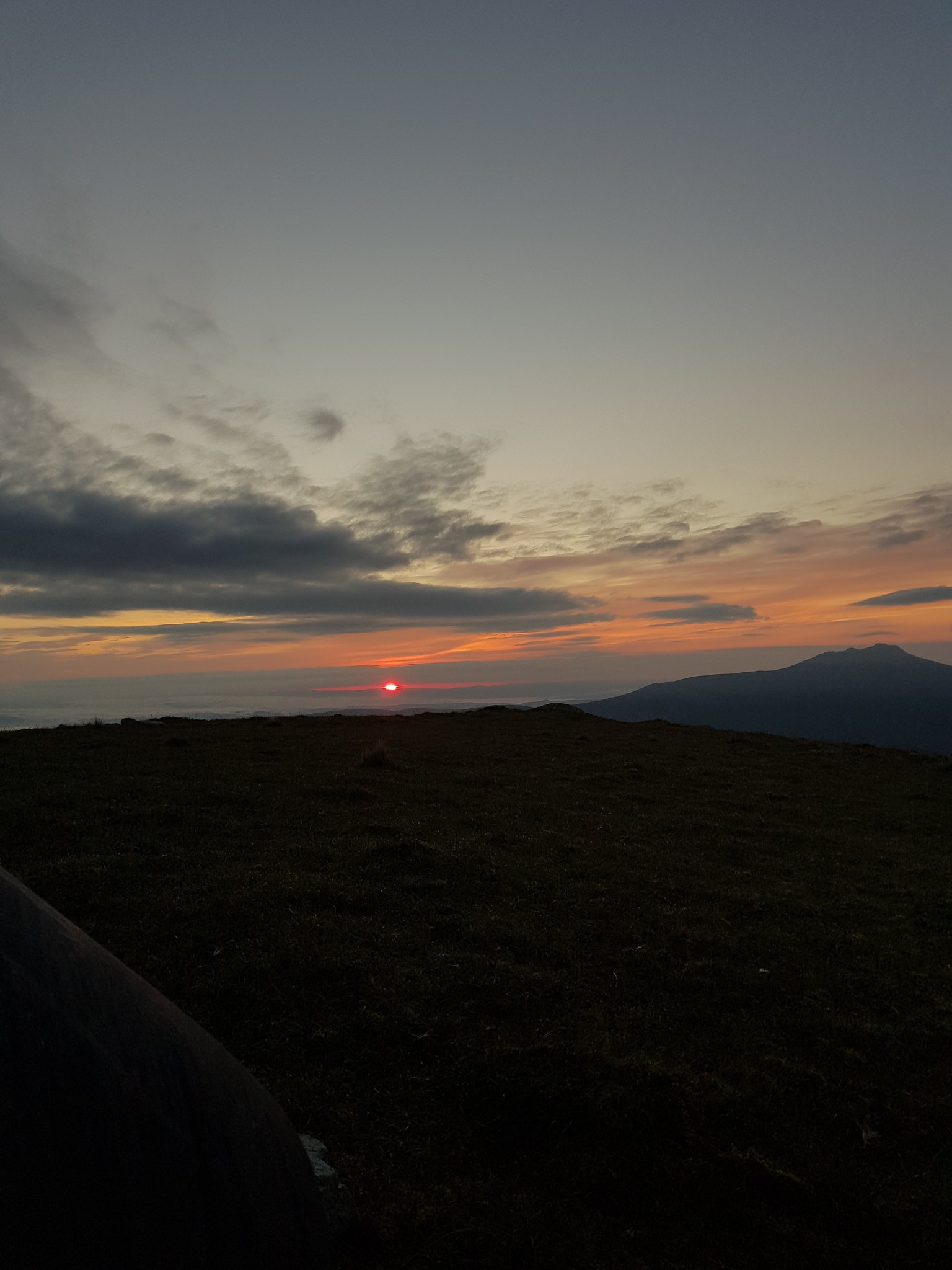 As the morning marched on, the clouds got more ambitious. 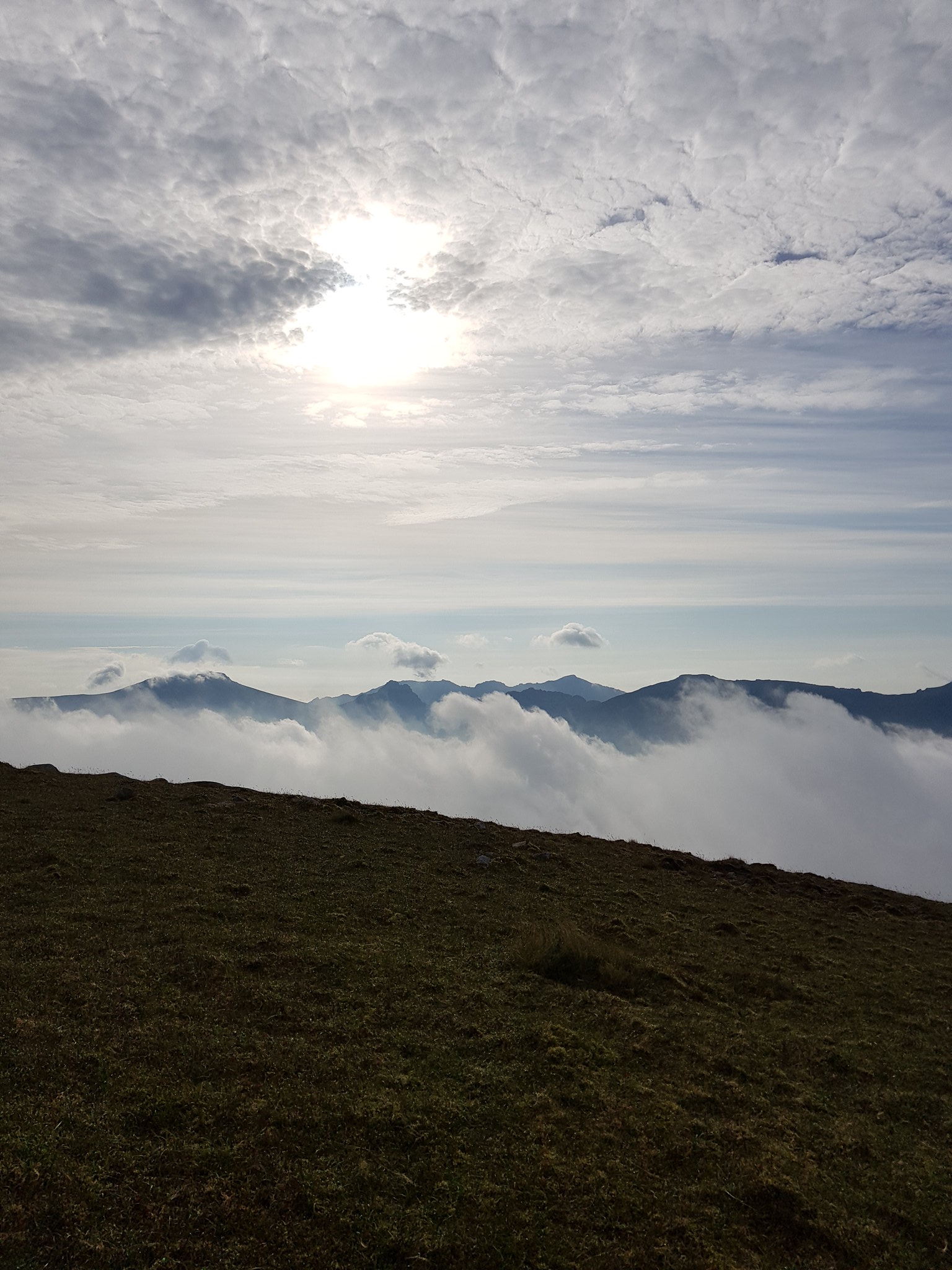 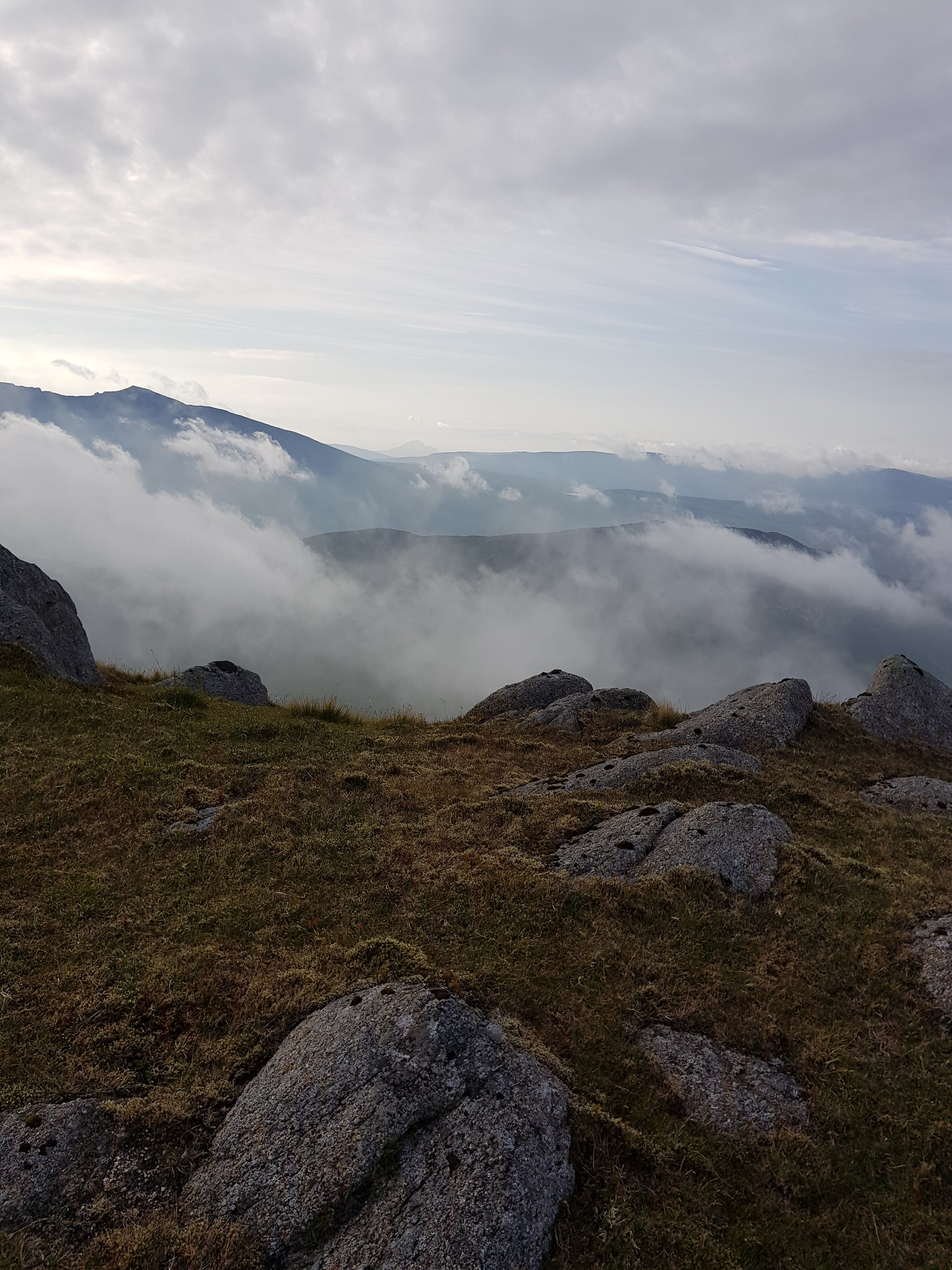 Walking down the ridge to Allt Gobhlach I spotted a fair amount of hardy sheep, heading down just in time to avoid being smothered by clouds. 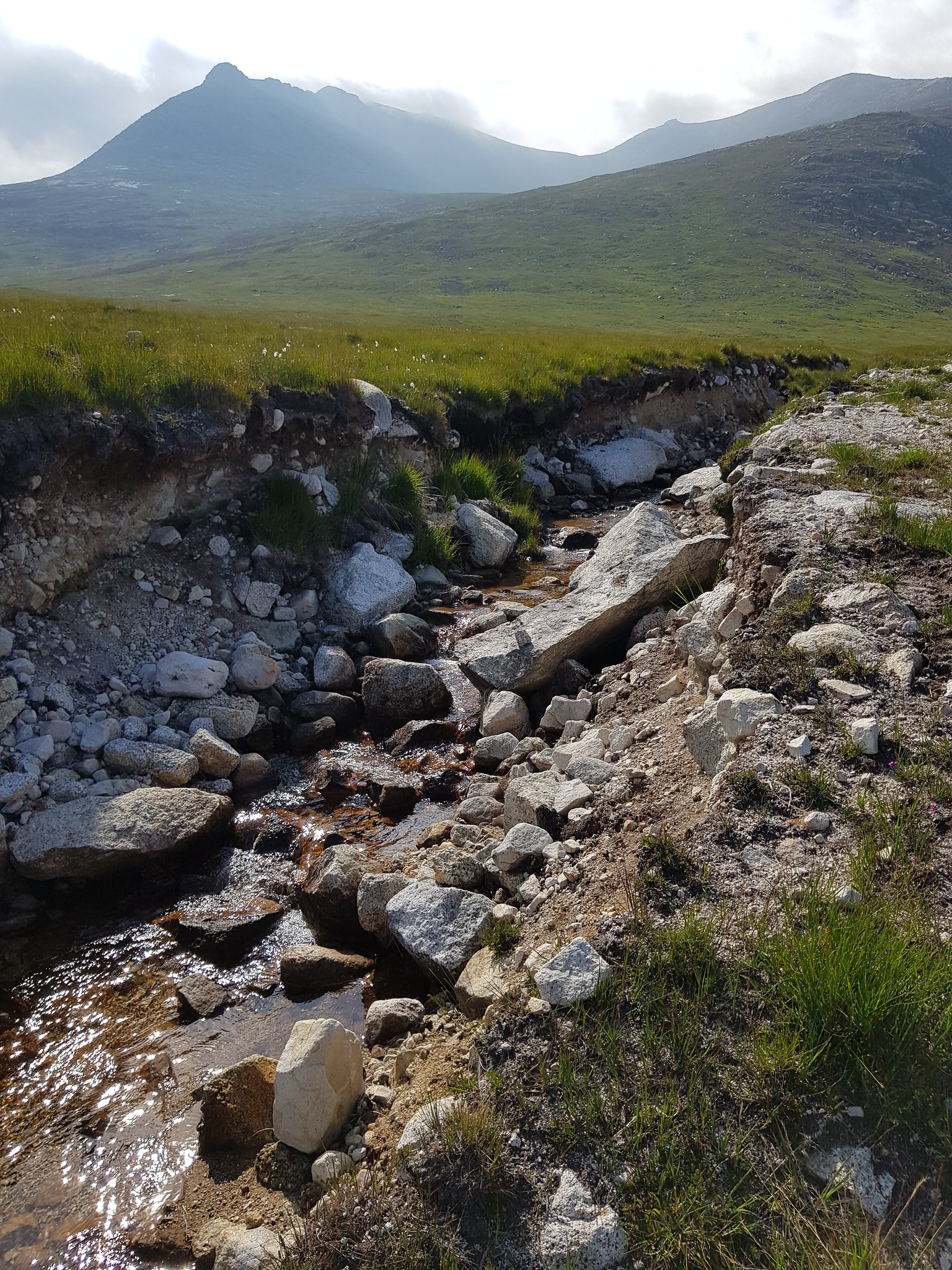 The ancient woodlands of Pirnmill. 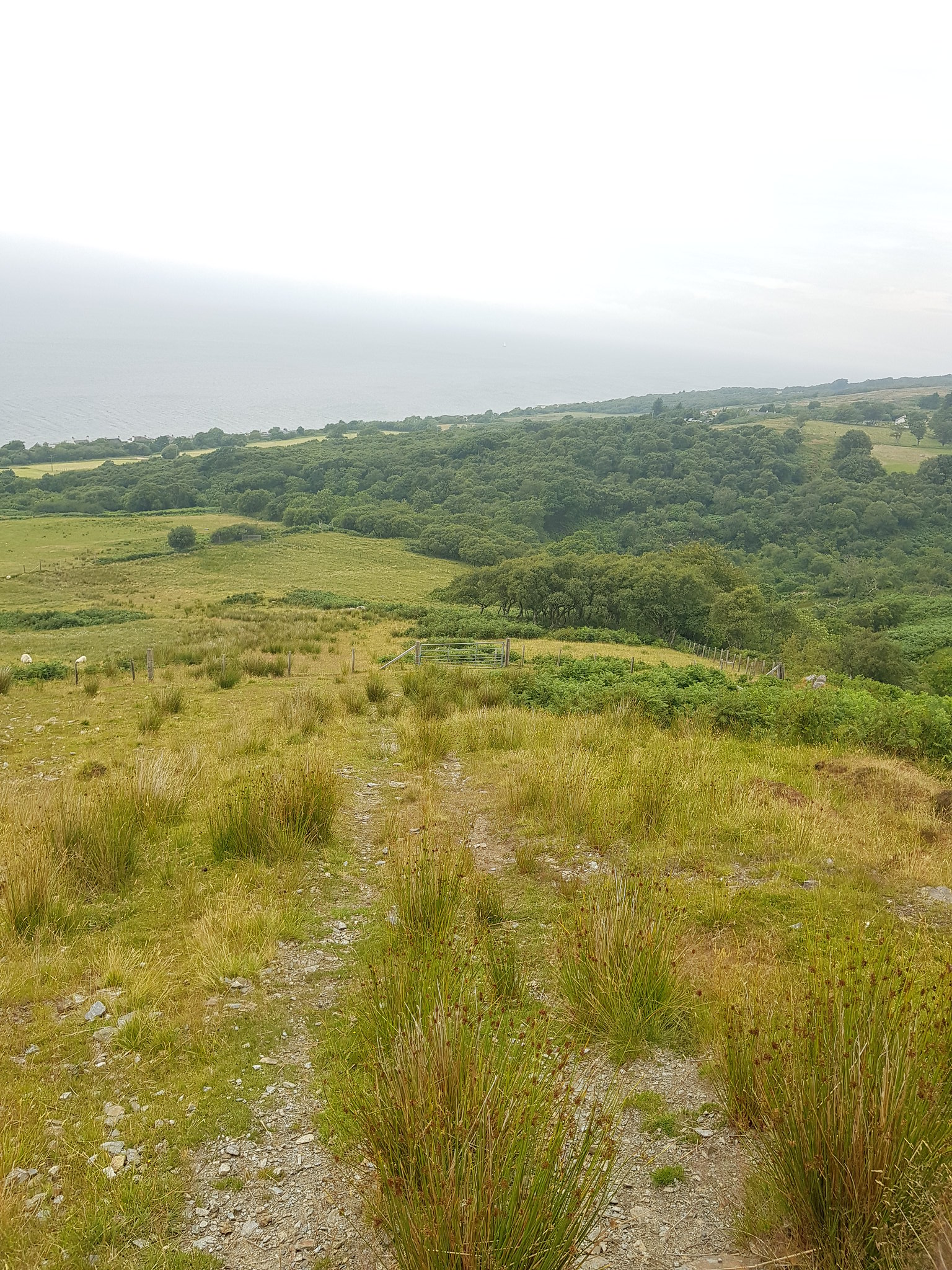 In Pirnmill, finally encountered another human being after 23 hours of solitude and a shout out to The Lighthouse restaurant for their divine lentil soup.

Some ruins of Penrioch - the original settlement of Pirnmill, which lies higher up (not entirely sure). 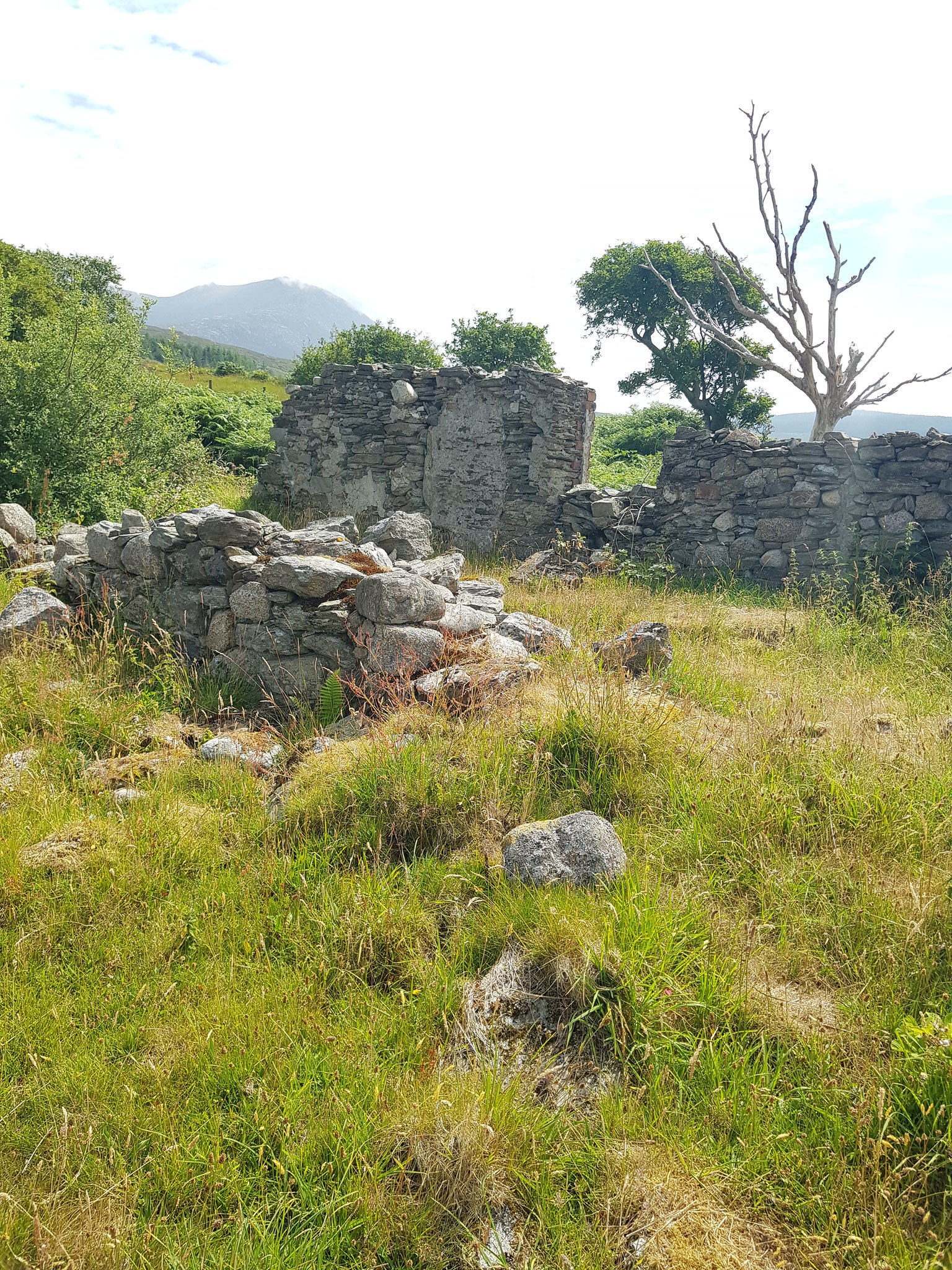 Here's drone photography from the trip, that sunset view from Beinn Bharrain looking over the Kilbrannan sound, Kintyre, sound of Jura and the Paps of Jura will forever be etched into my mind: