The Cobbler was the last summit we wanted to climb in the Arrochar Alps ahead of an upcoming move away from Glasgow in August (there are other nearby hills we haven't done, but none on our must-do list). We'd been putting it off while my partner got some basic scrambling experience on other hills, and hopefully now we'd be able to thread the needle without any problems.


The Cobbler.gpx Open full screen  NB: Walkhighlands is not responsible for the accuracy of gpx files in users posts

Parked in the car park at half 9 - plenty of space, and I was pleasantly surprised to discover the parking fee was only £1 per day. I'd no idea at that point that the local council were due to raise the fee to £9 per day the next month!

It was a lovely morning as we started up the zig-zags - not too warm (though still shorts weather) and barely a cloud to be seen. Much better than the MWIS forecast, which had predicted "occasional glimpses of sunshine". The Met Office were forecasting cloud to come in from mid-afternoon, so we'd started fairly early to make the most of the decent morning. Bench with a view (taken on descent): Leaving the welcome shade of the trees, we headed past the reservoir and up the Allt a' Bhalachain: First views of The Cobbler from the path are impressive: Looking back (taken on descent): On top of the world (well, the Narnain Boulders It occurred to me that Beinn Narnain and Beinn Ime had been our very first hills after moving to Glasgow in 2014. So it seemed fitting that their neighbour, The Cobbler, would be our last. Anyway, soon we reached the path junction where the direct ascent path turns off to the left. Following it up, the easy gradient steepens a little... The path loses definition among all the boulders at times, and we had to use hands at a couple of points where we probably weren't quite taking the easiest line. Ahead, the Cobbler's rocky architecture looked magnificent: View back the way we'd come: Suddenly we popped out on the summit ridge, where we got our first views north - surprisingly it was almost completely overcast in that direction. Onwards to the needle: The needle turned out to be much more straightforward than I was expecting - no problems for either of us, although it's definitely harder in descent. So is that what the Inaccessible Pinnacle is like?

The rock was also completely dry, which was reassuring as the ledge on the right hand slopes outwards over a long drop. View from the top (just to prove we did it Back at the base of the needle, looking across The Brack and down Loch Long: Across to the North Peak (Beinn Narnain behind): The North Peak is lower, but is another very characterful summit and well worth the detour: Down to the bealach on a well-built staircase: Stopped to dip our feet in the burn further down, then set off back down the zig-zags - back to the car just as the sun was replaced by stubborn clouds.

Worth the wait, this one! So long, Arrochar Alps...

Inn Pin vs. The Cobbler

Most people have a guide with a rope for the In Pinn, so you feel marginally safer. There are less people hanging around (usually) so if you freak out and decide it's not for you, fewer people there to witness it. I have never heard of anybody fall to their death off the In Pinn

However, you have to abseil off it, which you don't with The Cobbler. For me, this meant learning a new technique.
You can wander up The Cobber any decent day and have a go, which you can't with the In Pinn unless you don't need a guide.

Both are assumed to be the toughest of their respective rounds, I found Stac Pollaidh (for the Grahams) a bit of a challenge once I had done in my shoulder but nothing like the toughies which await you if you decide to complete the Marilyns 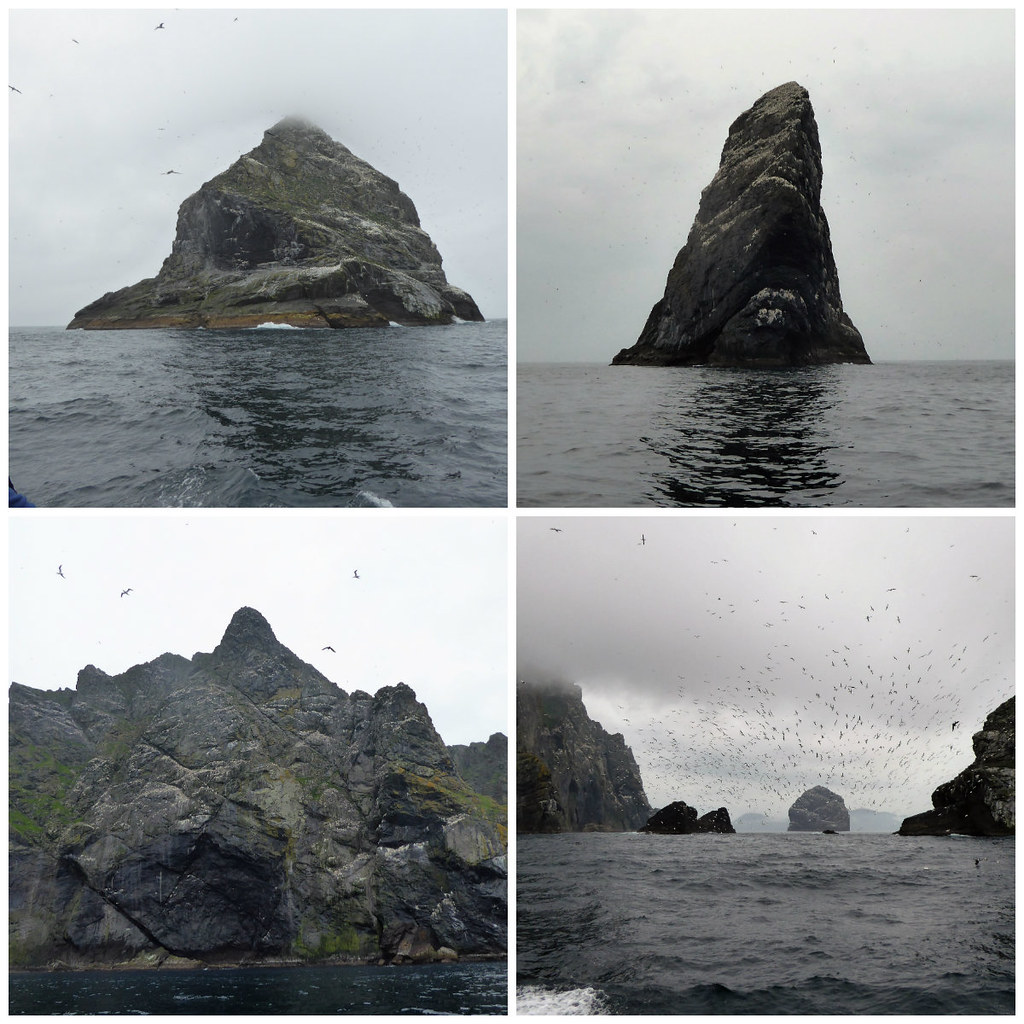 Sgurr - yes, hopefully you realised I was being tongue in cheek about comparing the Cobbler to the Inn Pinn!

We're not hill baggers (for now at least) and we don't have rope skills, so I think it's unlikely we'll ever need to worry about doing the sea stacks or the Inn Pinn. Stac Pollaidh is definitely on the list though - presumably the last bit is quite a bit more difficult than The Cobbler?

Yes, should have made it clearer in my reply that I wasn't serious. I found the last bit of Stac Pollaidh harder than The Cobbler, but that was probably because I had by then acquired a rotary cuff tear.in shoulder. This is malky_c's photo of where to go, which I printed and took with me. Good luck 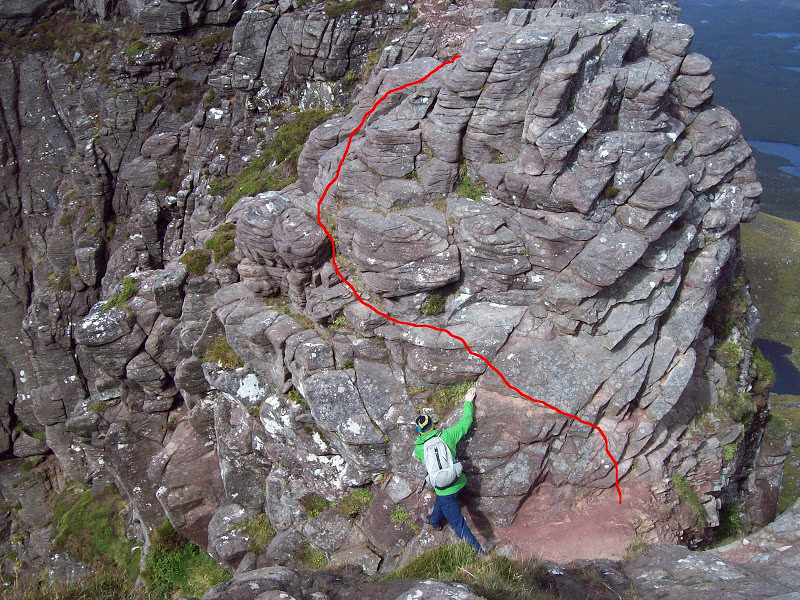 @Sgurr: useful photo, thanks (and thanks Malky). Now I just need to remember I have it when we do get round to doing it...