I left the car park through a gate, then immediately followed the path that heads steeply up the hillside through Low Wood to reach the ridge, which i then followed to the summit of Hartsop above How. 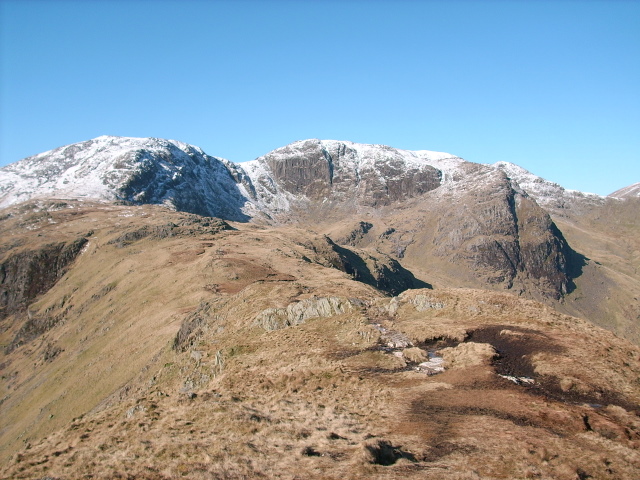 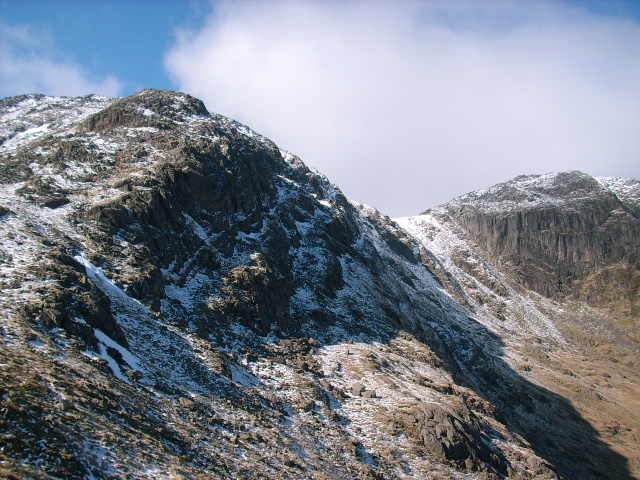 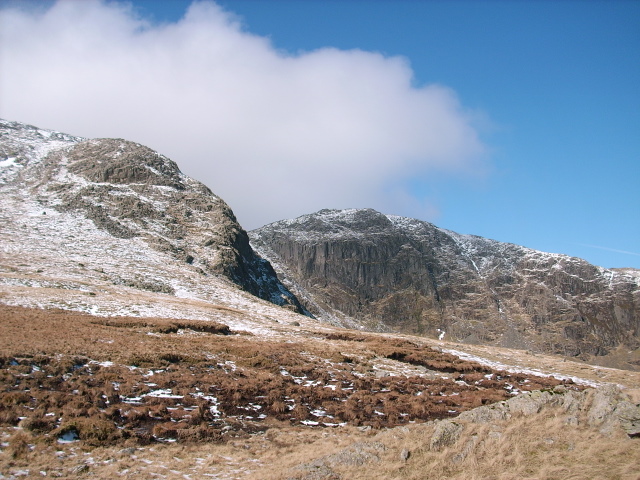 Hart Crag on the left, Scrubby Crag in the centre 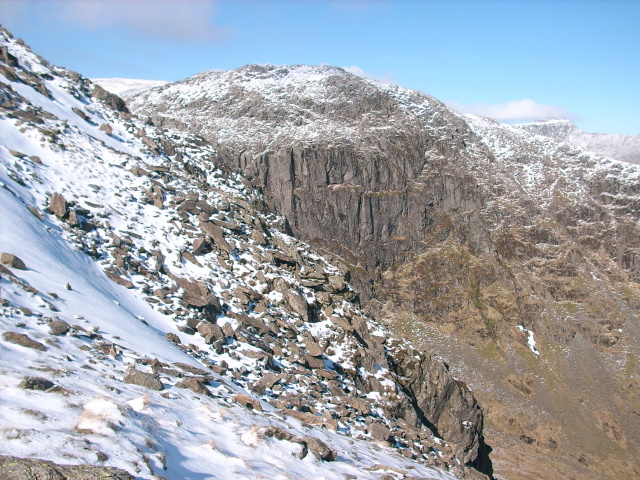 The weather was sunny with blue skies, but with a strong wind blowing i needed to put a second jacket on as i sat for some time on the summit. 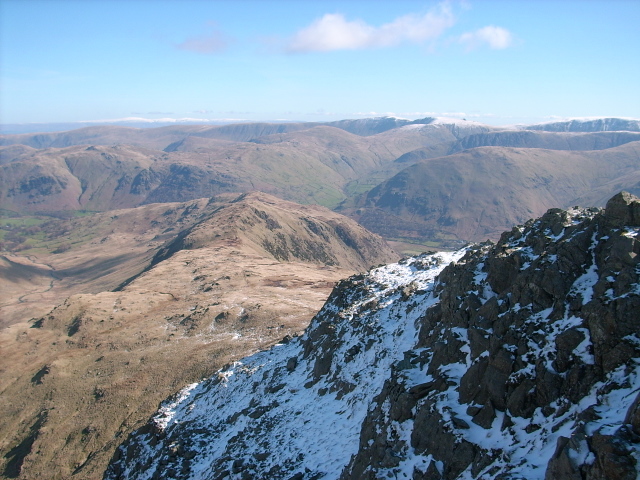 High on Hart Crag looking back to Hartsop above How 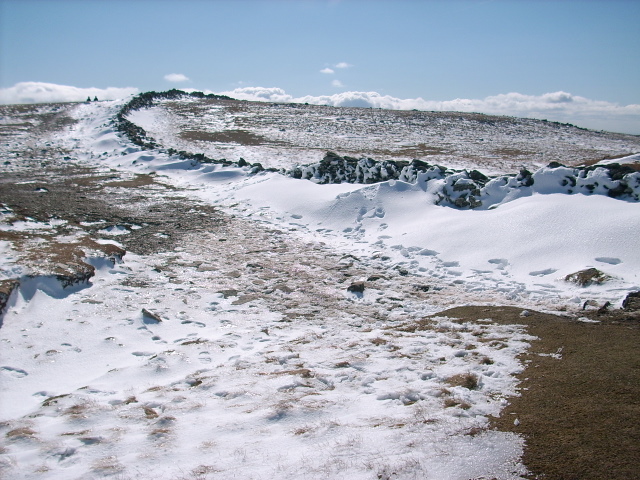 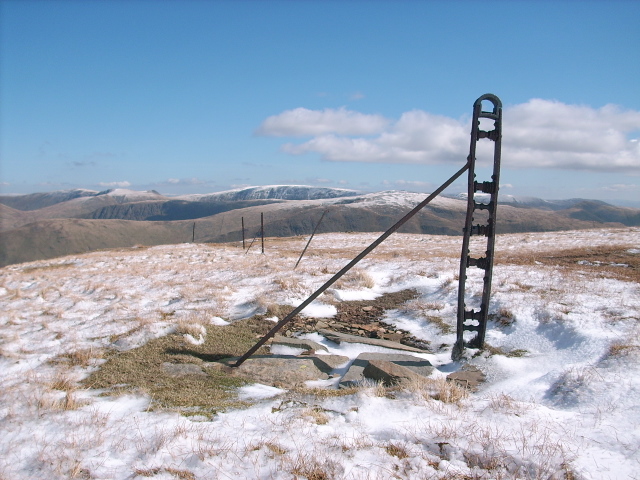 Near Dove Crag summit looking to High Street in the distance 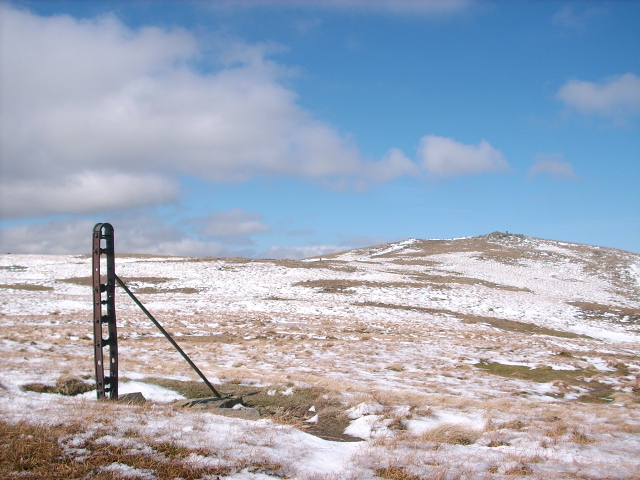 I then followed a broad ridge which narrowed a little and steepened as height was gained. The snow was shallow and soft and i soon reached the summit of Hart Crag, the wind was much stronger now so after a few photo‚Äôs i quickly headed off for Dove Crag. 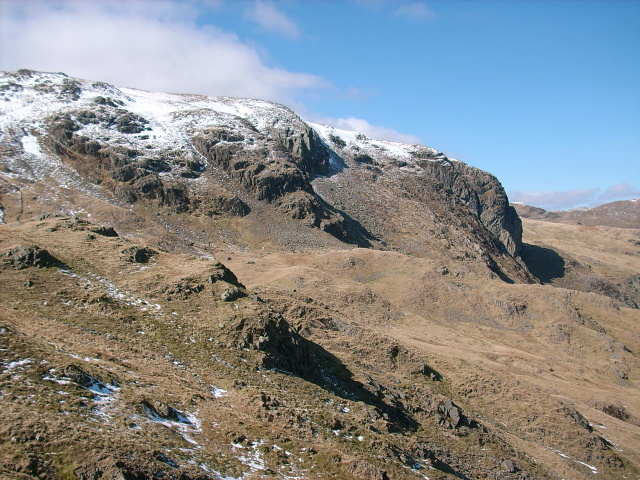 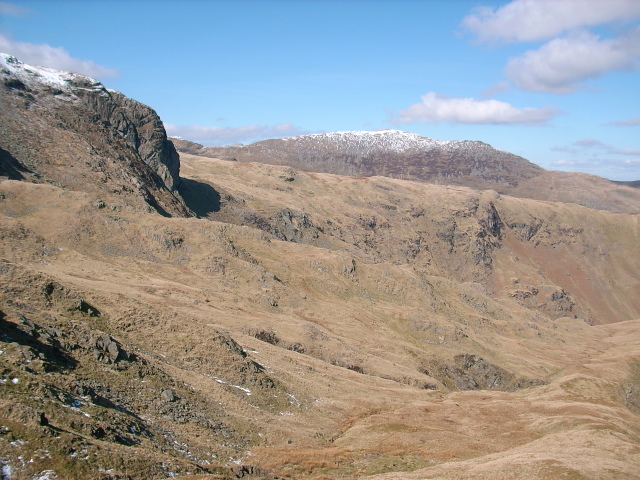 The Cape in the distance, sometimes known as St Sunday Crag Descending High Hartsop Dodd in the direction of Brothers Water Low down on the NNE ridge of High Hartsop Dodd

There is not much shelter on the summit of Dove Crag and so i carried on in the direction of Little Hart Crag, stopping for lunch behind some rocks lower down the hill. A few metre‚Äôs of height gain put me on Little Hart Crag, i then turned north east and headed to the final summit of the day, High Hartsop Dodd and although a wainwright its just a minor bump along the way. A steep descent NNE took me to Brothers Water, then a short stroll back to the car park.

Great to see piccies of my more regular hills while I'm on nightshift wondering what to do for my rota'd time off this week!

Surprised there's still so much snow on the tops!

Grand photos, I was pounding south down the M6 on Sunday and could see a good covering of snow on the Lakeland tops, visibility was great

Stunning pics - almost makes me wish that I still lived in the Lakes...

Love the water on the 2nd to last one - did you have to stand in it to get that shot?

Paul Webster wrote:Love the water on the 2nd to last one - did you have to stand in it to get that shot?

It does look like it, but no, i crouched down at the waters edge holding the camera about 1 inch above the surface of the lake, a different perspective from the 2nd shot below taken 2 minutes earlier stood at the same place with the camera at eye level.