I spent the previous night camping in Glen Lochay. The site was pretty clean though there were a few blackened areas where there had been campfires. On driving down the south side of Loch Tay, I came across this sign. Great to see a sign that does not say "NO CAMPING" and everything seems very reasonable

. They have even provided a spade, although I did not see it. Perhaps it has been nicked? 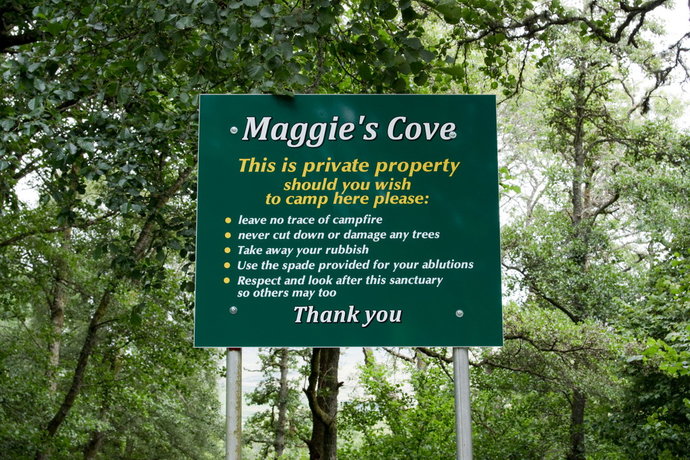 Their rubbish has been bagged but then abandoned! They seem to think that the local refuse services will immediately collect it before wildlife rip the bags open to search for food!

Down at the lochside, everything appeared clean and as it should be. 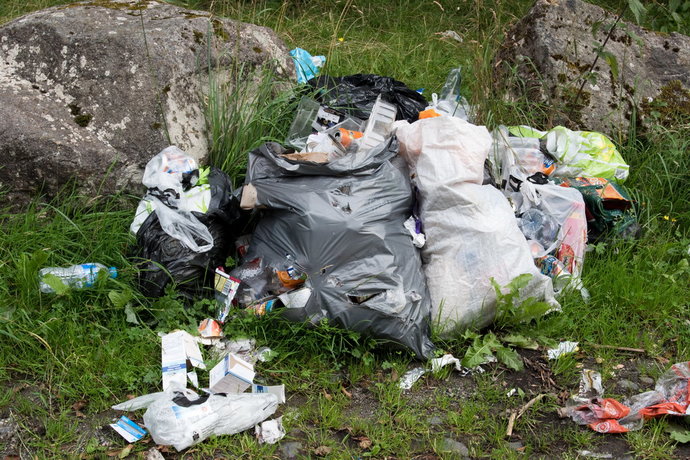 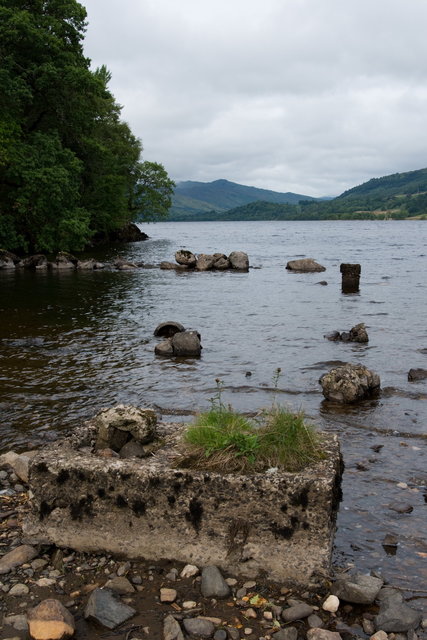 Driving just a little too far, I turned round and parked up across the bridge from the Ardeonaig Hotel. 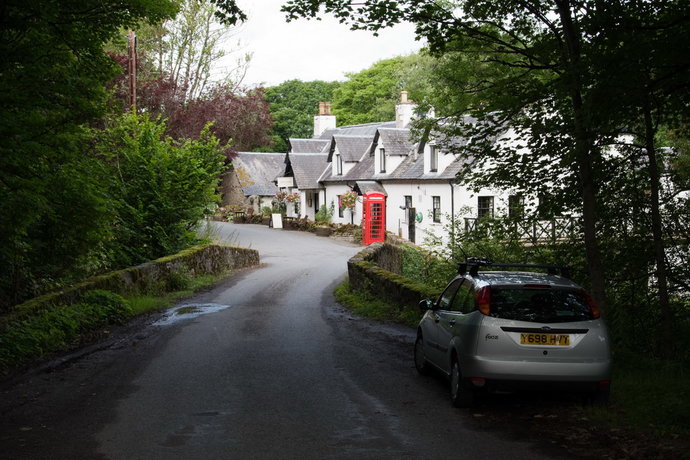 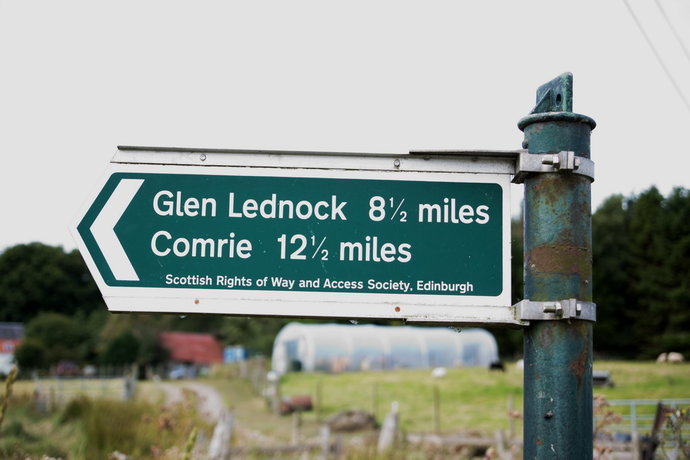 The start of the route is a little east of the hotel and signposted. The route passes up across well grazed fields passing the ruin/cemetery of Cill mo Chormaig (Cell of St Cormac).

I seem to be in a minority, approaching Creag Uchdag from the north. White following the right of way is straightforward, I had to look for gateways to avoid upsetting the local farmers by climbing over walls and fences, but eventually reached open hillside. The flattened/short vegetation resulting from the passage of a motorised vehicle made walking easier and a wall was used as a "handrail" to guide me to the top of Meall nan Oighreag. Although the going had been easy and the fact that I had enjoyed a second breakfast in Killin, I stopped to eat my sandwiches. This was, in fact, a good move as conditions were to change a little on my approach to Chreag Uchdag, as a band of low cloud moved eastwards. Eating during a brighter period increased the quality of the rest and the delay meant that I reached the trig point just as the summit was clearing again. The 2km route from Meall nan Oighreag passes the remains of an old lead (galena) mine before crossing a section of peat hag followed by pleasant short grass up the 90 metres to the Corbett. I tried to connect my camera to my phone, but the latter is getting old and my phone bleeped and shut down even though there was a remaining charge of over 90%! Therefore, I switched to plan B which was to use the shutter delay on the camera. I did not in fact quite follow my intended route down as I was attempted to follow some fence posts down steeper ground, having to turn a few small crags on the way down. It was nevertheless pleasant and allowed some exploration of the hills features. Here, looking back to Creag Uchdag from the west. As I turned northwards, I came a cross a small herd of deer. The cloud was beginning to clear on the Ben Lawers group as I headed for the Fin Glen, with around 3 miles of easy walking back to the car. Low down the glen, I cam across this chalk bag. This seemed a strange find as I was unaware of any climbing in the area. Investigating it further, I found that rather than chalk, it contained a number of black plastic bags containing soft squidgy stuff. I carried it off the hill, binned the chalk bag and kept the carabiner. Let me know if it is yours!

The final photograph and the finest part of the day....

I enjoyed a good sized pot of tea in the Ardeonaig Hotel before heading home. I had missed our wedding anniversary when I visited the Lookout, so best not to miss my wife's birthday as well!

So that what a clear summit is up there

I was on there the next day (the 6th). Went from Ben chonzie parking area. Never saw a thing from about 600m up. Peat hag dodging for me!!

An odd find indeed. Theres climbing to the south but you'd approach from Comrie.

It's hard to imagine what goes through the head of someone who dumps a great pile of rubbish like that.

Alteknacker wrote:What was the soft stuff in the chalk bag....???

The chalk bag was badly frayed and torn. I think it had been retired from climbing.

I assumed that it belonged to a responsible dog owner who had found a new use for it!

I therefore did not open any of the little bags to investigate.

The chalk bag was disposed of in a bin as I passed through Aberfeldy.