what a perfect day it was!!!!
on saturday i was planning my next walk and couldnt really make up my mind between ben lawers and beinn ime. i expected some snow on both of them and wasnt sure where will be more -yes, i wanted more

finaly decided to head to arrochar.
when alarm went off on sunday morning (actually felt like the middle of the night) 6.00 i just checked situation outside the window and was rather depressed to see heavy rain. then i got up and checked weather forecast for arrochar again - sunshine. impossible to believe. i thought, i'm not loosing anything (just few hours of sleep and few hours drive) lets give it a chance... so i got up

i drove in heavy rain utill i reached glasgow (i'm based in edi), then the rain stopped. and i felt some hope for a 'not-too-bad' day. when i arrived to arrochar everything was still asleep, but weather surprised me nicely - hardly any clouds, some blue skies...wow! and this nice frost around. that was a start of one of my best days out ever.

and, the funniest thing - i met the same couple which walked with us 2 weeks ago on an caisteal

i left the car park at 9.15 (ticket machine worked!!!) and went towards the glen. it took me exactly an hour to reach the dam (well, i'm not a fast walker, i like enjoying myself and taking pics etc.)
first views to the cobbler were just amazing - a little bit of snow, blue sky and yellowish grass. stunning!
i was surprised how busy it was -plenty of people here and there.
walk thru the glen was a nice one, views -perfect, the path itself was frozen

finally i reached bealach a'mhain, had some hot tea and started ascent to beinn ime. a little bit boggy but most of the time bog was frozen (great!!!) so that actually wasnt too bad.
about half way up beinn ime, the snow started. again, i think it is so much better to walk on snow than on the bog. snow was quite deep at some points, deepest was, i think, knee deep.
final 20 mins the 'path' was 'icy snow' and that was quite unpleasant. when i finally reached the summit, the cloud covered everything

i met 2 guys on the summit, we had few words and each of us started descent. i decided to fix my crampons for the ascent and i must say it was quite a good idea.
i came back the same way. the whole route took me exactly 7 hrs.
i must mention - the views from beinn ime were spectacular, in every direction.
i will definitely go back to visit mr ime in the future beinn narnainn from start of the path to the cobbler 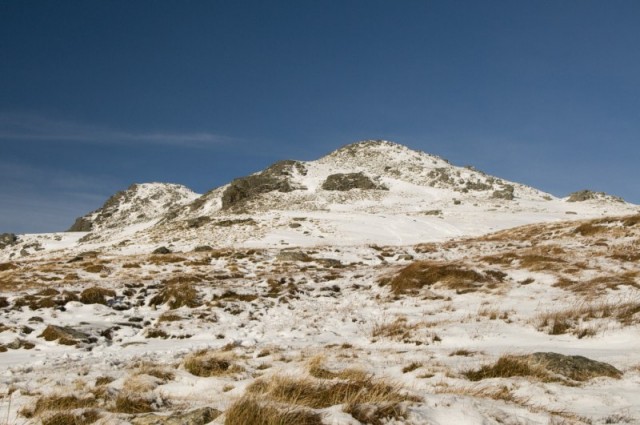 just managed before the cloud's eaten my views! the summit. recognise me by blue crampons :)

oh no, the cloud again! 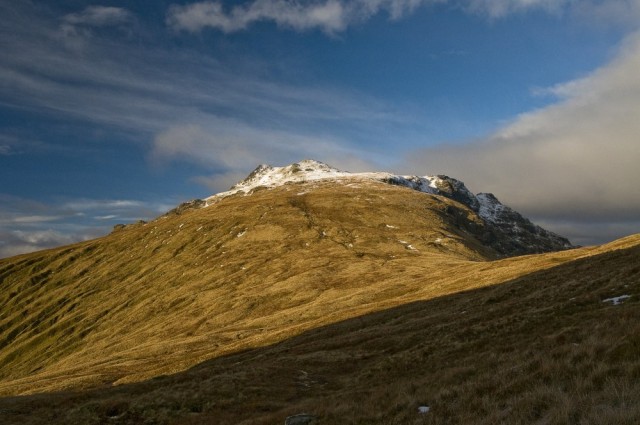 reminds me of mushrooms... Nice pics there - I have to say the blue crampons must be pretty unusual - I've only ever really seen yellow straps before!

yeah, crampons -blue is kind of unusual, i've only seen yellows and blacks before

those i bought overseas

Some nice pics there blueyed. Think you may have put the date down wrong as you said you did this Sunday, which was the day after Gammy and I were up there. By not going Saturday you missed out on the exciting 50mph wind gusts and horizontal snow blasts!

Looks like a great day & some cracking photos - really like the first one of the misty loch.

Hi Ela,
You did seem to enjoy your walk

Some nice images as well.
Will stop and talk the next time instead of just a 'Hi'
Davie