Littlemill Esker Trail.gpx Open full screen  NB: Walkhighlands is not responsible for the accuracy of gpx files in users posts

After two days on the north-west coast, we headed over to the Inverness area for day three - a break from hill walks, and the forecast was a bit better in the east. It was still cloudy as we crossed the Kessock Bridge, but sunshine broke through as we toured Tomatin Distillery just off the A9. Nearby was the Forestry Commission's Esker Trail at Littlemill - a fascinating place to spend a couple of hours, if (like me) you have an interest in glaciology. Briefly put, eskers are snake-like mounds of earth deposited by meltwater channels under glaciers, which are left behind after the glaciers retreat. There were also several kettleholes: lochans left by melting blocks of ice after the main glacier had gone. Photos of the circuit below - see if you can pick out the eskers: 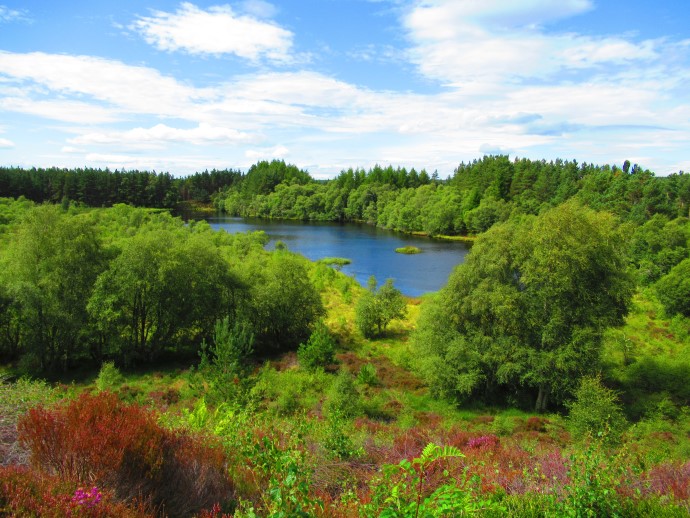 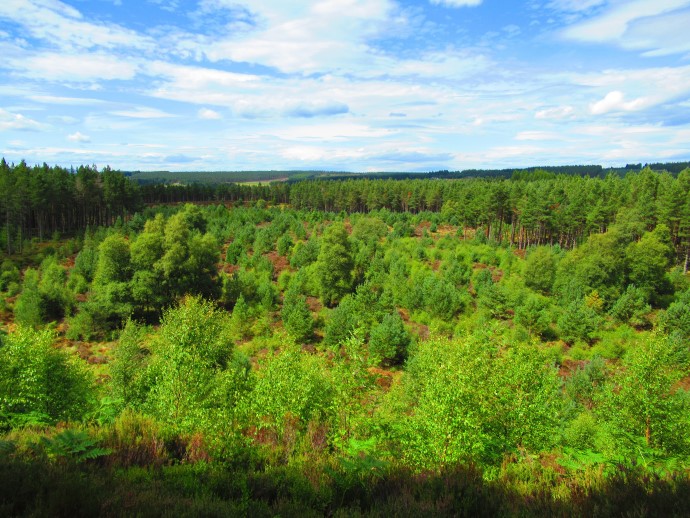 P.S. in the afternoon we walked up Craig Phadrig on the edge of Inverness. It was such a short walk that I won't bother writing it up, but the views from the top are excellent (through trees): Nice, and I learned something too.

I do like glacially formed geological features, both here and in places where they're still happening, but hadn't remember the term eskers.

Thanks Map. It's a very interesting site.