Video of our trip on featuring some drone footage of the bothy!

From the 4th - 7th June 2018, we hiked the Lochnagar Loop in Balmoral, Cairngorms, bagging 6 Munros and 3 bothys covering 49.1 miles in total.

The weather was spectacularly good feeling more like the south of Spain than Northern Scotland and, aside from acquiring some rather bizarre tan lines, it couldn't have gone better.

Setting off from the Spittal of Glenmuick we hiked 3 miles to Glas Allt Shiel, a beautiful manor which we had all to ourselves! Having messed around with our cameras the next morning (as seen in the video!) we started climbing, reaching Broad Cairn with clear skies giving us views miles around. After viewing the cliffs (and getting an obligatory schools out jump!) we arrived at Cairn Bannoch where we hid from the sun while eating lunch. Our last Munro of the day was Tolmount allowing us to look all the way down the valley to our bothy for the night at Loch Callater. We had a quick dip in the lake and admired the toilet made by local scouts before heading off to sleep - once again not getting to share the bothy with anyone.

The second day saw us climb up instantly to Carn an t-Sagairt Mor where we observed the crashed plane which has lain upon the mountain since 1956. Carn a'Choire Bhoidheach was not much further on and by this time we could see our main prize- Lochnagar! The photos didn't do justice to Lochnagar- the views over to Cairn Gorm and Ben MacDui with the loch below us were breathtaking. After a small detour (I somehow lead us off the mountain in the wrong direction!) we got down to the path that would be our companion until the next day. The heat was oppressive and so we were relieved to arrive at the bothy as having no hats or long sleeved shirts meant I took more rays than I would have wanted to and Lucy bravely wore frankly ridiculously warm clothes to avoid the same fate! At Gelder Shiel we finally got to share a bothy with a New Zealand family taking the weekend off from work in a Braemer campsite.

The final day was a hike over to Albert's Cairn on the Balmoral Estate before another sweltering trudge to the car with little to no cover from trees. A visit to Royal Lochnagar Distillery and a few tasty drams were the only thing which kept spirits high with the only other point of note being seeing my first British snake- although granted it was about the size of a worm! 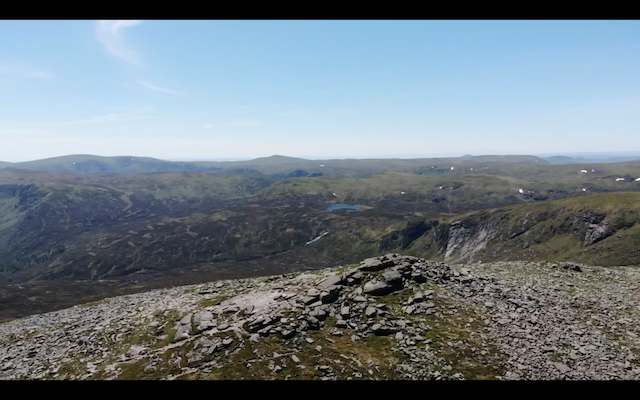 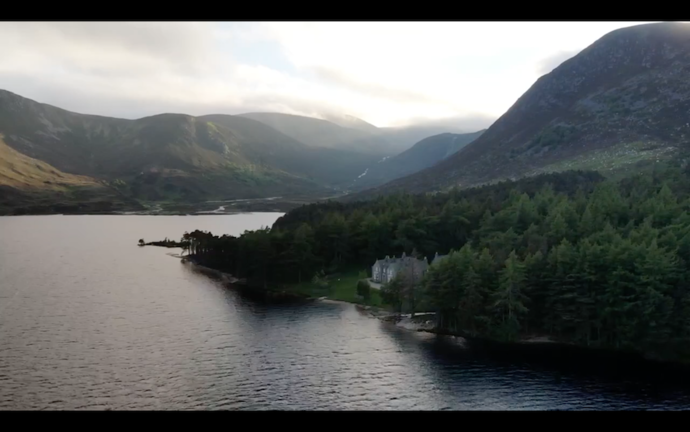