Blown off Beinn a' Ghlo (almost)

Blown off Beinn a' Ghlo (almost)

A bit of a weather lottery this weekend, with the forecast changing hourly (or so it seemed). We had hopes of heading to Arran briefly, then perhaps the Trossachs, but in the end the best weather looked to be much closer to home (for me at least). We agreed on Beinn a' Ghlo - my 4th visit to these hills and Jackie's second. One day I'll get around to an alternative approach from Glen Tilt, but neither of us could be bothered today.


Map.gpx Open full screen  NB: Walkhighlands is not responsible for the accuracy of gpx files in users posts
We started walking just after 10am from the usual spot by Loch Moraig - even down at this level it was pretty breezy. We opted for an anti-clockwise circuit of the normal route, planning to get the longer walk-out done on the way in. 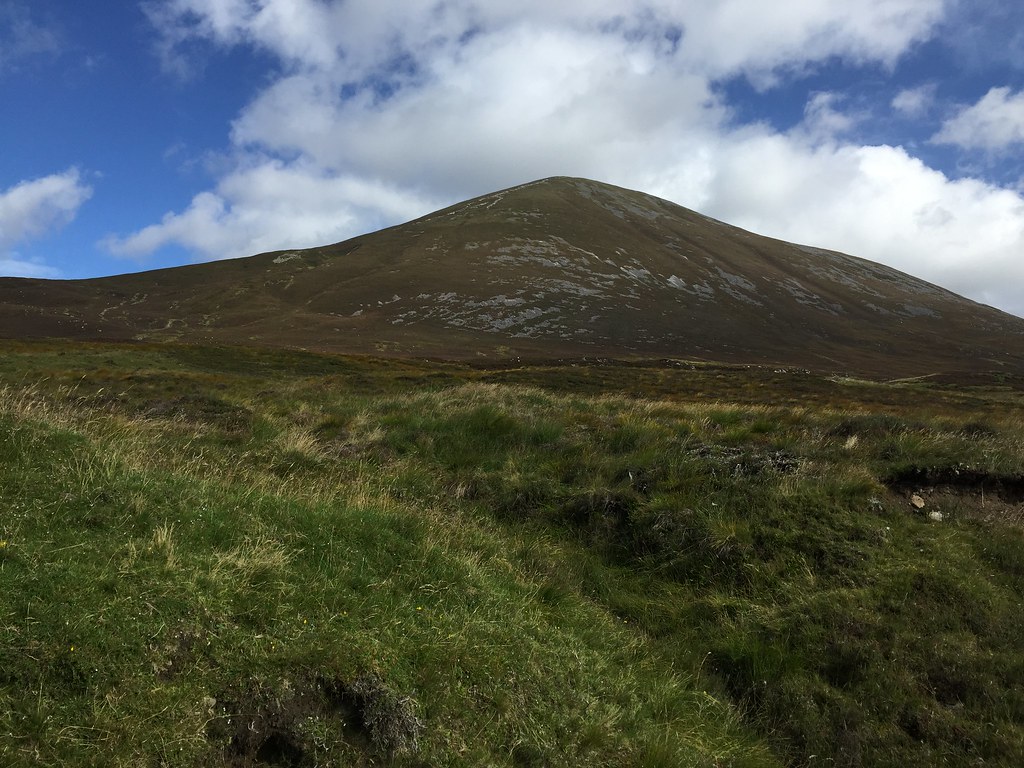 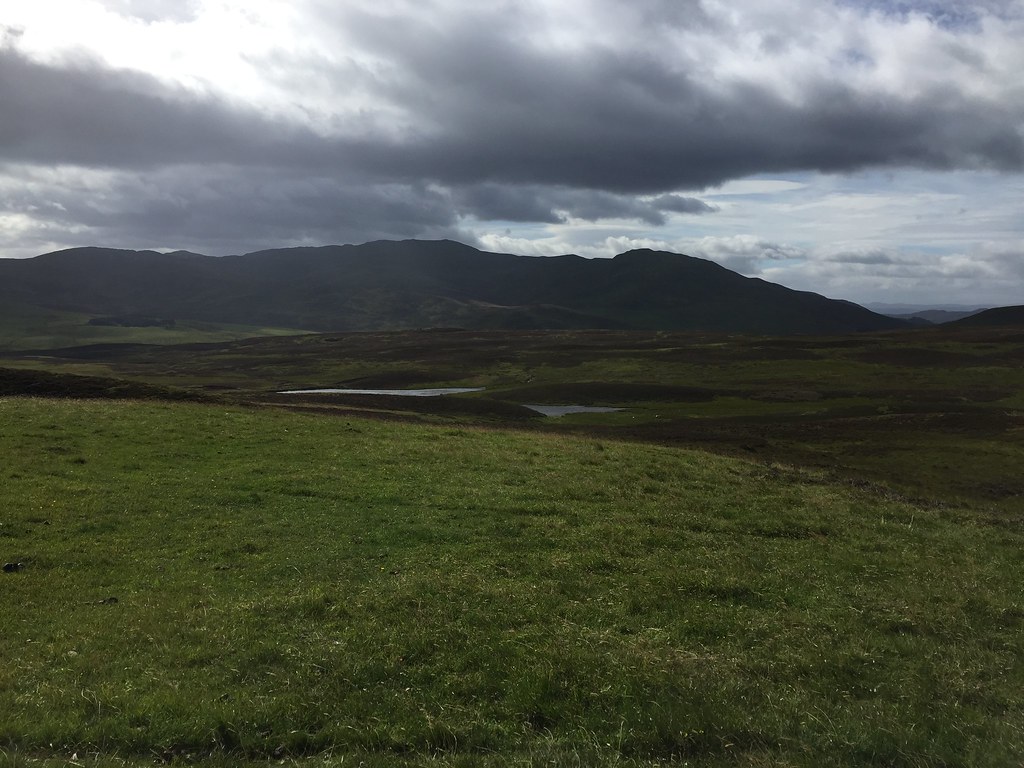 A new path has sprung up since I last went this way - I have no memory of whether it was there on my last circuit of these hills in 2015 as we took a different route back from Carn nan Gobhar then. It certainly speeds proceedings up, even if it looks a bit raw at the moment. The good surface ended at the foot of Airgiod Bheinn, where the going reverted to being a bit more peaty for a short distance. 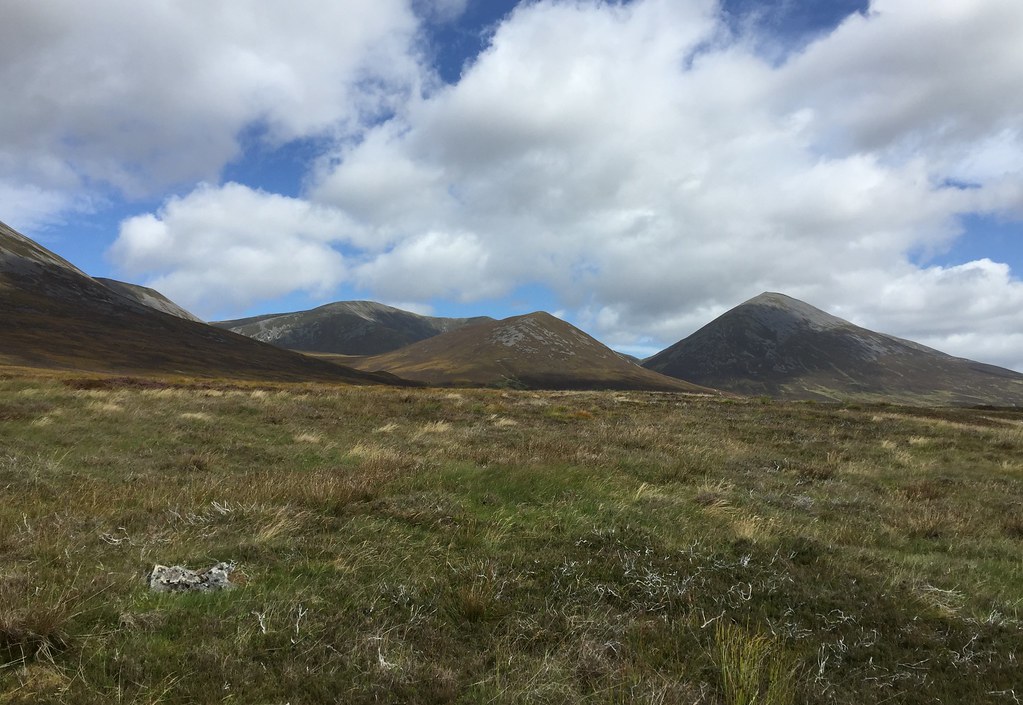 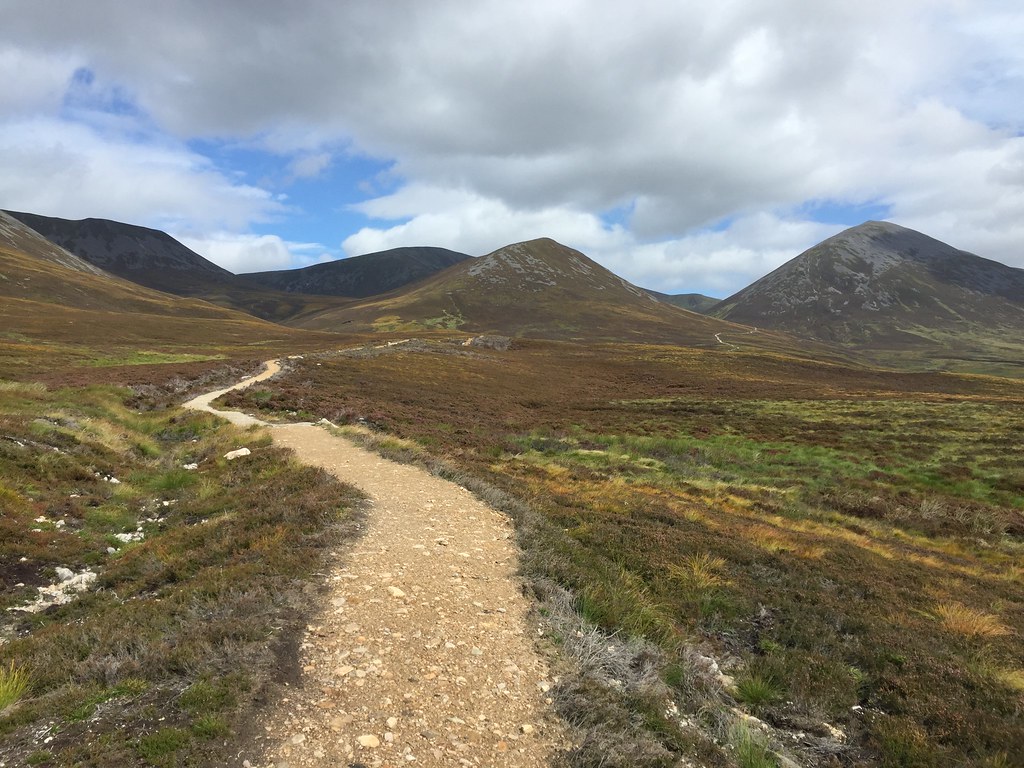 It is pretty much straight up from here, but easy enough. As we got closer to the summit, the wind began to make things a bit of a struggle. 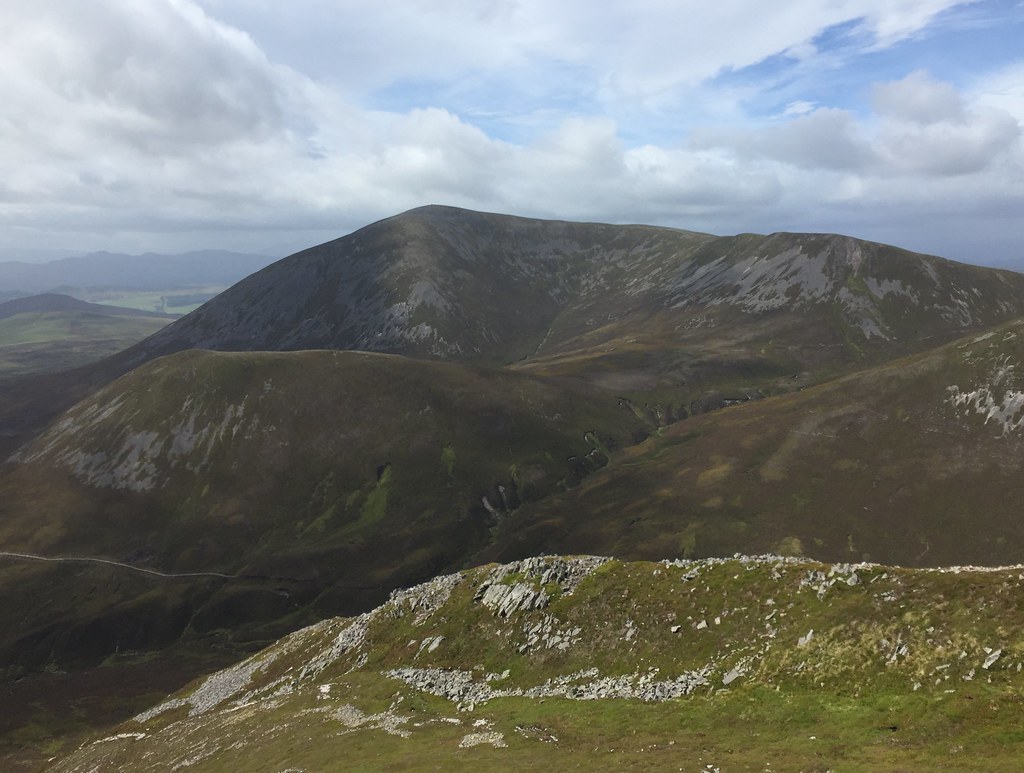 Oh what fun it was to make our way over from Airgiod Bheinn to the summit cairn! It was quite hard to hear anything in the wind, but I could still make out the odd yelping noise from Jackie as she almost got blown away a couple of times

. Thinking back to my last visit in 2015 and some of the interesting river wading we needed to do on the walk out, this wasn't the first time my beer belly had make life easier for me on Beinn a' Ghlo! 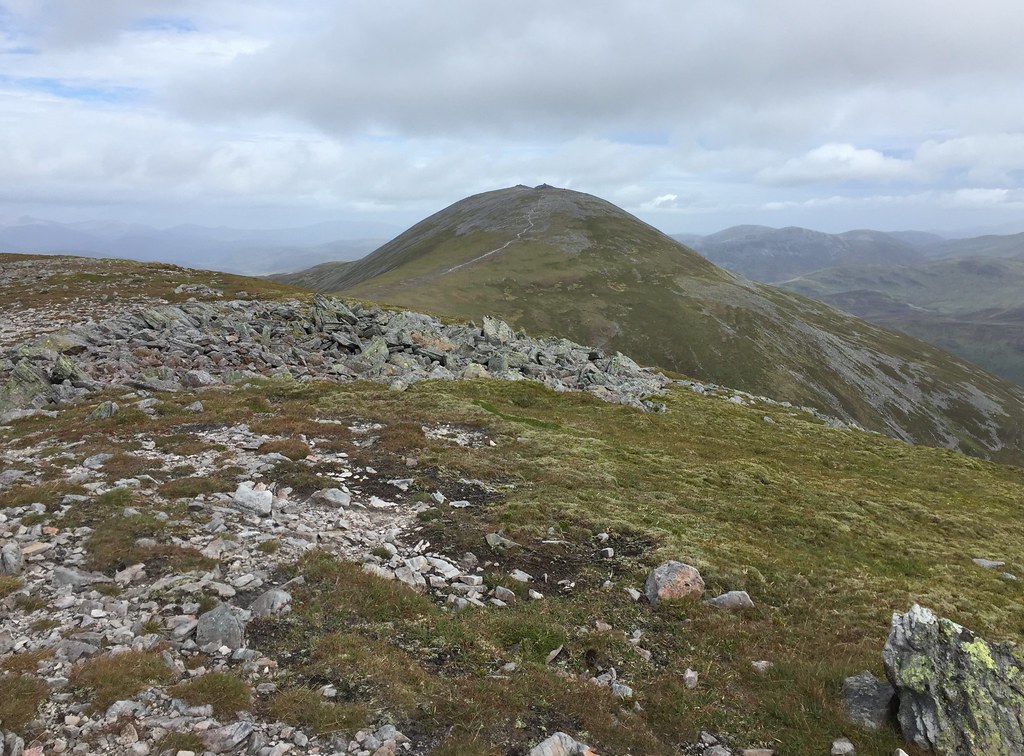 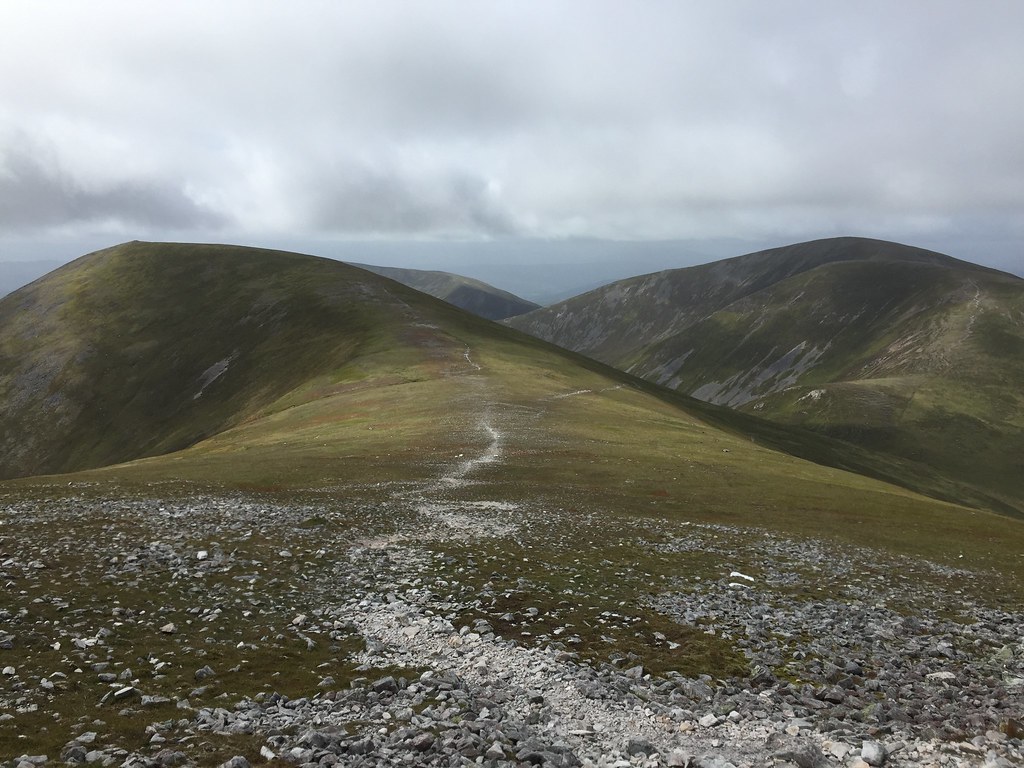 On the ridge from Airgiod Bheinn 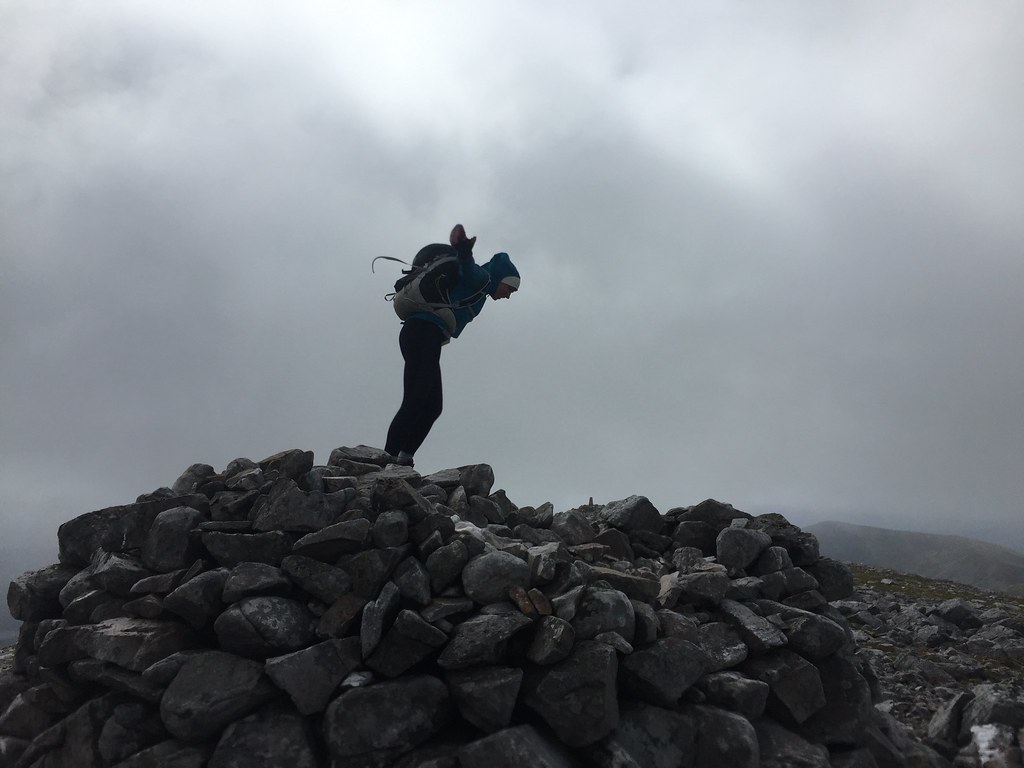 Windy at the summit

There was a guy wandering around the trig point who had lost his car keys somewhere up here - although we kept an eye out, we didn't think he had much chance of getting them back. 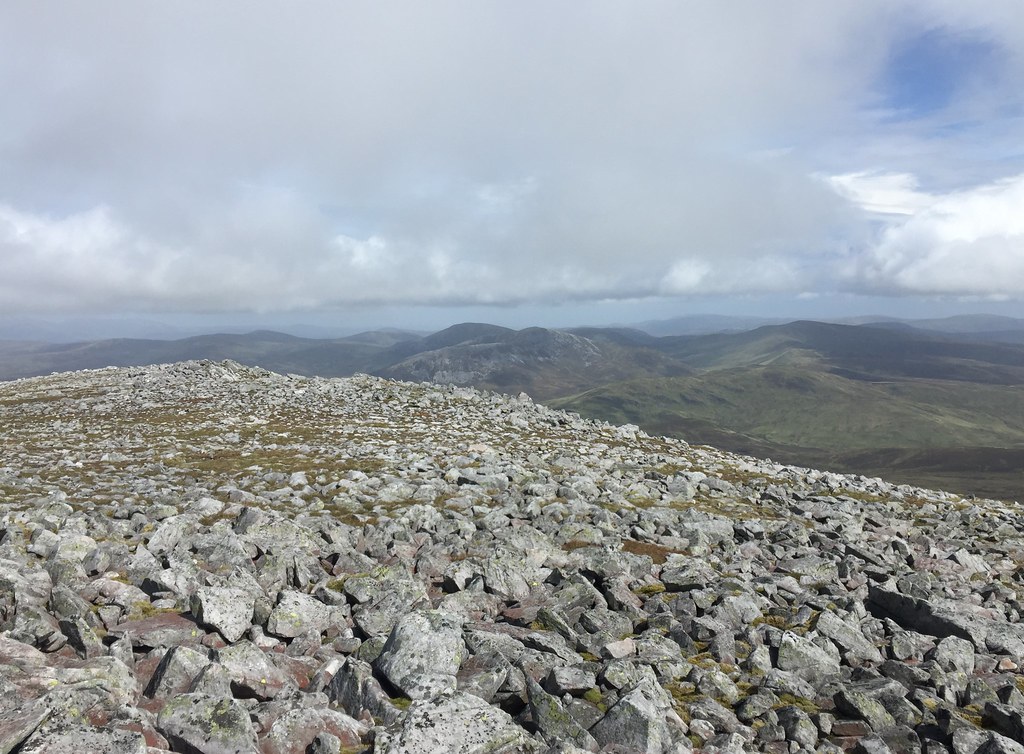 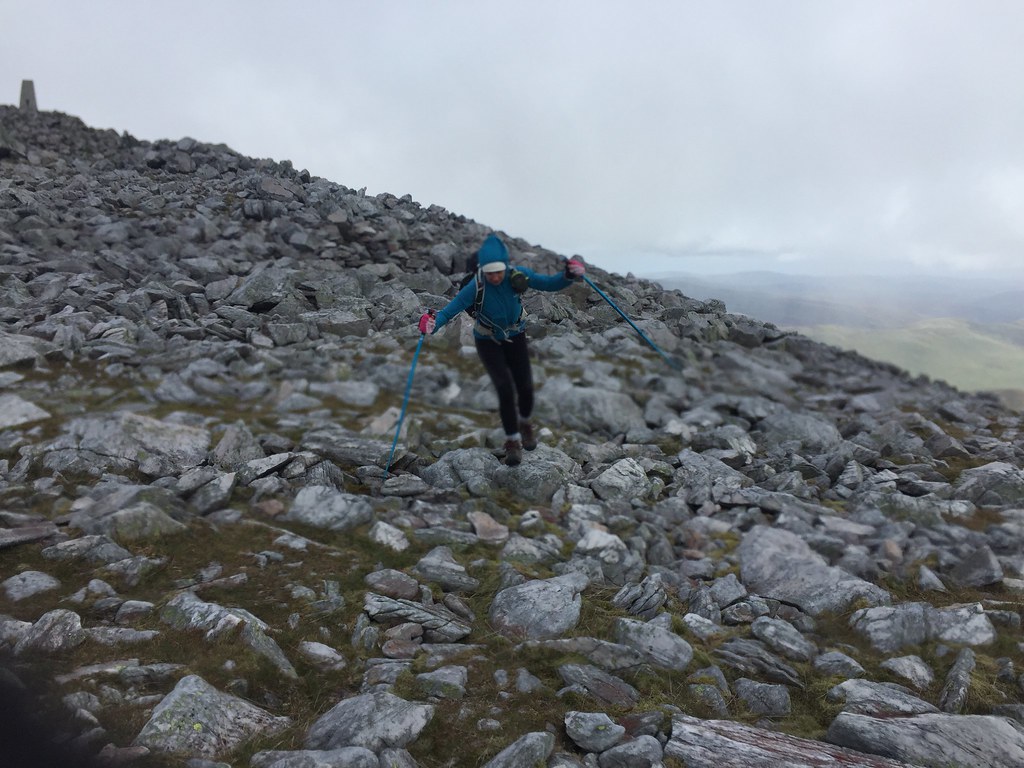 We had debated skipping the other summits due to the wind, but they couldn't be as bad as Carn nan Gobhar, surely? The decision was made at Bealach an Fhiodha, where we opted to carry on to the next summit at least. Oddly, the wind was way less brutal up here (it had been forecast to drop but I hadn't expected it to happen so suddenly), and the rest of the walk was a piece of cake. 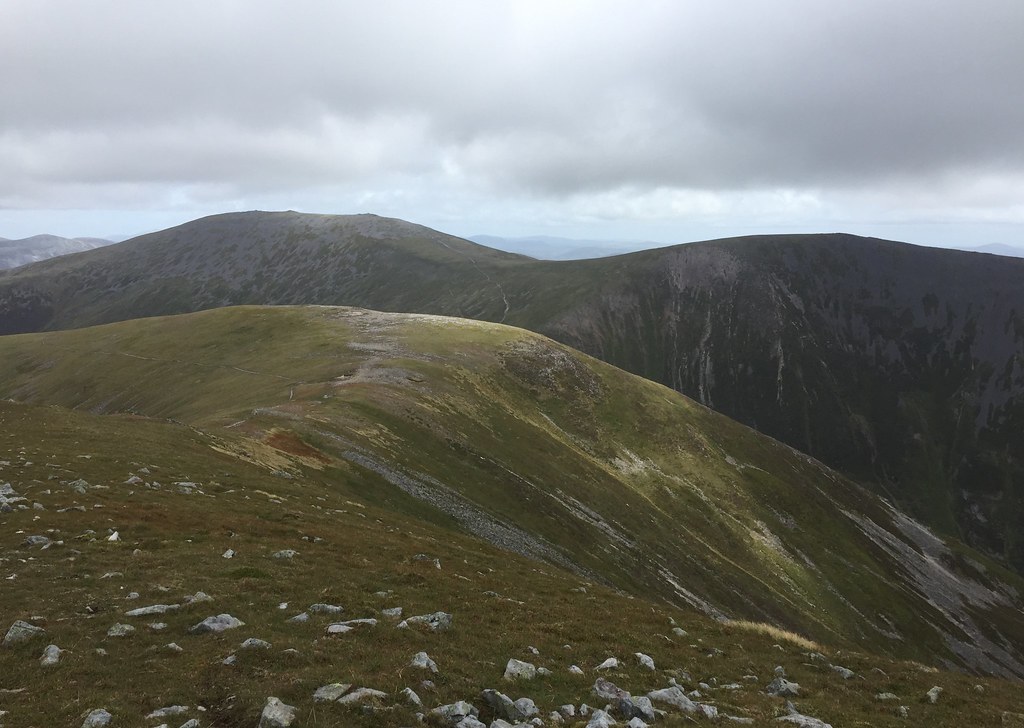 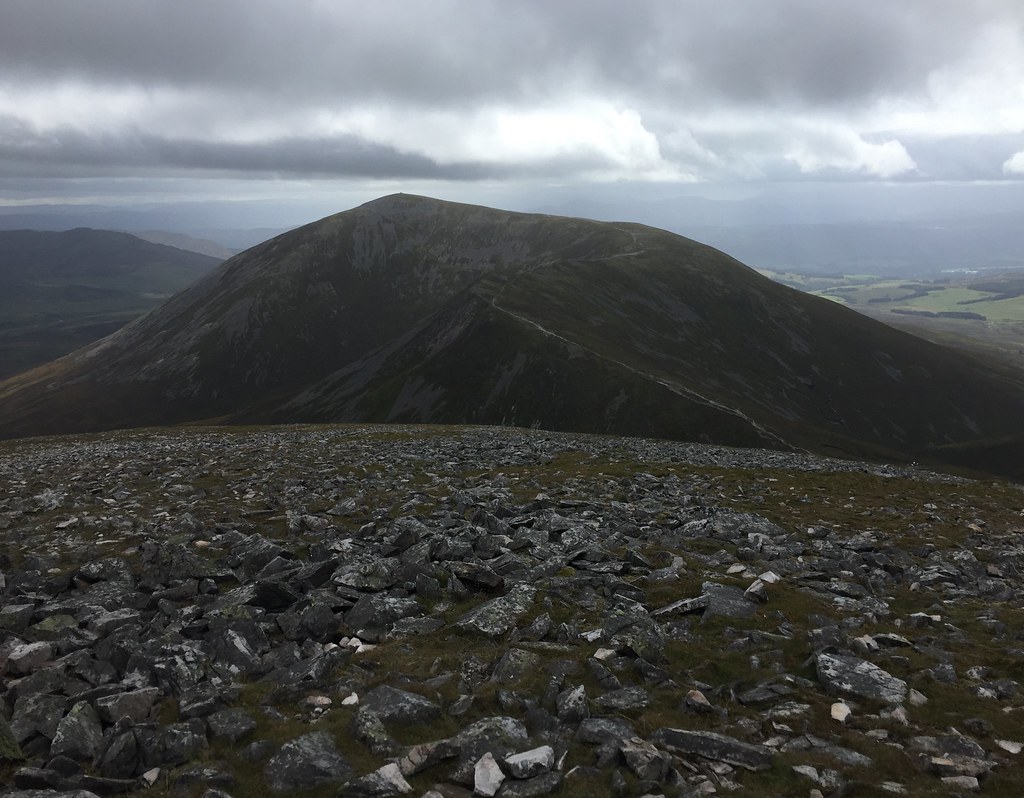 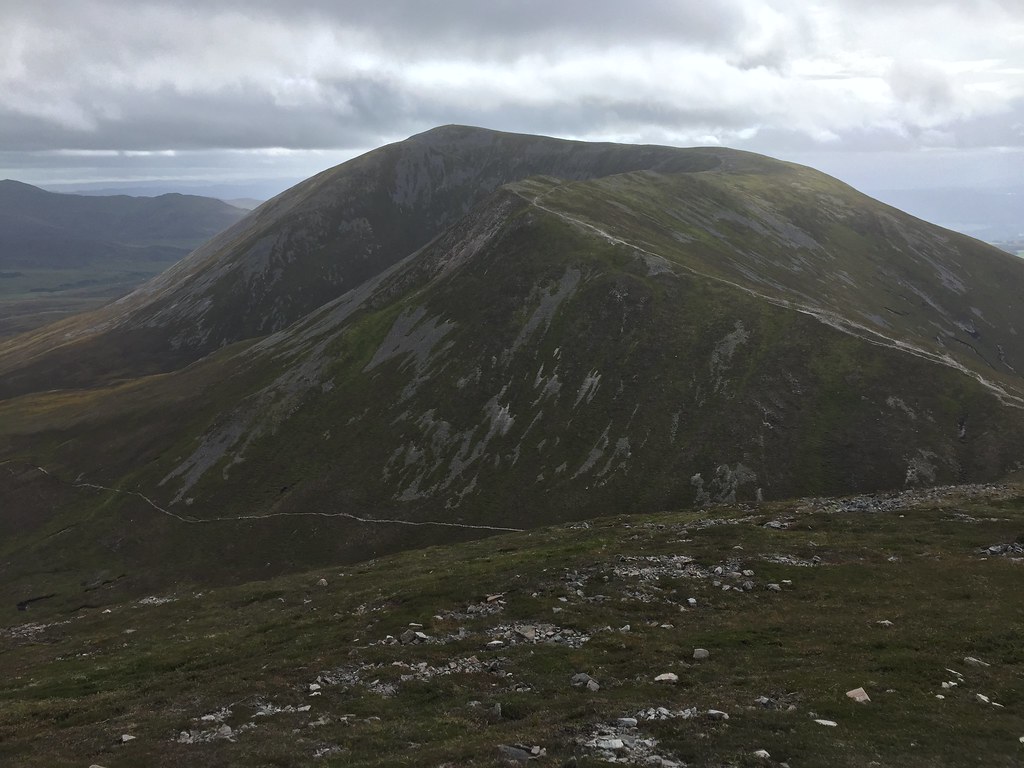 Despite the strong winds, there were plenty of other people up here today. No surprise really, as this area probably had the best forecast by a long way 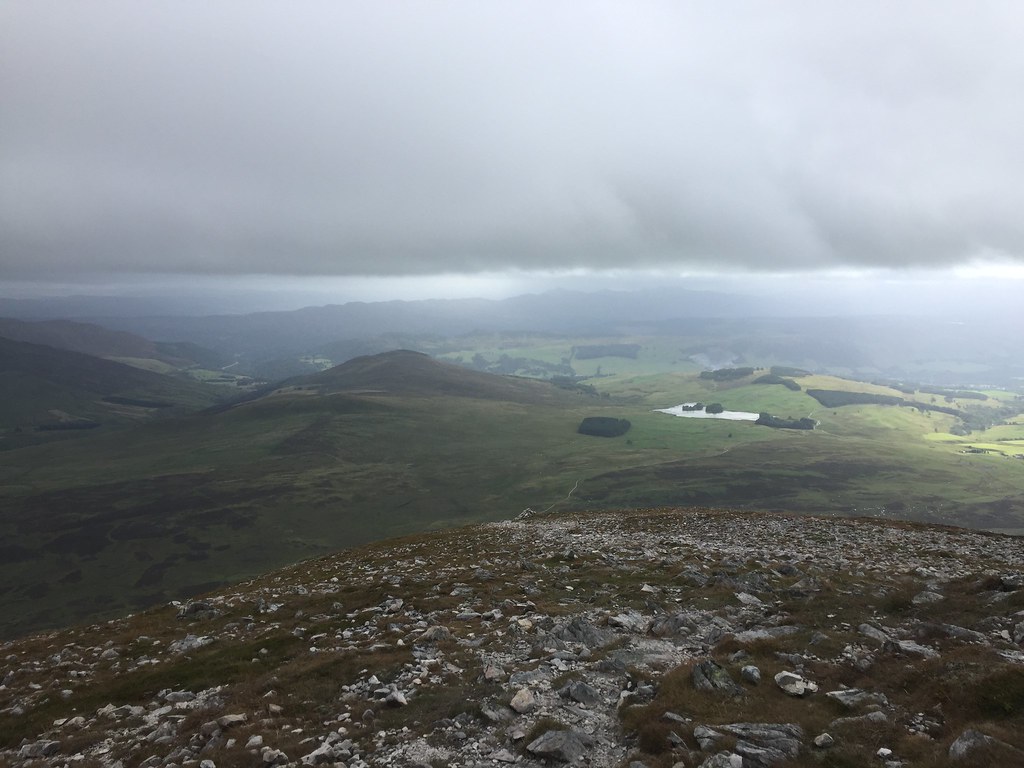 Down to Loch Moraig and the A9

There is a new path also under construction on the SW ridge of Carn Liath - we were down this and back to the car in no time. 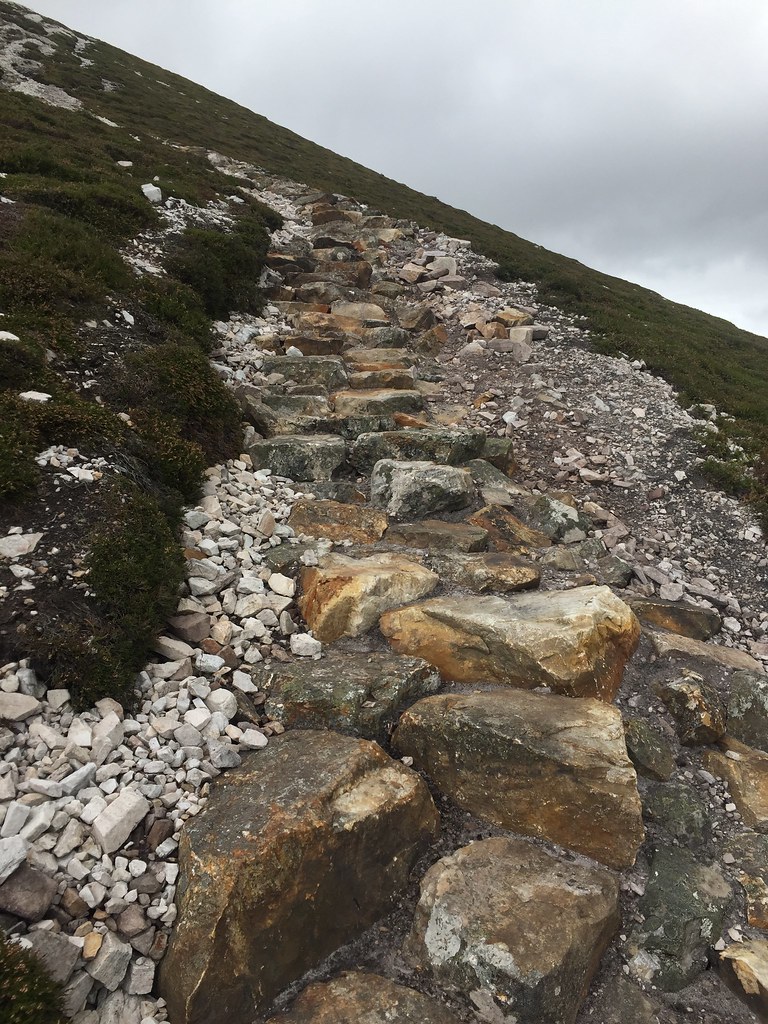 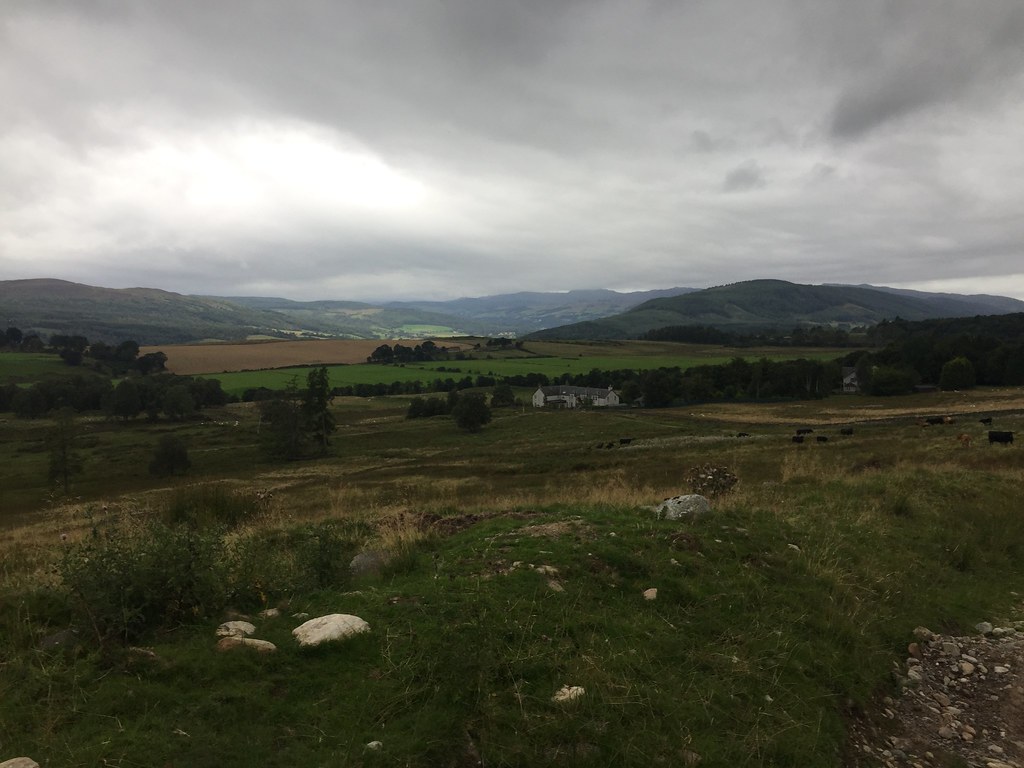 Back at the car, we bumped into lost-keys-guy again and gave him a lift into Pitlochry so he could get the train home. He was still debating with himself whether it was really worth paying half of the value of his car to get a new set of keys for it

We certainly felt like we had managed to make the best of the day, which was good.

Was the lost-keys-guy called Martin?

Beat me to it.

After seeing a bird's nest on Pabbay and being unable to find it again even though we had only moved a couple of metres, I have great sympathy with your car key man.

I hope that once the new path is bedded in on Carn Liath, the horrible eroded path will gradually become less visible from the road, though comparing with the Lake District a lot of people seem to like walking OFF the path.