I was staying at Mar Lodge but decided to drive east to an area I hadn't been to for some time to have a walk up Pressendye and Craiglich. I parked on the B9119, east of Tarland in a layby at the start to the drive up to Pett Farm. A cold wind was blowing from the north with a smirr of rain in it as I set off up the road to the farm. Through the farmyard, I continued up a rougher road, ignoring a turn-off to Pett North, to turn left on to another track at a black marker post. This wound pleasantly up through the woods with views of Morven off to the west. After a short time, I reached a junction of 3 tracks with a nearby wooden picnic bench - handy for a quick seat and drink. I followed the track to the left on a long straight followed by a bend up the hill, still in, by now, sparse woodland, past another picnic bench off to the left. 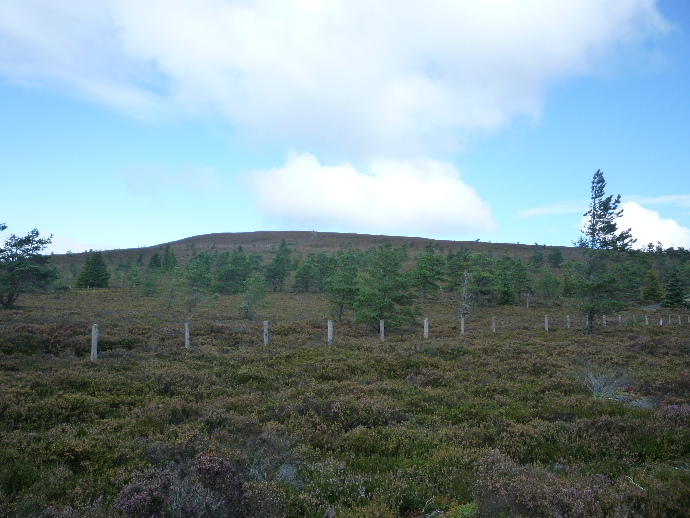 Eventually, the hill came into view and the path became steeper following the line of a deer fence to the left but the summit was quickly reached where there was a handy shelter cairn to provide a break from the cold blasts of wind. 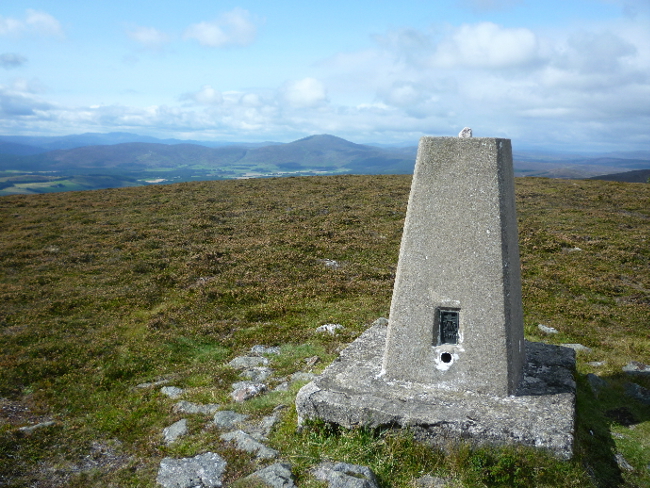 
From the summit, I could look over to Craiglich, my next objective. 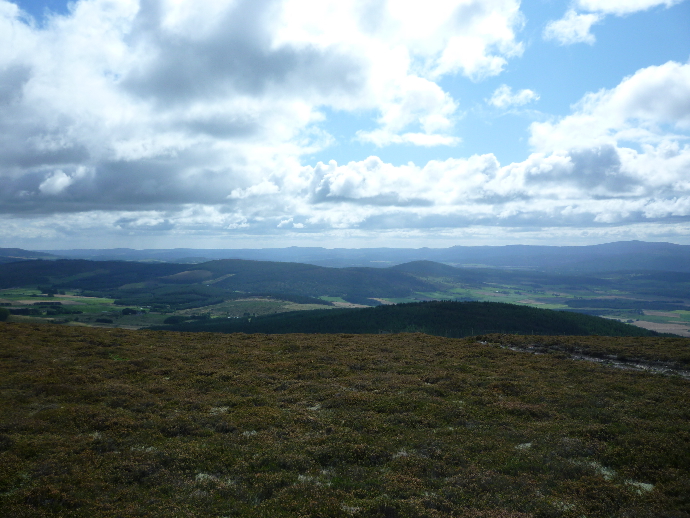