Hewitts included on this walk: Gragareth


I came up the night before and wild camped with a few of my mates who were going to go down Ireby Fell Cavern. I tagged along with them so that I could try and bag the HEWITTs Gragareth and Great Coumb while they went caving on Saturday. We all slept rather uncomfortably in the sheepfold, which provided little shelter against the bitterly cold wind on the cold clear night. Temperatures plummeted and people shivered! However, by the morning, having had no sleep what-so-ever we awoke to tackle the "Dales" from both the ground and under it!

The narrow road detoriates past this point at 273m by the masongill water treatment building (where we came across a stash of partly burnt porn), and unfolds into a stony track. Take this track up to a point where a stile appears on the left after the track changes direction. A new set of stones outlines the direction and well trodden path through marble steps toward Ireby Fell Cavern. After going up and over the last wall before the cavern (marked with an X...you'll know what I mean when you see it!) head right, where Gragareths western flank is first revealed to you. Climb up following the wall, and jeep tracks straight up for about a mile or 20-30 mins at an easy and constant pace. You will soon notice another wall appearing to get closer on your right and where these two walls converge at the top marks the next change in direction. A gate on the right is available a few yrds from where the actual walls converge, take this to get to the other side of the wall, as where there is no thoroughfare where the two walls actually converge. One then has to climb over two bits of ladder thrown together to get back on the northern side of the wall as the trig point lies on this side. You may not have realised this but in crossing this wall, you have actually stepped into the Dales National Park, and then back out again as the trig lies in Cumbria and not in Yorkshire or even the Dales National Park!

Continue to follow the wall until the trig point makes an appearance on the left hand side. Tracks leading towards it are well trodden. Views of the West (Morecambe bay and the coast) and the North (Lakes, Howgills) are stunning. You also see the ridge to Great Coumb. Views toward the wall you followed up give impressive views of the 3 peaks.

Continue back along the all to where the two walls intersect on the planner map. Here I opted to go straight on down the northern side of the wall on the ridge to Green Hill. It was here I ran into trouble with bog. At one point I was waist deep in the stuff and shortly after reaching the "Crook", I decided to retrace my steps as it was unpassable. Going back to where the walls converge on the NE side of the summit, you notice you can also hop over the wall and down the southern side of this wall that runs along the ridge as well. I did this and got very far, it was noticeably less boggy. However, all good things come to an end. I reached a wall at 618m on the Blakemaya section of the fell and went up the ladder to pass over the wall, only to notice there was nothing on the other side. At his point, caked in Bog and freezing cold I decided to call give in and attack it at a later time in more "inviting" conditions. I basically went the same way down, with a slight diversion,passing by Ireby Fell Cavern. 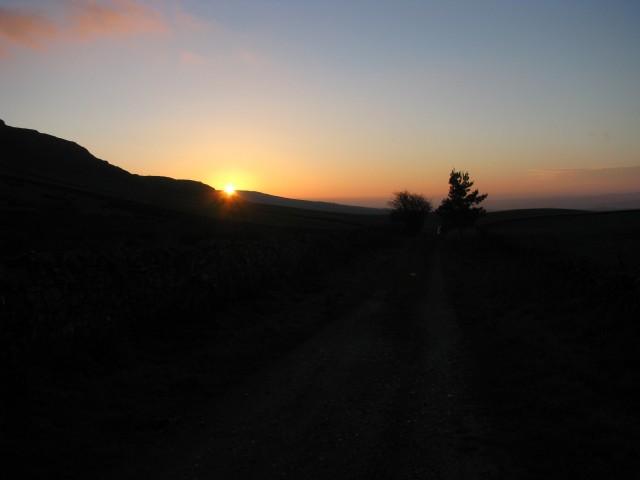 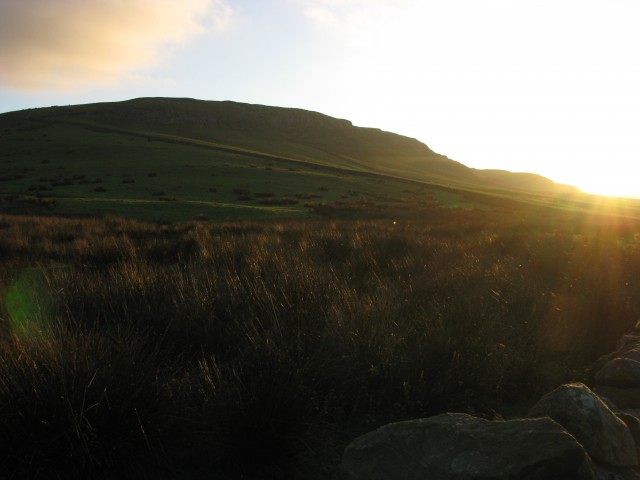 Sunrise over the fields by the sheep pen, looking SE 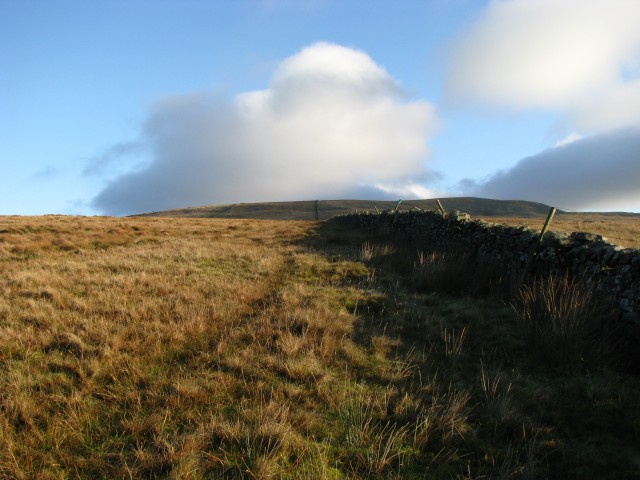 The path up Gragareth from "X" 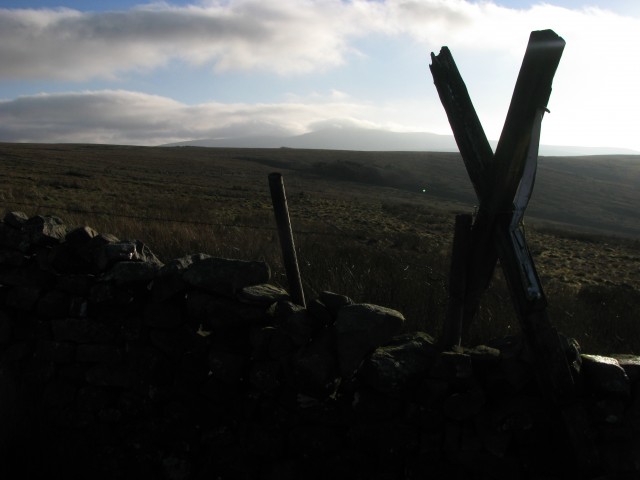 X marks the spot where you need to deviate west from the path and follow the wall up Gragareth..or risk ending up at the cavern. 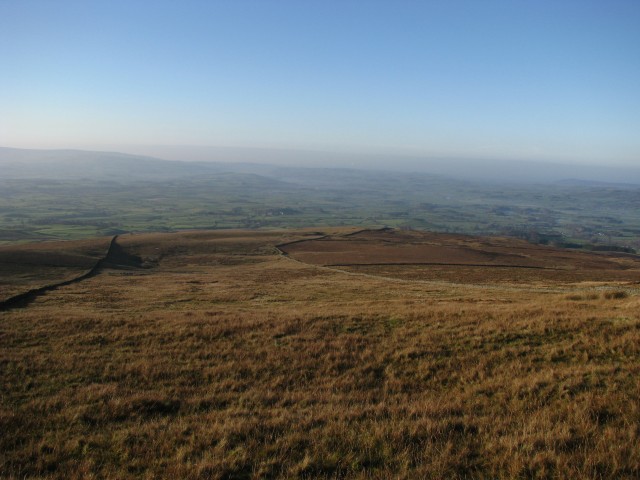 View back down toward Ireby Fell, with the cavern just visible. View towards where the walls converge, note the gate on the right as detailed in the report Spot the trig from the wall View towards the Irish Sea 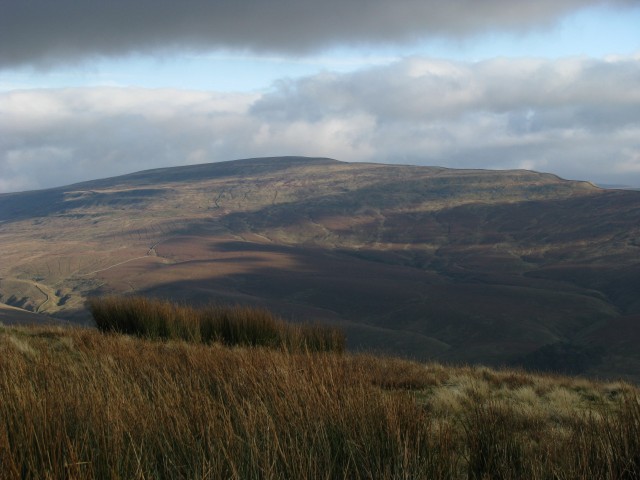 Whernside and Kingsdale from the flank of Gragareth 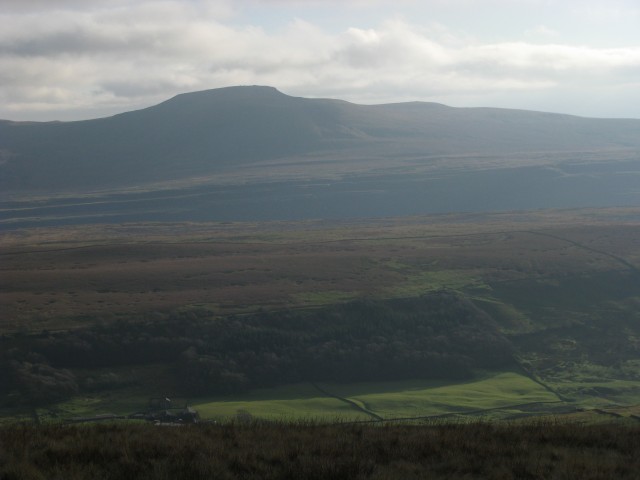 View towards Ingleborough on the way down. You haven't marked the p*rn stash on your map

I found some on a wall once on my dinnertime walk when I worked at Harrogate - pretty severe stuff it was - left open so as to be obvious to all passers-by!

You slept in a sheepfold in November with no tents or anything? I thought I was mad - nice to know someone is even madder than that!

Haha, the stash is just on the inside of the wall by the masongill water treatment plant right at the beginning of the walk. There was just a ridiculous amount, probably a lifetimes supply for at 2 people at least! Probably some wayward 16 year olds dirty secret. Although we also found a champagne bottle next to it too! I can only assume someone had an amazing time.

Regarding the sleeping in the sheepfold. Sometimes really mad people are just really stupid, as in this case. It was really really cold, despite having a sleeping bag (which I discovered was only 2 season...i need a new one). I wanted to get a feel for the weather in case I decided to do wild camping again in scotland or in the dales (I want to try and do some munroing as HEWITTs are becoming slightly boring now).

Didn't you at least have bivvi bags?

The trig on Gragareth is in Lancashire. It's our only Hewitt - please don't take it away from us! I haven't actually done it though...

dibrooksbank wrote:The trig on Gragareth is in Lancashire. It's our only Hewitt - please don't take it away from us! I haven't actually done it though...

You're talking post-1974 boundaries. If you use the pre-1974, historic boundaries, the high point of Lancashire is the Old Man of Coniston.

dibrooksbank wrote:The trig on Gragareth is in Lancashire. It's our only Hewitt - please don't take it away from us! I haven't actually done it though...

You're talking post-1974 boundaries. If you use the pre-1974, historic boundaries, the high point of Lancashire is the Old Man of Coniston.

Ah, The Old Man of Coniston was my very first mountain - when I was 9 years old. I bet my dad still has maps with the old boundaries marked...

That's where my mags went. I knew I should have fastened my ruckie

I did this Gragareth and the ridge to Great Coum from Barbondale last year. There's some great views to be had along the way with the opportunity to visit three counties within a couple of wall hops. The view of the Howgills and Dentdale from Crag Hill is excellent. 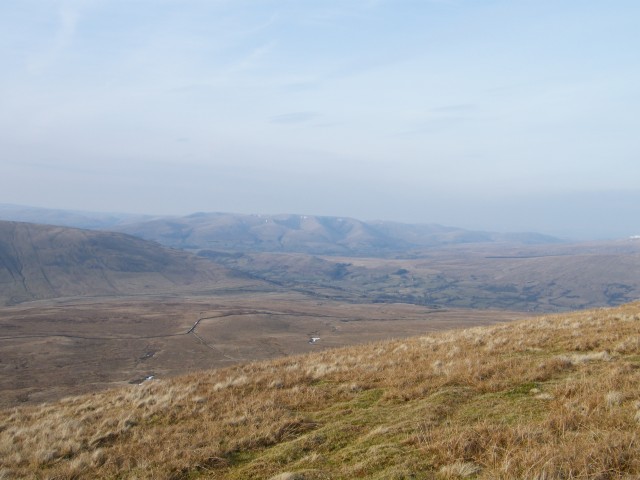 Good report , thanks for that. We only made it to Gragareth as well, mainly due to the gale force winds which were a problem. We will be back!!.
The rough track has been very badly affected by flood damage, in fact the road up to the water treatment plant was covered in debris and stones, which made the road difficult to drive on, the rough track beyond had 3 feet deep gulleys in it from the rain.