Another step on a slow journey through the last few far northern Hewitts; quite a friendly little summer walk in the north Pennines.

melmerby.gpx Open full screen  NB: Walkhighlands is not responsible for the accuracy of gpx files in users posts
From the small (1-2 cars) pull-off by the A686, there's a very easy couple of miles to start this route, half-downhill and on a firm stoned track, part of the Maiden Way, Melmerby Fell always in view ahead. The ford was easy enough on informal stepping stones, but would probably be a boots-off job at a wetter time. 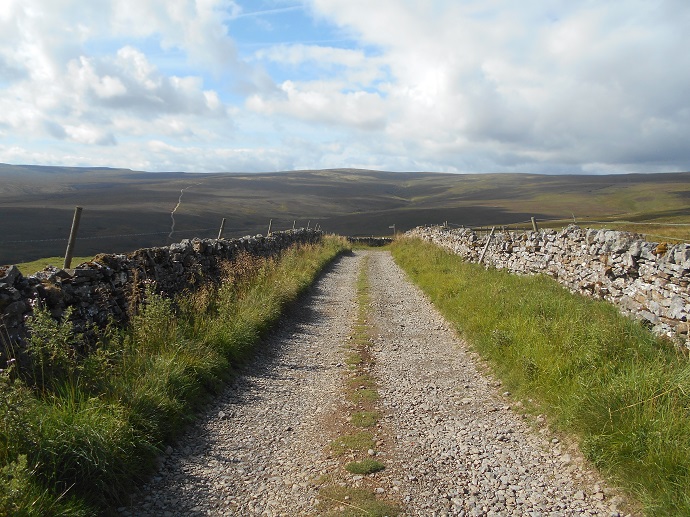 Near the fording point Looking back along the Maiden Way There isn't always a great deal new to look at and it's worth a detour, when the main track veers away from the line of the bridleway to have a look at Melmerby Shop, a curiously named and well-appointed bothy. Presumably this was a home linked to the mine below at some point; it doesn't look especially old and some recent care has gone in to the glazing, drainage, and rough furnishing. The going is a bit rougher afterwards, enough intermittent cairns for a clear day but possible to lose the track otherwise and signs that – outside a dry summer - there'd be some tricky marshy sections. It's good to reach the crest of the hill and some stony ground, and to be able to look across the lovely Eden valley flatlands to a Lakes skyline. 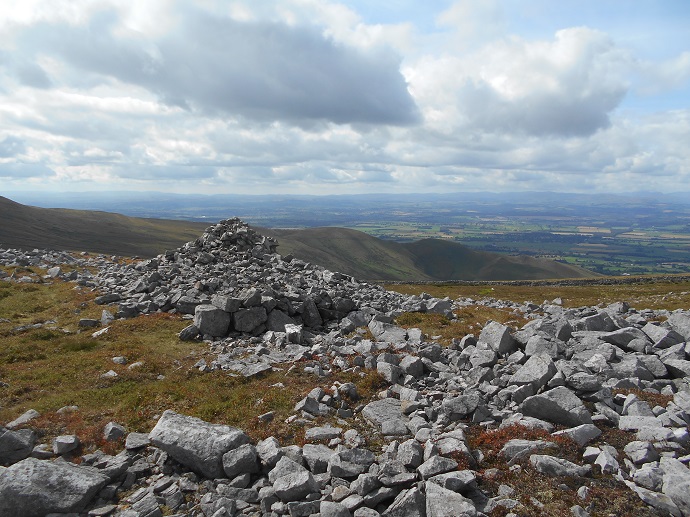 Decent firmish walking back north along the high ridge, the main top of Melmerby Fell quite a nice rise and some expert-looking paragliders off Knapside enlivening the views. Blencathra is a prominent and impressive sight throughout – perhaps it might be better to be up there rather than looking on it from here, but that isn't the right sort of thinking to get you through a hills list! The made track up Field's Fell is a lot further west and lower down than you'd imagine – I only found it late on – and in good conditions it's probably as well to maintain height as to search for it. 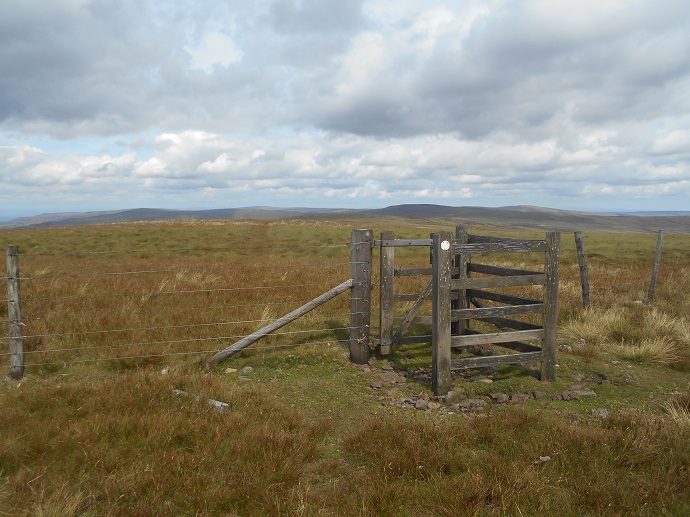 From that last summit, the road is very near and the sad sight of the burnt-out cafe at Hartside Cross. I'd been here for a good food break on my last visit to the Pennines the previous year, but – despite some hopeful words on the net – it looks too far gone now to be recovered for that to happen again. Road-walking, and then a detour to the southern 'old road' (very eroded and probably a river of mud at times at the start, but then good going once it swings east), back for an easy finish to a pleasant day out. 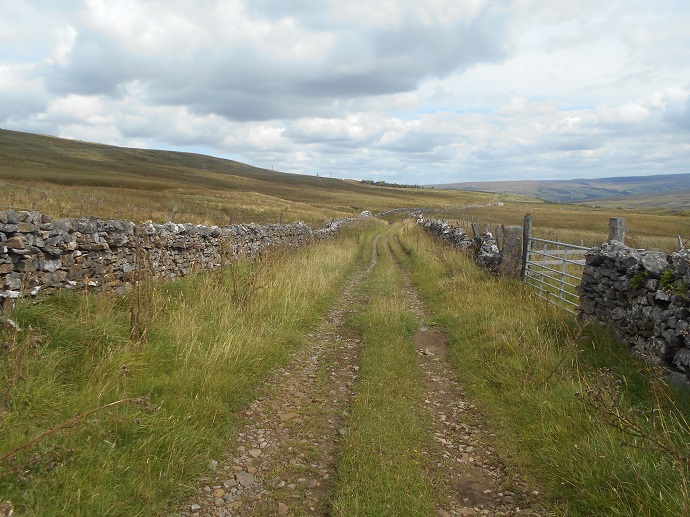 Been looking at this fell recently but from Melmerby rather than the A686. Does look a nice easy day from there however.

glad to see you still doing a bit

easy going all the way with good and open views.

Thanks TM. Still doing plenty, all over the place, but not treading too much new mountain ground. Coastpaths probably aren't for Walkhighlands!

Definitely an easy walk indeed, JK - even in the wet, there'd probably only be a rough half-mile or so from the roadside. I haven't seen much about climbing it from the Melmerby side - it'd be fairly steep but the going looked grassy enough.