Culter Fell circuit.gpx Open full screen  NB: Walkhighlands is not responsible for the accuracy of gpx files in users posts
A cracking walk despite the high winds and occasional showers. A longish drive took us into the fringe of the borders with its beautiful rolling hills. The start at Glenkirk farm
After Broughton it was a long drive down a single track to the walk start beside a remote but well maintained farm at Glenkirk.
Immediately we were heading up a steep slope of Congrie Hill. This got us all blowing immediately. 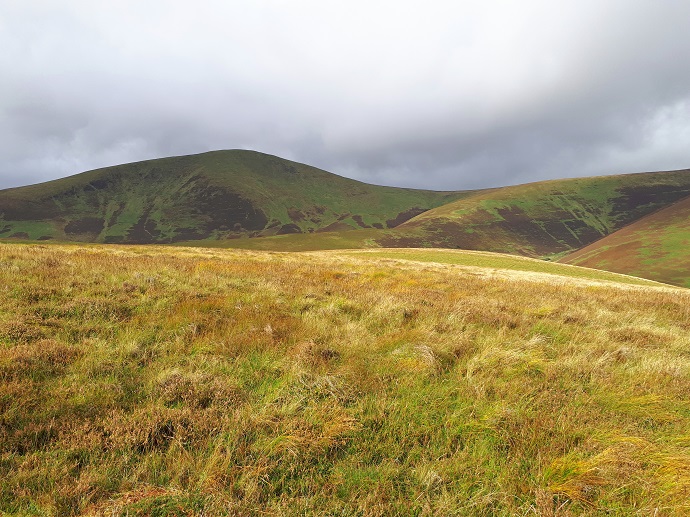 Culter Fell ridge ahead
Thankfully the gradient eased slightly before climbing onto the ridge of Culter Fell. 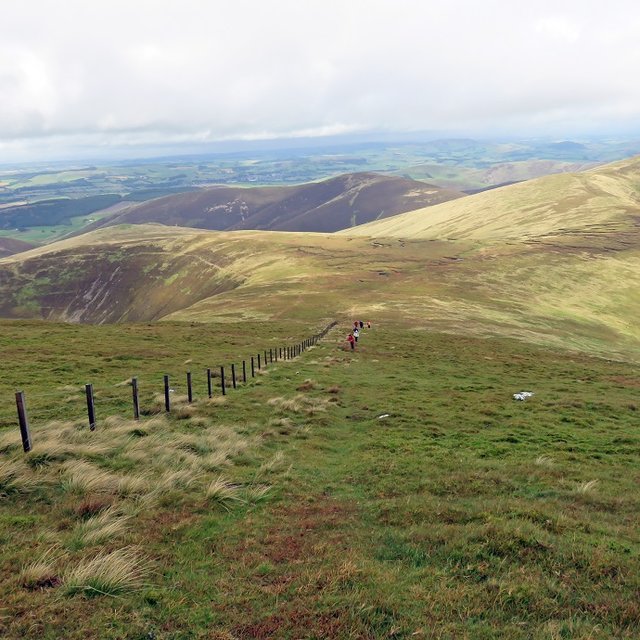 Follow the fence to summit
Another steep ascent following the faint track to the left of the fence and we were at the summit of Culter Fell our highest point at 748m. Culter trig looking to Hillshaw Head
The wind kept trying to knock us off our feet but we took in the views from the trig which were still excellent despite the grey skies. Moss Law then Gathersnow Hill ahead
The descent headed towards the valley via Moss Law where we could get some shelter for lunch. Suitably refreshed it was time to tackle Gathersnow Hill, an appropriate name in winter I am sure. 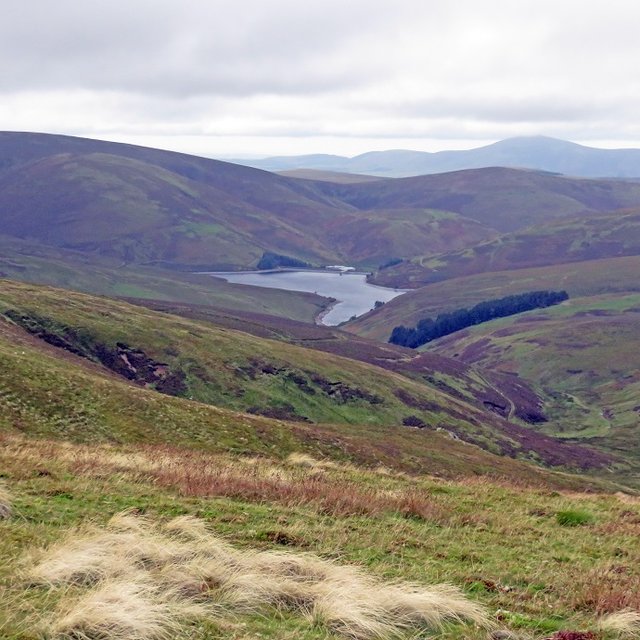 Culter reservoir
We had dropped around 250m so had a similar ascent to the flat plateau at the top marked only by a single iron rod, no doubt a boundary marker at some point but this was the top at 688m. Coomb cairn
Off for another ascent and descent to Coomb Hill at 640m a New Donald, our final climb of the day. Descent with Culter Fell behind
The wind was still fierce so we changed our planned route and made a steep descent down into the valley at the old sheep pens.
Finally a pleasant low level walk along the valley, a burn at times accompanying us, hemmed in by the hills on either side.
The bracken mainly orange now and almost wind free back through the many sheep to the cars.
We covered the ascent of many a Munro today, these hills should not be under estimated, rolling they might be but there is plenty of height to gain but also superb views.
Wildlife: Red Grouse

Glad to see this up Des - planning a full round sometime early next month. That range is looking particularly colourful at this time of year. After today's wind I doubt I can recreate the calming walk you all seemed to have!

Thanks Ian, it was not all that calm at all. One of the guys did a wee film of us at the top doing a rare wee footshuffle as we tried to keep our balance in the wind.
I hope you get a good day for your full circuit, these are lovely hills with some proper ups and downs.