We arrived in Roybridge Saturday afternoon, the weather was bright and warm, a contrast to the heavy rain we'd had from home up to Glasgow, the journey up from West Yorkshire was quicker than usual because we came up the A9 instead of the usual Callander, Crianlarich, Glencoe, Fort william route, it took 6 hrs instead of the usual 8.5.

We were hoping for a lovely Indian summer type of holiday, well, hoping..... as it turned out the week was quite the opposite, the west side of Scotland had high winds and rain, especially on the tops so it tuned out to be a touristy type of holiday

We did get out on the Wednesday tho', east was best so we decided on a day in the Cairngorms and opted for an easy, straight forward munro, one we hadn't done and within fairly easy reach from Roybridge, looking at my munny map, Bynack More was chosen as our target.

The drive over was easy enough and after an hour or so we had arrived at the little car park by the bridge over the
Abhainn Ruigh-eunachan. There's a convenient picnic bench to use as a boot putting on station, it was dry but a little overcast, the ever present wind was a bit of a dampener though and it was a cold one too. 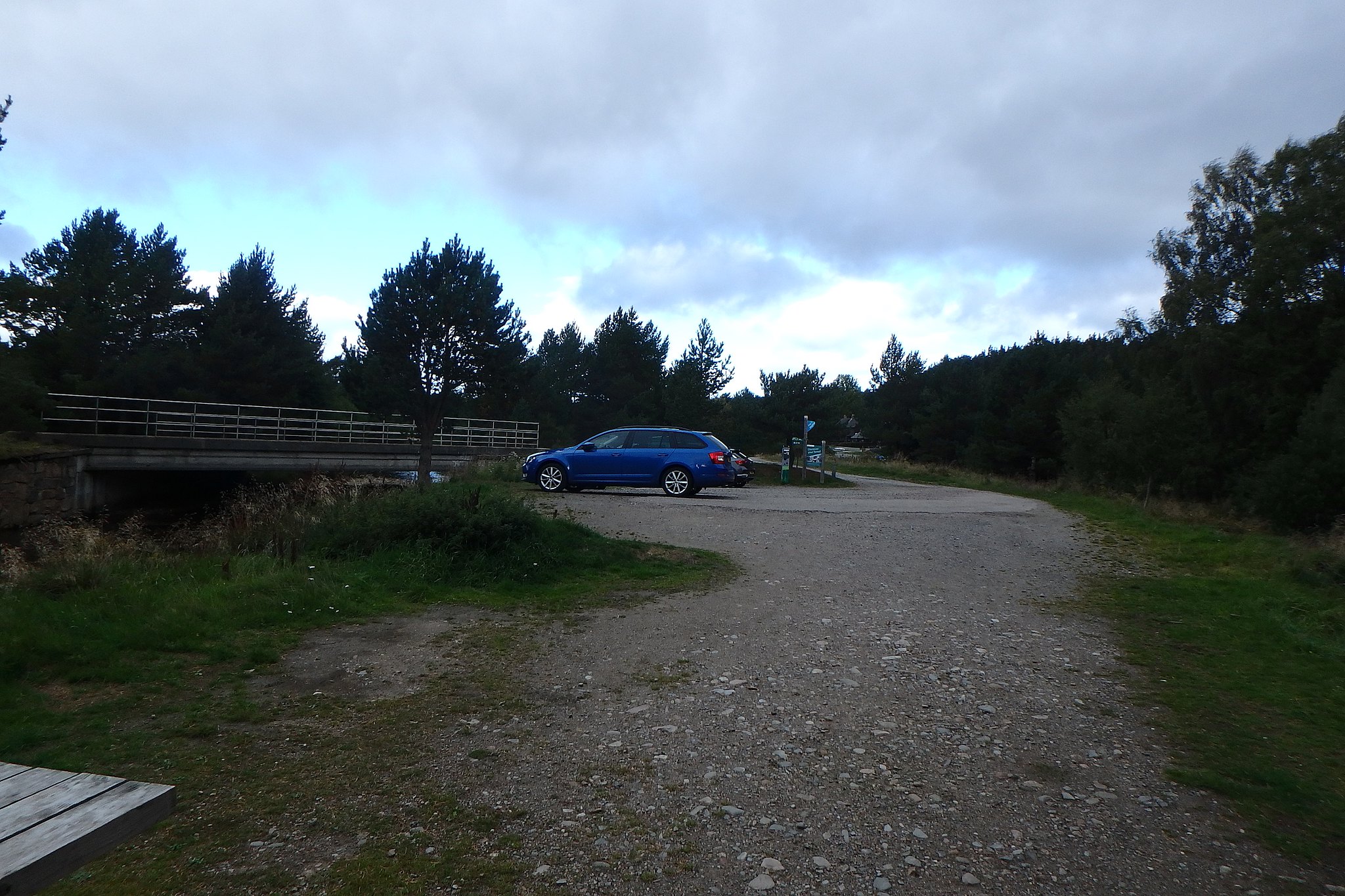 We set off following the burn, about a half km along the track there's a junction, we turned left here and went up towards Glenmore Lodge following a smaller burn, this track twists and turns a little and arrives at another junction, left to the lodge, right the way we want to go, this in turn leads to the WH route at NH 992097.

This is a nice wide track, easy to walk on at a good pace, we soon arrived at An Lochan Uaine and had a pit stop. 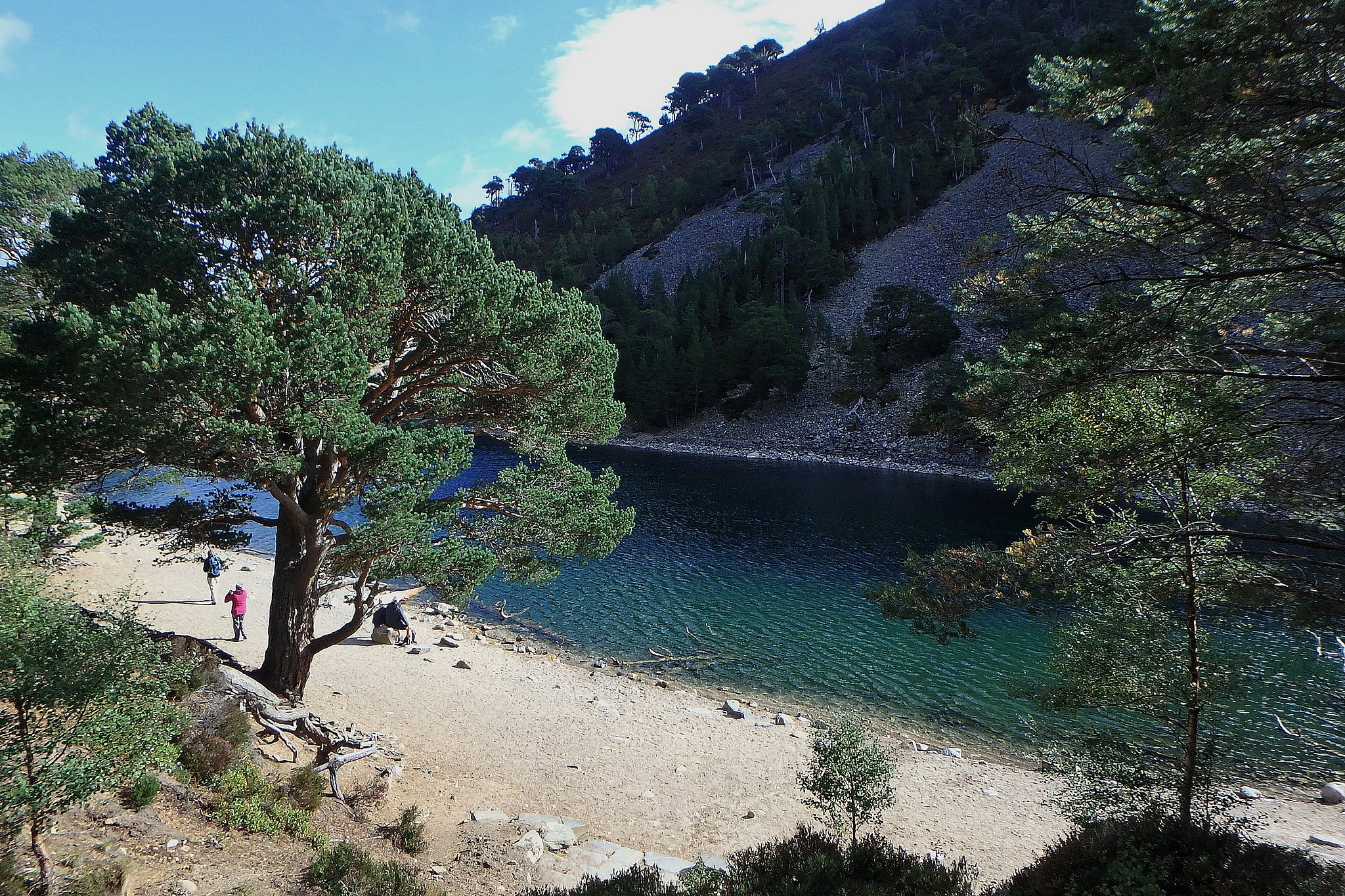 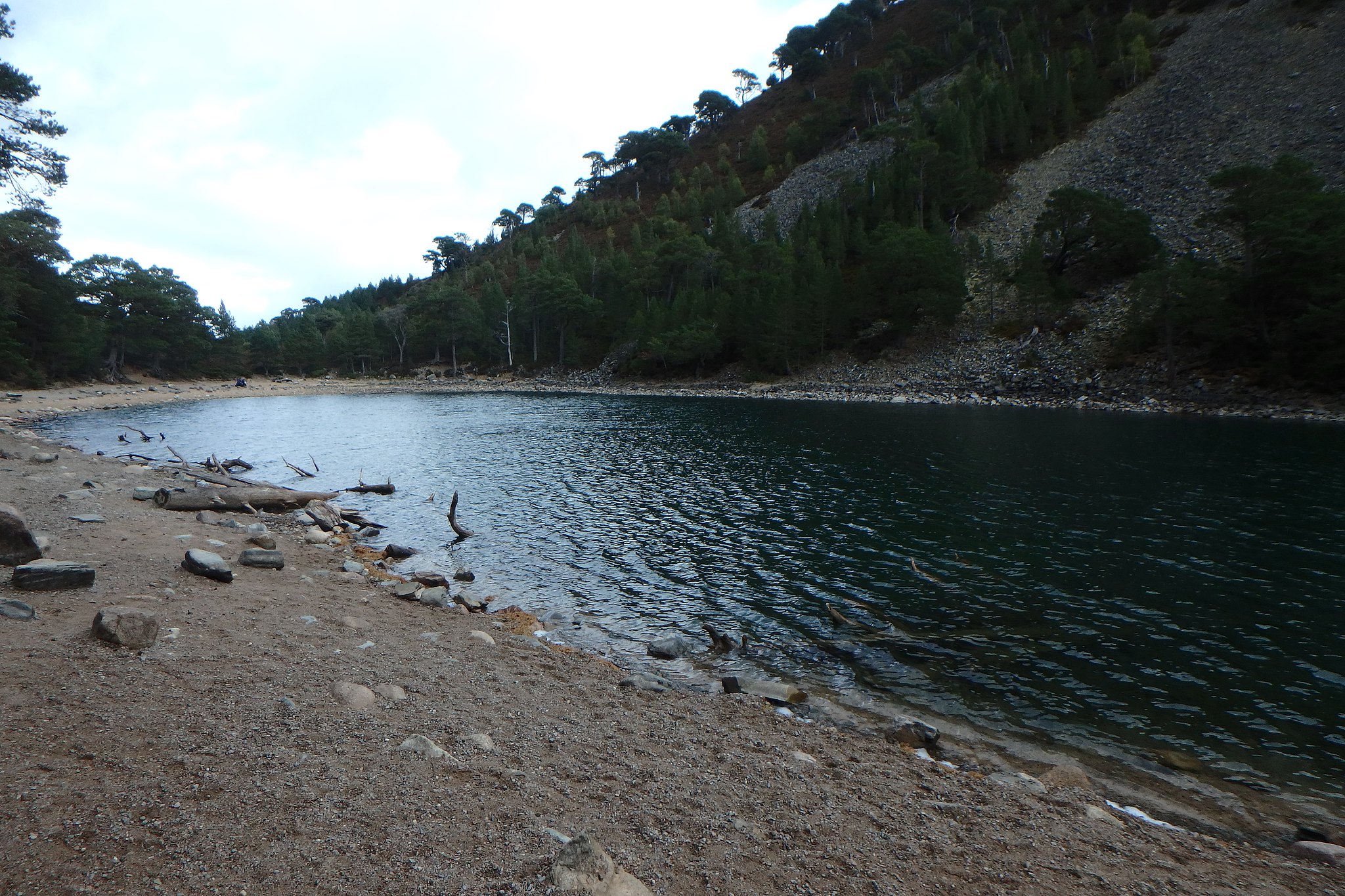 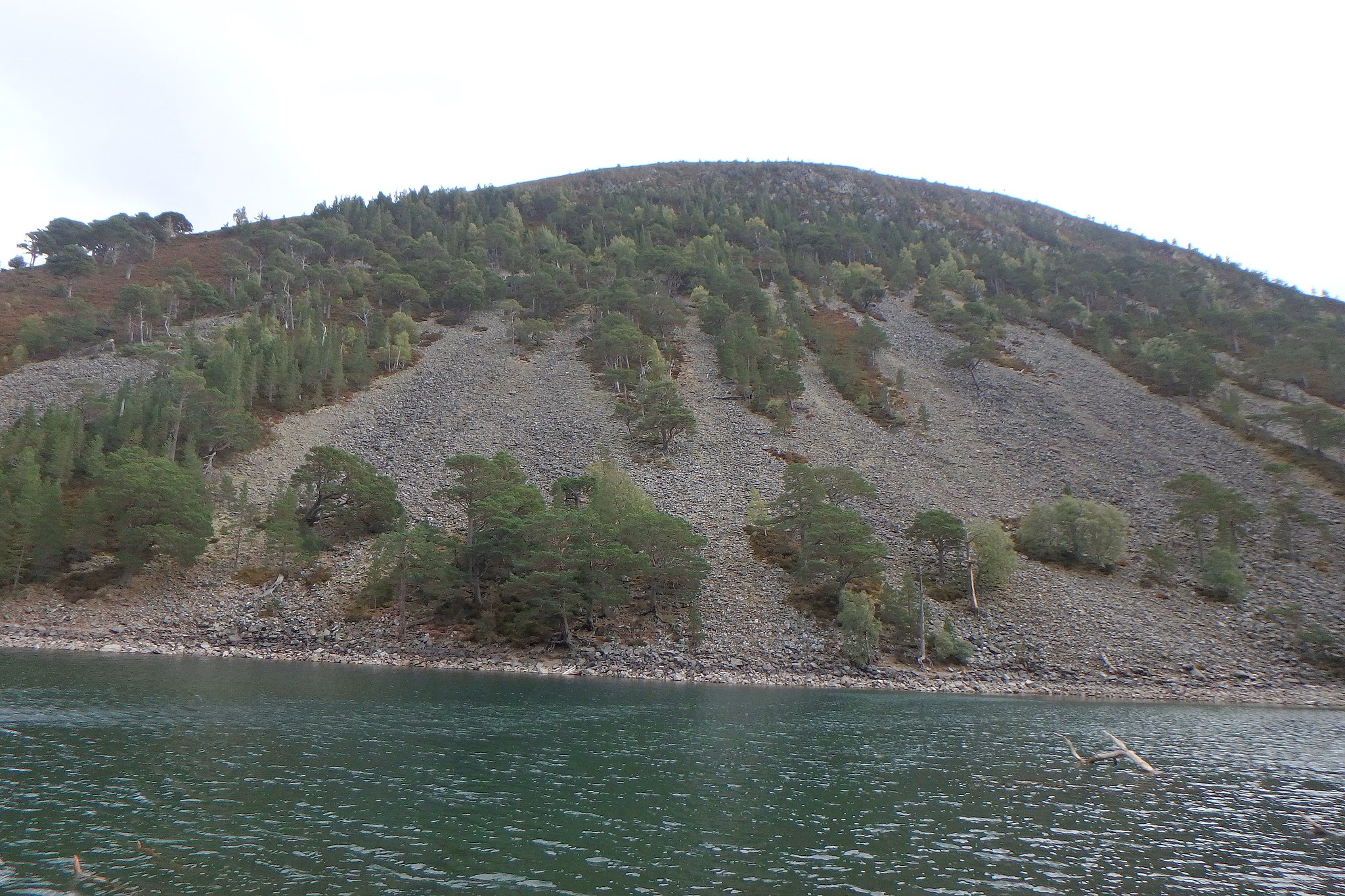 From the Lochan the track turns a bit rougher but is still good to walk on, the trees obscure the views a bit but it's not long before you leave them behind and you get to feel the big wide open space around you.

The whole of this route is on a good track/path, there are really no difficulties during the summer here, even in the clag, 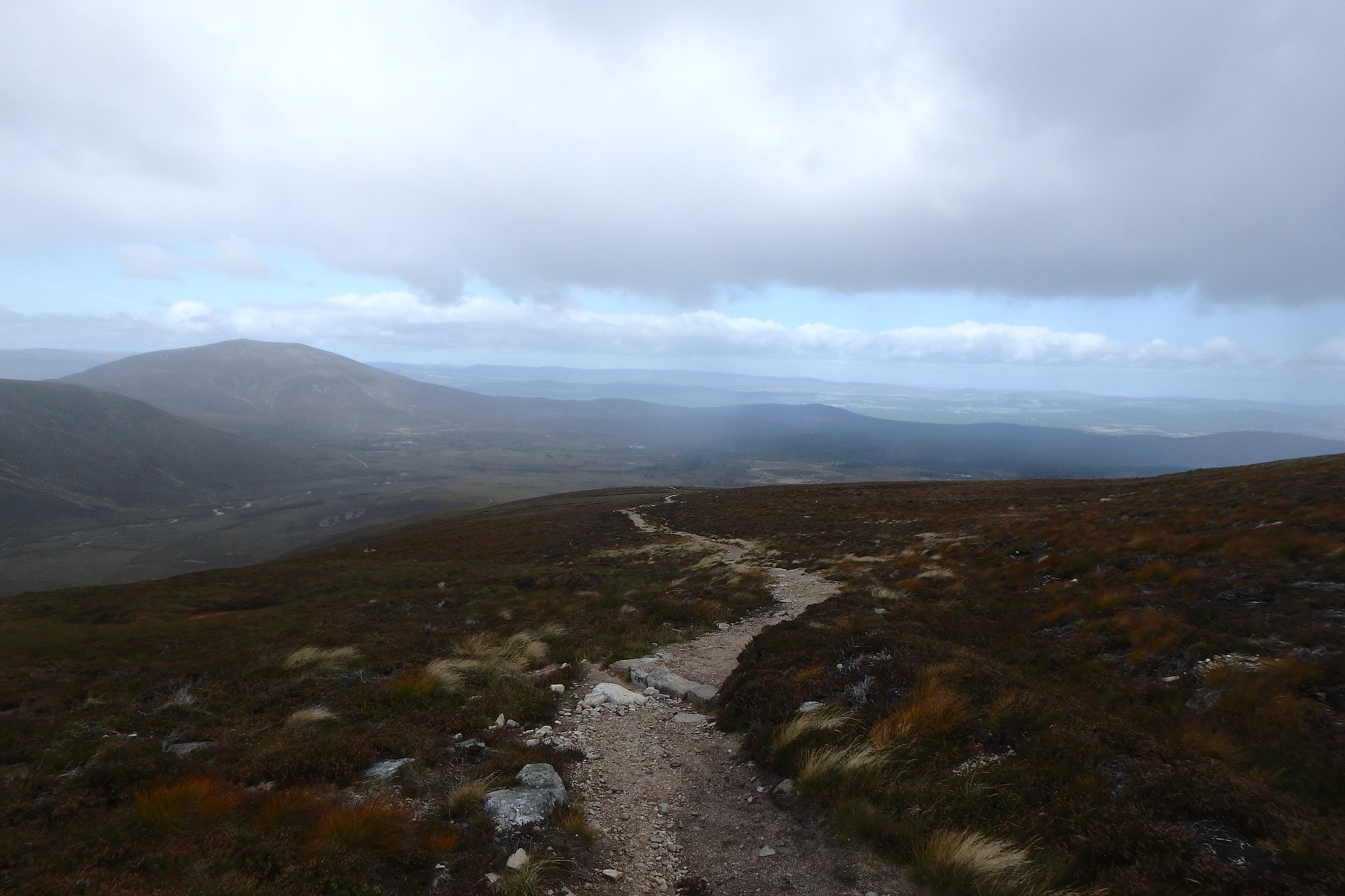 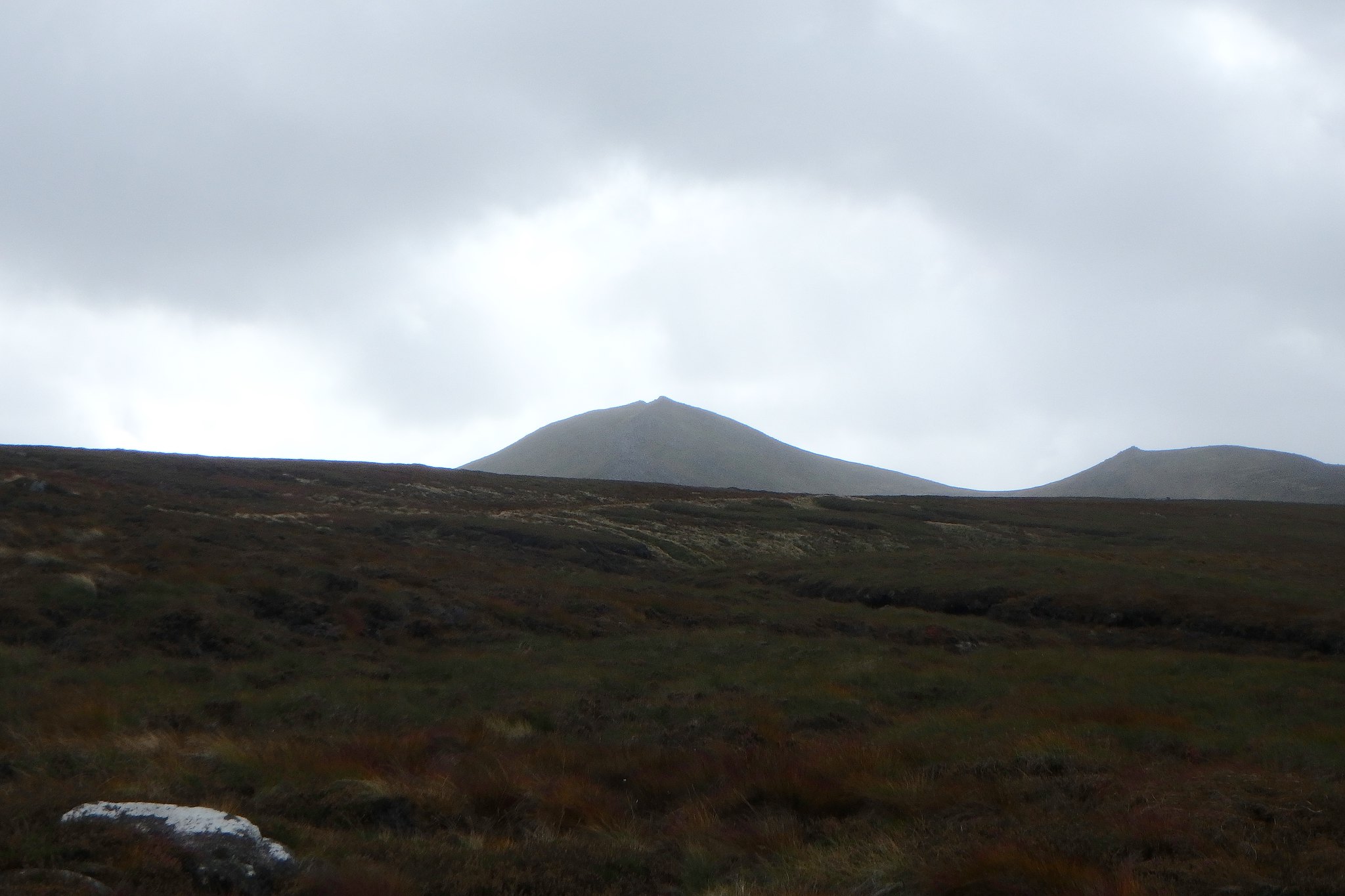 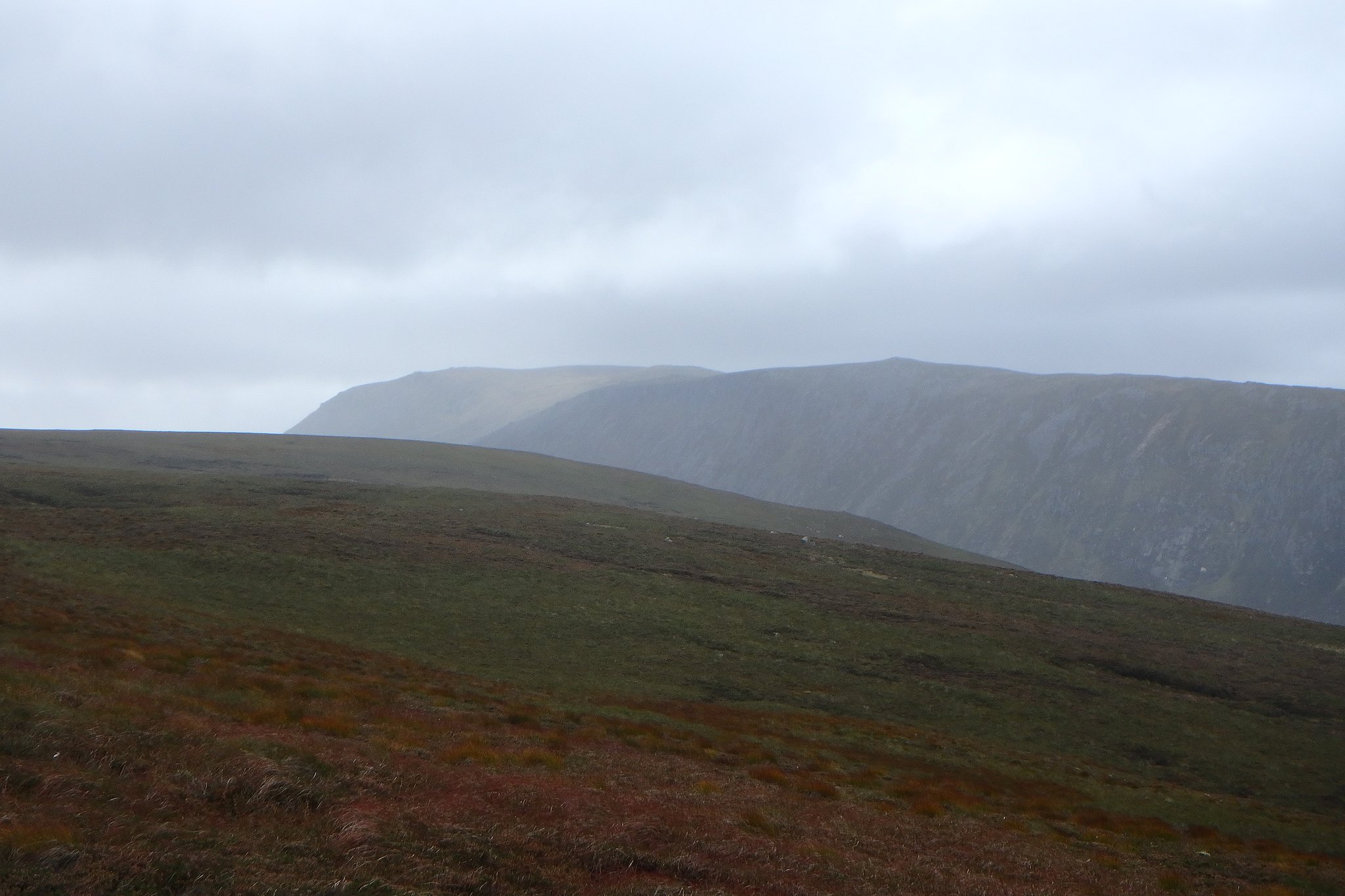 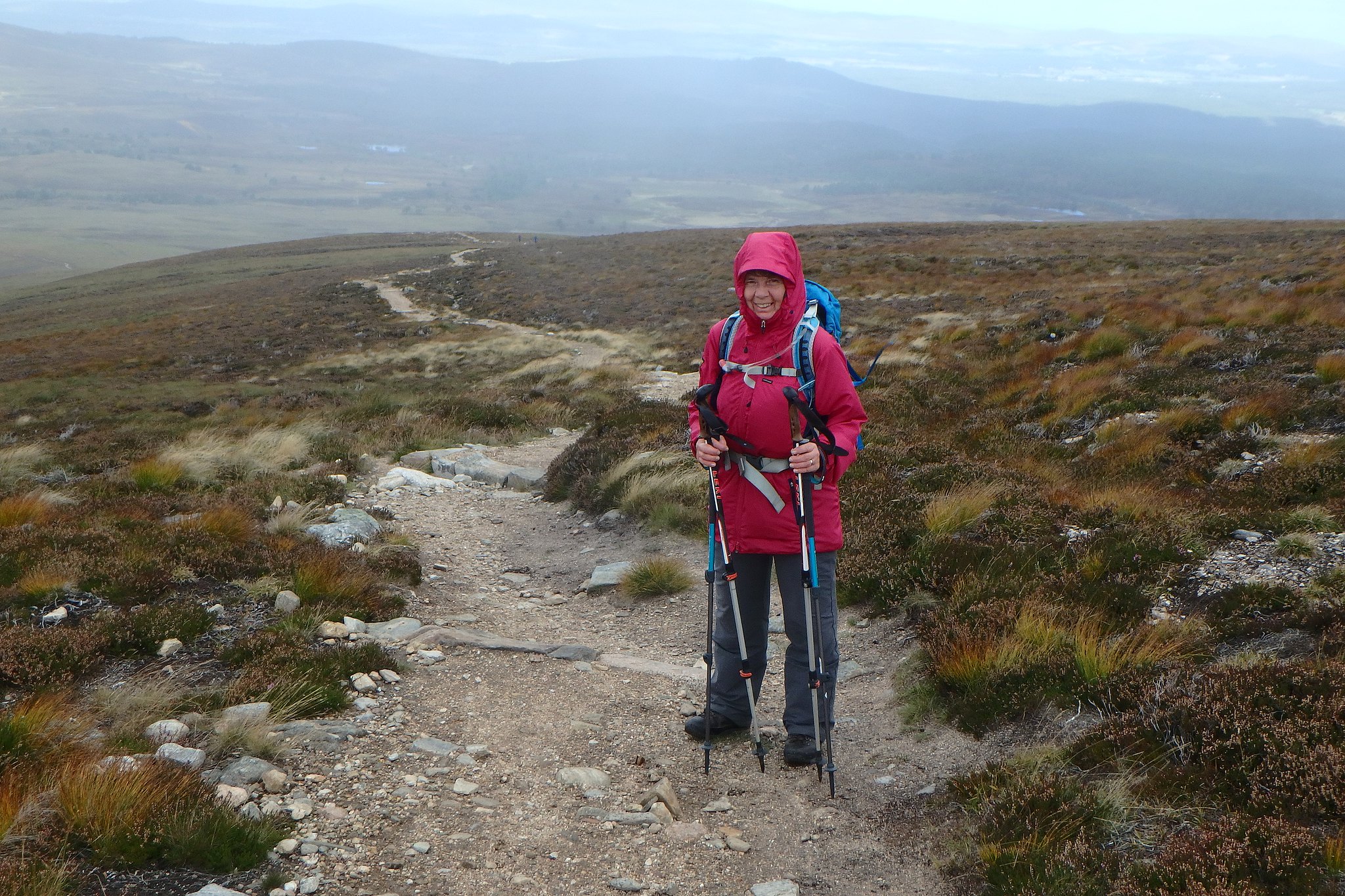 Changing weather on the way up. 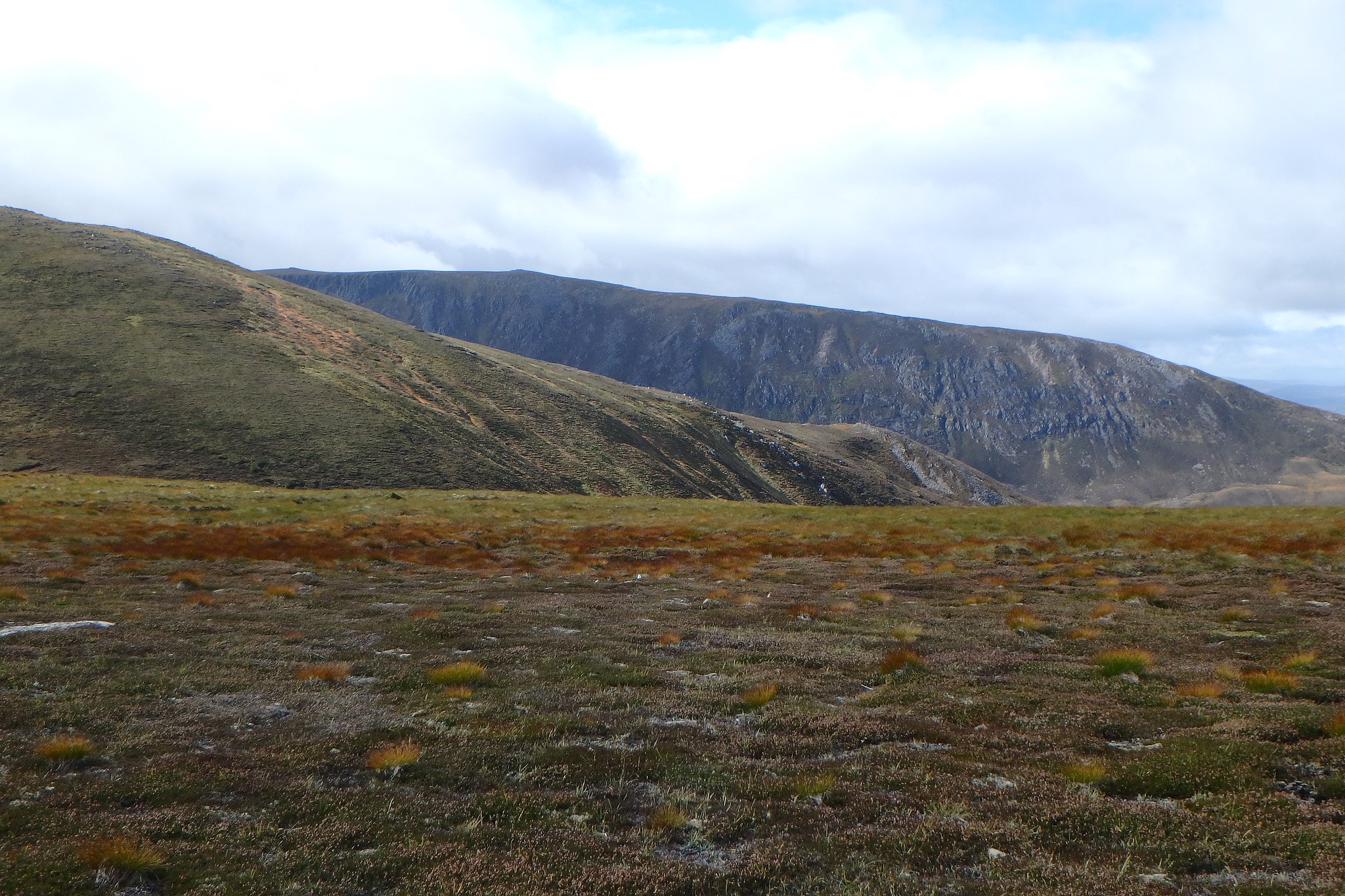 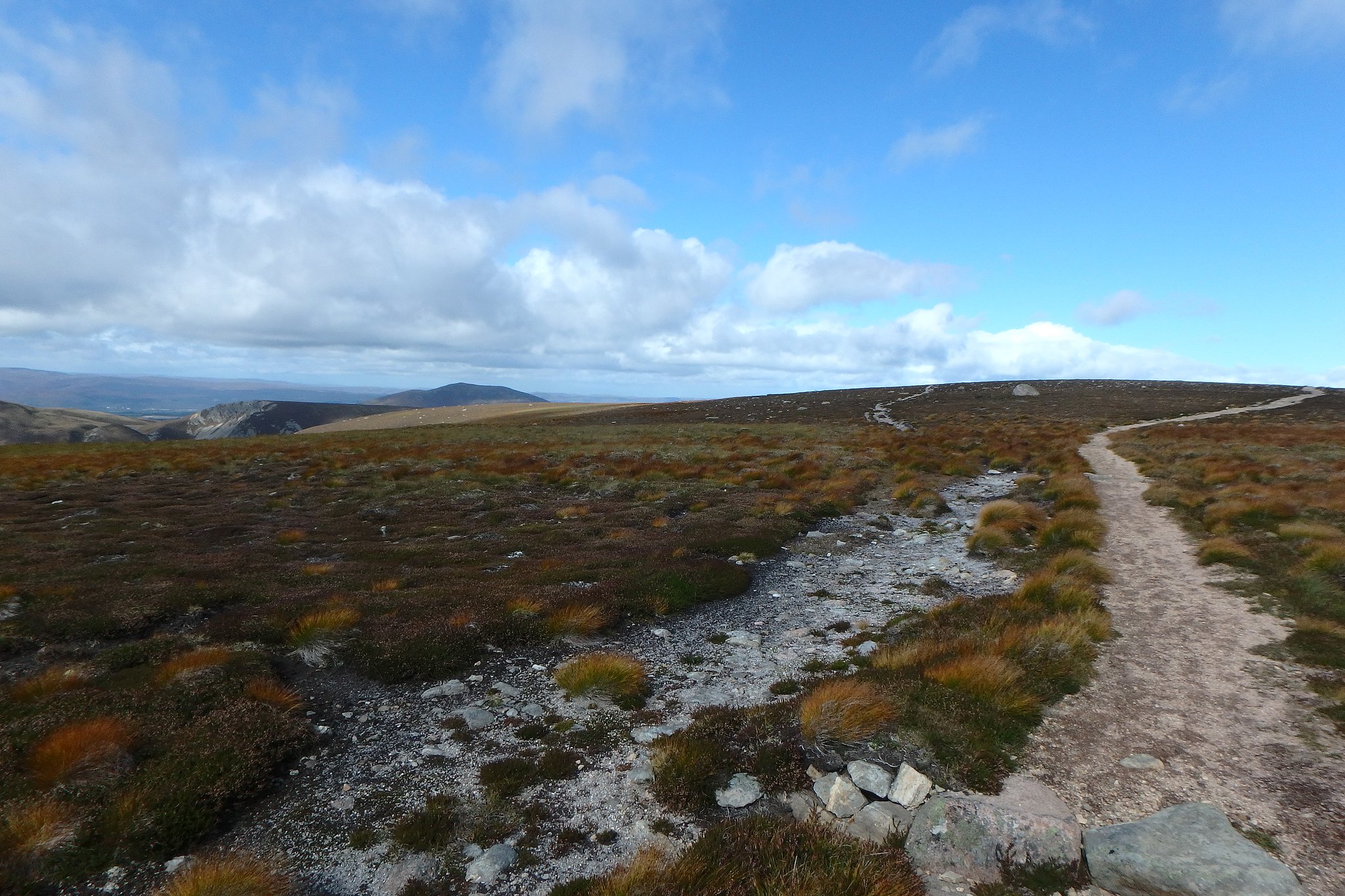 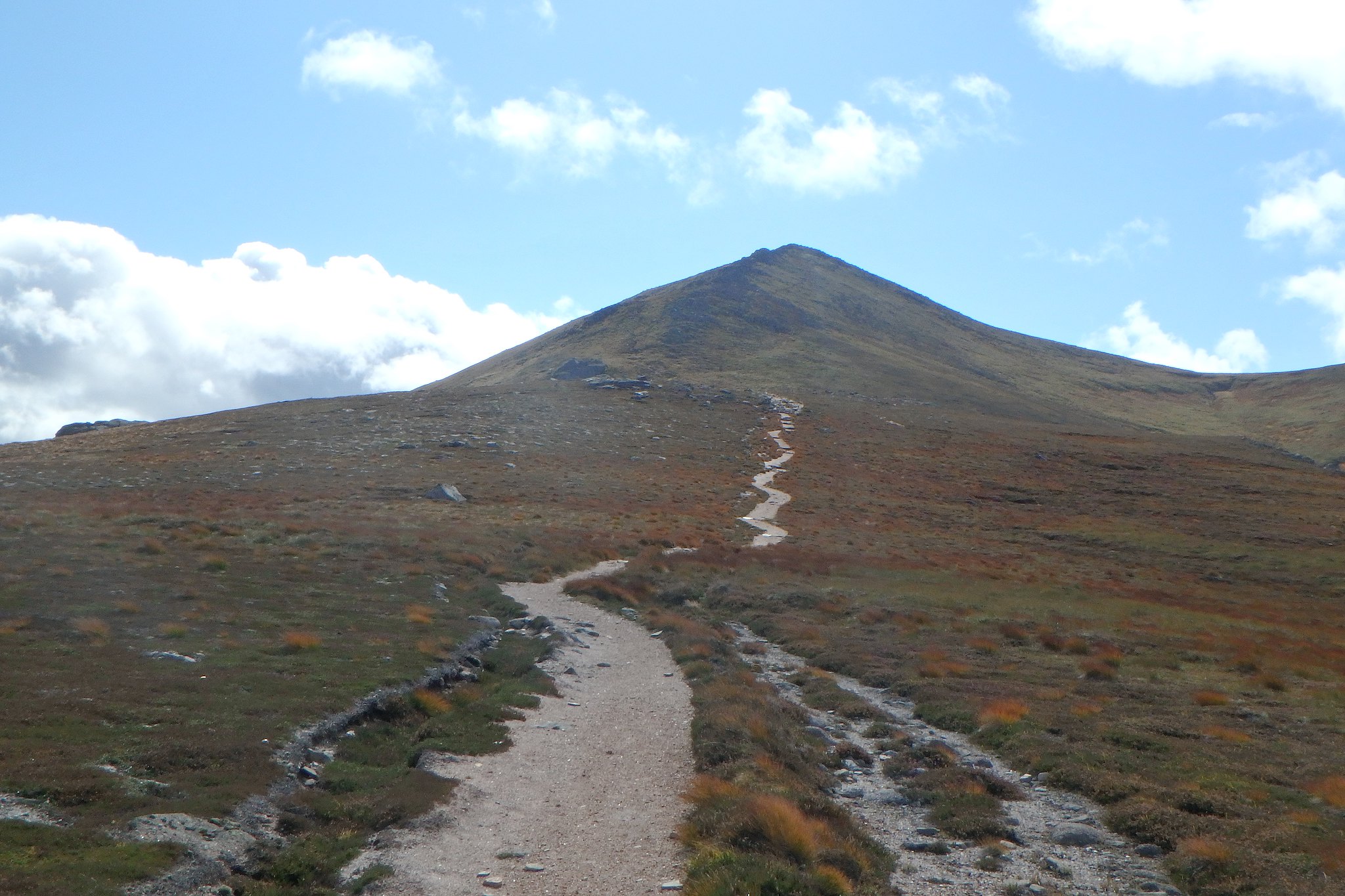 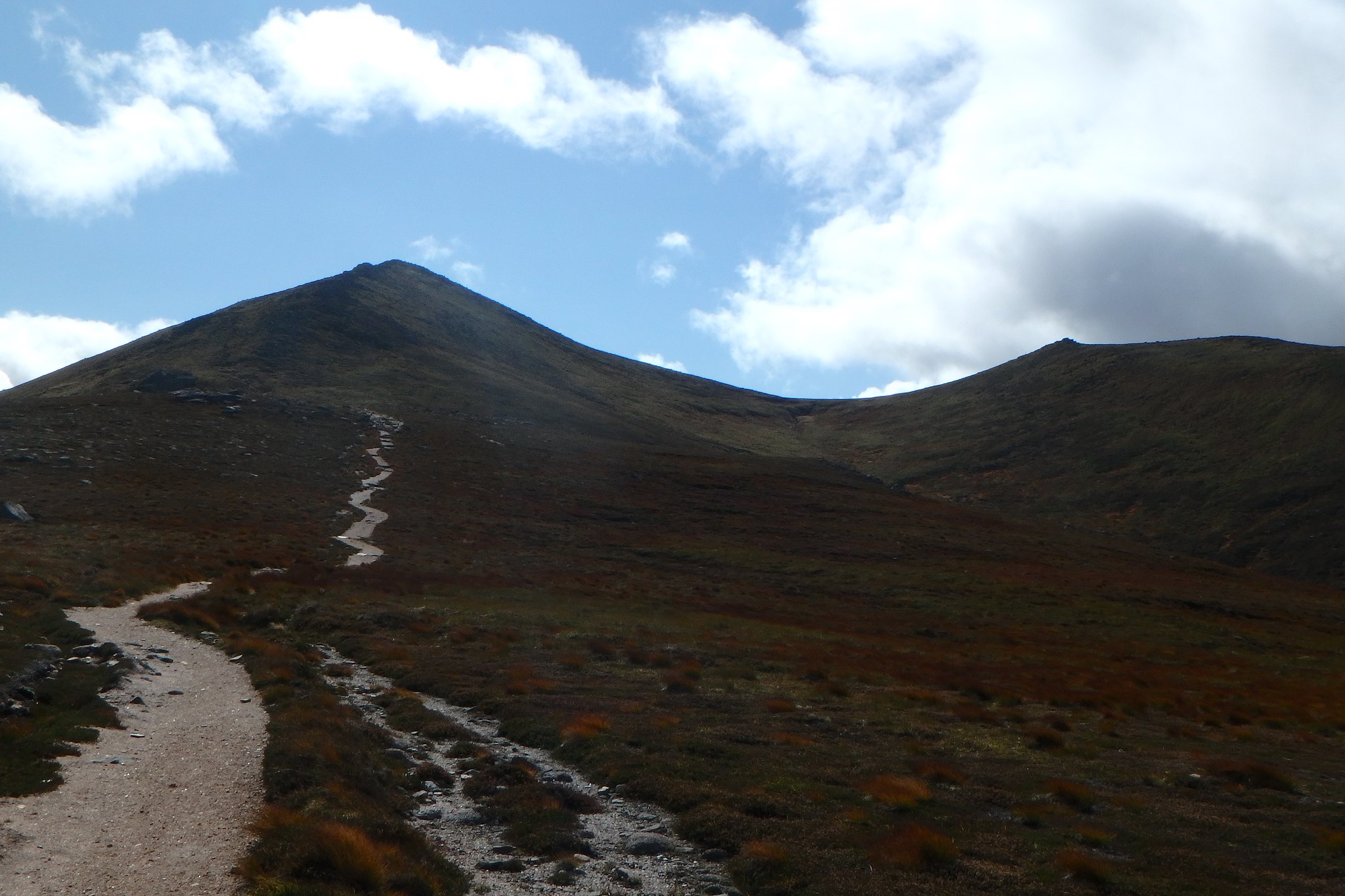 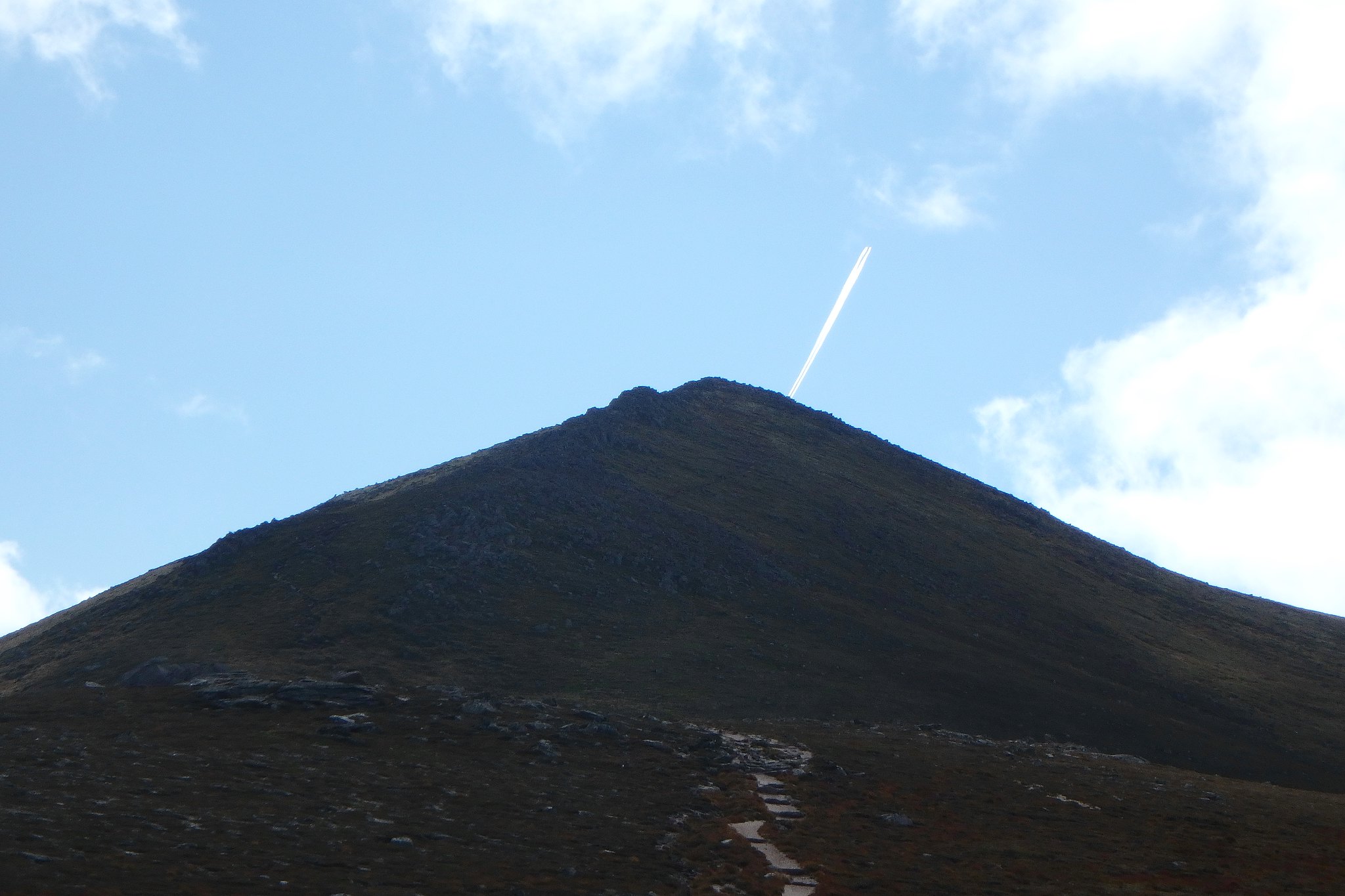 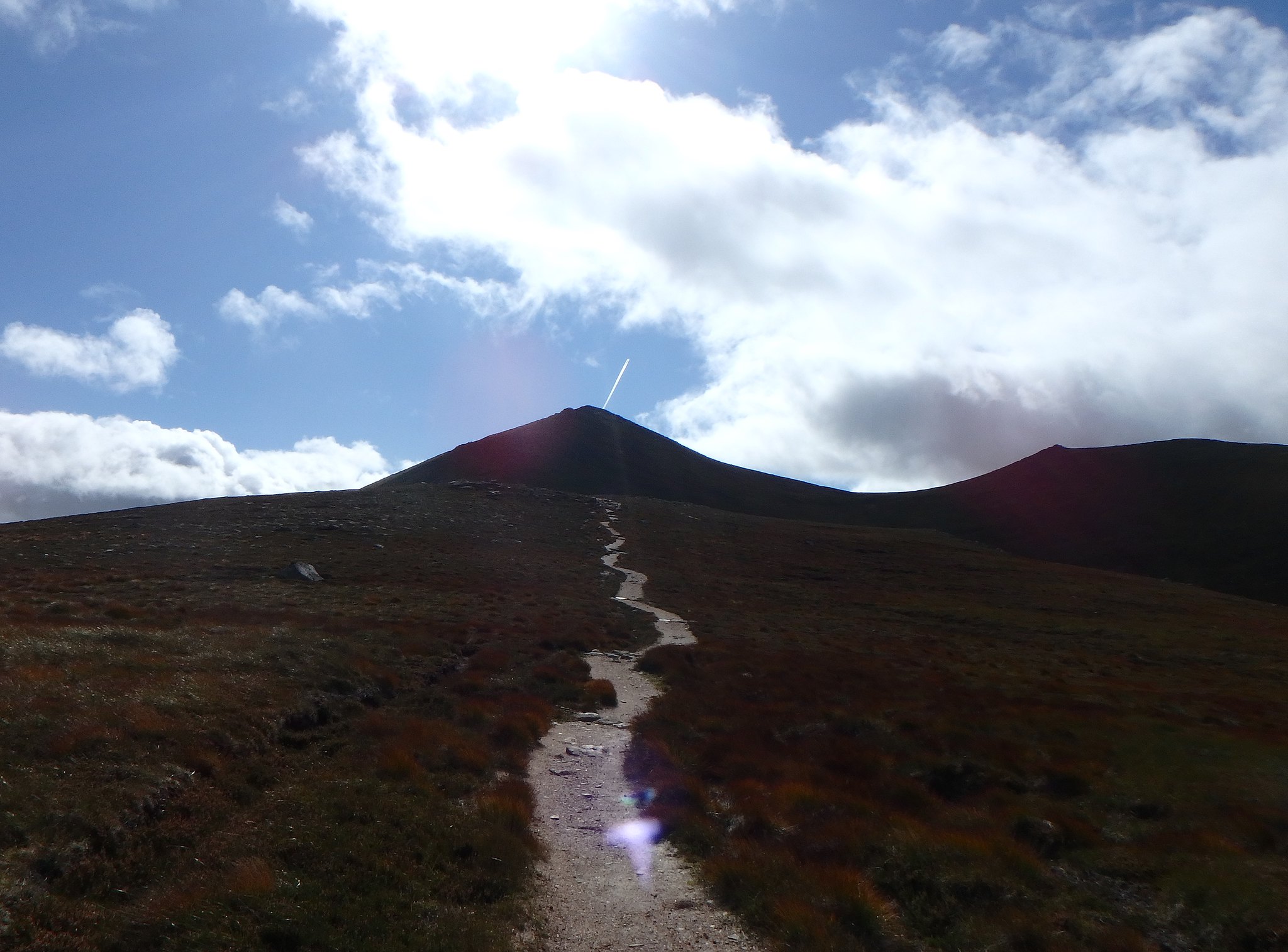 The path steepens a bit for the final climb up to the summit and once there the views towards Cairn Gorm and
Beinn Mheadhoin are pretty good even though the clarity wasn't the best. 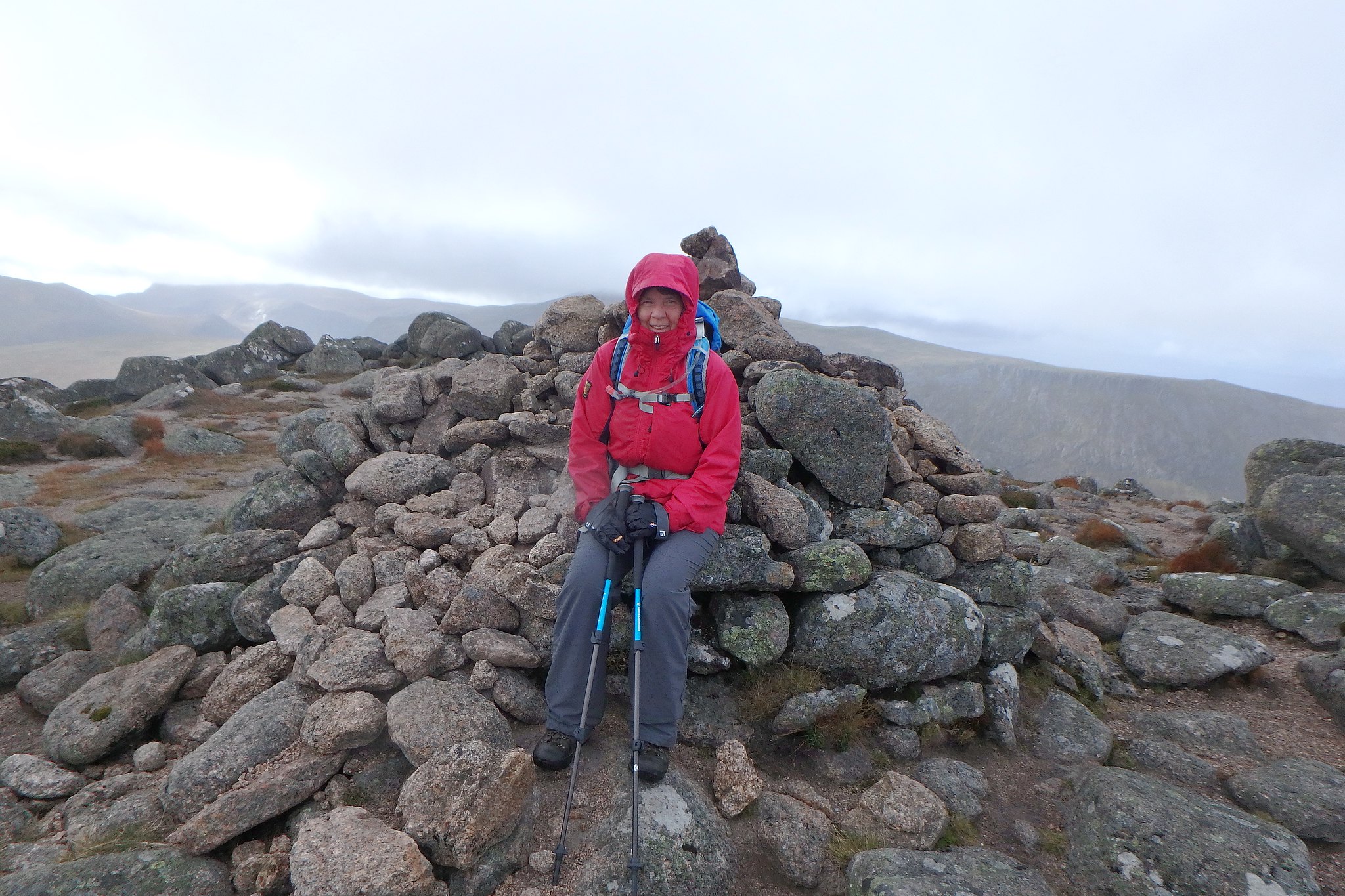 It was very windy and a little cool on the summit, a heavy shower started so we decided to give the barns a miss, we could see them so that was good enough this time. 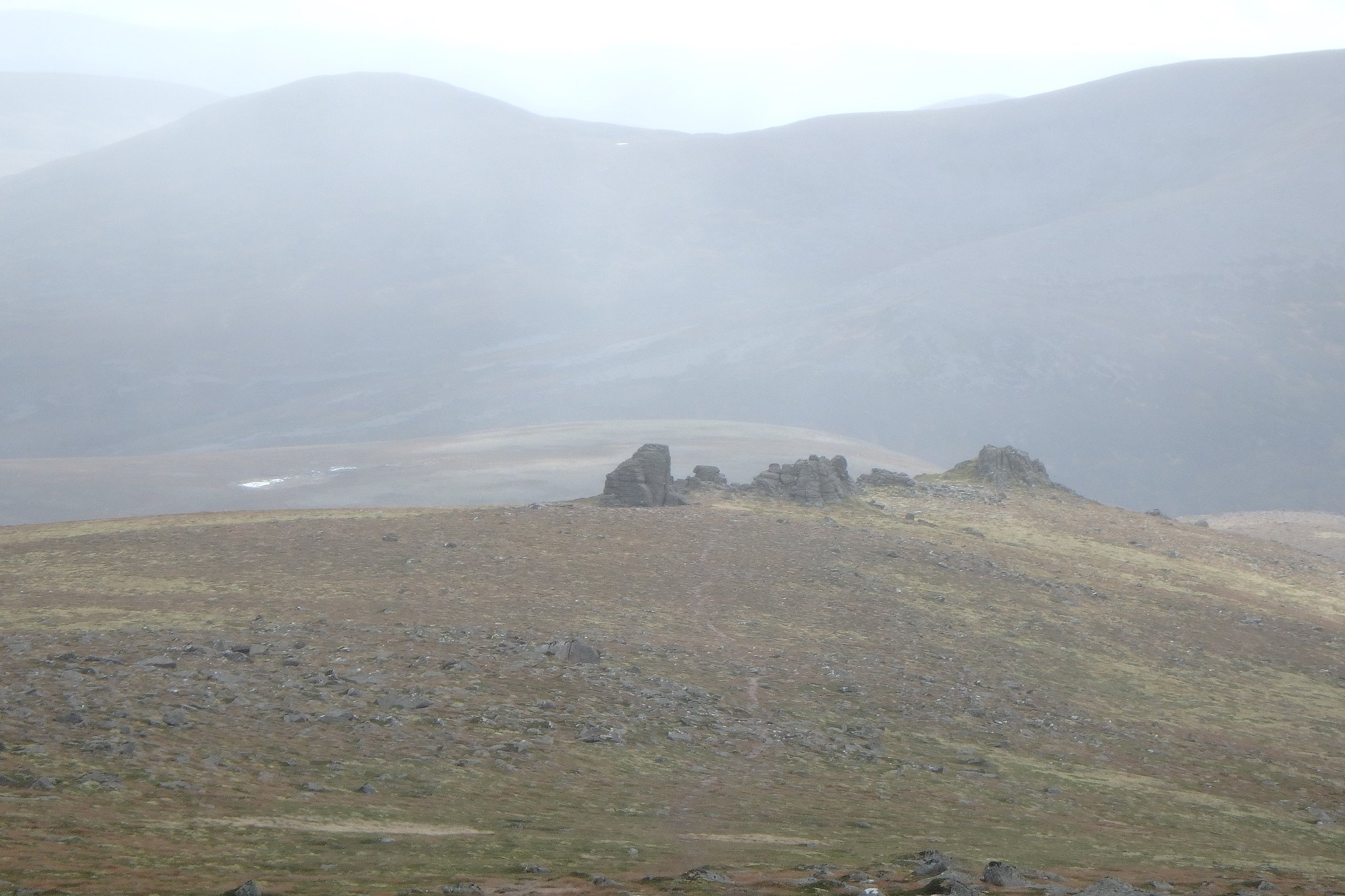 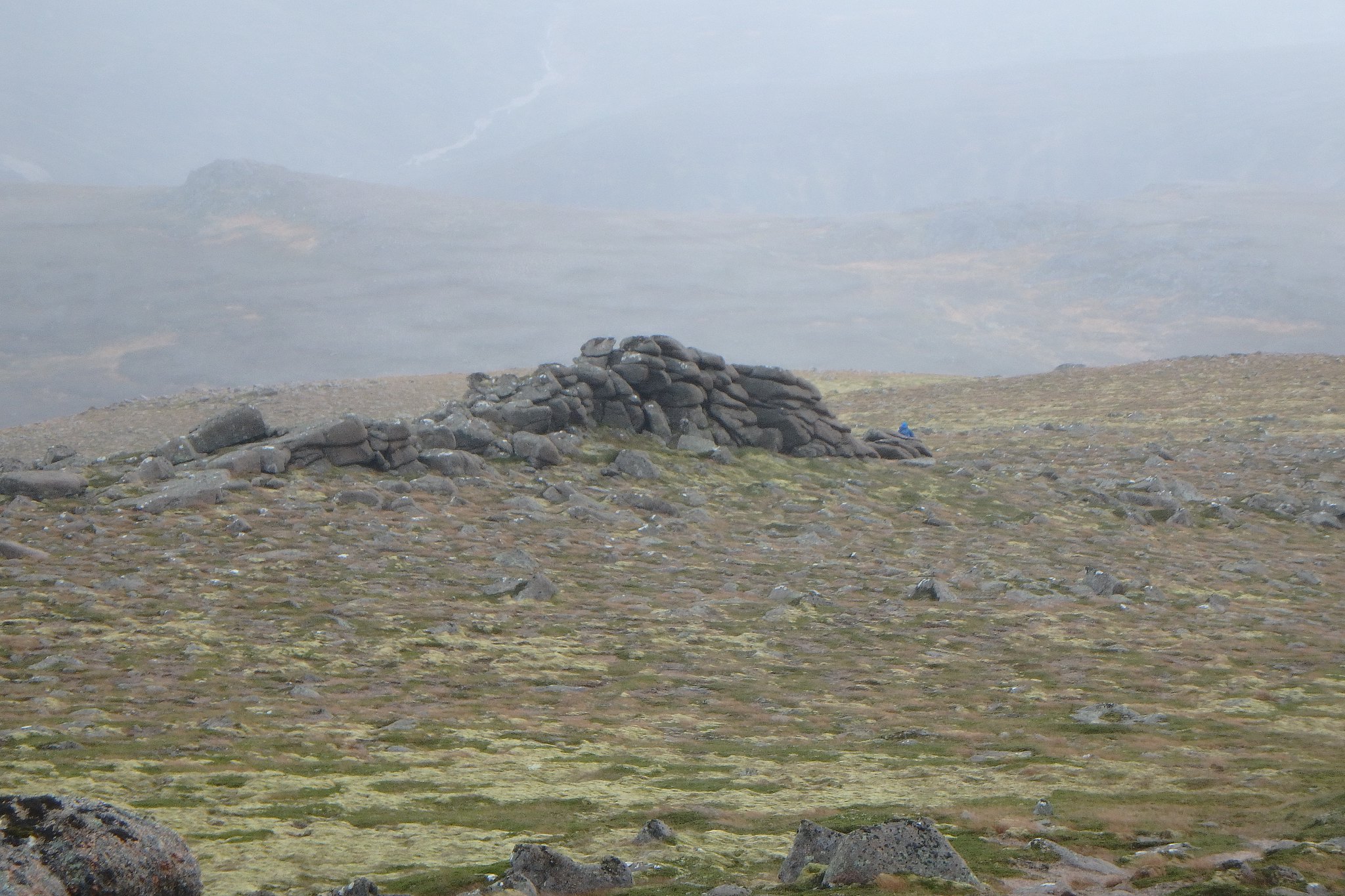 After a few photo's 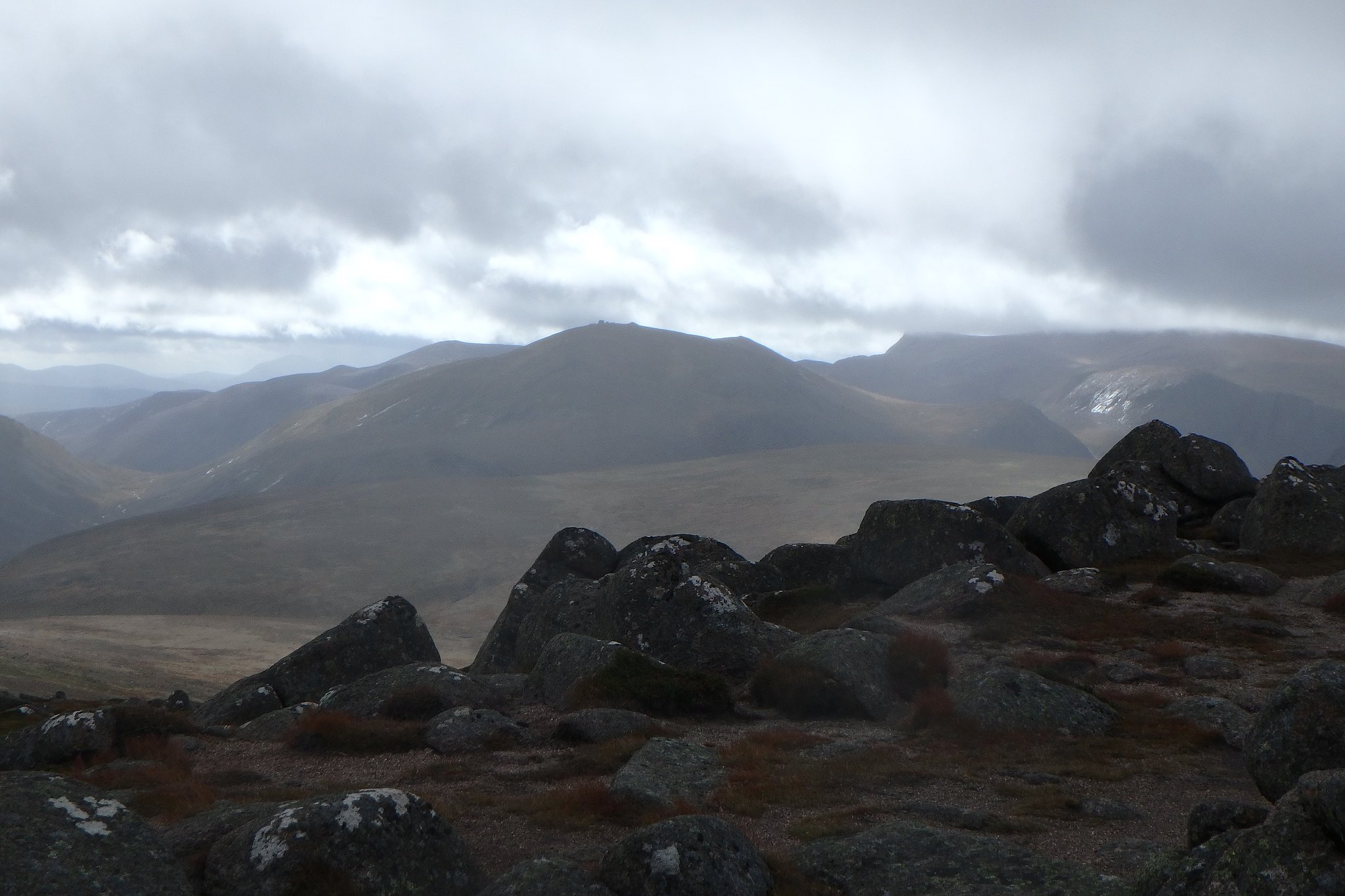 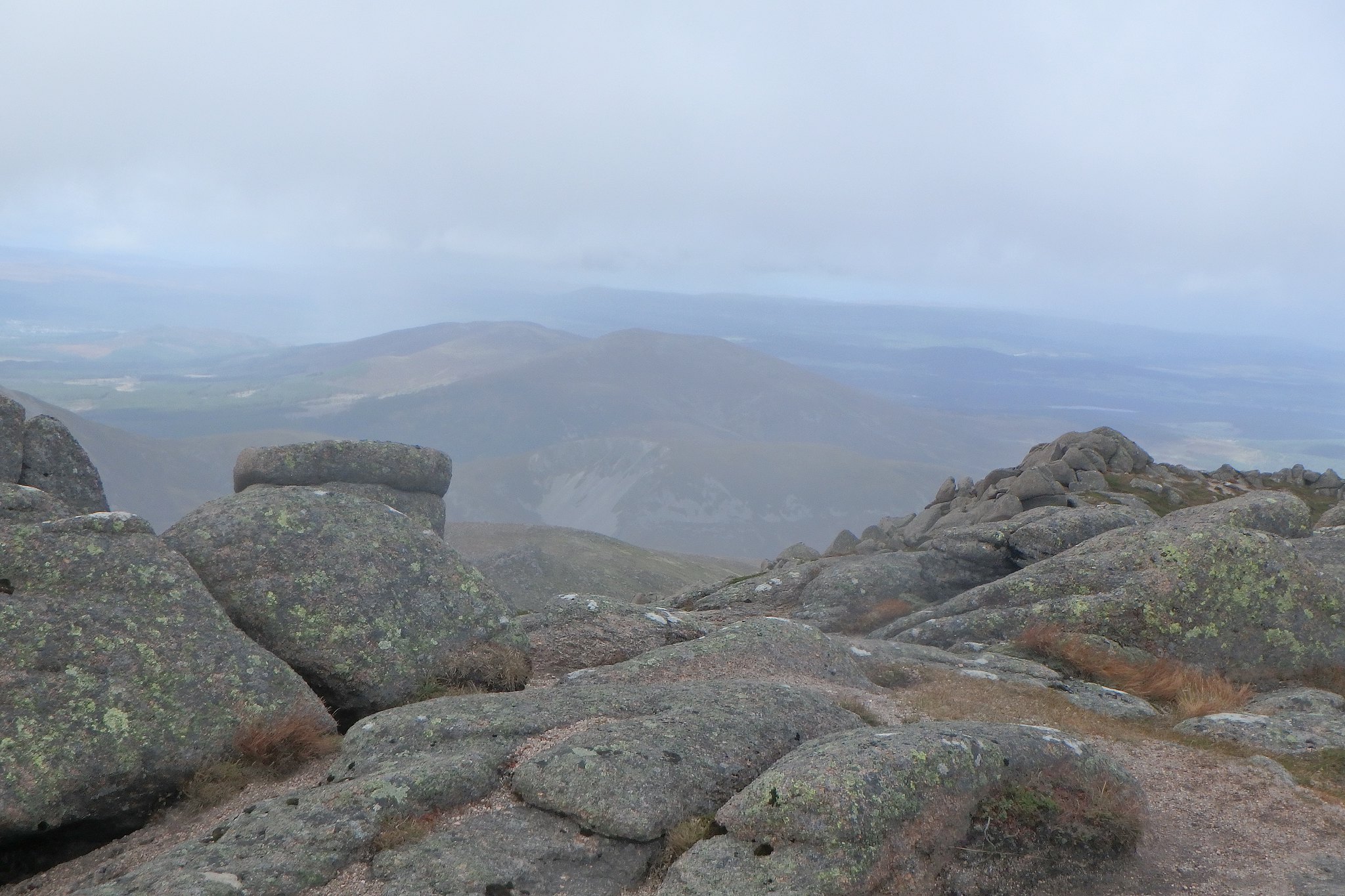 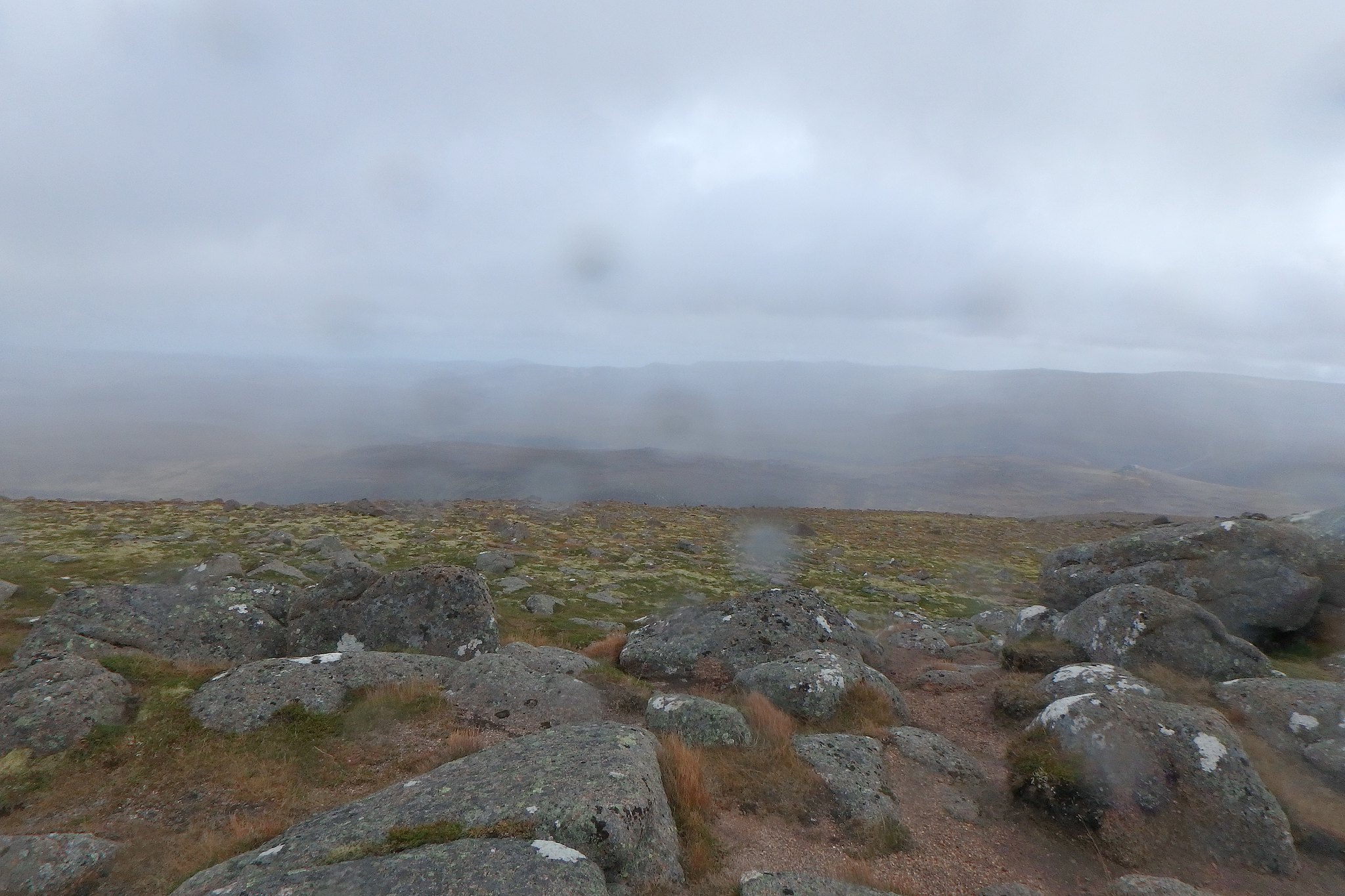 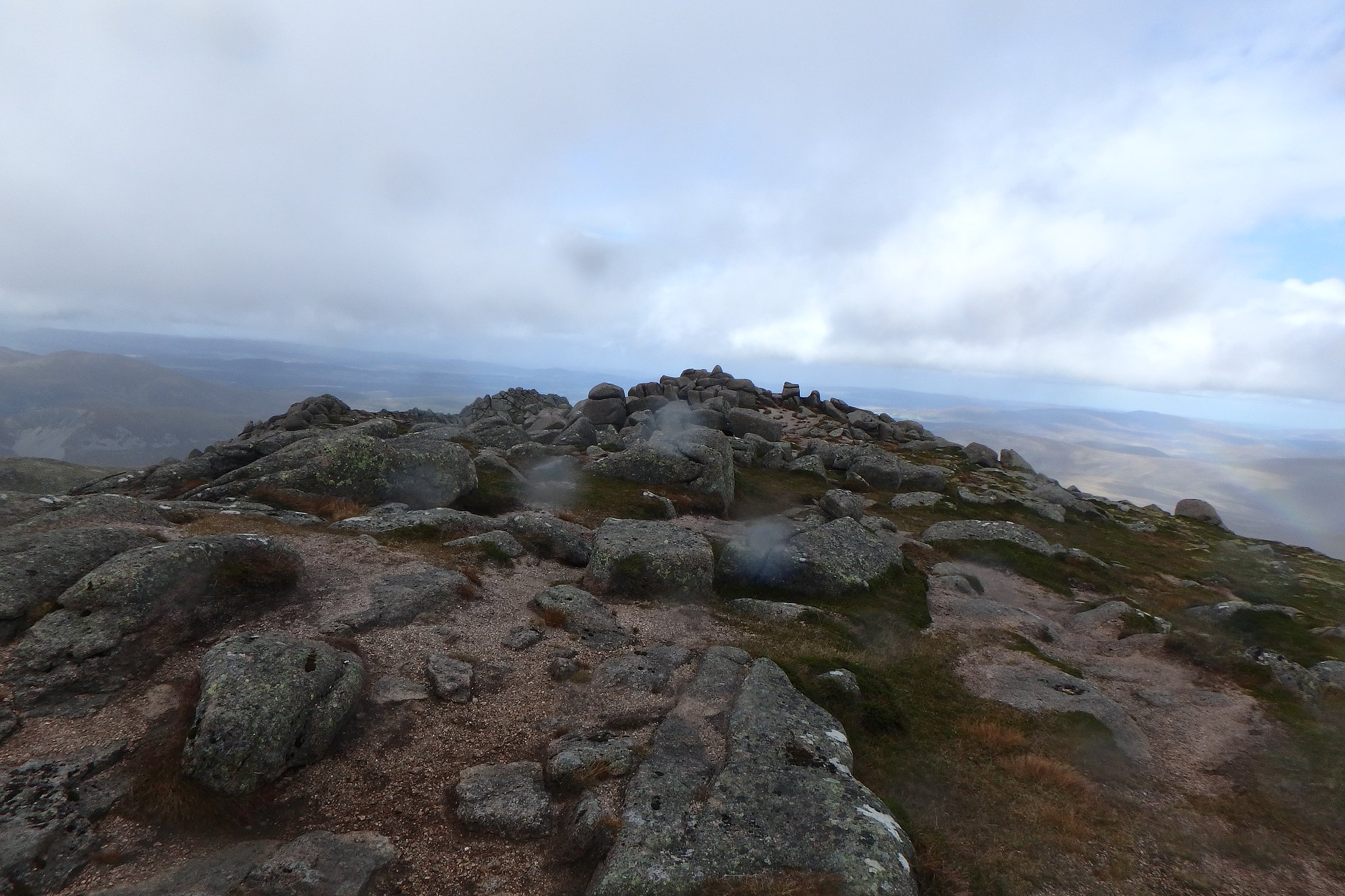 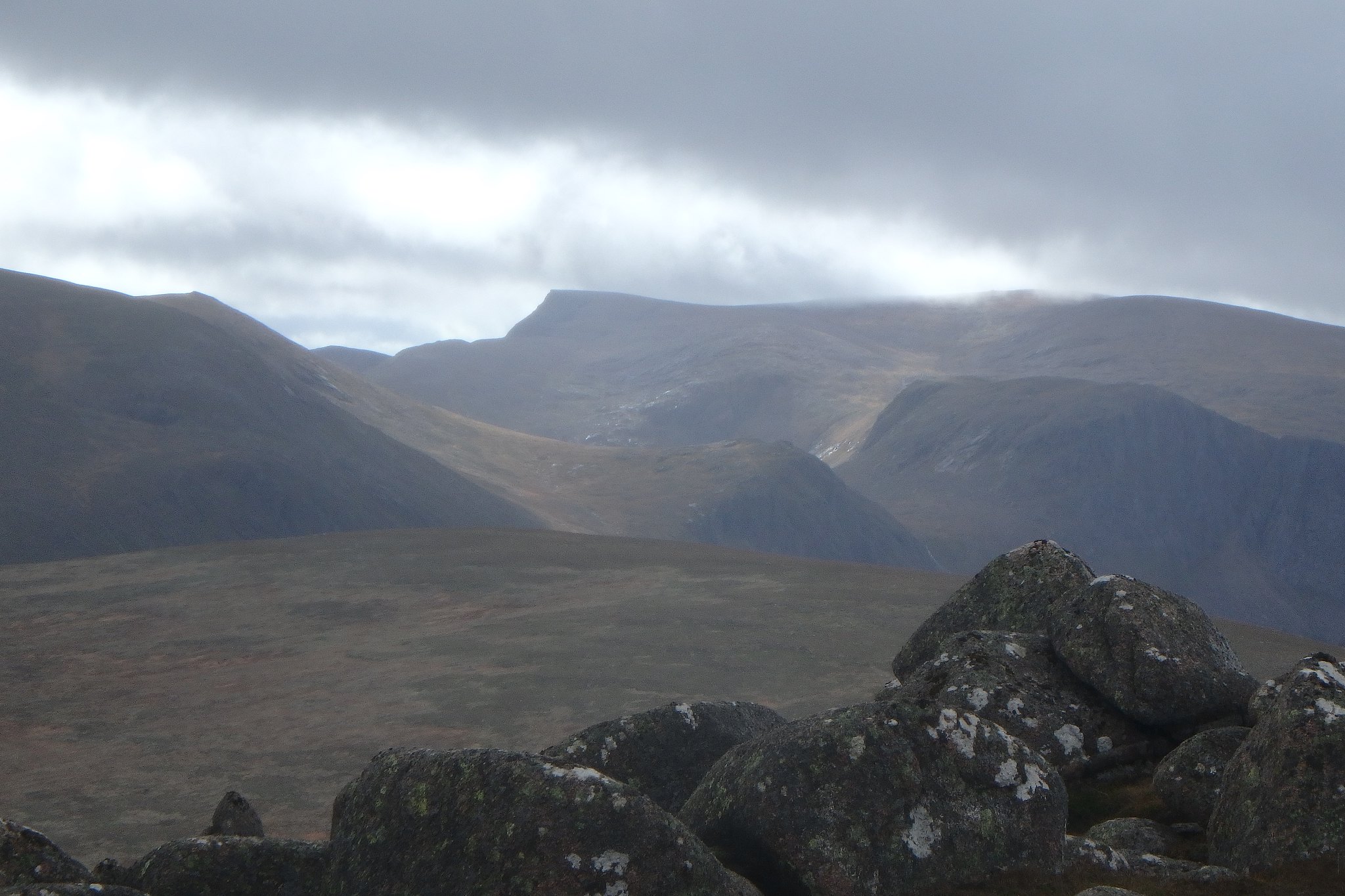 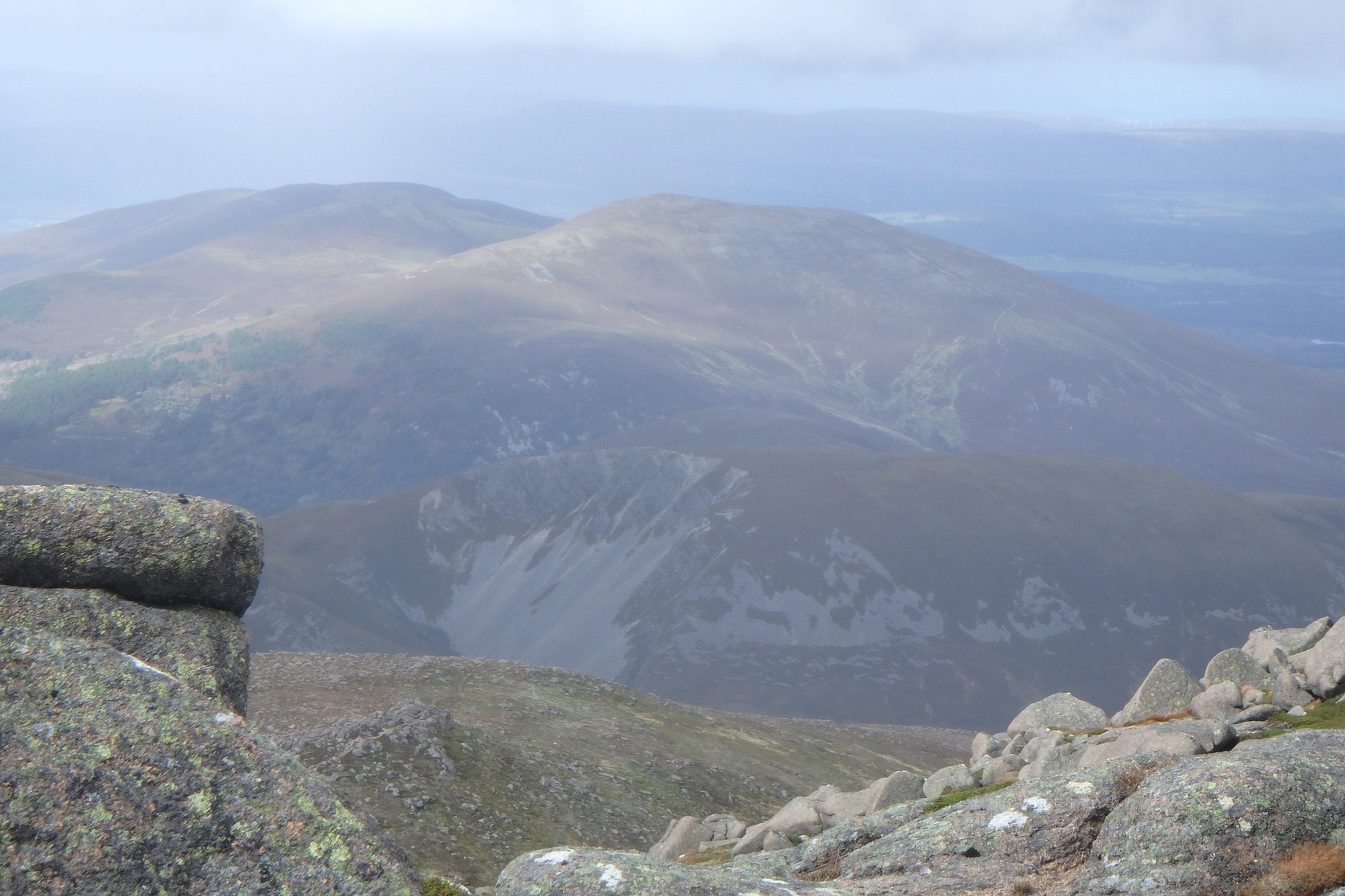 we set off to get out of the wind and have our lunch.

Rainbow above our intended lunch spot, there was no pot of gold 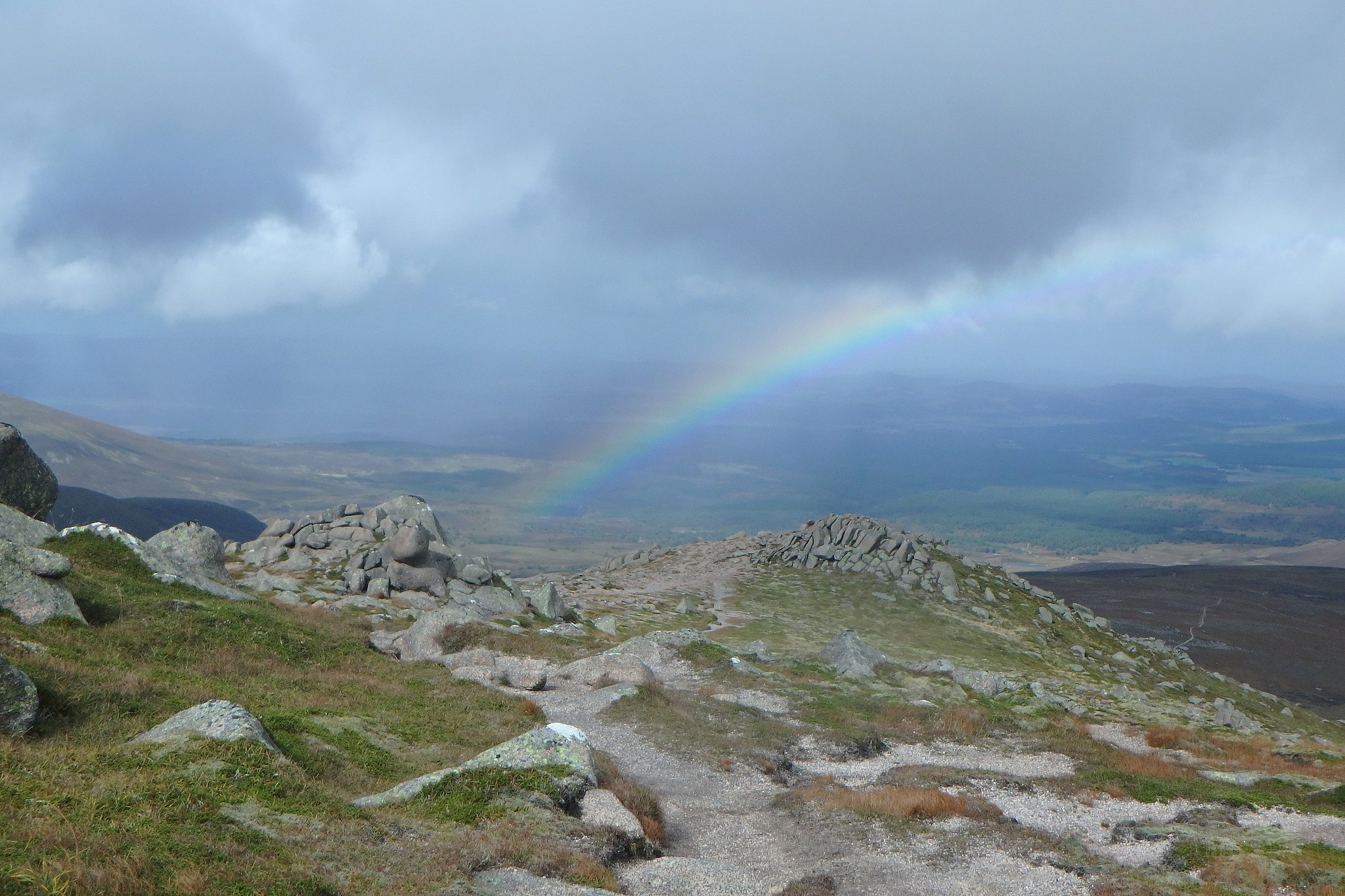 The return route was the same as the outward one, the views were different of course so that was ok
We had a prolonged period of rain on the way down, it lasted for half an hour or so, the wind made it feel worse than it was, it was this same wind that dried us out quickly once the rain stopped, by the time we were back at An Lochan Uaine we had dried out, the rest of the walk back to the car was pleasant and easy.

We saw plenty of these. 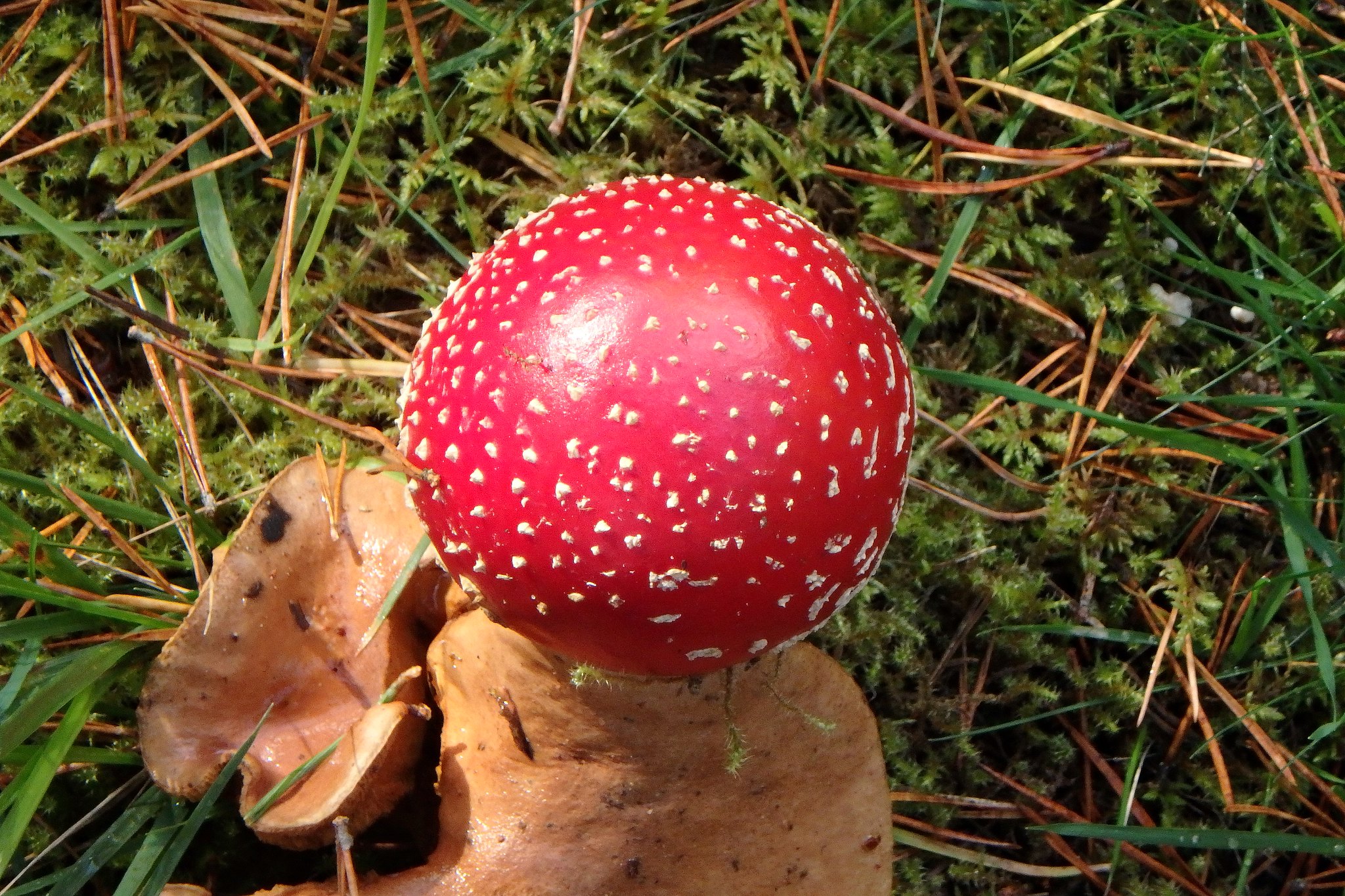 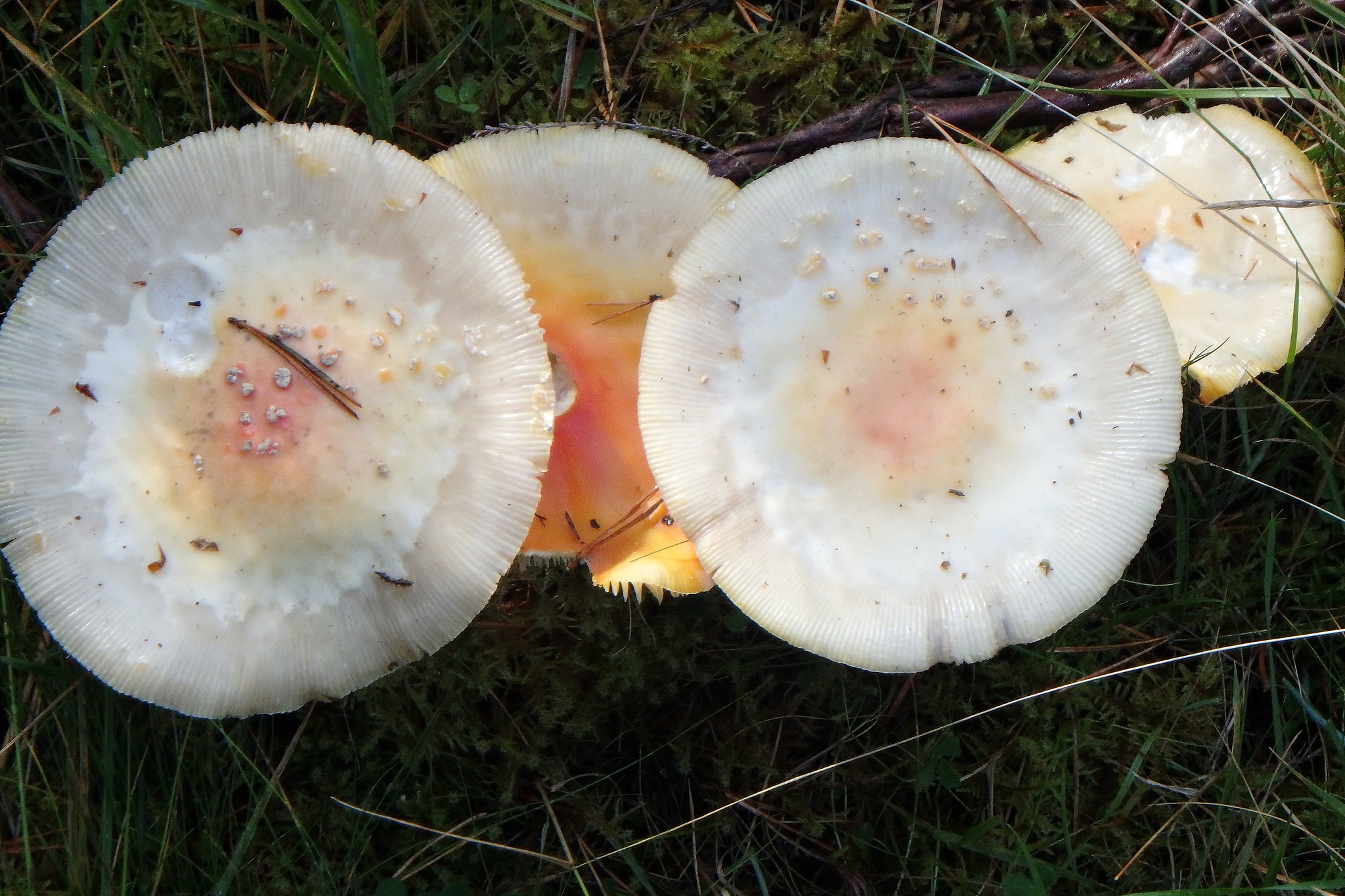 An enjoyable day out, better than doing the touristy bit, I was hoping to get to my 200th munro this holiday but it looks like it's going to be next year before I get there, ah well,.. theyr'e not going to knock 'em down.
We've got some new adventures planned for our munros next year...... wild camping around Knoydart, Fisherfield and Affric, that'll be interesting