Return to Rhinns of Kells

Return to Rhinns of Kells


My last visit to this area was back in 2011 when i bagged Corserine on its own, this time i had a couple of additional Donalds in my sights hopefully making the long drive down there more worthwhile.
From the carpark at Burnhead bridge i set off along the Professor Hans Heiberg road past the buildings at Burnhead then taking the left fork at the first road junction. The route is quite straightforward despite several paths branching off in different directions and eventually a narrow gravel path on the left of the road leads out of the forestry and ends at the open hillside near the bottom of Meikle Millyea. 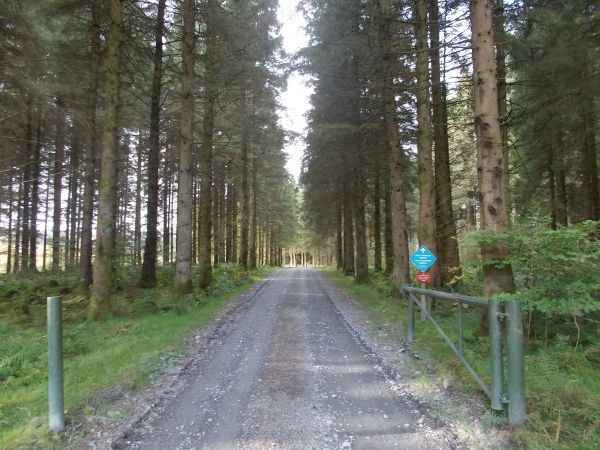 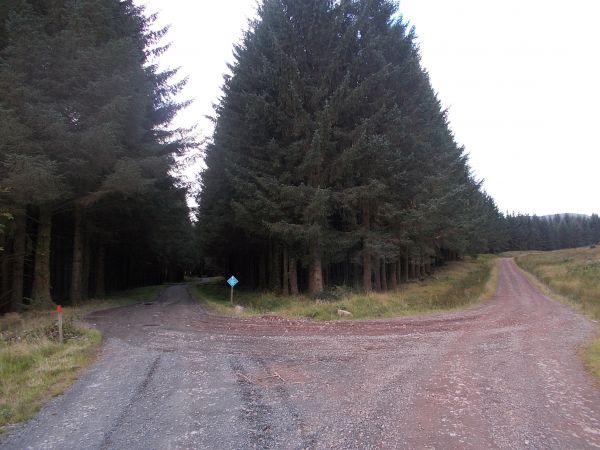 The first of many forest road junctions 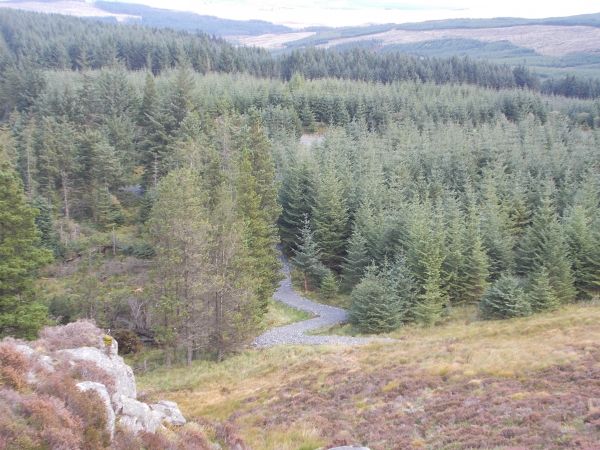 The path up Meikle Millyea is quite obvious and it soon follows a drystane dyke which leads past several areas of boggy pools then up and on to the summit. The summit itself is crowned by a trig pillar and a cairn though my SMC guide suggested slightly higher ground to the south. I quickly set off for a cairn i'd seen there where i found a great view of the isolated Loch Dee. Corserine from the forest edge With Meikle Millyea bagged i headed down the ridge towards my second Donald of the day, Milldown. By this point the wind blowing across the ridge was approaching gale force with the lochans in the col developing small waves!
I was hoping for pictures of Loch Dungeon from the top of Milldown but my camera's battery kept giving up and the one on my phone is useless in anything other than bright sunshine.
After a bite to eat on Millfire i tramped up Corserine in the freezing cold wind which oddly abated as i reached the summit. The views of the surrounding Galloway hills were really amazing with the crags on Craignaw looking particularly impressive. I had considered bagging the neighbouring Carlin's Cairn but i was too cold and knackered from battling the winds therefore i decided to leave it which i'll probably regret. When i'd last visited Corserine i descended the hill via the northeastern ridge and completely lost the path forcing me to improvise and make my own way down which included a very tiresome walk along a lengthy and overgrown firebreak back to the road. I was in no mood for a repeat of that so i made the decision to return via the route of my original ascent which involved heading back down to the col beneath Millfire then descending straight down to the valley floor to a faint path which runs parallel with the Hawse Burn as well as a triple barbed fence. The going here was boggy but nothing too serious and eventually a style over the fence is reached followed by a footbridge over the burn. The memorial cairn to shepherd Ralph Forlow is situated nearby with the forestry road just behind it. The long hike back to the carpark along the forestry road was uncomfortable in my new boots but it was a relief to be out of that wind and back to reasonable temperatures, also worth mentioning was the fact that i didn't pass a single person during the entire walk much the same as the last time here!

Re: Return to Rhinns of Kells

Was up there end of April and experienced sunshine, snow and torrential rain. Walked as far as Meaul and not fancying the walk back through the forest backtracked to Corserine and failed miserably trying to find a way down the NE and then SW shoulder.