Some bits and bobs in Perthshire

Some bits and bobs in Perthshire

Heading south for the weekend, I was in no rush so decided to detour through the heart of the Perthsire glens and nip up a few small hills along the way. I knew it would be a mixed bag, but this is how you discover unexpected viewpoints and interesting little corners.

The road over to Trinafour from the A9 is spectacular, especially with a bit of sunshine and some autumn colours. First stop was Drumcroy Hill - can't say I was overly excited about this one as it is covered in forest. However I was pleasantly surprised, especially because I took a bit of a gamble in starting from the highest possible point, missing out any tracks that might help.

I left the direct road over to Tummel Bridge at the high point and went through a gate in the deer fence. The ground around was ravaged as it had been ploughed for conifer plantations, but it was an easy enough walk up the edge of the existing woods, after which I climbed out over the corner of a deer fence. From here, the woodland was very pleasant and spread out to the north, although in impenetrable regimented lines to the south. The walking continued to be easy almost the whole way to the summit area, at which point there was a pile of windblown felled trees. There were tantalising snippets of view in a couple of directions, but the summit itself was buried in trees. I went back the same way. Hardly a classic, but much more pleasant than I'd imagined.


Drumcroy Hill.gpx Open full screen  NB: Walkhighlands is not responsible for the accuracy of gpx files in users posts 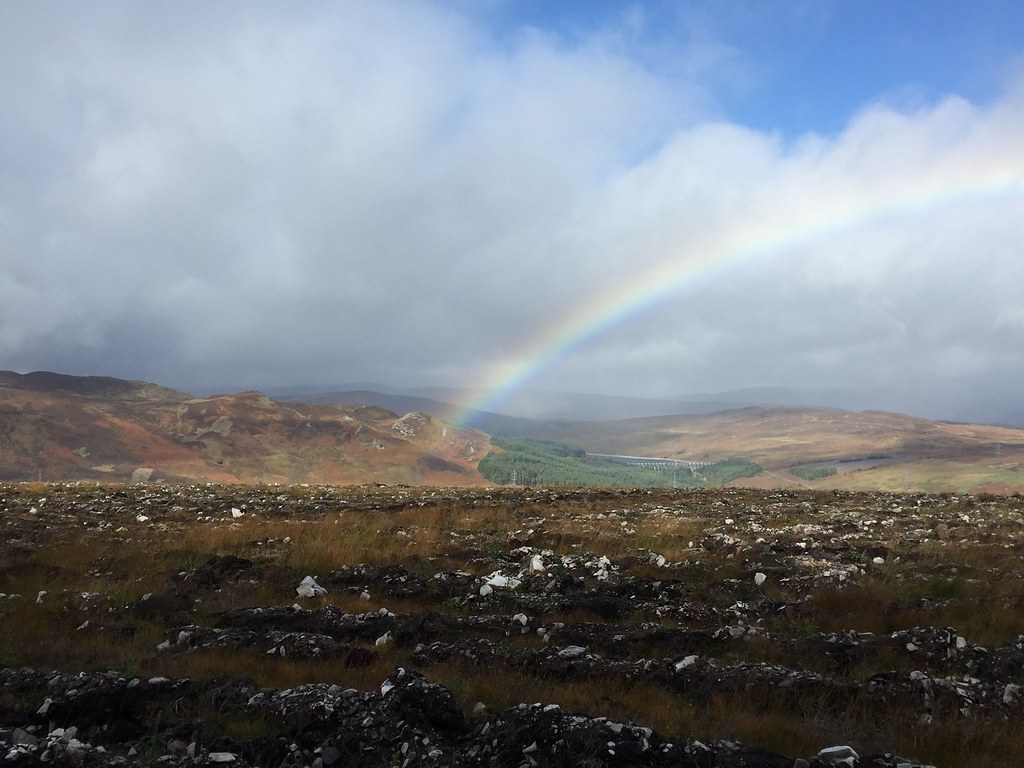 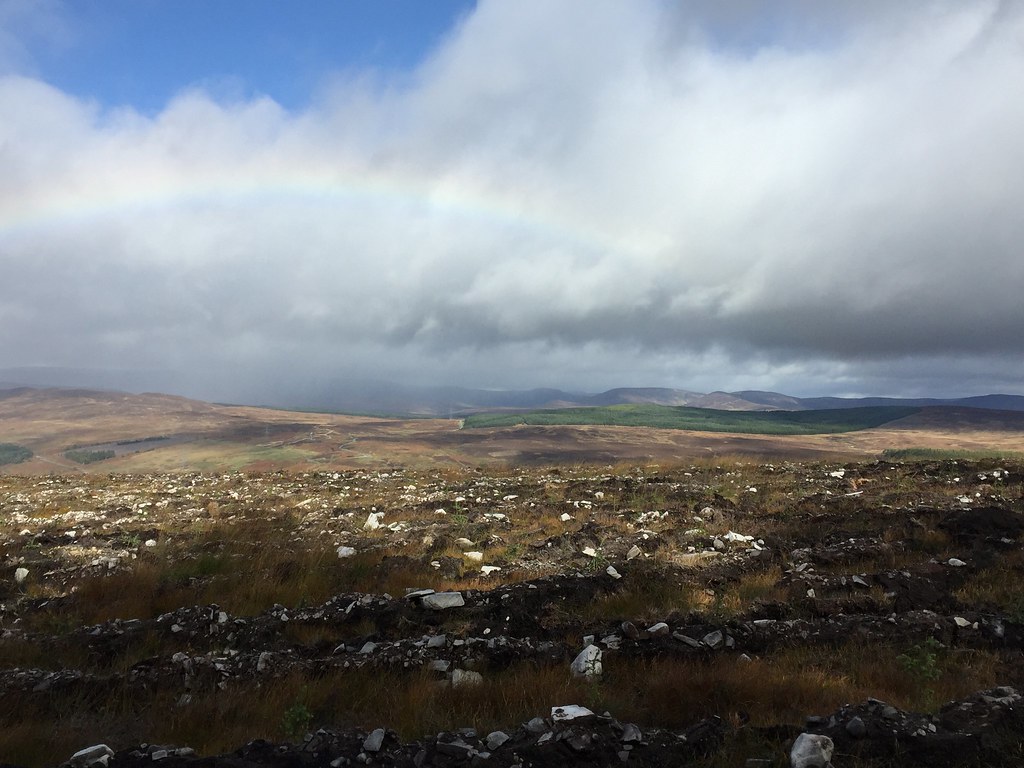 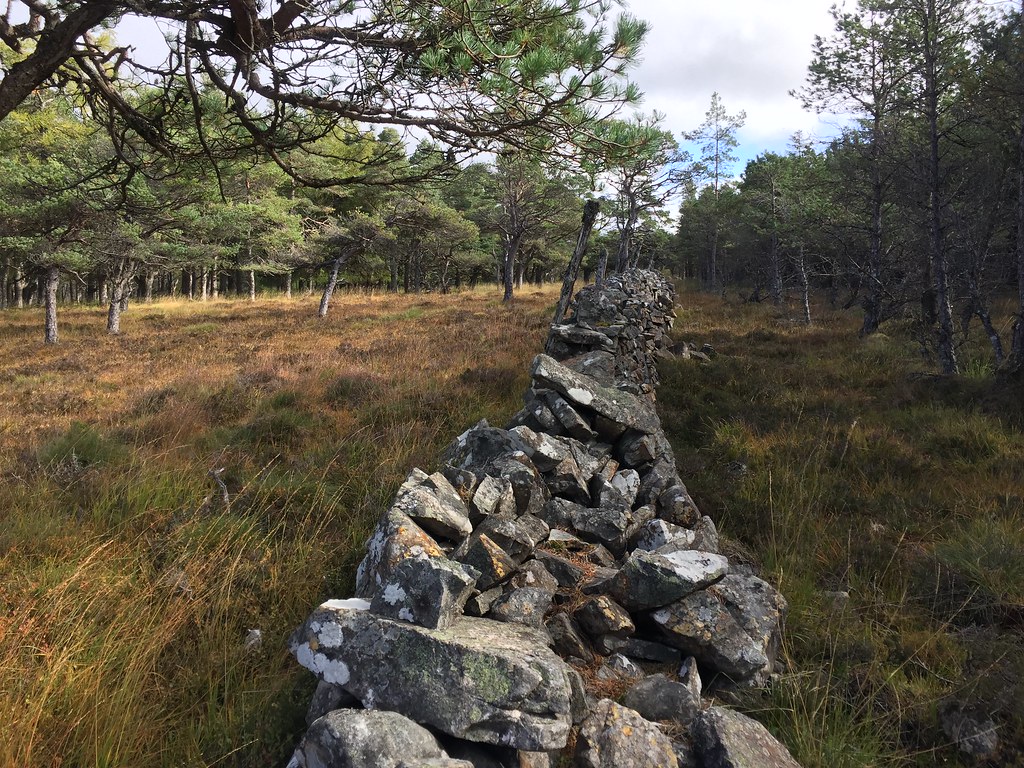 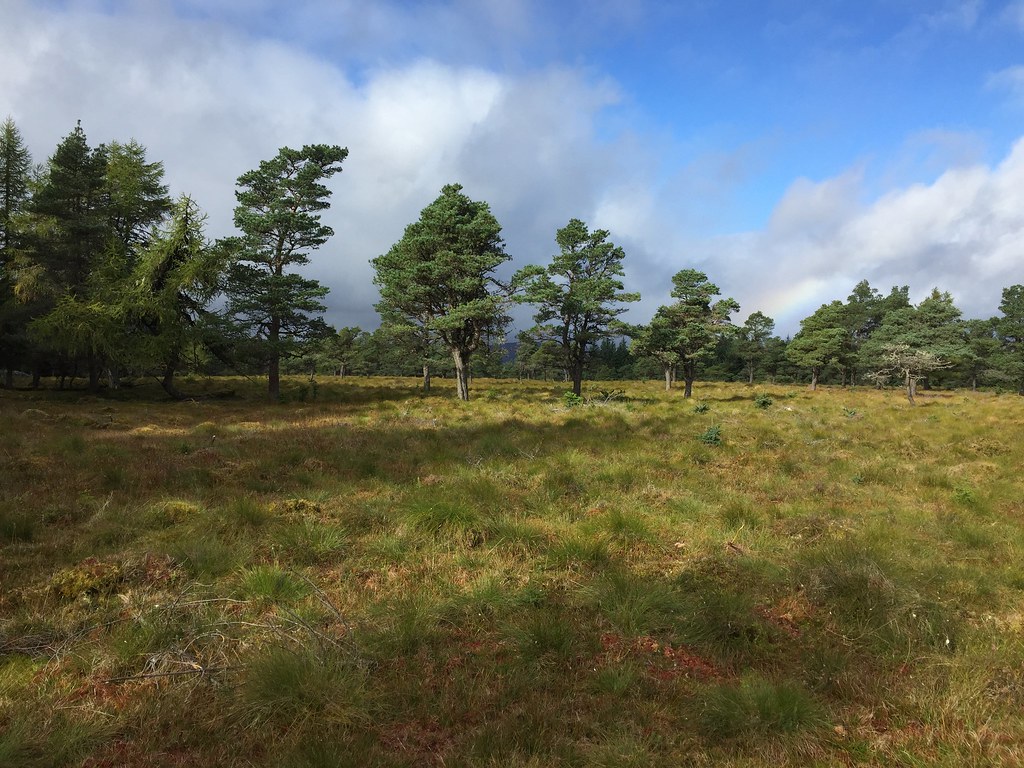 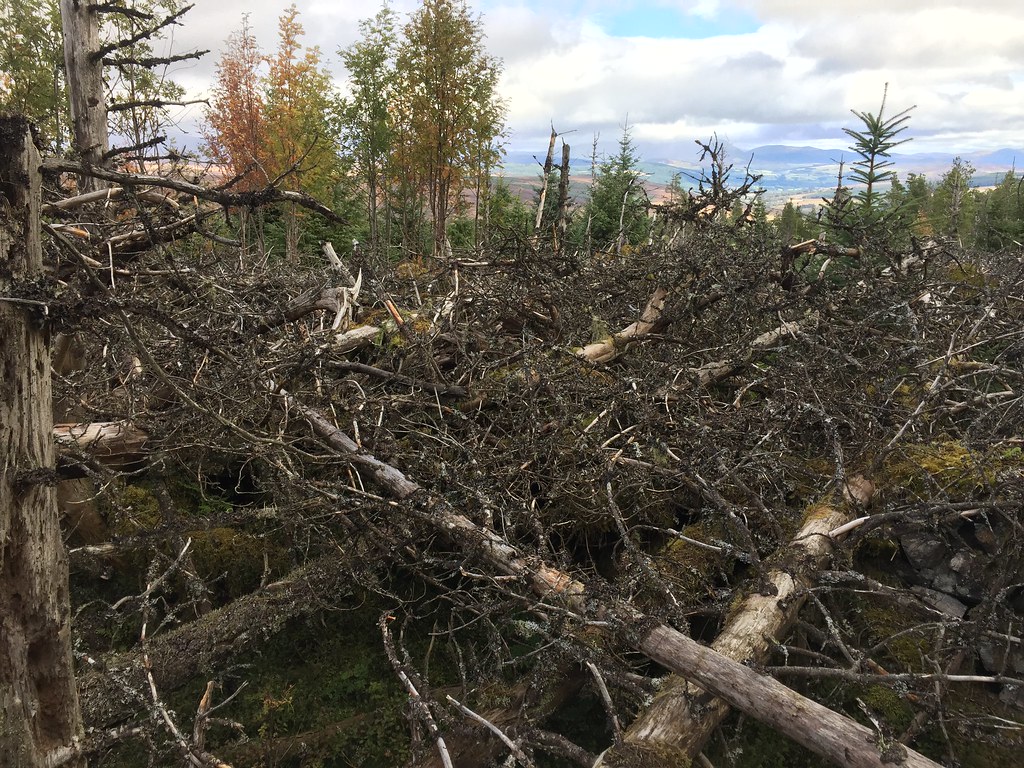 Near the high point 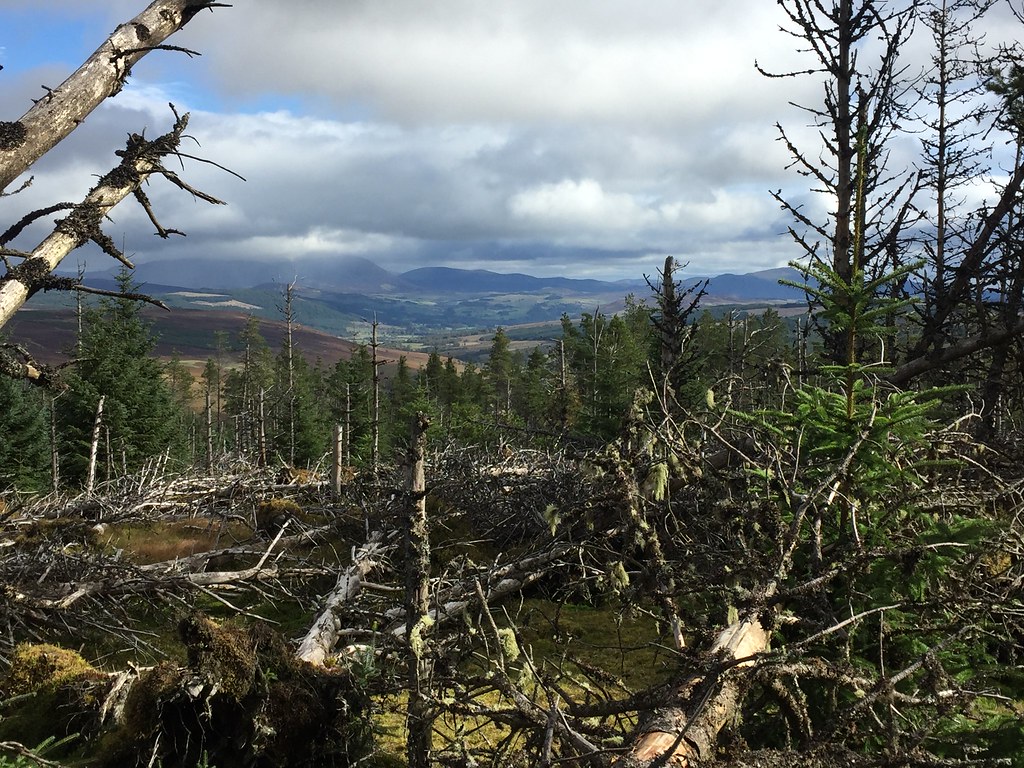 Beinn a Ghlo and Ben Vrackie 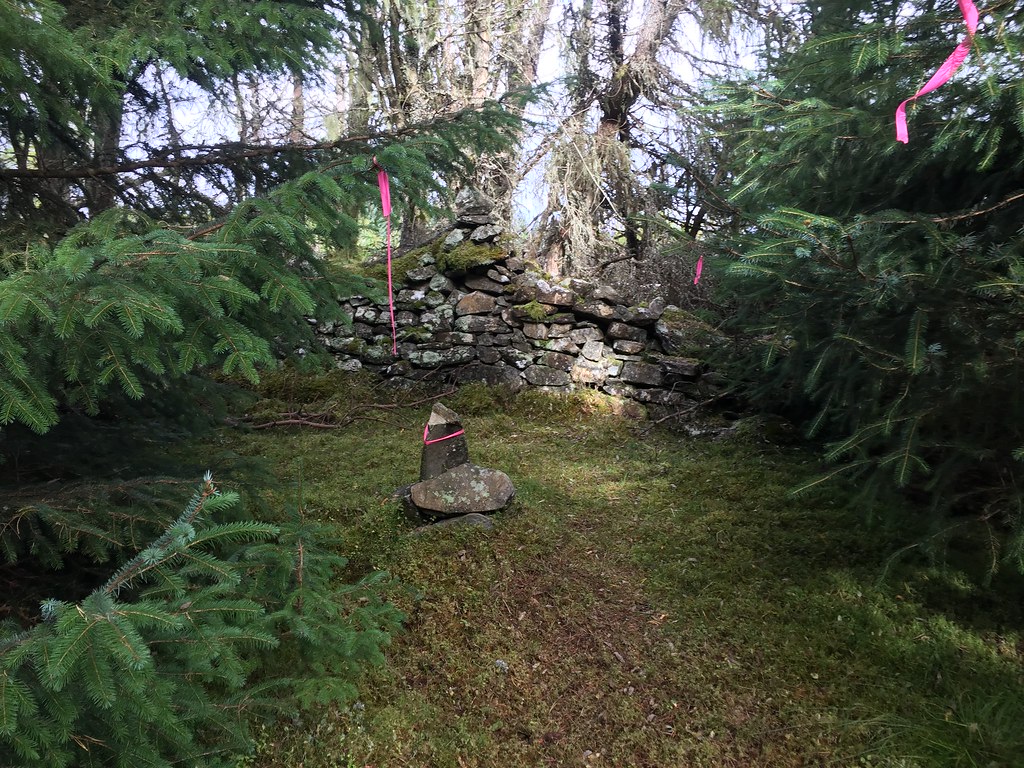 Next stop was Dun Coillich, which I'd been past with the intention of going up many times. I parked just south of White Bridge and walked a short distance back up the road to where there was a gate into a community woodland area. It was a short but deep (and steep) wade through the heather from here to the summit. Great views back over Loch Tummel and on to Shiehallion - worthy of a quick lunch break. There were coloured flags marking a slightly different route back down, but it didn't appear that many people came this way - the heather was no better than on the way up! Halfway down I hit a vehicle track and the rest was easier. A nice viewpoint but just as heathery as I'd always imagined.


Dun Coillich map.gpx Open full screen  NB: Walkhighlands is not responsible for the accuracy of gpx files in users posts 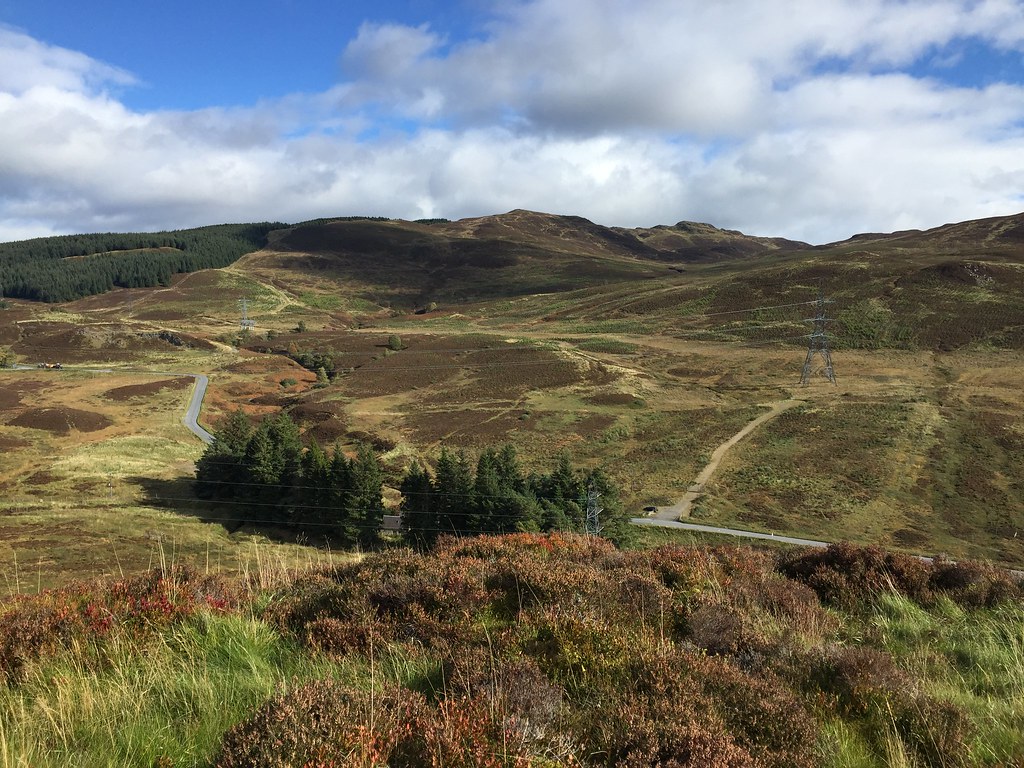 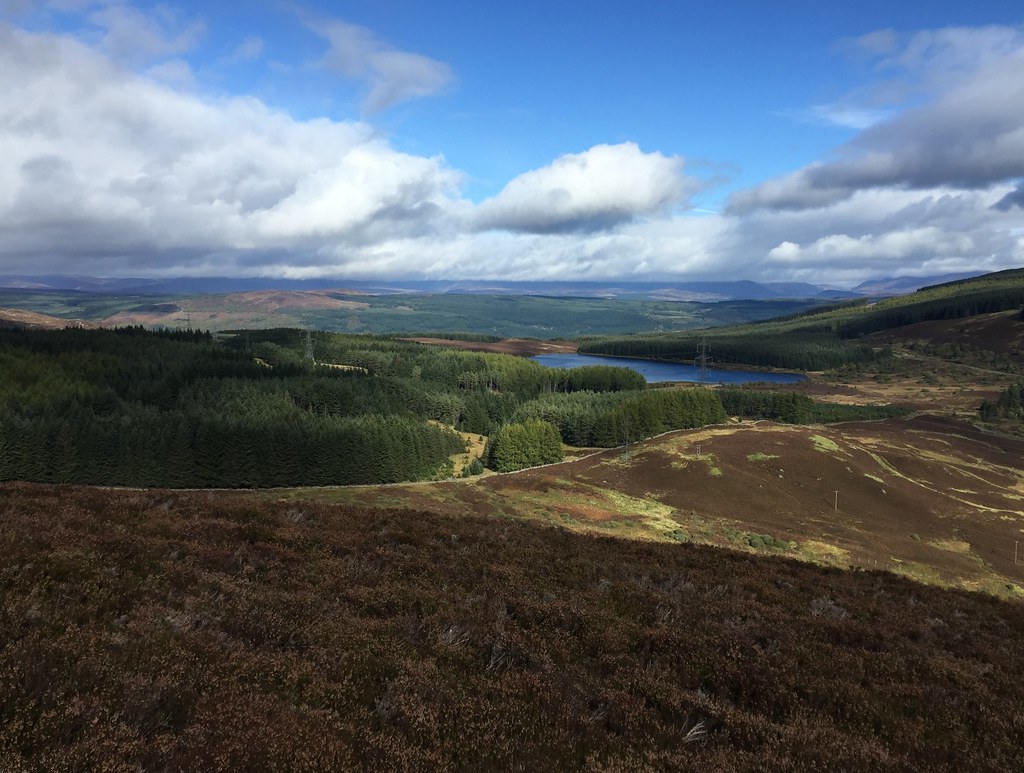 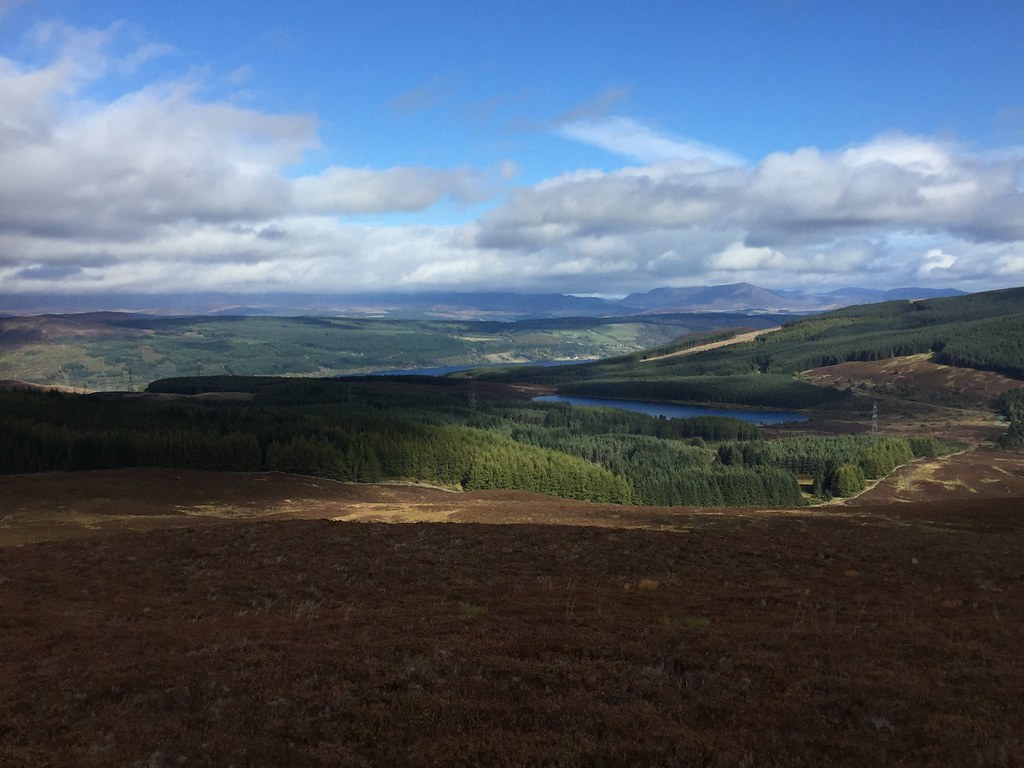 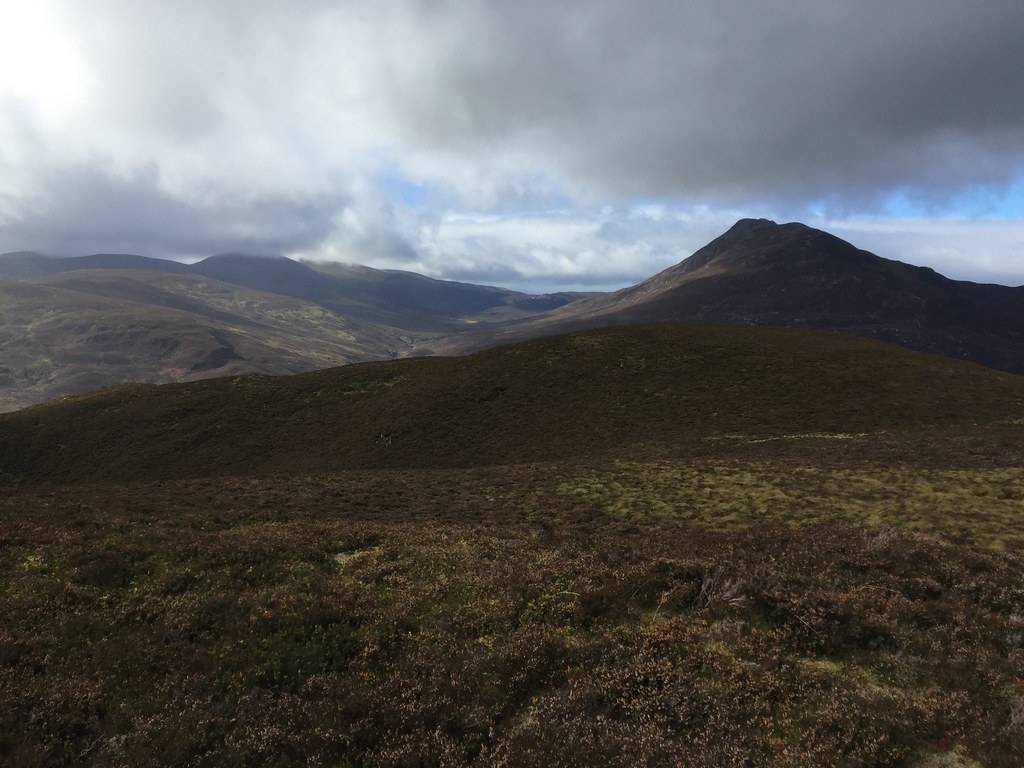 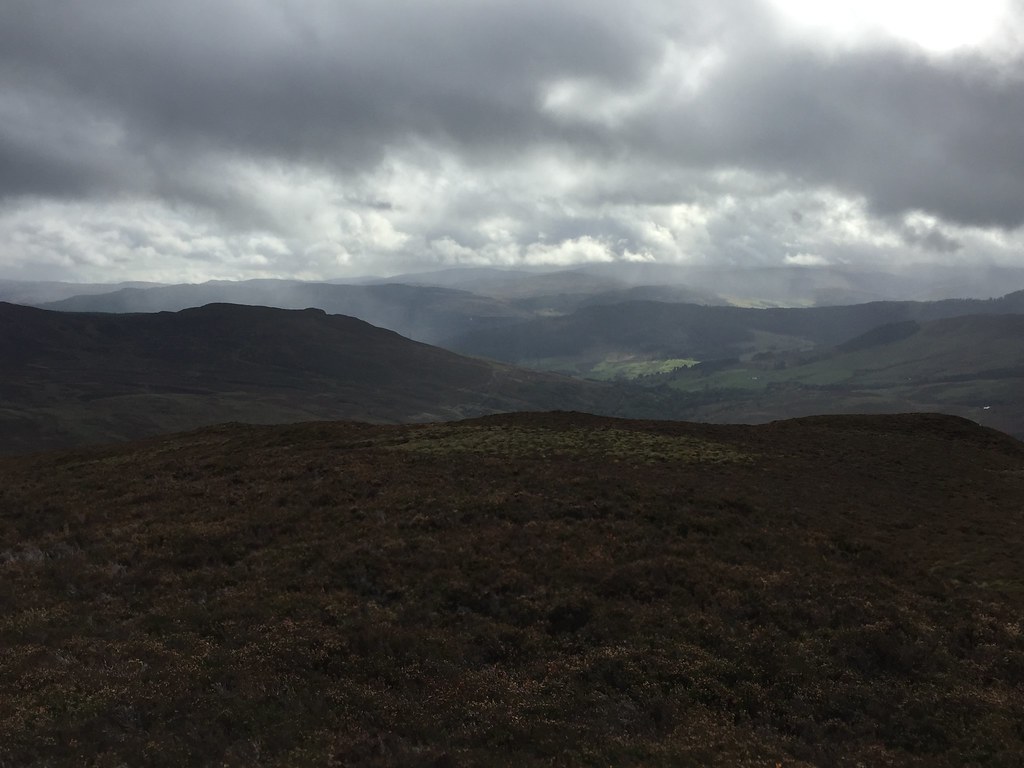 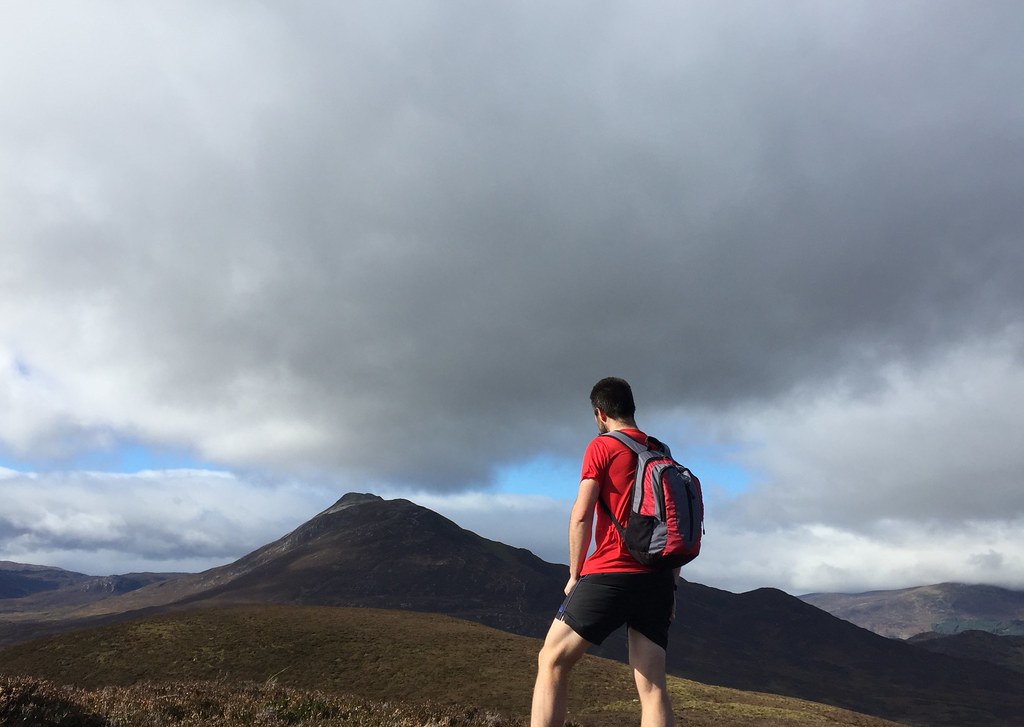 There was a bit more of a drive to the next summit - down Strathtay, through Aberfeldy, up over the moors to Amulree and down through the Sma' Glen. A nice route that I hadn't been on for a few years

. Knock of Crieff hardly needs a description as you get to park way up towards the summit, behind the Crieff Hydro. In fact finding the parking spot presented more of a challenge than the walk! I opted to follow a good path skirting the northern side of the ridge until I was able to climb onto the highest summit. This has had a haircut recently - on the plus side, there are now extensive views, but on the downside it feels like the middle of a battlefield. Still, nice views towards Glen Turret and Ben Chonzie, not to mention east towards Perth. I returned over the lower summit, which has fewer views but is more pleasant.


Knock of Crieff map.gpx Open full screen  NB: Walkhighlands is not responsible for the accuracy of gpx files in users posts 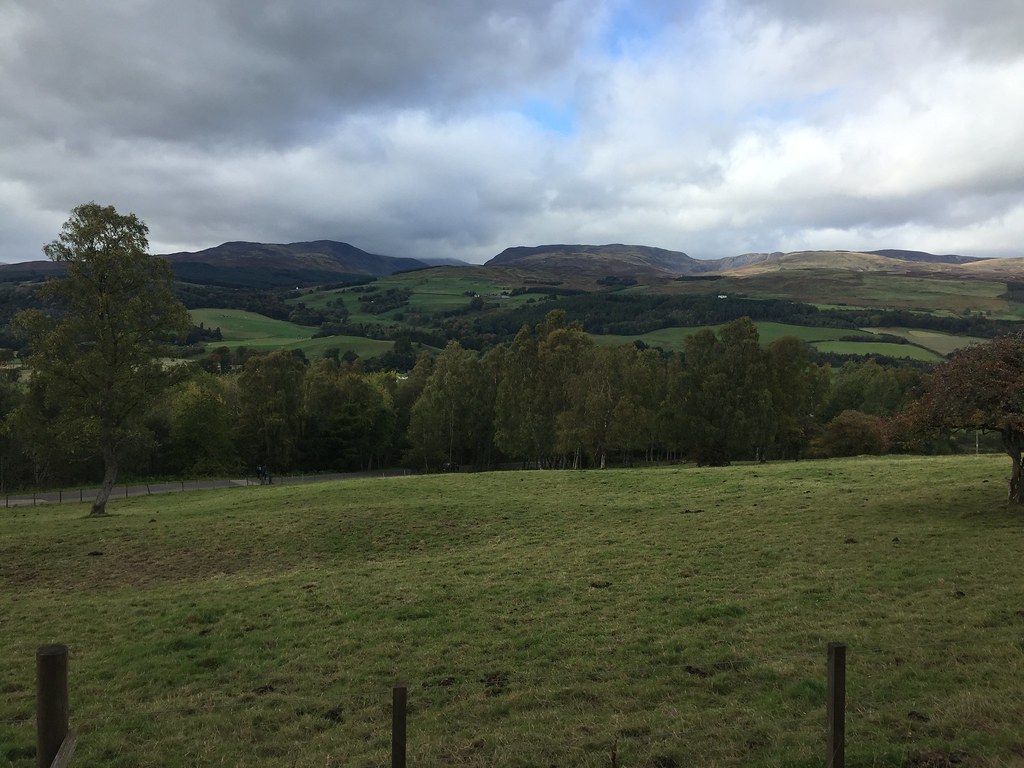 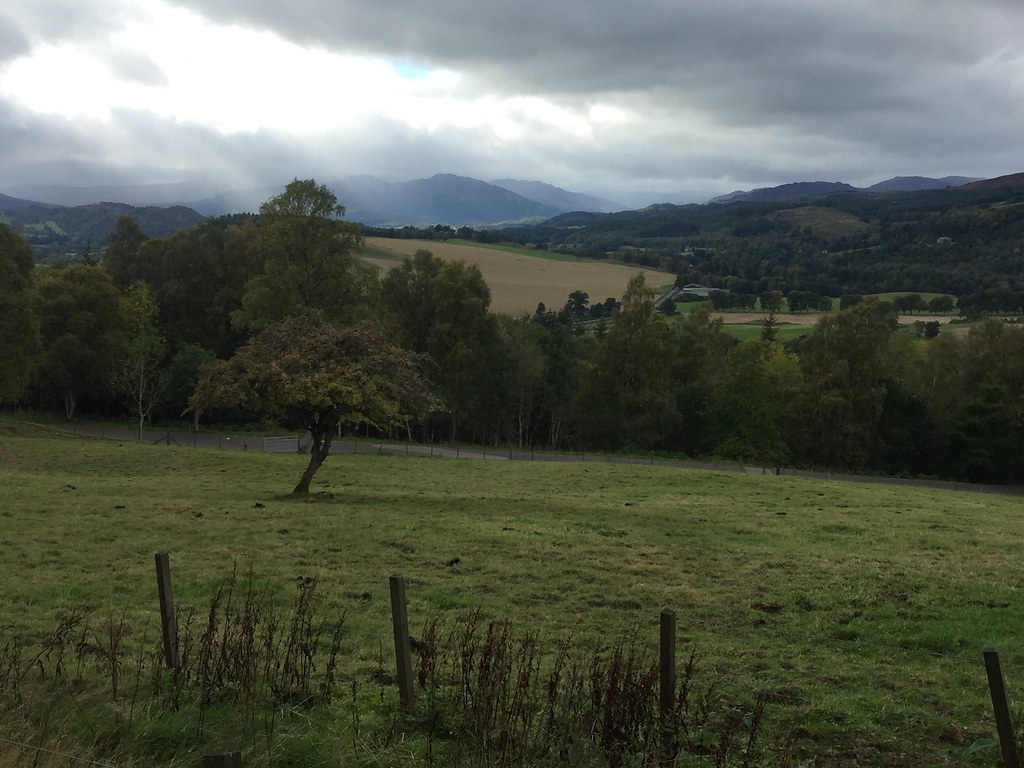 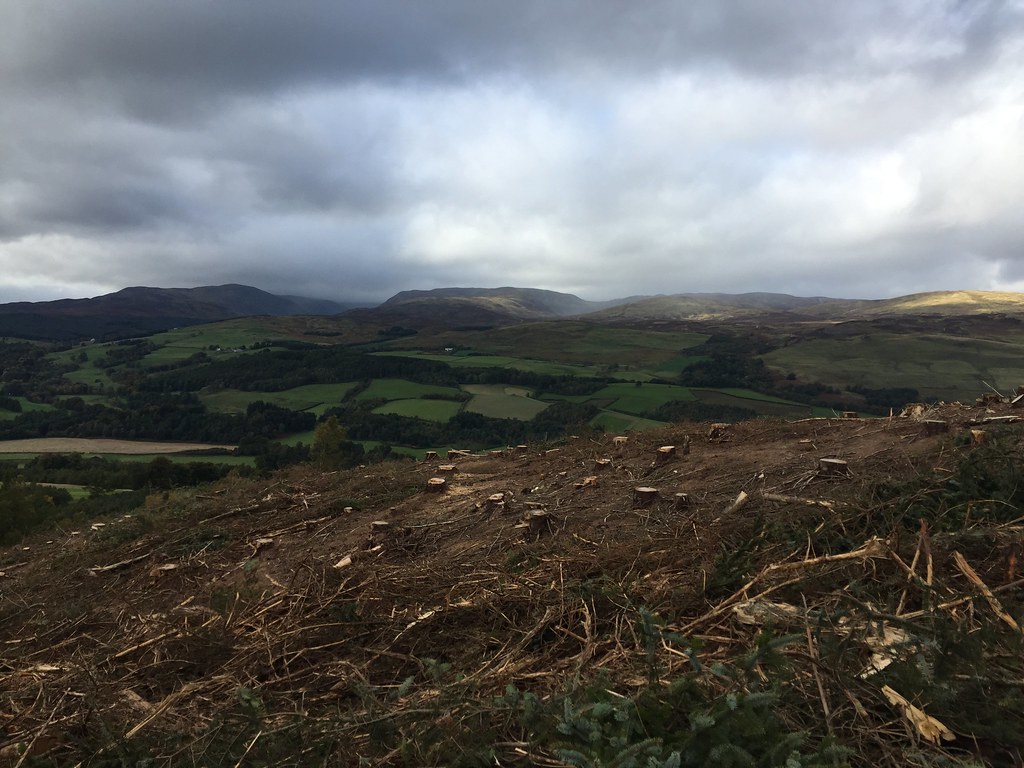 Auchnafree Hill from the Knock of Crieff 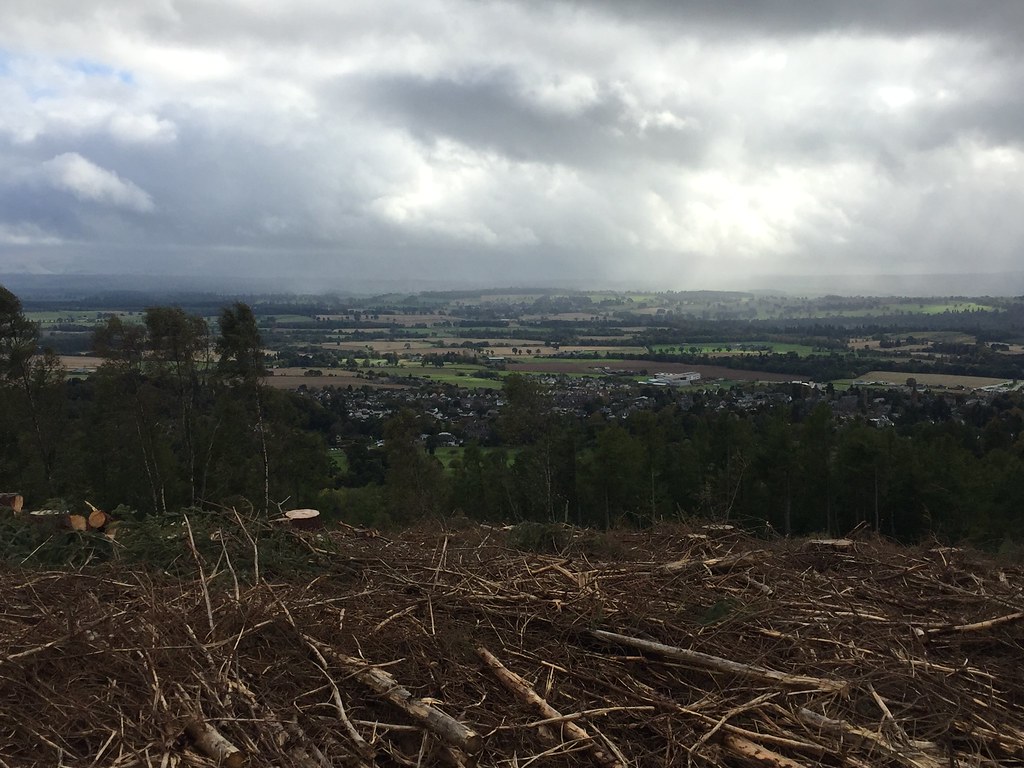 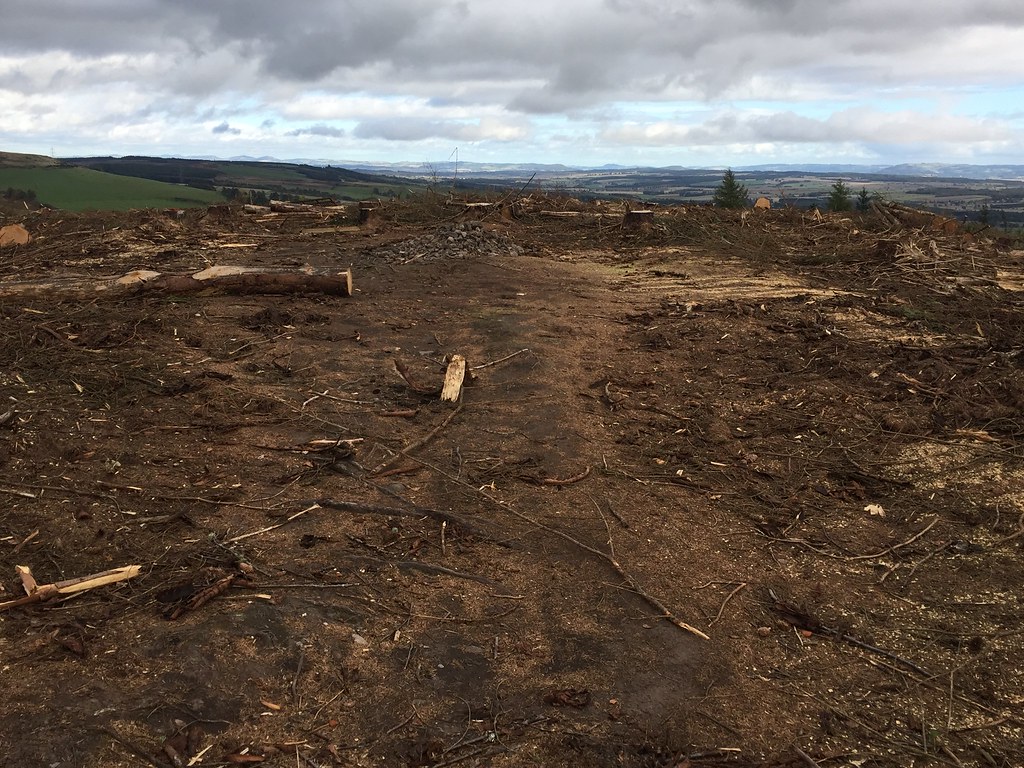 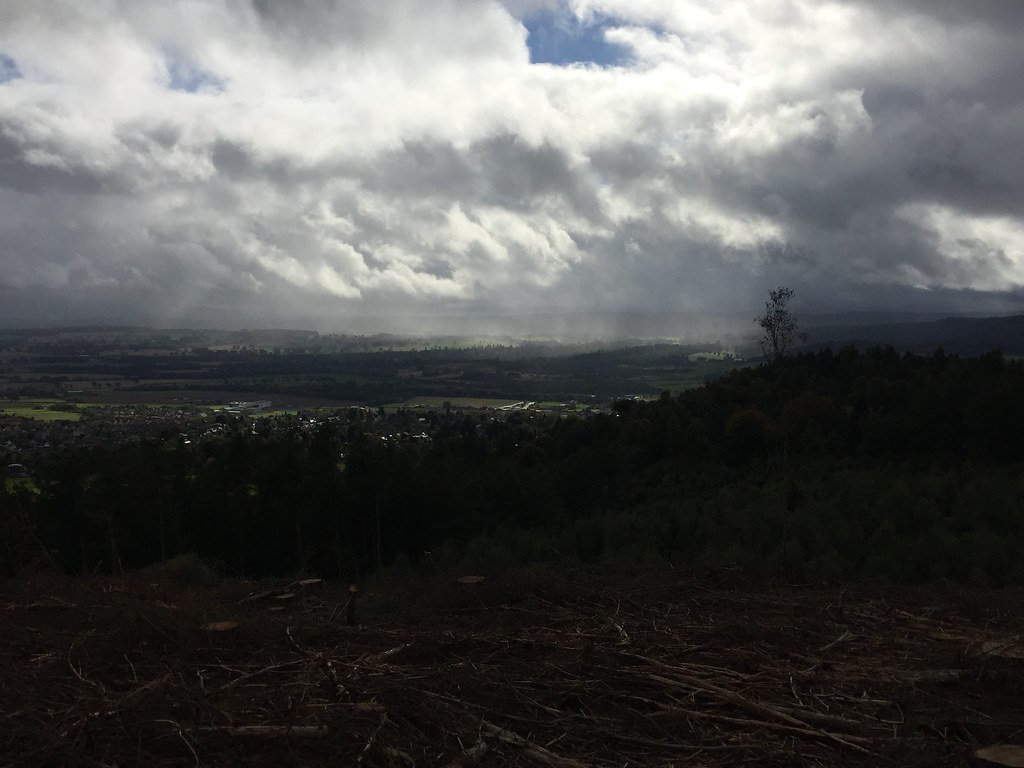 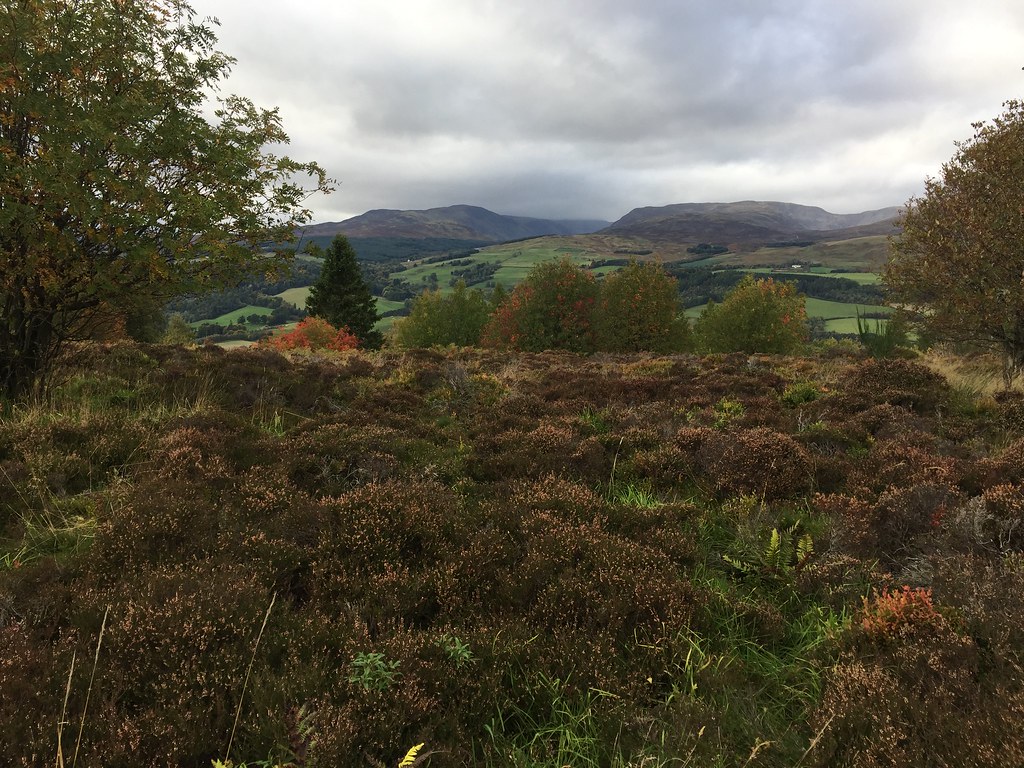 Turret from the lower summit of the Knock

Finally onto what turned out to be my favourite of the day - Torlum. My parents occasionally used to rent a caravan at Comrie Croft, and I always remember looking over to this hill and wondering what it was. Turns out it is a pleasant little walk if you go the right way. Starting from a community carpark above Upper Strowan, I followed a track signposted to Auchingarrich for a short way. The autumn colours were at their best here. At the first sharp bend, I left the track and followed a faintly trodden way across a burn and a fence, and into the conifers. Although these were tightly planted in straight lines, there was decent ground beneath them and it was an easy ascent to a more open area. Then I just followed a faint track through the heather and scattered trees to the trig point. A couple of trees and some worsening weather blocked the most dramatic views to the west, but the sun was lighting up the eastern slopes and Comrie, more than making up for it. Somehow on the descent I went off course a little, and ended up wading through tall bracken and some of the most vicious stinging nettles I have come across. As I said, pleasant if you go the right way!


Torlum Map.gpx Open full screen  NB: Walkhighlands is not responsible for the accuracy of gpx files in users posts 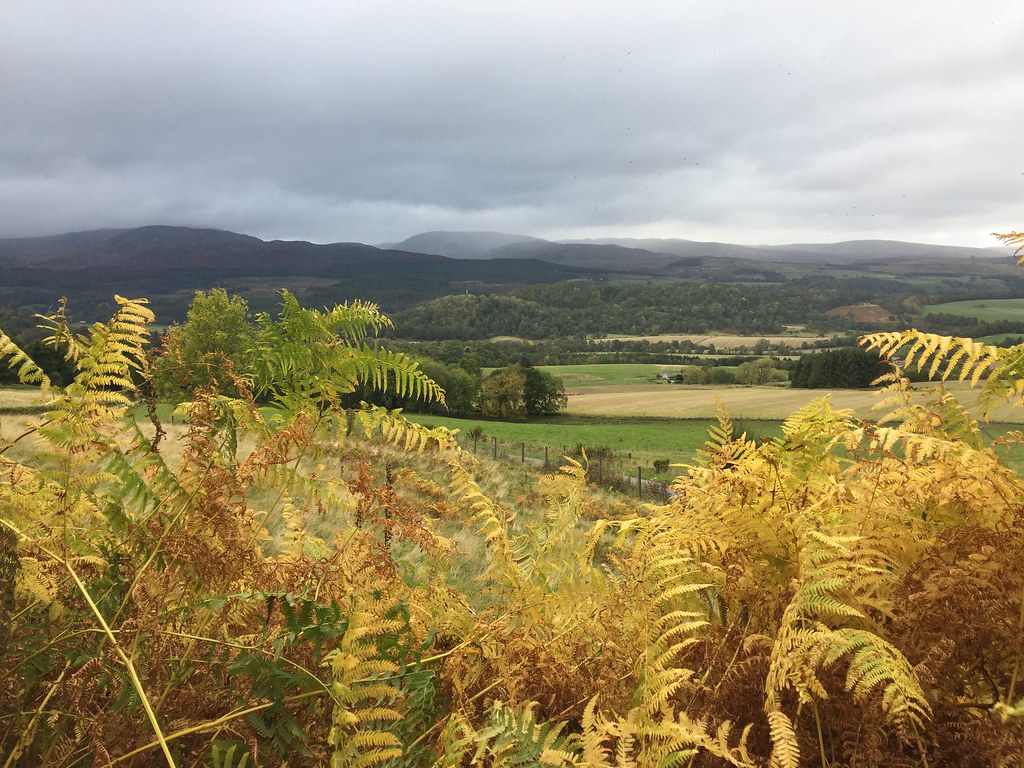 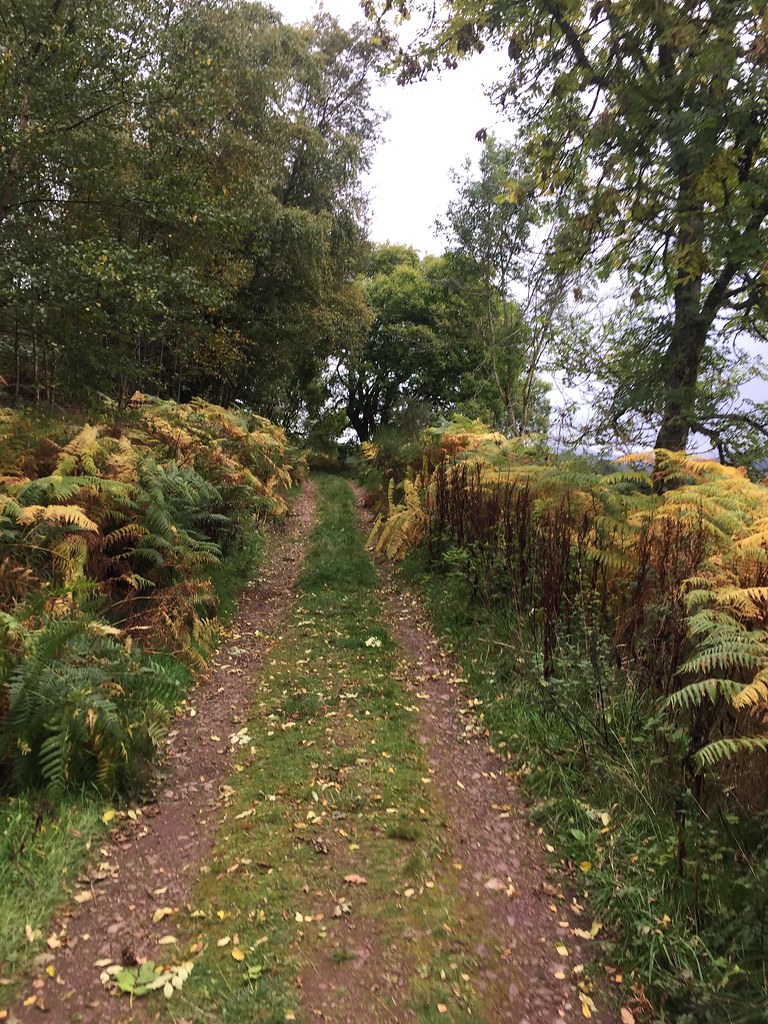 Track around the foot of Torlum 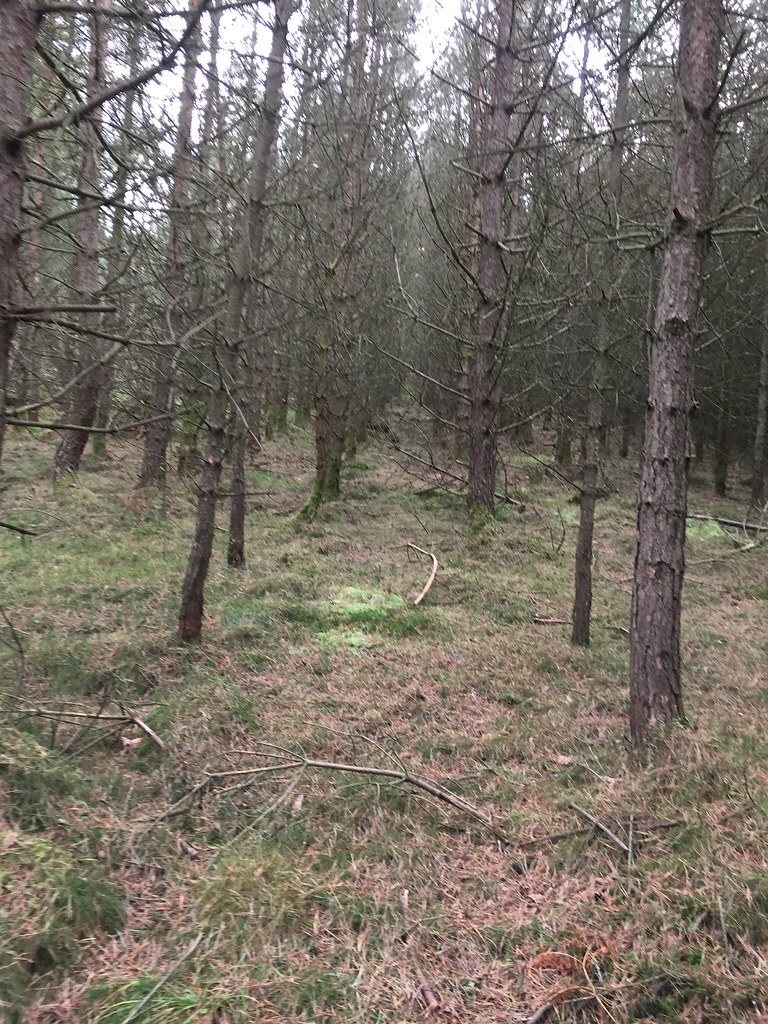 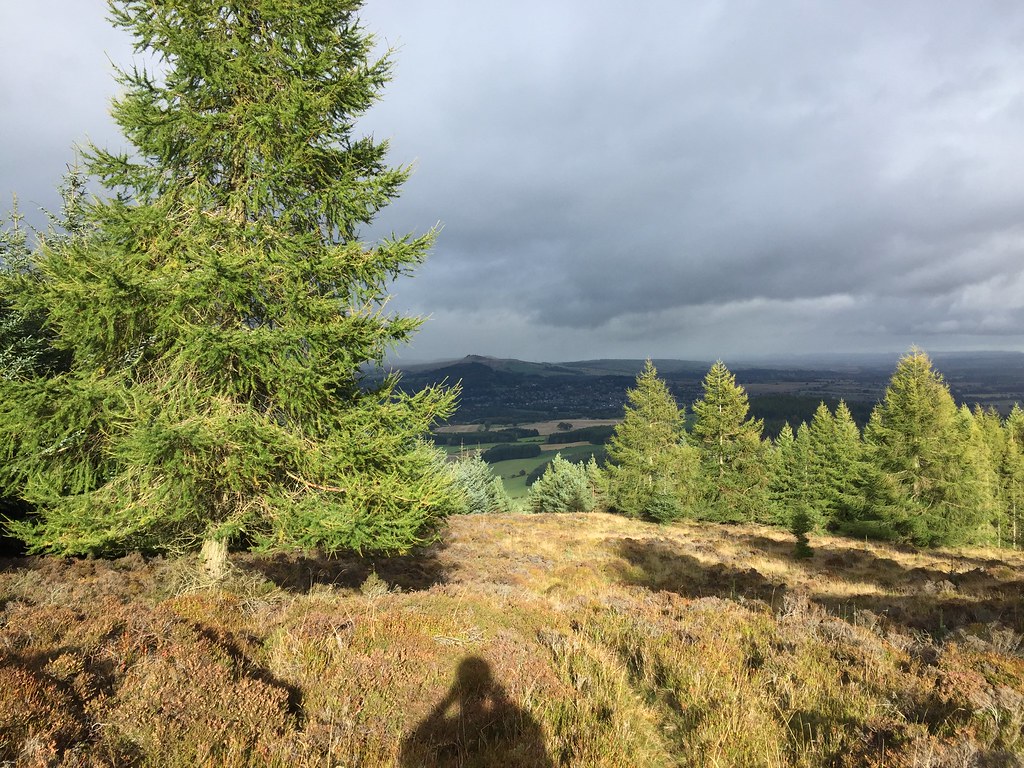 Clear of the trees 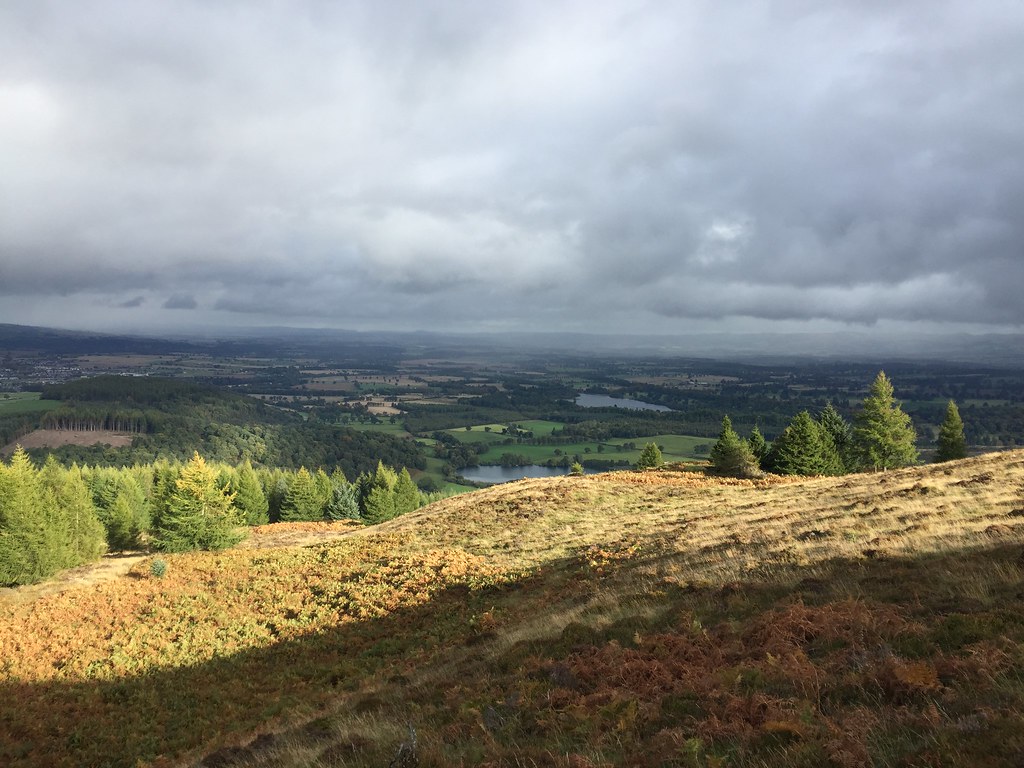 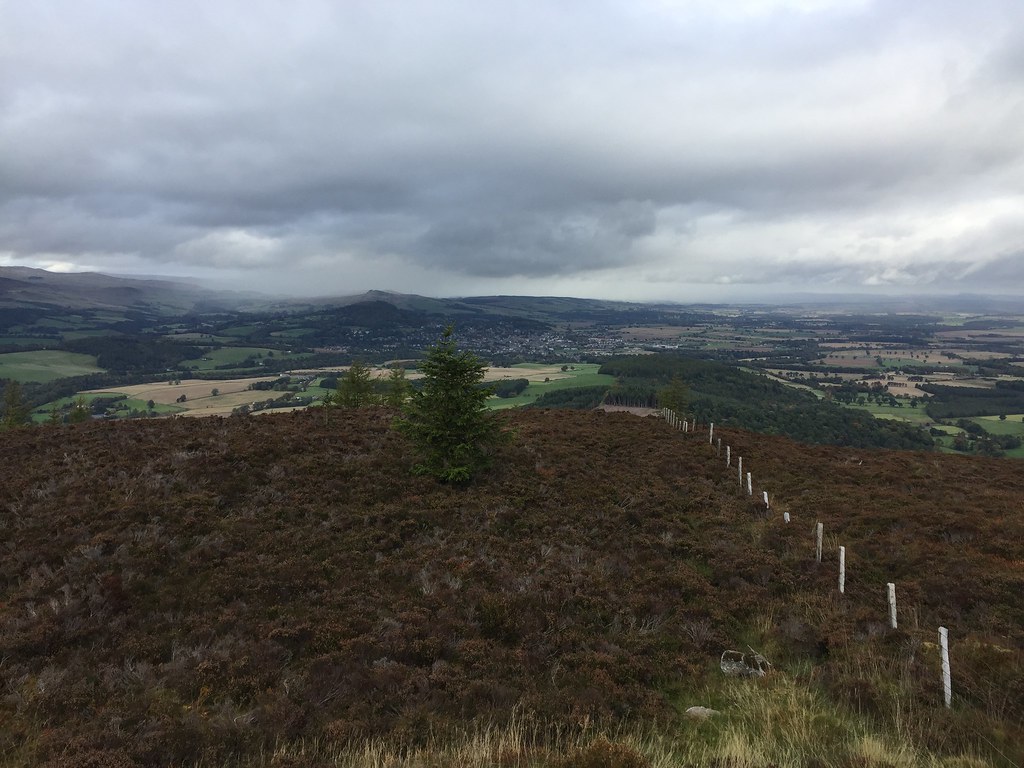 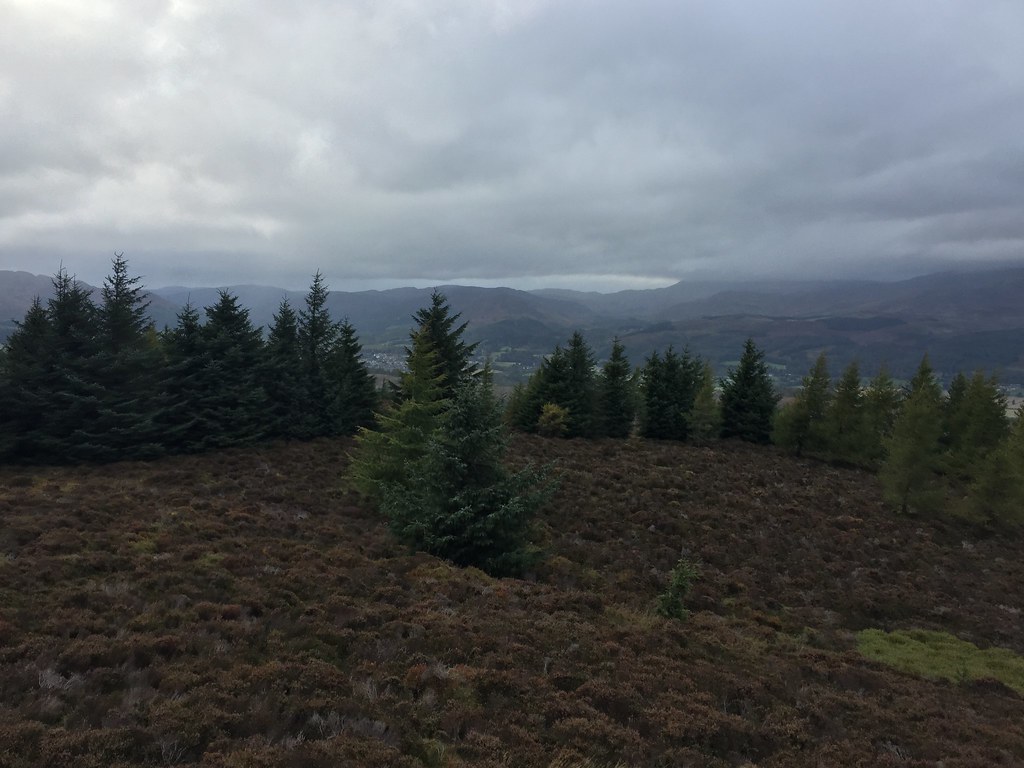 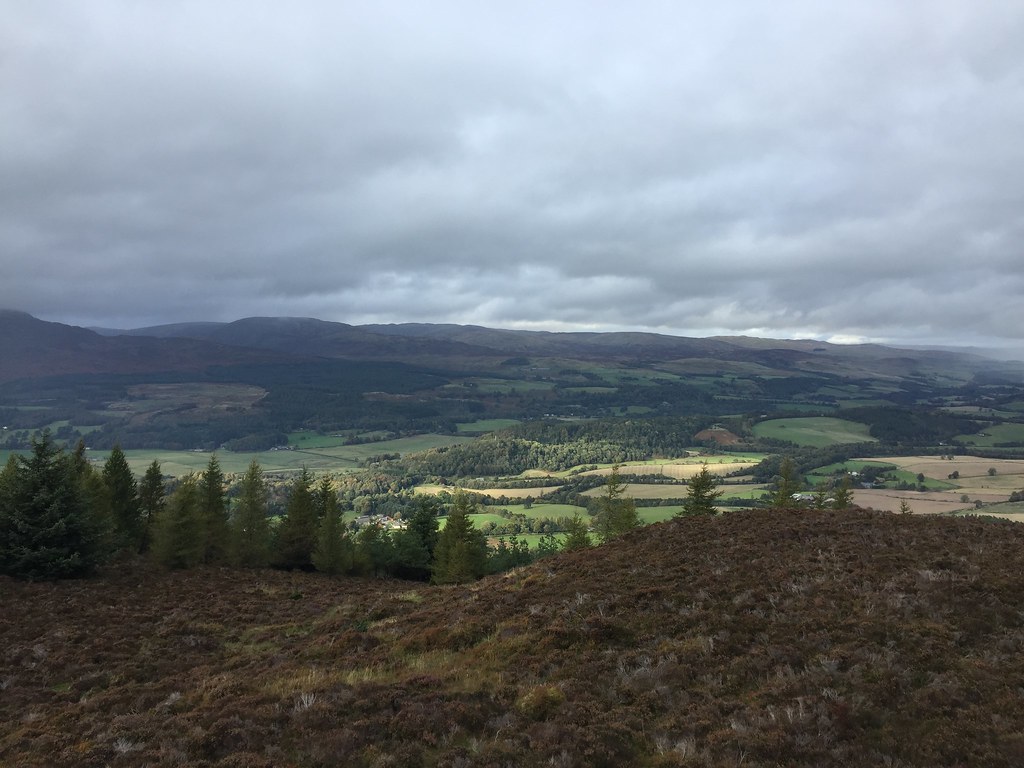 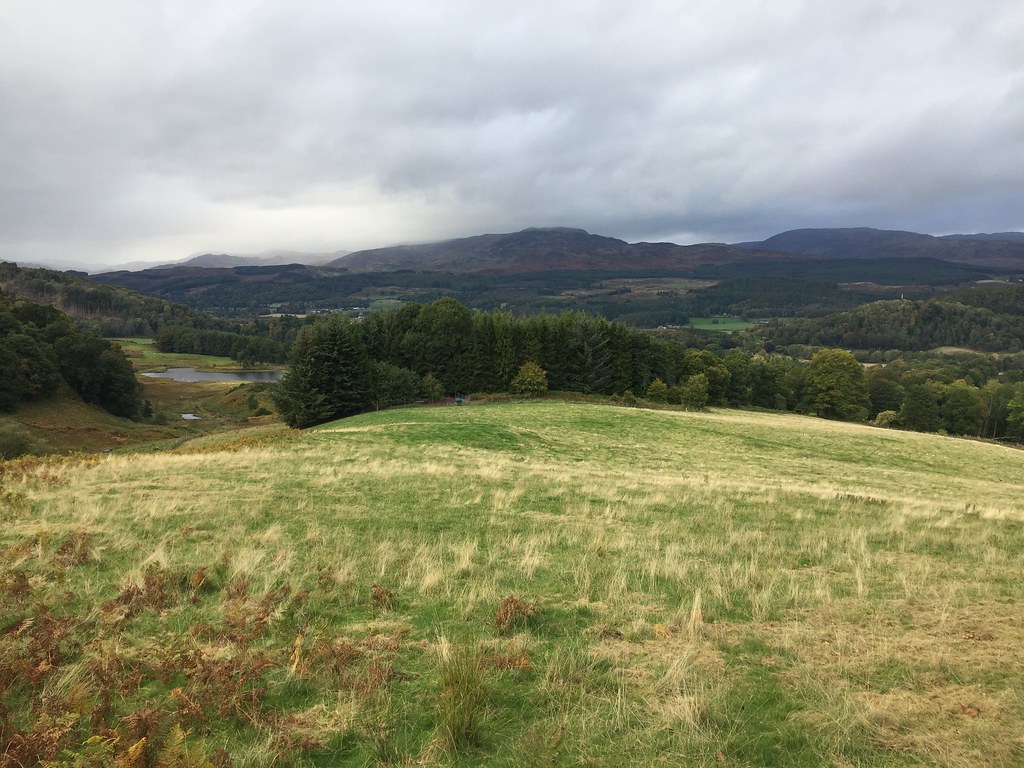 There was potentially time for more, and Ben Clach wasn't too far away, but the rain was forecast to come in at around 4:30pm, which is exactly what it did. I called it a day and headed off.

Oooh! Looks like rather a lot of forestry - I thought you weren't so keen on it...

Alteknacker wrote:Oooh! Looks like rather a lot of forestry - I thought you weren't so keen on it...

He has no recognisable principles of any kind

That approach to Drumcroy was fine last autumn until I left the modern forest and went into the better spaced older trees nearer the top - which was ankle deep standing water in places...........

. Hope you had it better.

I love the hill road from Dalnacardoch to Trinafour, there is something about it in evening light in autumn that really speaks to me.......wish I could be there this year.....and then there's the descent down the zig zags....................!

Alteknacker wrote:Oooh! Looks like rather a lot of forestry - I thought you weren't so keen on it...