Nae slow on Beinn a Ghlo

Nae slow on Beinn a Ghlo


The forecast was excellent and I decided on heading back to Beinn a Ghlo after my failed attempt in February to even get as far as the car park at Loch Moraig. Visibility wasn't the best but it promised to be a hot one later so I lathered the Factor 25 on to my coupon. The route was clear and the scar of a path was prominent on the face of Carn Liath. 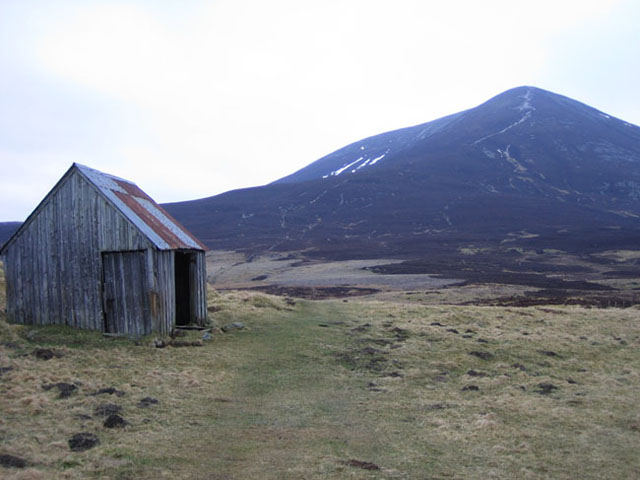 The path to Carn Liath is clear

The obvious path up Carn Liath

A fellow padder was heading for Carn nan Gabhar as he had already done the two other Munro's - I jokingly said I'd race him as he was walking along the glen and while we laughed it off, competitive Kev had to try and burn round. So, I set off at a good pace and happened along the wee hut at the side of the land rover track. From here, I headed across the heather for the path proper and it wasn't long before I was ascending. Having boosted the fitness on Meagaidh a few weeks ago, it wasn't long before I was high up and the only thing that stopped me were a flying group of geese, directly above me. I stopped and listened to their cries and the beating of their wings en masse, it was quite beautiful. Avian aesthetics aside, I tore up the final part and walked along to the summit trig point. The Trig Point with the rest of Beinn a Ghlo behind

I could now see my objectives 2 and 3. Looking along towards the 2nd Munro

I didn't hang about and ran down to the col between the 1st and 2nd Munro and here i disturbed two wee ptarmigan. I hadn't noticed before that one particular gender has a wee red crop on its head and rather than them flying off, they just sat on the two rocks - can you see them? I began the ascent up towards the 2nd Munro (unpronounceable) and it wasn't long before I was at the 2nd summit - it was notably colder here and I could feel that extra 100m difference. I had a sandwich here and a glug of water - what a superb day. The sun rays were beginning to break through and the surrounding peaks looked fab, though it was still hazy into the distance. I headed towards my final objective of the day and was quickly down to the bealach before Airgiod Bheinn. I took a wee rest here and could see a figure up ahead - could that have been the boy I spoke to at the car park? No time to waste, I began the final push up towards Carn nan Gabhar and pushed on to the huge cairn. Moving on from here, I headed to the trig point but there was another cairn in the distance. I rounded this to greet the guy I spoke to at the car park. We both agreed it was a fantastic day but rather than enjoy a leisurely lunch, I got a text with some news that my sister-in-law-to-be was taken into hospital. No time to waste, I began the return journey and headed back as quickly as I could. It was a boggy descent off Airgiod Bheinn but once back on the land rover track, I made good progress. By the time I got back to the car park, I had completed the circuit in just over 5 hours but I was absolutely buggered. Not only that but by the time I got back to Glasgow, my future sis-2-b was a lot better and ready for discharge. Typical. It had been a great round but am struggling to stay awake as I type. I forgot to mention the incredible array of bird-sound at the Loch - it was quite stunning and the full round in Summer is one I'd recommend.

Nice job on the round. The path scar is a bit of a mess.

I do like the way you've spiced up the 2nd Munro name.

And I hope your sistb has offered you a few drinks to make up for the effort, shock etc. etc.

Re: Nae slow on Beinn a Chlo

5 hours seems no bad going for these 3
glad you got good weather its been surprisingly hot this week,hope you never burnt your coupan

I really liked these hills and your report takes me back. But 5 hours - that's warp speed.

I can see the ptarmigan -do I win a prize