Sub 2000' hills included on this walk: Cnoc Moy, The Slate


I have been looking at this group of hills forming the skyline above Machrihanish for over 60 years whilst on holiday at our caravan at Westport on the north end of Machrihanish Bay and thought it was time they were climbed.

The Slate is another awkward sub-2000 Marilyn cloaked in forestry. The 1:50,000 map doesn't show the firebreaks which appear to show a route to the top on the 1:25,000 map but no - the firebreaks on the map do not correspond to what is on the ground. I had failed on a previous attempt using GPS with 1:50,000 mapping and found another GPS with 1:25,000 no better trying to access the summit using firebreaks. Having assessed satellite imagery I thought the next best possible approach would be taking a direct line due east from the corner in forest plantation with meeting point of 3 fences giving the least amount of forest bashing to the summit clearing.

The start could be from the Kyntyre Way end point at the lay-by in Machrihanish where there are adjacent toilets. However, 3km and 100m ascent can be saved by driving the potholed single track road to the car park / picnic area just before Ballygrogan Farm and walking part of the Kintyre Way to the watershed below Creag nan Cuilean then over clumpy grass following Allt Mhic an Tanner, with a bit of ATV track, up to the corner of forest where 3 fences meet. About 20 feet beyond the fence stob, deer appear to have made a way through the trees to the summit (I forced a way through the trees directly from the fence stob, marking route with broken branches). The Slate 384m summit is difficult to determine as it is unmarked and quite a few peat hags seem to be about the same height (4.6km and 293m ascent 3hr).
After retracing route back out of forest, it is more clumpy boggy ground along Creag nan Cuilean 357m and beyond to get around edge of forest then south down past a wooden shooting hut to 200m and up grassy slopes to west of the fence rising to Cnoc Moy summit trig 446m (7.65km 543m ascent 5hr). Machrihanish Bay and Tangy Wind farm are noticeable to north.
Return is directly north down grassy slope to col and short contour west on ATV track, then north to pick up Kintyre Way track back to Ballygrogan. 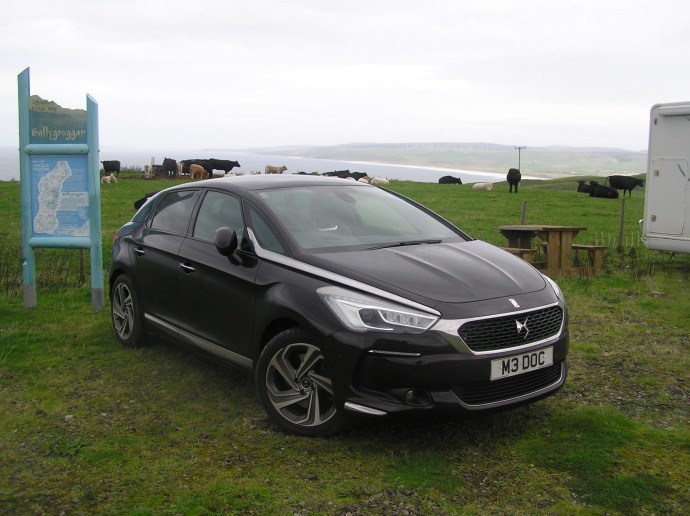 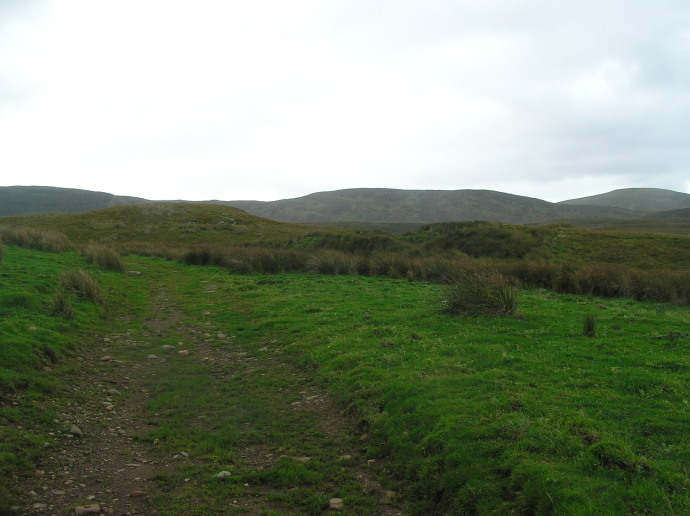 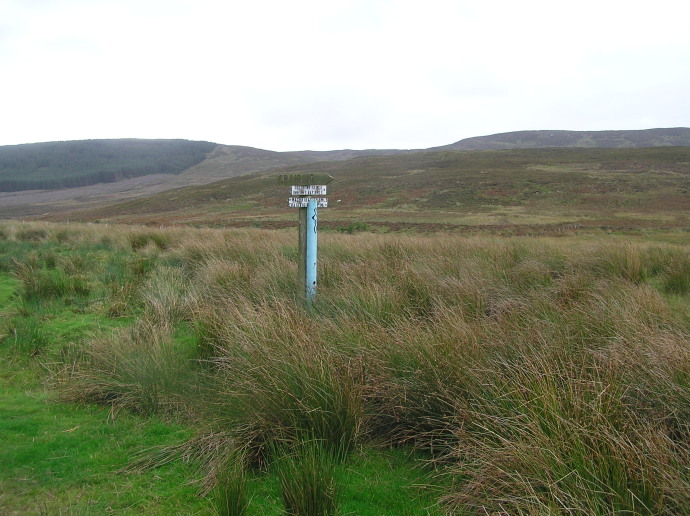 The Slate and Creag nan Cuilean 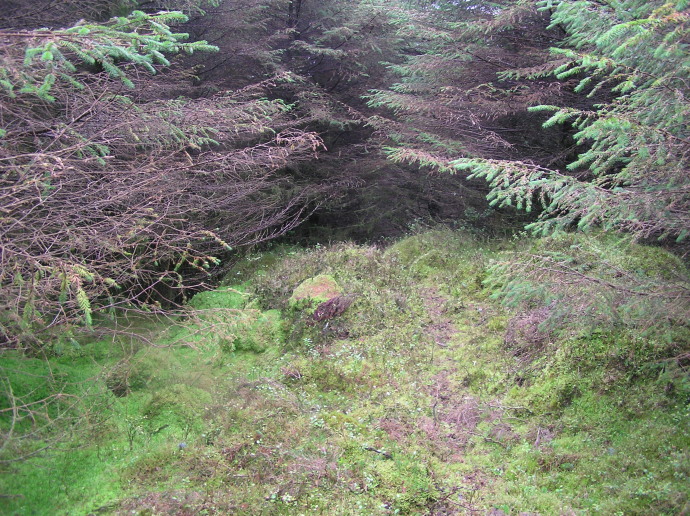 A "way" through the forest 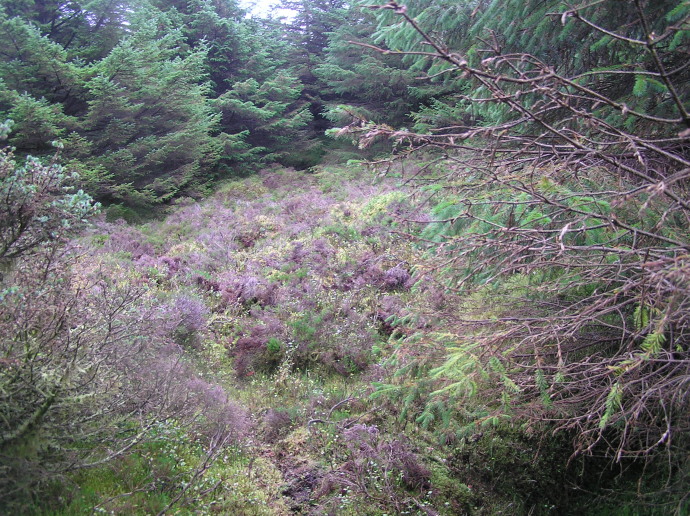 Another view of the forest bashing "route" 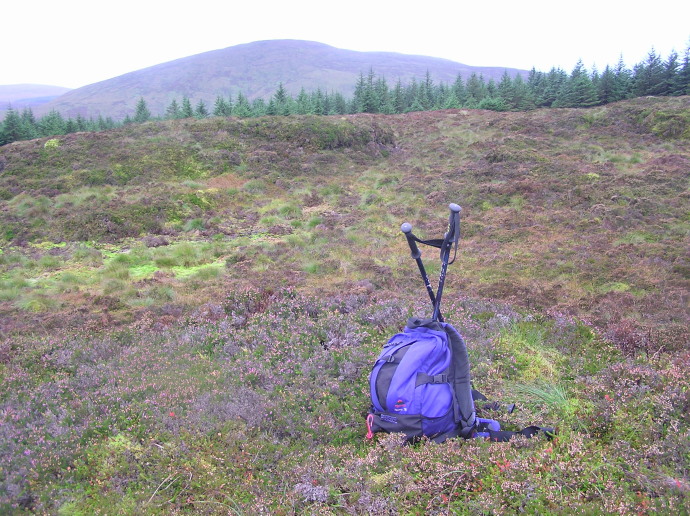 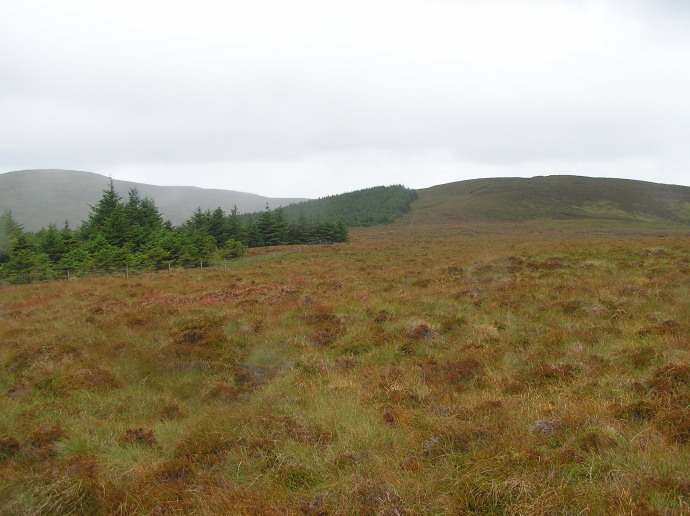 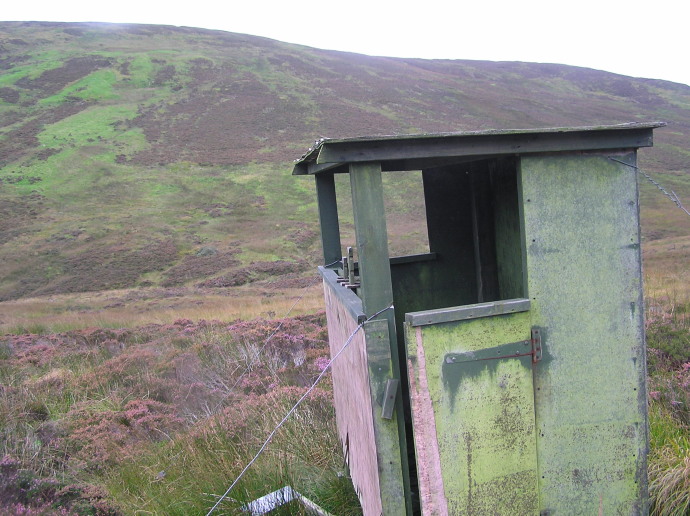 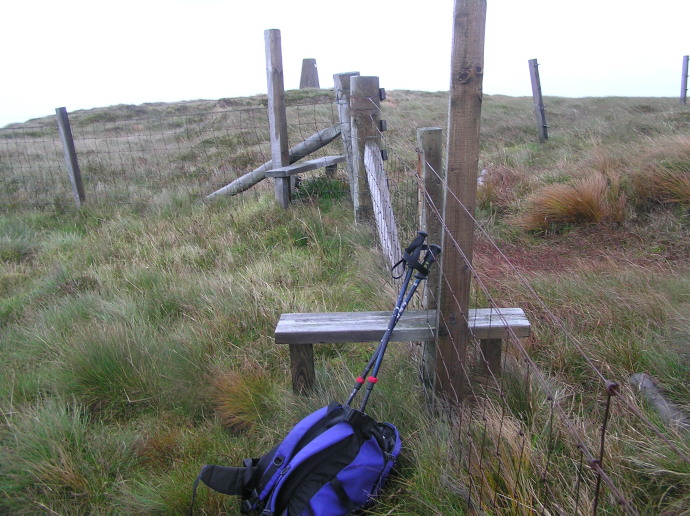 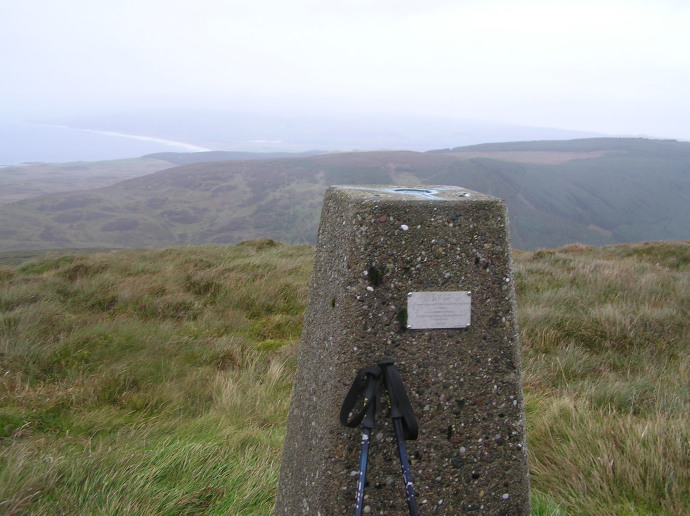 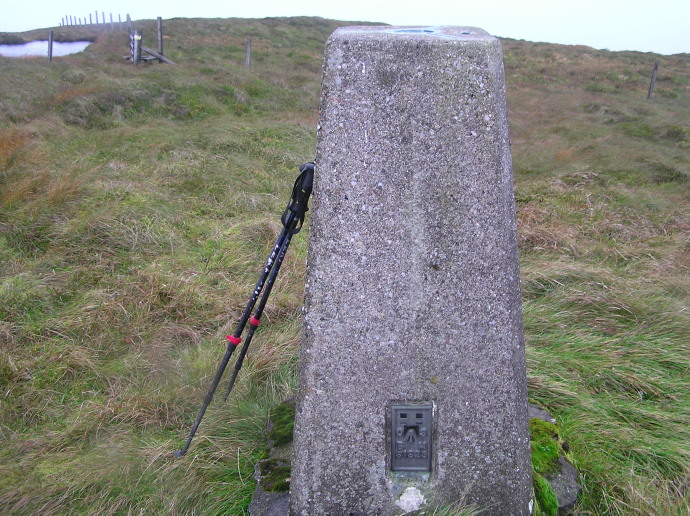 I thought it was just my incompetence that we couldn't find our way in the forest. We did it from the south (Ballygrogan Farm) and had the positions of the alleged rides on my android, however, they seemed to diverge from the true facts about 300 metres away from the summit It was early days for digital mapping for me, and husband just can't be bothered with it.. Coming out, husband told me he was fed up with my rubbish and we just battered our way out westwards sometimes walking backwards so the branches didn't get our eyes. There was a decent path along a fence which we followed for most of the rest. On my report I wrote "On the dome of the summit, any one of the peaty prominences could have been the top, so we located it with the GPS".

Hi Sgurr
Ballygrogan Farm is to the north, my start point. If your approach was from south was it from another farm?

m3doc wrote:Hi Sgurr
Ballygrogan Farm is to the north, my start point. If your approach was from south was it from another farm? 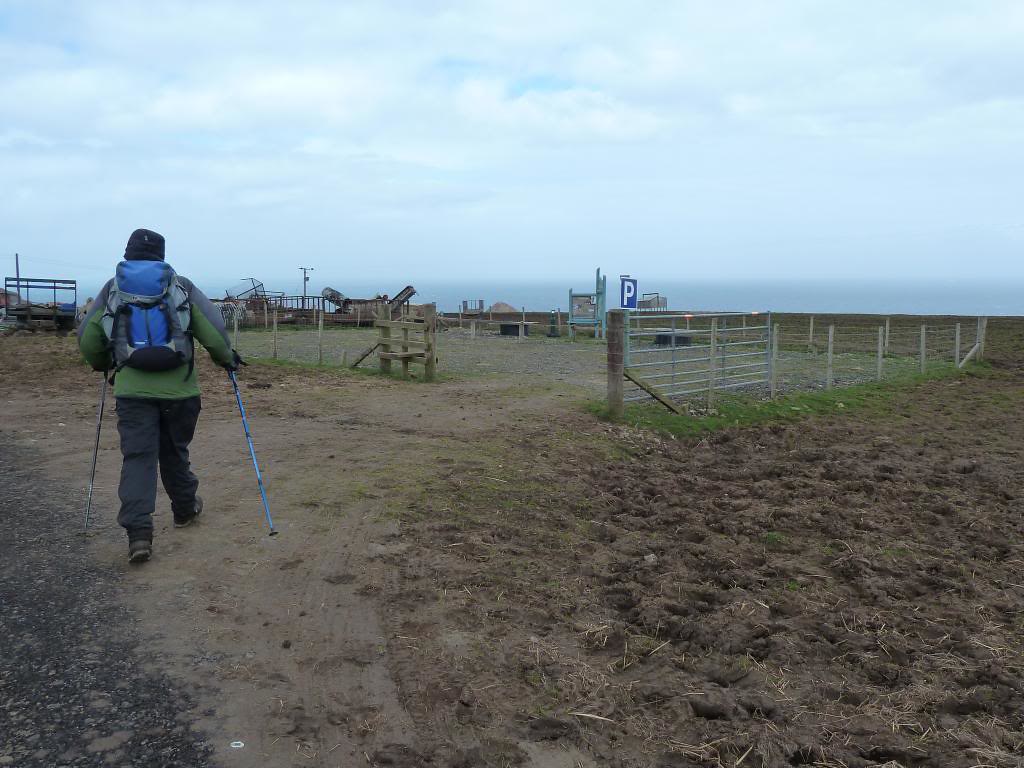