Having lived in Aberdeen for several years, we'd frequently passed underneath Kinnoull Hill on our trips down south via the A90. We'd often commented on what a good viewpoint it must be, but we'd never actually got around to climbing it... until September 2018, and several changes of address (and city) later! A blue sky forecast made this a perfect day for our first trip to explore Perth - starting with Kinnoull Hill itself. The route we followed is the same as the one on WH's, except we started on the east bank of the Tay where there's free street parking.


Kinnoull Hill.gpx Open full screen  NB: Walkhighlands is not responsible for the accuracy of gpx files in users posts

Views of the city from Perth Old Bridge: The route heads along Tay Street before crossing back over the river on a path alongside the railway: On the other side, paths and pavements climb up through suburbia, past Branklyn Garden (a National Trust property) and various back gardens. Into the woods beyond, with occasional views back to the city: 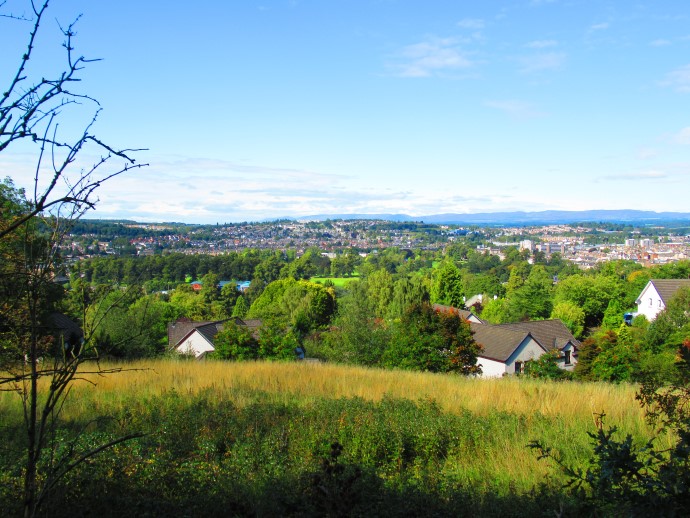 Soon enough we were at the summit, where there's a viewpoint indicator and broad views northwest towards the Central Highlands: The real draw though is the views to the south, where cliffs fall away almost to sea level. The River Tay, A90, Fife and Kinross-shire are all well seen: 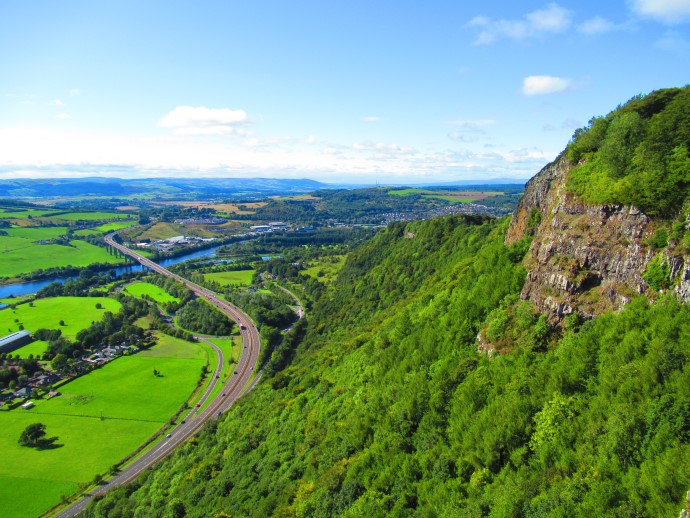 There are several spots eastward from here where you can admire the view, ending with a folly which adds to the picturesque scene (in one of the photos above). We then looped around to the north through trees towards another viewpoint at Corsiehill, which is a good vantage point for the Cairngorms: Back along residential streets to Perth, with some very smart new houses on the way. We very much enjoyed our exploration of this wee hill above the Fair City - it must be nice to have such a beautiful spot on your doorstep.