A bothy meet had been planned for a wee while and Daz, Graeme and I met up at Perth to be whisked North in Daz's new Honda. Talk about spaceship interiors, it wasn't long before he had has verging on warp speed up the A9. As it happened, I had just purchased a Fukifilm camera for some 10 Megapixel shots. Anything to perhaps get more clearer detailed pics for hill afficionados. We left the Enterprise at Dalnaspidal galaxy and began the long walk along Loch Garry with heavy packs but light hearts. Although the cloud was not lifting, our spirits were and we were just getting into the walk when Darren announced that the Blisterons were attacking in full-force on ankles. A hostile species threatened to force Daz to turn round and abandon all bothy and peak ticks. Fortunately, he managed to hobble to Duinish and once he saw the rather lovely bothy and we deposited our future carbon footprints, it was full thrust to our objective for day 1. Wounds attended to and several kilos and skin layers lighter, we made for Beinn Mholach. An initially boggy ascent became much more interesting as we hit the snow and craggy asteroid belt. Then began the walk along the plateau before we eventually made out the huge cairn that resembled a dun. Unfortunately, cloud level was down so visibility was limited to only a few glimpses of Loch Rannoch and beyond. I would imagine this would be quite a spectacular, wee hill in visibility but any day that it doesn't rain on the hill, does for me. Before we left to return to space-docking station for the night, I did take a photo of a cracking mini-species which had colonised one of the cairn rocks - like a fanfare of trumpets sounding out its tune. The return to the bothy was fine and once the fire was on, we sat and relished the heat of the fire, the hot chilli beef jerky and some fine ale and uisge beatha. The jokes were terrible. At 0500, we awoke and breakfasted before heading out with headtorches to seek out the Graham, Creag a Mhadaidh before finally heading back over Meall na Leitreach to the awaiting Enterprise. I thought these two hills were quite uneventful or maybe it was a lack of caffeine which was turning me into a monosyllabic zombie - not even pain au chocolate could wake me from my dwam. CaM must be one of the most unfrequented hills in Scotland but it's large cairn and view down to Loch Errochty make up for its apparent ignominy. There was some discussion about whether we were at the cairn on the latter after the bog hop but we did a recon mission and found no other cairn, this had to be it! A swift return down the hill and the A9 had us back to Planet Pearth in no-time. Another fine hill expo with Dazulan and Graeme the vulcan. We made it so. 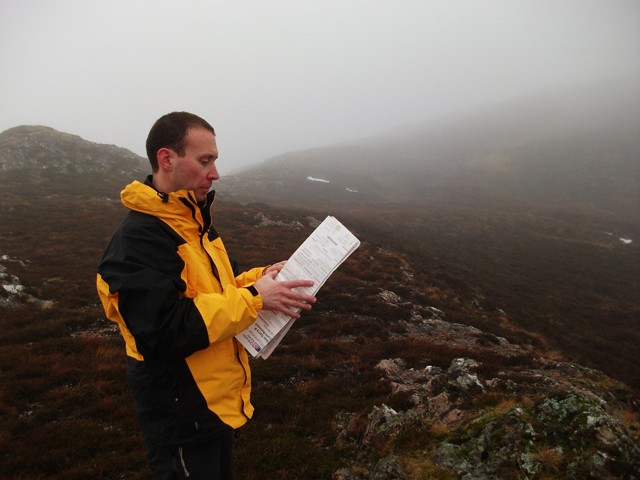 Which satellite to aim for? 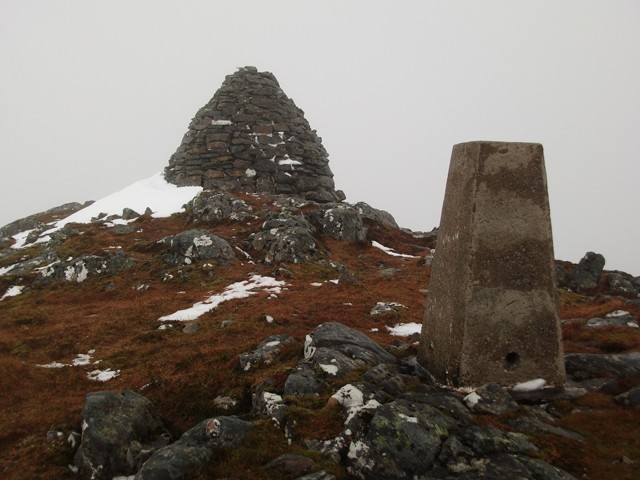 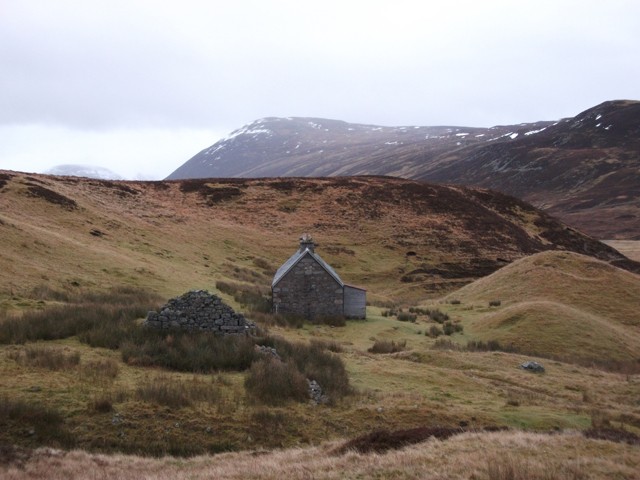 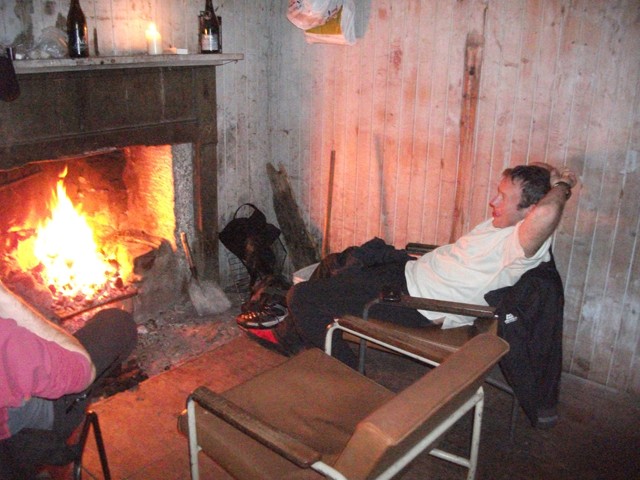 Much enjoyed, as a) I didn't know there was an open bothy there, and b) I was looking at a route on these hills just the other evening! Not much in the views department to tell me what I might see, but seems like you had a decent weekend anyway

I cannae see if Darren has his eyes open or shut in that picture by the fire, but my money says they're shut!

They were melted shut.